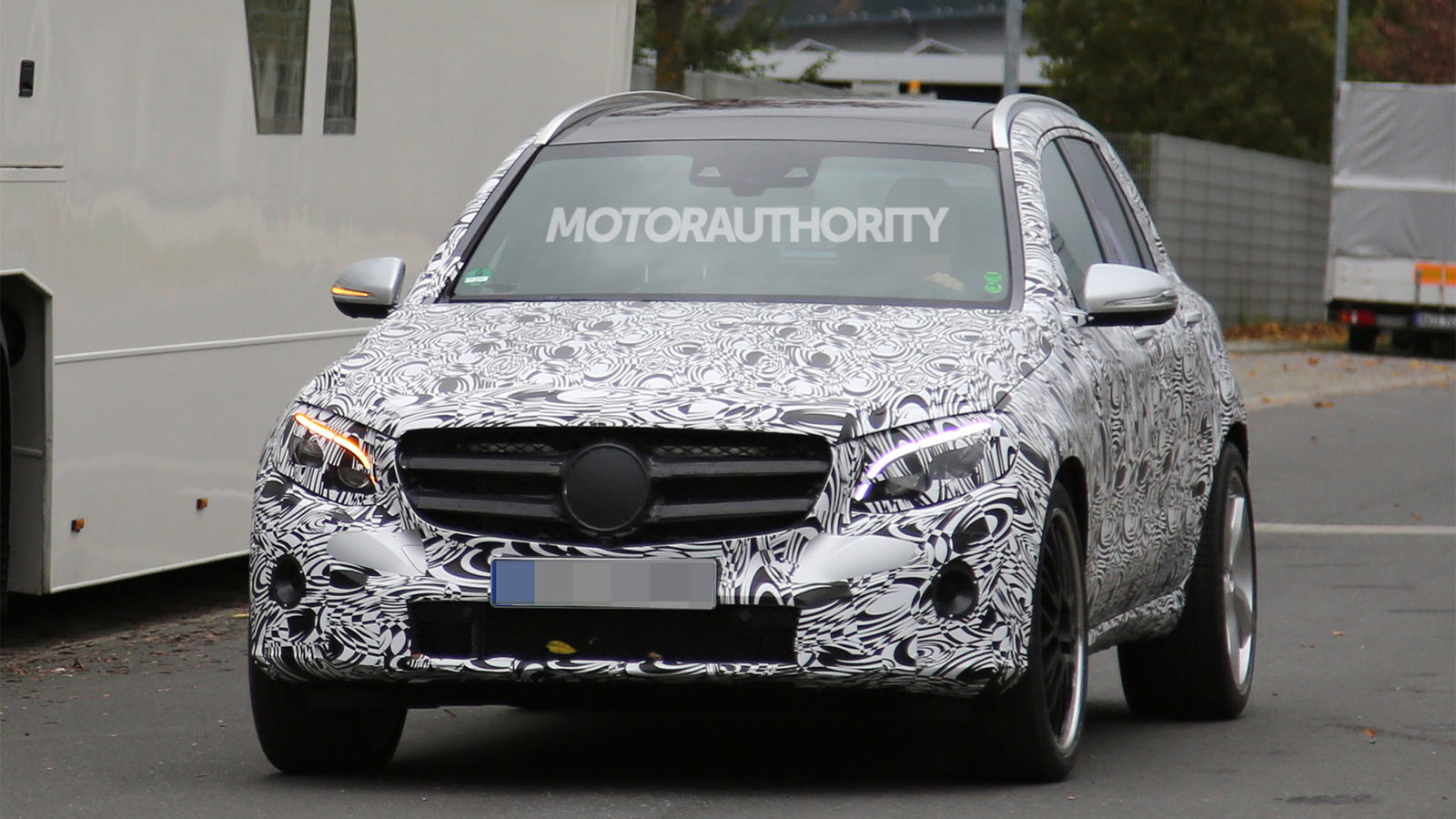 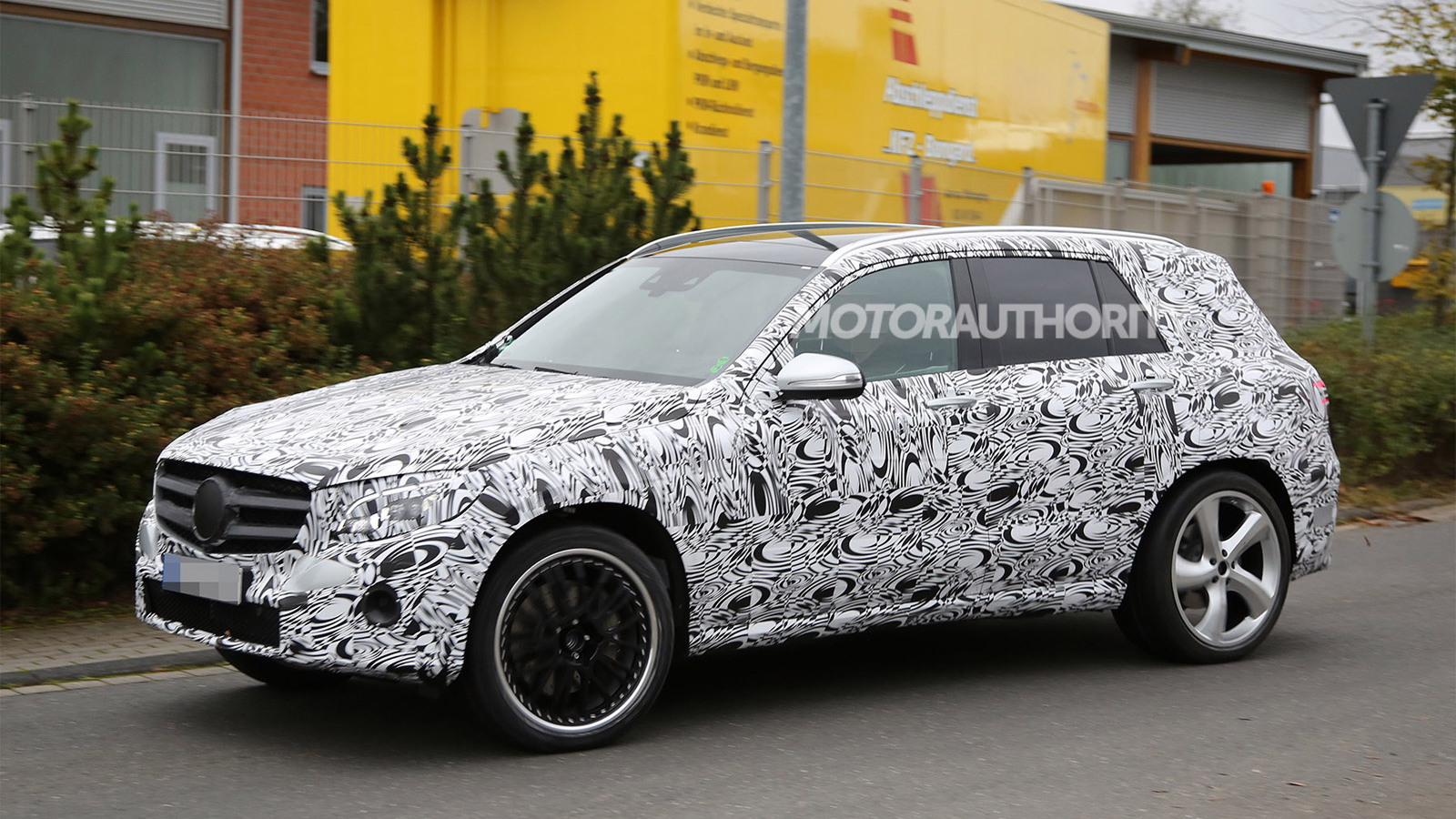 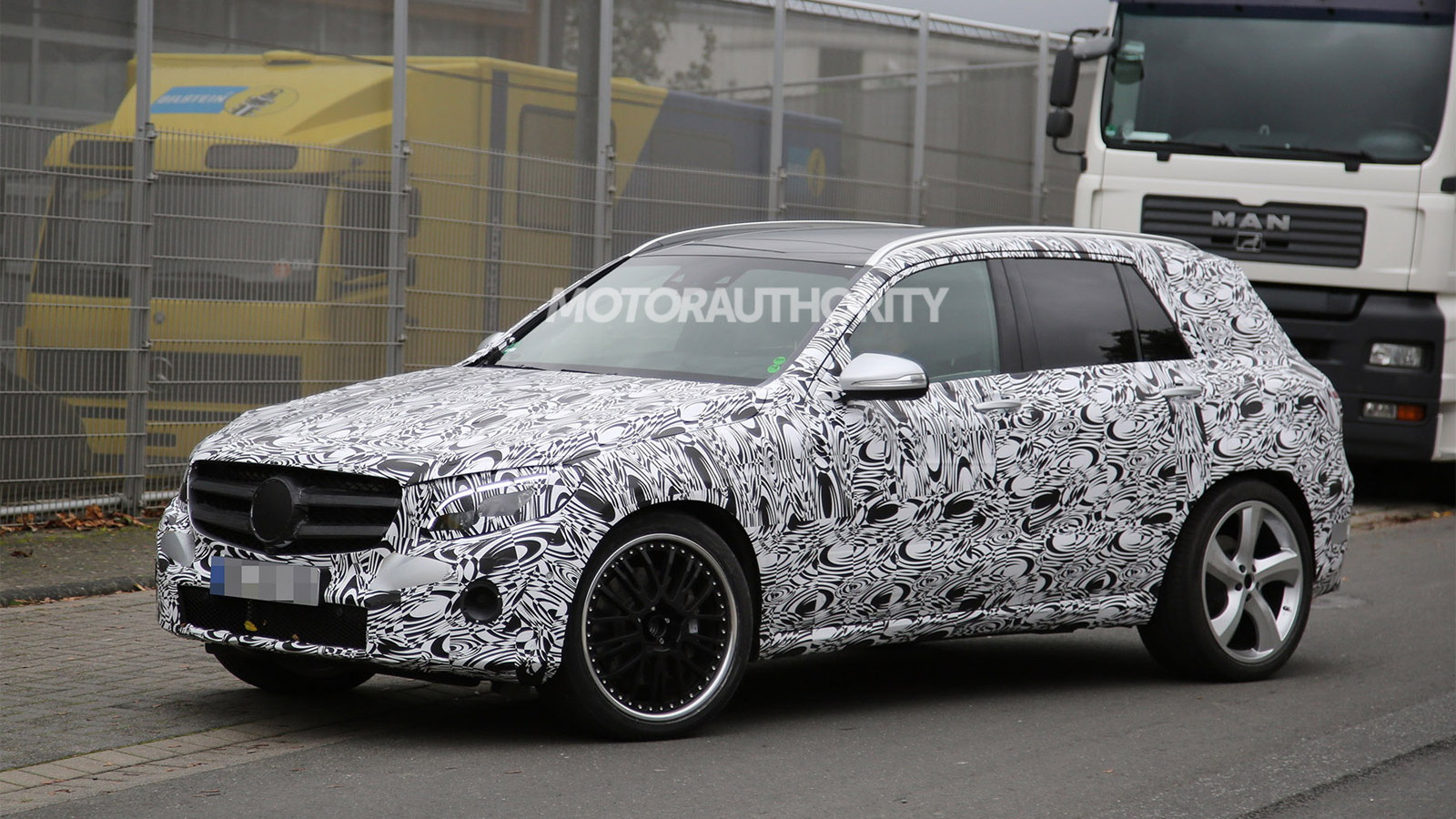 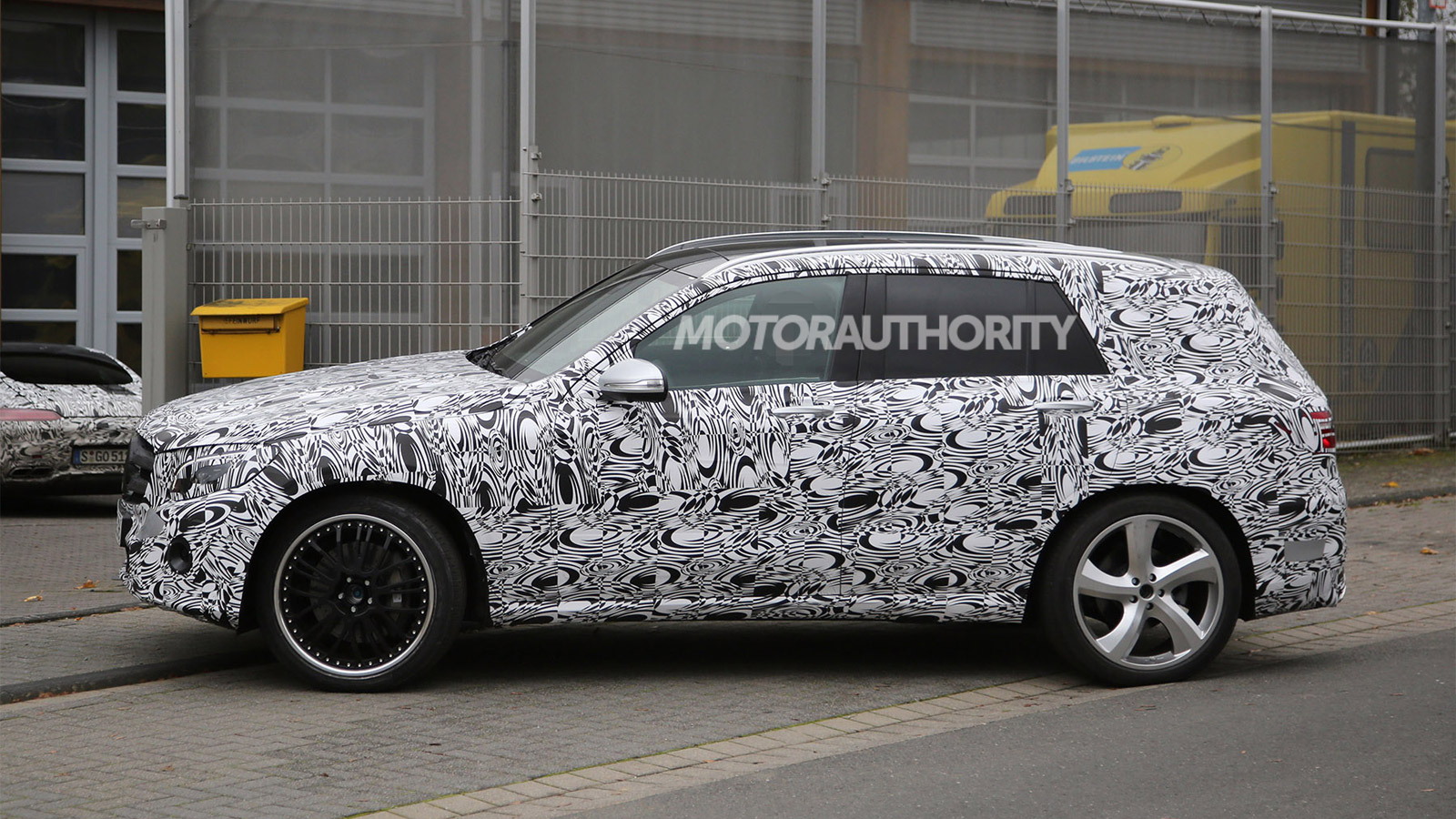 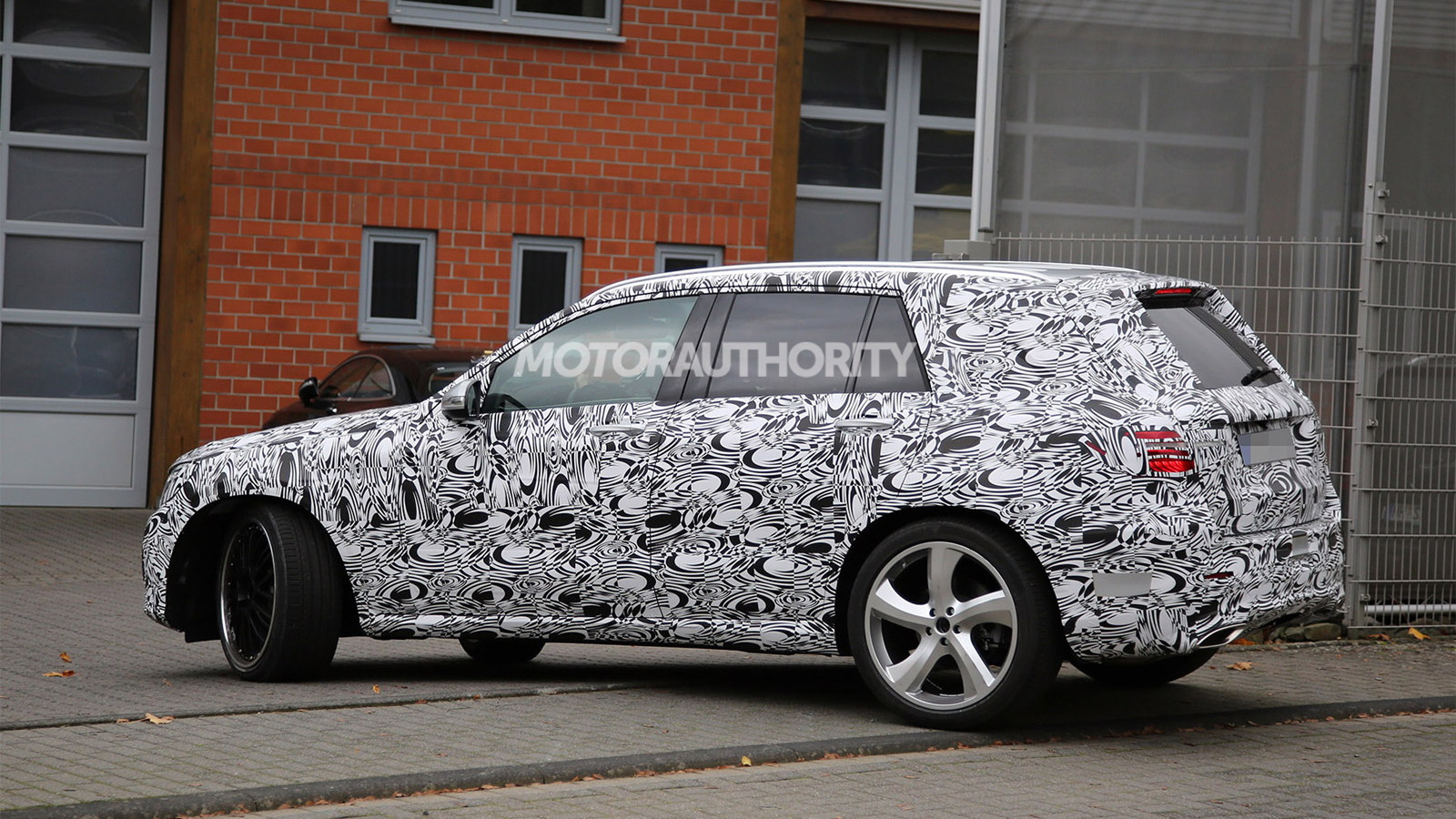 This might look like one of the many prototypes we previously saw for the 2016 Mercedes-Benz GLC, the replacement for the GLK small SUV, but it’s actually a prototype for a performance-oriented GLC variant due out next year.

We’re not talking about a dedicated performance model from Mercedes-AMG, though that's expected at some point as well, but rather one of the tuner's tamer models sporting the 43 designation.

This means the vehicle should be labeled a GLC43 and powered by the same twin-turbocharged 3.0-liter V-6 found on other 43-series models. The list already includes the C43 Coupe, C43 Cabriolet, E43 and SLC43.

Note, a prototype for a GLC43 Coupe has also been spotted, a model likely to debut alongside this GLC43. Common to both should be a peak output of 362 horsepower and 384 pound-feet of torque, 4Matic all-wheel drive and a 9-speed automatic transmission.

As shown in the spy shots, the vehicles will also benefit from lowered suspension, sportier body kits and uprated wheels, tires and brakes.