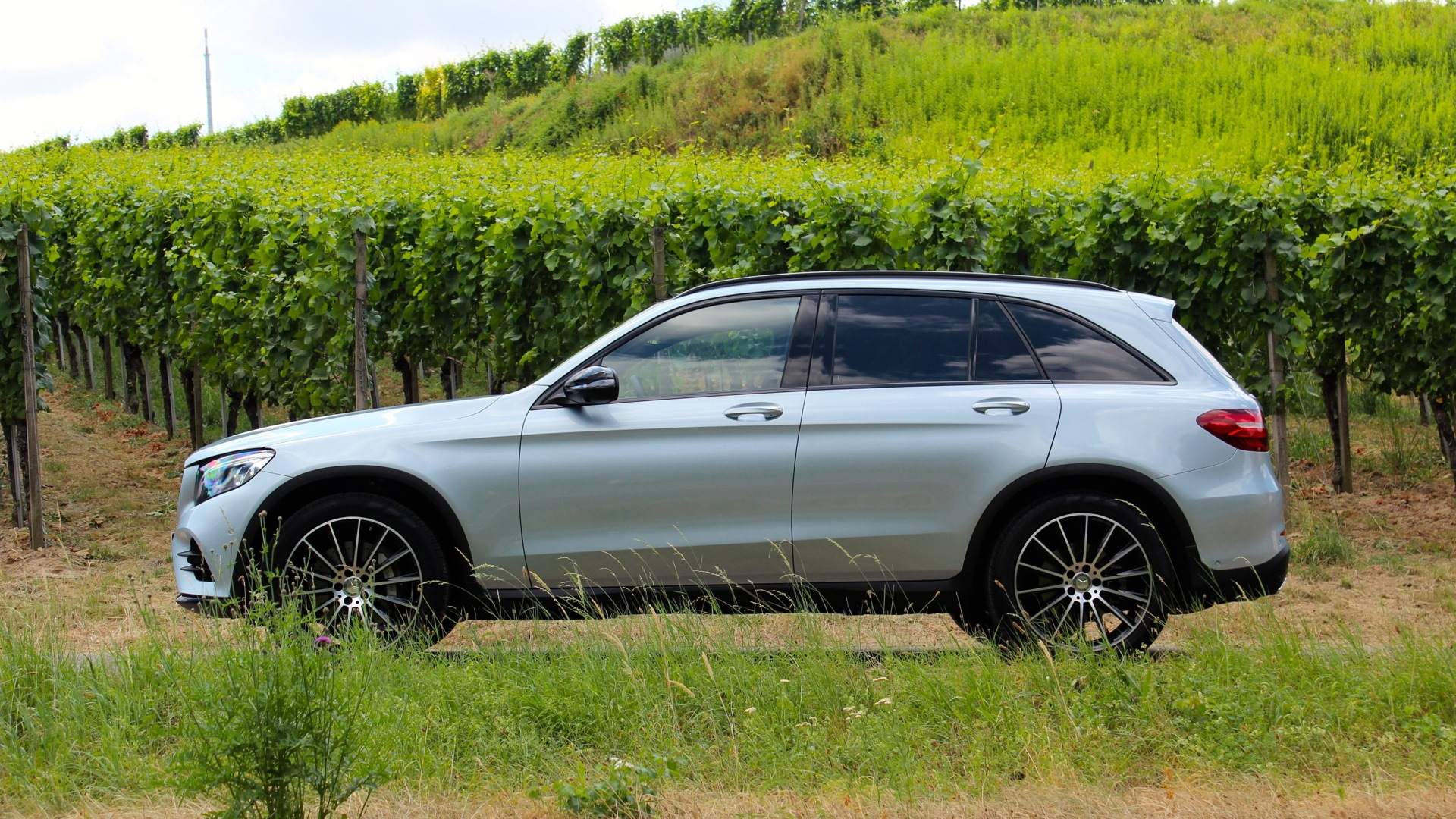 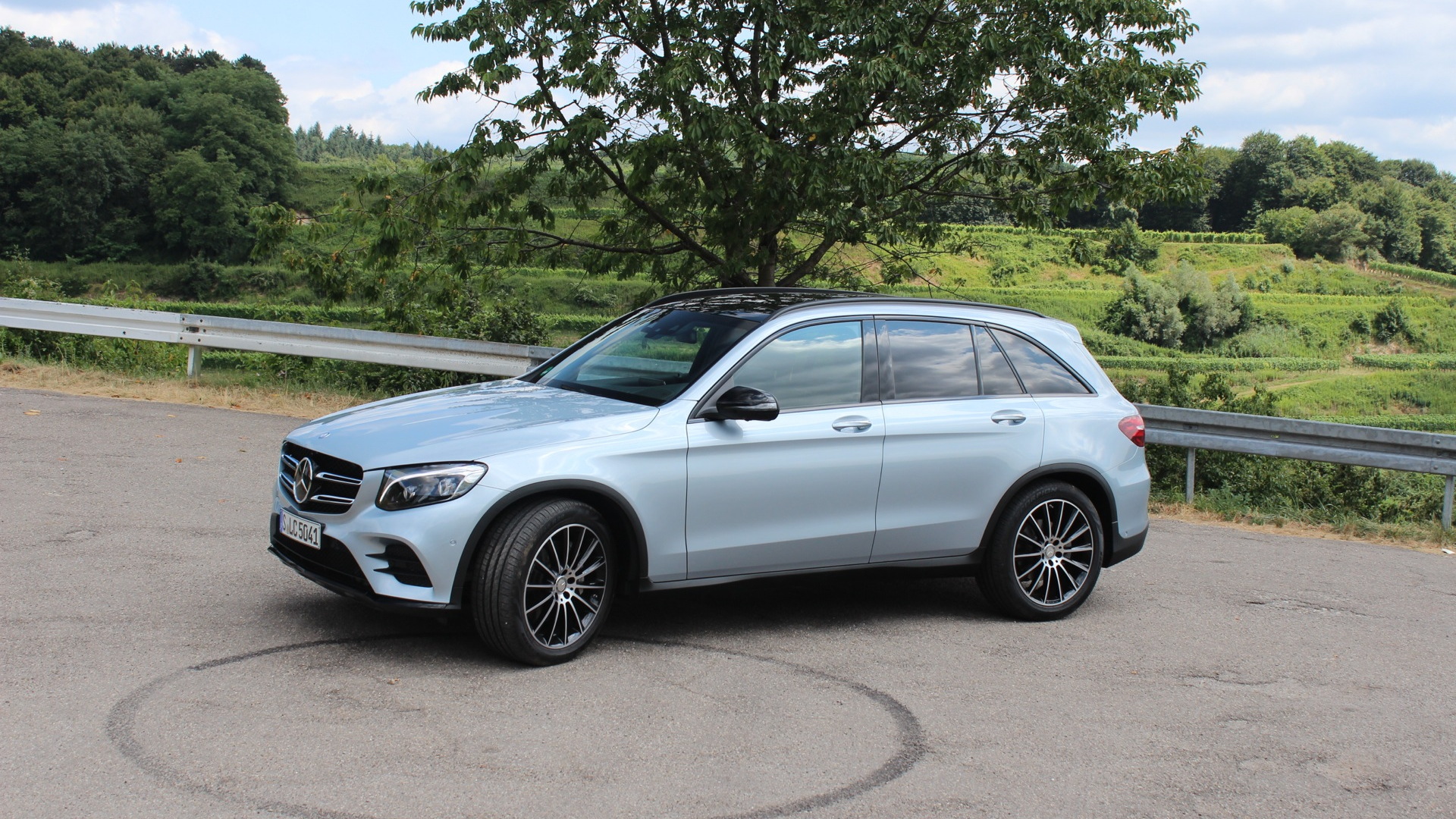 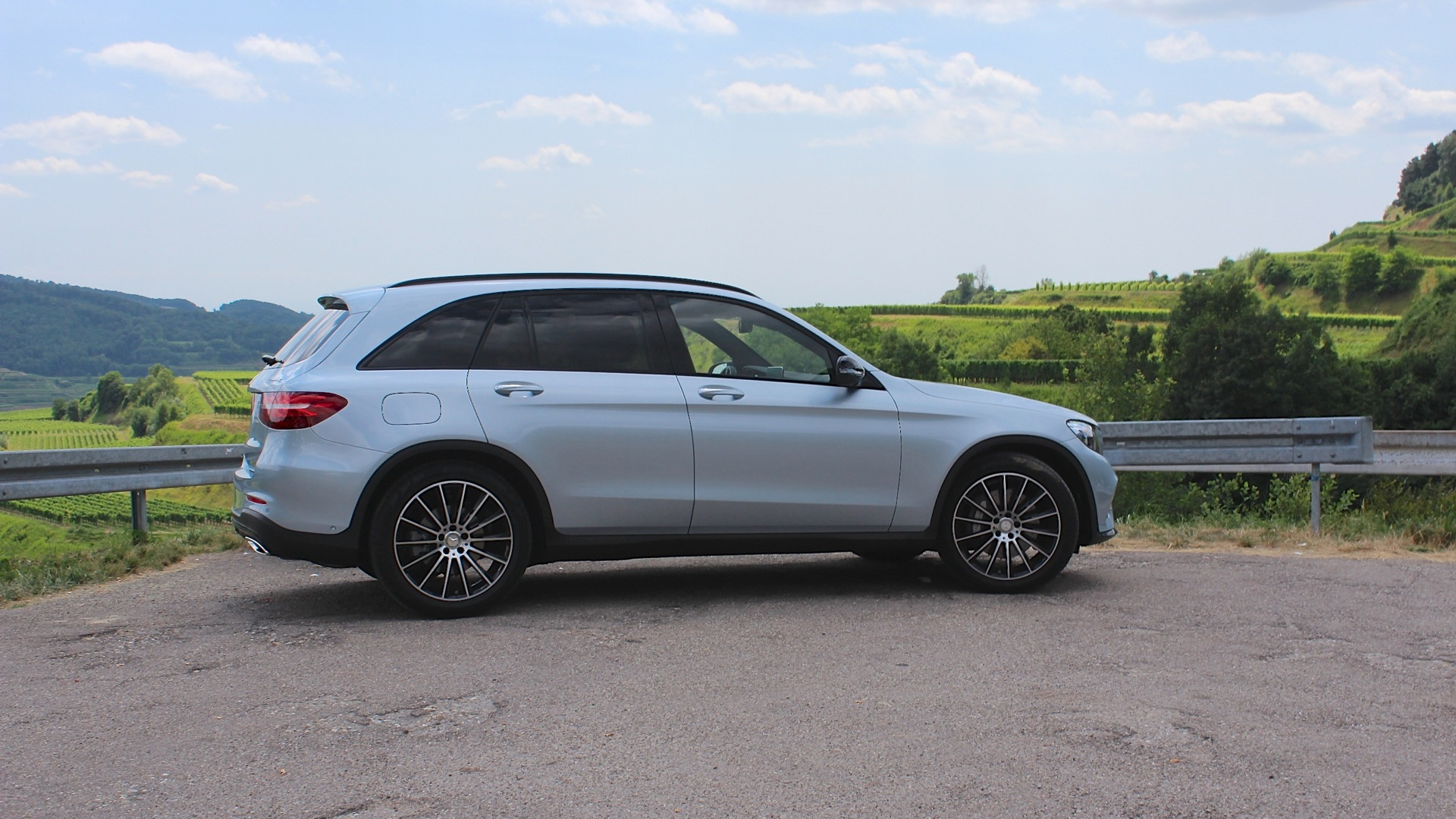 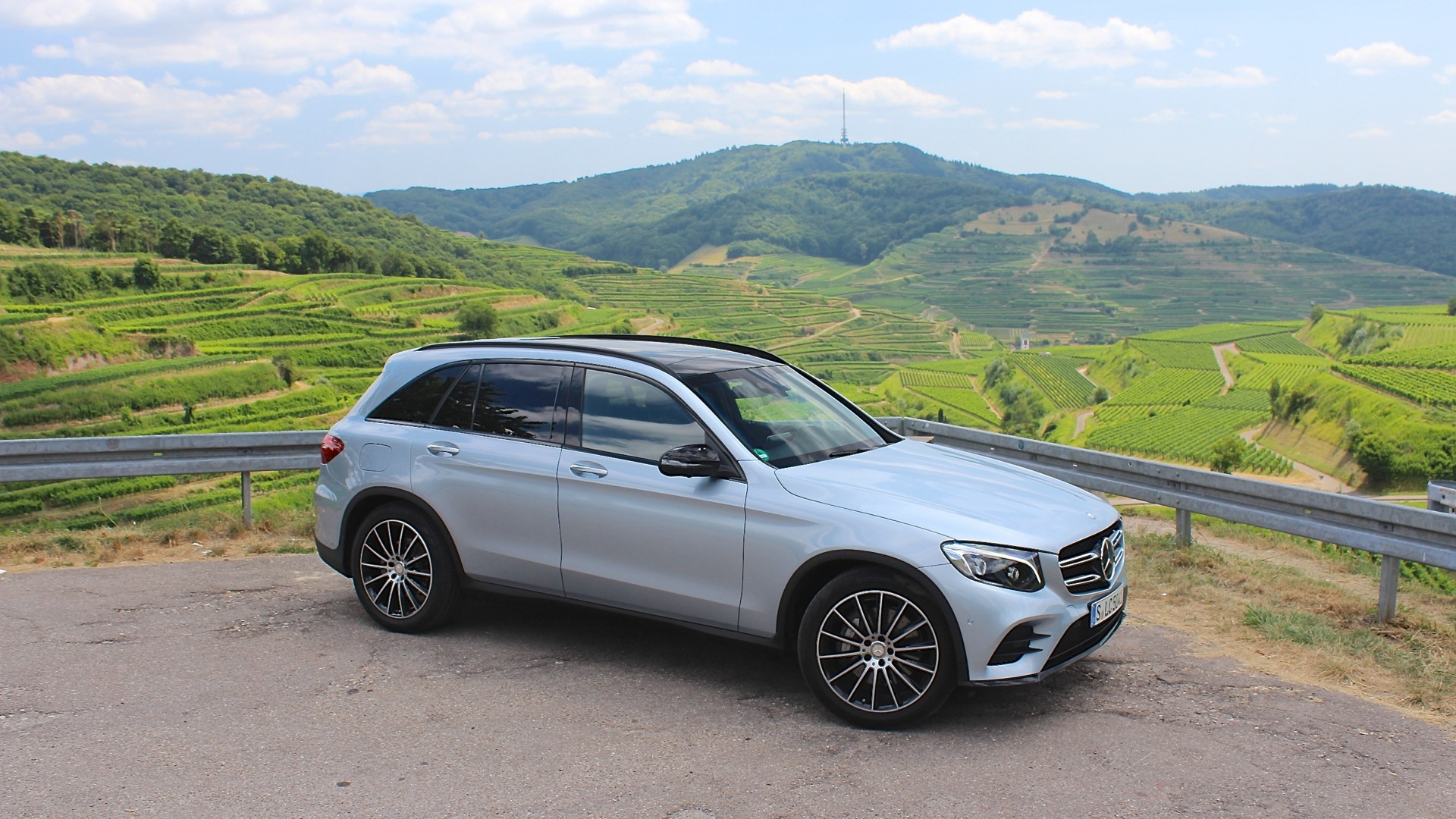 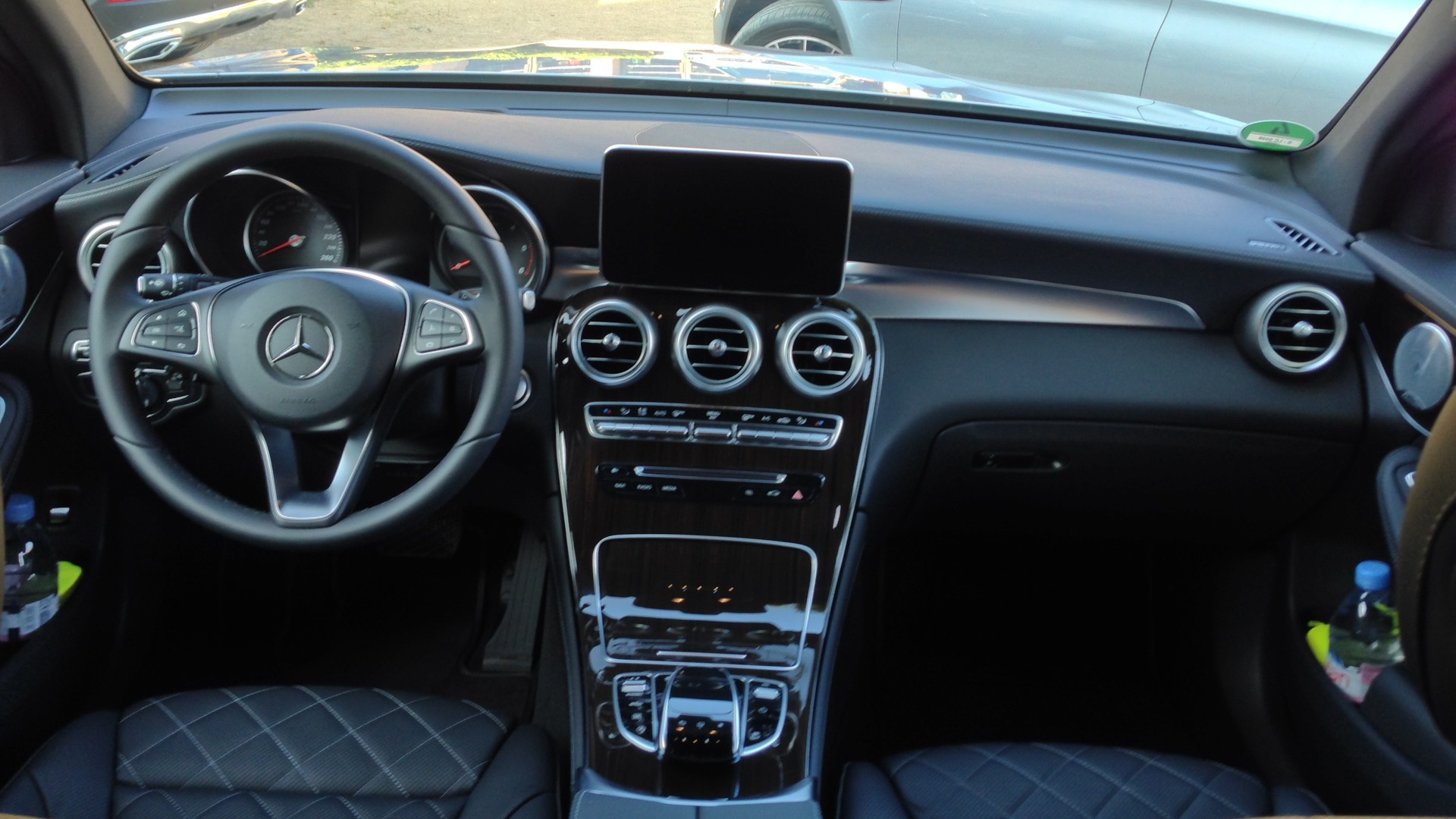 The 2016 Mercedes-Benz GLC-Class will arrive later this year, as a new nameplate with a look that’s entirely different than that of its predecessor. And behind it, there seems to be an indelible backstory.

Automakers don’t often point much to predecessors as they’re introducing new vehicles, but it’s not that often either that they make such a dramatic change in course such as this. So this past week as we attended a first drive of the new GLC, that backstory seemed in the forefront.

Boxy and quirky might have a place at the affordable end of the market, but it can be a harder sell in a premium vehicle. That’s what Mercedes-Benz has found out with the GLK, the outgoing version of its compact crossover utility vehicle that, we think, would have sold like gangbusters if it had worn a mass-market badge (and price).

Its chiseled, boxy look and tall greenhouse are charming to this day, we think, yet it’s readily apparent why a fickle luxury market hasn’t entirely been in a feeding frenzy over it. The exterior could be polarizing; and then there was the interior—not quite up to the standards of anything else in the current lineup.

Giving the market what it wants?

With the 2016 GLC-Class, which we drove this past week in Europe, Mercedes-Benz is closing the door on that little piece of daring-do and instead opting to give the intended market exactly what they want—which amounts to a vehicle that’s more graceful, albeit conservative on the outside yet far more expressive inside.

Breach the subject with pretty much anyone involved in the project, and it’s clear that it’s a calculated move—a “harmonization” as one put it, between the Mercedes-Benz GLE (formerly M-Class) and the smaller GLA.

We think this harmonized GLC really hits the mark in every respect. It could rapidly become the brand’s best-selling model in the U.S. market, and it finally gives Mercedes-Benz some footing to chase one other key rival that the more niche-minded M-Class never managed to catch up to: the Lexus RX.

Price-wise, with a base sticker of around $40k, the GLC goes head-to-head with the RX. And from the driver’s seat, it’s far more enjoyable, far more engaging.

The GLC is unabashedly car-based, and that’s a good thing for the finding a sweet spot in the market. Based on the latest Mercedes-Benz C-Class, which was redesigned this past year, the GLC shares up to 70 percent of its components with the C sedan, and although for now all U.S. GLC-Class models will be assembled in Bremen, Germany, it’s designed to be built on the same assembly line as the C-Class (yes, Alabama, we’re looking at you).

It’s sized just right for America, too. The GLC is just five inches shorter than the GLE (formerly M-Class), and roughly the same size the Lexus RX was before this current generation. Yet somehow the GLC feels just as spacious inside, perhaps better in back. The driving position in the GLC is excellent—think carlike, with a boost—but it’s the back seat that’s this model’s real strength. There’s no shortage of headroom or kneeroom here; this 6’-6” editor found it very comfortable, even with the panoramic roof, and the seatbacks flip forward to a cargo floor that we’ll call flat, provided there’s some weight on it.

For now, there’s no negotiating a vast sea of powertrain variants; for 2016, there will be only one engine under the hood in U.S. models—a 2.0-liter turbocharged four-cylinder, making 241 horsepower and 273 pound-feet of torque. That’s fitted to a nine-speed automatic transmission, with rear-wheel drive or 4Matic all-wheel drive.

There’s also no V-6 on the map; but don’t be surprised if the twin-turbo V-6 that’s already offered in the C-Class makes it into the GLC in another year or two. A four-cylinder turbo-diesel model will follow about a year later, and a plug-in hybrid (which we drove, in GLC350e form) could be nearly two years away.

We didn't actually drive a GLC with the powertrain output that’s headed to the U.S. Instead, we were in Euro-market GLC250 models, with a lower-boost, 211-hp version that Americans won’t see, we got enough driving time to note that the new GLC drives like a comfortable, well-coordinated car—one that’s actually quite athletic at times.

While the GLK always felt an odd mix of harsh combined with loosey-goosey when you pushed it hard around corners, the GLC makes good in a multitude of ways. And the automaker has, just as with the C-Class, put a tremendous amount of effort into dynamic refinement. The automaker mentions the psychoacoustic properties of the cabin), and there's a sense of solidity and refinement here that harks back to the brand's products of 20 years ago or more—never mind its predecessor.

The GLC is as much a joy to drive on a twisty road as it is on a high-speed motorway. Mercedes-Benz steering keeps getting better, and here it's really well-weighted—yes, better than the X3 or Q5—although you can’t expect any real road feel here. Tracking is easy, yet it doesn’t go all soft on choppy, undulating roads, where you need precision, and brakes are, as they have been in M-B’s models of late, very well modulated. Body control was exceptionally good with the four-corner air suspension, which changes its characteristics based on the Dynamic Select drive mode (Eco, Comfort, Sport, Sport+, Individual), although we couldn’t help but wonder if, like in the C-Class, we end up liking the base steel-spring suspension just as much if not better.

This version of 4Matic all-wheel drive in the GLC by default sends 45 percent of torque to the front, 55 percent to the rear wheels, and with a multi-disc clutch system and wheel-by-wheel modulation with the brakes, it’s seamlessly varying the torque split for stability and traction.

The Off-Road Package that’s offered in overseas markets (more ground clearance from the air suspension, additional body protection, off-road modes, and bumpers that allow better approach/departure angles) feels like a grand digression from what the GLC is conceived to be, but we drove a diesel equipped with the package on a path that had us teetering at several points, and it was a testament to this model’s stout engineering and ingot-like body structure.

A calculated middle ground outside, but ravishing inside

The GLC might read as a kind of interpolation between the GLE (or M-Class) and the smaller GLA from the outside, but it’s a completely different story from inside. We just couldn’t get enough of the interior; it’s essentially the dash and front-seat area as in the new C-Class, but it’s absolutely ravishing. While the GLC looks like an understudy of the GLE from the outside, the combination of softly contoured surfaces, beautiful veneers, just the right amount of brightwork, and those functional round vents add up to an interior that feels better than anything else in this class—and really, better than what’s in the larger, pricier GLE.

While the conservative exterior isn’t going to grab people the way that the GLK might have, it’s not going to polarize either—and inside, it’s likely to be love at first sight.

The automaker thinks that the GLE and GLC are differentiated enough for the U.S. market, and we tend to agree. The larger GLS that's on the way will be the tough-lux, three-row pick, while the GLE ends up being the one for off-roading, for those who want a vehicle that feels a little more like an SUV.

The 2016 Mercedes-Benz GLC isn't the understudy it first appears to be; you're looking at a very popular future.