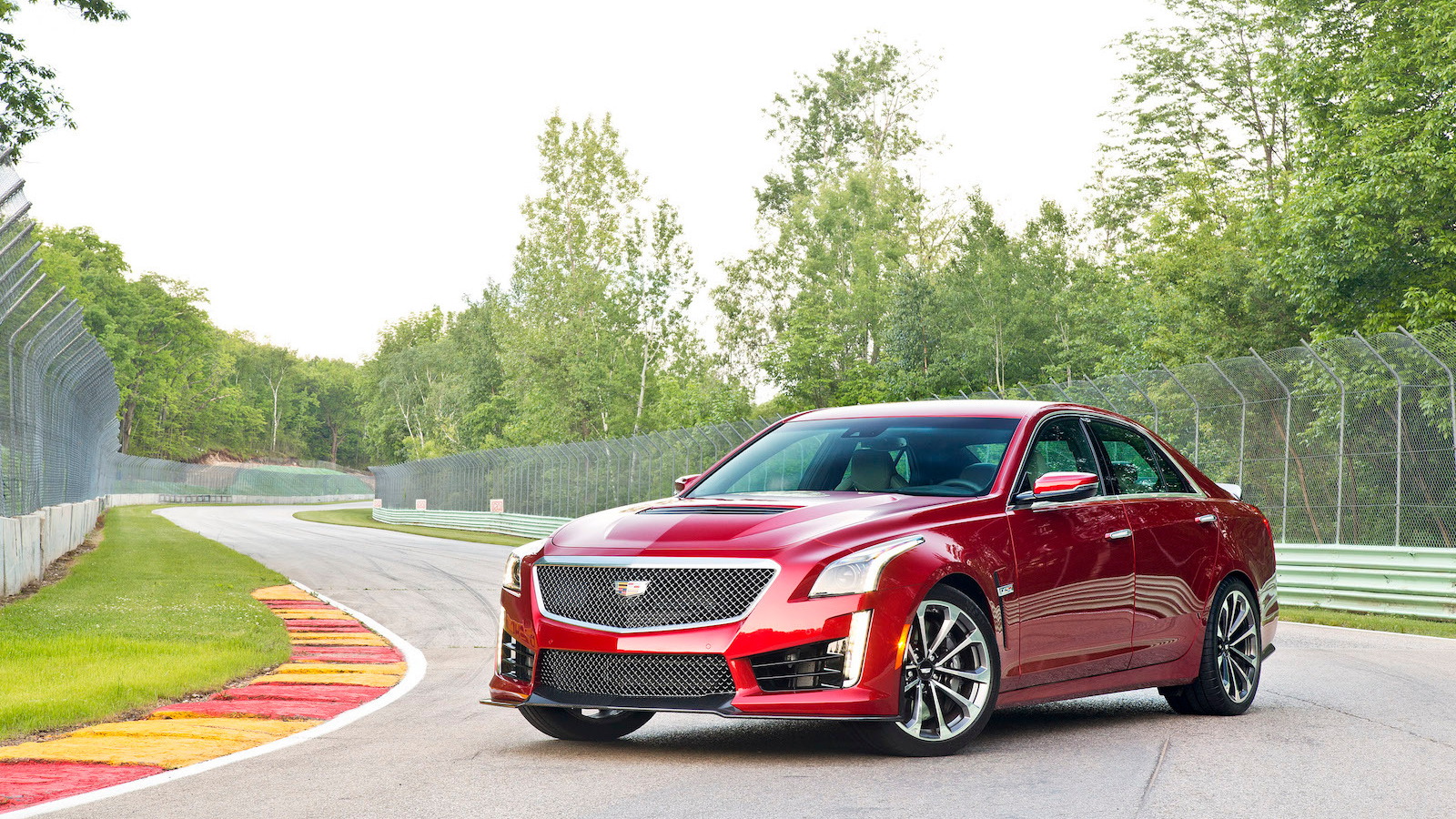 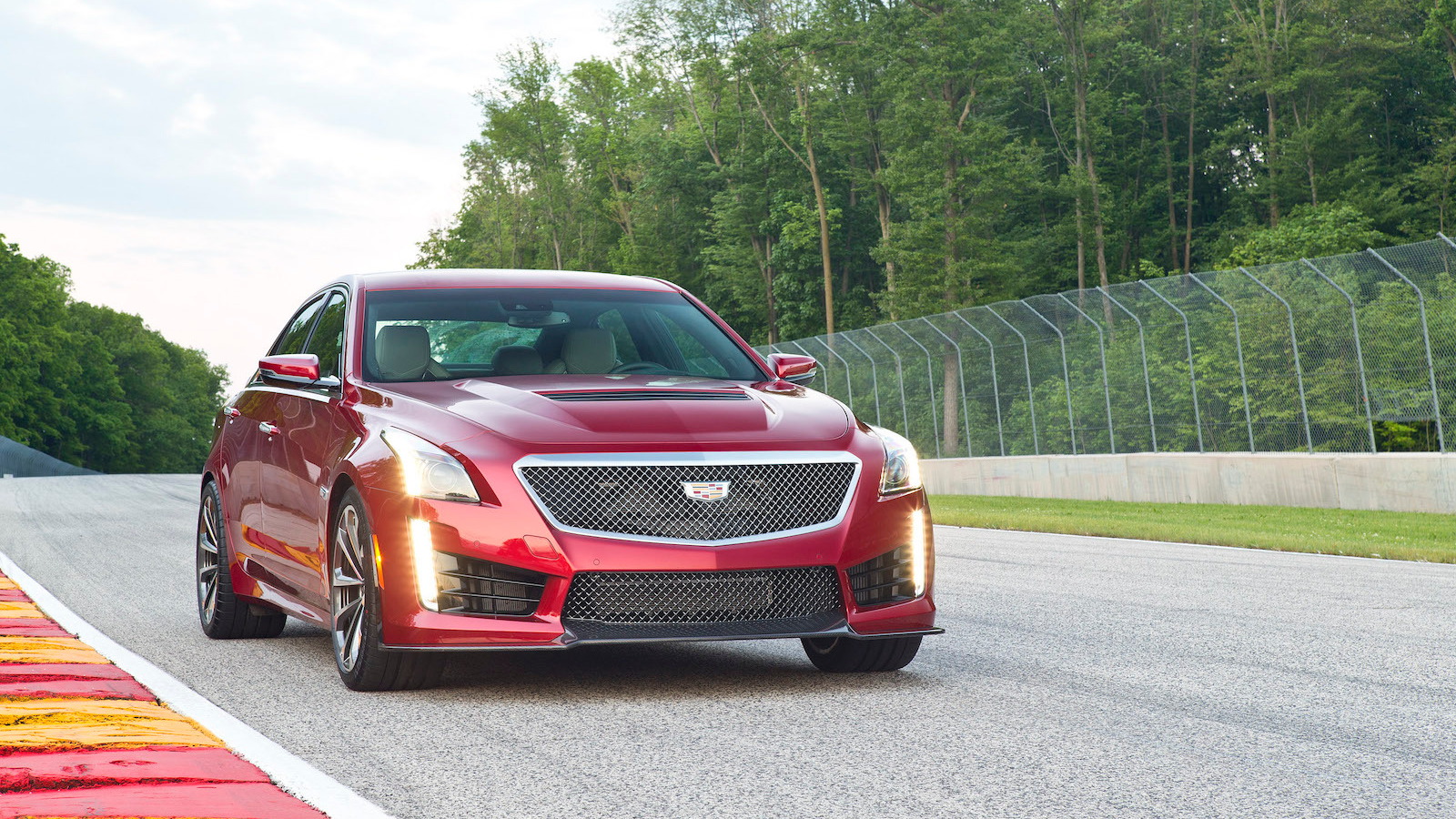 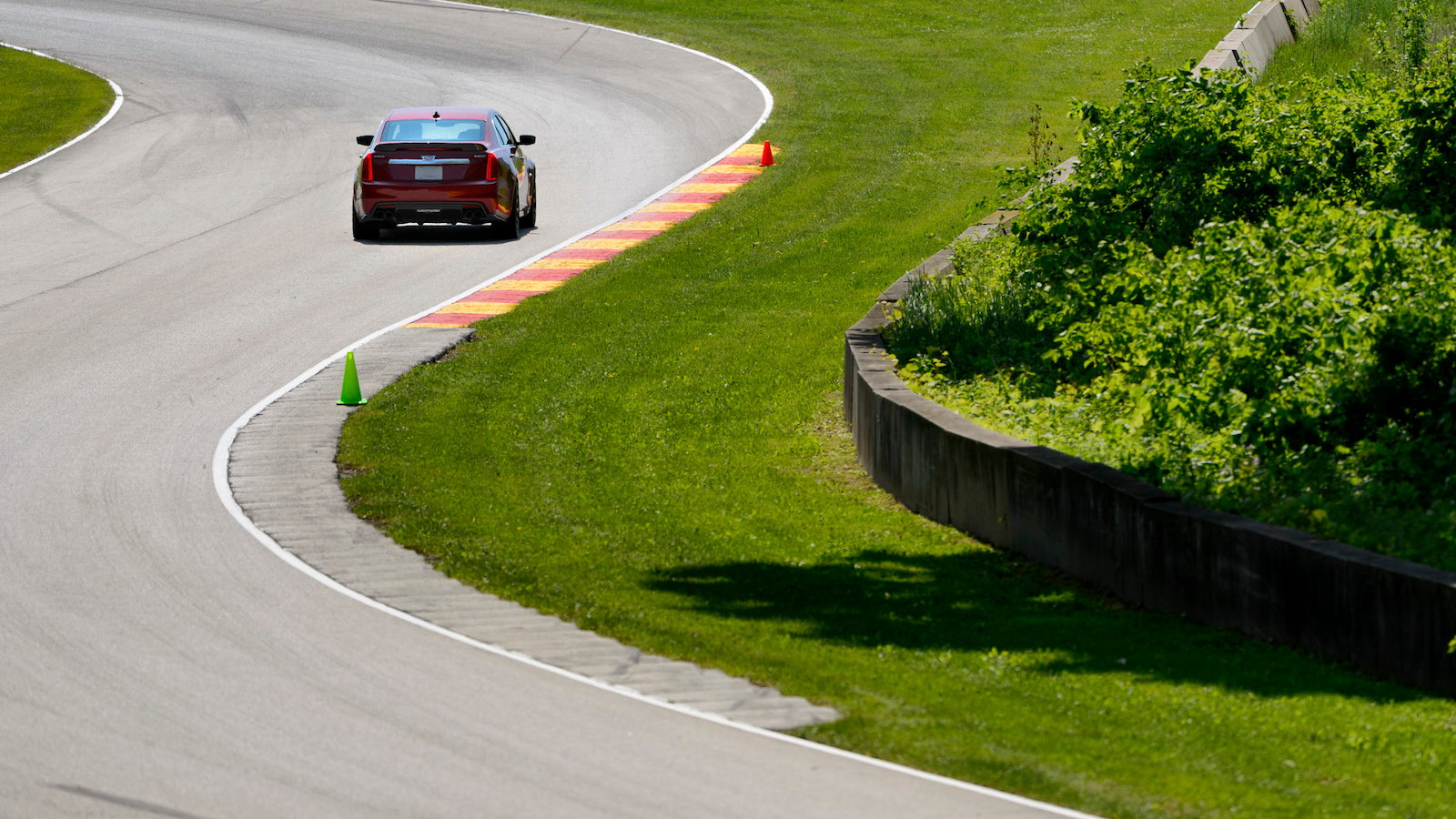 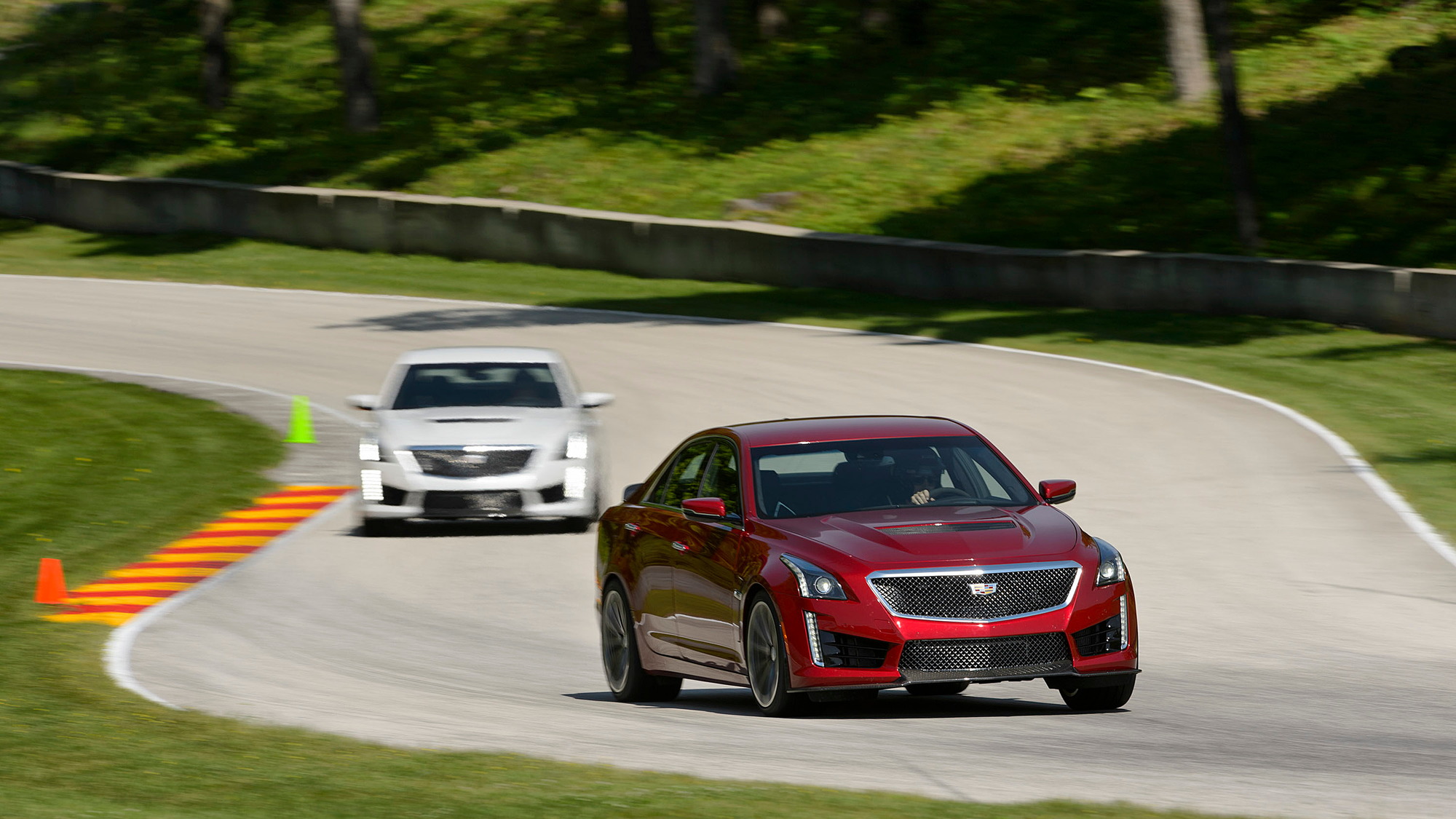 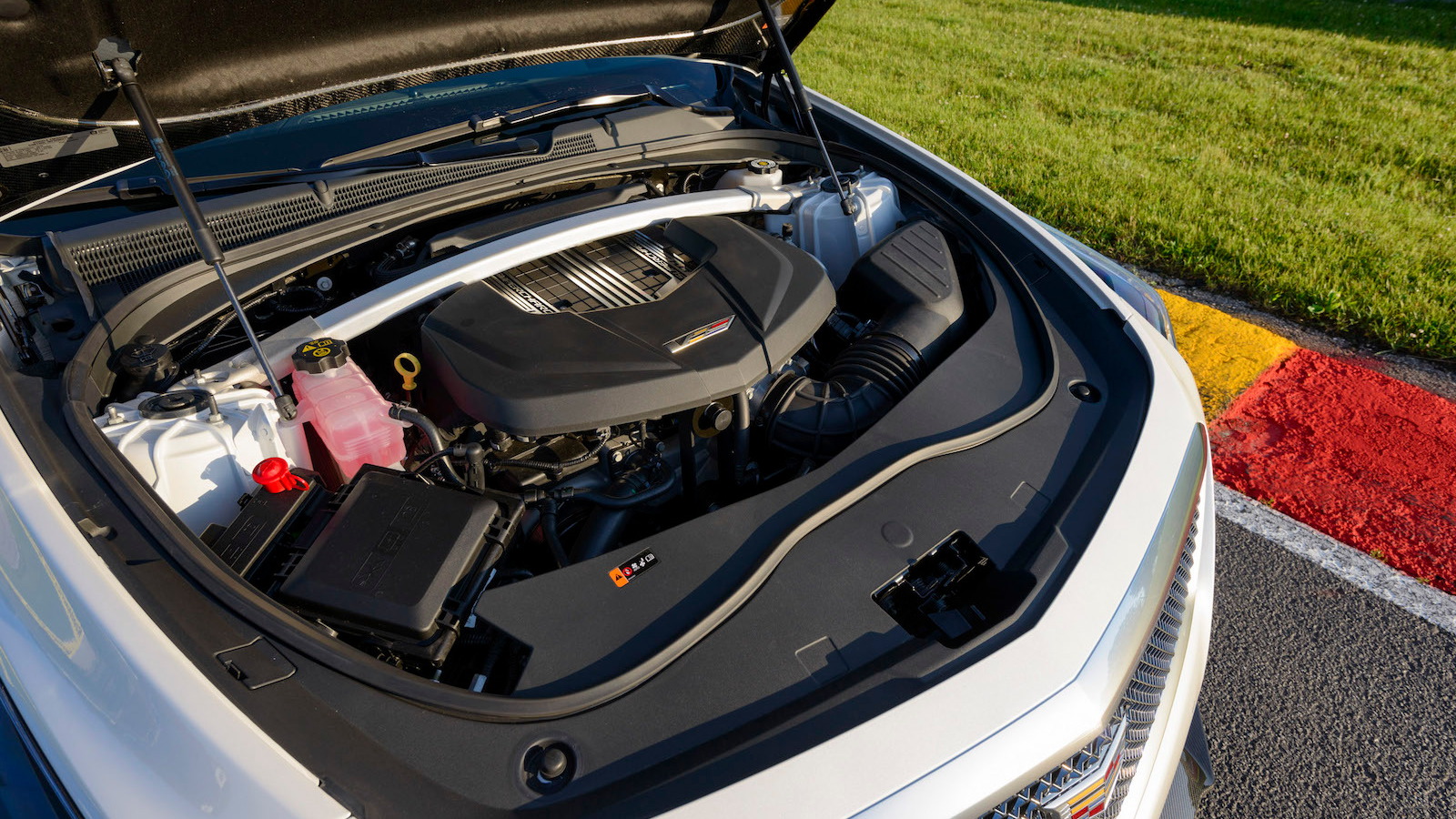 The Germans. Always the Germans. Their brands have been the benchmark for luxurious motoring since Nixon left the White House in disgrace. But it wasn’t always that way. Cadillac was once The Standard of the World. Can it be that once again? The 2016 Cadillac CTS-V is the latest salvo in an ongoing campaign to prove that America’s luxury brand can rise from its malaise-era ashes. And it’s one hell of a salvo.

So what’s under the hood of this beast? Nearly the same thing as under the hood of the C7 Chevy Corvette Z06, that’s what: a 6.2-liter supercharged V-8 that’s good for 640 horsepower and 630 pound-feet of torque in the CTS-V. Why the slightly lower power figures? It all comes down to the exhaust routing and quietness needed for the CTS-V’s packaging and luxury requirements. Simple, and trust me, you won’t notice the missing 10 hp. Ever.

With all that power, you’d expect the 2016 Cadillac CTS-V to throw down some impressive performance numbers, and you’d be correct: it hits 60 mph in 3.7 seconds, and a top speed of 200 mph. But the CTS-V is about much more than the straight line—whether it’s a drag strip or an open stretch of freeway.

More than once during my test of the CTS-V, I found myself wondering, “How can a large luxury sedan turn so well?” The answer is both simpler and more complex than you might think. The simple version is that it has a very good suspension, both in terms of design and components, mated to a stiff and able chassis. The complex version is how that suspension works in concert with the chassis.

Third-generation magneto-rheological (MR, or Magnetic Ride Control in Cadillac parlance) dampers, just like those found on the Corvette Z06 (and a few exotic supercars, too), do most of this complicated dirty work. Controlling the relative motion of the wheels and body in a two-ton package like the CTS-V’s is no small feat of engineering—and that’s just to get it to go down the road like a luxury car should. If you want a car to do that and also shred corners like a much smaller sports car, you need some magic.

That’s where the hard-to-pronounce bits come in. With its almost infinitely variable viscosity, the MR fluid in the CTS-V’s dampers can adjust through an incredible range of forces, allowing track-stiff settings and (nearly) Brougham-esque waft all in one package. It does this by scanning the road for surface conditions, taking inputs from the various sensors that indicate how hard the driver is pushing, and mashing it all up into a formula for grip and ride quality—and doing it 1,000 times per second. That translates to a measurement every inch at 60 mph.

In real-world terms, all this technical detail means the CTS-V can offer both impressive ride comfort and impressive handling in a way that’s essentially transparent to the driver.

But what is it really like to drive? The experience is breathtaking: brutal, endless acceleration; shockingly good braking; neck-stretching grip. Part of the surprise factor in the CTS-V’s performance comes down to weight. Yes, the CTS-V is a large luxury sedan, but, somewhat surprisingly, it’s not that heavy. In fact, its 4,145-pound curb weight is just about 300 pounds heavier than its little brother, the ATS-V—and more than 200 pounds lighter than the 2016 BMW M5. This translates to a nimbleness, and a feeling of “shrinking around the driver” that you don’t expect from a rear 3/4 angle of the exterior.

In other words: the CTS-V is damned good. Really damned good. Better than the BMW M5/M6, and even better than the venerable (and soon to be replaced) Mercedes-Benz E63 AMG. Better on track, at the least, and, if you can get past or get used to the CUE infotainment system, better on the street, too.

No, I’m not going to persuade you to give up your brand loyalty. And the M5/M6 and E63 are all great cars, with their own strengths and weaknesses. But on the whole, having driven all of them, I like the CTS-V more, both for its performance and for its high-tech, luxurious comfort. The styling question, I leave to the aesthetes; it should suffice to say that I’m just fine with the angular, crisp lines and somewhat less fine, but not ultimately bothered by, the too-much-chrome bits.

Ultimately, the Cadillac CTS-V is not a mainstream luxury car, it won’t sell in high volumes, and it isn’t the car that will establish Cadillac as a world leader in either the performance or luxury segments. What it is, however, is another high-profile rung on its ladder to success, and taken together with the ATS-V, plus the standard CTS and ATS the V-series cars are based on, a rounding out of the full luxury/performance vehicle profile the brand needs to really take on BMW, Mercedes, and Audi—and win.

If Caddy keeps doing it like this, 20 years from now, we might just be talking about the German comeback cars seeking to dethrone the reigning Americans.