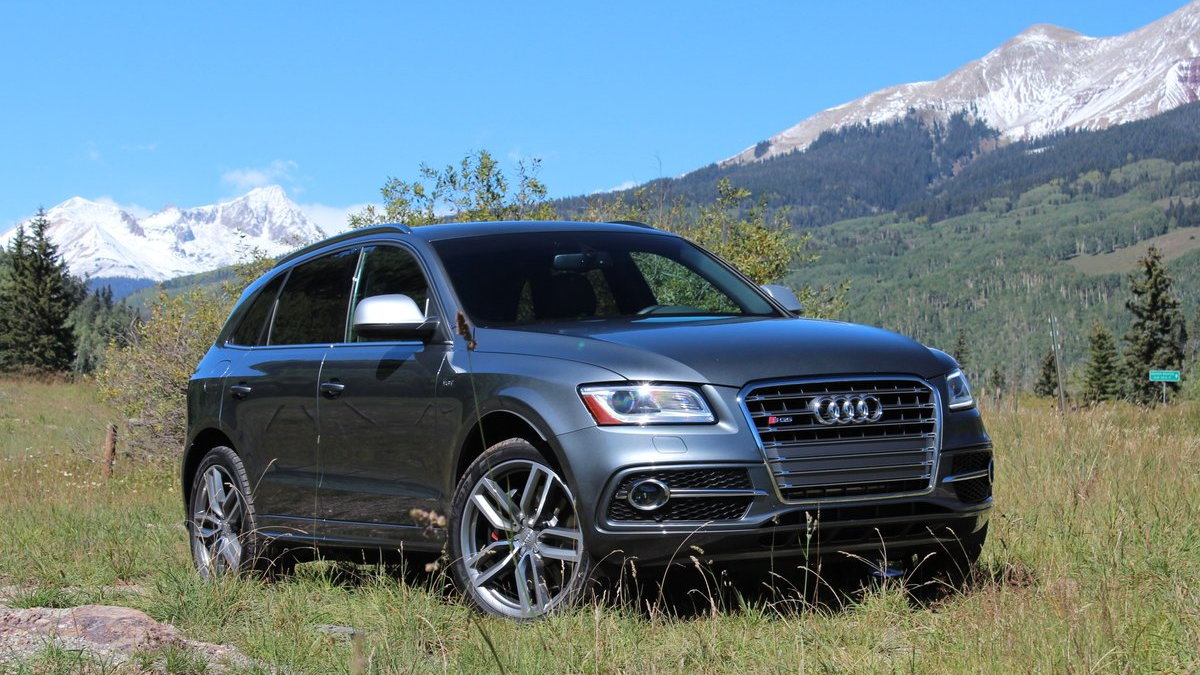 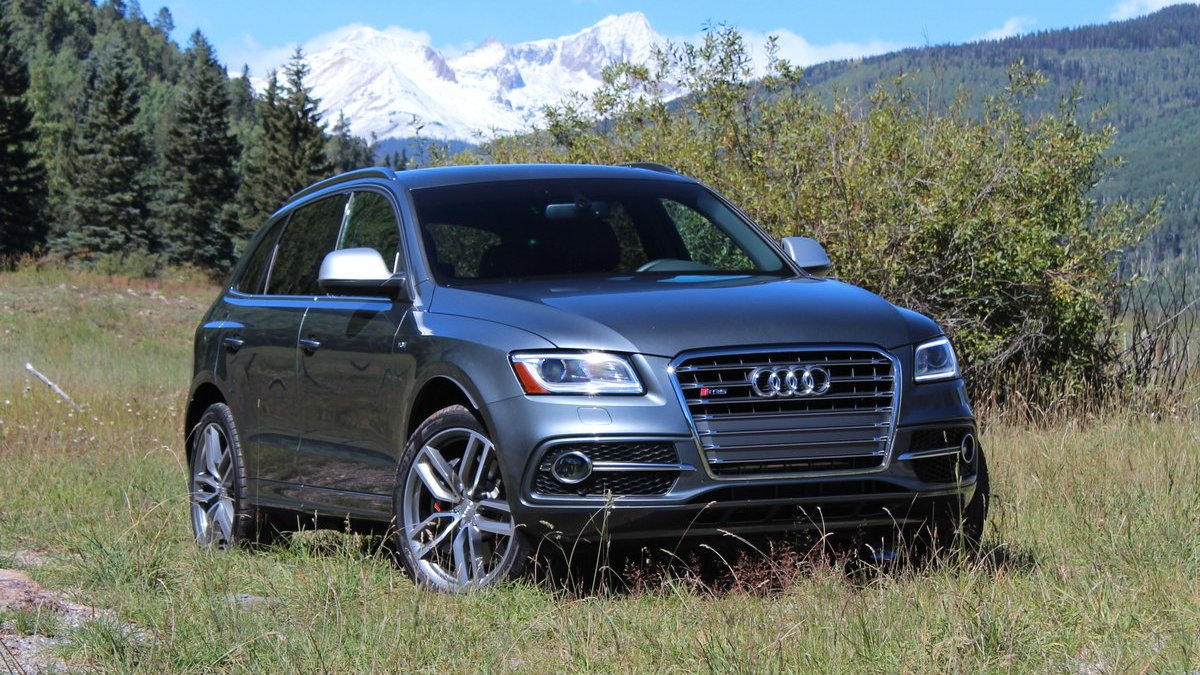 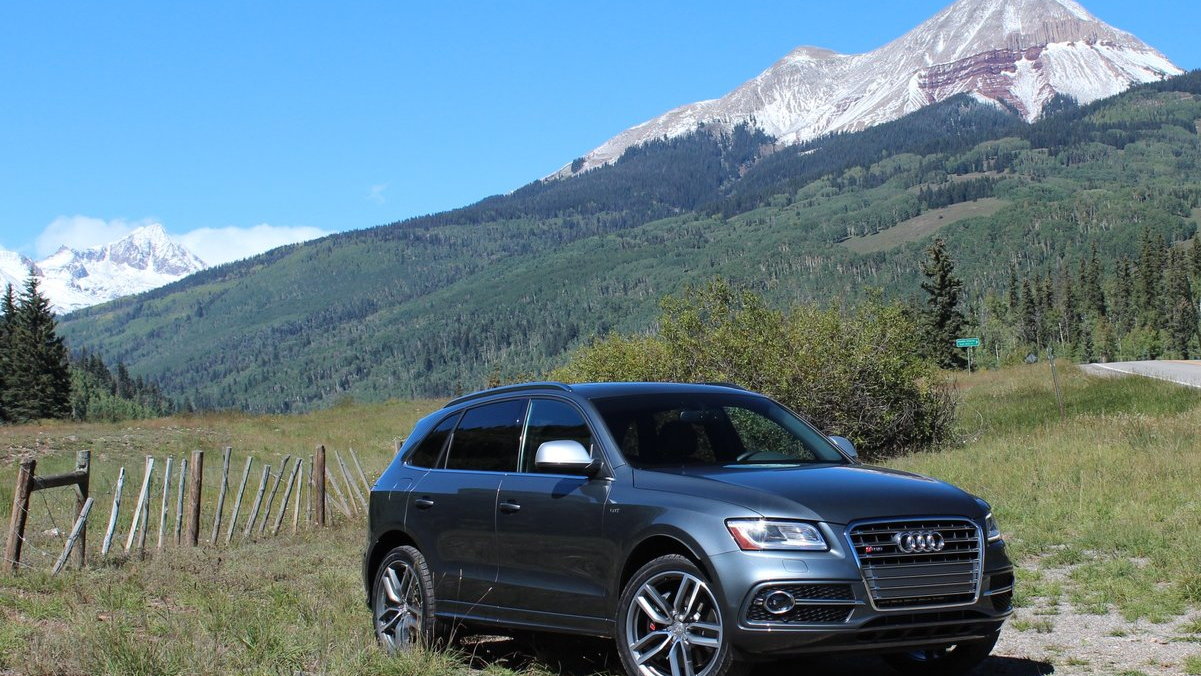 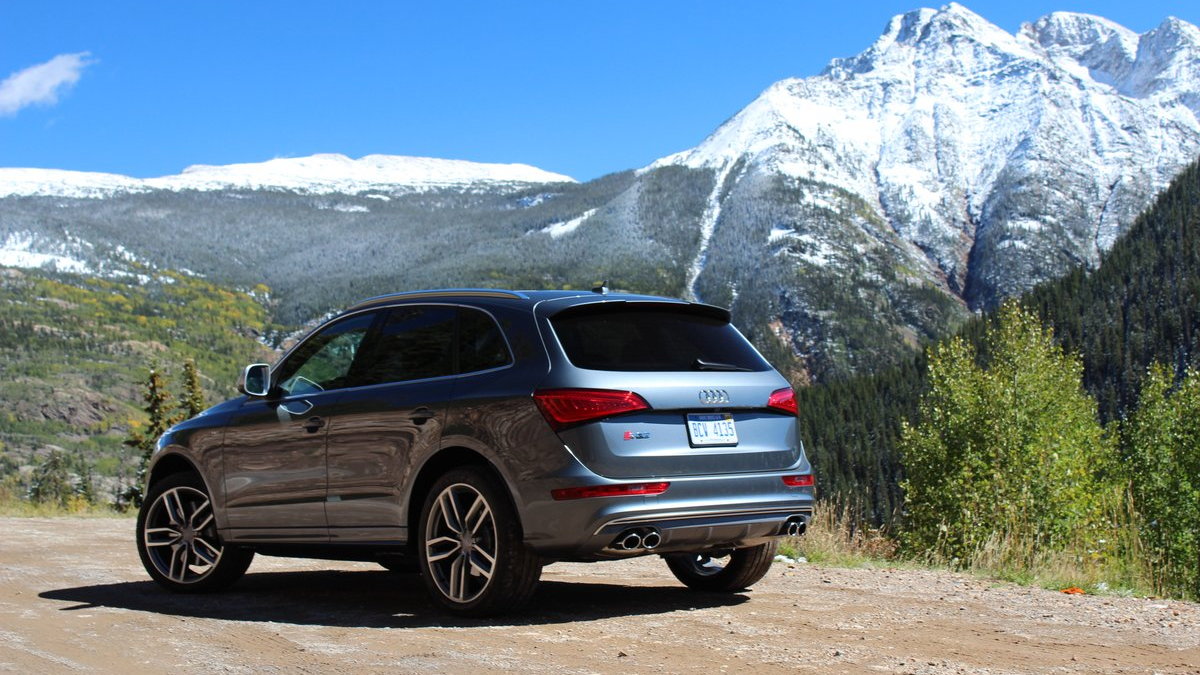 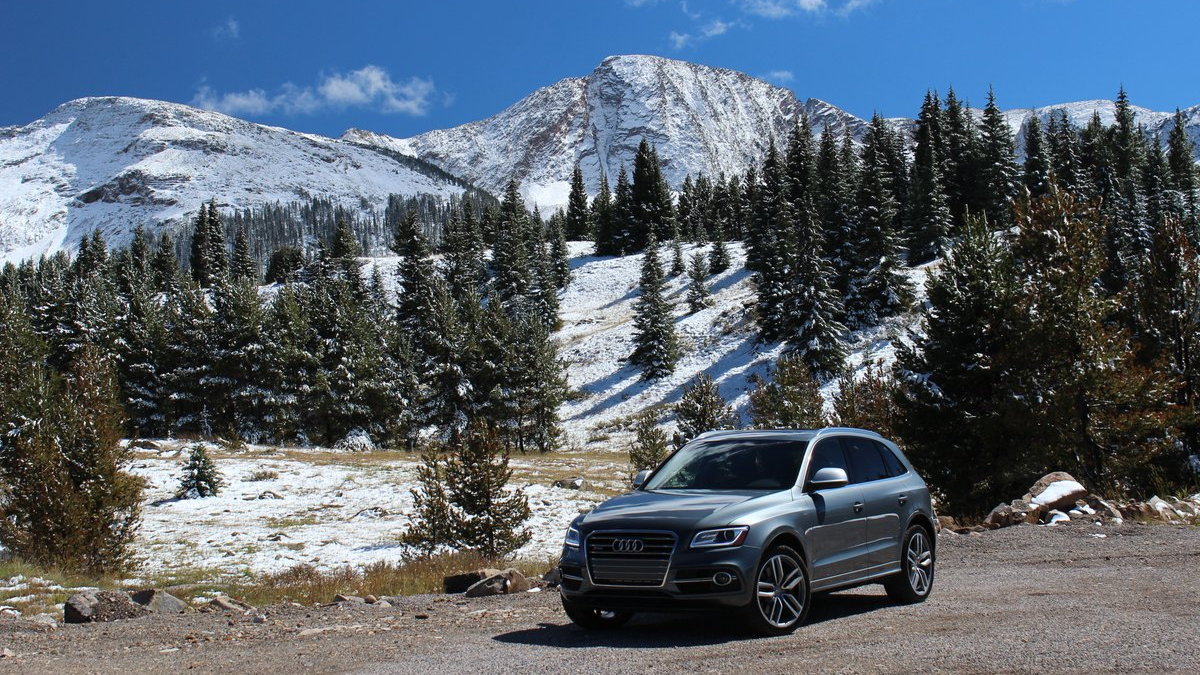 Is the Audi SQ5 a bona fide performance model, or is it a great pretender?

We've wondered about the SQ5's credentials ever since the brand confirmed this performance version of the Q5 crossover, its 354-horsepower output, and its 5.1-second 0-60 time. And in the absence of established head-to-head rivals like a BMW X3 M, a Cadillac SRX-V, or an AMG variant of the Mercedes-Benz GLK (yep, they're all hypotheticals), it feels a little bit like the game is rigged.

And the answer, as we found out this past week in a couple hundred miles over some challenging roads in Western Colorado, is that it's a little bit of both. In some ways, the SQ5 approaches the enthusiast paradigm, feeling like an optimized, unified piece of go-fast performance hardware. And in other ways, it feels like a package that subs in a more powerful engine, some upgraded trim, and other bits and pieces.

Backing up a moment: The SQ5 is the first-ever ’S’ variant of an Audi Q (crossover) model. Packing a higher-output, direct-injection supercharged 3.0-liter V-6, making 354 horsepower and 347 pound-feet of torque, it pushes this compact crossover to a 0-60 mph time of 5.1 seconds and a top speed of 155 mph.

And especially if you first drive the SQ5 on a relatively straight piece of tarmac—as most will when they're on the test drive—and you happen to dial up Dynamic mode (and select 'S' with the shift knob), it does offer a pretty convincing introduction. The transmission smacks through the gears with dual-clutch (DSG) urgency, with the exhaust snorting and burbling at the rear; the flat-bottom steering wheel feels reassuring on center, and the SQ5 goes down the road with a firmer, busier ride than what you'd find in the Q5.

But no, this isn't a DSG gearbox, and there's no special steering setup for the SQ5; rather, it's the same eight-speed automatic transmission as the Q5, with the same ratios, and the same electromechanical steering, albeit in both cases with a more aggressive calibration. There's also the same rear-biased quattro all-wheel-drive system that's used in other Q5 models.

And that exhaust burbling from in back? A special valved baffling system that's been tuned to complement the harmonious intake sounds that this engine develops as it's revved.

Fundamentally, the 3.0-liter supercharged V-6 follows the same design as that in the Q5 3.0T. Yet in case you're wondering, you can't simply 'chip' a Q5 3.0T and arrive at an SQ5; there are plenty of serious upgrades in the SQ5. Compared to the existing supercharged V-6 of the same displacement in Q5 3.0T models, the engine in the SQ5 has a stronger crank, stiffer block, and different intake and exhaust manifolds. Brakes have been upgraded—both with bigger rotors and calipers and with a stronger brake booster—and engine cooling capacity has been raised. To work with that, there's a larger front end, for more airflow under the hood (that, plus wider tires actually make its coefficient of drag a bit higher).

Mileage numbers, by the way, are about where you might think them to be: 16 mpg city, 23 highway.

Pricing for the 2014 Audi SQ5, which has already begun reaching dealerships, starts at $52,795, but both of the vehicles we drove stickered above the $60k mark. Options include adaptive cruise control; a stunning 14-speaker Bang & Olufsen sound system; and the Audi Side Assist system, which will help see vehicles in the blind spot up to 150 ft aft of the vehicle. Also available here as in the rest of the Q5 lineup is the excellent MMI Navigation Plus system and Audi Connect, which wraps a vehicle-tethered T-mobile data connection, connectivity (via wi-fi) for up to eight devices, Google Voice local search, a myAudi Destination feature that lets you log into Google Earth and download up to 50 destinations to the vehicle, and real-time localized weather, news, and fuel prices.

In addition to all that, you get the feature we love most: the system’s beautiful Google Earth maps. It’s true the system does require a 3G connection to be at its sharpest, but we appreciate the mesmerizing level of detail you get on top of normal map functions, whether that means cueing in on mountainous terrain or city details.

Back to our initial premise, the SQ5 felt like more of a pretender—or completely out of its element—in a series of tight hairpin switchbacks along Colorado's challenging U.S. 550. For such a compact vehicle (just 183 inches long), the SQ5 weighs a portly 4,400 pounds. And that weight doesn't like being thrown around; here, there's no way around it, and the SQ5 protests and plows when pushed hard around tight radii. The steering doesn't return well to center in those tightest corners, either.

Those hairpins served to underscore that while you get upgraded sport seats in the SQ5, they're the same sport seats that are part of the Sport Package you can get on other Q5 models—and only somewhat better bolstered than the base Q5 perches. Either more aggressively bolstered sport seats or the wondrous single-piece, racing-style seats from Audi's RS cars would be much appreciated here.

Adding to that initial impression on the hairpins was that the SQ5's engine isn't tuned like your typical supercharged V-6. Sure enough, while the 3.0T model makes its peak 295 pound-feet of torque at just 2,150 rpm, the SQ5 extends that trajectory, essentially building torque all the way to a 4,000-rpm peak. The engine's definitely in its sweet spot from there up until the peak 354 horsepower arrives at 6,000 rpm. And this is an engine that keeps rewarding you for singing up into its highest ranges.

On the other hand, then the road opened up—relatively speaking—to a series of higher-speed sweepers, weaving through canyons—and the SQ5 suddenly charmed us completely, and felt in its element, really. There were occasionally some upsetting motions right at turn-in (something we can't help but feel has to do with how U.S.-spec SQ5s ride 1.2 inches higher than Euro-spec ones), but the suspension loads up in a reassuring, progressive way that lets you take high-speed sweepers, truly at high speed. All the while, the steering maintains a sense of subtle loading and precision that gave us confidence at those higher speeds.

By then we'd trained ourselves to keep the shifter in Sport mode and verge on choosing a lower gear to keep the revs up, too; and by the end of our drive, we were convinced that this vehicle sure would be a hoot on a fast road course—to a degree that very few who buy the SQ5 will probably ever experience. We like the upright, comfortable driving position, too.

And that gets to a point. Audi envisions that SQ5s will be snapped up by middle-age, upper-middle-class dads who, at the thought of having more than 350 horsepower under the hood, are raring to go for the commute and occasional carpool duty. They'll use all that power when they're late to work, perhaps...once in a while.

In any case, in a segment of the market that was until recently completely missing serious high-performance entries, the SQ5 is as bona fide as you can get.