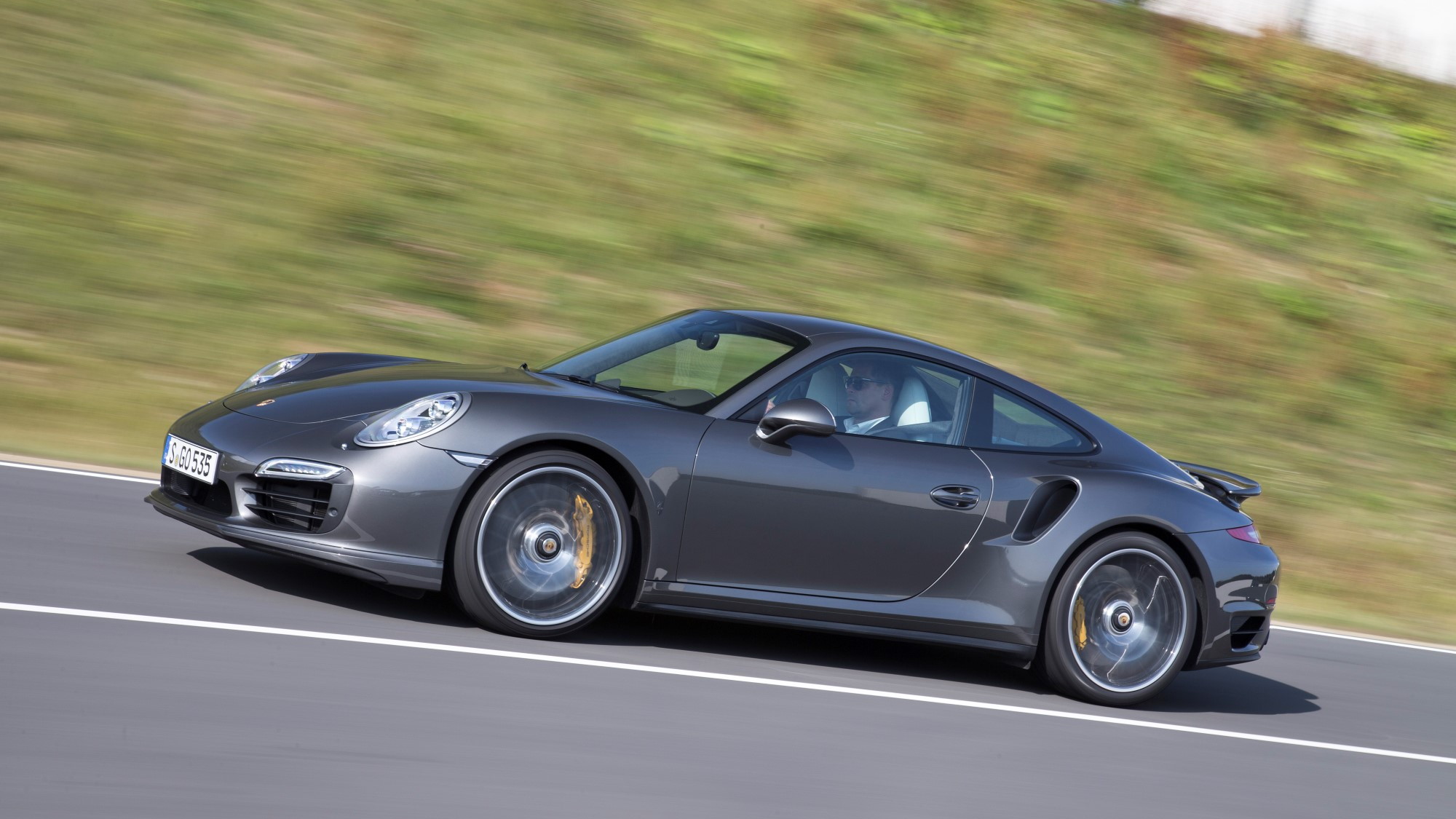 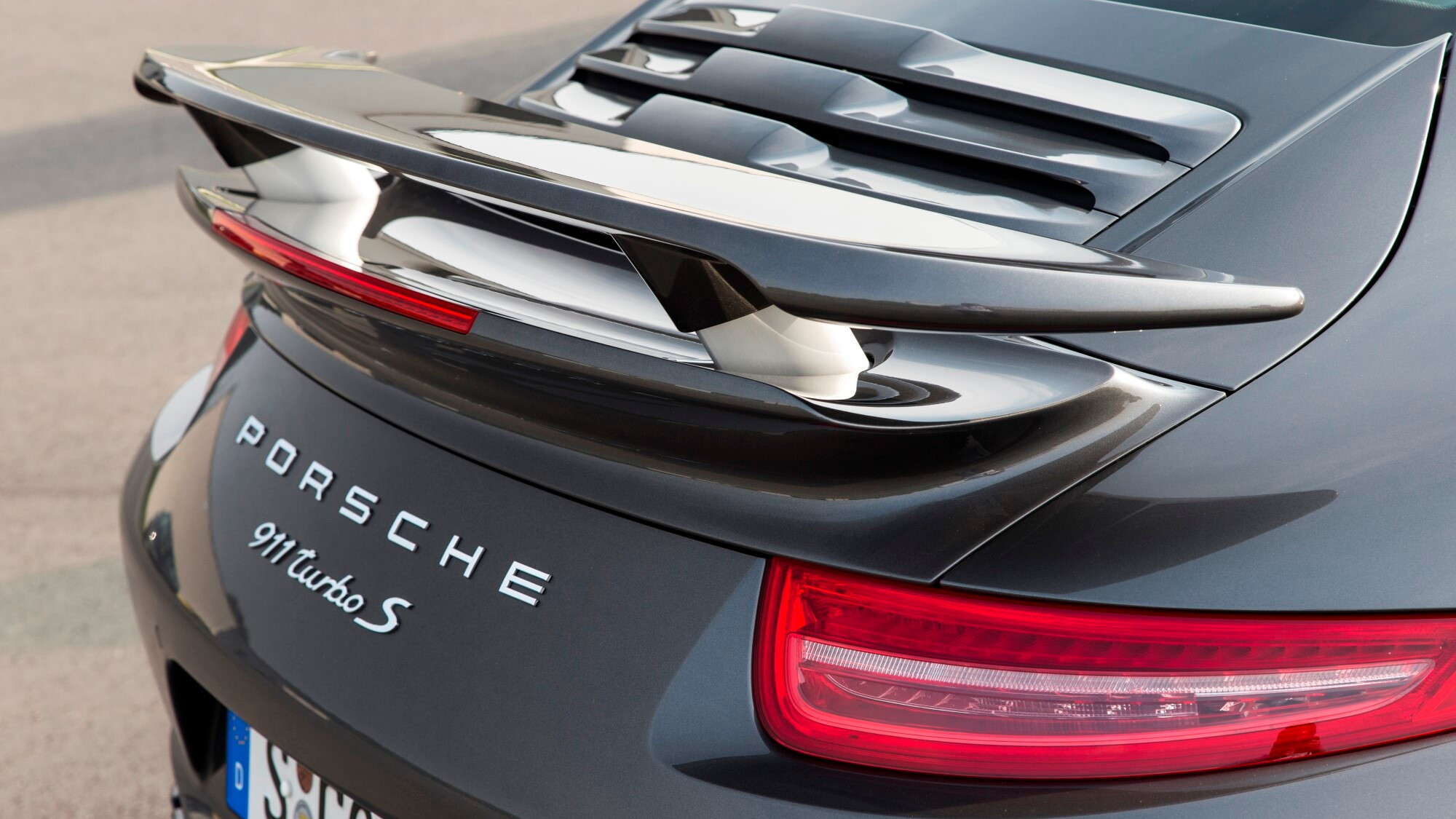 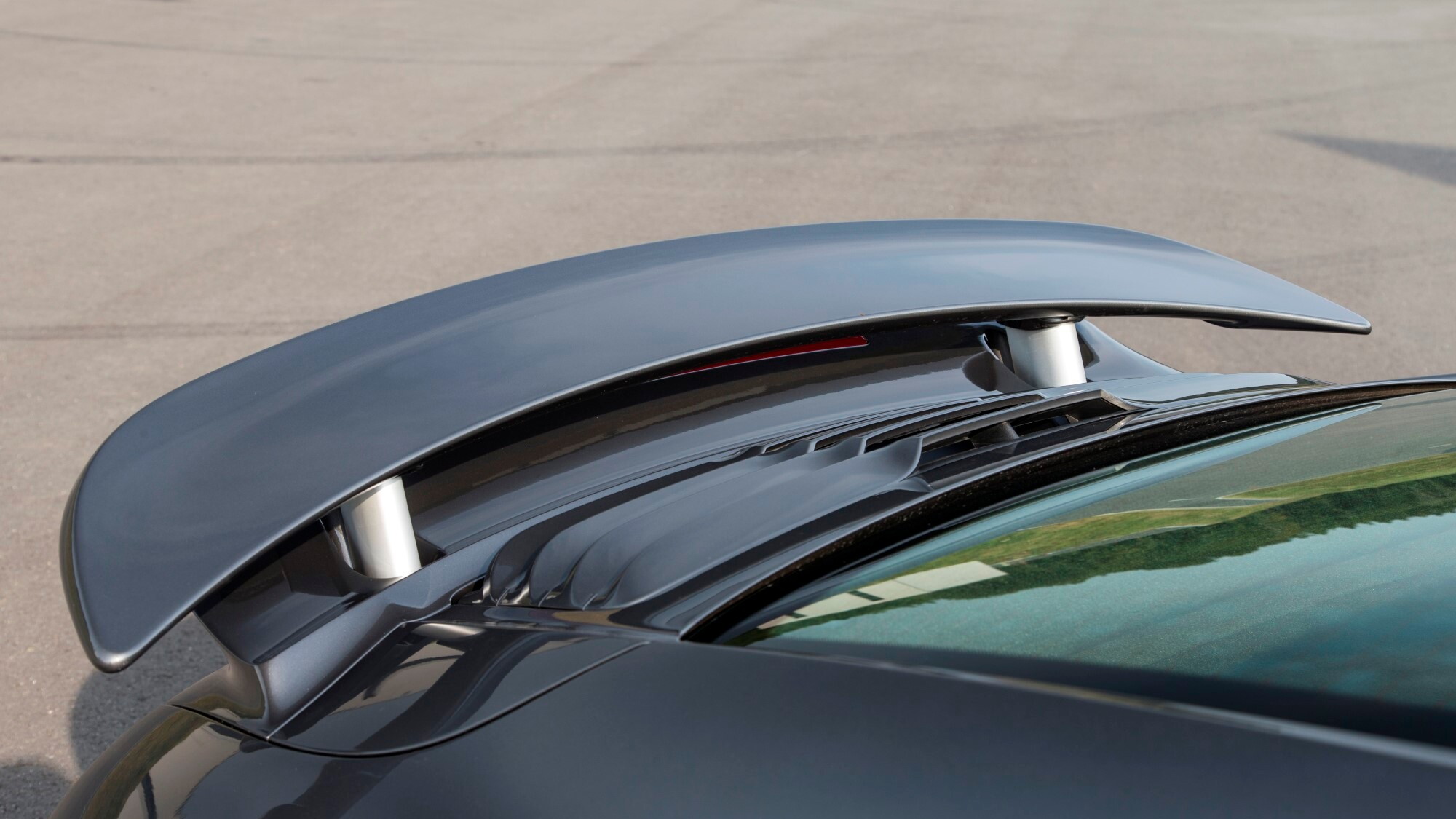 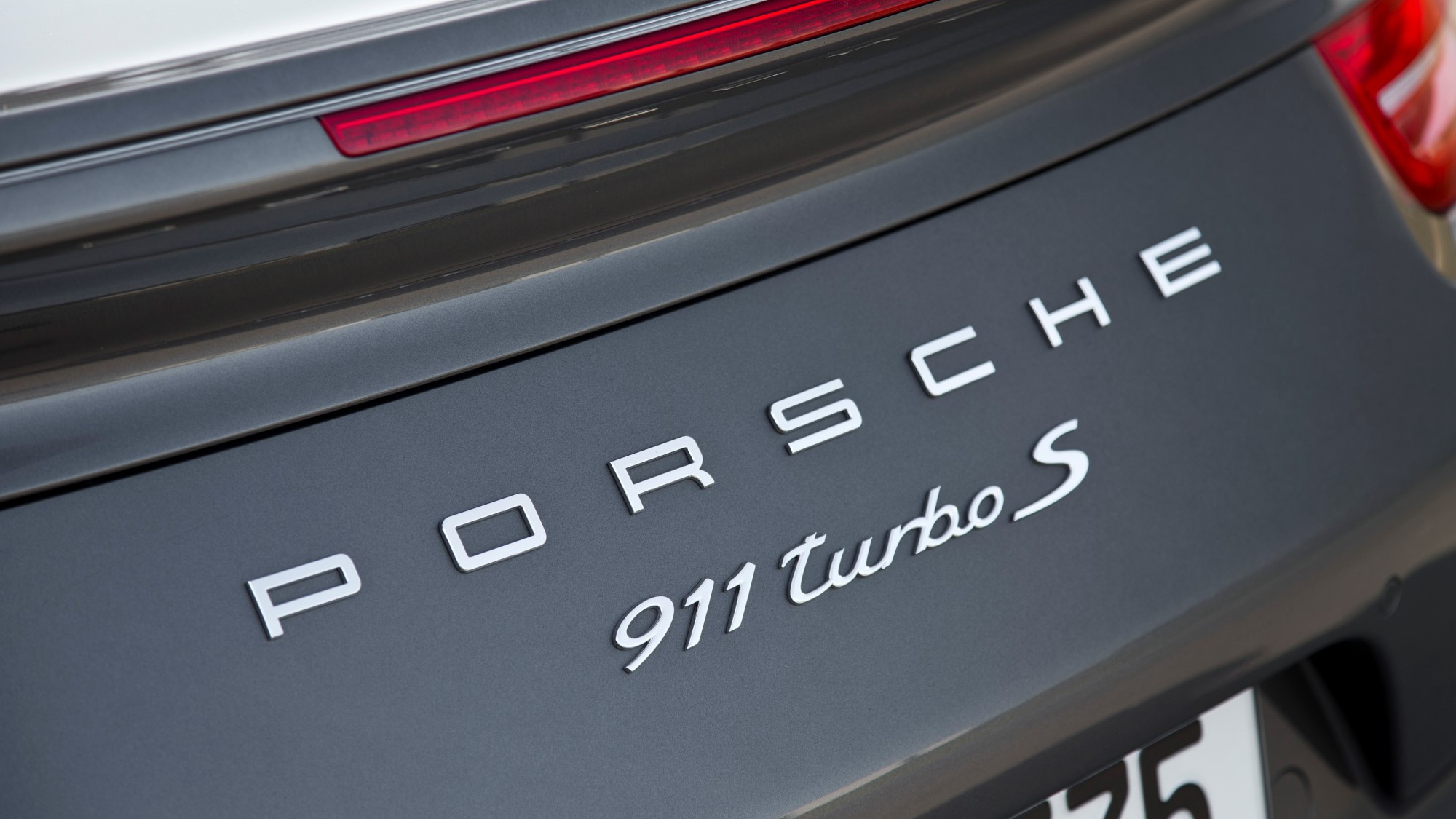 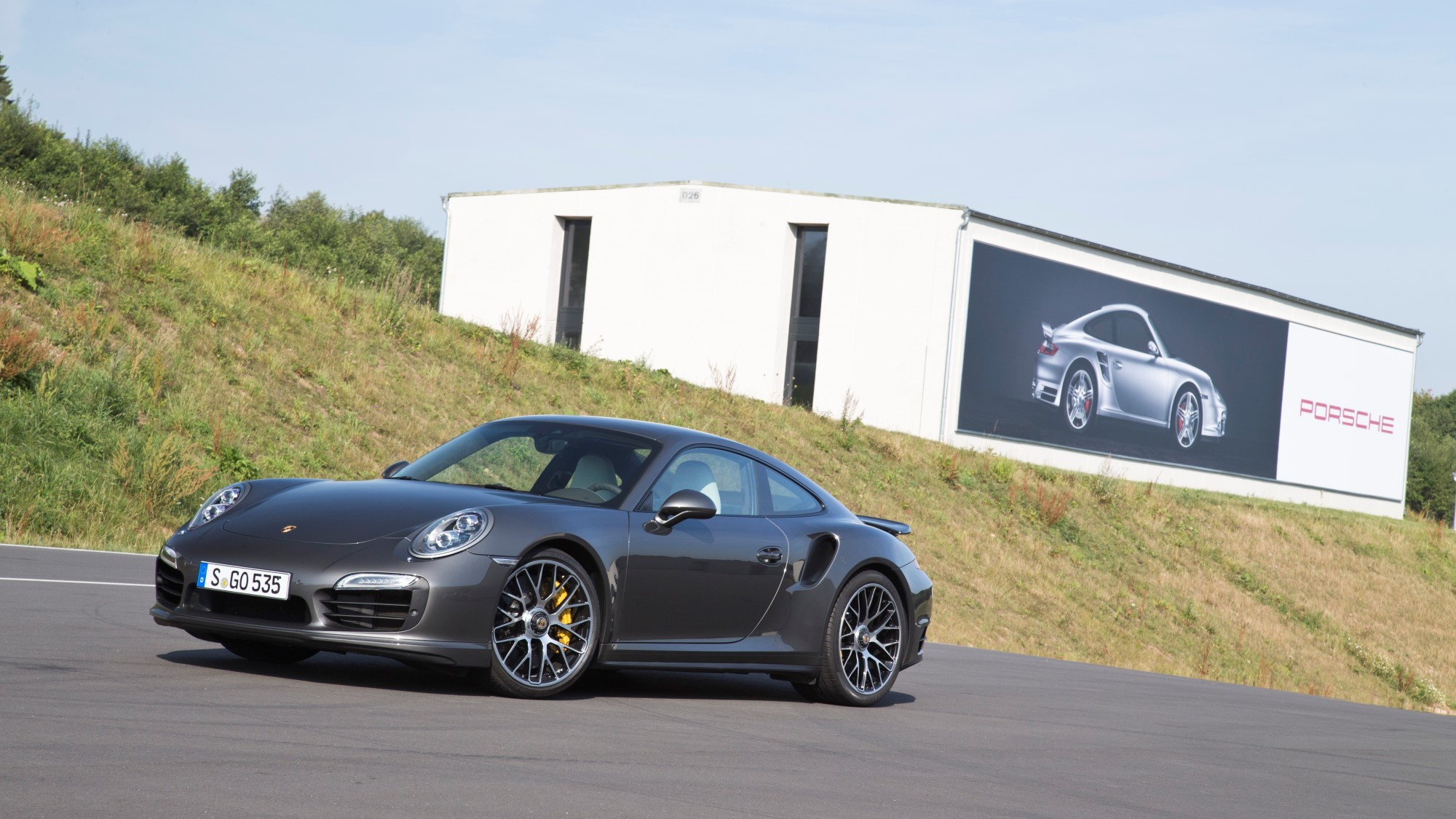 Well, not quite easy, as every yump, twist, drop, and crown of the Bilster Berg circuit is seemingly designed to unsettle the cars that drive it, without so much as a second's respite, even on the "straights," which look a lot like the turns at other tracks.

Perhaps that's because rally legend and Porsche aficionado Walter Röhrl had a hand in bringing the Hermann Tilke-designed course into reality. Fortunately, Röhrl also had a hand in the 911 Turbo's development.

The combination of the two is intoxicating.

To Turbo or to Turbo S? That is only part of the question.

Both the 520-horsepower 2014 Porsche 911 Turbo and its 560-horsepower 911 Turbo S variant are truly impressive machines, both on-track and off. But which should you choose?

Ultimately, the answer comes down to your desire to spend money, as both are brilliant--the Turbo S is just a bit more so. The extra power and more liberal dose of equipment and features makes the Turbo S the preferential pick for those of unlimited means, naturally, but the Turbo gives up very little even when the clock is running.

Zero to 60 mph, the Turbo rips off the dash in just 3.2 seconds; the Turbo S does the deed in 2.9. Either model gets the benefit of dead-simple launch control: put the car in Sport Plus mode with the console-mounted button, pin the brake and the gas, and the tach rises to a launch limiter, popping and growling as it waits for your command. Side-step the brake and it slingshots away with only the drama of a rapidly approaching horizon--wheelspin is minimal, especially once the tires are hot, and there's no side-stepping whatsoever thanks to the standard all-wheel-drive system.

A seven-speed PDK dual-clutch transmission is also standard--as with the GT3, there's no manual transmission offered. We're fine with that. After all, if you want to buy a 911 Turbo with a three-pedal setup, Porsche built it from the 930 through the 997. They're all over the used market.

For those willing to truly push themselves and their car, the Turbo S does have one standout advantage: standard carbon ceramic brakes. While the steel brakes, standard on the Turbo, have somewhat better feel and modulation, the ceramics are brutally efficient and fade-free, even after dozens of laps in just a few short hours. To be fair, we didn't notice any fade in the steel brakes, but the Bilster Berg layout doesn't require multiple 10-pedal stops from 160-plus-mph, either. The ceramics, though difficult to modulate before engaging full ABS action, provide insurance for higher-speed venues. Fortunately, you can upgrade the Turbo to include the ceramic brakes if you like.

The bottom line: even on track, the difference between the Turbo and Turbo S is a (noticeable) hair's-width, and both are just flat-out fun to drive hard.

When you think of supercars, you might think of the raw, vicious likes of the Ferrari F40, SRT Viper, or even the Corvette ZR1. Shockingly fast, all of them, but they're also bearers of a knife's-edge character that can cut at the driver all too easily. There's none of that with the 911 Turbo or Turbo S.

You might also think of the high-tech, almost clinical supercars like the Nissan GT-R or McLaren MP4-12C. There's a bit of that in the 911, with the adaptive aerodynamics (the pneumatic front spoiler lowers in two modes courtesy of air bladders, while the rear spoiler elevates to become a wing), PDK, and spooky-smart Sport Plus, PDCC, and PASM systems at work, directing the chassis and controlling slip angles transparently. But there's a spirit, a liveliness, too.

The 911 Turbo's almost like a crazy-strong Boxster or Cayman. You can toss this thing around. At 100 mph. Over a crest. Sliding all four wheels. Grinning until your face hurts. All. Day. Long.

Electric power steering? Don't worry. It's good. It's not perfect, but it's perfectly usable, delivering the feedback and control necessary to manage the car's tremendous momentum even over tricky elevation and direction changes. Even the four-wheel steering system feels natural, rotating the car handily at parking lot speeds and adding seamless stability under a full flogging.

If we have one gripe, it's that the 245-width front tires seem a touch over-tasked on hard braking. That's a factor of the car's 3,500-plus-pound curb weight and the massive speeds the twin-turbo 3.8-liter flat six-cylinder can push, overcoming the linear grip available through sheer force.

But ultimately, even this shortfall isn't a major factor. The 911 Turbo and Turbo S want to be driven well ahead of the track. Leaving the braking for the last possible second isn't the route to true speed, even if it were to have a bit more front-end grip on the brakes. No, these cars like to be driven early.

Get the braking out of the way, set up the turn-in (trailing a bit of brake is fine, though you'll get good rotation with nothing more than being off-throttle), and get the car pointed through the turn as soon as possible. Then transition smoothly back to the gas, and you're rifled from apex to the track-out point and beyond. Repeat as necessary.

Your commute doesn't include a start/finish line and a pit lane, you say? That's just fine by the Turbo.

In a way emulated only by the McLaren MP4-12C in this performance class, the 911 Turbo and Turbo S are eminently practical.

There's space for a couple of (small) bags in the front trunk space, and more gear can go on the rear seats--there's no real room for passengers back there, unless they've evolved forward-folding legs, or a complete lack of them.

But the ride comfort, quietness (even well into triple-digit speeds), and ease-of-use in the Turbo and Turbo S cabins is exactly on par with the 350-horsepower base model, which is to say: it's about as easy-going on the street as a coupe can be. The PDK automatic handles shifts smoothly; the auto stop-start system shuts the car down as you roll to a stop, re-firing with aplomb (and a minimum of vibration); the adjustable suspension lets you tune the firmness to suit the mood.

Does the Turbo/Turbo S duo qualify for true supercar status? Does it compete with the Ferrari 458 Italias and McLaren MP4-12Cs of the world? Or is the force-fed Neunelfer somehow less because of its more common basis or its quotidian capabilities?

After spending a day with the car on the Bilster Berg circuit and the roads around it, it's clear: whatever the baggage, this is a supercar by any standard. In fact, it may set the new supercar standard for those who'd like to drive their collection's hottest performer more than once a week.

Why? Because underneath the massive speed, rocket-like acceleration, and crisp, tossable handling, the Turbo and Turbo S are, ultimately, 911s. And that's a very good thing.

Porsche provided airfare, food, and lodging during the course of this first drive.