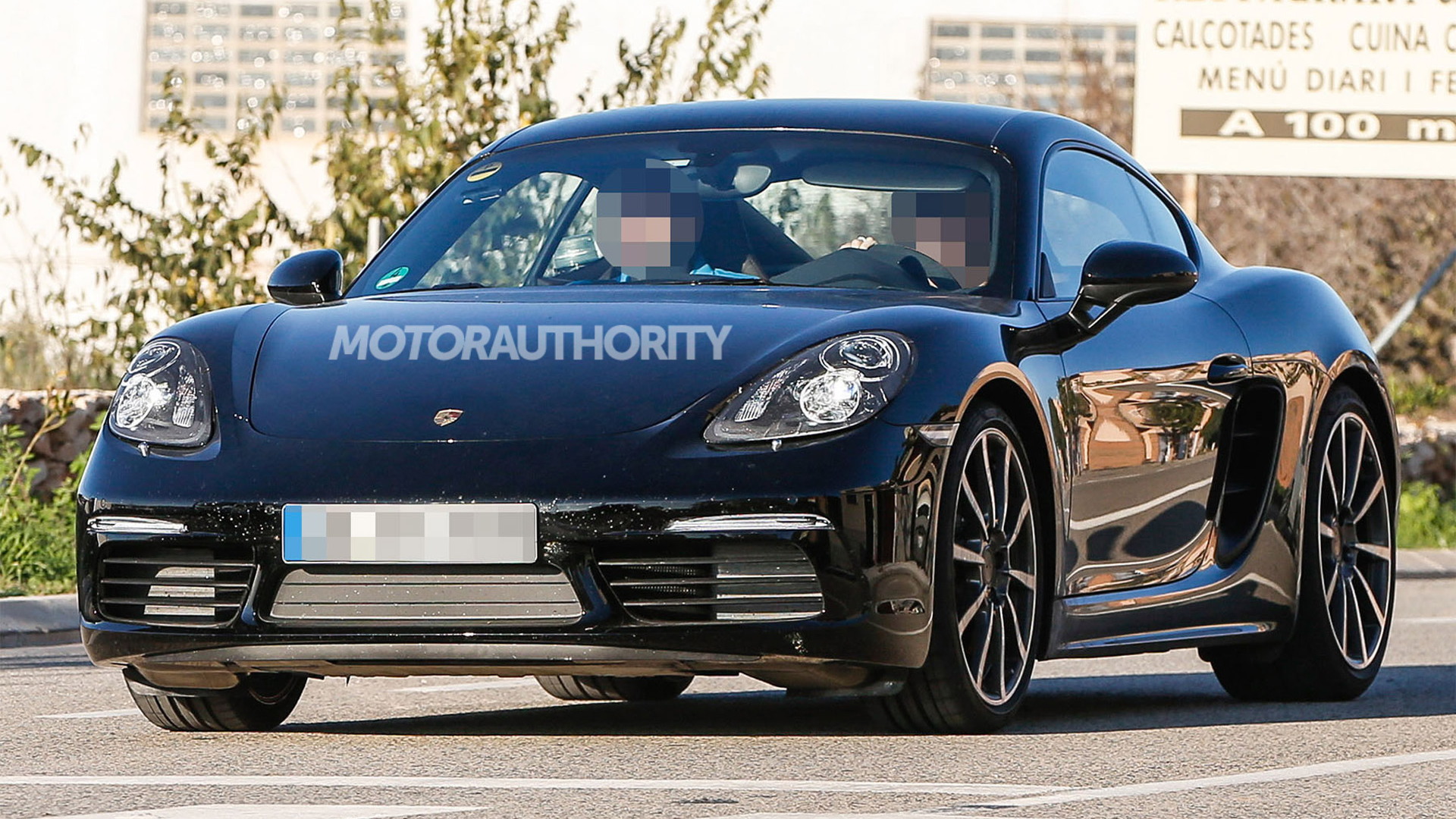 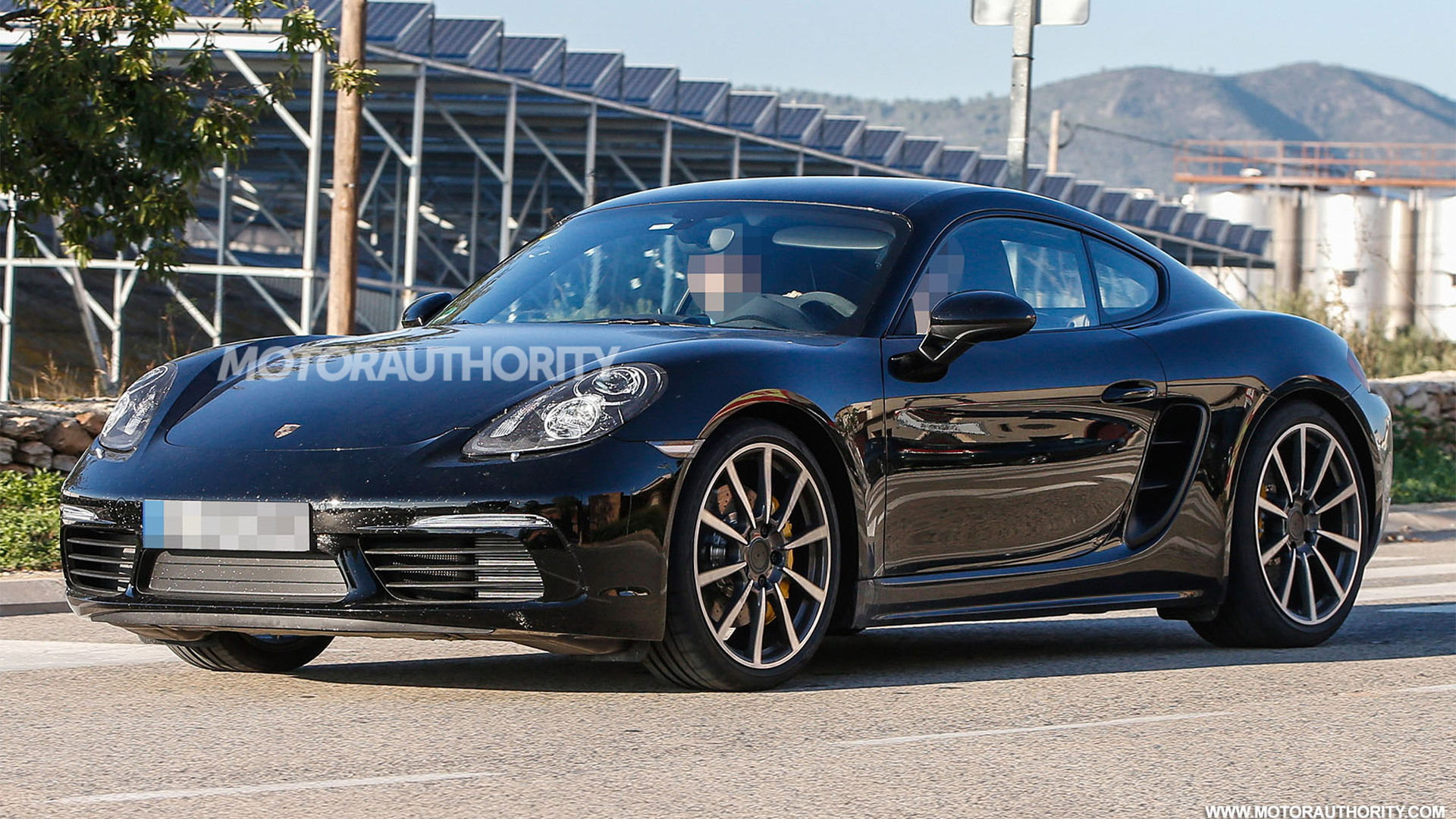 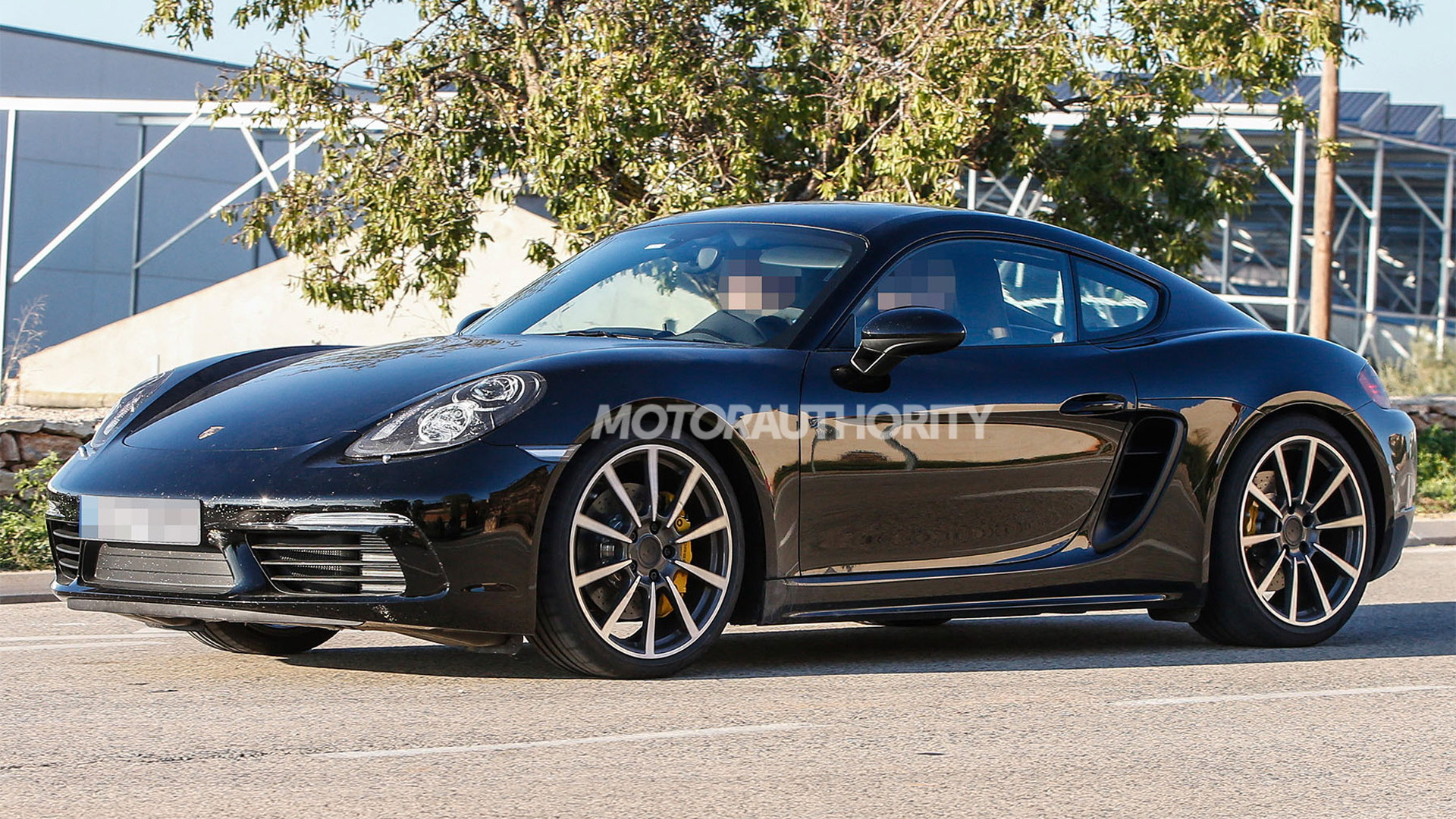 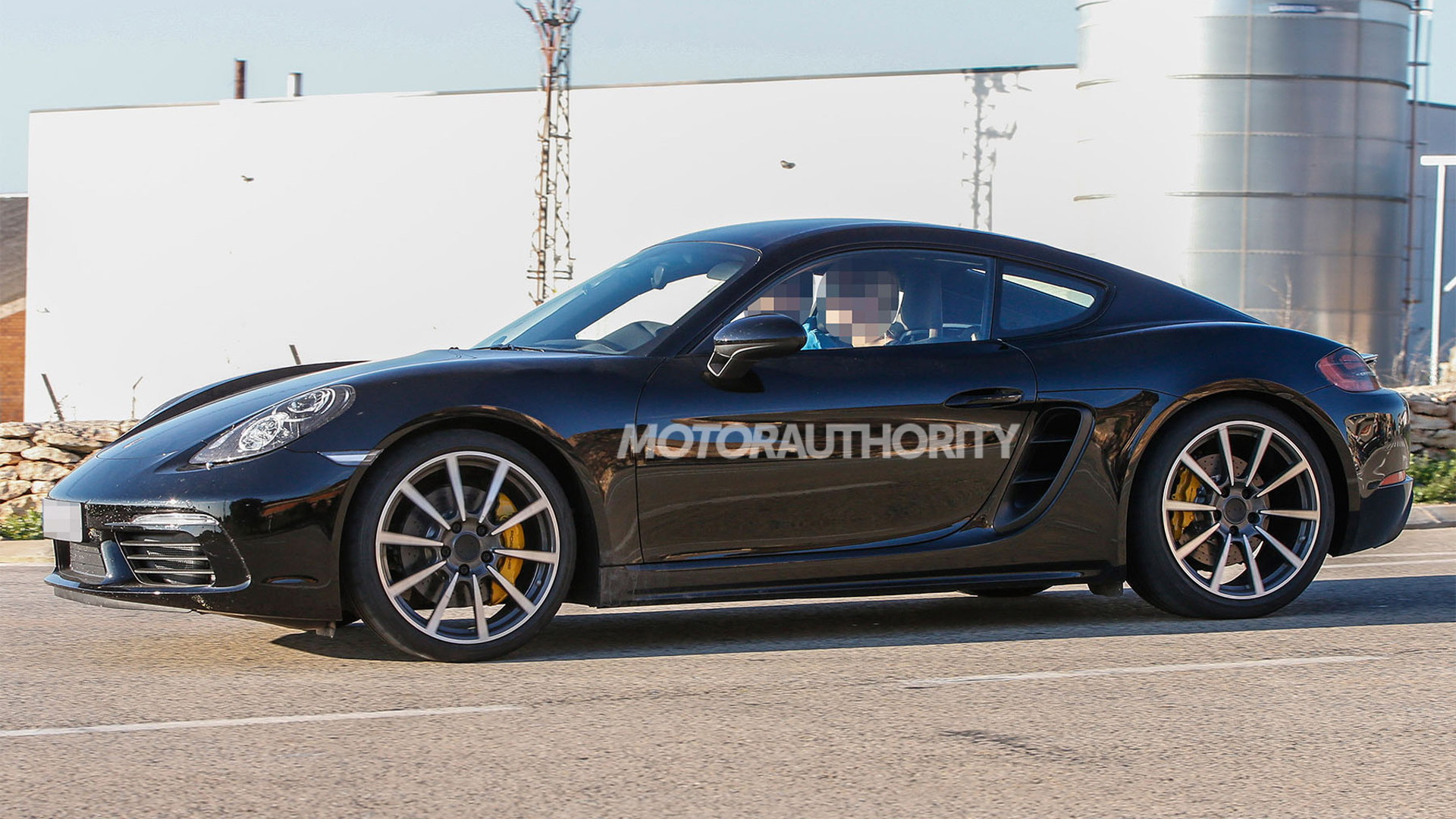 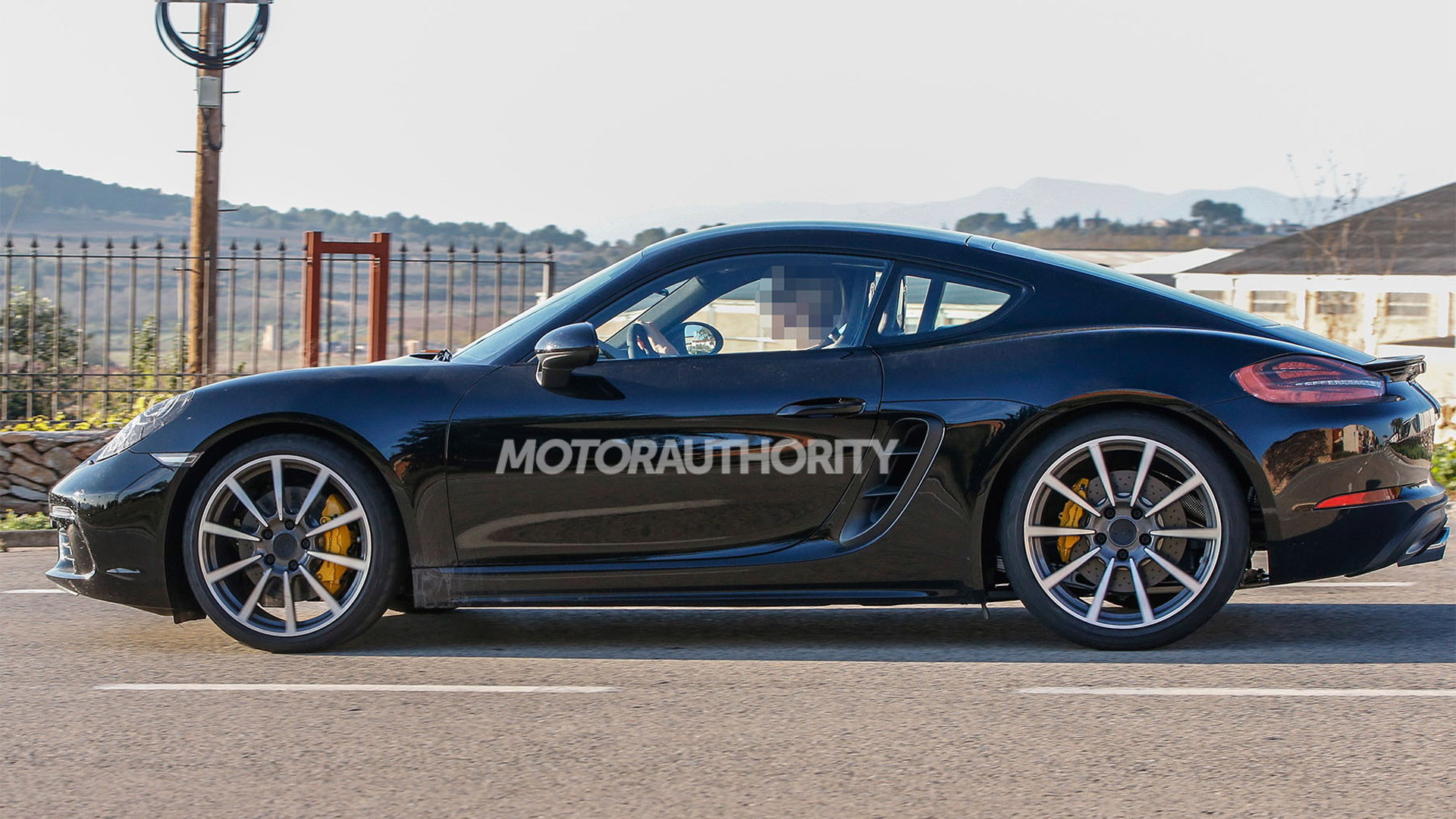 Porsche is set to introduce a facelift for its entry-level Boxster and Cayman sports cars, both of which are approaching the midway point in their respective life cycles. The updated Boxster has been spotted in the wild extensively but now we have new, very revealing spy shots of the updated Cayman.

At the front, the headlights have been revised and look to feature a more angular shape. The design of the front bumper is also new, with the intakes featuring a completely different shape to those on the current model. And the tail lights have a new internal design.

While the exterior doesn't appear to be changing much, big things are in store for the mechanicals. Former Porsche CEO Matthias Müller (he now heads the Volkswagen Group) previously confirmed that the Boxster and Cayman will adopt four-cylinder power in mid-2016, which is when the facelifted versions of both cars are due on the market. Some early prototypes are shown in the video below and feature a distinct four-cylinder ‘boxer’ sound.

Müller has previously hinted that Porsche’s flat-four engine, which should come in 2.0- and 2.5-liter flavors, and with turbocharging, could develop up to 400 metric horsepower in some guises, which is approximately 395 regular horses. The most powerful versions of the current Boxster and Cayman are the recently revealed Boxster Spyder and Cayman GT4, which produce 375 and 385 hp respectively from their flat-six engines.

The current Cayman, launched as a 2014 model, is hard to beat when it comes to its combination of style, performance, luxury and price, so it should come as no surprise that it’s one of our favorite cars here at Motor Authority. It even took out our Best Car to Buy award for 2014, along with the Mercedes-Benz CLA45 AMG. This updated version should be launched alongside the updated Boxster, as a 2017 model, and hopefully it's just as good.