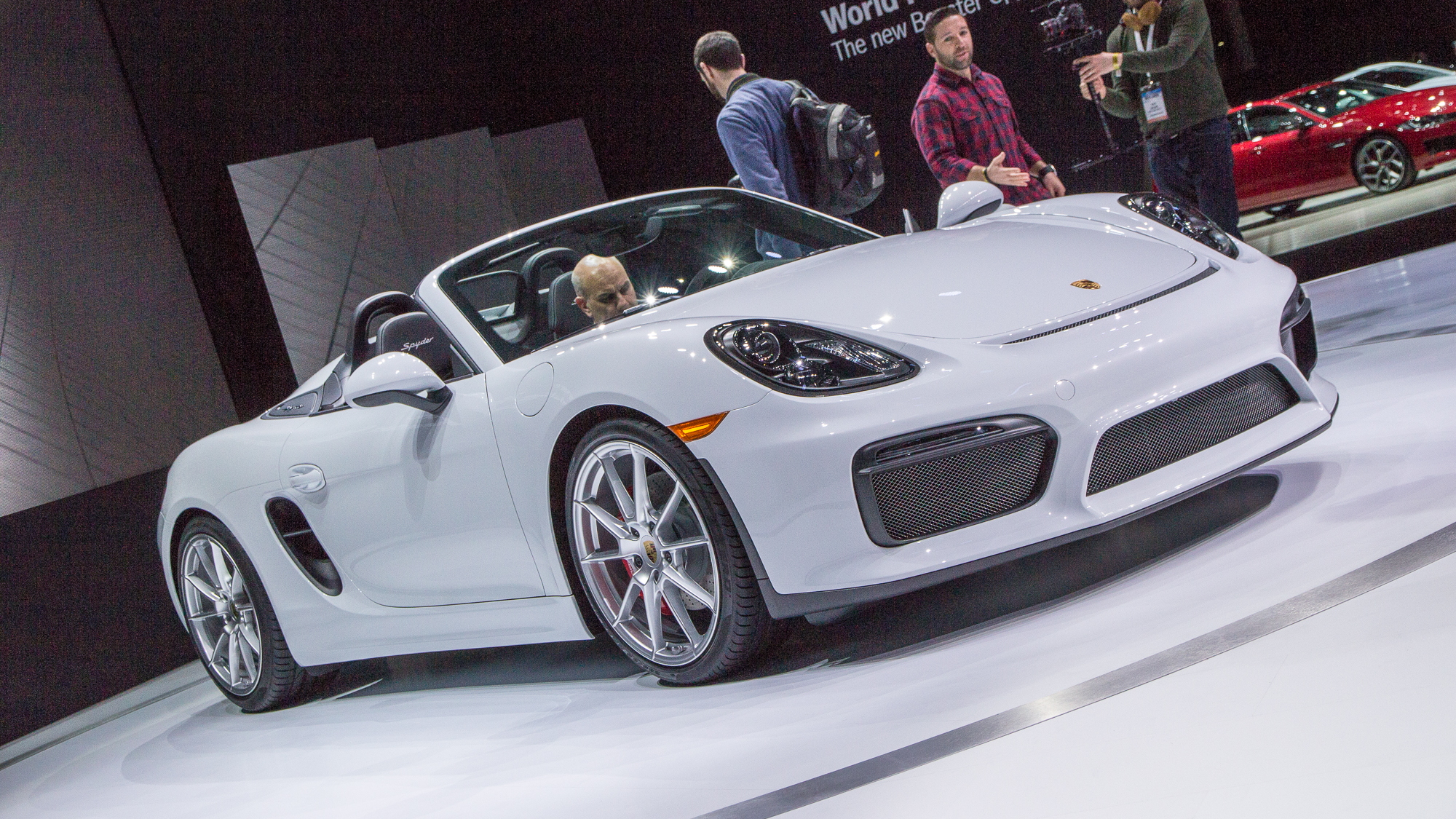 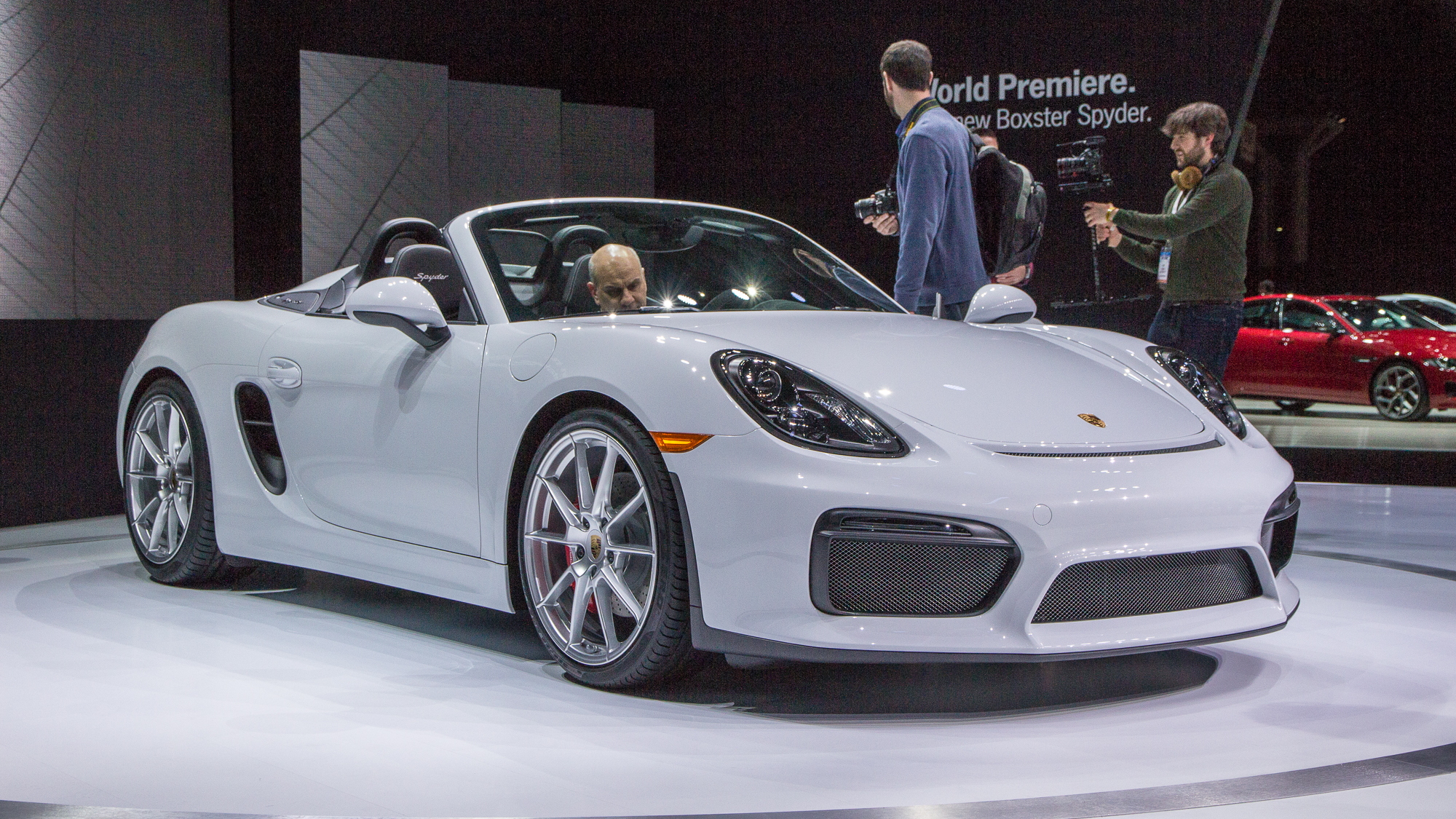 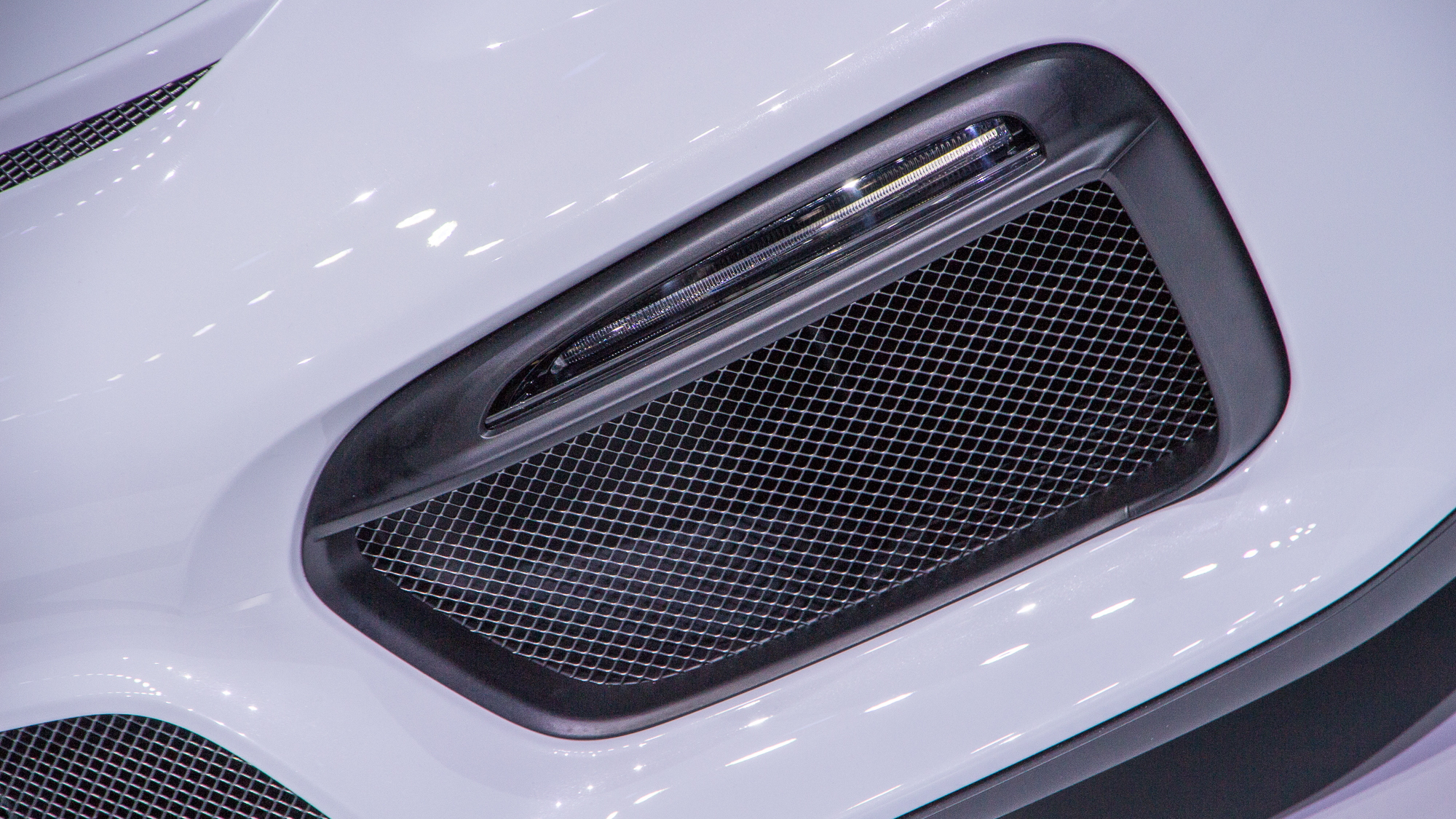 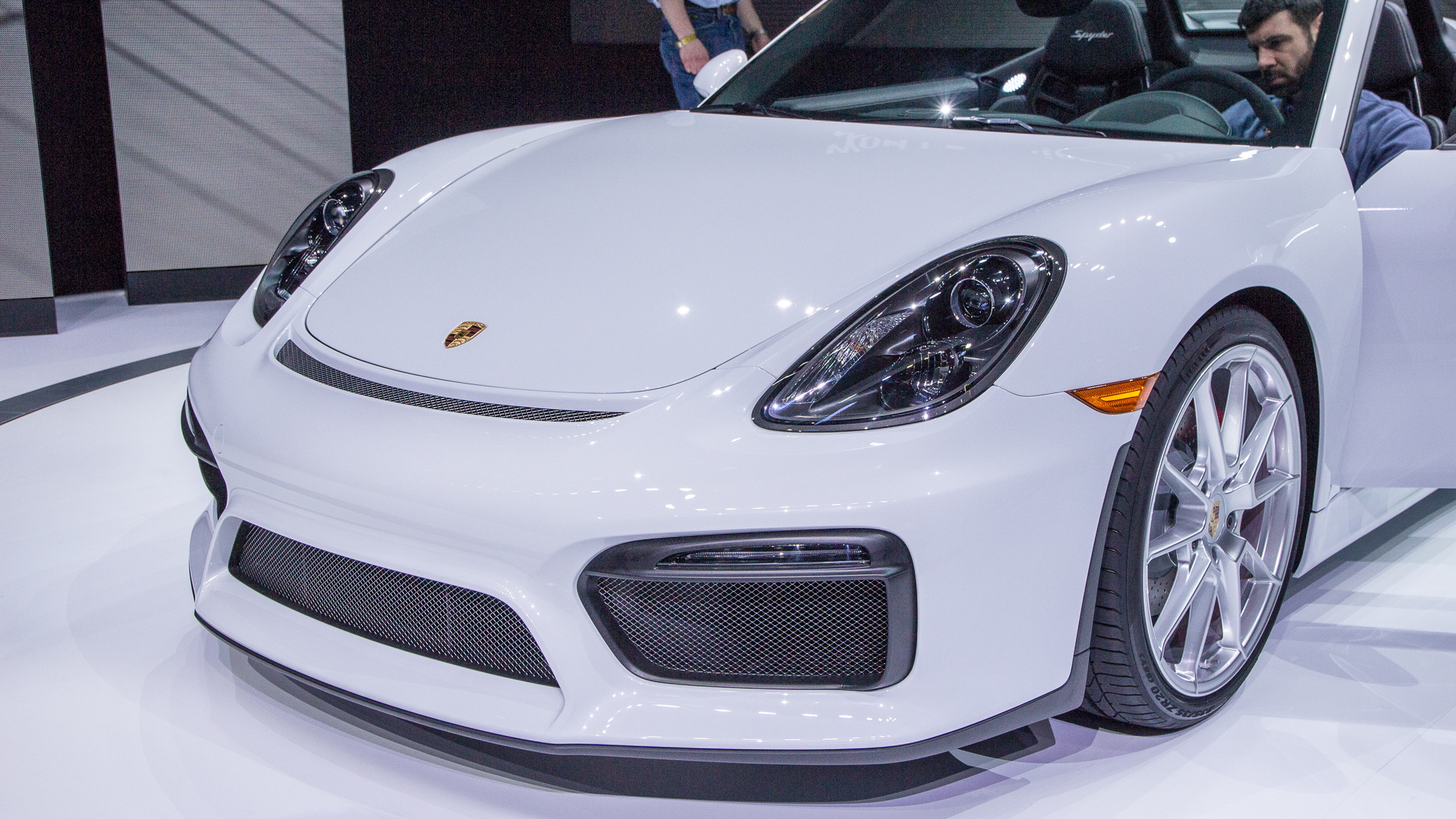 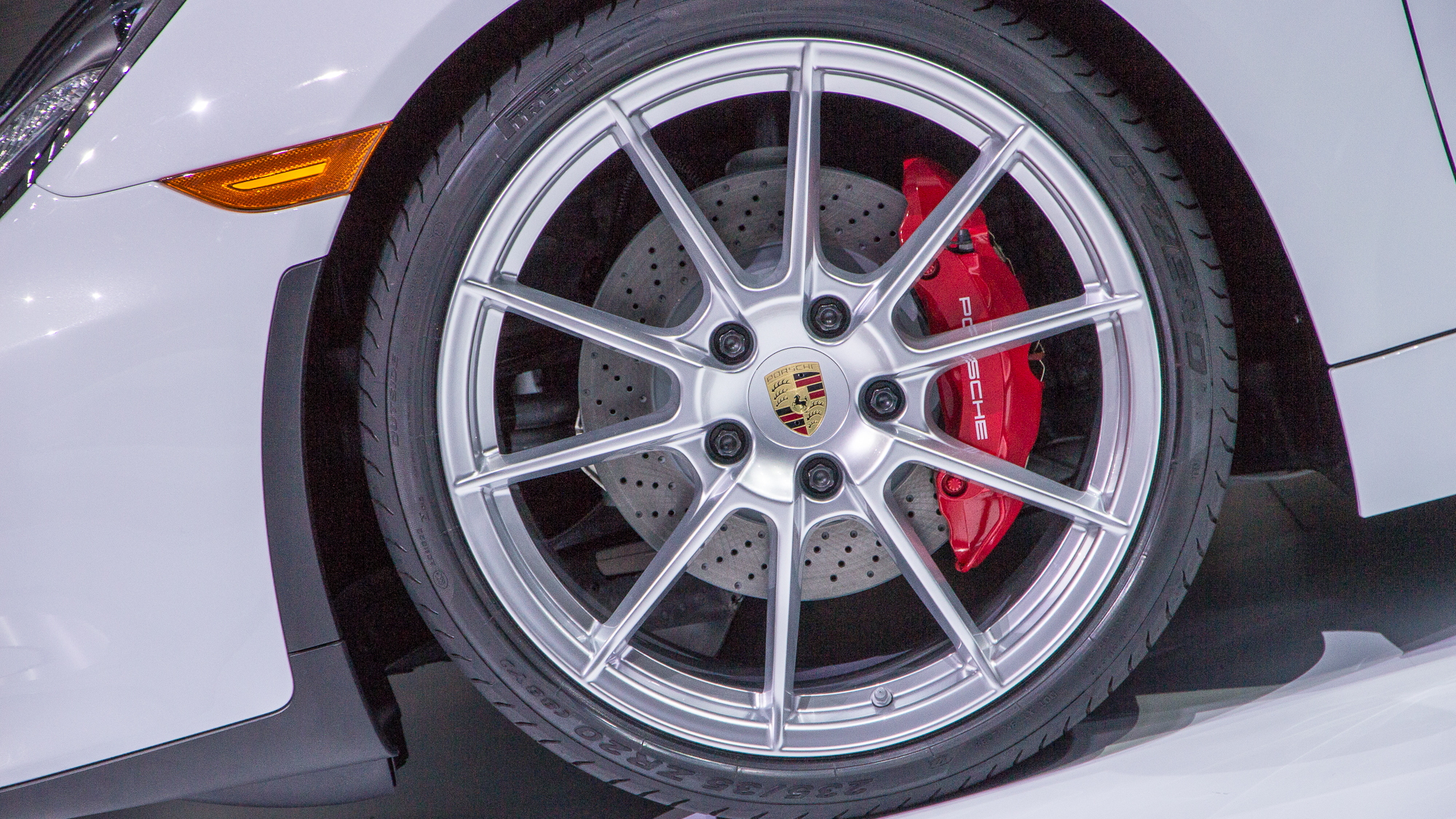 Porsche’s hottest Boxster at present is the 330-horsepower GTS but by the end of the year the German automaker will have this baby in showrooms: the all-new Boxster Spyder, making its debut this week at the 2015 New York Auto Show. A successor to the 2011 Boxster Spyder, as well as a tribute to the 718 Spyder from the 1960s (notice those delicious rear humps behind the headrests), the latest car retains the unique and unmistakable character of the previous incarnations and injects it with some serious performance.

For example, the classic roadster top is still opened and closed by hand, and the car is only available with a manual transmission, benefiting both weight savings and driver enjoyment. But behind those seats sits a massive—for the Boxster—3.8-liter flat-six tuned to deliver 375 horsepower. That’s just 10 hp shy of the engine’s output in the new Cayman GT4, a track-focused model from which many of the Boxster Spyder’s components have been lifted.

This includes a firm sport suspension with a 20-millimeter lower ride height, a more aggressive aero kit with larger intakes, uprated brakes and more direct steering. The size of the steering wheel has also been reduced to 360 mm across (down from 370 mm) to ensure the car can be driven precisely and with great agility. The standard seats are Porsche’s grippy Sport Seats Plus.

In line with the model’s traditional roadster character, neither a radio nor an air conditioner is included to help shed a few extra pounds. However, both can be ordered as optional equipment at no cost. You can also add most of the Boxster’s regular options such as a satellite navigation system and communications package.

So what kind of performance numbers are we looking at? Porsche quotes a 0-60 mph time of just 4.3 seconds and a top speed of 180 mph.