It appears the Speedster has made a return, although this time around Porsche has used its Boxster as the basis. The new car is called the 2011 Porsche Boxster Spyder and it’s set to make its world debut next month at the 2009 Los Angeles Auto Show before going on sale in February 2010.

The Spyder is based on the Boxster S but it gets a small bump in performance, with its 3.4-liter flat-six engine developing 320 horsepower and 273 pound-feet of torque--the same as the current Cayman S. 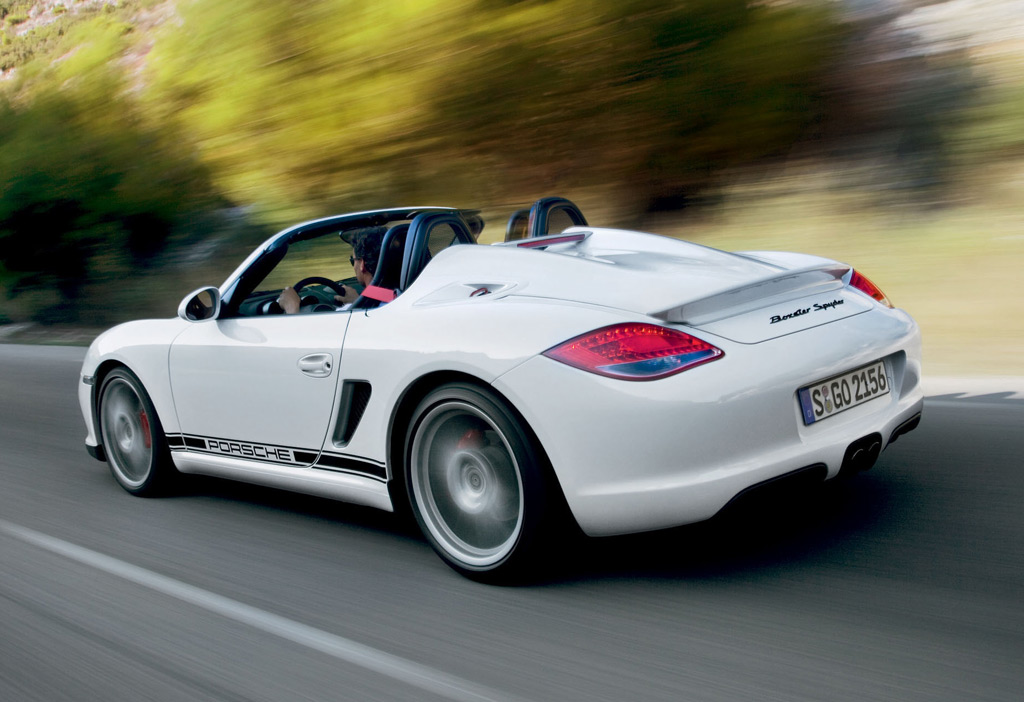 Weighing in at just 2,811 pounds, the Spyder will be the lightest Porsche available--from a company already known for lightweight, proficient sports cars. Some of the techniques used to shed the pounds include the removal of the regular Boxster’s daytime running lights and fog lamps, as well as its automatic soft-top roof. Instead, the Spyder gets a manually-operated canopy-style roof and new rear deck.

Inside, the weight saving theme continues with the removal of the air conditioner and stereo, as well as the regular Boxster’s seats, which have been replaced with lighter and more supportive bucket seats.

The end result is a saving of 0.2 seconds off the Boxster S’ 0-62 mph time, with the Boxster Spyder doing it in just 4.8 seconds when equipped with Porsche’s PDK dual-clutch gearbox and Sport Chrono Plus package. The other benefit of the lighter kerb weight is a slight improvement in fuel economy though official numbers are yet to be released.

The combination of more horsepower and 176 pounds less weight than the Boxster S, plus an all-new sport suspension that lowers the Boxster Spyder 20 mm, a lower center of gravity, a standard limited slip differential, and exclusive wheels provides the kind of driving dynamics that back up the unique look. Aluminum door skins and lightweight interior door panels from the 911 GT3 RS contribute to the weight reduction.

This third Boxster model will join the Boxster and Boxster S and will make its world debut at the 2009 Los Angeles Auto Show, December 2, 2009. First sales will start in February 2010, with prices starting at $61,200.