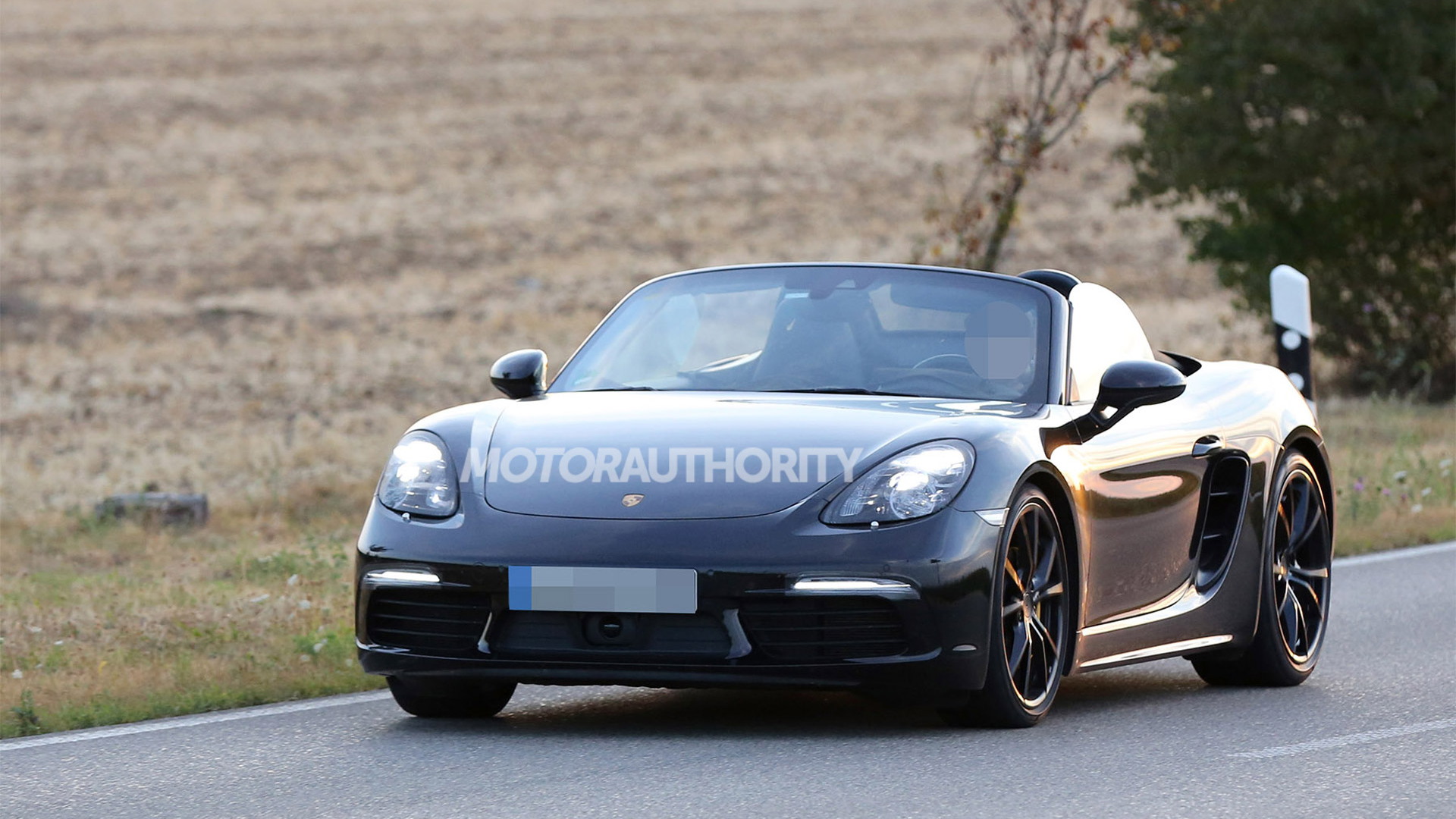 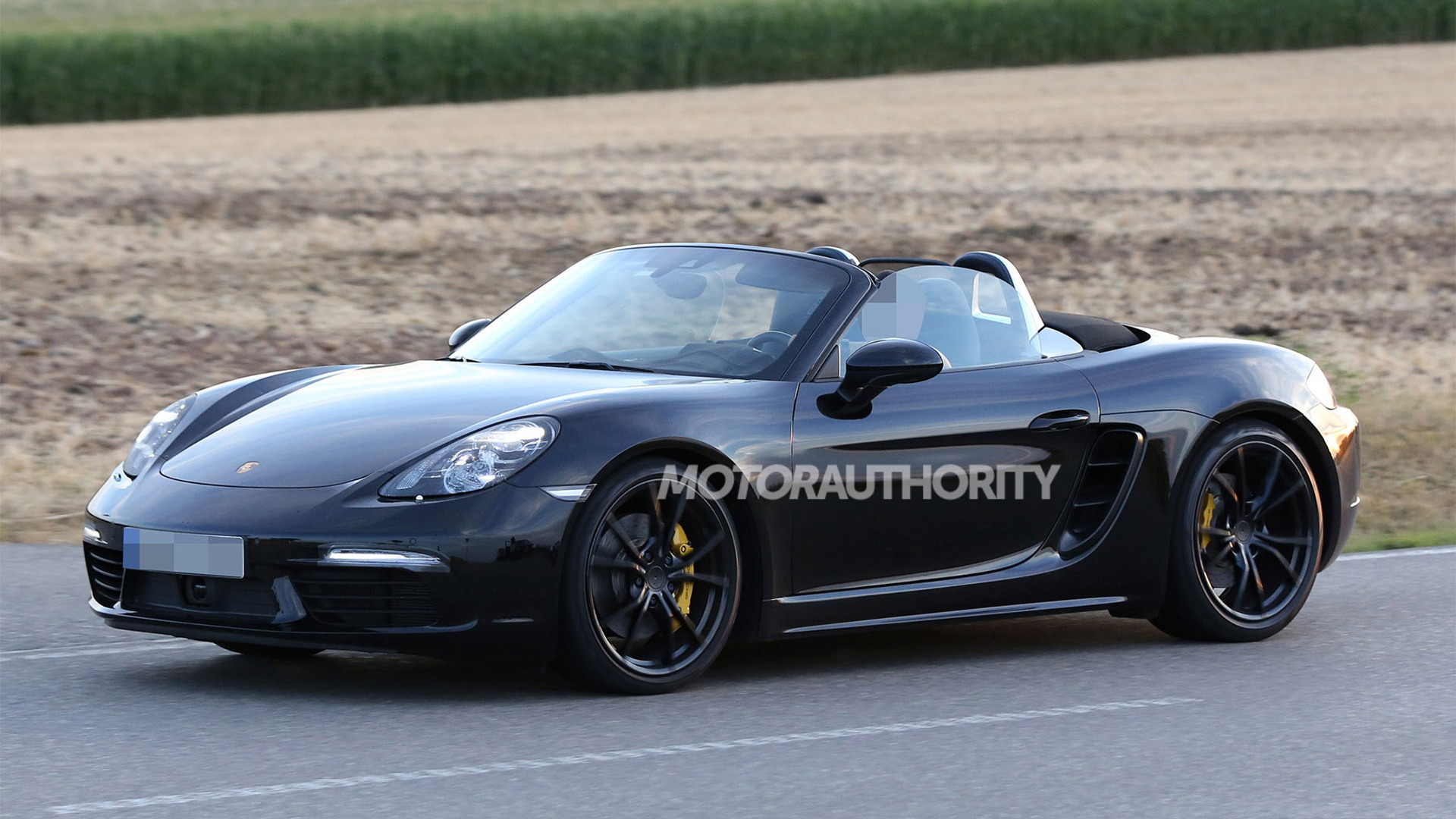 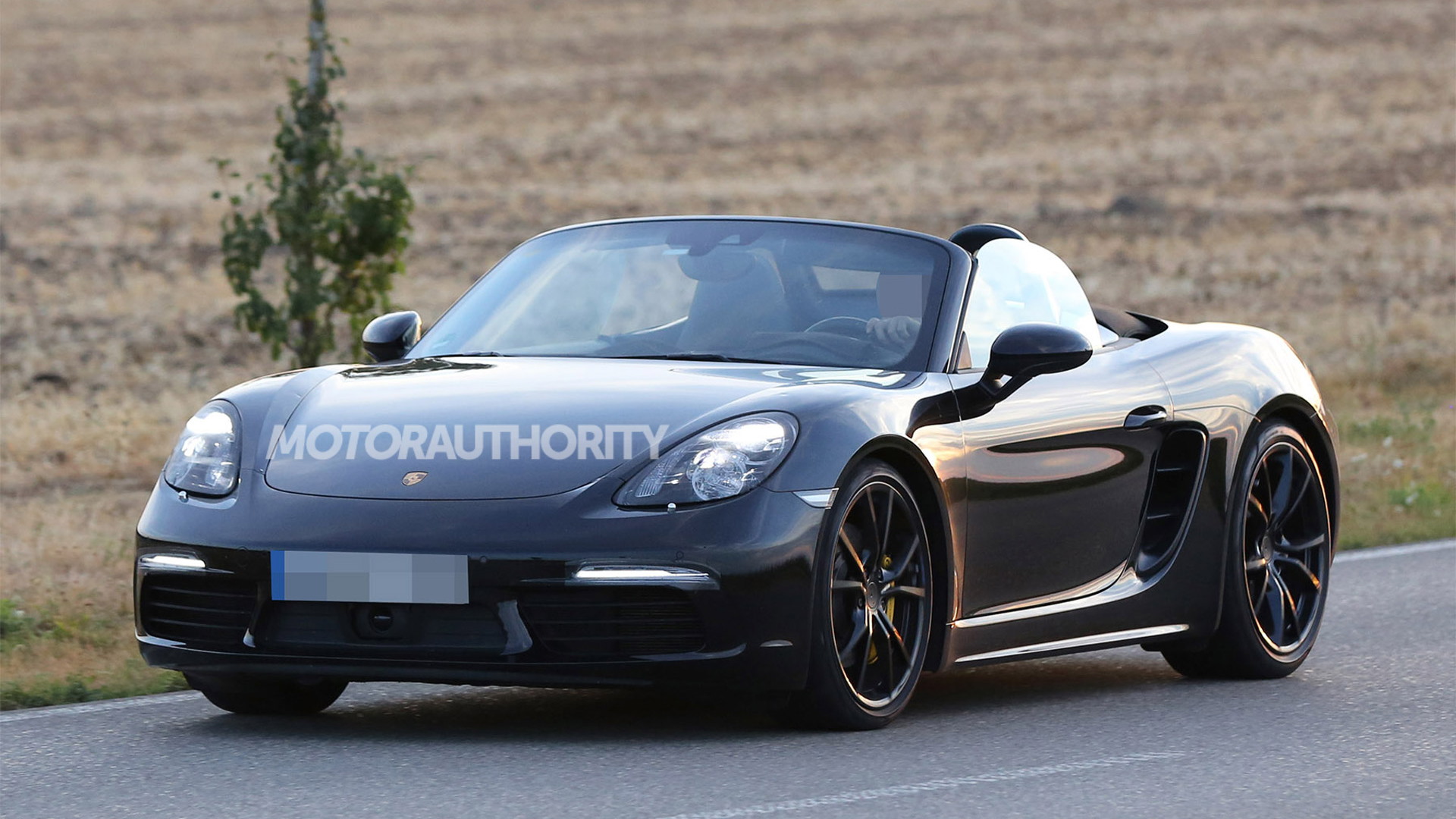 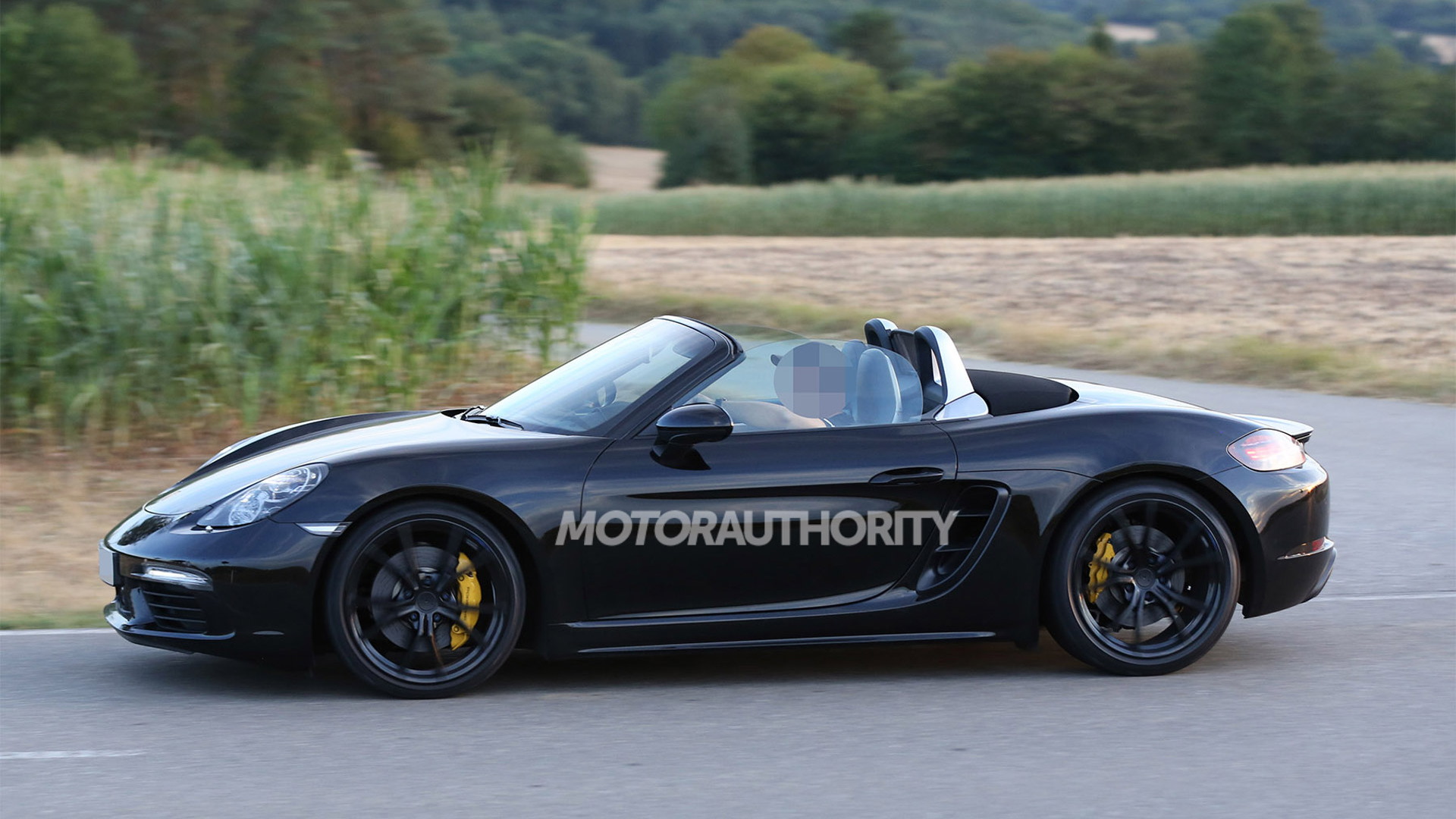 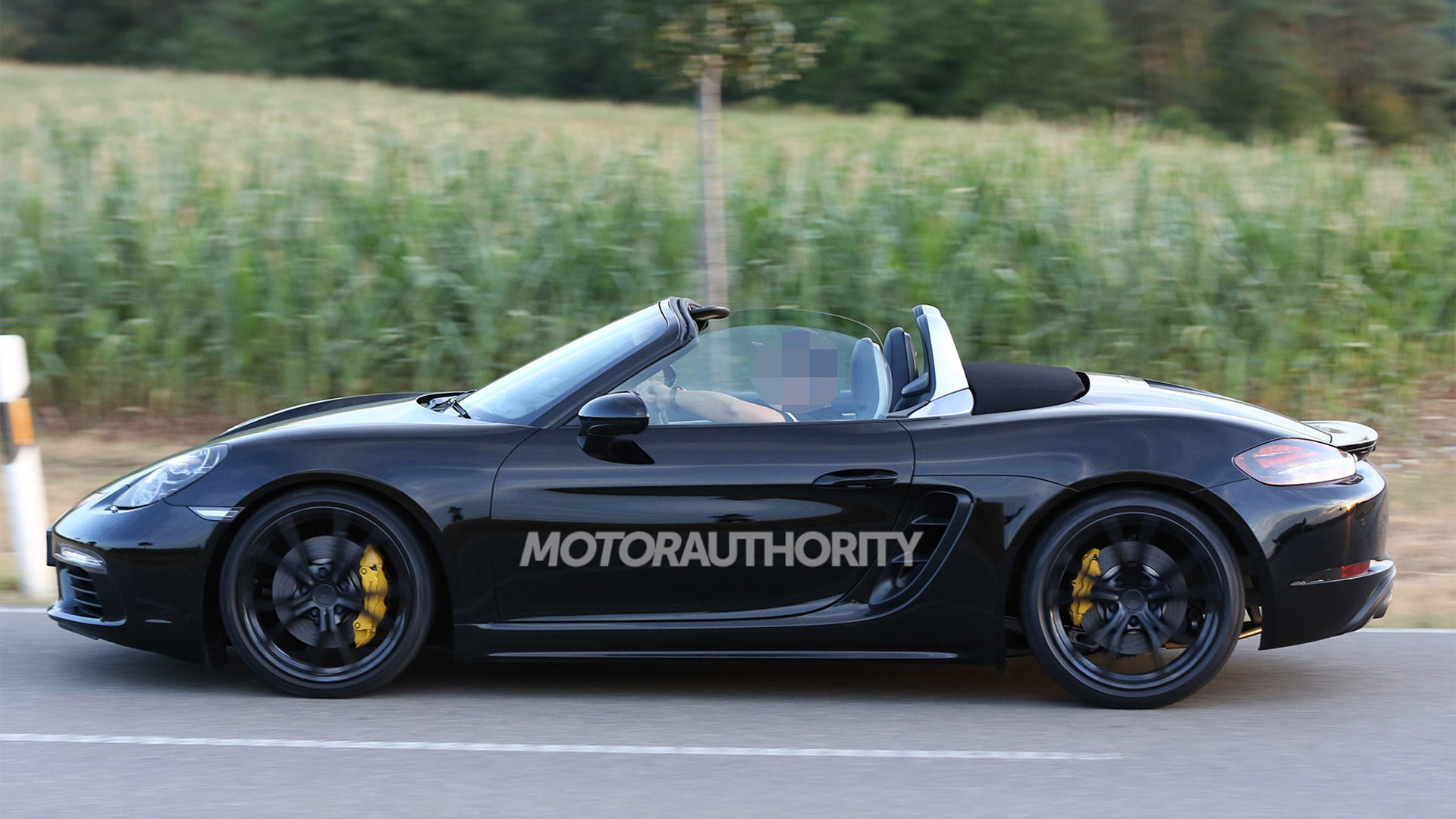 The current Boxster was all-new for the 2013 model year so in Porsche tradition we should see the car receive a mid-cycle facelift for the 2017 model year. Today we have new spy shots of a prototype for the facelifted car plus a video from YouTube user BridgeToGantry.

The Boxster is one of our favorite cars here at Motor Authority, and it even took out our Best Car To Buy award for 2013. Hopefully there won't be too many changes with this facelift, and it looks like that will be the case, visually at least, judging from the spy shots.

At the front, the headlights have been revised and look to feature a more angular shape. The design of the front bumper is also new, with the intakes featuring a completely different shape to those on the current model. Most of the changes are also likely to be incorporated on the Cayman for its own mid-cycle facelift.

While the exterior doesn't appear to be changing much, big things are in store for the mechanicals. Porsche CEO Matthias Mueller has confirmed that the Boxster and Cayman will adopt four-cylinder power in mid-2016, which is when the facelifted versions of both cars are due on the market.

Mueller has previously hinted that Porsche’s flat-four engine, which should come in 2.0- and 2.5-liter flavors, and with turbocharging, could develop up to 400 metric horsepower in some guises, which is approximately 395 regular horses. The most powerful versions of the current Boxster and Cayman are the recently revealed Boxster Spyder and Cayman GT4, which produce 375 and 385 hp respectively from their flat-six engines.

Look for a debut of the facelifted Boxster either late this year or in early 2016. The facelifted Cayman should follow shortly after.