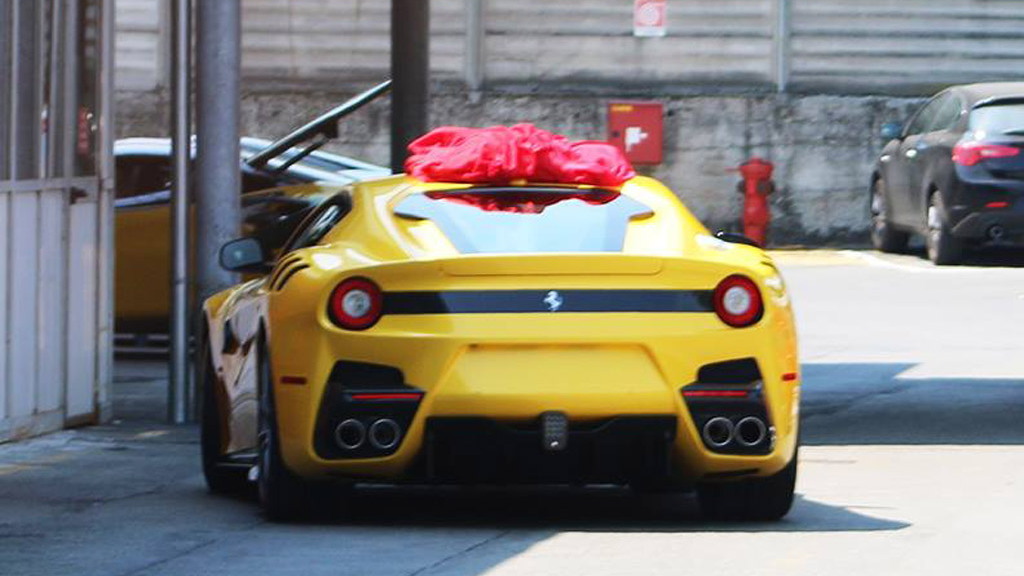 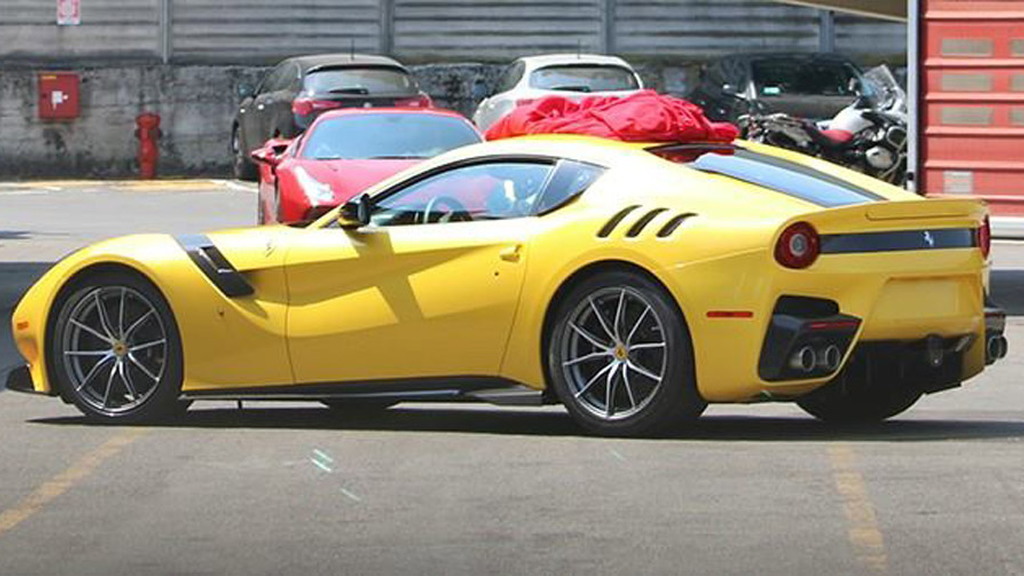 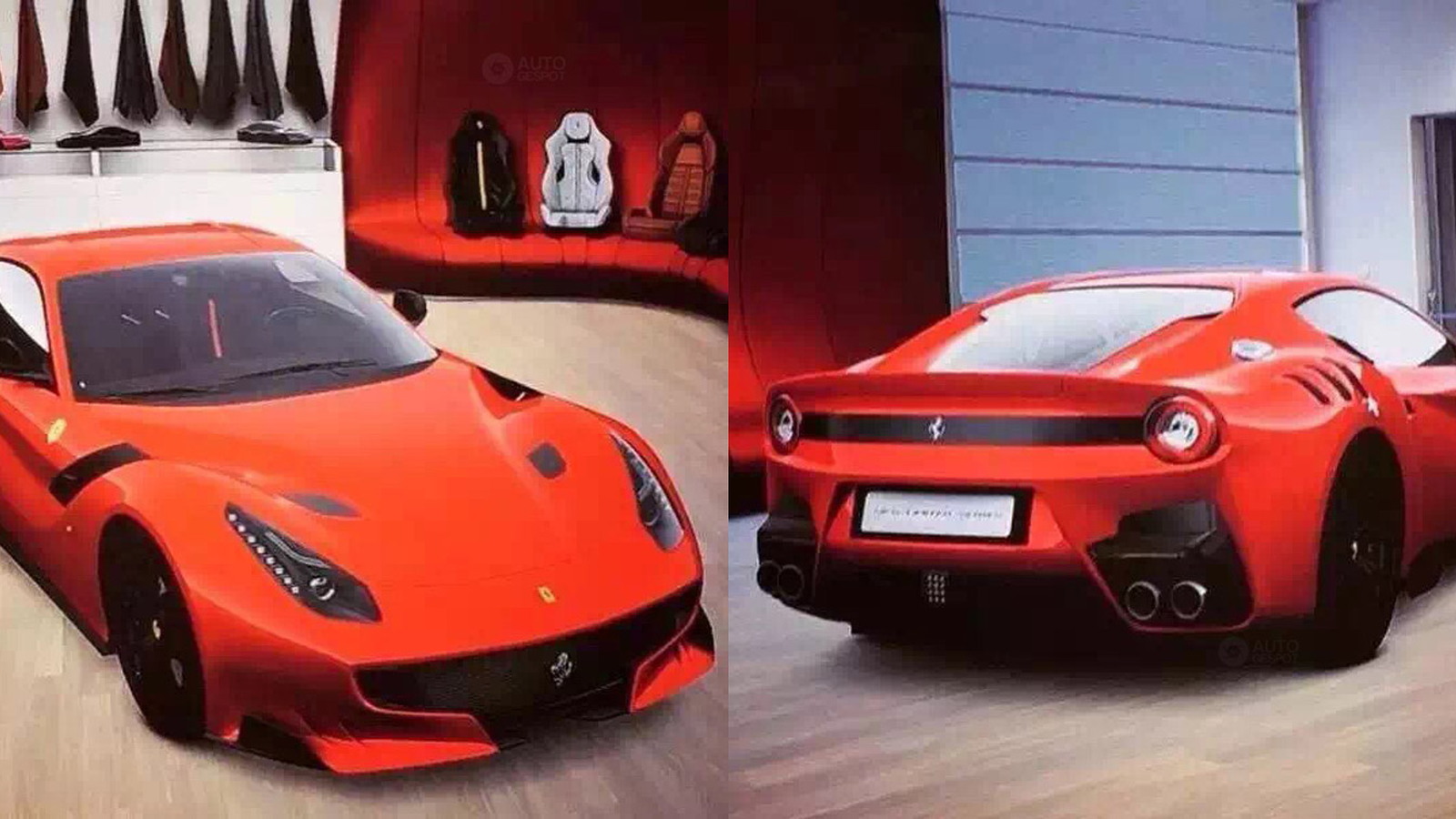 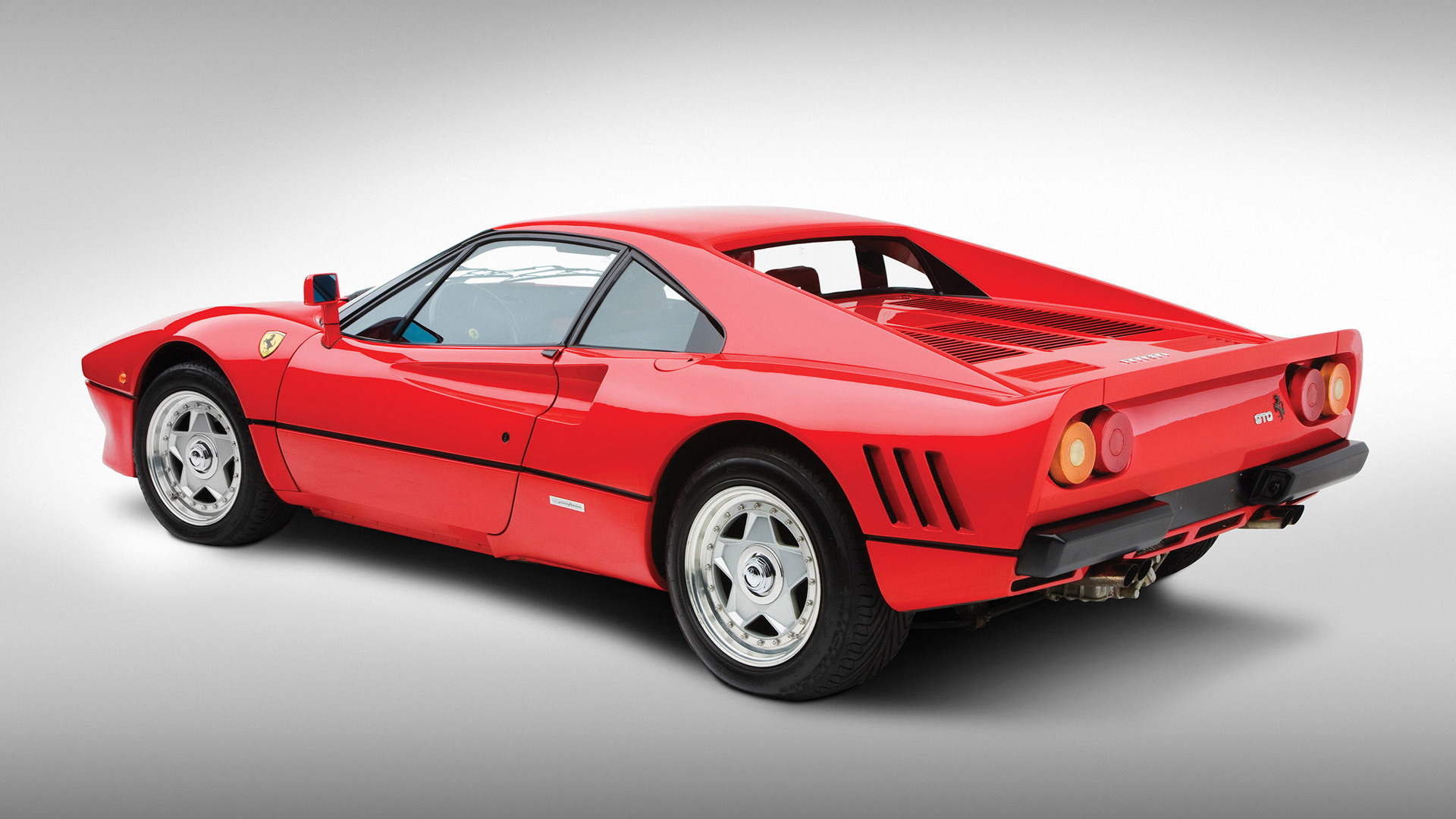 Earlier in the year we saw a mysterious Ferrari F12 Berlinetta mule testing in Italy with some camouflage gear taped over its rear. Originally thought to be an early mule for the F12’s mid-cycle update (Ferrari has confirmed its regular models will have an eight-year lifespan with a major update coming halfway), it’s now thought the car was a prototype for a more hardcore version of the F12 that’s to be sold alongside the current model, in the same way that Ferrari sold its 458 Speciale alongside the 458 Italia.

Just last month there were reports claiming this hardcore F12 would carry Ferrari’s storied GTO title, and we even saw some alleged official renderings of the car. Now we have some new photos of the actual car, and they strongly suggest that the hardcore F12 may in fact carry the GTO title, though Speciale has also been rumored.

Looking closely at the photos posted to the Facebook page Cavallino Rampante, it’s clear the car is the same one we saw in the earlier renderings that were snagged from an official Ferrari online configurator set up for the new model. Crucially, we can see a trio of vents on the rear fenders that mimic a design element featured on the 288 GTO. Also borrowed from the 288 GTO is the black bar running along the rear and the blacked out sections above the exhaust vents. On the '80s supercar, the black section was actually a single protective strip running along the rear bumper.

Power in the hardcore F12 is expected to be upped only slightly over the 730 horsepower of the F12 Berlinetta; instead, the weight of the donor F12 Berlinetta chassis may have been reduced dramatically. Peak output is thought to be rising to 760 hp, while weight is thought to be going down by as much as 440 pounds. The F12 Berlinetta currently tips the scales at about 3,150 lbs dry. The modifications will ensure that an F12 remains the fastest of Ferrari’s regular models, a title that’s been threatened by the arrival of the 488 GTB. There’s also the little issue of Lamborghini’s Aventador LP 750-4 SuperVeloce, currently the fastest production car around the Nürburgring after Porsche’s 918 Spyder.

In addition to power and weight-saving mods, the hardcore F12 is also expected to benefit from an extreme aerodynamics package, which you can see in the renderings. While this should boost downforce, it may result in a lower top speed than the F12 Berlinetta which maxes out around 211 mph. The 0-60 mph time should take less than 3.0 seconds.

Look for a debut at either next month’s Frankfurt Auto Show or the Geneva Motor Show next March. It’s possible the car will be Ferrari’s last road-going model to be launched with a V-12 devoid of hybrid technology, just as the 458 Speciale was the automaker’s last car with a V-8 devoid of turbochargers.