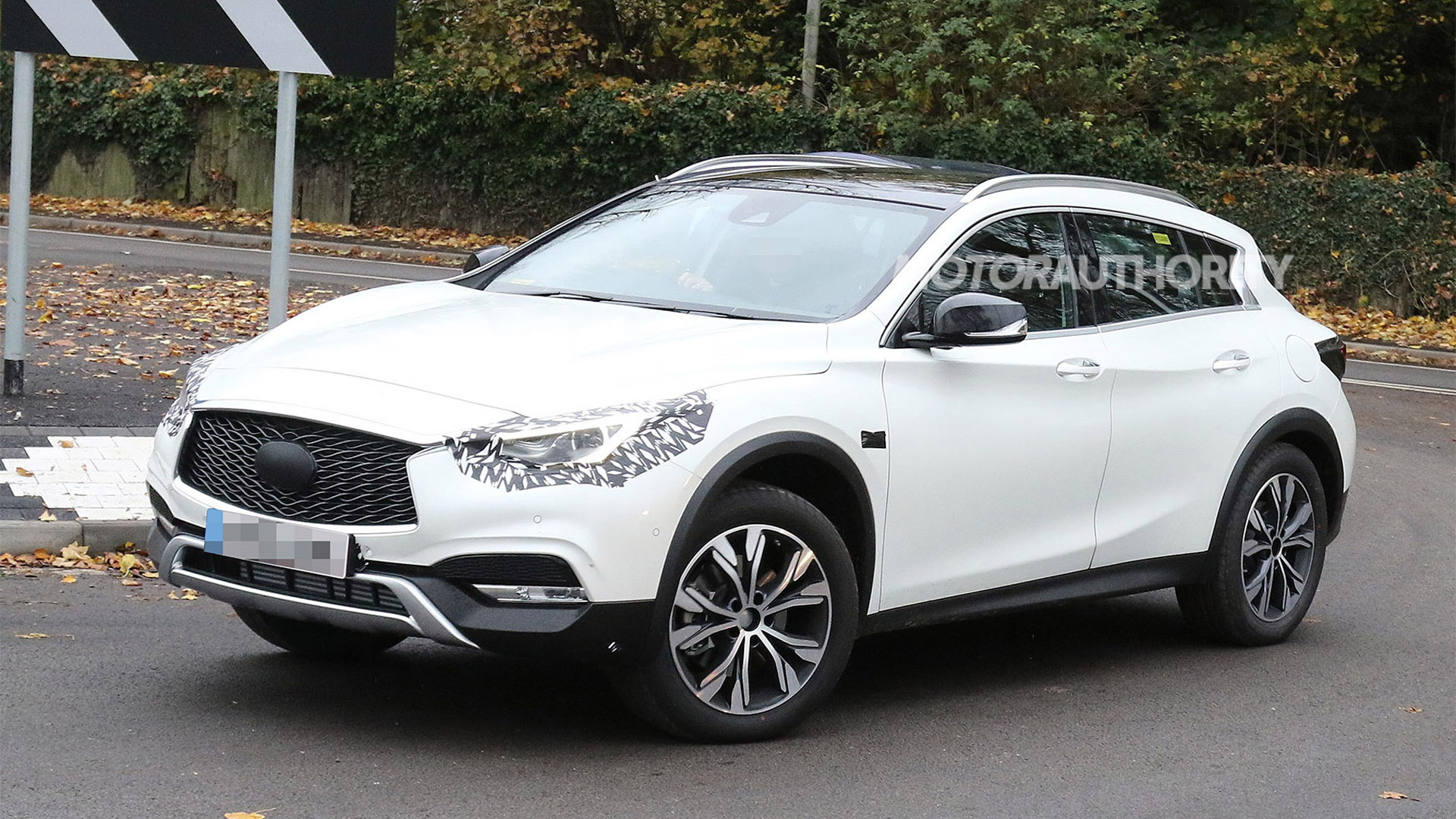 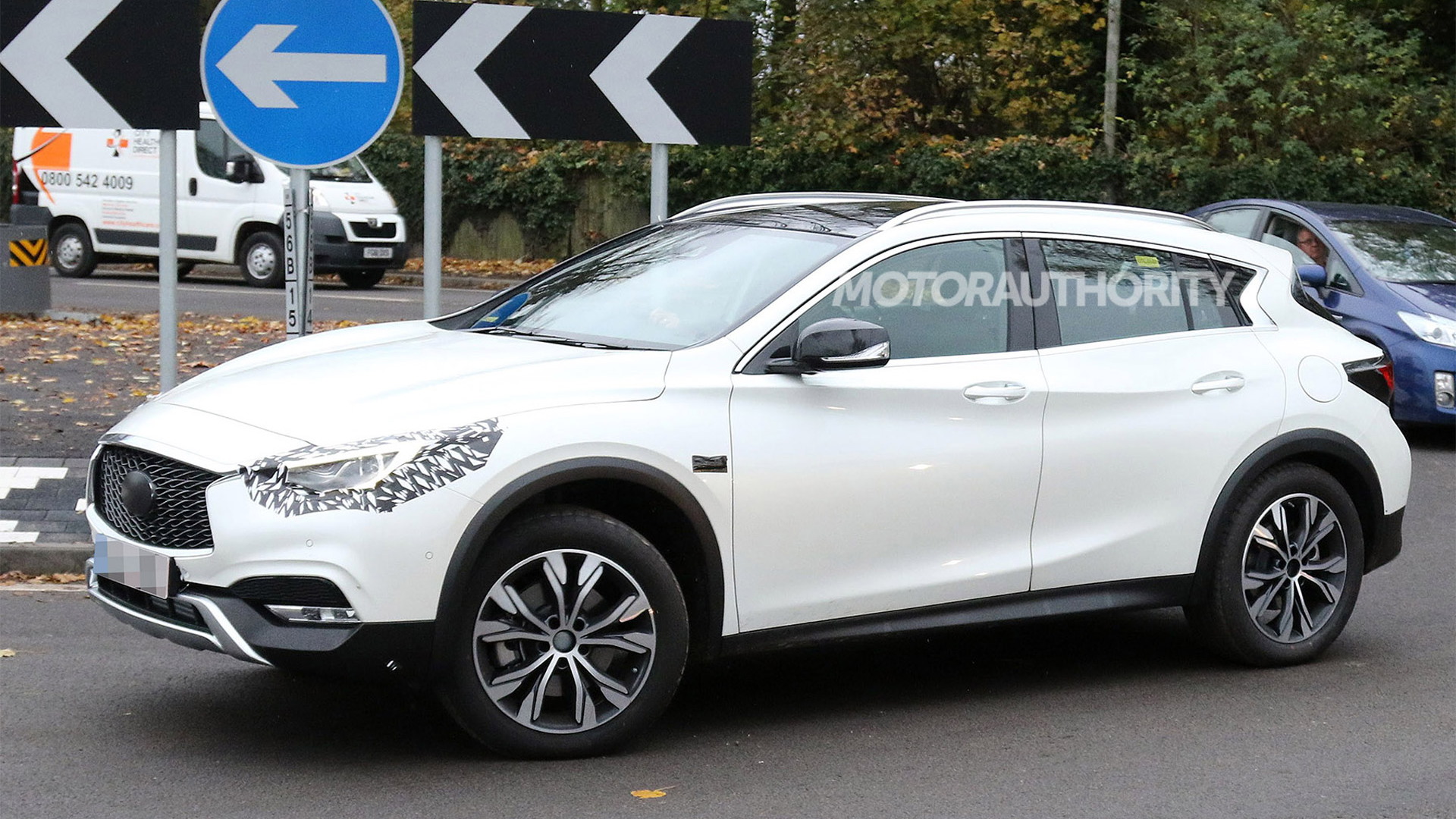 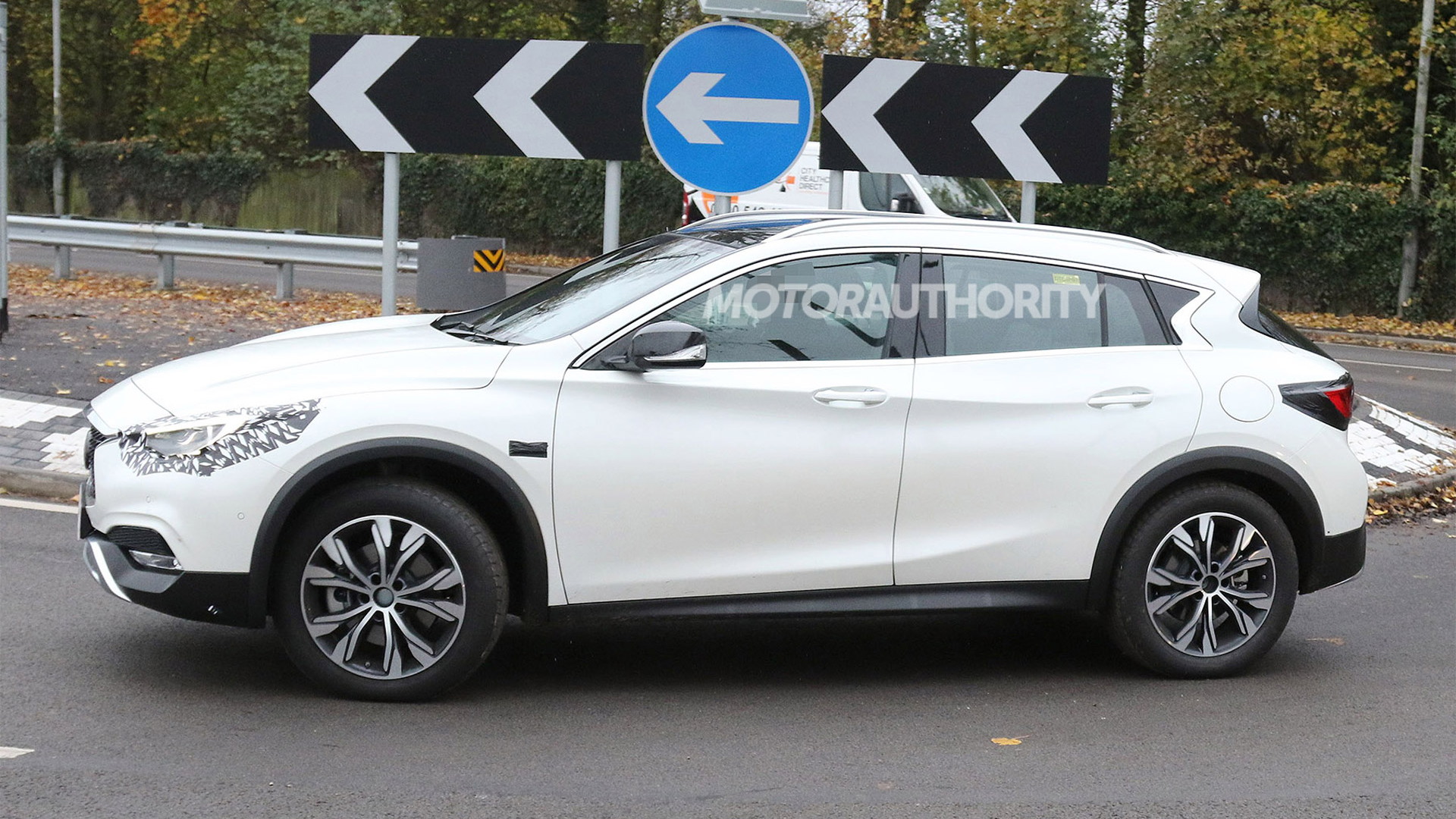 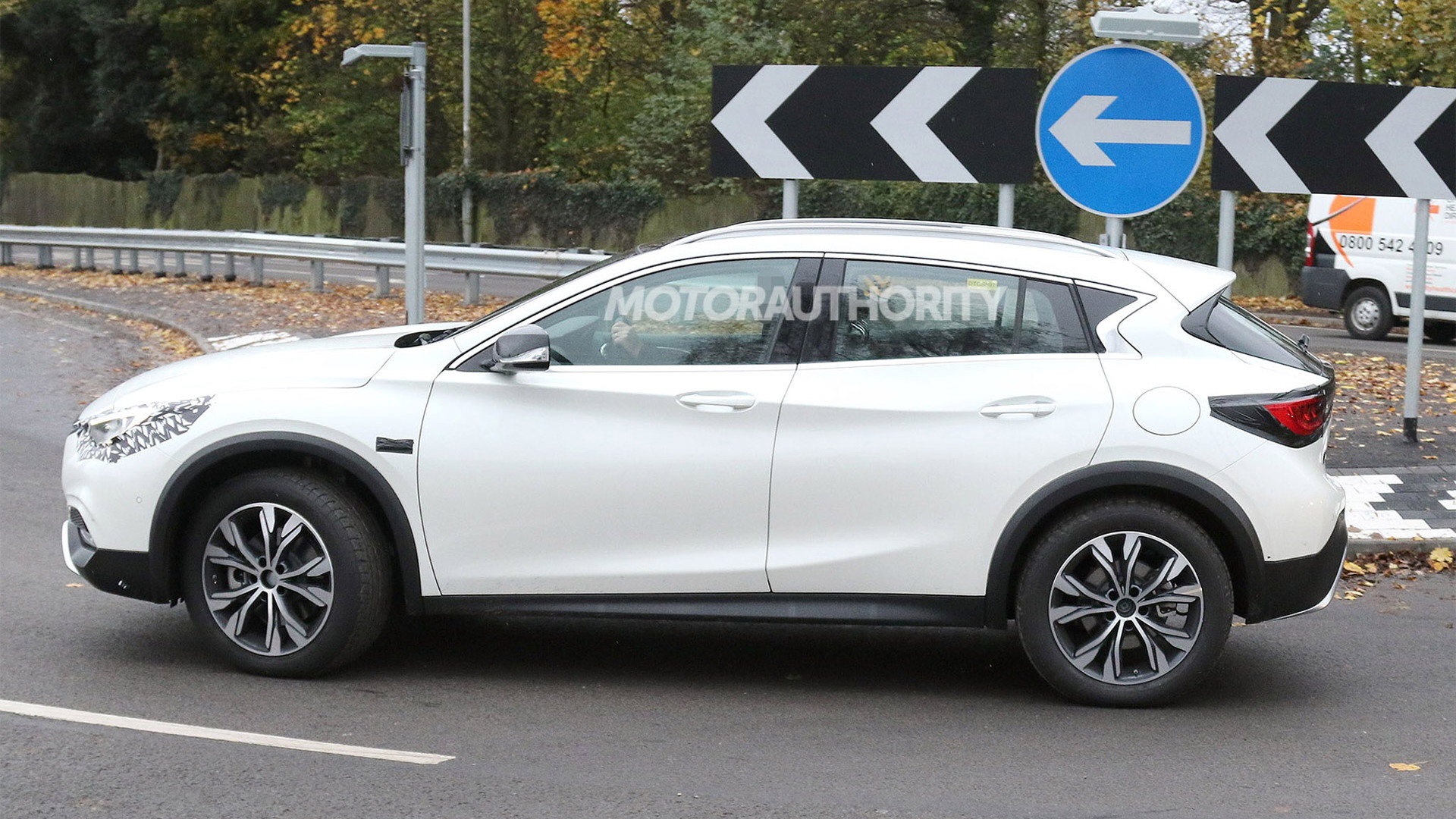 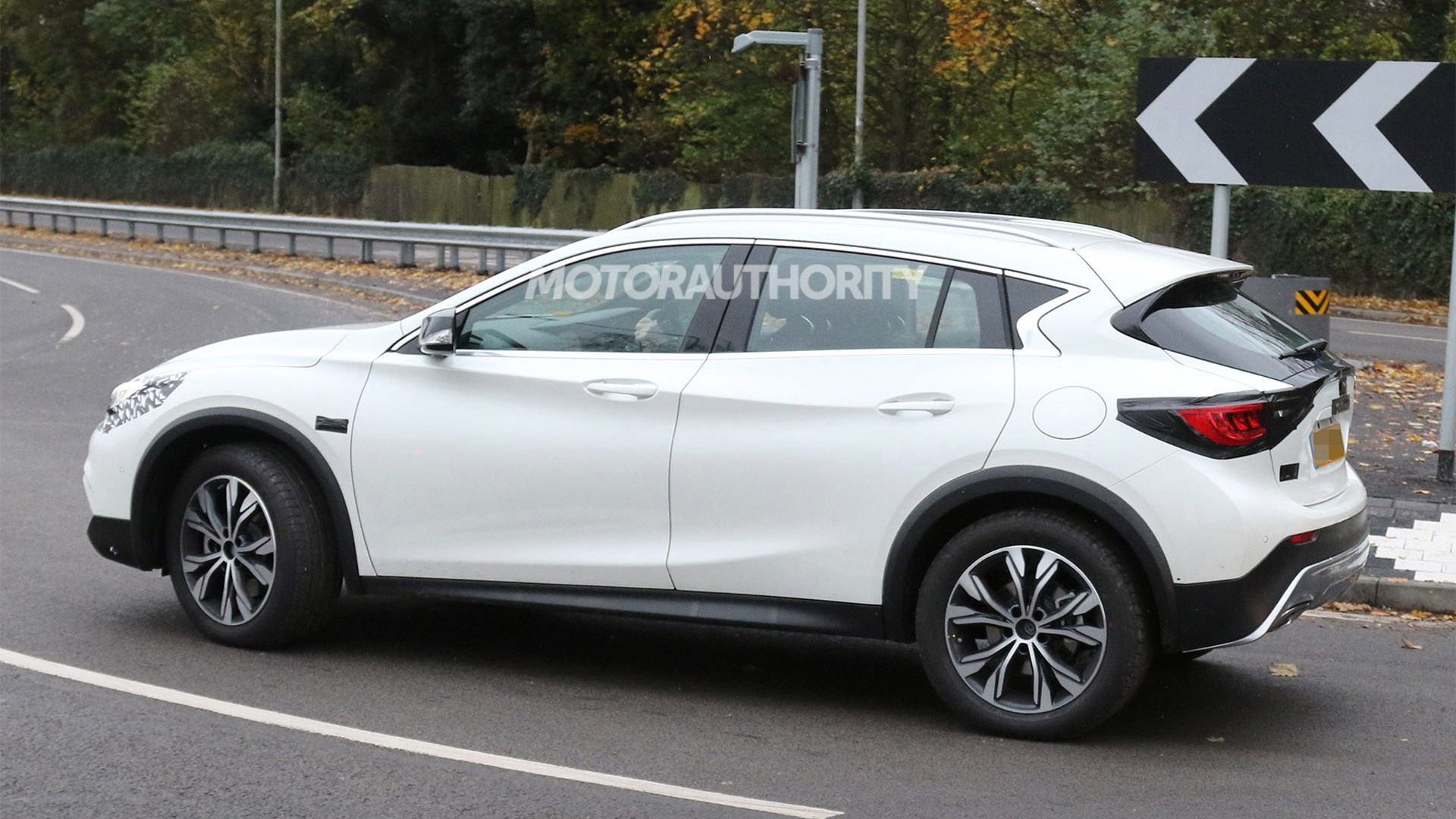 It’s been known for some time that Infiniti was planning a crossover version of its recently revealed Q30 compact hatch, with Infiniti even unveiling a concept at the 2015 Geneva Motor Show that looked virtually production ready. Now we have spy shots showing an almost completely undisguised prototype.

The new compact crossover is called the QX30, and like the Q30 hatch, whose styling it mimics, it's based on the MFA premium compact car platform developed by Mercedes-Benz, specifically the version underpinning the GLA crossover. A slight difference is the use of more high-strength steels in the Infiniti, a design element developed for the next-generation of the MFA platform currently being worked on by Mercedes and alliance partner Renault Nissan.

Where Infiniti also hopes its own pair of compacts stand out from the crowd is in the styling department, especially up against their Mercedes counterparts. The QX30 is said to combine the sleek lines of a coupe with the rugged looks and commanding seating position of a crossover, which is exactly what we got with the concept version and it looks liek the same is true for the production version.

Both the QX30 and Q30 are confirmed for sale in the United States, however, their target market is Europe where the premium compact class is dominated by German brands Audi, BMW and Mercedes. Production is taking place at a Nissan plant in Sunderland, England, with both cars due in local showrooms in the second quarter of 2016, as 2017 models.

Four-cylinder engines will be offered in the Q30 and QX30, and while some markets will receive diesel units the U.S. is likely to have gasoline units only. The standard engine is expected to be a turbocharged and direct-injected 2.0-liter four-cylinder engine, which will send its power to all four wheels via a seven-speed automatic transmission.

The world debut of the 2017 Infiniti QX30 is scheduled for next week's Los Angeles Auto Show. To see what else will be present, head to our dedicated hub.