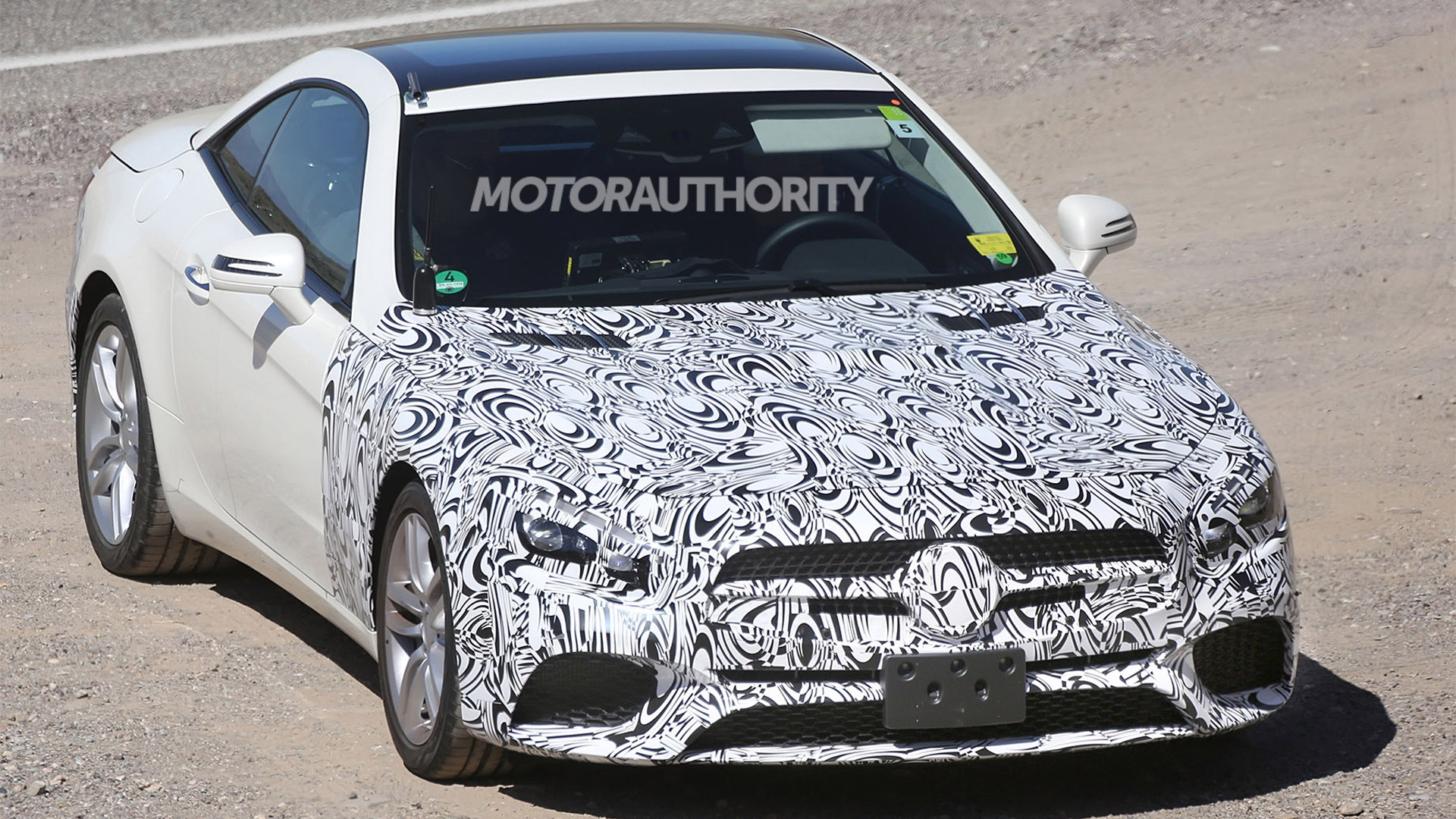 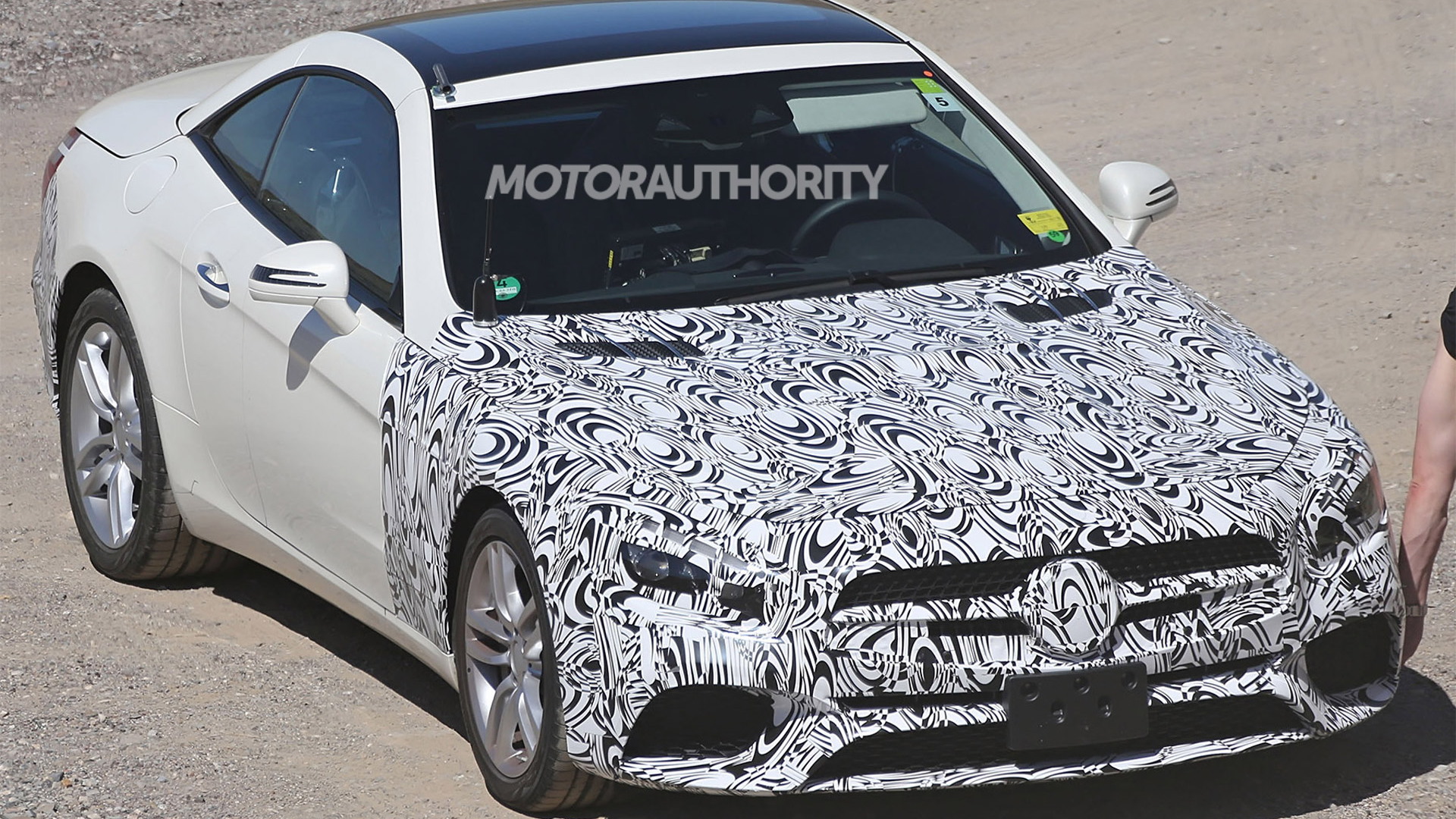 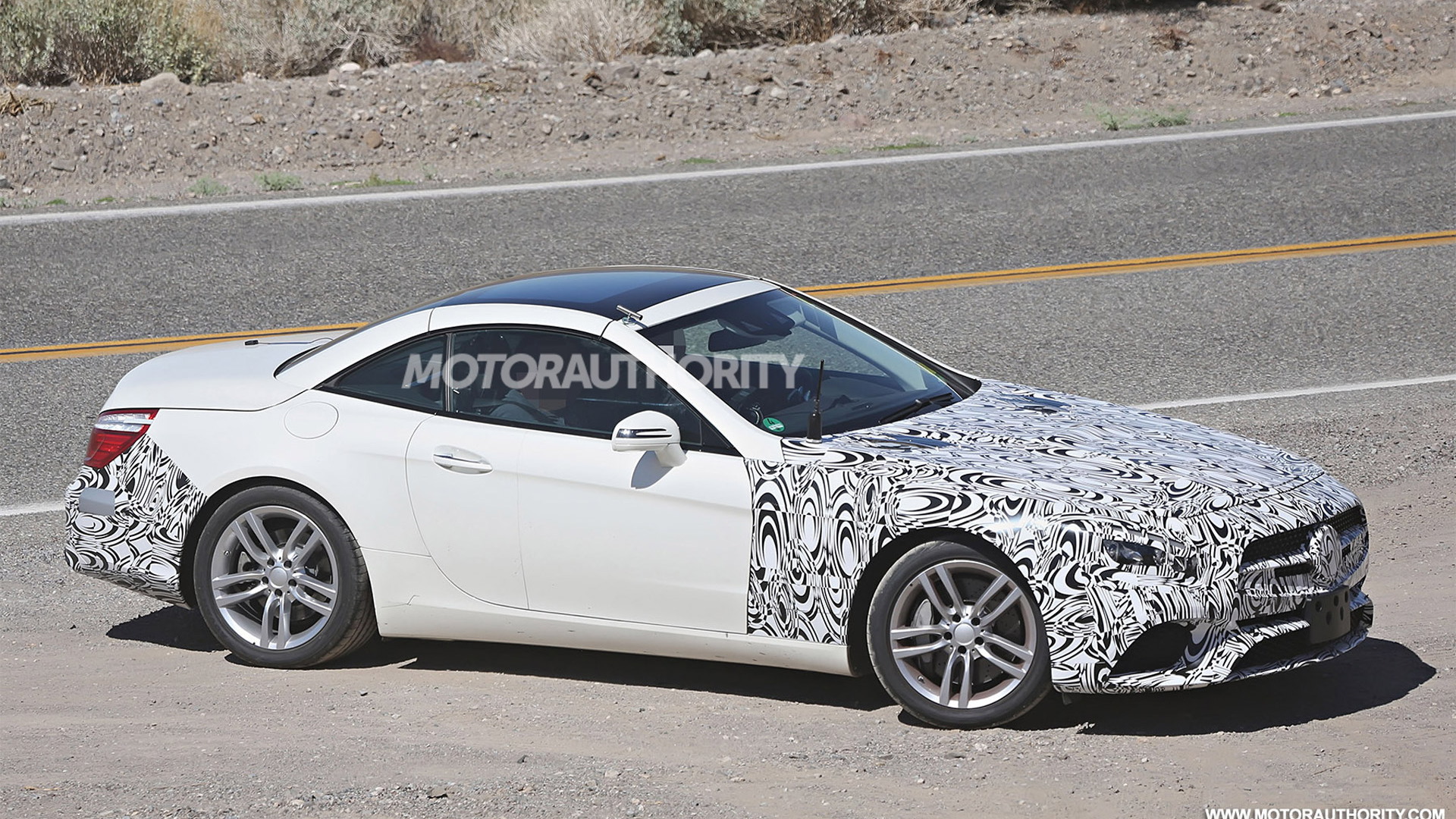 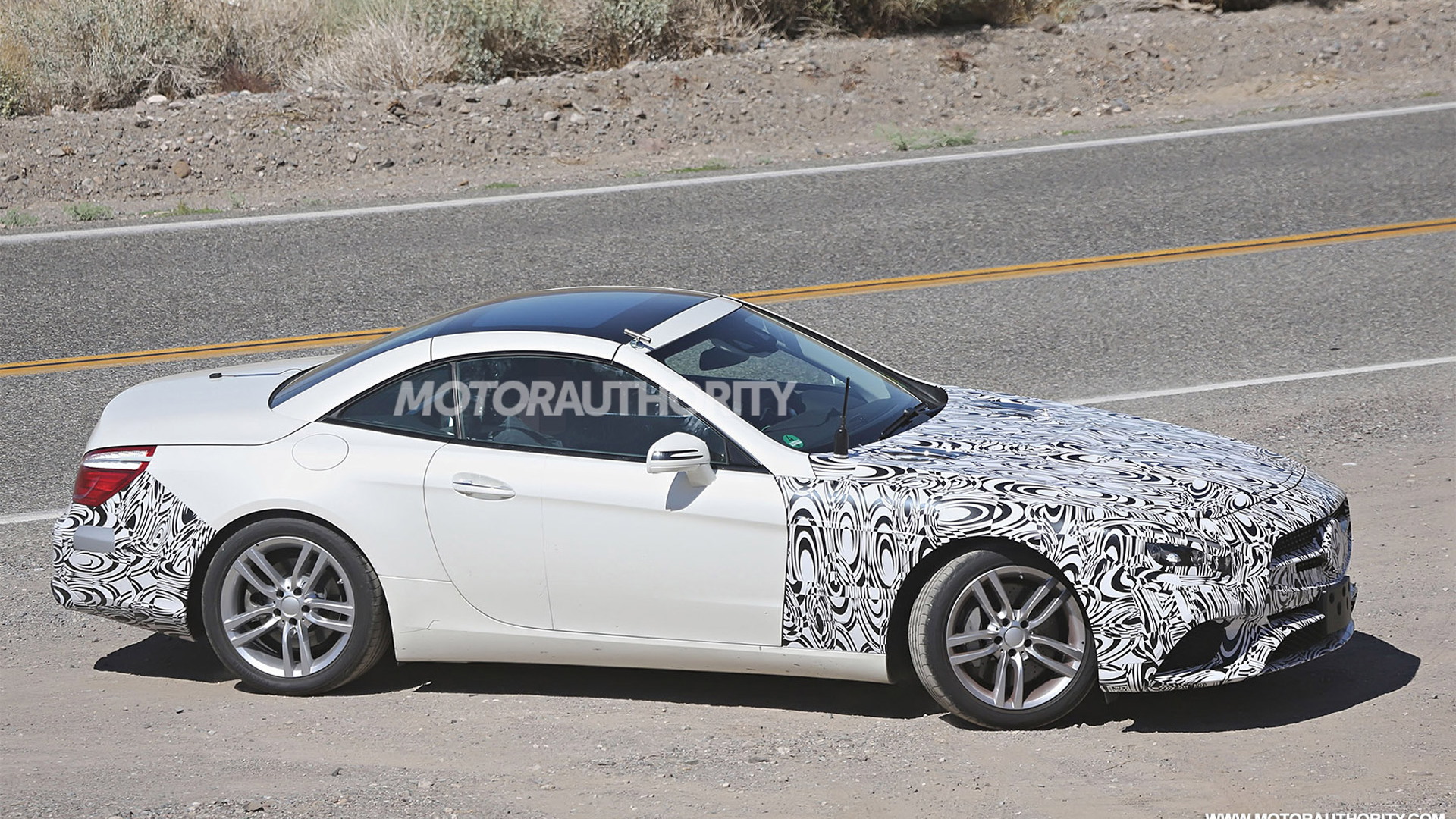 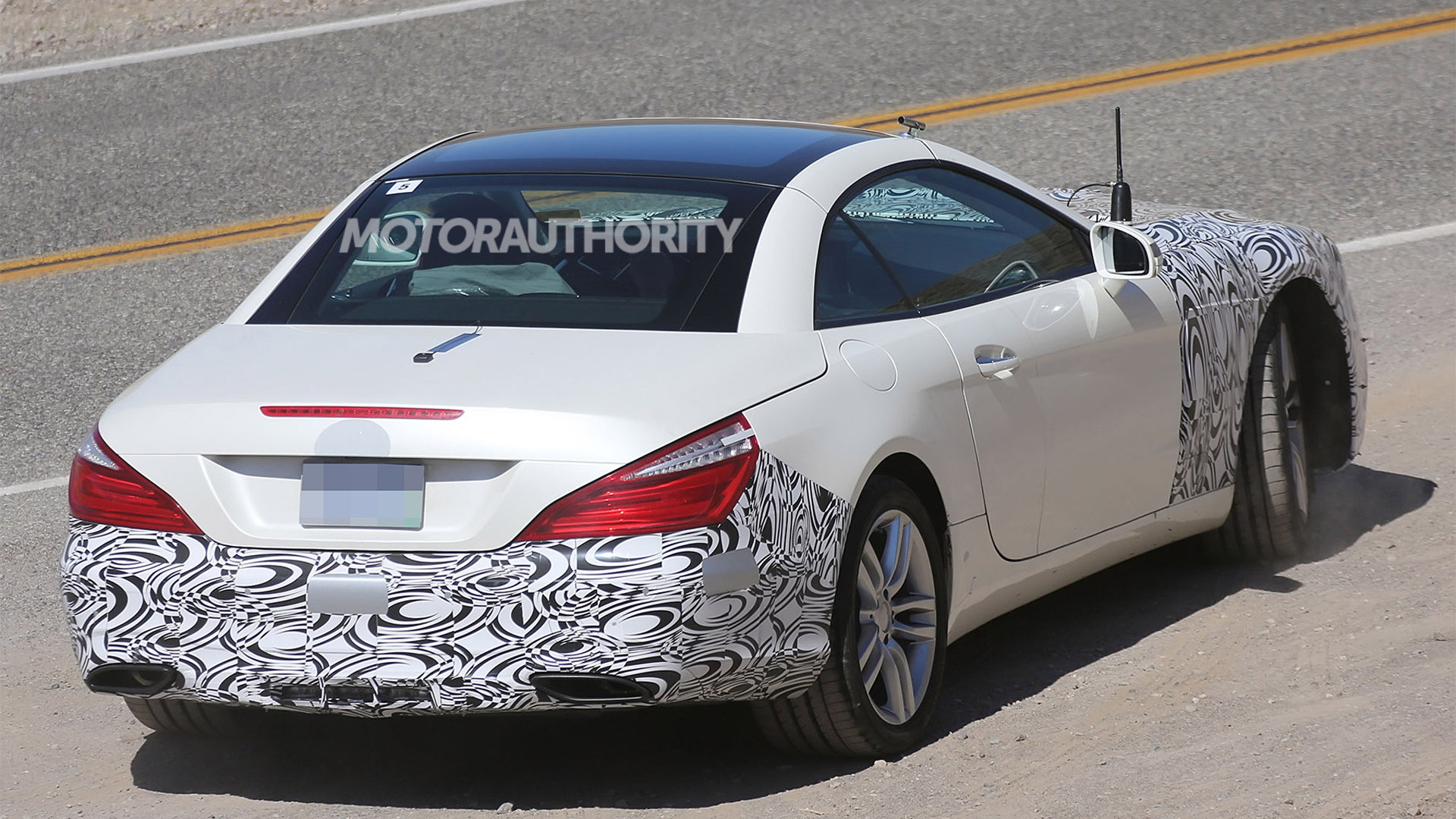 When Mercedes-Benz starting leaking info about all the technological highlights of its new, sixth-generation SL-Class back in 2011, we were thrilled, especially when we learned that the car’s aluminum-intensive structure was to net weight savings of around 220 pounds. Unfortunately, when the car finally made its debut at the 2012 Detroit Auto Show, the styling left a lot to be desired—particularly around the front section.

We now have spy shots of a prototype for a facelifted version, and thankfully it looks like the Mercedes design team is addressing some of the current model’s shortcomings. It appears that there’s a more prominent snout—Mercedes calls the design a Panamericana grille, a design used on Mercedes racers of the 1950s—and the headlights also looking to be adopting a narrower, sleeker shape. Finally, the bumpers at both ends appear to be more rounded, giving the car a similar look to the gorgeous Mercedes-AMG GT.

Look for a few tweaks in the interior along with some new tech features. Some of these could be new electronic driver aids.

As this is only a mid-cycle update, we aren’t expecting many changes in the powertrain lineup. Furthermore, the SL lineup was just augmented last year by a new entry-level V-6 model badged the SL400. The car’s twin-turbocharged 3.0-liter V-6 is good for 329 horsepower, and we expect this to remain unchanged. The SL550 should continue with its twin-turbo 4.7-liter V-8 while the Mercedes-AMG performance variants, the SL63 and SL65, should also continue with their respective twin-turbo V-8 and V-12 mills.

Look for a debut of the updated SL in early 2016. The car should be in showrooms by the summer of that year, as a 2017 model.