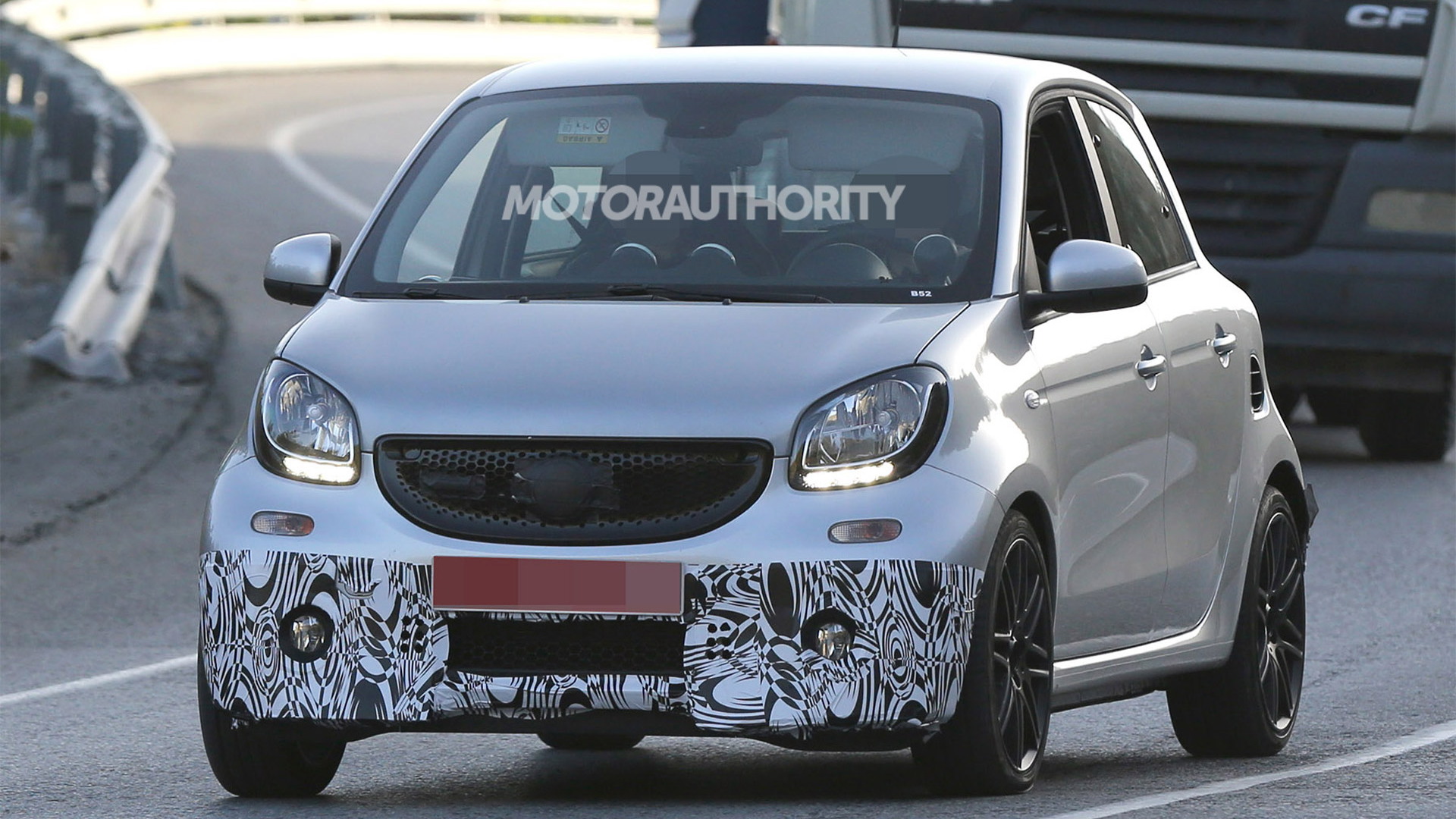 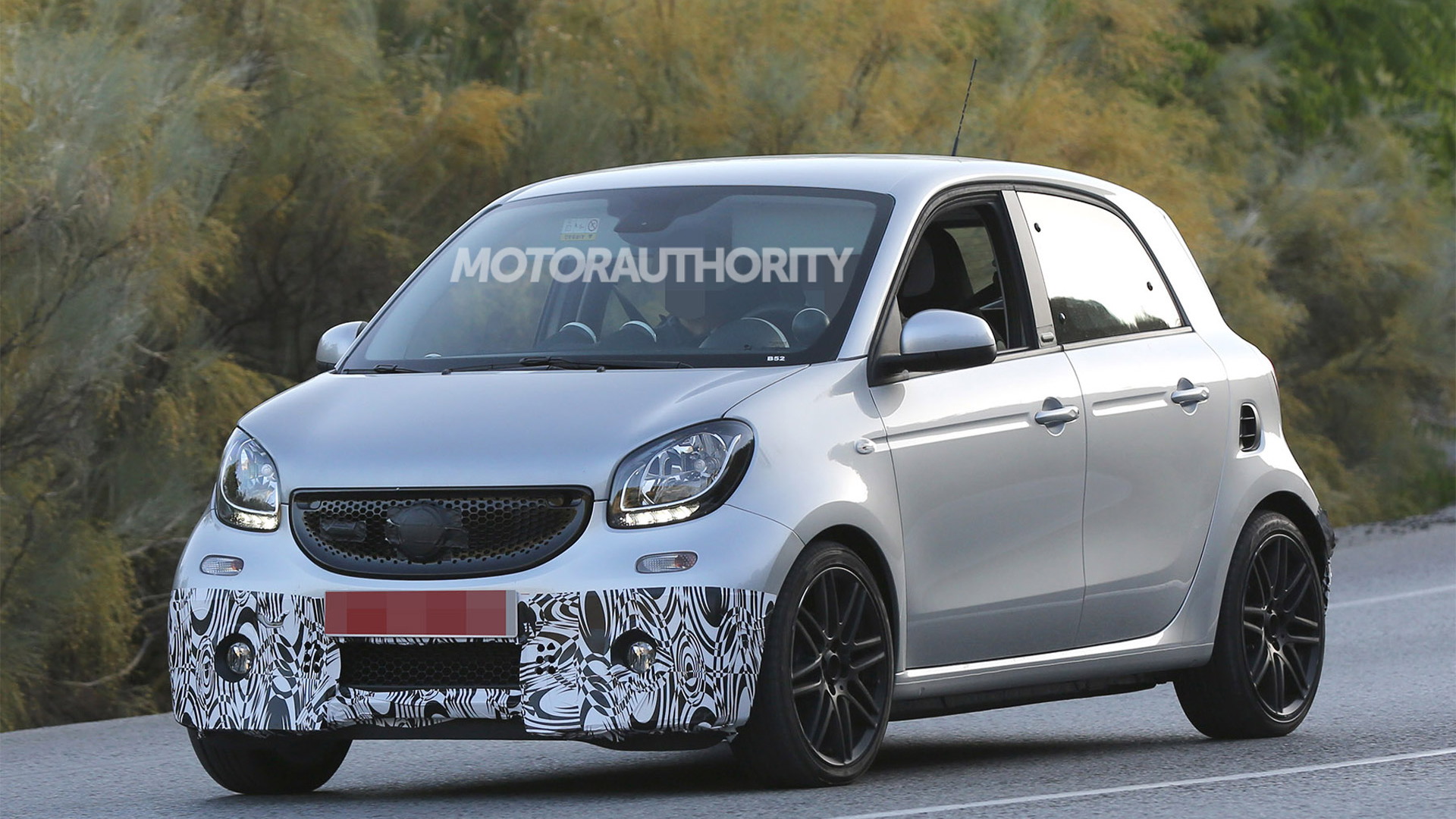 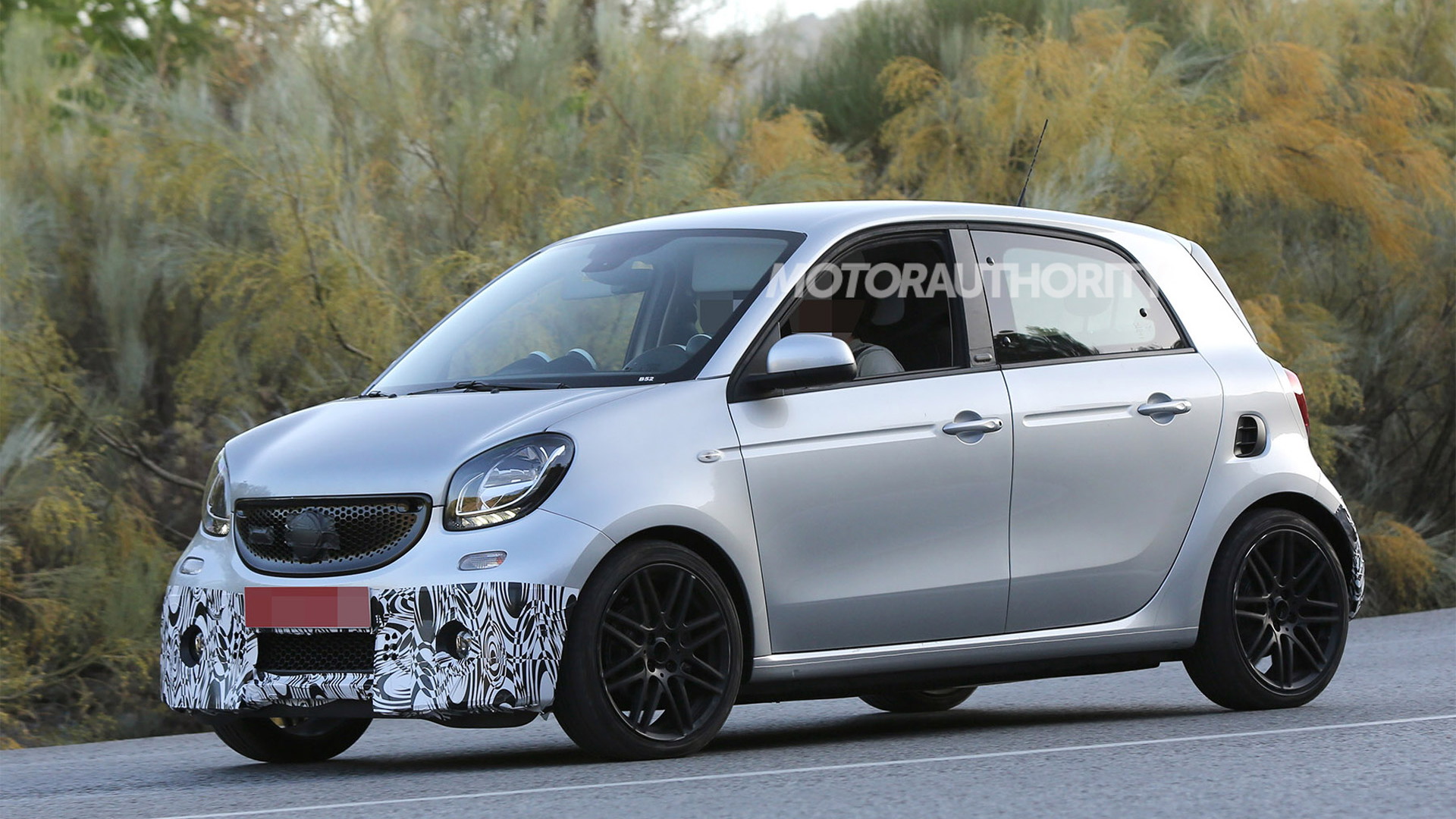 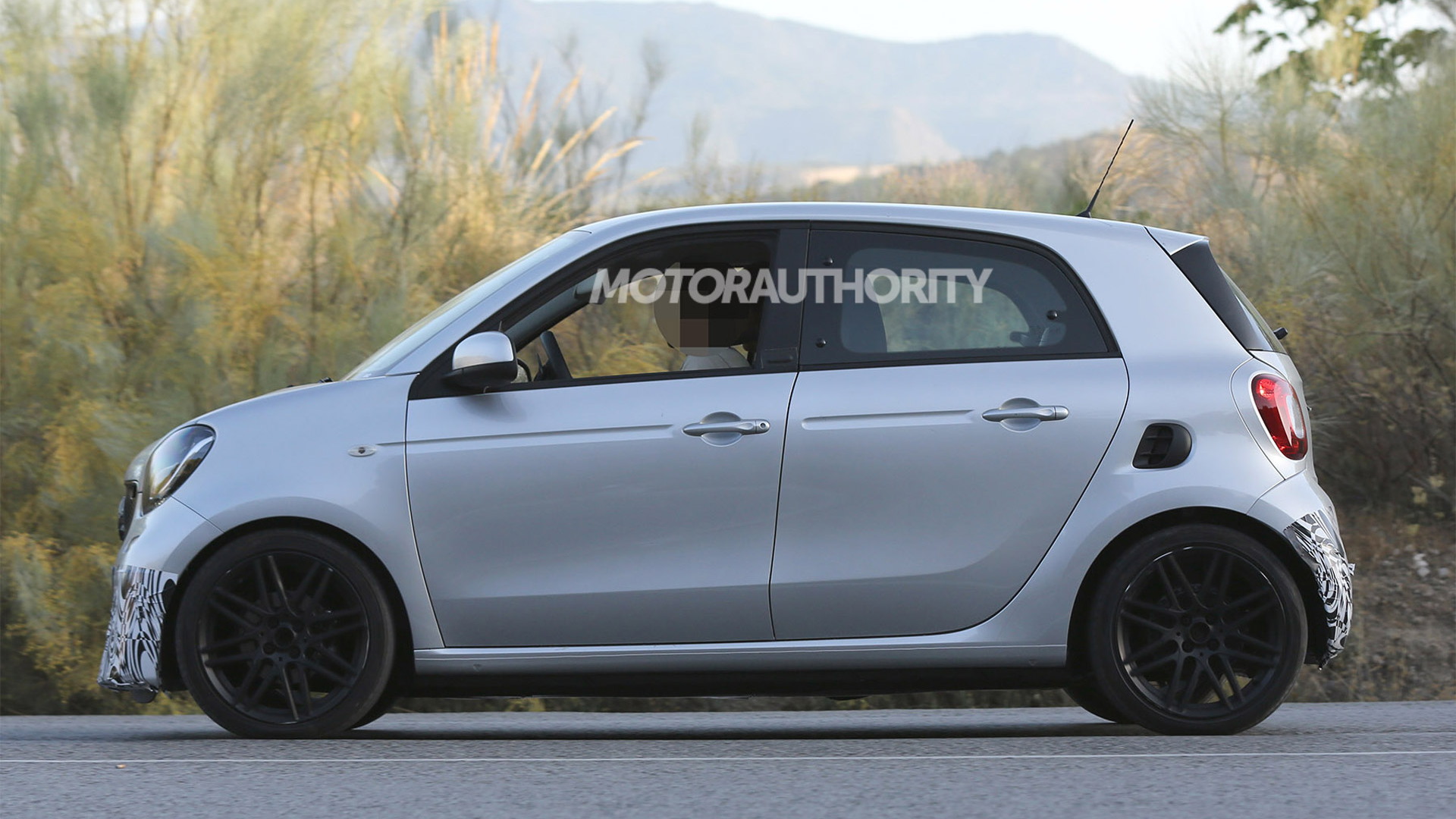 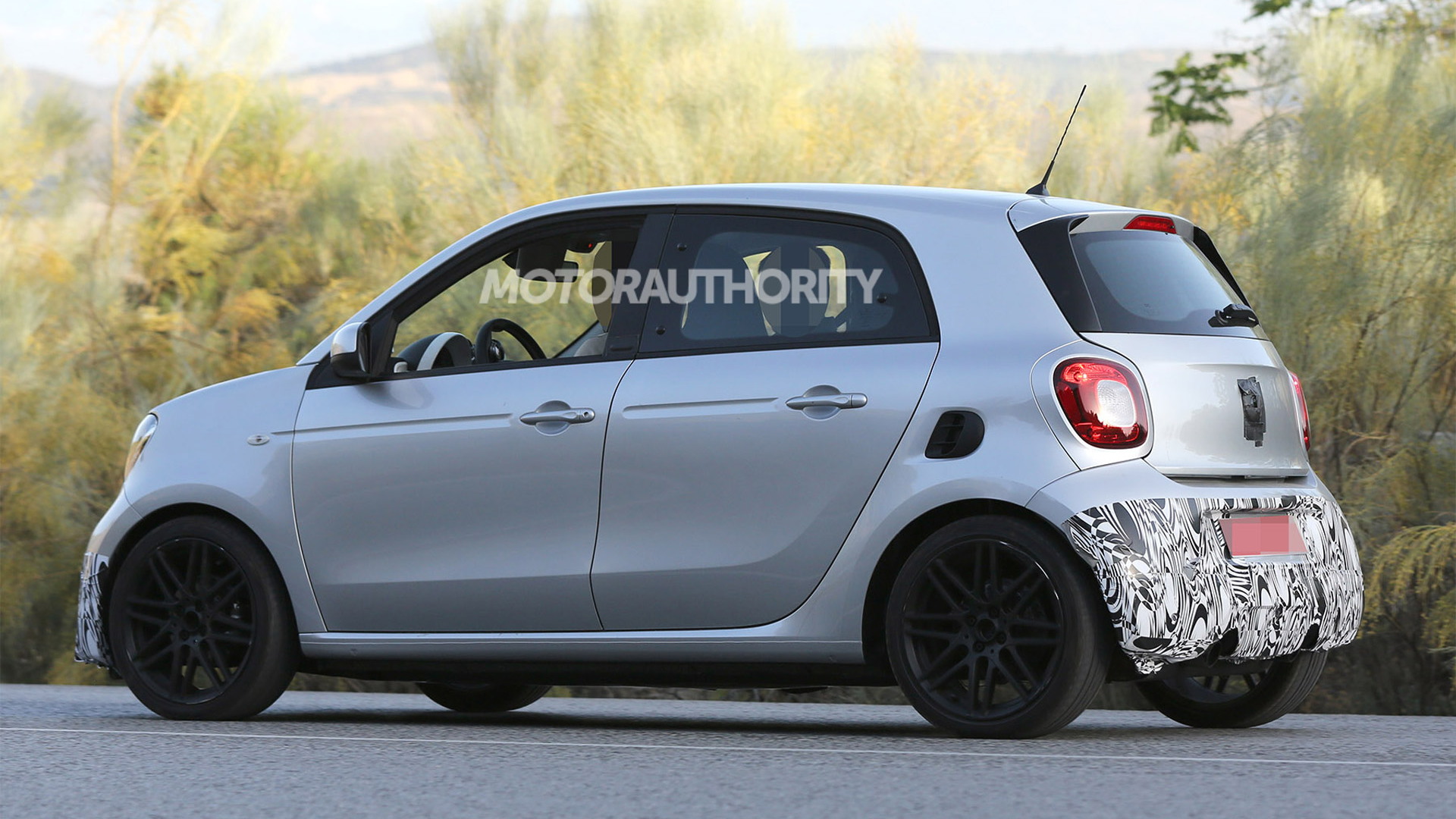 Smart’s third-generation ForTwo minicar has just made its U.S. debut, and overseas there’s a new generation of the four-door, four-seat ForFour as well. Soon there will be sporty versions of both cars developed by semi-official Smart tuning firm Brabus, with the Brabus-tweaked ForFour featured in our latest spy shots.

Only slightly extra power is expected in these Brabus-tweaked Smarts—an increase from the stock 89-horsepower rating to around 110 hp is possible—and we can see that the cars will have a more aggressive look thanks to new bumpers and twin-exhaust tips at the rear. Expect uprated suspension to also be a part of the package, as evidenced by the lower ride height of this prototype.

Further down the track a new ForTwo Electric Drive should be launched, and this too will receive the Brabus treatment, as was the case with the previous battery-powered Smart. We may also see a ForFour Electric Drive this time around.

Unfortunately, Smart isn’t selling the ForFour in the U.S., and that means this ForFour Brabus isn’t coming either, but the good news is that we may still see the ForTwo Brabus on these shores.

A debut of both Brabus-tweaked Smarts should take place later this year, possibly at the 2015 Frankfurt Auto Show in September. Another Smart tipped to debut at the German show is the new ForTwo Cabrio, spy shots of which you can view here.