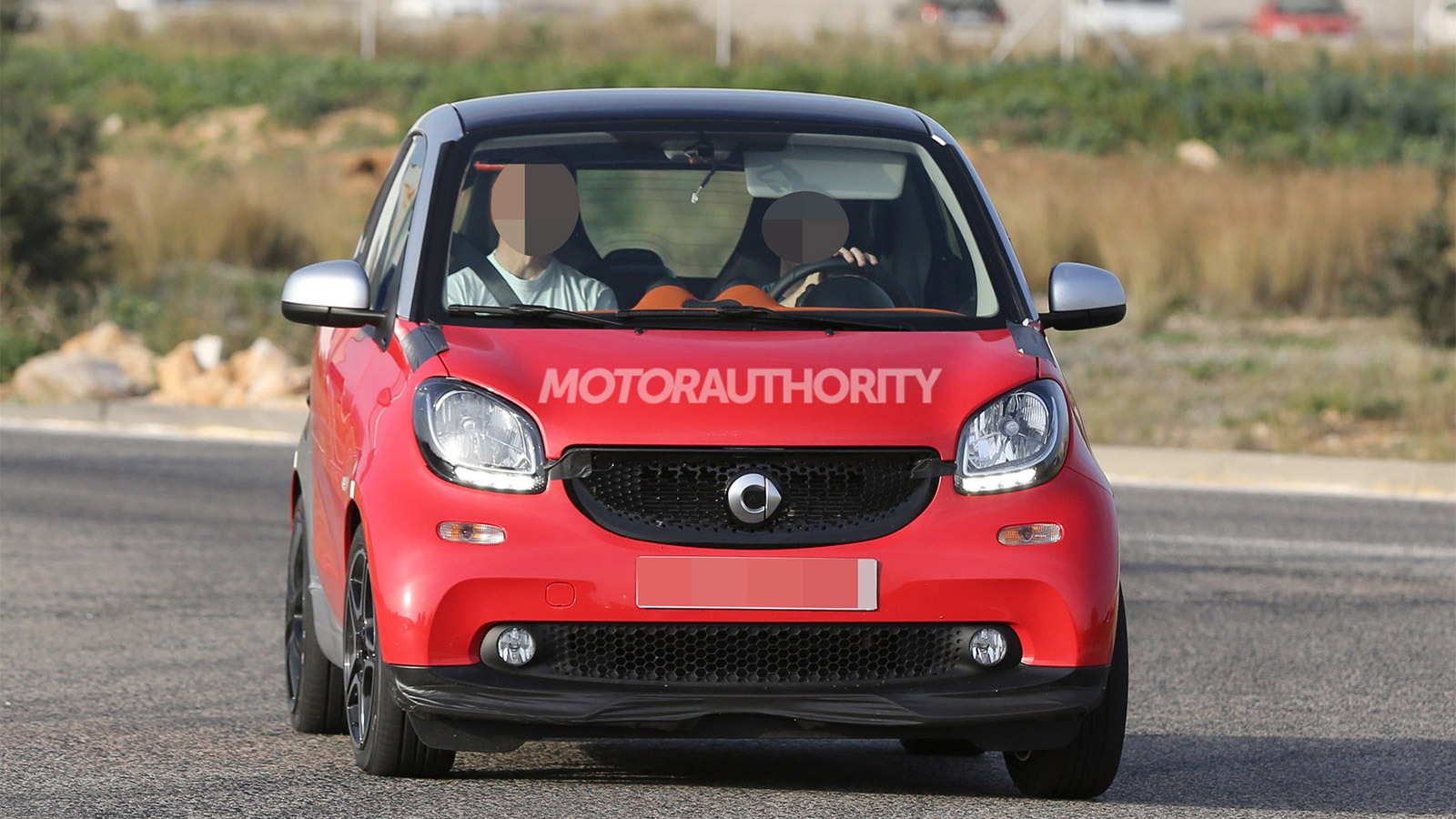 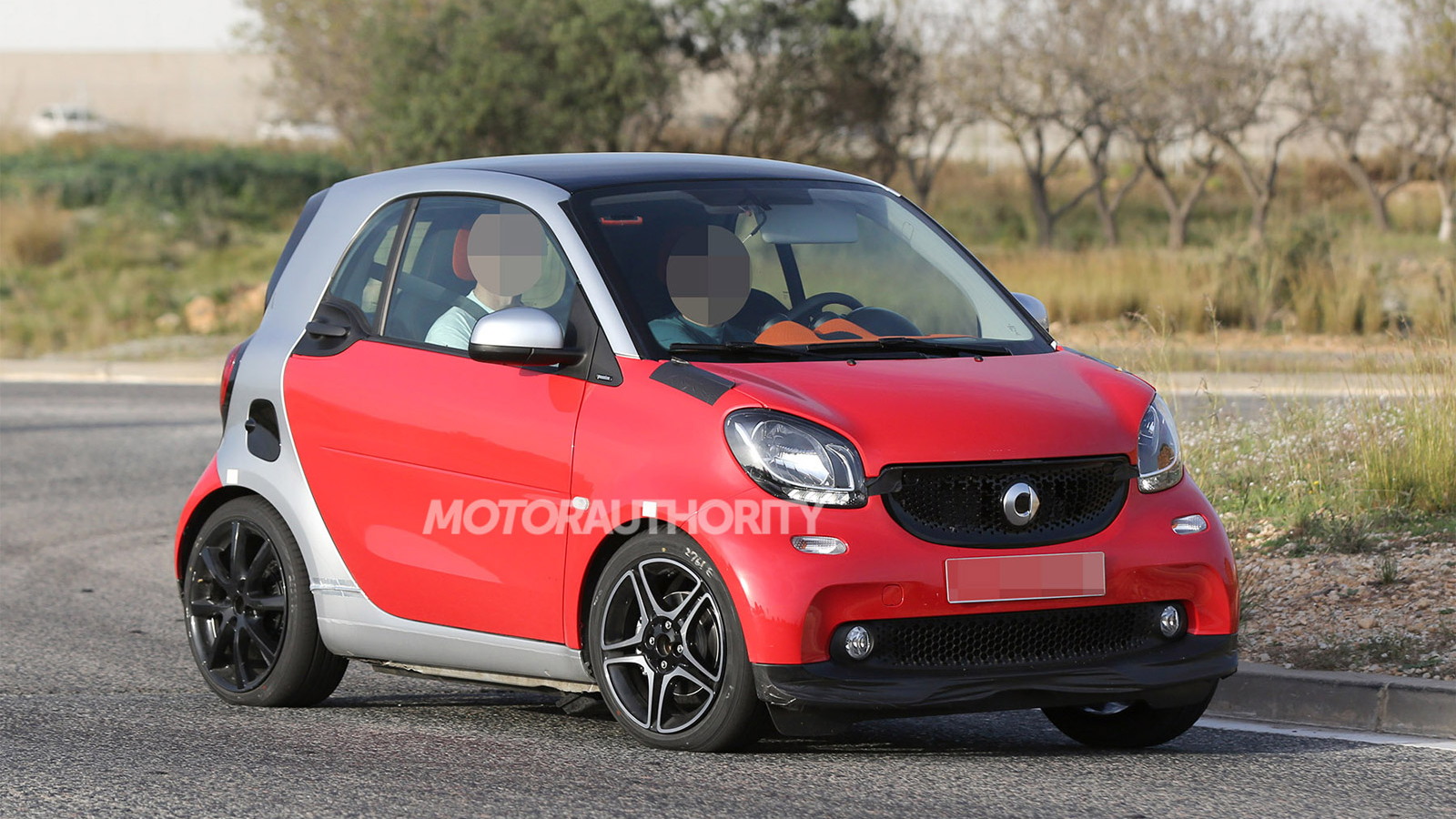 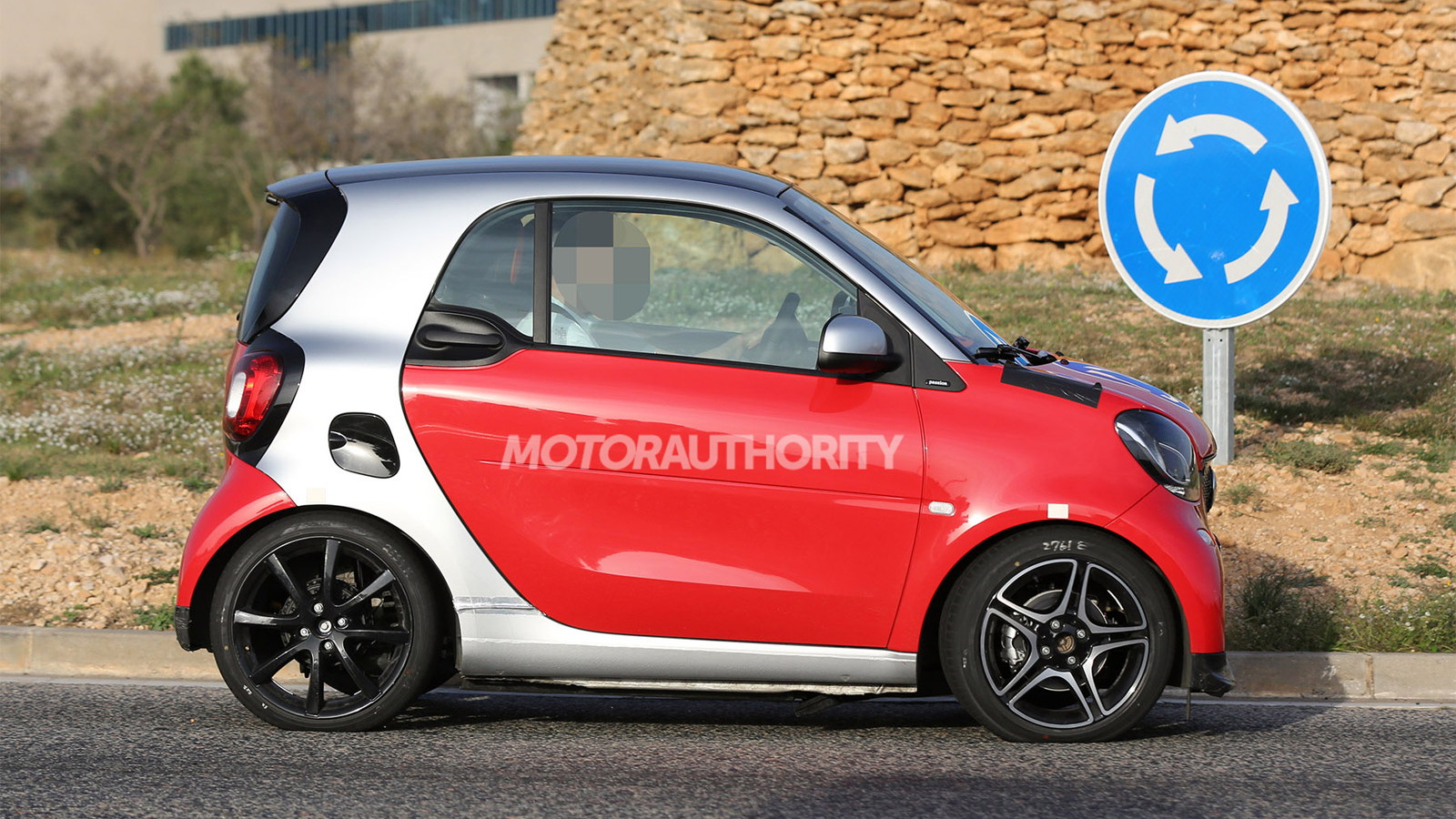 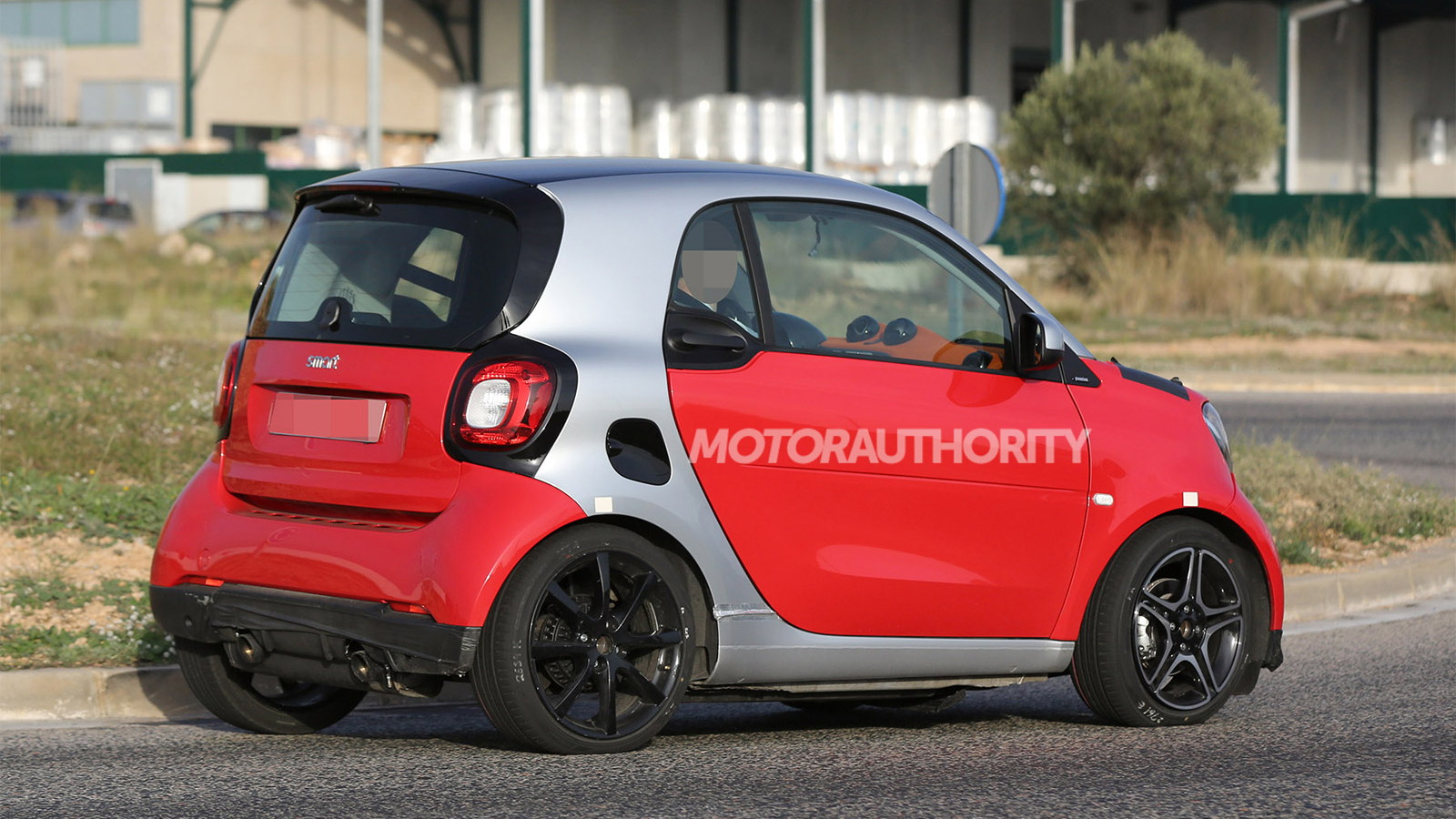 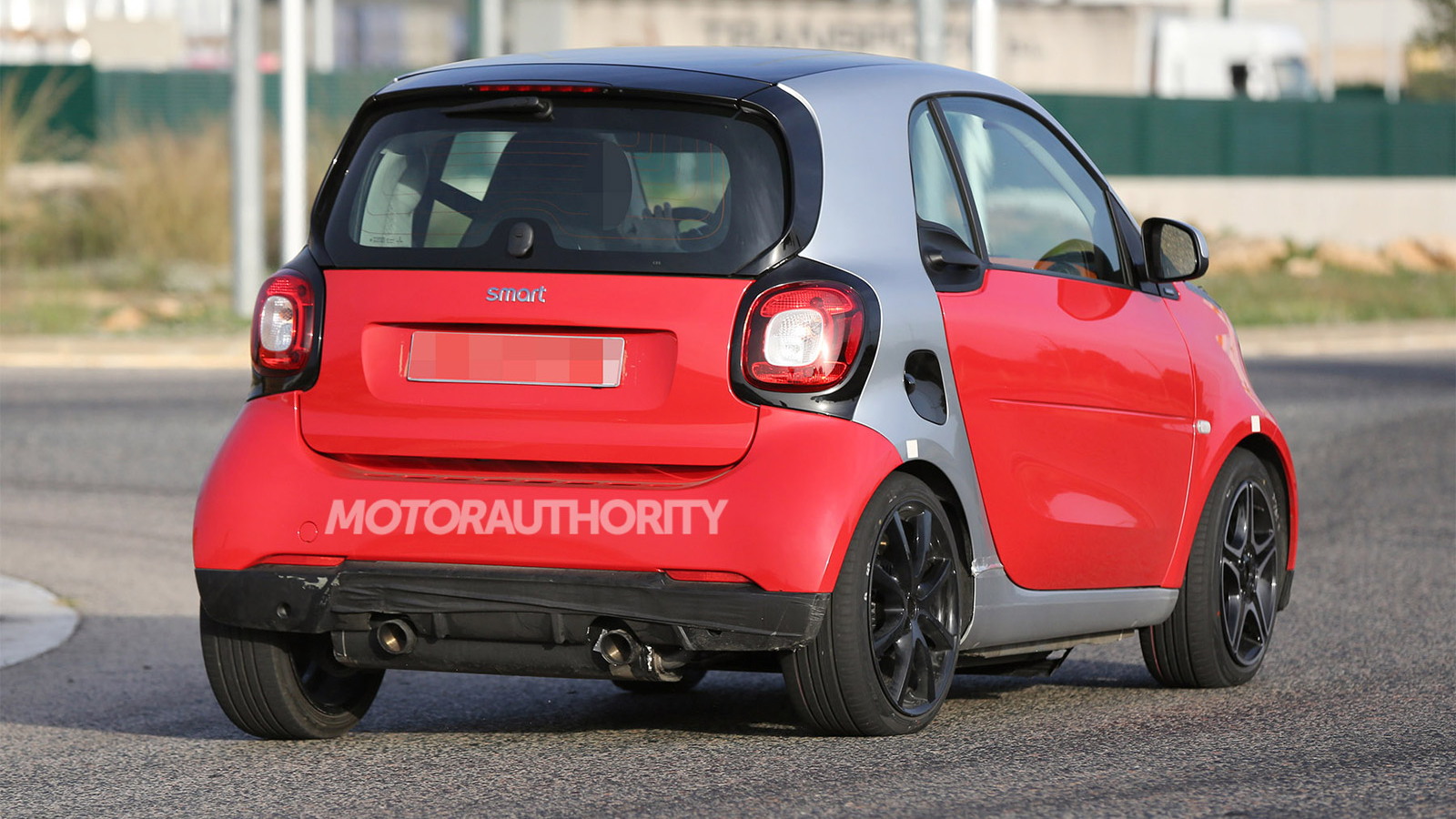 14
photos
Smart recently took the covers off its third-generation ForTwo minicar, which is set to arrive in local showrooms next year as a 2016 model. Now we have the first spy shots of a prototype wearing some performance upgrades being developed by famous Mercedes-Benz tuner Brabus.

The bumpers on this prototype are unique and much sportier than the set fitted to the regular 2016 ForTwo. If you look closely you’ll notice a new front splitter as well as some taped-over sections on the rear bumper. A sporty dual-exhaust tip design can also be found at the rear.

Similar modifications featured on the previous-generation ForTwo Brabus. Using the previous car as a guide, other mods we can expect are larger wheels, uprated suspension and unique color options.

No modifications are expected for the powertrain, which means the ForTwo Brabus sold in the U.S. should stick with the standard car’s turbocharged 0.9-liter three-cylinder engine rated at 90 horsepower and 100 pound-feet of torque. Further down the track an electric version of the new ForTwo should be launched, and this too will receive the Brabus treatment, as should the larger ForFour.

Look for a debut of the new Smart ForTwo Brabus next year.

Note, the ForTwo’s Renault Twingo sibling is also about to spawn a new performance variant. Prototypes for this car can be seen here.