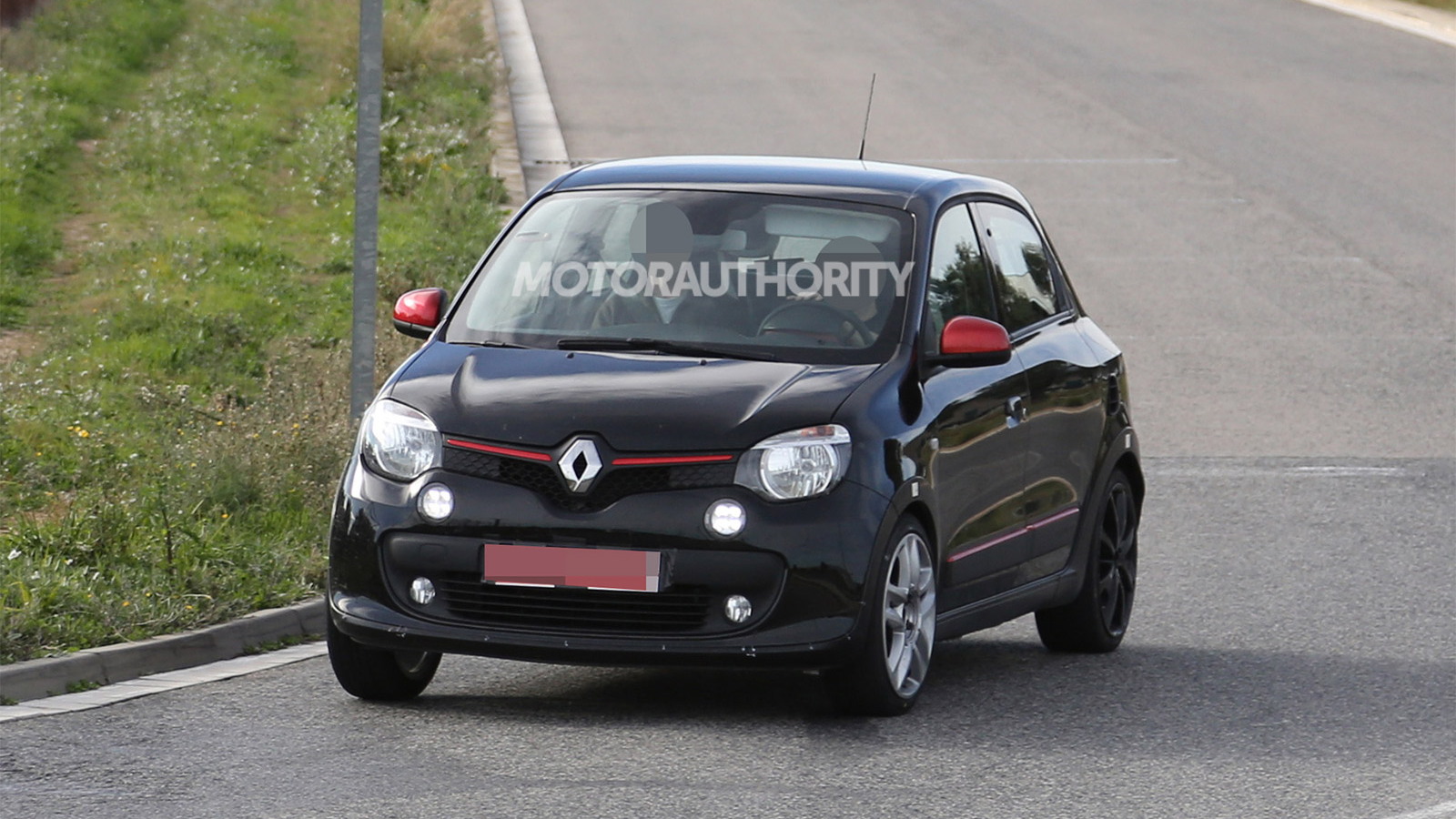 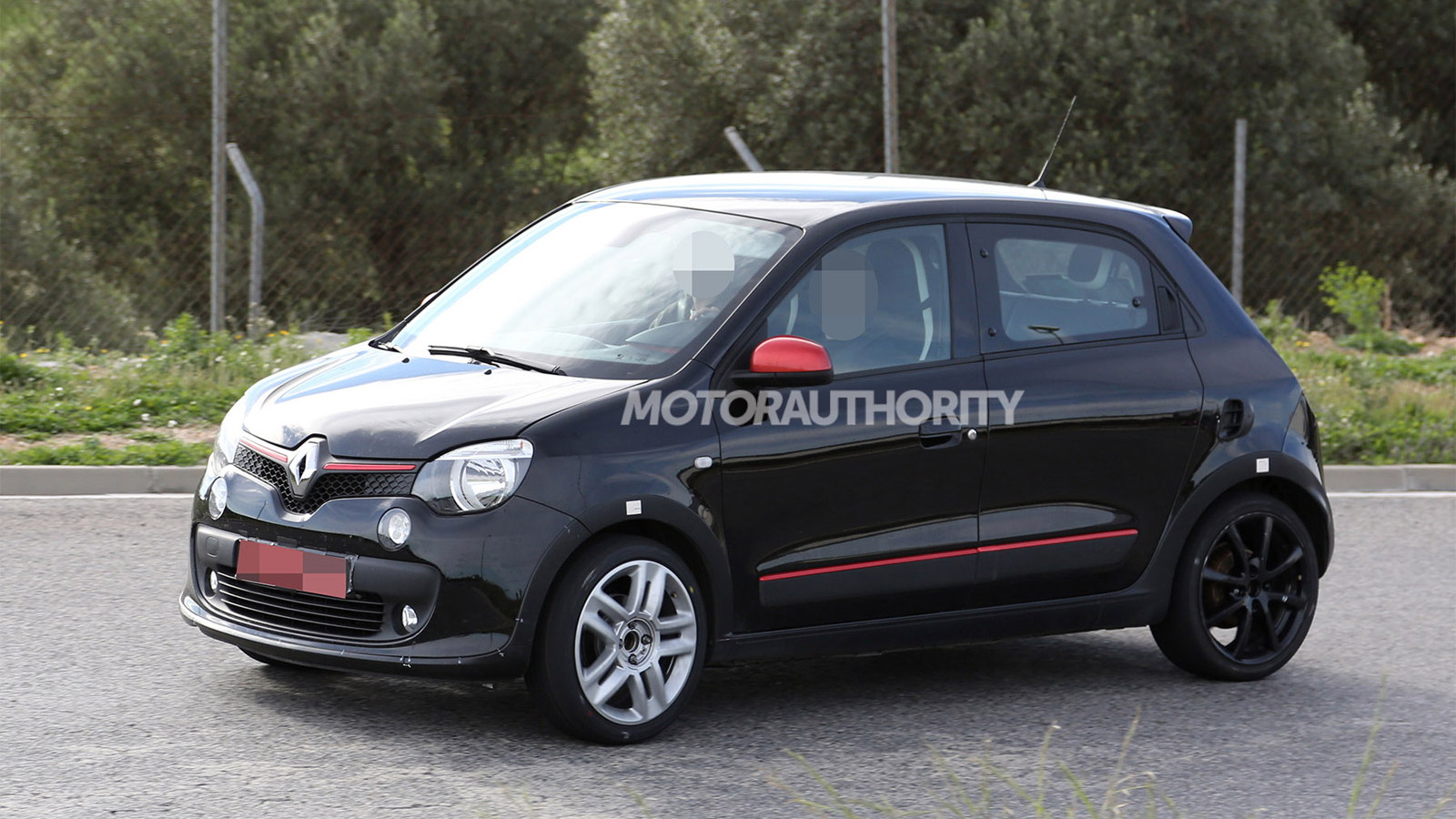 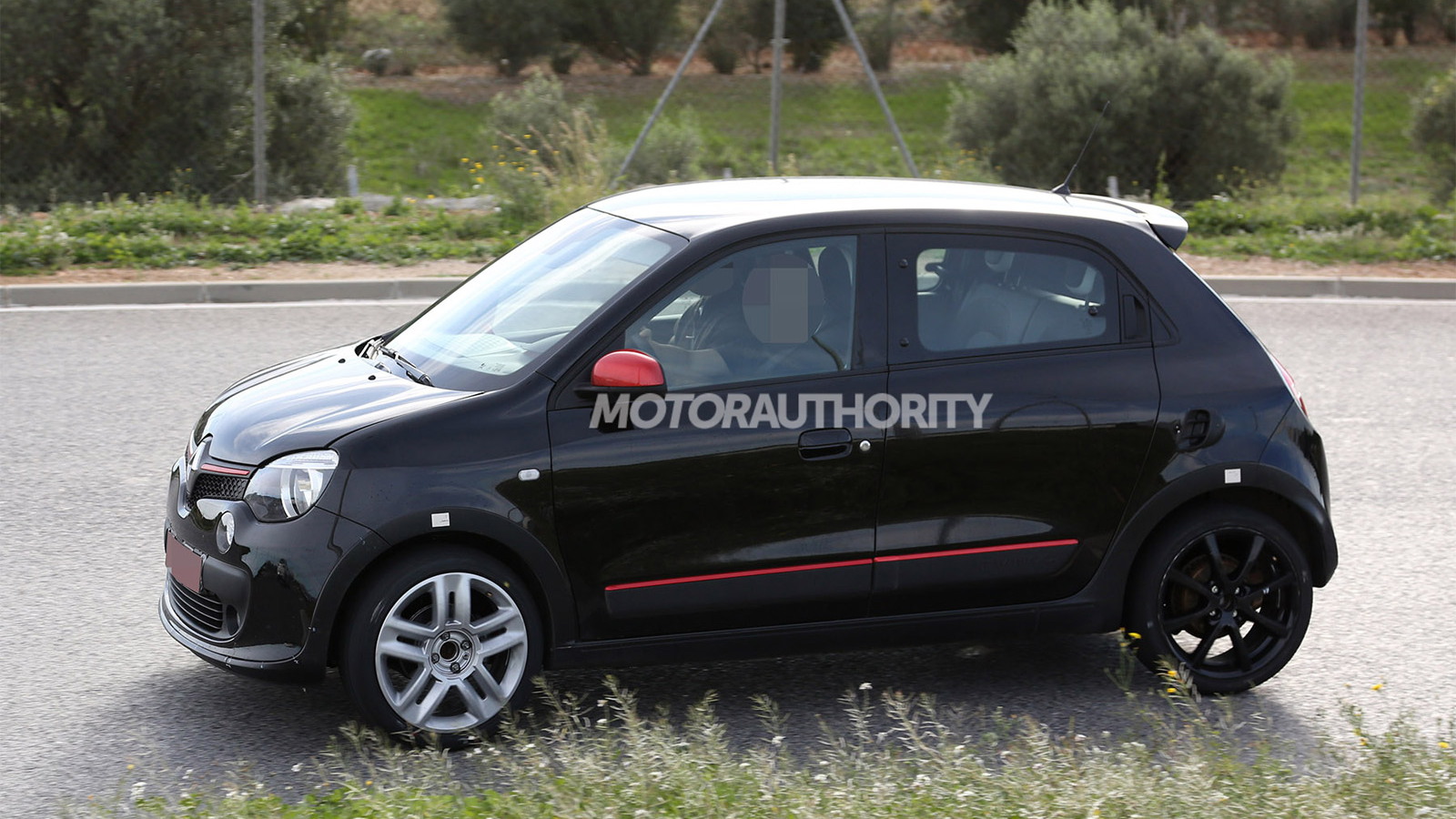 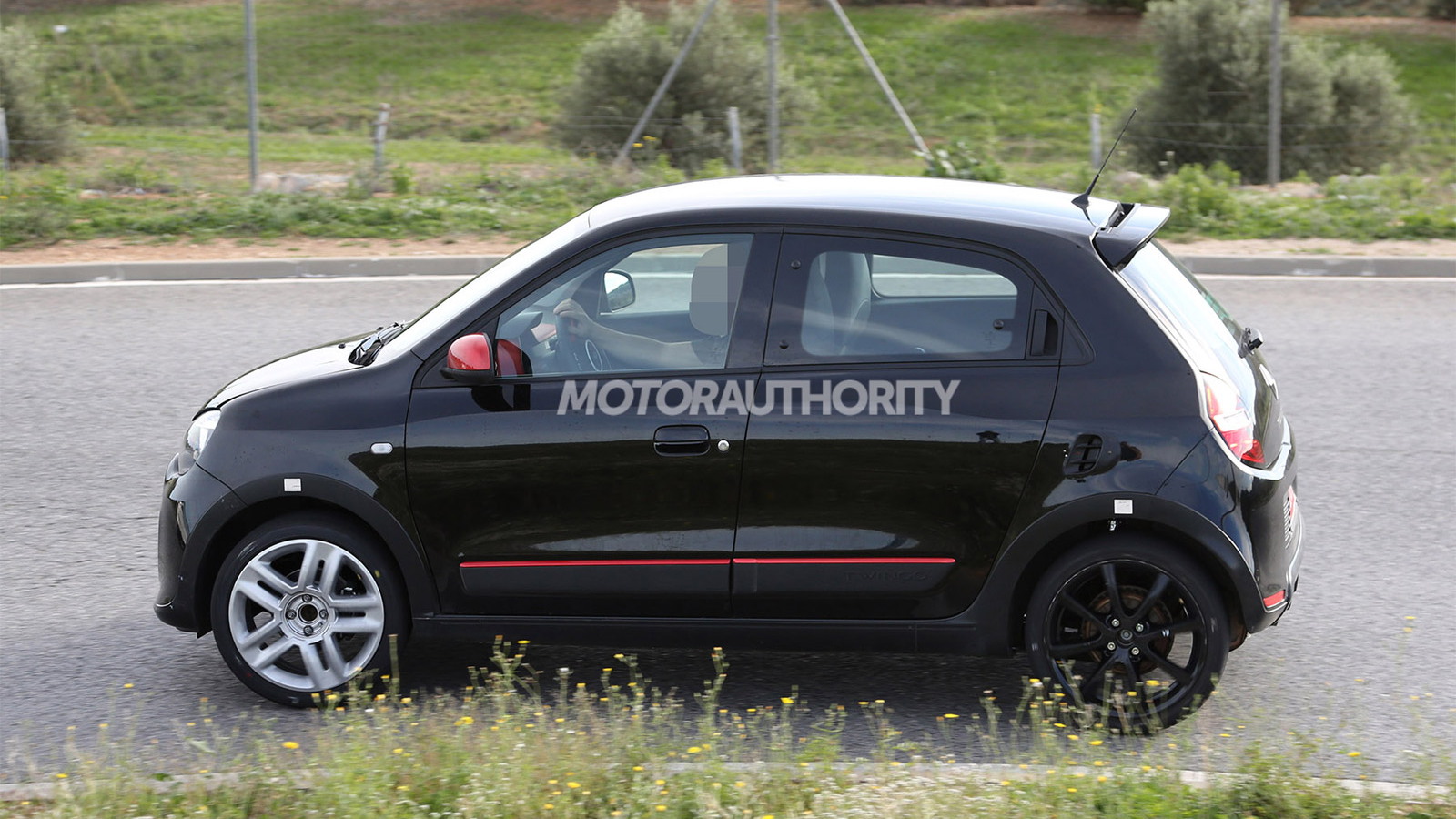 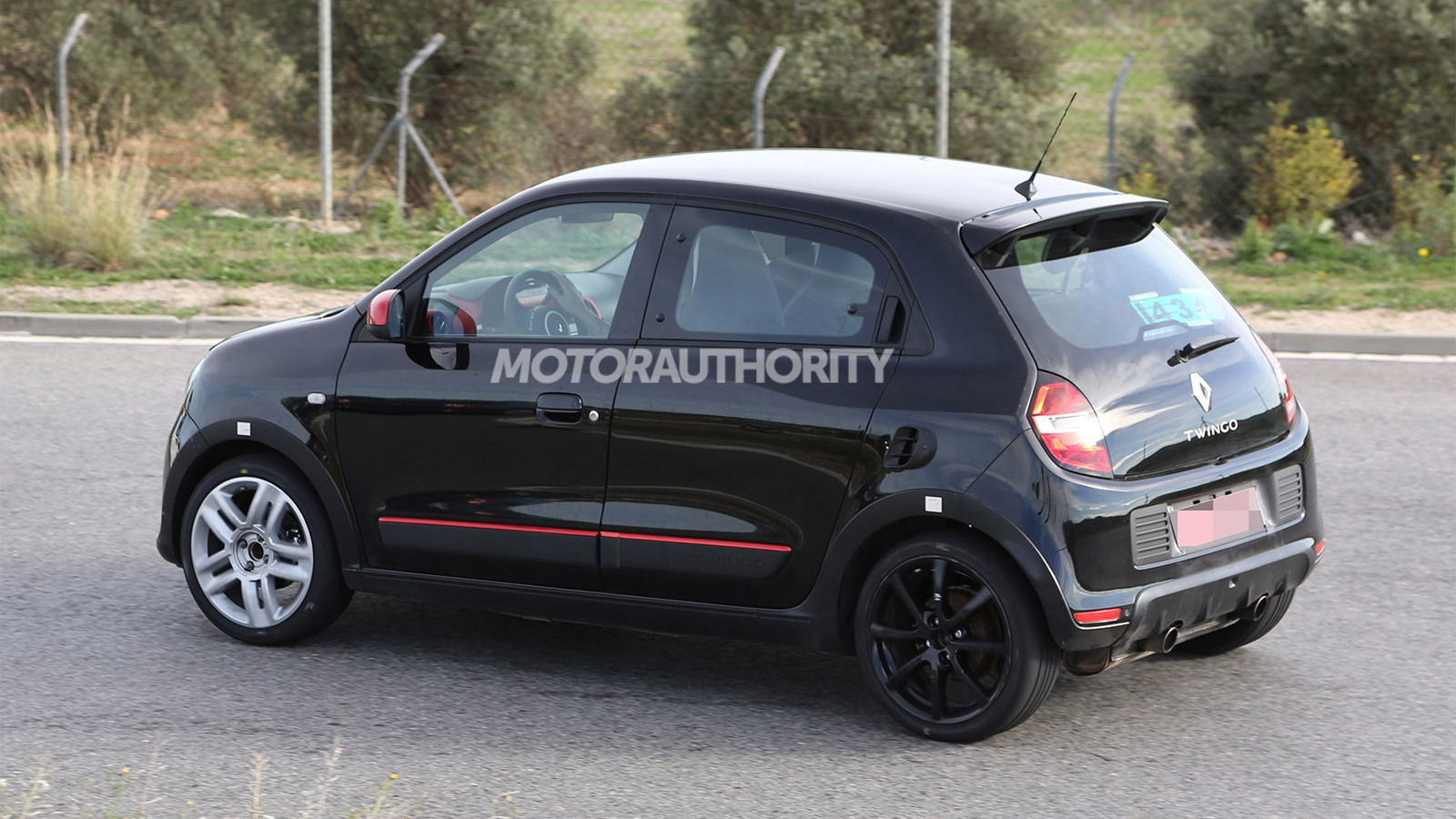 24
photos
Renault’s tiny Twingo hatch has just been redesigned, and just like previous generations of the car it looks like the latest one is set to spawn some racier versions developed by the French automaker’s Renaultsport performance division. The prototype you see here may look like an ordinary Twingo but if you look a little closer you’ll notice it has some new openings in its front bumper and a pair of exhaust tips at the rear.

Previously thought to be for a new generation of the Twingo RS, it’s now thought to be for a mid-range Twingo GT. One of the difficulties for engineers is extracting more power from the Twingo’s tiny rear-mounted engines without causing too much heat. That’s why we’re unlikely to see a high-performance RS variant until later in the car’s life.

As for this GT, it’s likely to have a power rating of around 120 horsepower, delivered by the Twingo’s turbocharged 0.9-liter three-cylinder engine. In the stock car this engine delivers just 90 hp.

The chassis of the new Twingo can certainly handle some extra juice. That’s because the engine is mounted at the rear and spins the rear wheels. The chassis is shared with the new Smart ForFour which is set to receive its own high-performance variant tuned by Brabus.

This is still an early prototype so look forward to seeing additional modifications on subsequent prototypes. Renault’s Twin’Run concept car from 2013 hints at what’s to come.

Look for a debut of the new Renault Twingo GT at a major European auto show in 2015. Sadly, with the French automaker’s products not available on these shores, the new hot hatch will have to remain forbidden fruit.