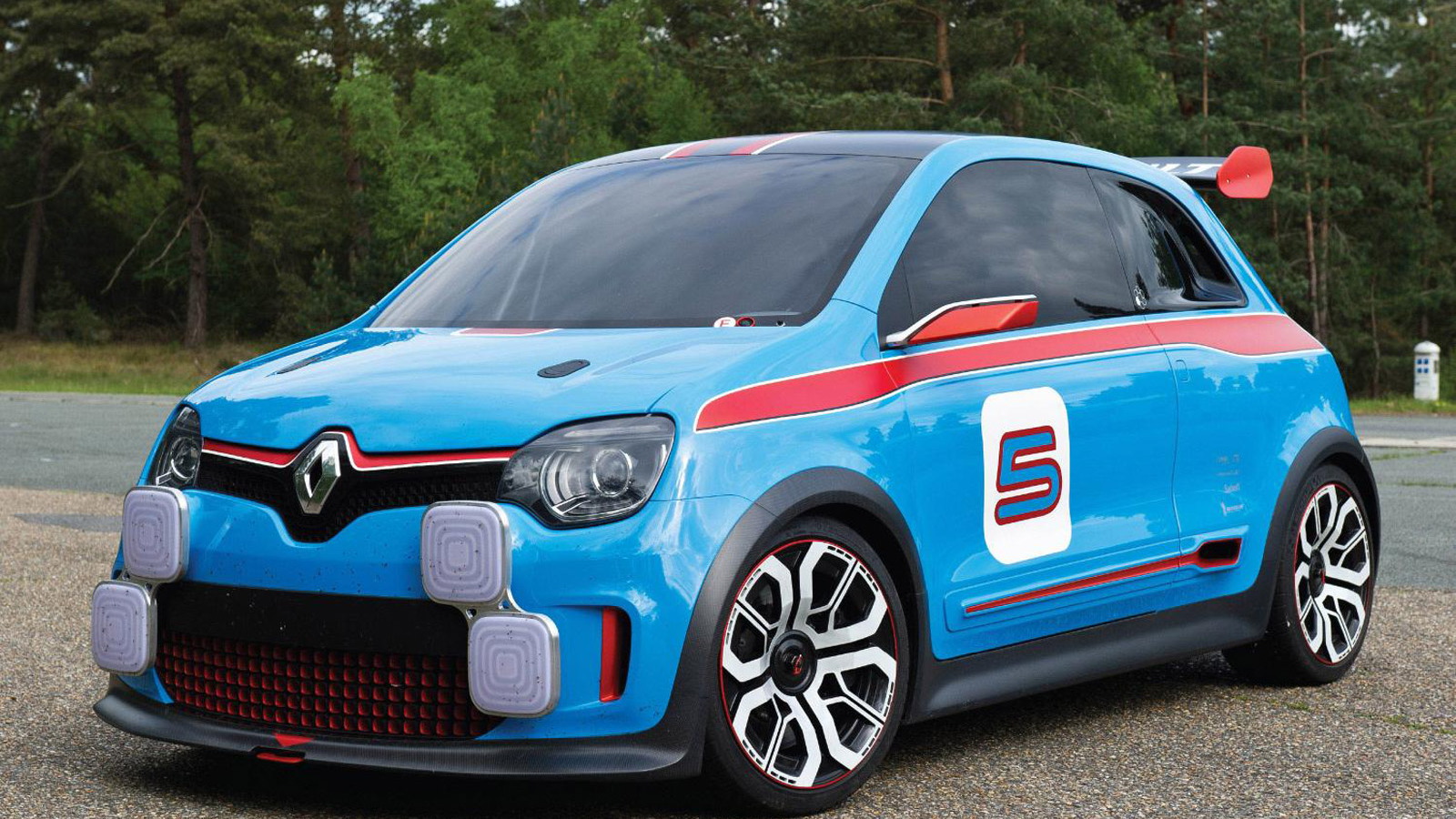 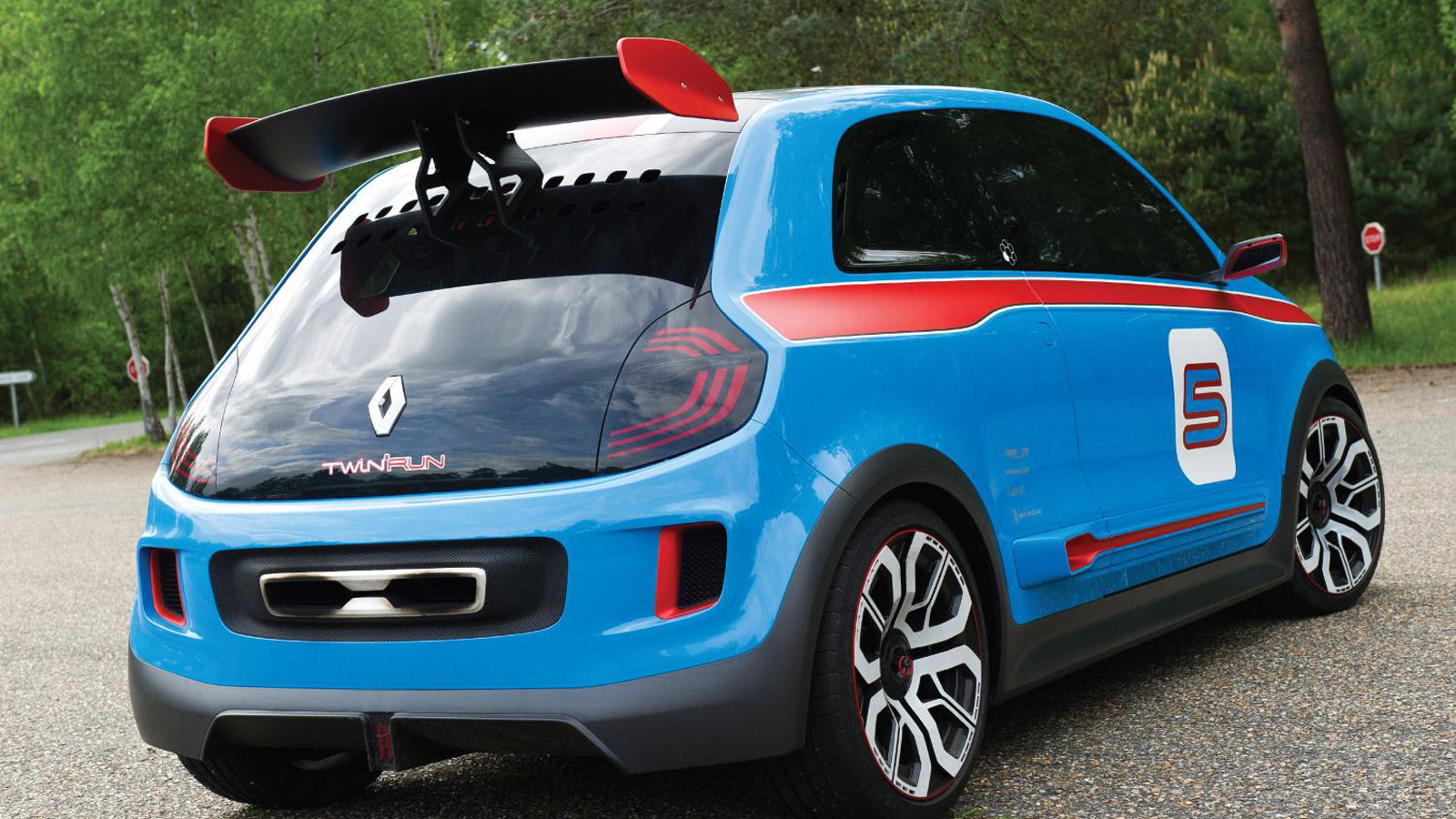 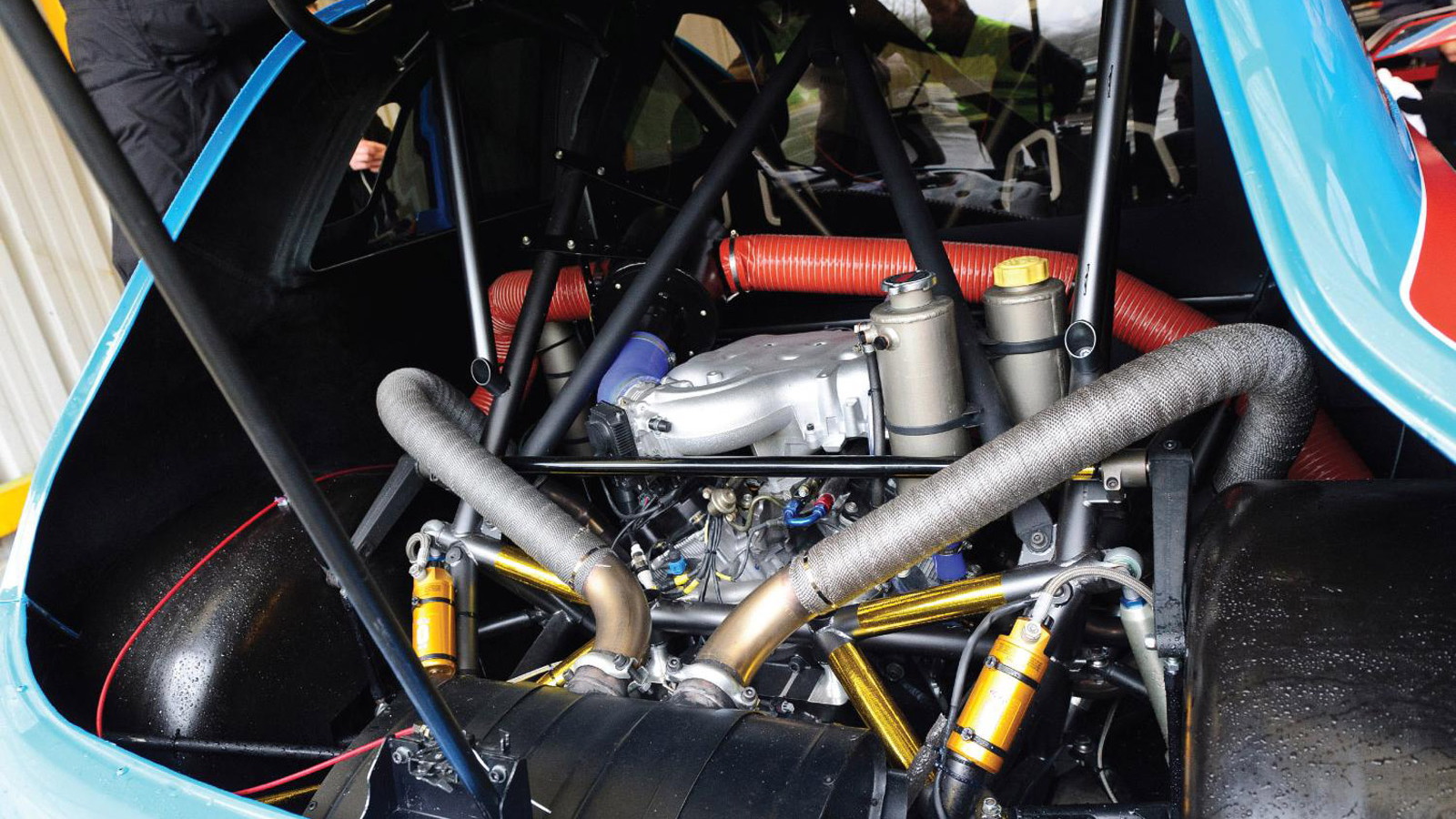 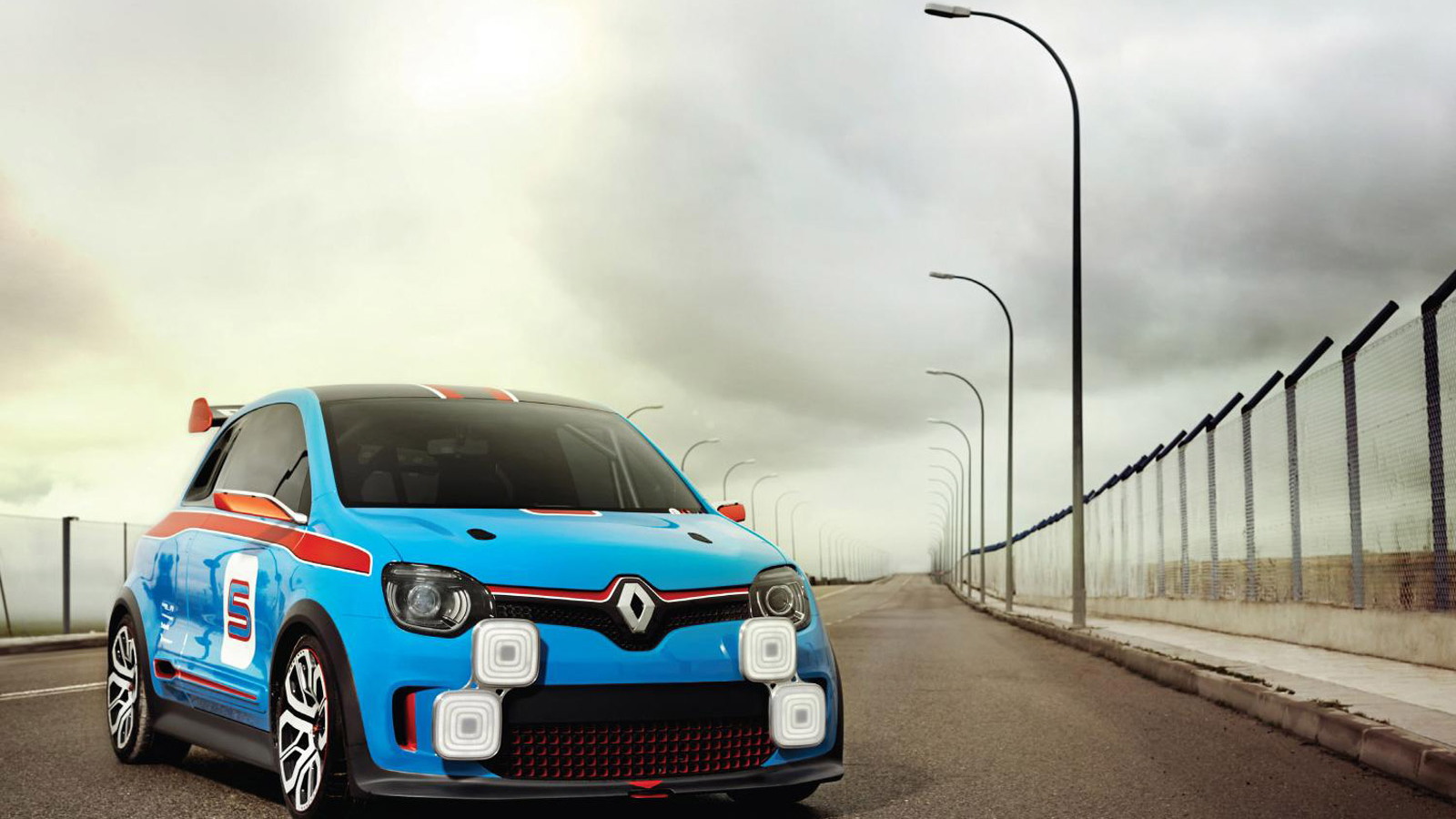 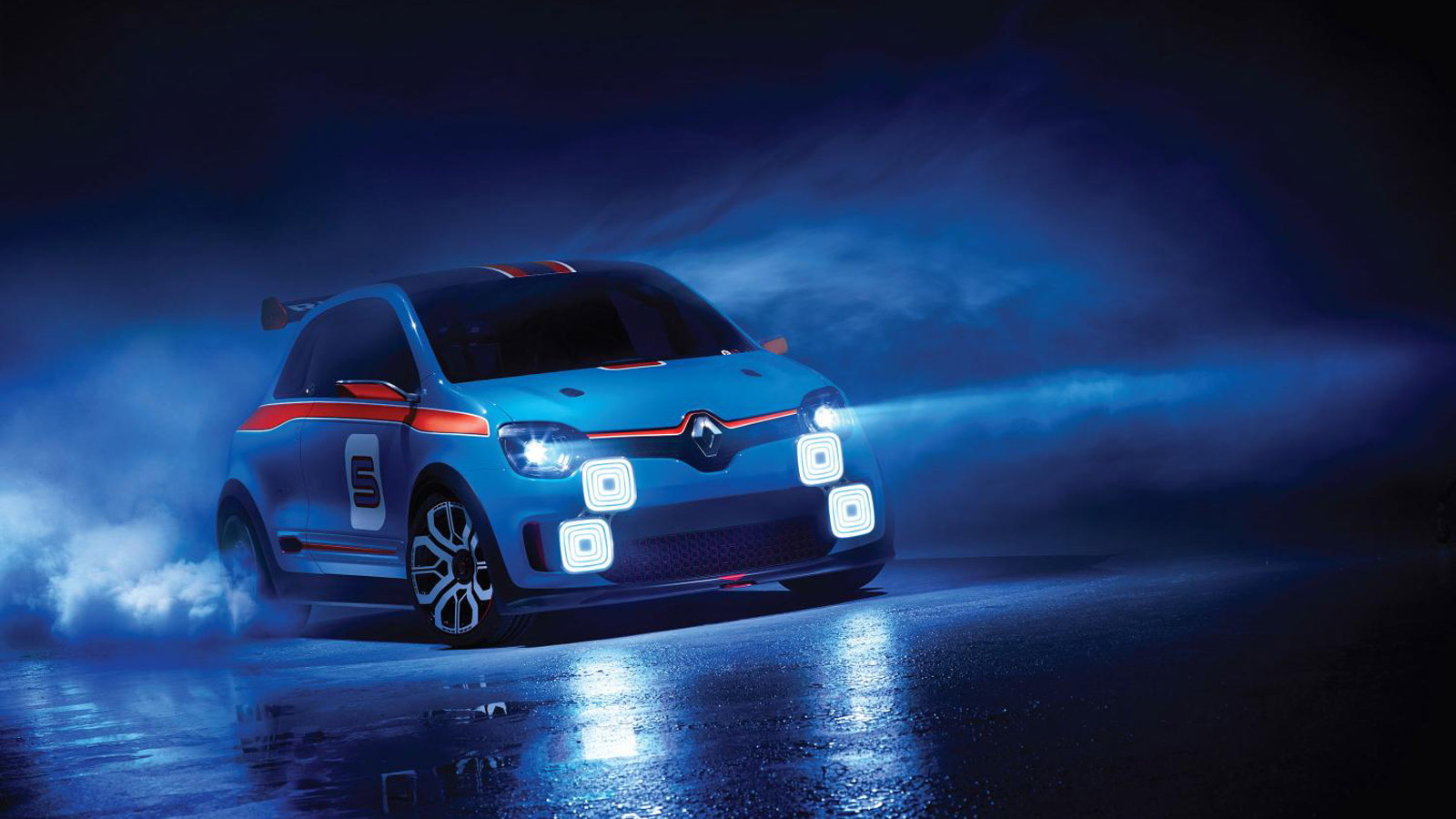 12
photos
Renault has unveiled a racy new concept car at the Monaco Grand Prix that the French automaker is using to preview its next-generation Twingo minicar, more specifically, the Twingo RS performance model.

The new concept goes by the name Twin’Run and its design pays homage to the legendary R5 Turbo and Clio V6 hot hatches. Yes, the new Twin’Run comes packing a mid-mounted engine just like those past greats.

At the concept's  launch, Renault boss Carlos Tavares showed up in Monaco driving the Twin’Run, followed by F1 legend Charles Pic in the Clio V6 and rally driver Jean Ragnotti in the R5 Turbo.

The Twin’Run is the follow up to a previous Twin’Z electric concept, which also previews the next Twingo, but this one gets a 320-horsepower, 3.5-liter V-6 borrowed from the Renault Megane Trophy race car.

Mounted longitudinally ahead of the rear axle, the engine is matched to a SADEV six-speed sequential gearbox with limited slip differential and is used to power the rear wheels. Renault boasts a 0-62 mph time of 4.5 seconds and a top speed of 155 mph.

The concept rides on a bespoke chassis built by Tork Engineering and features double-wishbone suspension with independent pivots and Öhlins shocks. There are also thick anti-roll bars at both ends and lightweight 18-inch wheels shod with Michelin tires at all four corners.

To further emphasize its performance, Renault has crafted the concept’s body out of composite materials. In particular, carbon fiber is used for the front bumper, roof, rear vents and wheel arches.

While most of the concept’s details won’t make it onto the next Twingo, the basic shape and rear-drive concept will. That’s because Renault’s new Twingo will share a platform with the next-generation Smart ForTwo, which itself was previewed in concept form by the Smart ForStars concept.