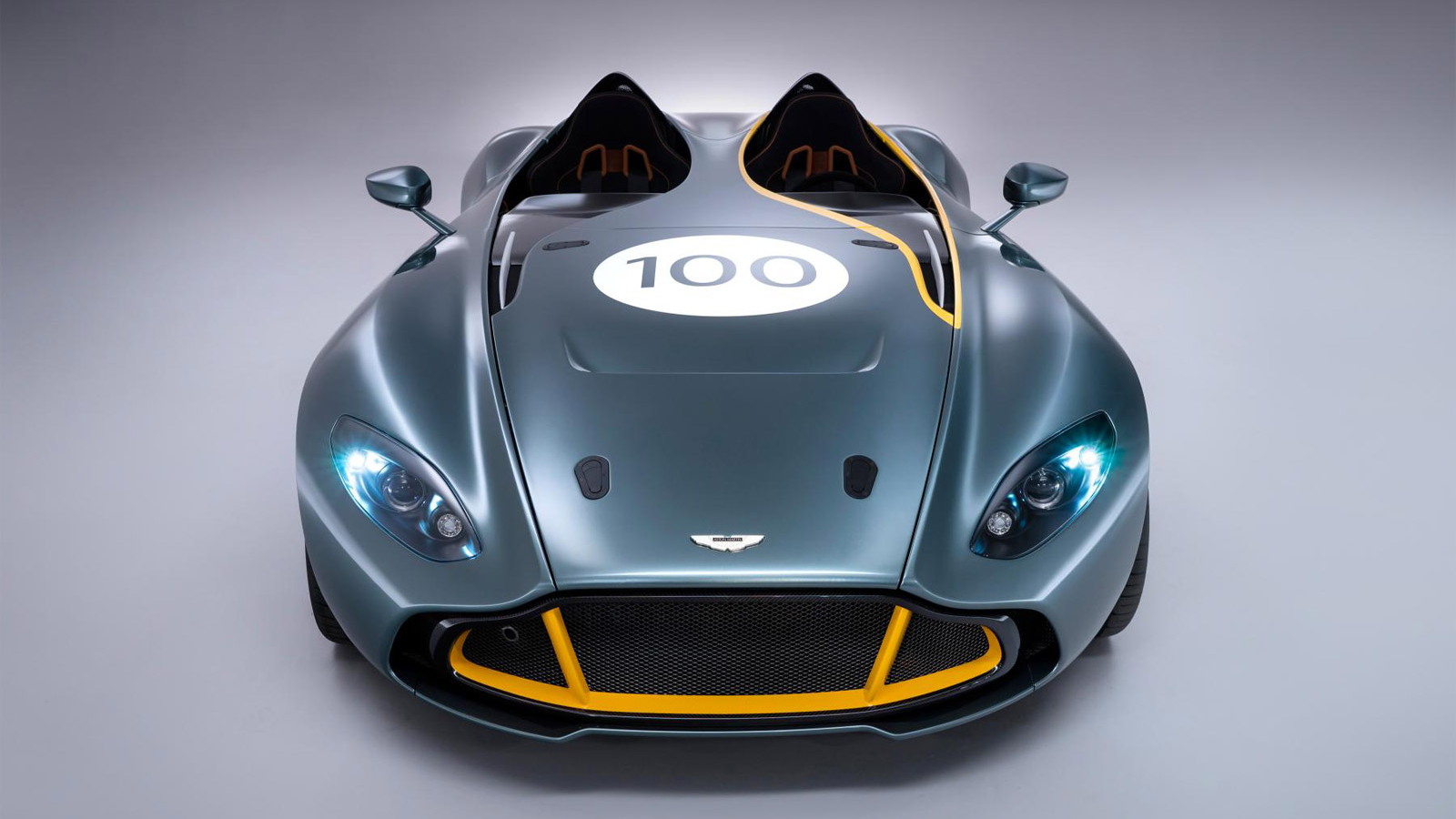 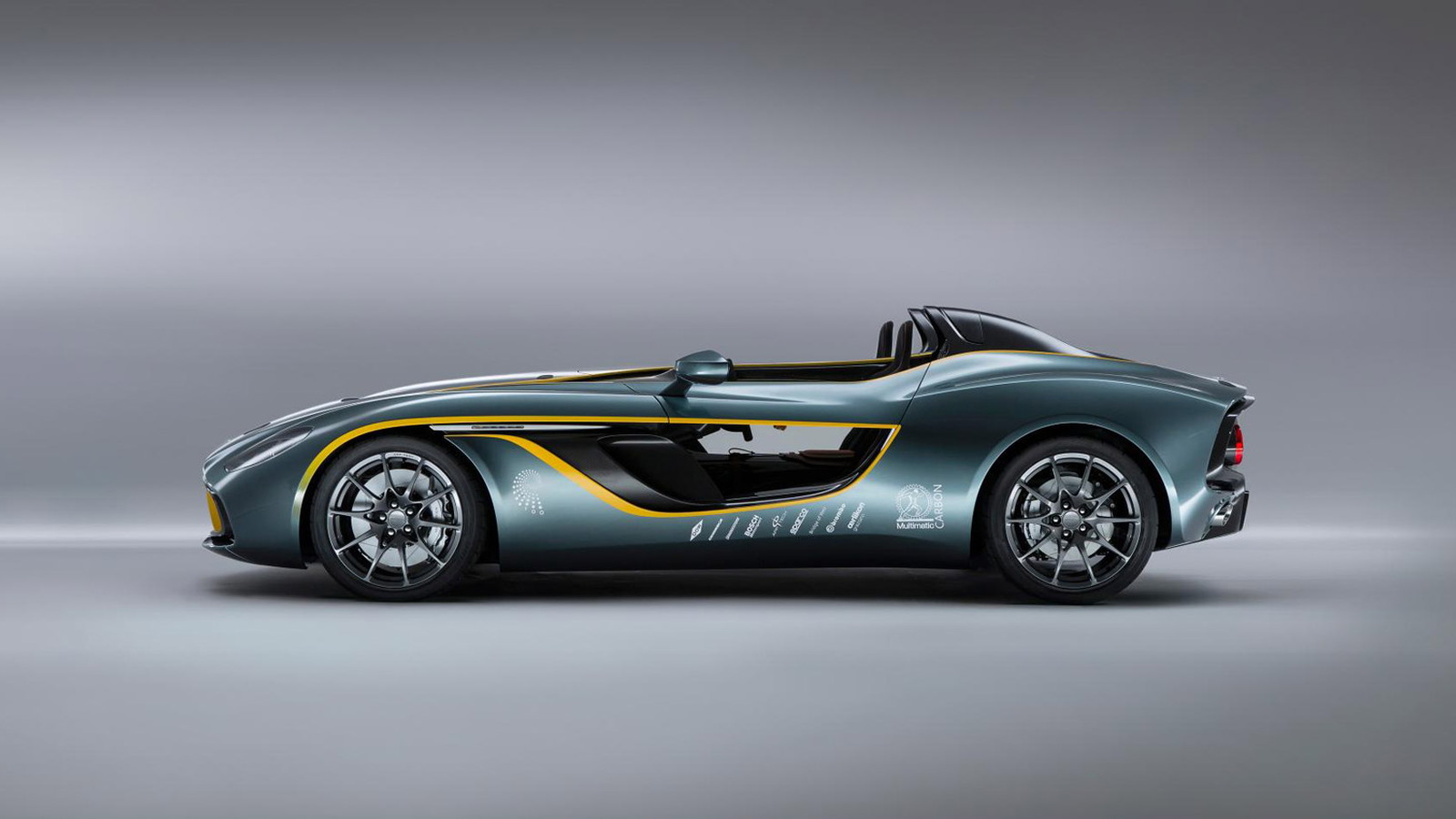 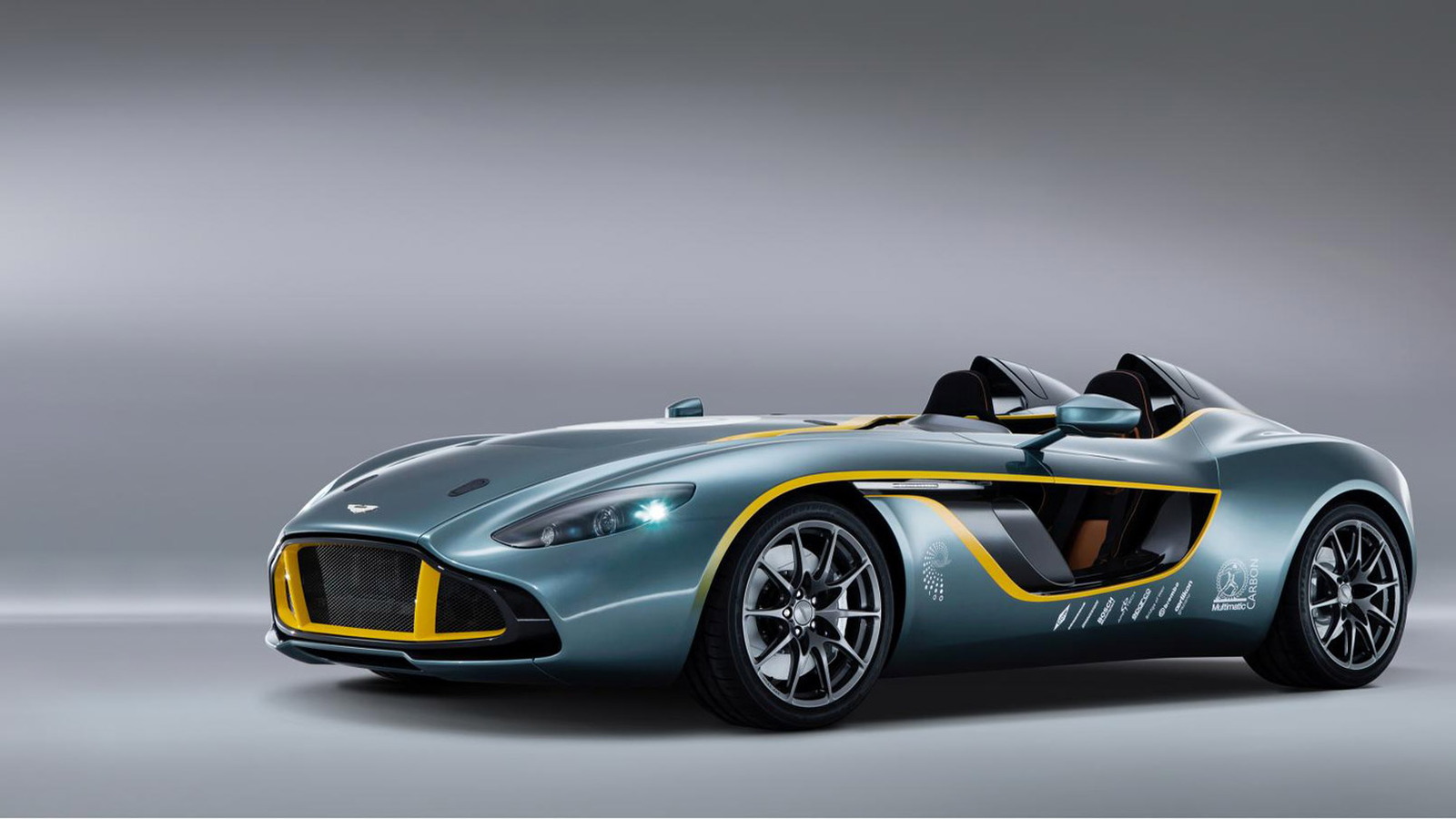 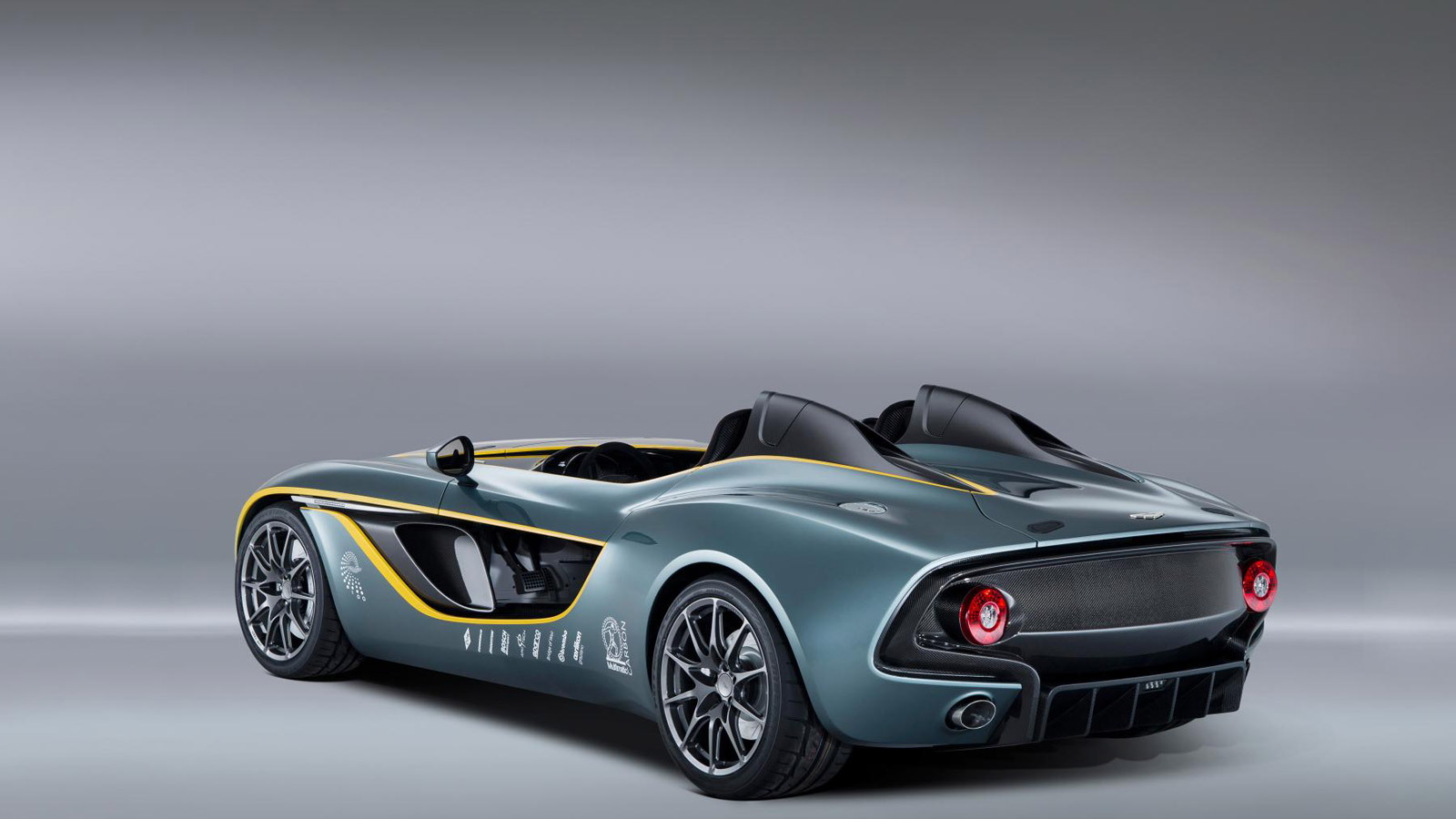 23
photos
Aston Martin has released full details for its CC100 Speedster based on the V12 Vantage, following the striking concept’s debut at the Nürburgring 24 Hours this weekend where the automaker is competing.

The concept was created in celebration of Aston Martin’s centenary this year and features a design inspired by the lines of the DBR1 race car of the 1950s. A 1959 DBR1 was famously driven to victory in a 1,000-kilometer race at the Nürburgring by Sir Stirling Moss, and both the original race car and the new CC100 made a lap of the legendary German circuit this morning.

But it’s not just about reflecting on the past, as the CC100 also looks towards the future, giving us a glimpse of Aston Martin’s future design direction. Key among the concept’s design features is a new take on the Aston grille and fender vent, and a completely new design theme for the rear.

The CC100 was designed and constructed in fewer than six months at Aston Martin’s global headquarters in Gaydon, England. Measuring almost 15 feet nose to tail, and more than 6.5 feet across, the CC100 is proof of the flexible nature of Aston Martin’s trademark Vertical Horizontal (VH) platform design.

Being based on the V12 Vantage, the CC100 packs a front-mounted V-12 engine displacing 6.0 liters and outputting in excess of 500 horsepower. The engine sits in a rigid aluminum chassis and spins the rear wheels via an automated sequential manual gearbox with paddle shifters. According to Aston Martin, the setup is enough to accelerate the concept to 62 mph in just over 4.0 seconds and on to a governed top speed of 180 mph.

The body is all new and is made completely of carbon fiber, tooled and provided by low volume specialists Multimatic. It was designed by Aston design chief Marek Reichman together with the automaker’s exterior designer, Miles Nurnberger.

At its debut in Germany, the CC100 was driven by Aston Martin CEO Dr. Ulrich Bez. He explained that the concept represents the automaker’s sporting heritage as well as its design capability, and it also represents the next generation of Aston Martin sports cars.

“The future of Aston Martin is, very clearly, more exciting now than perhaps at any time in its history and I’m looking forward to seeing the excitement and anticipation that CC100 creates among Aston Martin owners and enthusiasts worldwide,” Bez said.