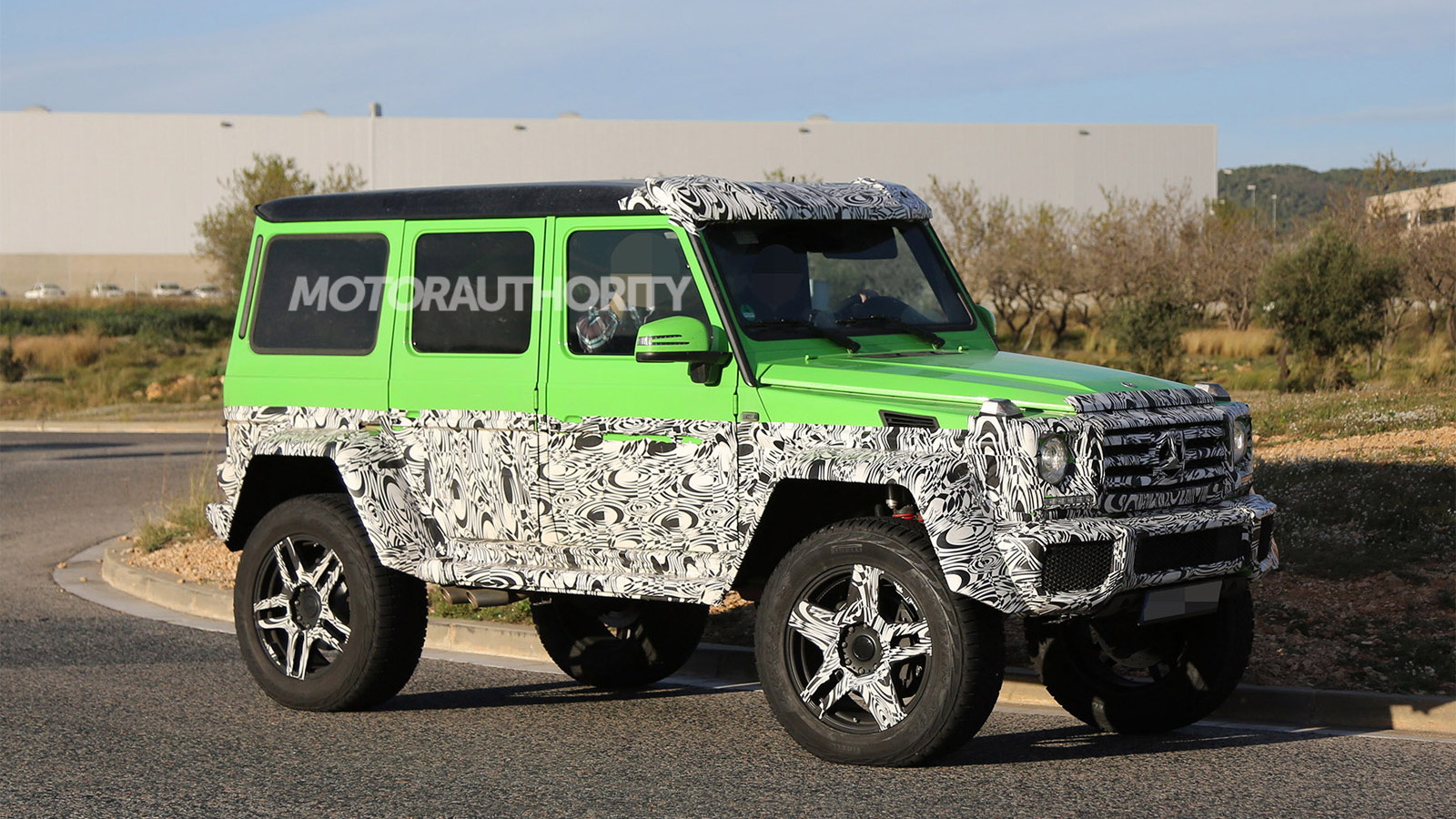 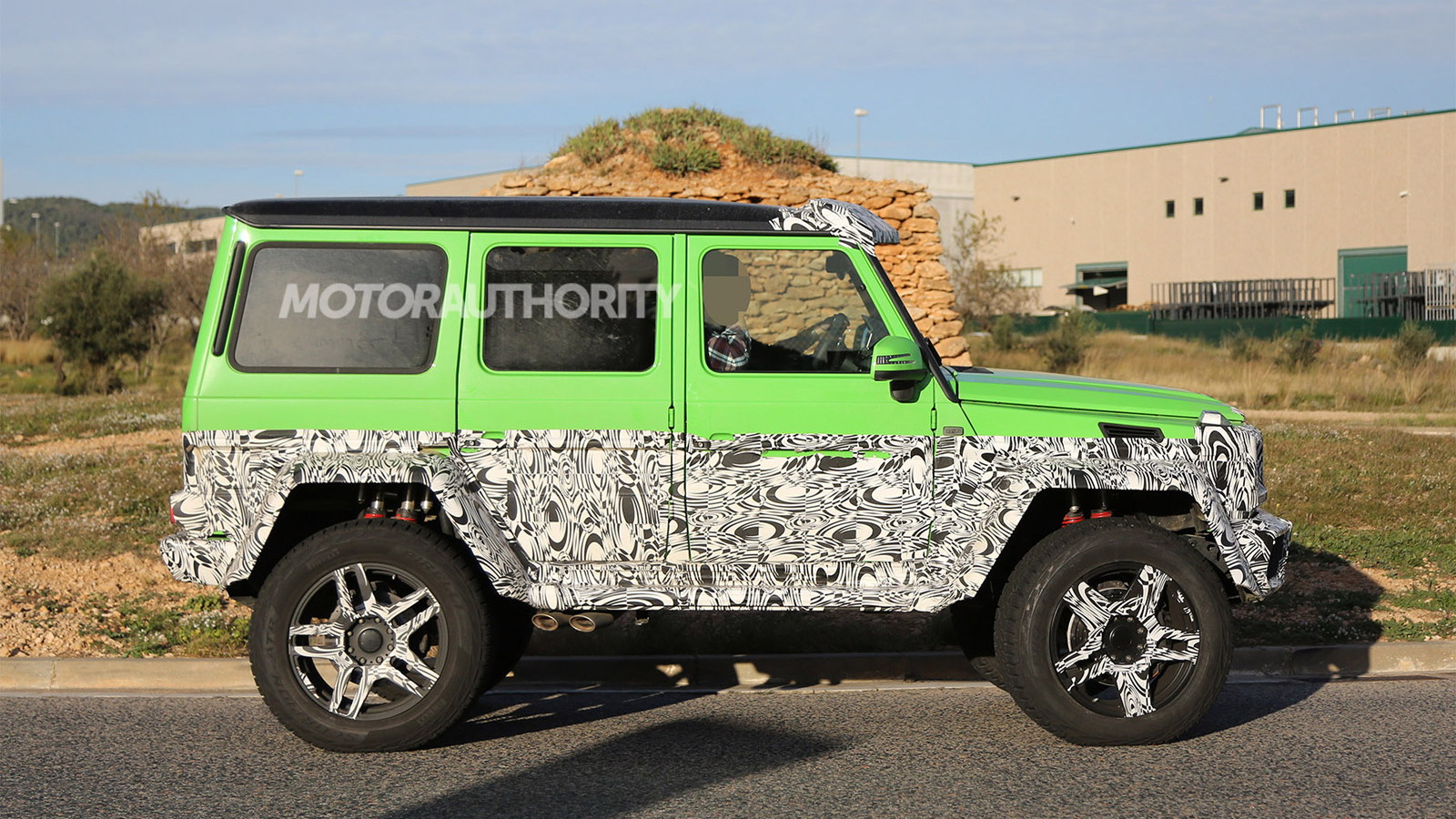 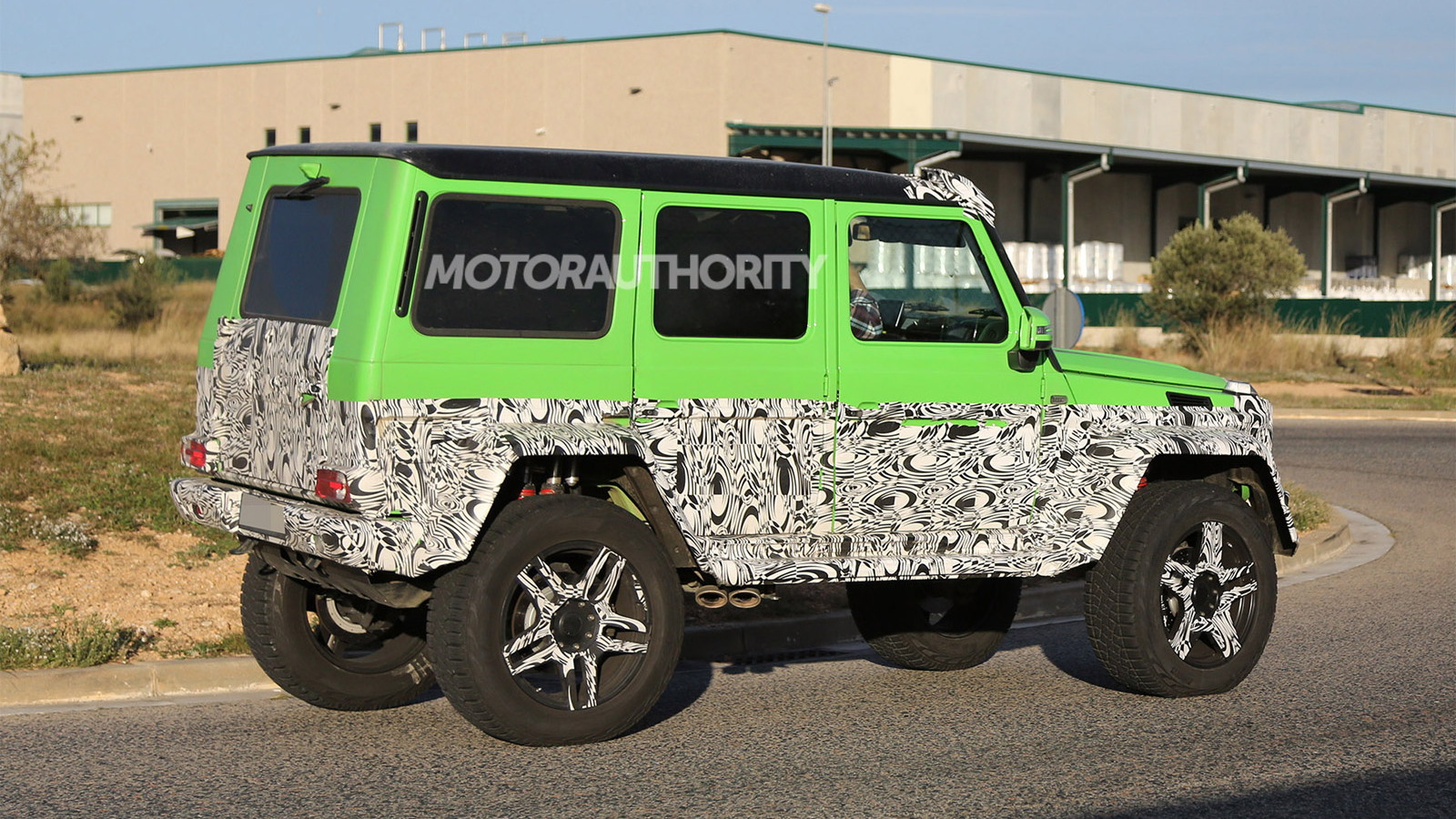 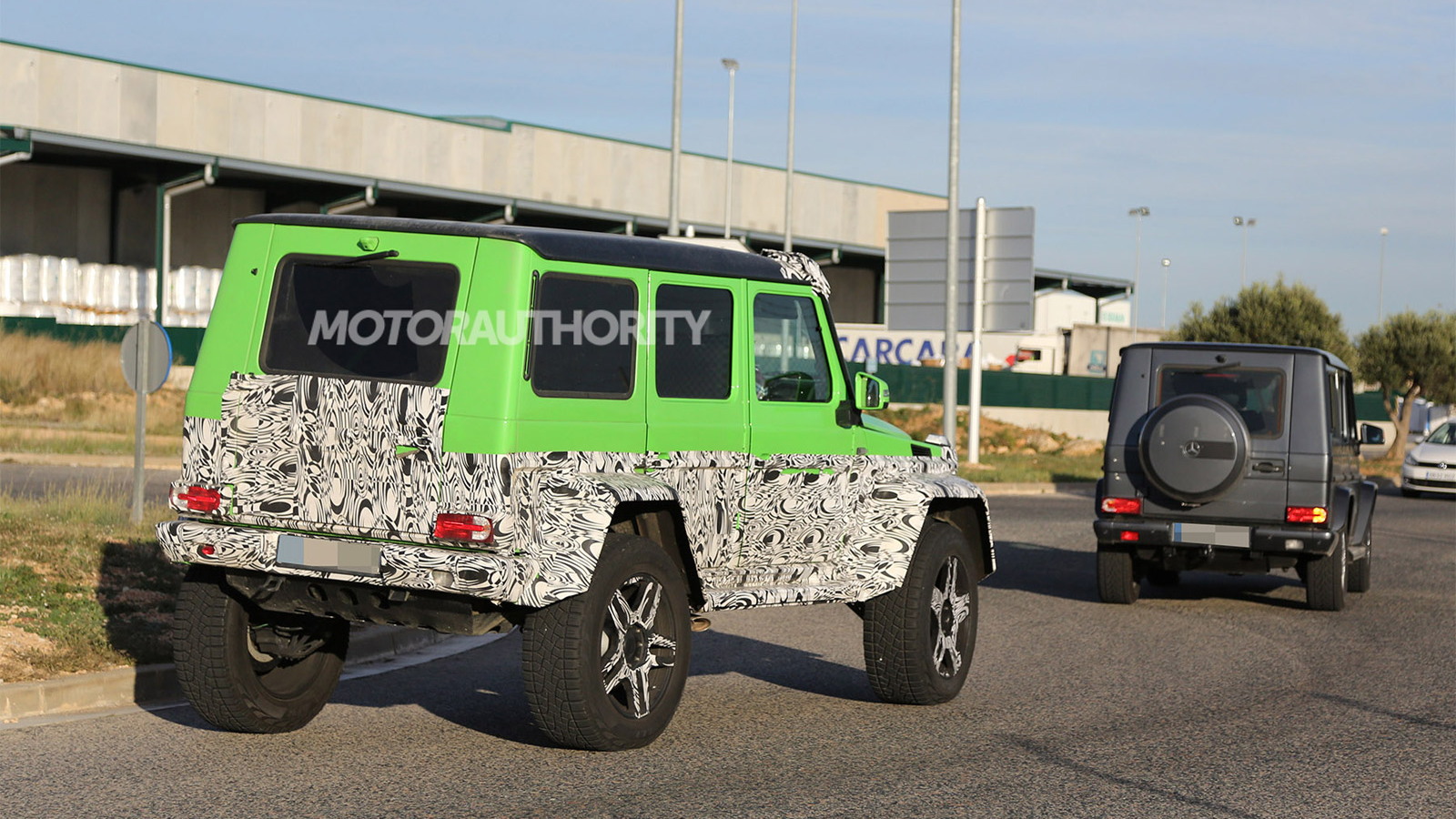 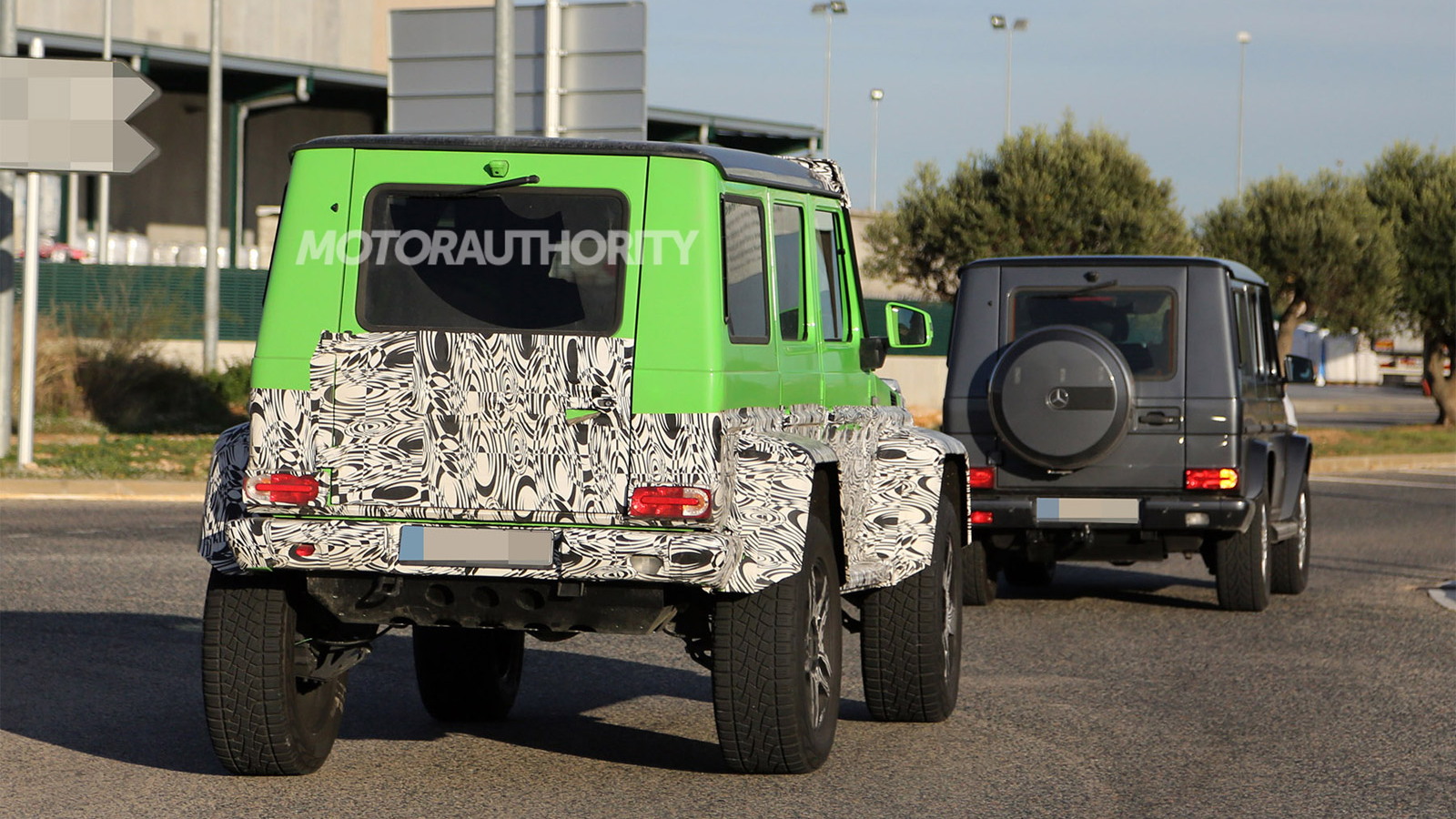 20
photos
Mercedes-AMG’s G63 6x6 has proven to be a massive hit, despite its price tag of around half a million dollars and the fact that it barely squeezes into most parking spots. Now, it appears the engineers at Mercedes-AMG are testing a version of the regular four-wheeled G63 fitted with a number of upgrades borrowed from the G63 6x6.

It’s clear the vehicle sits much higher than the regular G63 and its wheel arches extended significantly. This allows for a wider track and greater wheel articulation, extending the vehicle’s off-roading prowess even further.

Under the hood should sit the same twin-turbocharged 5.5-liter V-8 as the regular G63, good for 536 horsepower and 560 pound-feet of torque. Drive should be channeled to all four wheels via a seven-speed automatic.

A debut is expected to take place late next year, which means we could see the vehicle introduced as a 2016 model. The 2016 model year is also expected to see the introduction of the V-12-powered G65 in the U.S. for the first time.