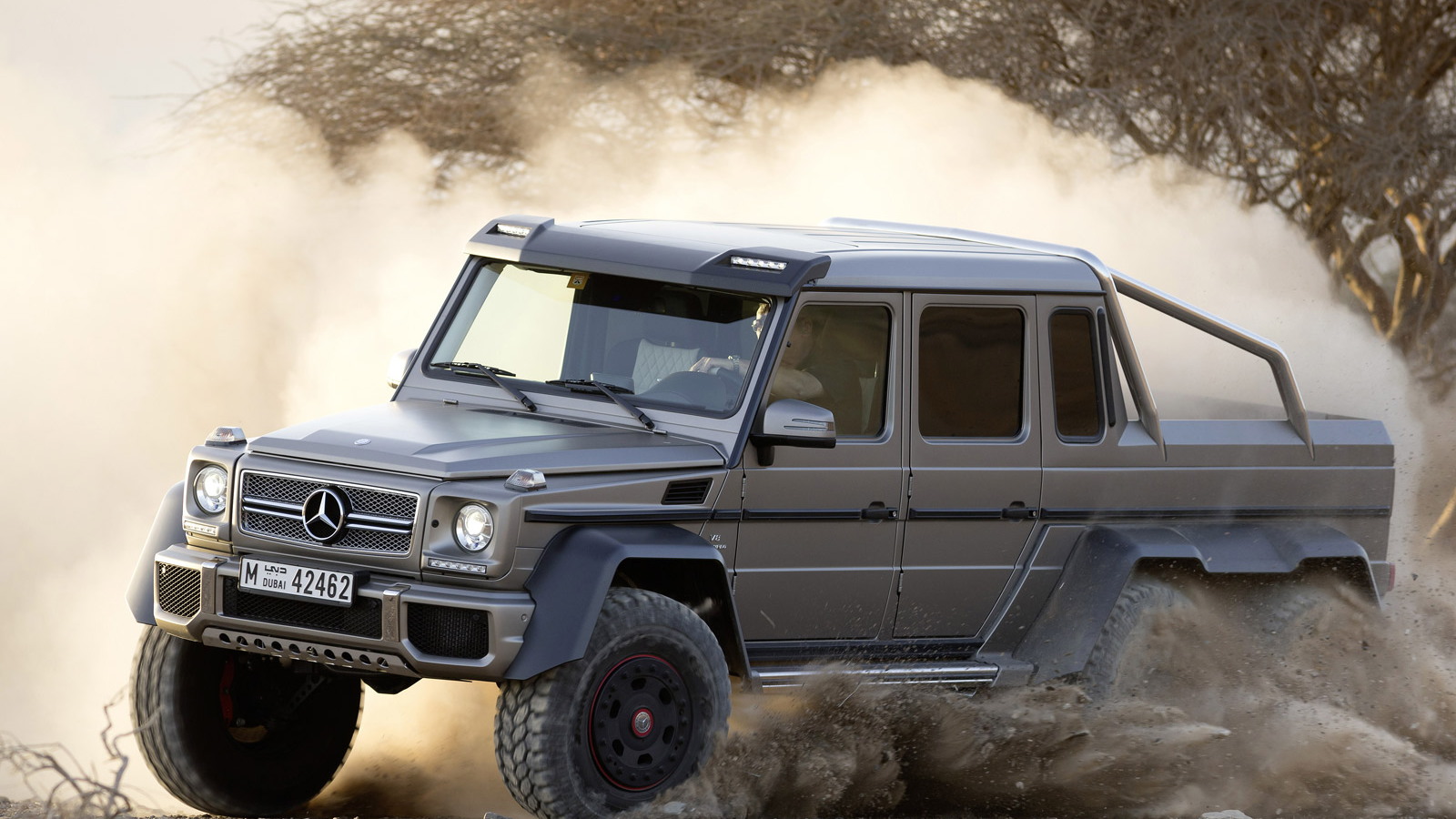 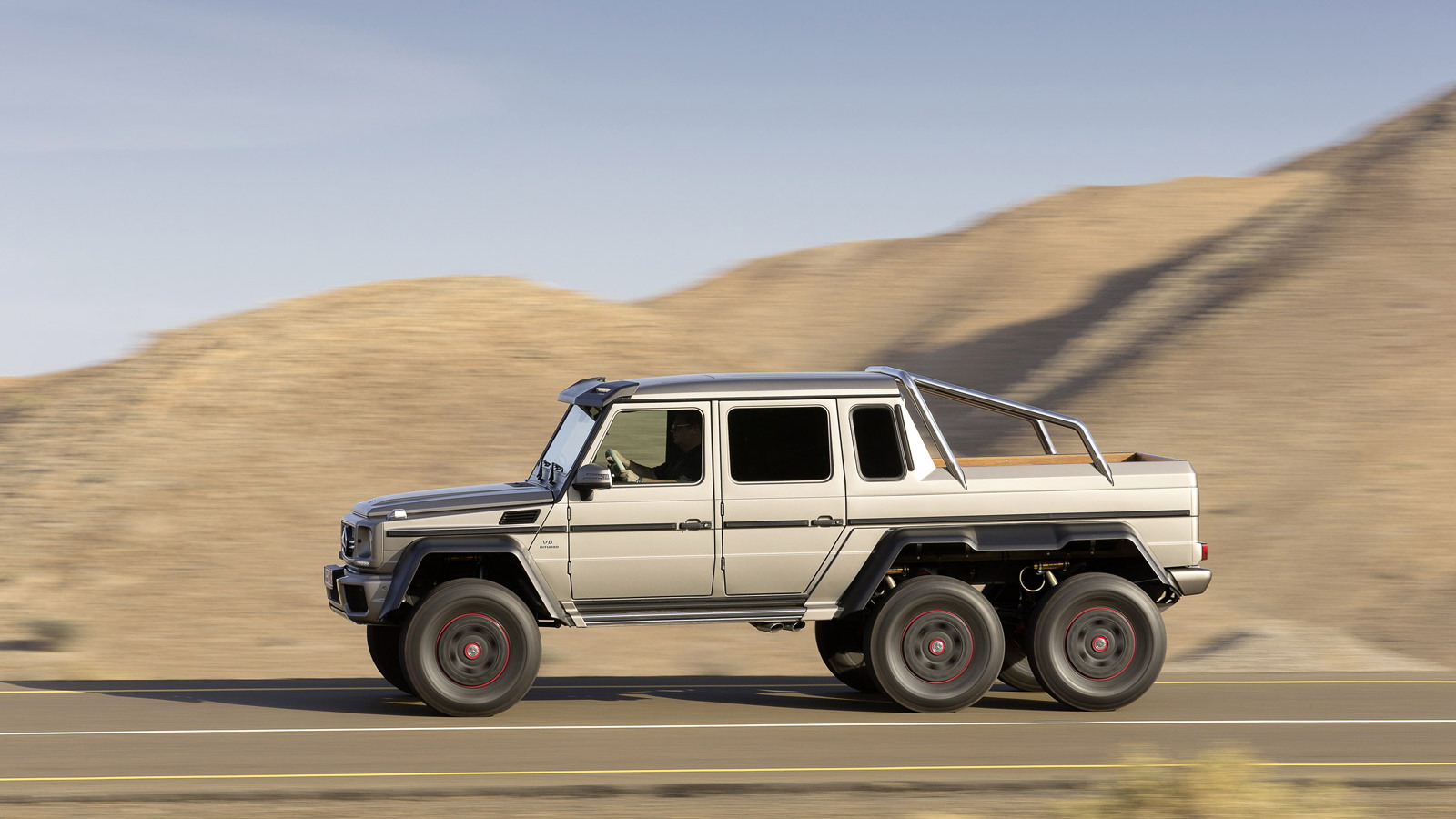 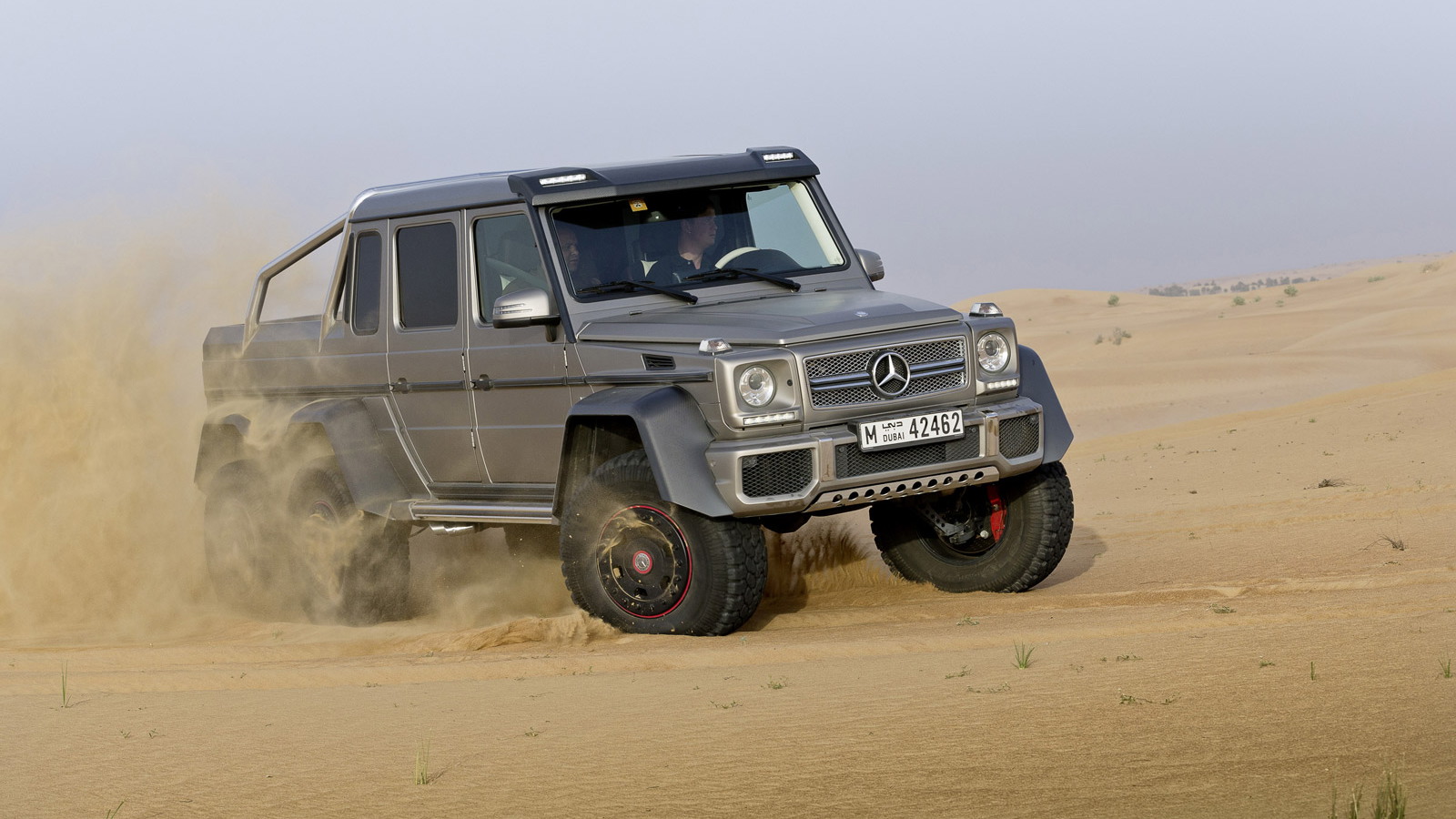 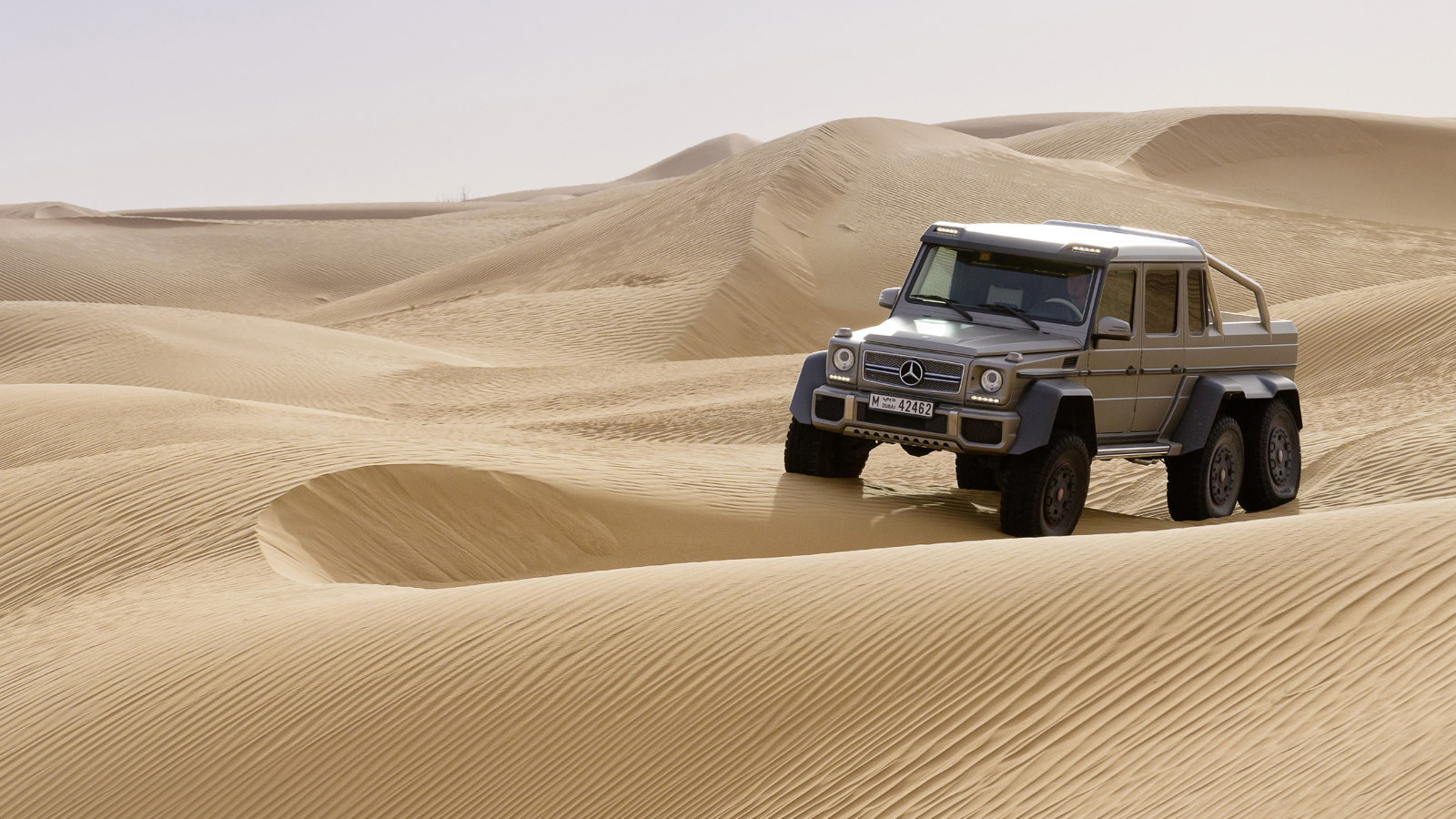 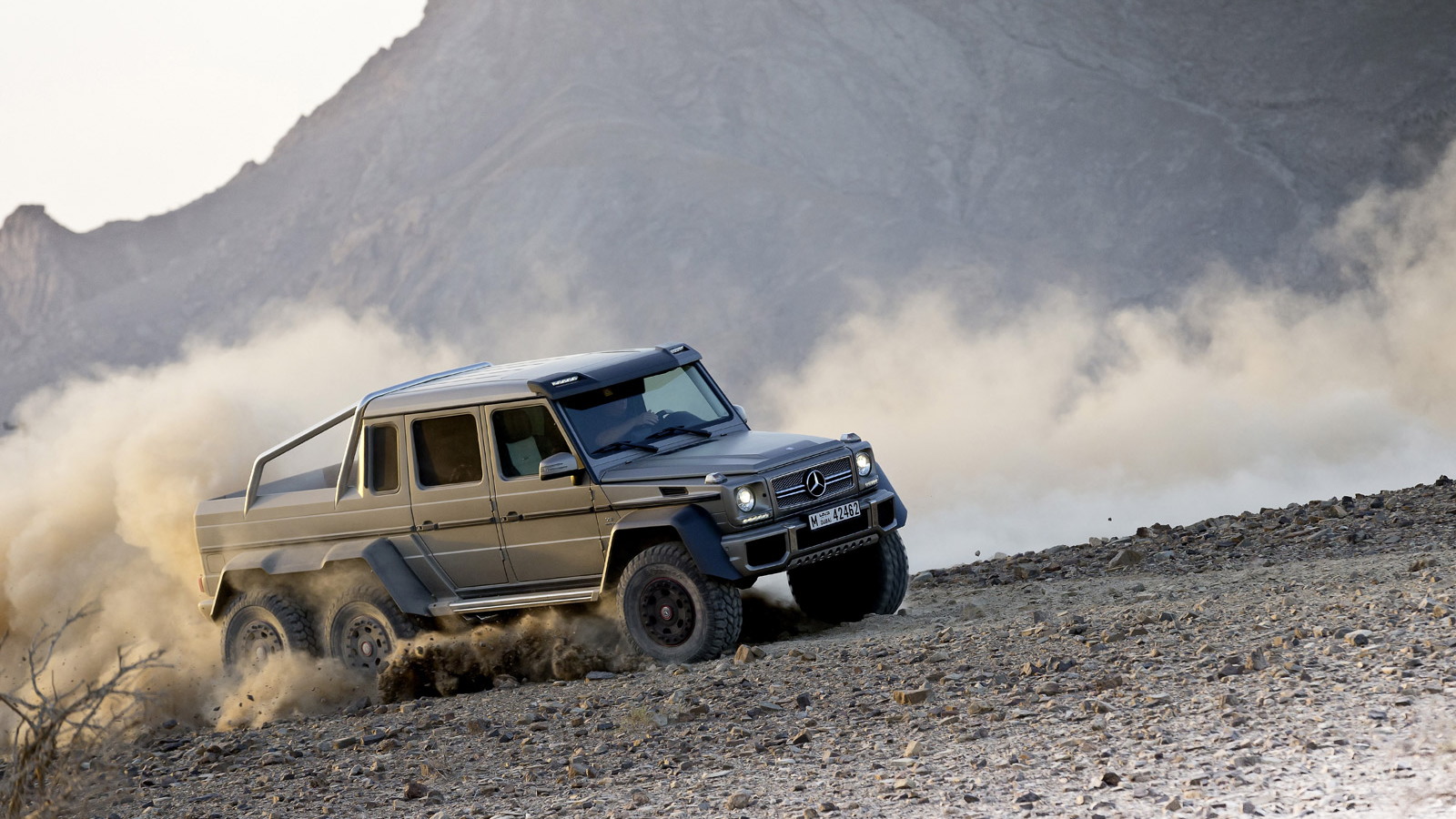 Combine an AMG twin-turbo V-8 with the Mercedes-Benz G Class’s robustness, and then throw on an extra axle for good measure, and you’ve got one of the most extreme off-roading machines money can buy.

And yes, you can actually buy this monster, devised by the engineers at AMG.

The vehicle is called the Mercedes-Benz G63 AMG 6x6, and we first brought you details on it--including a video--earlier in the month. Now we have a mega gallery with almost 50 photos for you to drool over.

So, in addition to having six driven wheels, what else makes the vehicle such a standout?

Well, in addition to being a vehicle originally developed for military use, the G63 AMG 6x6 also benefits from a 544-horsepower output, a low-range ratio, five differential locks, portal axles, a tire pressure control system, and a special chassis that provides 18.1 inches of ground clearance and can still carry a 1,433-pound payload.

The chassis is largely based on the current production configuration found in the 2013 Mercedes-Benz G63 AMG, which the 6x6 monster is derived from. The only difference being that the helical springs and dampers have been adjusted to take account of the changed characteristics of the three-axle model.

While on the outside the vehicle exudes toughness, inside, the cabin is opulent enough for royalty. It has the choice of classic red or light brown designo leather with contrasting stitching and diamond-pattern quilting.

The four electrically adjustable individual seats are heated and ventilated, and the rear compartment is equipped with a special center console complete with its own COMAND interface control wheel. Out back, the cargo hold is lined in polished bamboo.

So far, only two examples have been built for civilian use. Depending on demand, which so far has been quite positive, Mercedes-Benz will determine how many more it should build.

Production takes place at the same Magna Steyr plant in Graz, Austria where all G Class models are born. Furthermore, Graz has been the production site for all civilian and commercial G Class models since 1979.