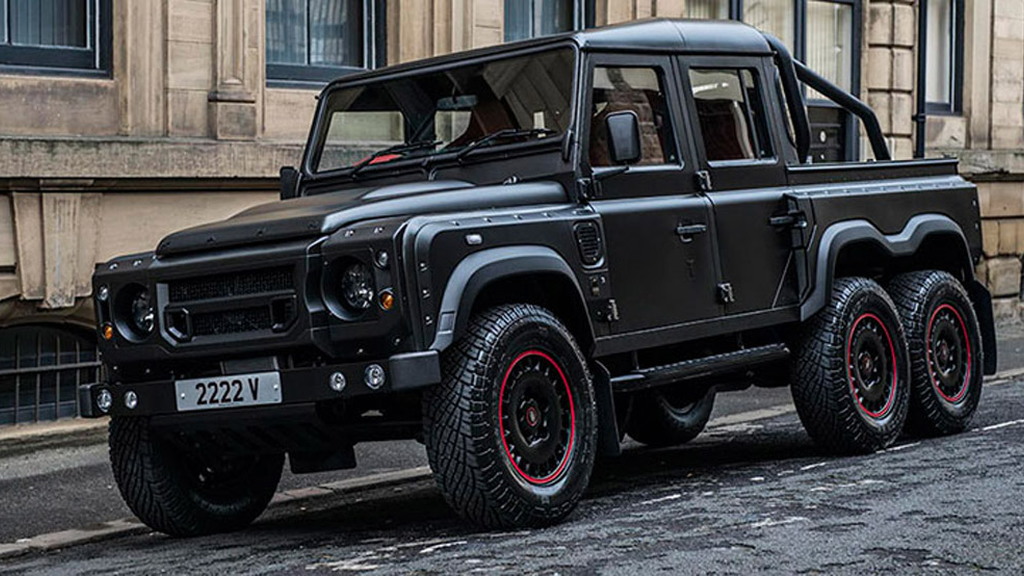 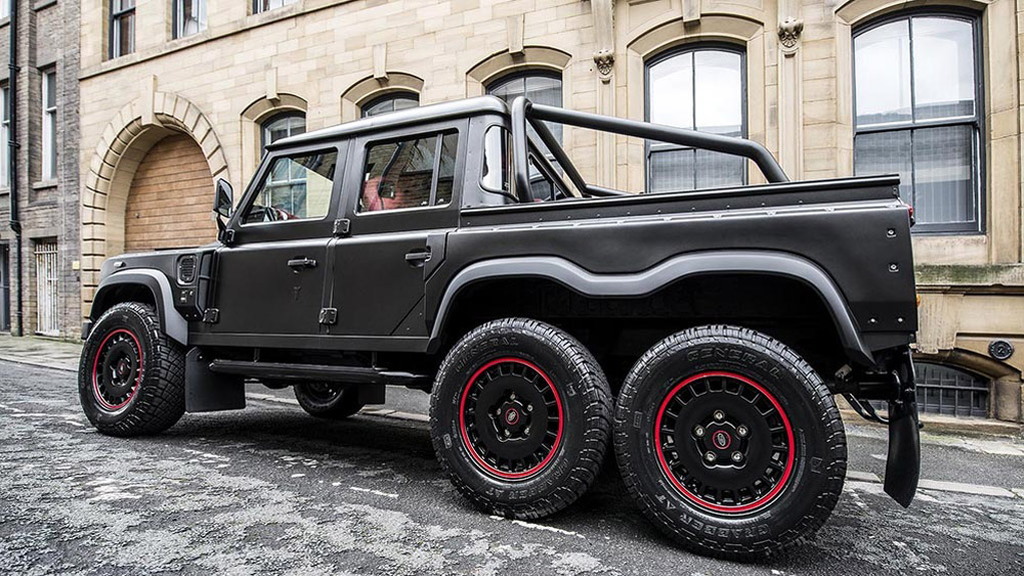 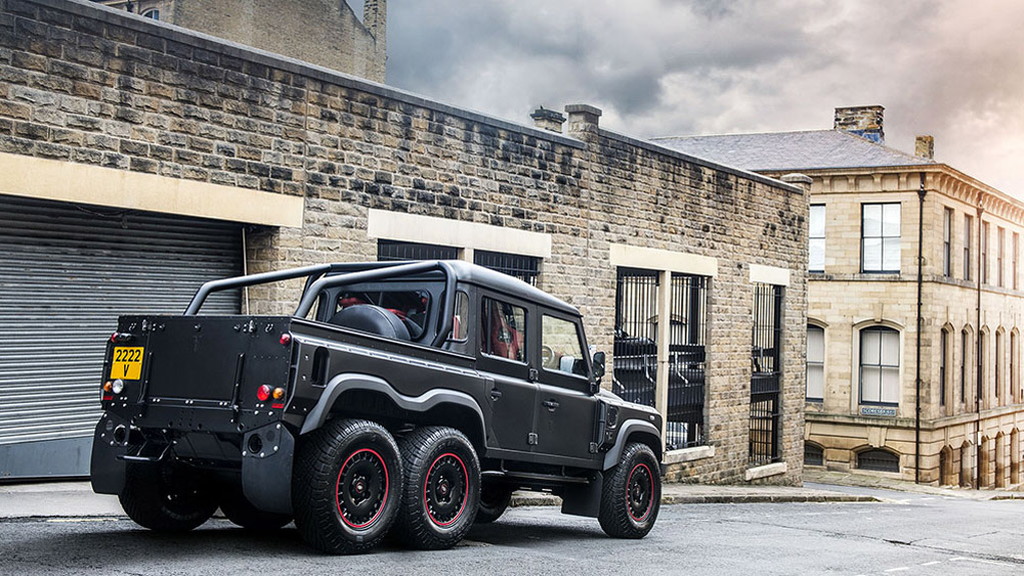 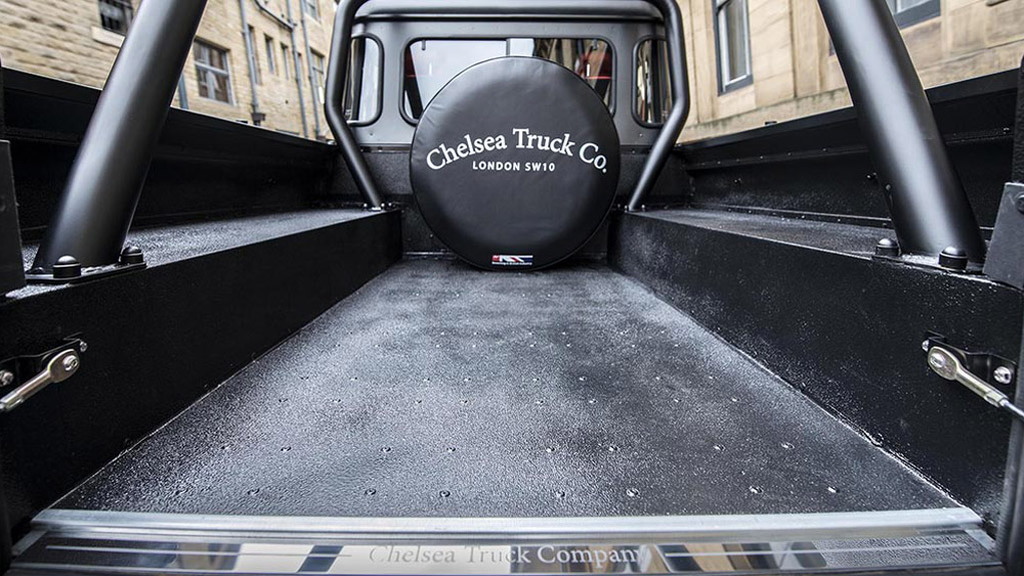 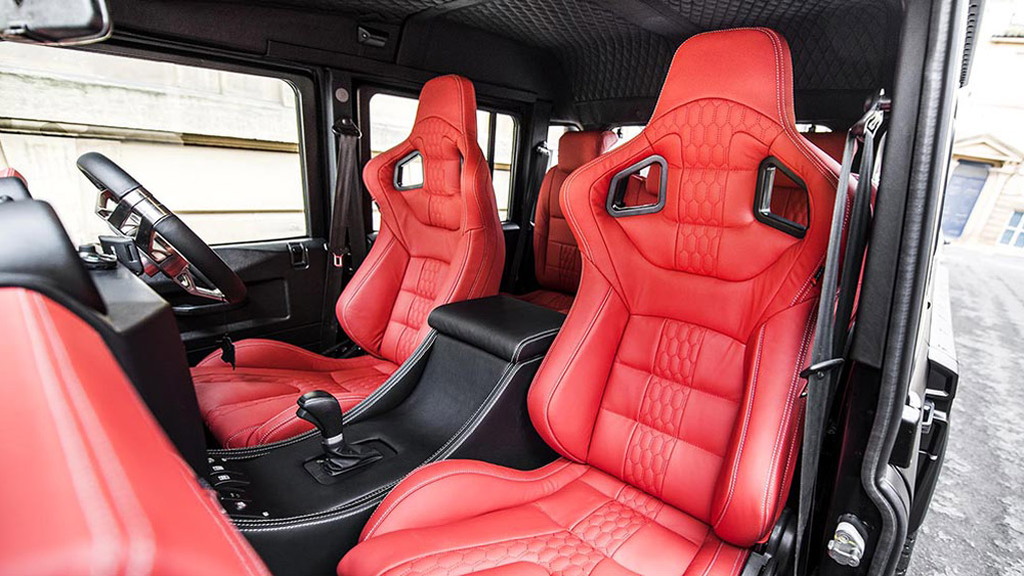 Britain’s Kahn Design is back with a new six-wheeled monster; this time in the form of a pickup truck. The latest addition to the company’s growing family of Flying Huntsman coachbuilt Land Rover Defenders made its debut at the recent Land Rover Owners Show in the United Kingdom, and though it’s labeled a concept the company has already confirmed it for production.

It’s called the Flying Huntsman 110 WB 6x6 Double Cab Pickup, and it’s essentially a version of the six-wheeled Flying Huntsman 110 WB 6x6 SUV that’s had its third-row seats replaced by a tray. Incredibly, the starting price is just £99,875 (approximately $152,100), before taxes, which is considerably less than what you have to pay for the SUV and less than a third of the price of Mercedes-AMG's G63 6x6.

Kahn says a six-speed manual will be fitted as standard but buyers will have the choice of four- and six-speed automatics. The vehicle will also be made available with left- and right-hand-drive configurations. The standard engine will be a 2.2-liter diesel but more powerful options, including a V-8, will be available. The previous SUV version was shown with a 6.2-liter LS3 V-8 sourced from General Motors Company [NYSE:GM] that had as much as 500 horsepower on tap.

As with all of Kahn’s coachbuilt vehicles, each will come adorned with a plaque naming all the people involved in the build. Buyers will also be able to fully customize the interior with options such as quilted and perforated leather, Alcantara and Harris tweed.

Kahn plans to limit production to just 20 examples per year, and given the attractive pricing we think build slots will sell out fast. Of course, Kahn’s Flying Huntsman family has other, more practical options. They include a smaller, single-cap pickup as well as a two-door SUV.