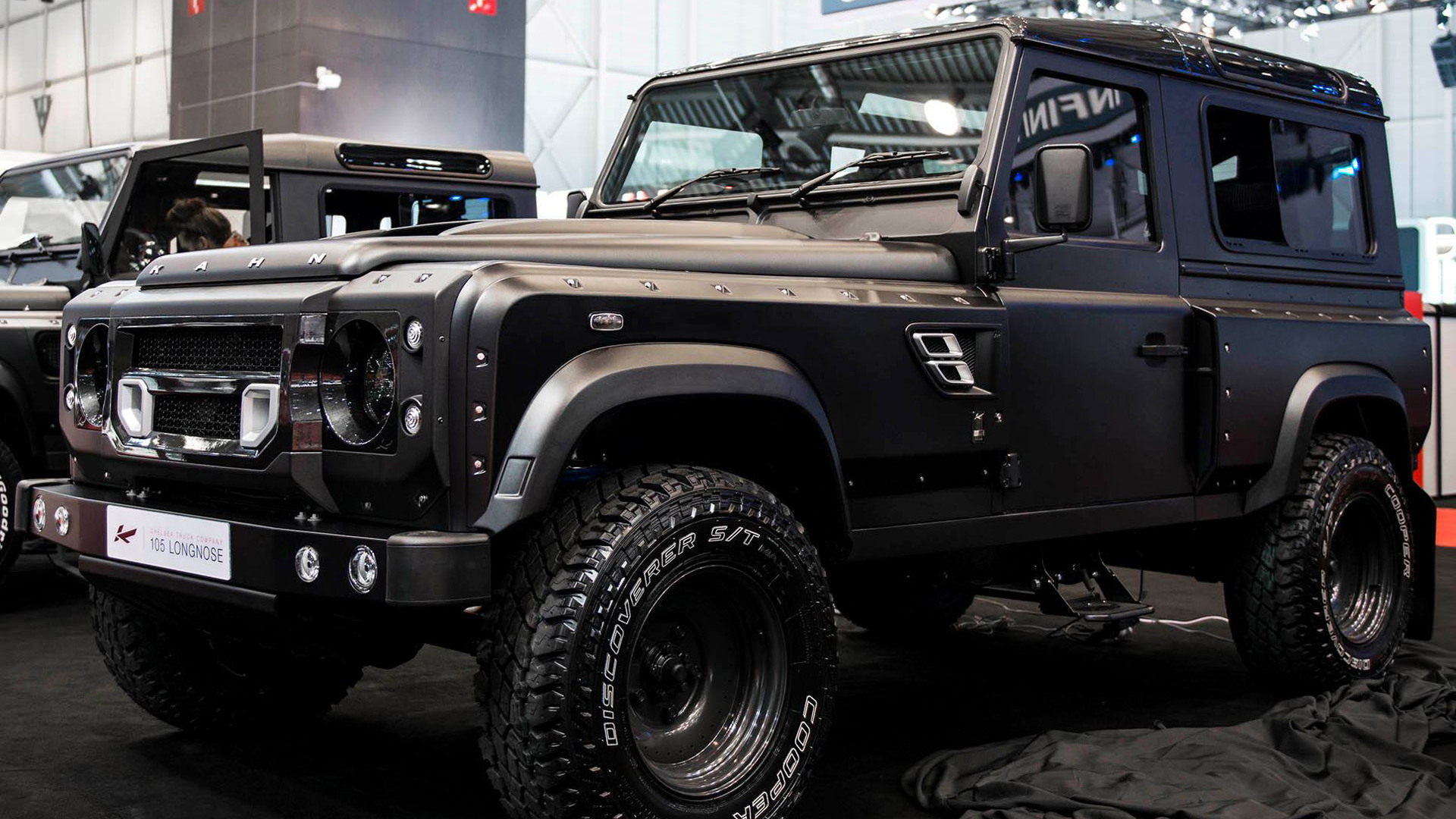 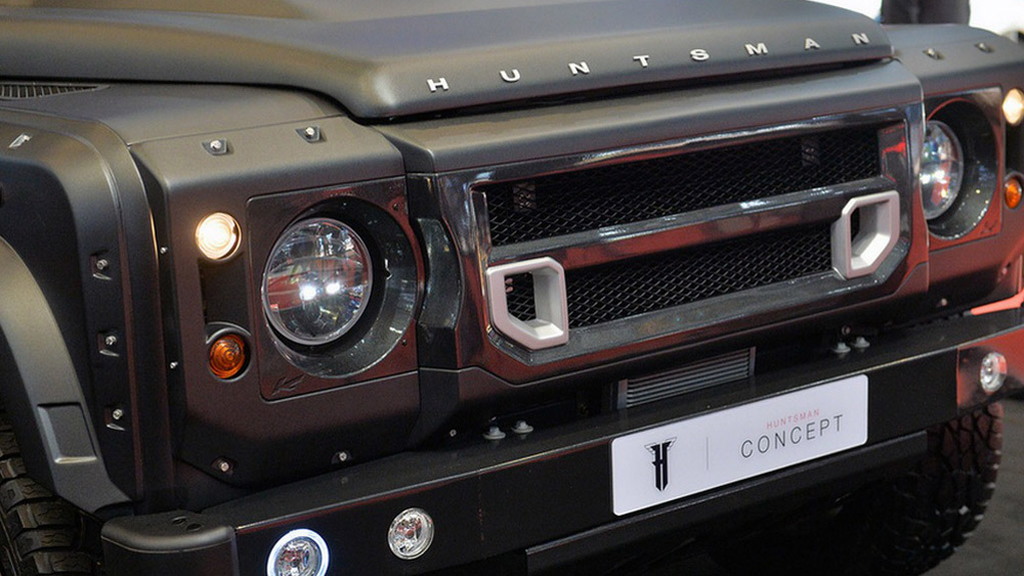 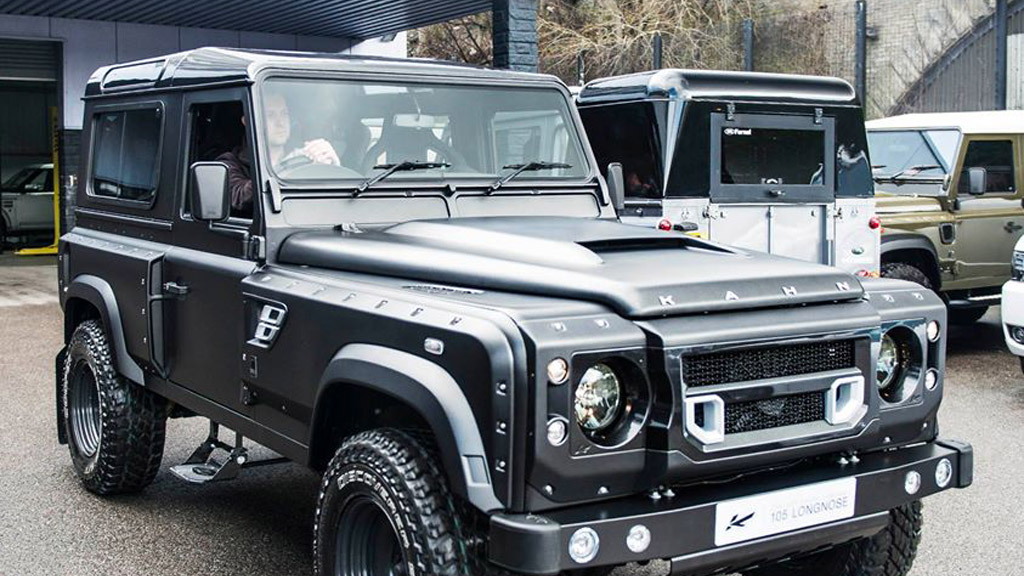 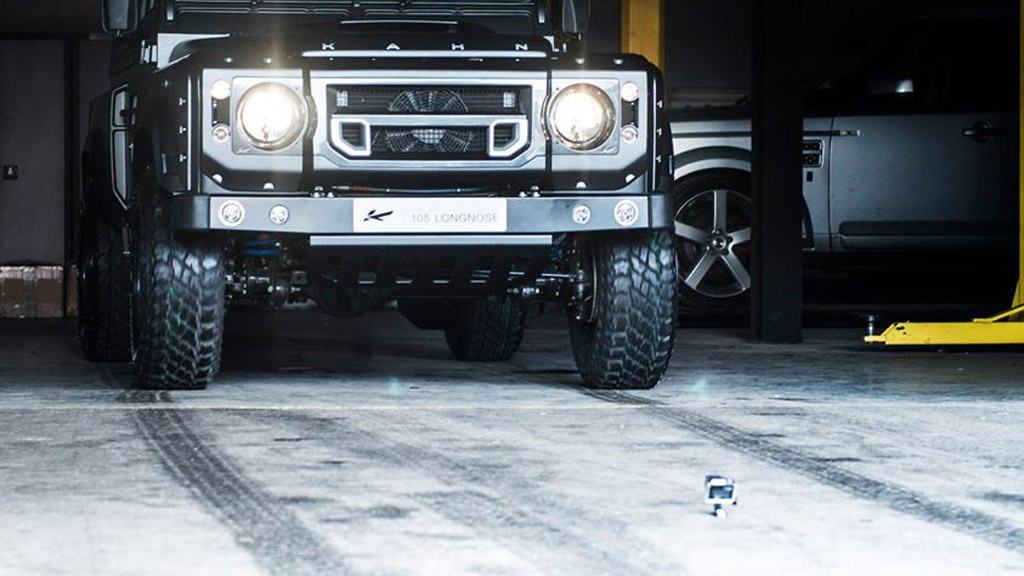 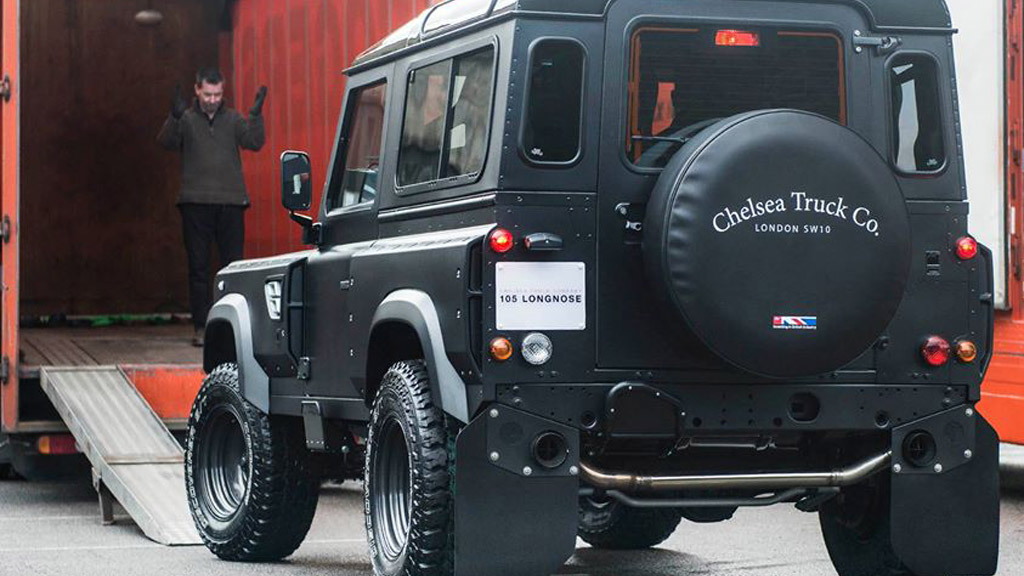 British coachbuilder A. Kahn Design is slowly branching out into the world of fully bespoke cars, some of which will come with unique bodies penned by the company’s CEO and chief designer Afzal Kahn. The first of these will be a family of Land Rover Defender-based models falling under the Flying Huntsman name.

Today, A. Kahn Design revealed the first member of the Flying Huntsman family, the 105 Longnose. Modifications made to the three-door Defender on which it’s based adds a little over 15 inches to the standard 90-inch wheelbase, hence the 105 designation.

Power comes from a 6.2-liter LS3 V-8 engine sourced from General Motors Company [NYSE:GM], and drive is to all four wheels via a button-operated six-speed automatic transmission. Brake and suspension upgrades complete the engineering overhaul.

Peak output will register between 400 and 450 horsepower, but if a V-8 isn’t your cup of tea A. Kahn Design may soon offer alternatives. The company has confirmed it is seeking a 3.0-liter gasoline engine as well 3.2- and 4.6-liter diesel mills, and is currently in talks with suppliers.

Other members of the Flying Huntsman family will include a four-door variant with a correspondingly longer wheelbase, and there are even plans for a Mercedes-Benz G63 AMG 6x6 rival. Extreme conversions will also be available, including both B4 and B6 armored variants with a B7 variant rumored to be in the pipeline, should you need such protection for your daily commute.

A. Kahn Design is set to present the Flying Huntsman 105 Longnose for the first time at the 2015 Geneva Motor Show in early March. To see what else will be present at the Swiss show, head to our dedicated hub.

"With the 105 Longnose, I set out to create something fashionable, iconic and revolutionary which carries on the spirit of the Defender,” Afzal Kahn said in a statement. “It’s a truly British icon in the same way the Wrangler is to the U.S., the G-Class to Germany or the Land Cruiser L70 to Japan—the fact that Land Rover are retiring it is an absolute tragedy.