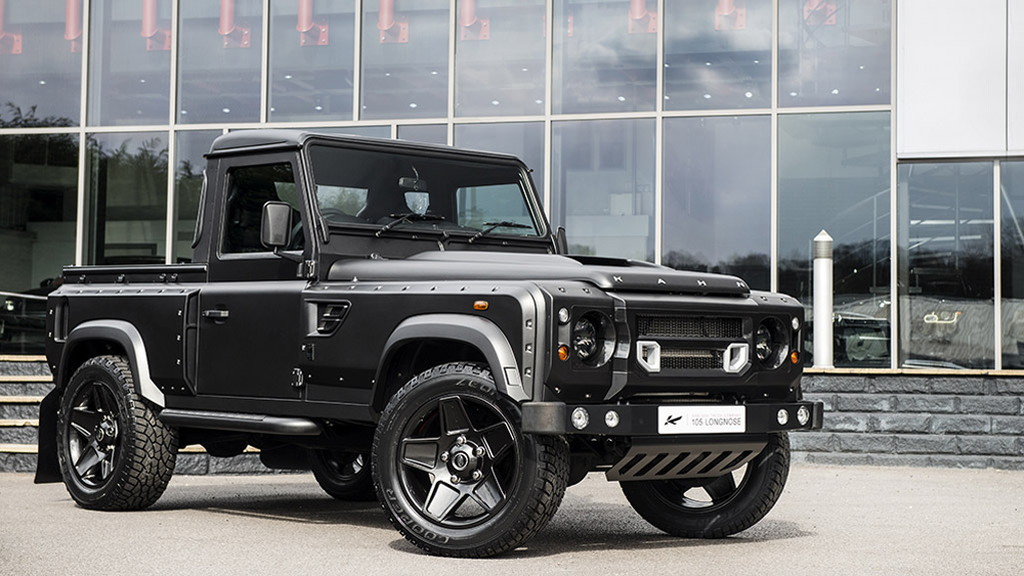 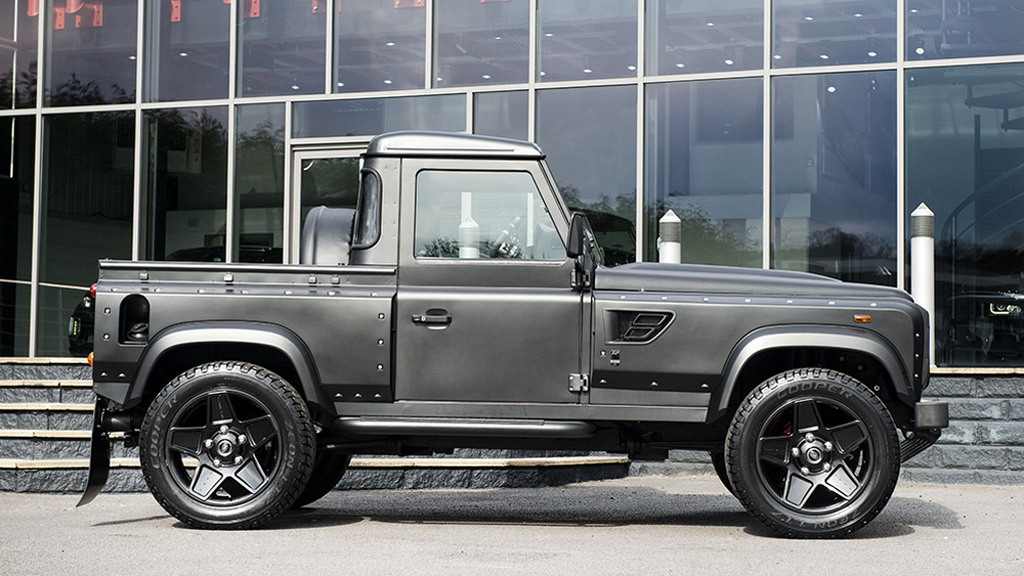 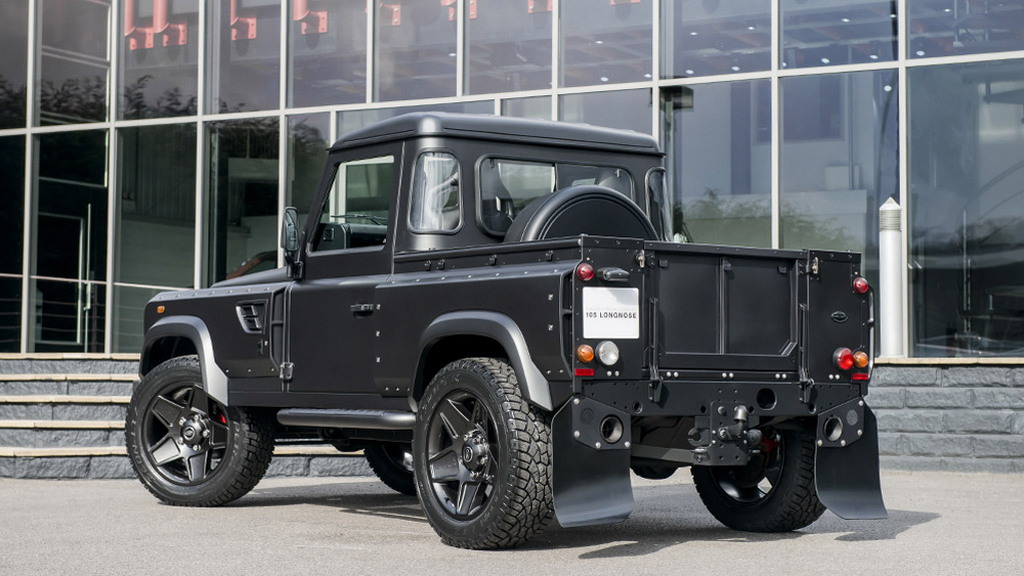 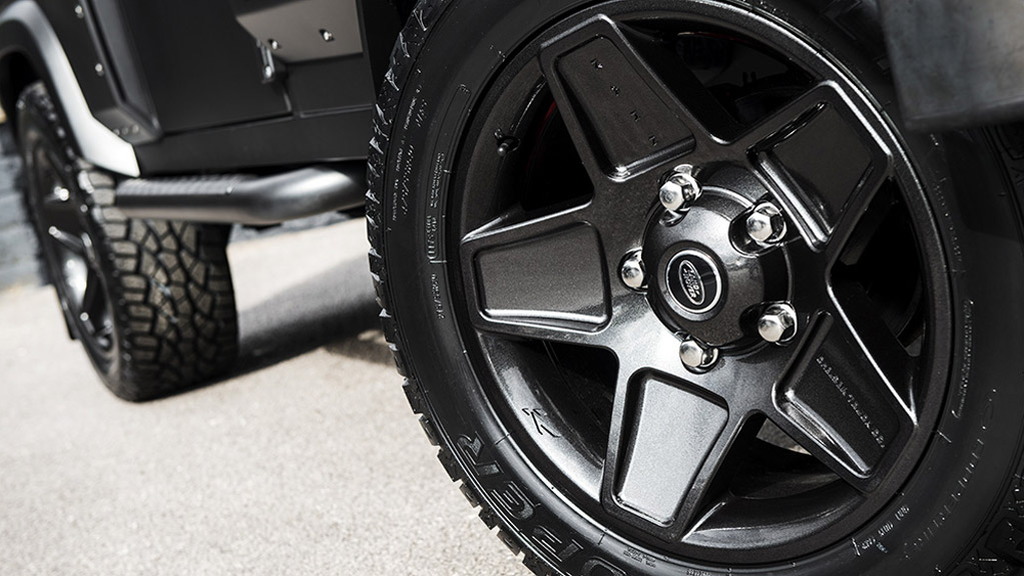 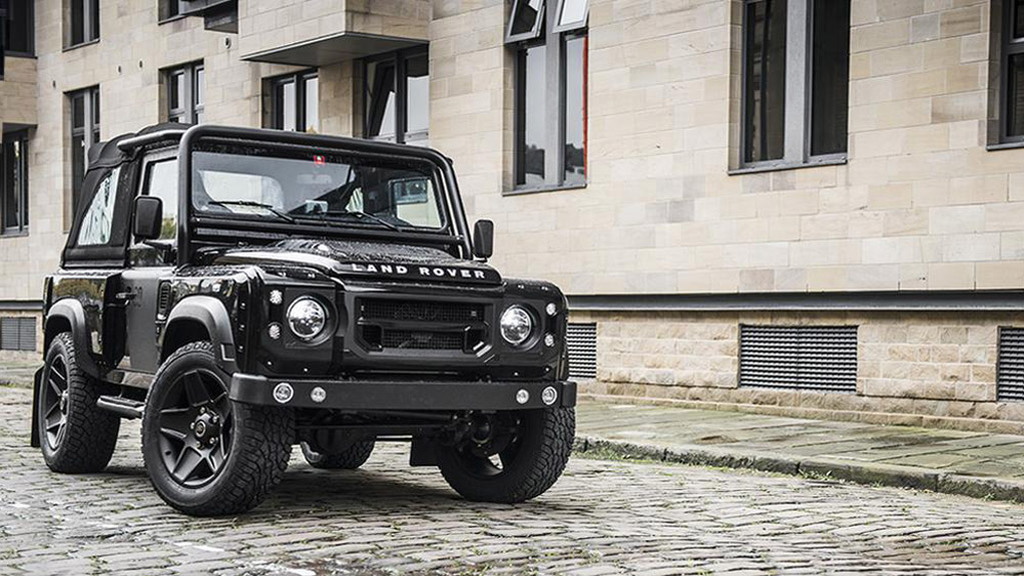 Following the reveal of the Land Rover Defender-based 105 Longnose and 110 WB 6x6 Flying Huntsman SUVs at the 2015 Geneva Motor Show, British coachbuilder and nascent automaker Kahn Design has added a pickup to its Flying Huntsman family, the aptly named Flying Huntsman 105 Pick Up. Today, we have more photos of the beauty.

The Flying Huntsman is a unique version of the Defender that comes with a stretched wheelbase, which in addition to altering the proportions of the Land Rover icon also enables Kahn’s engineering team to shoehorn a V-8 engine under the hood. The “105” in the name signifies that there’s now a 115-inch wheelbase, up on the standard Defender 90 model’s 93-inch wheelbase, with all of that extra length found in front of the windshield.

While the team chose a V-8 for the previous Flying Huntsman SUVs, the new pickup variant gets a 2.2-liter diesel mill. Drive is to all four wheels via a button-operated six-speed automatic transmission. Brake and suspension upgrades, plus an increase in vehicle width by almost 6.0 inches, complete the engineering overhaul.

On the outside, the designers added custom fenders with vents and bolt apertures that give the vehicle an aggressive look. The wheels are Kahn’s own Defend 1945 Retro pattern finished in matte black and measuring 18 inches across. A bit of additional personalization is found in the form of a gold stripe.

Pricing for the Flying Huntsman 105 Pick Up starts at £58,875 (approximately $89,216) before taxes. Note, if you prefer your coachbuilt cars to be a bit sportier, Kahn Design has just revealed its own take on the Aston Martin DB9: the WB12 Vengeance.