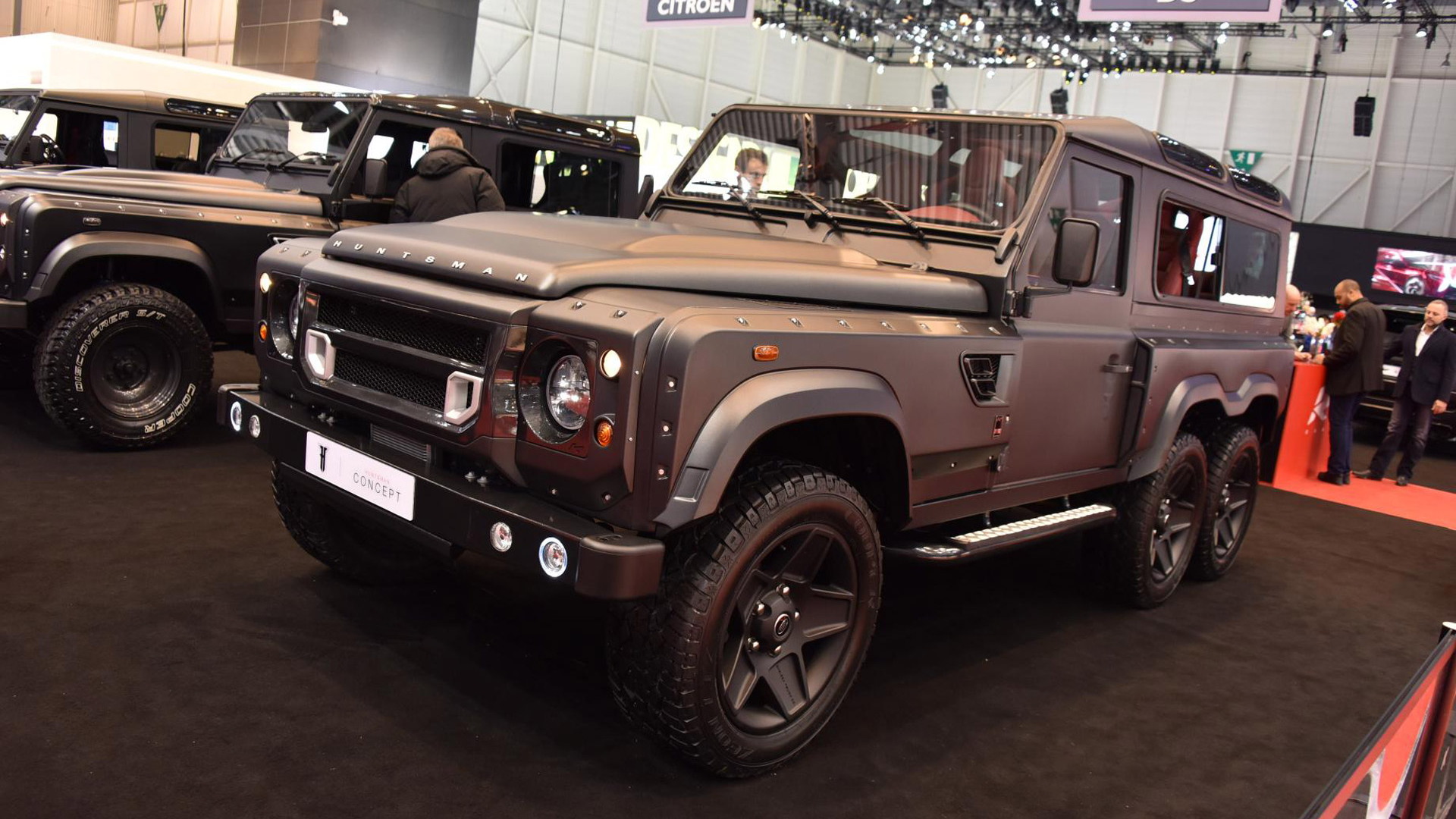 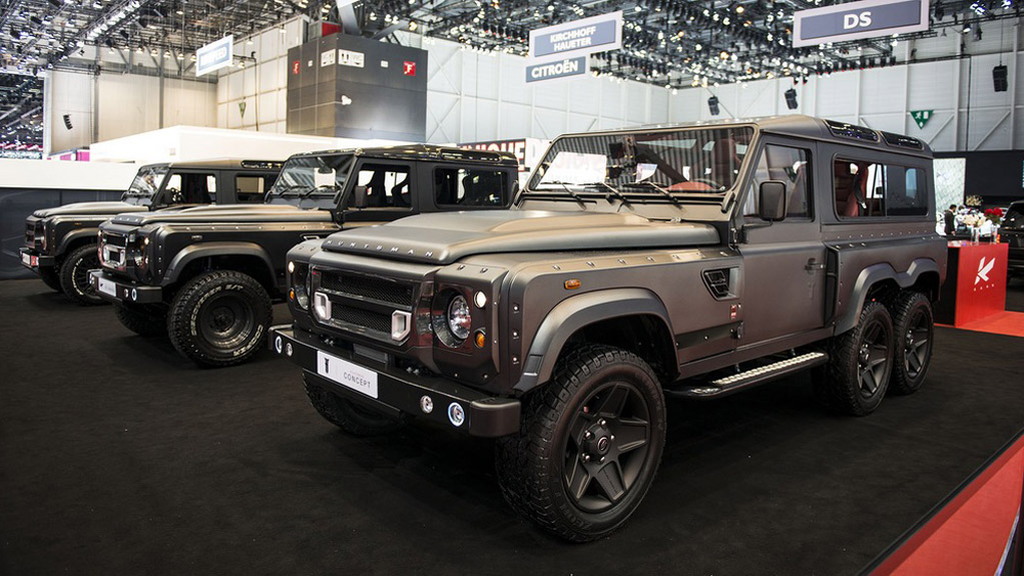 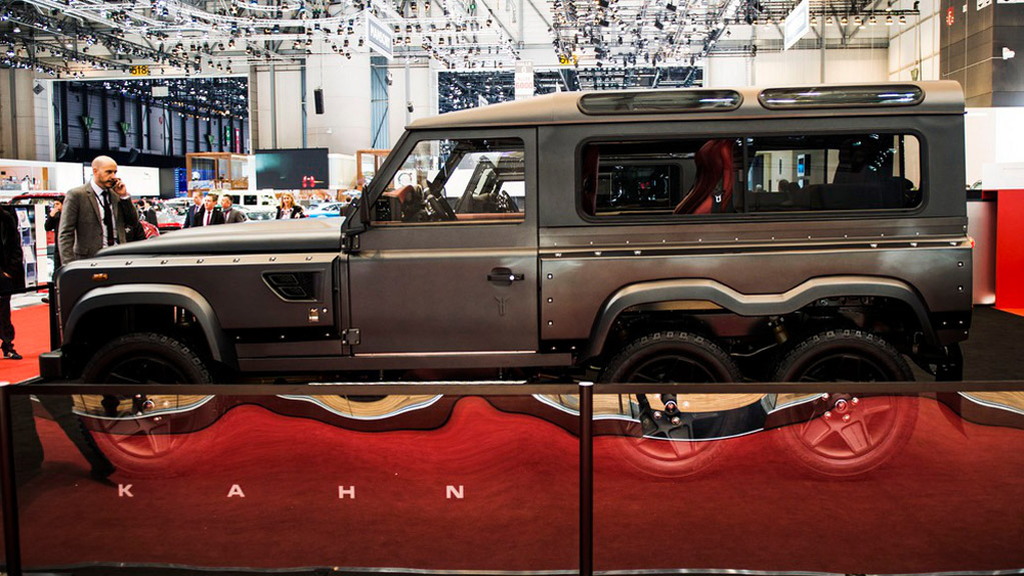 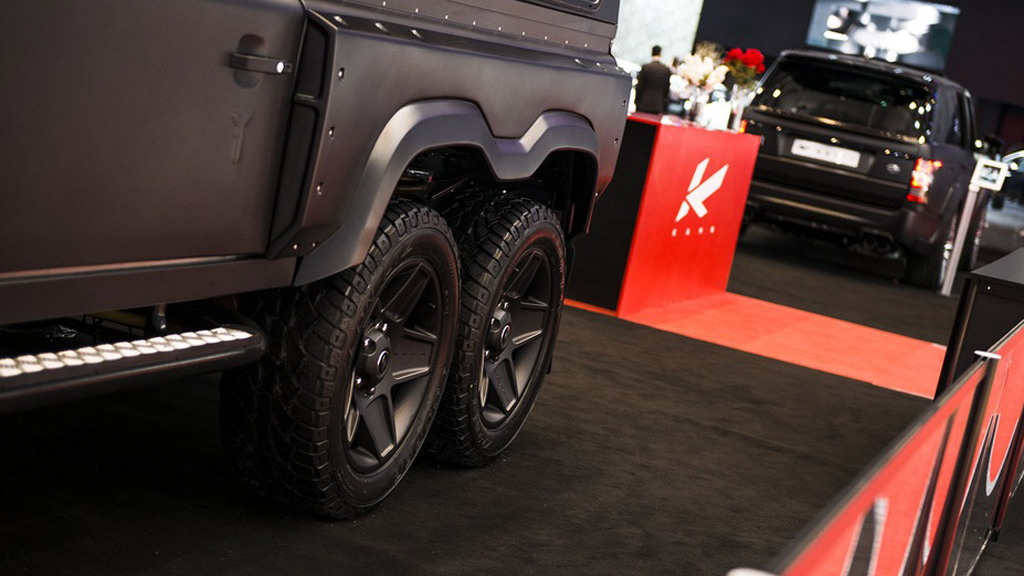 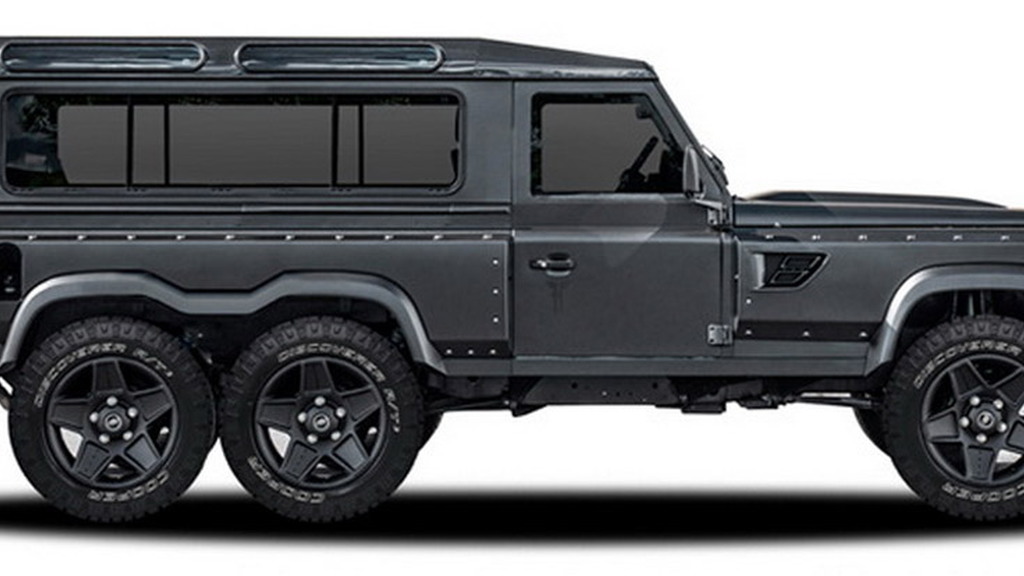 Just as Mercedes-Benz’s awesome G63 AMG 6x6 bows out of production, bespoke British outfit A. Kahn Design has saved the day with the promise of a six-wheeled version of the G-Class’ natural enemy, the Land Rover Defender. A. Kahn Design has been branching out beyond its tuning roots and building whole cars in recent years, and one of its first major projects is a new Flying Huntsman family of vehicles based around the Defender.

The Flying Huntsman family made its world debut this week at the 2015 Geneva Motor Show, and to help kick off the launch is this six-wheeled monster. A four-wheeled version called the 105 Longnose (shown below) is also at the Swiss show, and will likely prove the more popular option among buyers only because it's the one that will actually fit in most garages. At present, the Flying Huntsman variants are still concepts but production of both is planned.

It’s the 6x6 that we’re most interested in, however. Officially labeled a “Flying Huntsman 110 WB 6x6”, the vehicle is powered by a 6.2-liter LS3 V-8 sourced from General Motors Company [NYSE:GM] and tuned to deliver 430 horsepower. The engine is mated to a six-speed automatic transmission and powers all six wheels thanks to a number of drivetrain upgrades including multiple locking differentials.

To fit the mechanical package, the basic Defender silhouette needed to be lengthened by 1,200 millimeters and widened by 150 mm. The windscreen rake has been increased, and the rear door widened along with the front doors increased length to allow improved entry and egress. A full panoramic roof extends from the B pillars to the rear of the cabin. Brake and suspension upgrades, plus a high-low drive system, complete the engineering overhaul.

There’s no word on pricing but a hefty premium over the 105 Longnose’s 125,000 (approximately $192,000) starting price is expected. From there, A. Kahn Design offers up an almost infinite list of options including armor protection up to the B7 standard.

Beyond this 110 WB 6x6 and the 105 Longnose, A. Kahn Design is considering additional Flying Huntsman variants including a pickup. The company is also looking at more powerful engines, one of which being considered is the Ford Motor Company’s [NYSE:F] 5.0-liter V-8 found in the Mustang.