Koenigsegg has just introduced a second vehicle line for the first time with its electrified Regera, which made its debut last week at the 2015 Geneva Motor Show. The Regera delivers more than 1,500 horsepower from an innovative drivetrain combining an internal combustion engine with a trio of electric motors and a gearless transmission called the “Direct Drive”.

However, this second model, which joins the existing Agera line of cars, is still a supercar. But Koenigsegg doesn’t see itself as an exclusive maker of supercars; in fact, the company may even end up launching a four-door model.

The information was revealed by the company’s CEO and founder Christian von Koenigsegg during an interview with Top Gear.

"Yes, I can imagine a car like that," von Koenigsegg replied when quizzed about a four-door model. "Maybe within the next five years, possibly earlier than that." 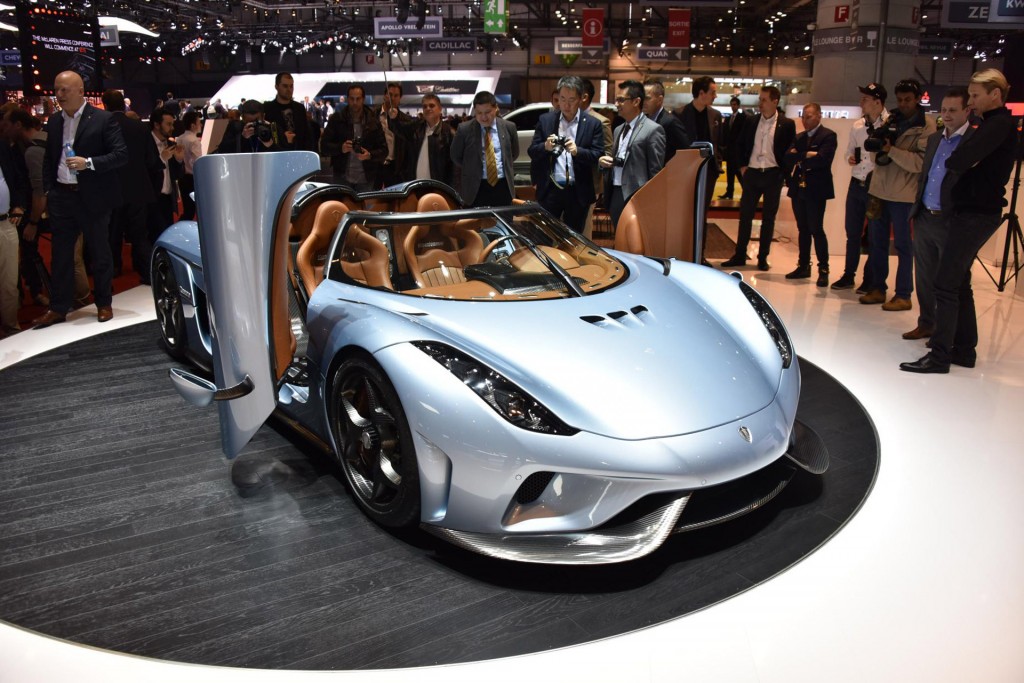 This isn’t the first time that Koenigsegg has been linked with a four-door model. Koenigsegg previously worked with nanoFLOWCELL founder Nunzio La Vecchia on a sedan concept powered by a flow cell-based electric drivetrain. And more recently, von Koenigsegg heaped praise on a Tesla Motors [NSDQ:TSLA] Model S he bought.

During the interview, von Koenigsegg also revealed that he doesn’t plan to compete with entry-level supercars like the Ferrari 488 GTB and McLaren Super Series because he considers there to  be too many offerings in that segment already. He also said that his company’s cam-less engine technology is still in the works and may even be licensed to some major OEMs.

He also has no plans to go into motorsport unless the regulations change. At present, Koenigsegg would have to compete against other production-based race cars, where balance of performance regulations and production volumes for homologation purposes simply makes motorsport unviable. Don’t forgot, Koenigsegg builds less than a dozen cars in a year, although with the Regera coming online the number may increase to around 22 cars per year.