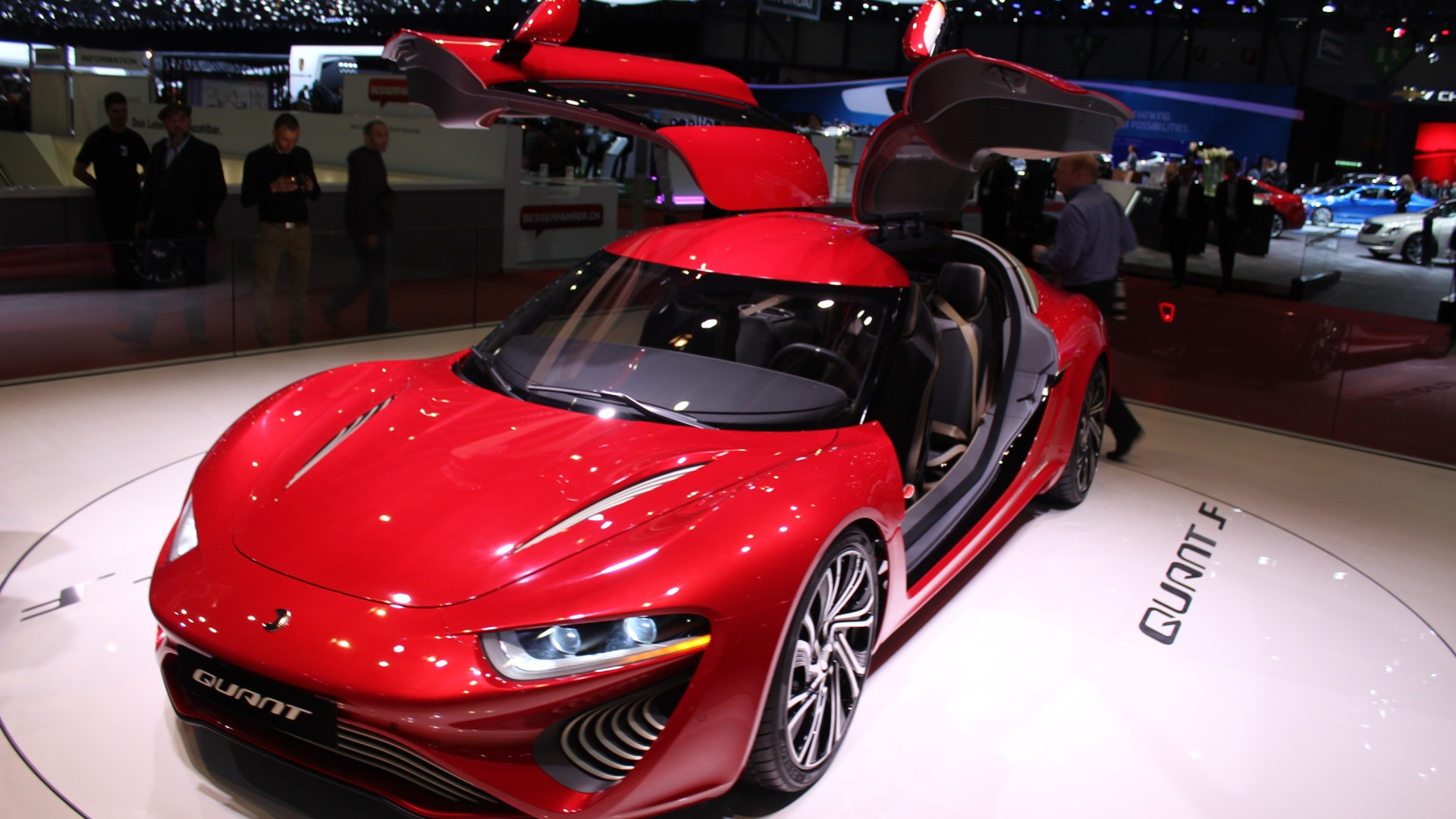 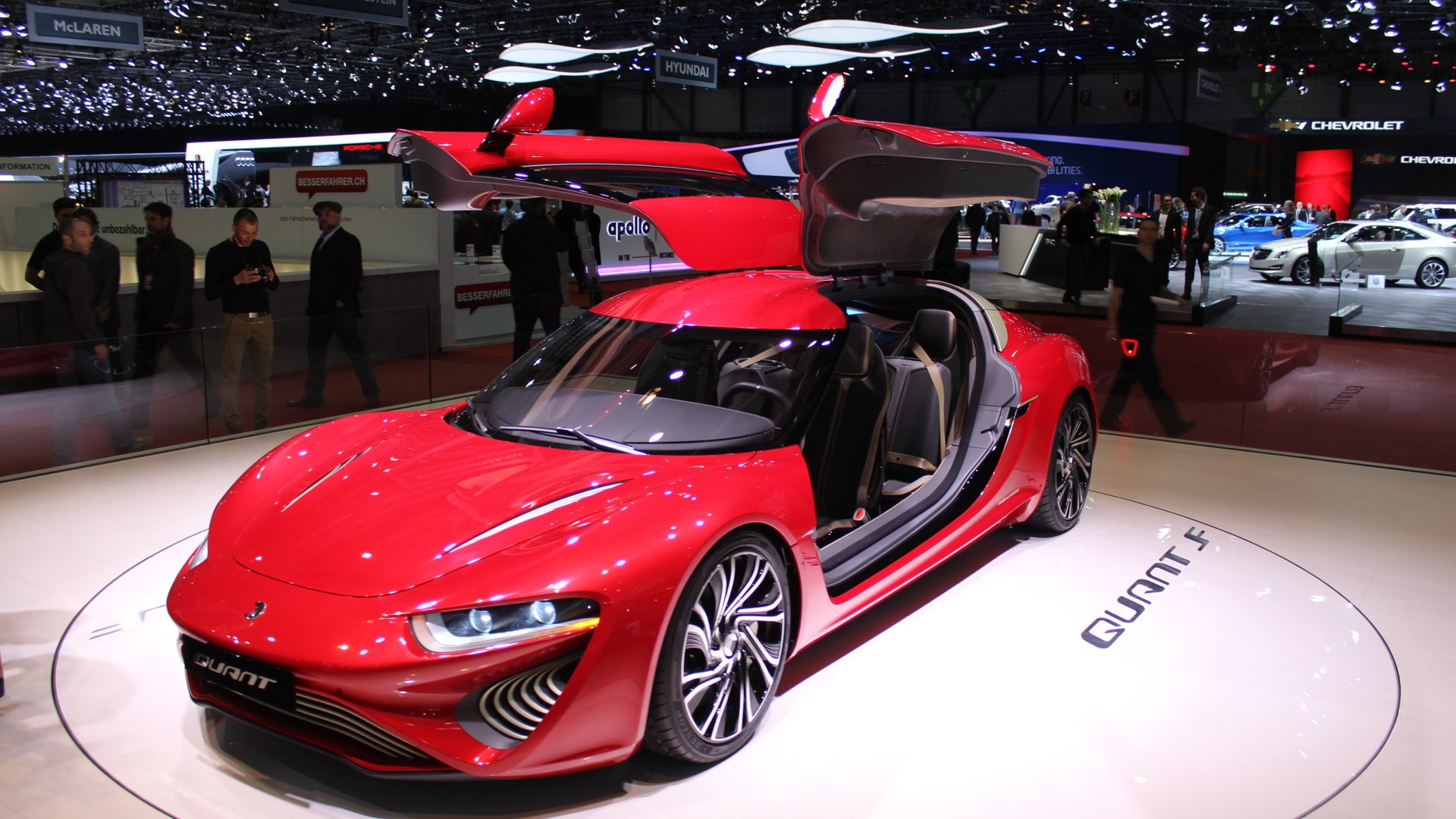 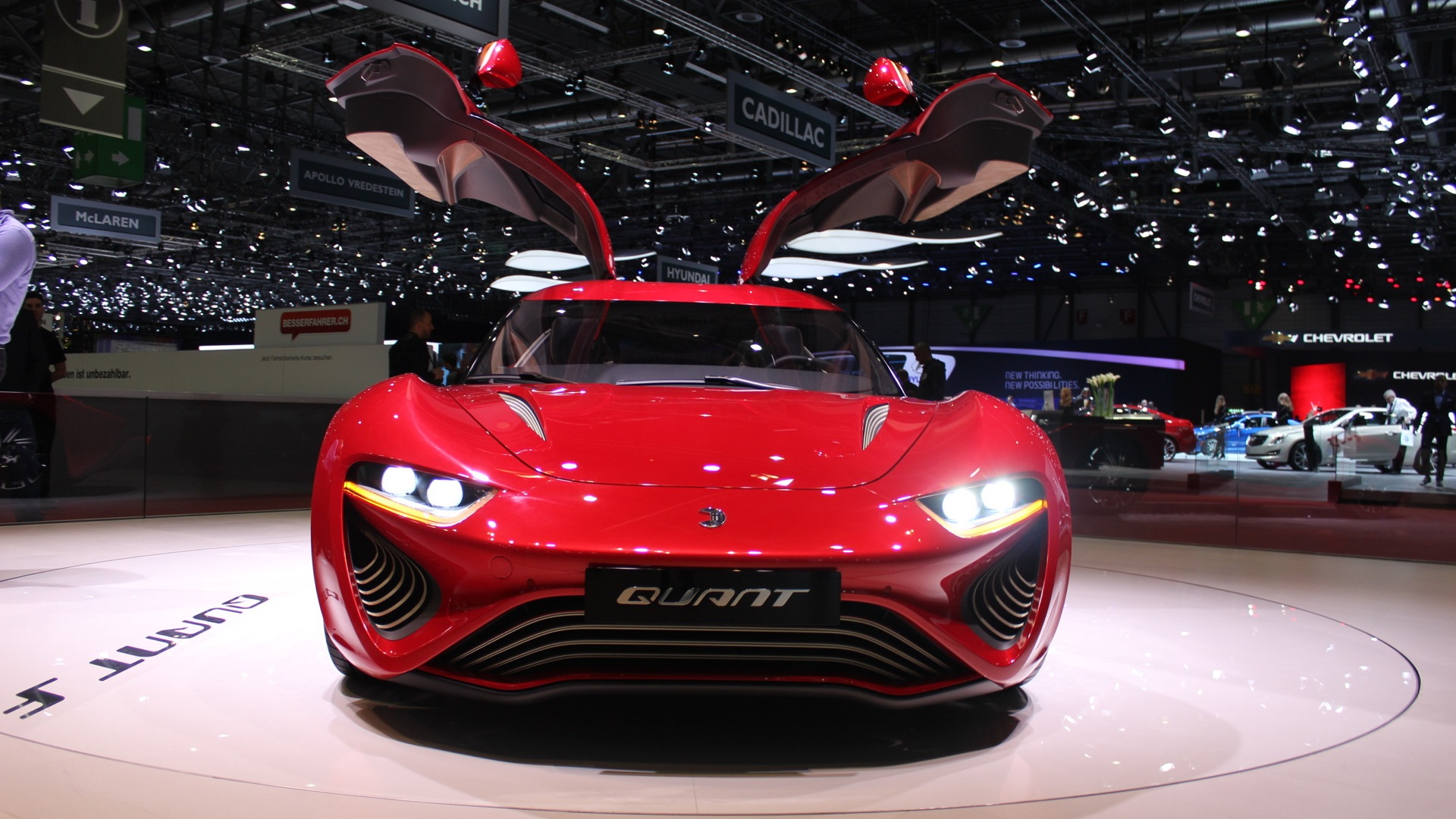 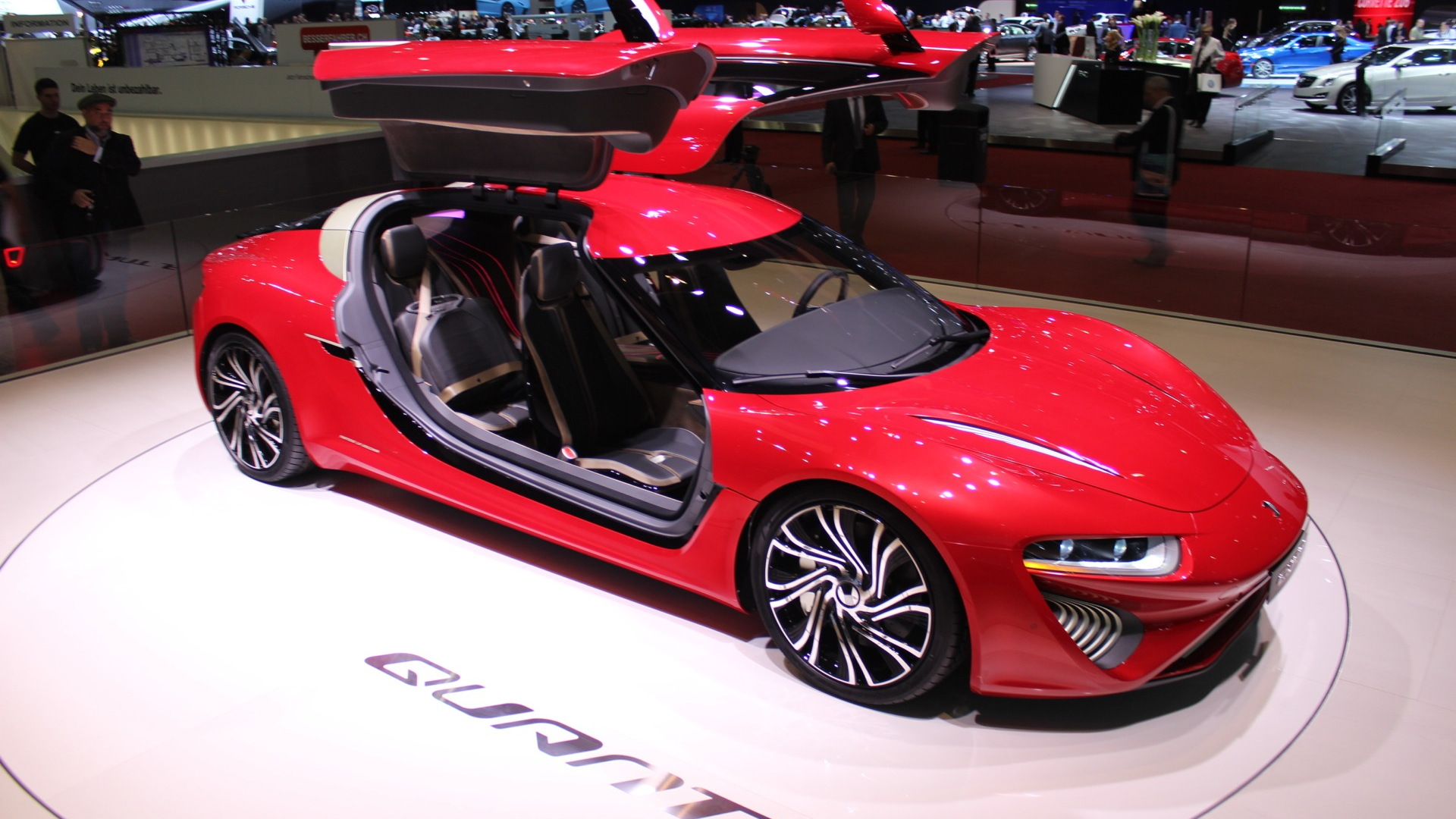 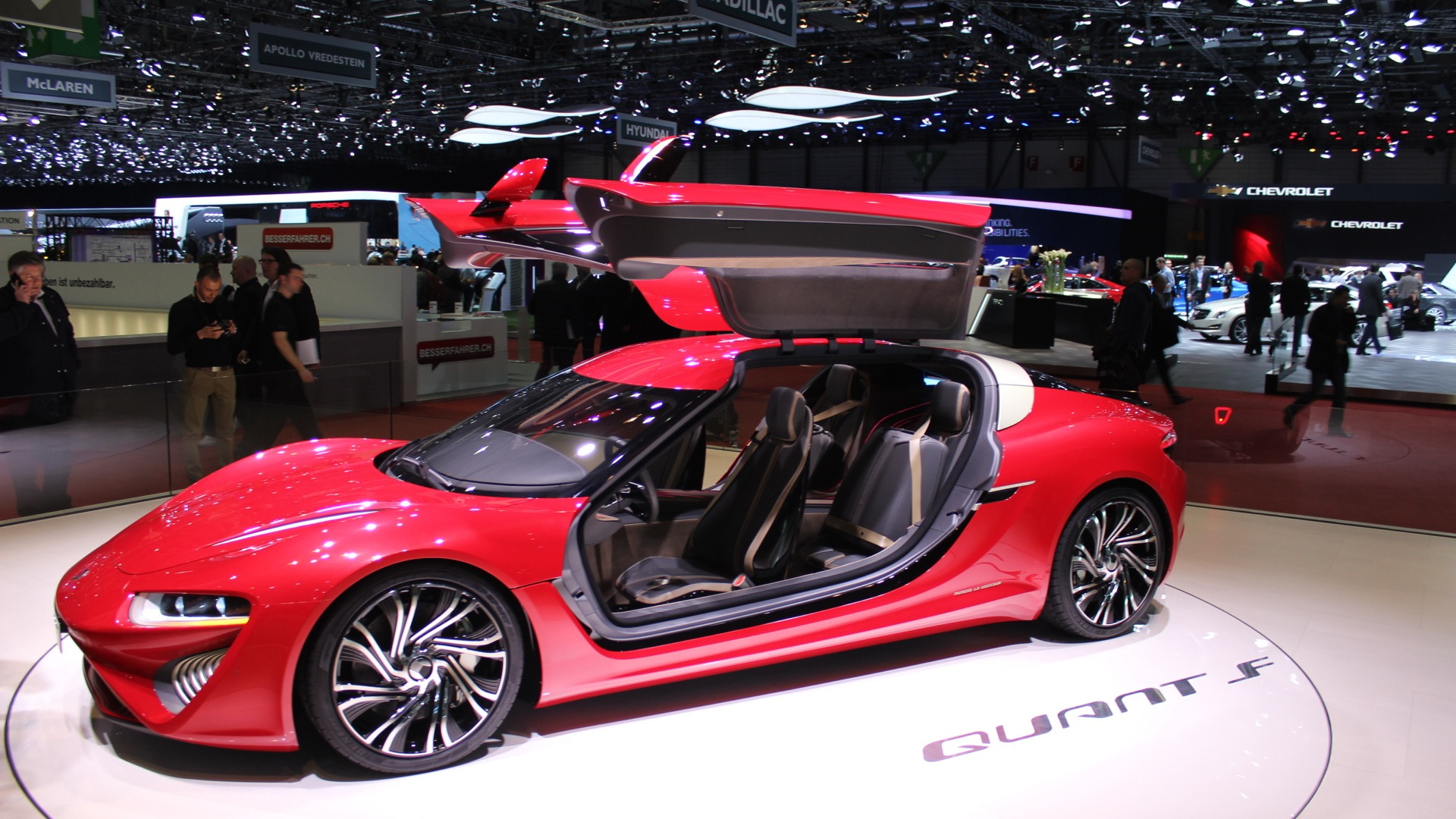 47
photos
A year ago, a little known startup by the name of nanoFLOWCELL showed off an electric sedan concept that was powered by energy stored in a device called a flow cell. A flow cell combines characteristics of a traditional chemical battery and more advanced fuel cells, and according to nanoFLOWCELL it promises to offer the long driving range and short refueling time of a conventional internal combustion car.

The key is the rechargeable "electrolyte" fluid that the energy is stored in. This charged (one batch positive and the other negative) liquid, also called an "ionic" liquid, is circulated around two cells mounted side-by-side inside the car. Between these cells is a membrane that allows electrons to pass through in a process known as “cold burning”. The electrical current generated from this flow of electrons can be used to power a vehicle—and that's exactly how the sedan, known as the “Quant”, is powered.

Whether nanoFLOWCELL's technology is legit remains unclear, because the company is yet to allow independent testing of its cars or provide details on the internal workings of its flow cell design. However, the company has made a number of major strides. More recently, it’s managed to gain engineering giant Bosch as one of its backers, it’s received approval from the German government to test prototypes on public roads, and it’s formed a subsidiary company to start production of its future lineup.

Now, nanoFLOWCELL has unveiled a working prototype of its Quant sedan as well as a second, smaller concept called the “Quantino” at the 2015 Geneva Motor Show. The Quant prototype is called the “Quant F” and is said to have a driving range of almost 500 miles on a full load of electrolyte fluid. Its peak output is an incredible 1,075 horsepower, enough for 0-62 mph acceleration in 2.8 seconds and a top speed in excess of 186 mph. However, this level of performance is said to be for demonstration of the technology’s potential and will be reduced for production.

According to Nunzio La Vecchia, the mastermind behind nanoFLOWCELL, the incredible performance is made possible due to a capacitor-based “buffer system” that allows up to 2,000 amperes when full performance is needed. Normally, around 50 amperes is continuously fed into the system.

"To our knowledge, no-one has ever before put a system delivering over 2,000 amperes on the road in a passenger car,” La Vecchia said in a statement. “We achieve this by combining our flow battery with the new buffer system.”

As for the Quantino, it’s essentially a smaller, less powerful version of the Quant. Despite carrying less of the electrolyte fluid than the Quant (500 liters versus 350 liters), the Quantino is said to be capable of driving as much as 620 miles. Its top speed, meanwhile, is 124 mph. nanoFLOWCELL says a prototype Quantino will start testing on public roads later this year.

“It is not just a concept vehicle—it will become reality in the course of this year,” La Vecchia said. “We will be driving the Quantino in 2015 and we aim to attain approval for road use very quickly."

Interestingly, nanoFLOWCELL is already looking beyond the automotive sector for the application of its technology. Other sectors being considered are aerospace, railways and shipping, road haulage, housing construction and building services. But to expand, the company will need funding, which is why it’s considering an IPO. We sure do hope the technology doesn’t turn out to be vaporware, especially for the sake of anyone choosing to invest in nanoFLOWCELL.

For more Geneva Motor Show coverage, be sure to visit our dedicated hub.