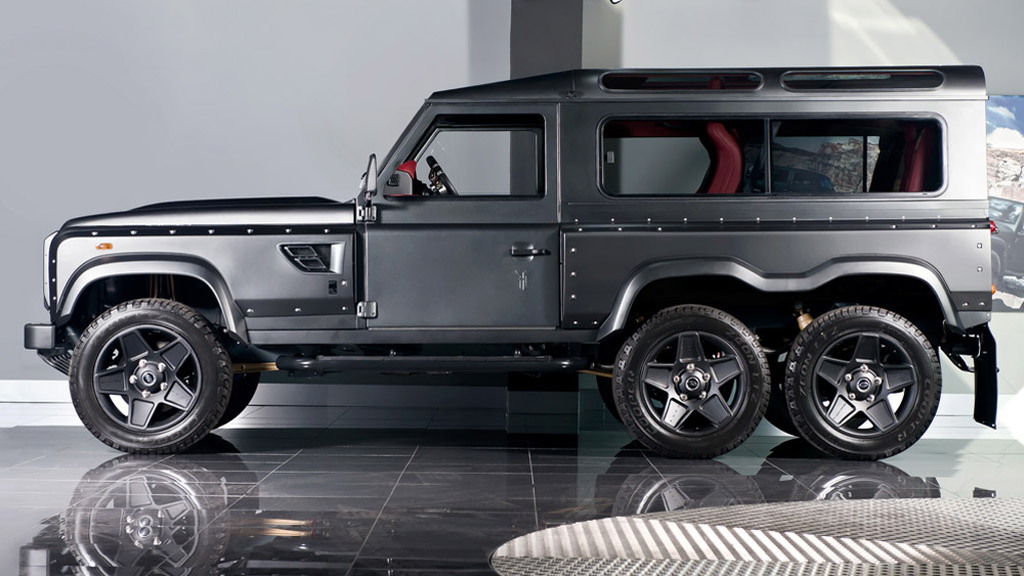 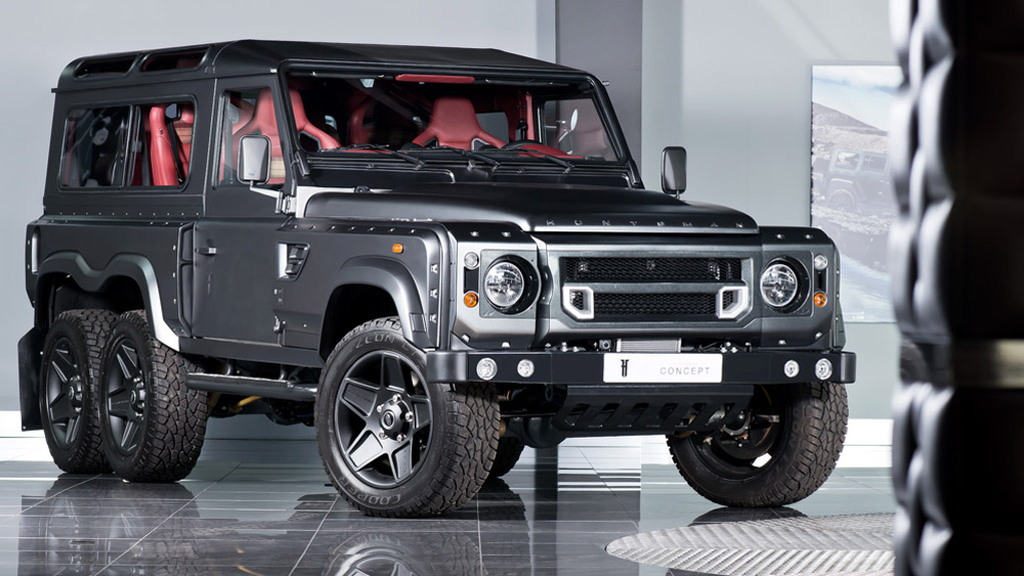 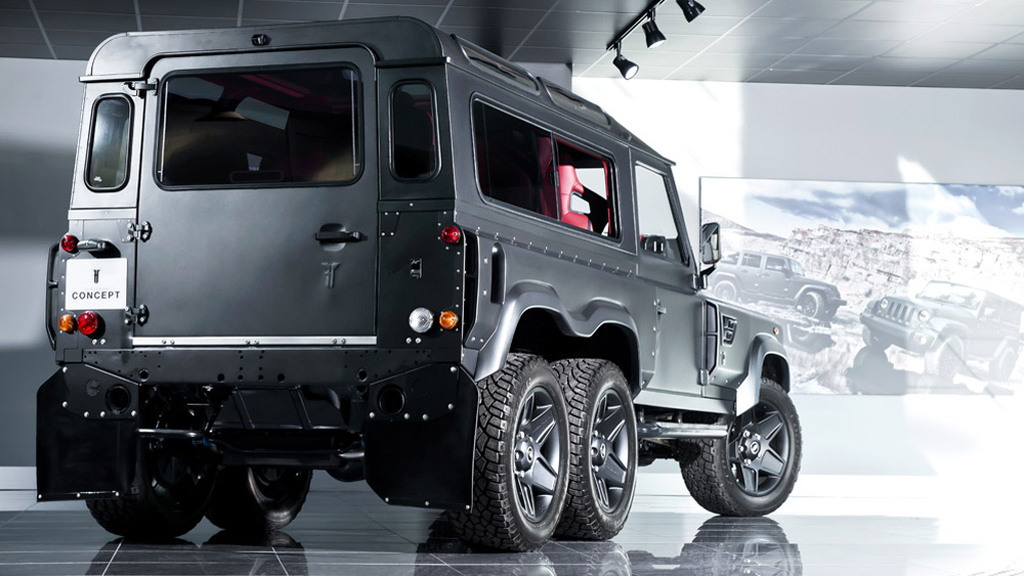 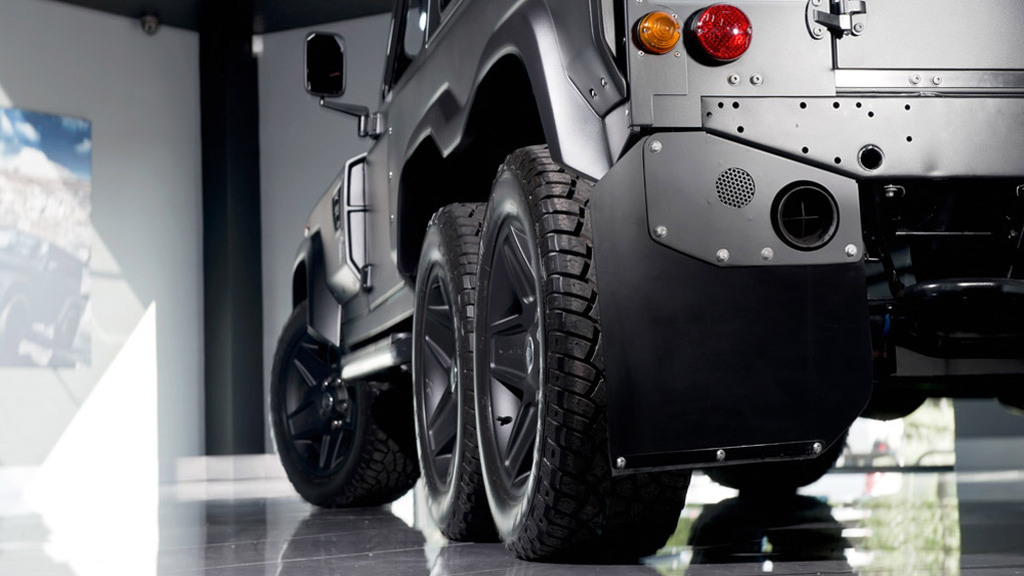 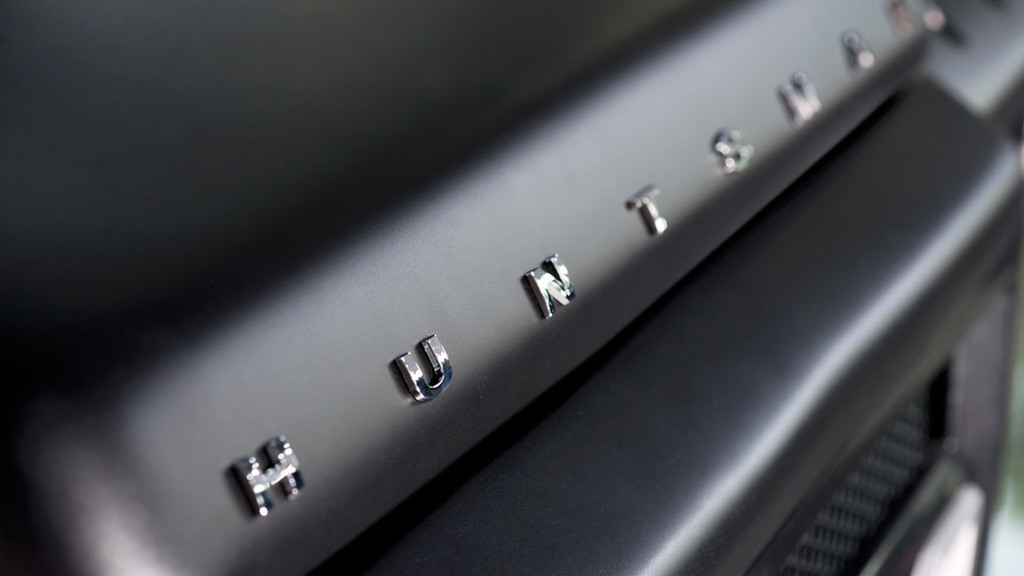 Fresh from its debut at March’s Geneva Motor Show, Kahn Design’s insane Flying Huntsman 110 WB 6x6 based on the iconic Land Rover Defender is now up for sale, and the very first example, marked the “Prototype Mission 1”, can be yours for £199,875 (approximately $309,835). That’s significantly less than what you had to pay for Mercedes-AMG’s G63 6x6, yet Kahn Design’s own six-wheeler is no less dramatic.

The vehicle is the flagship of Kahn Design’s new Flying Huntsman range of coachbuilt Defenders. The range includes the 105 Longnose and 105 Pick Up, and all feature an aggressive look accented with signature Kahn enhancements liked the bolted-on panels and satin paint finish. The 105 Longnose can be had for £125,000 ($193,425) and the 105 Pick Up can be had for just £58,875 ($91,090), making it a bit of a bargain.

As for this 110 WB 6x6, it’s powered by a 6.2-liter LS3 V-8 sourced from General Motors Company [NYSE:GM]. The engine is paired with a six-speed automatic, and has seen its output upped to 500 horsepower. Drive, as the vehicle’s name infers, is to all six wheels.

Inside, Kahn Design’s craftsmen have added sports seats lined in quilted and perforated leather with a bright red finish. Other trim materials include Harris tweed and Alcantara. You also get a panoramic sunroof, custom sill plates and special badging.

As this was the example Kahn Design used at a recent string of promotional events, the vehicle also includes a bit more than your normal delivery miles. At the time of the writing, there are 250 miles on the odometer.