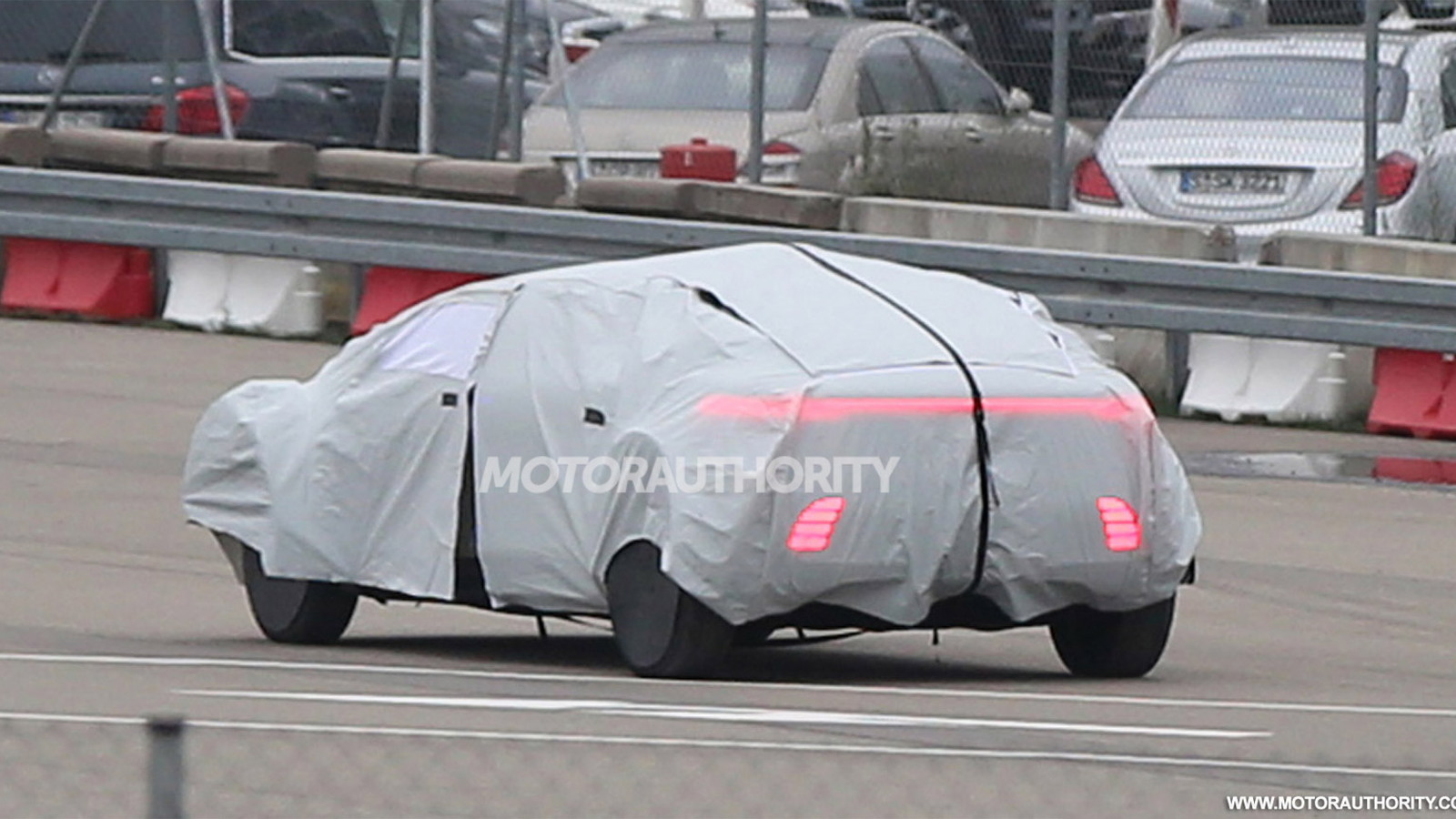 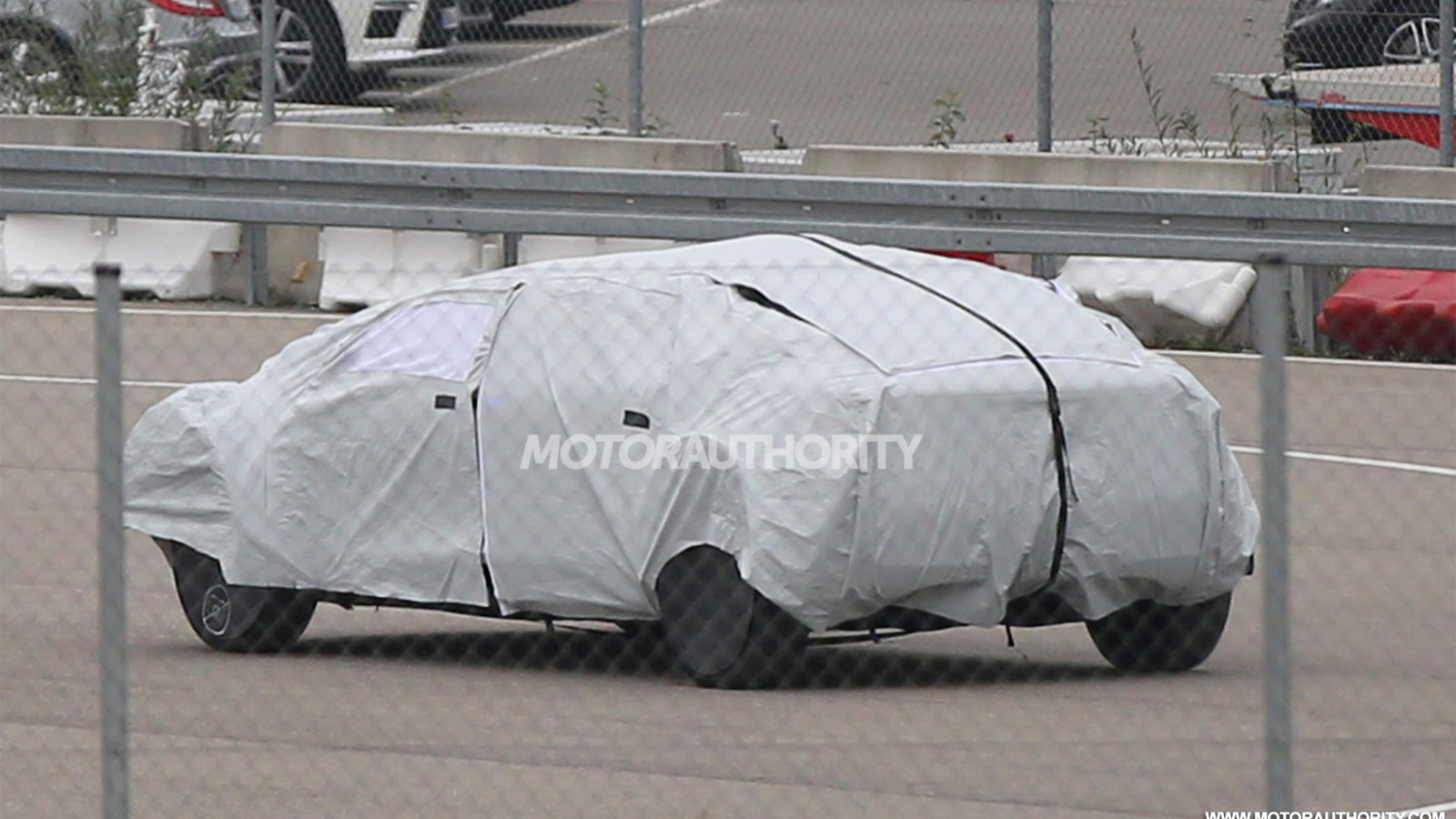 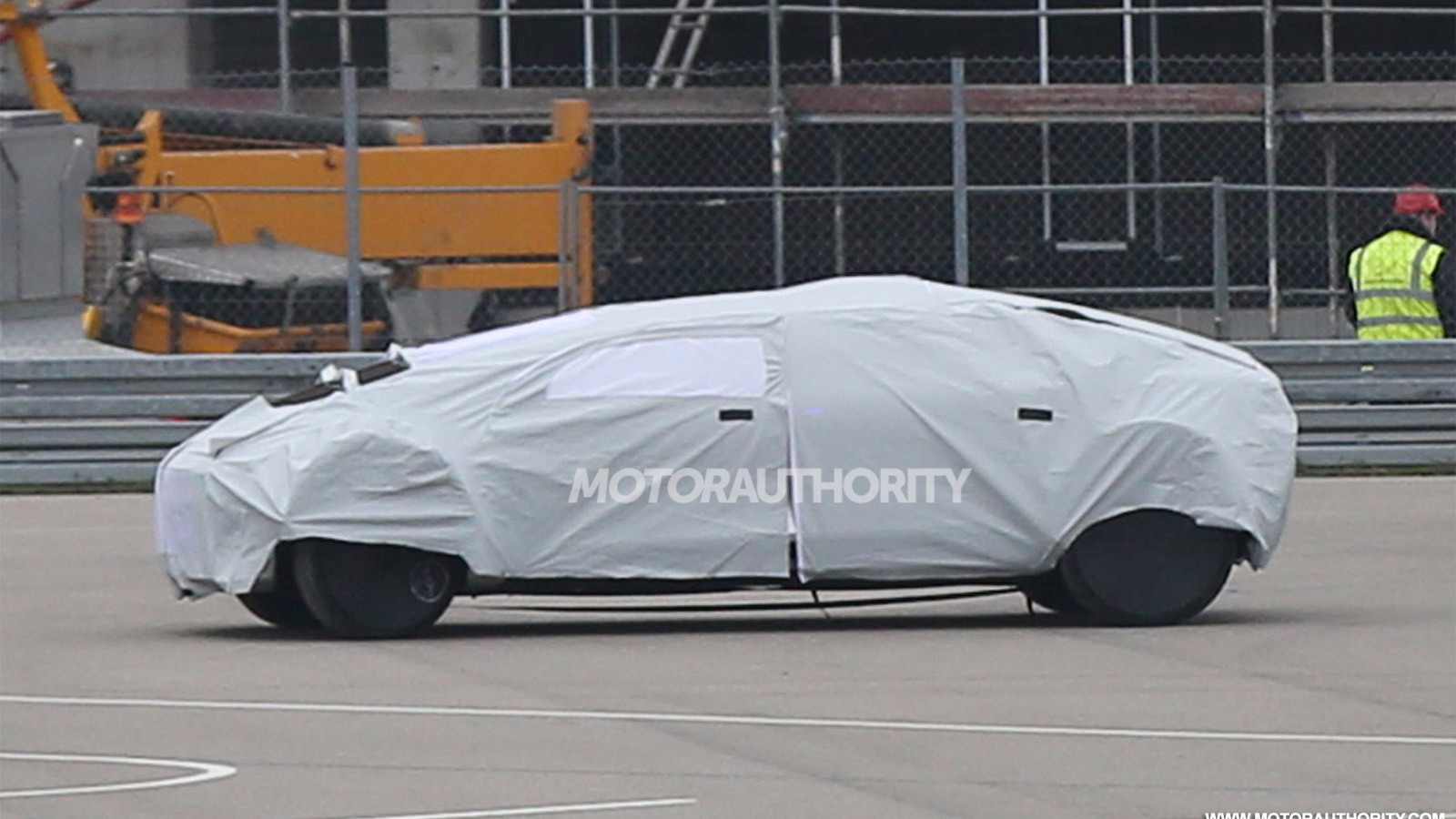 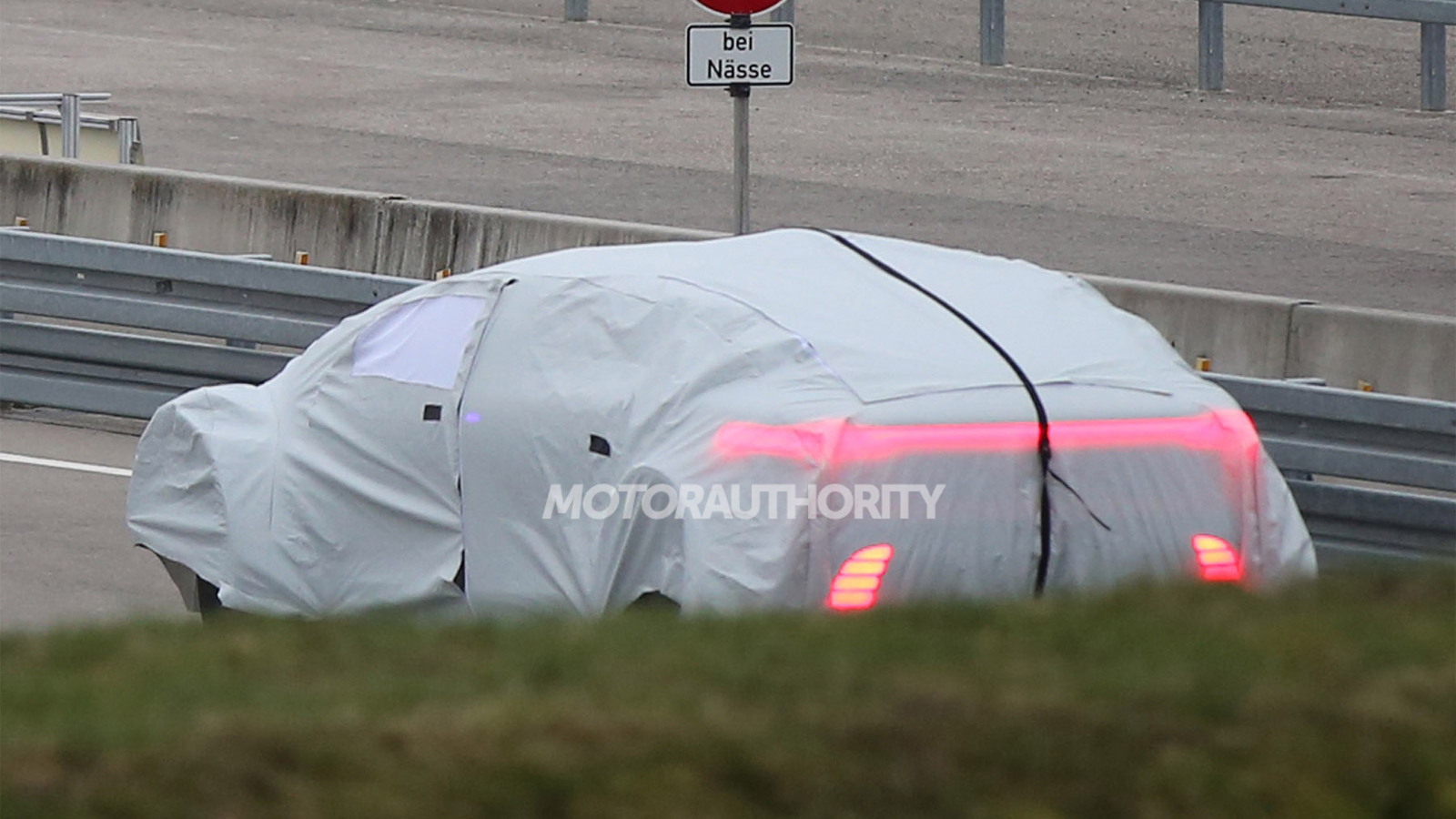 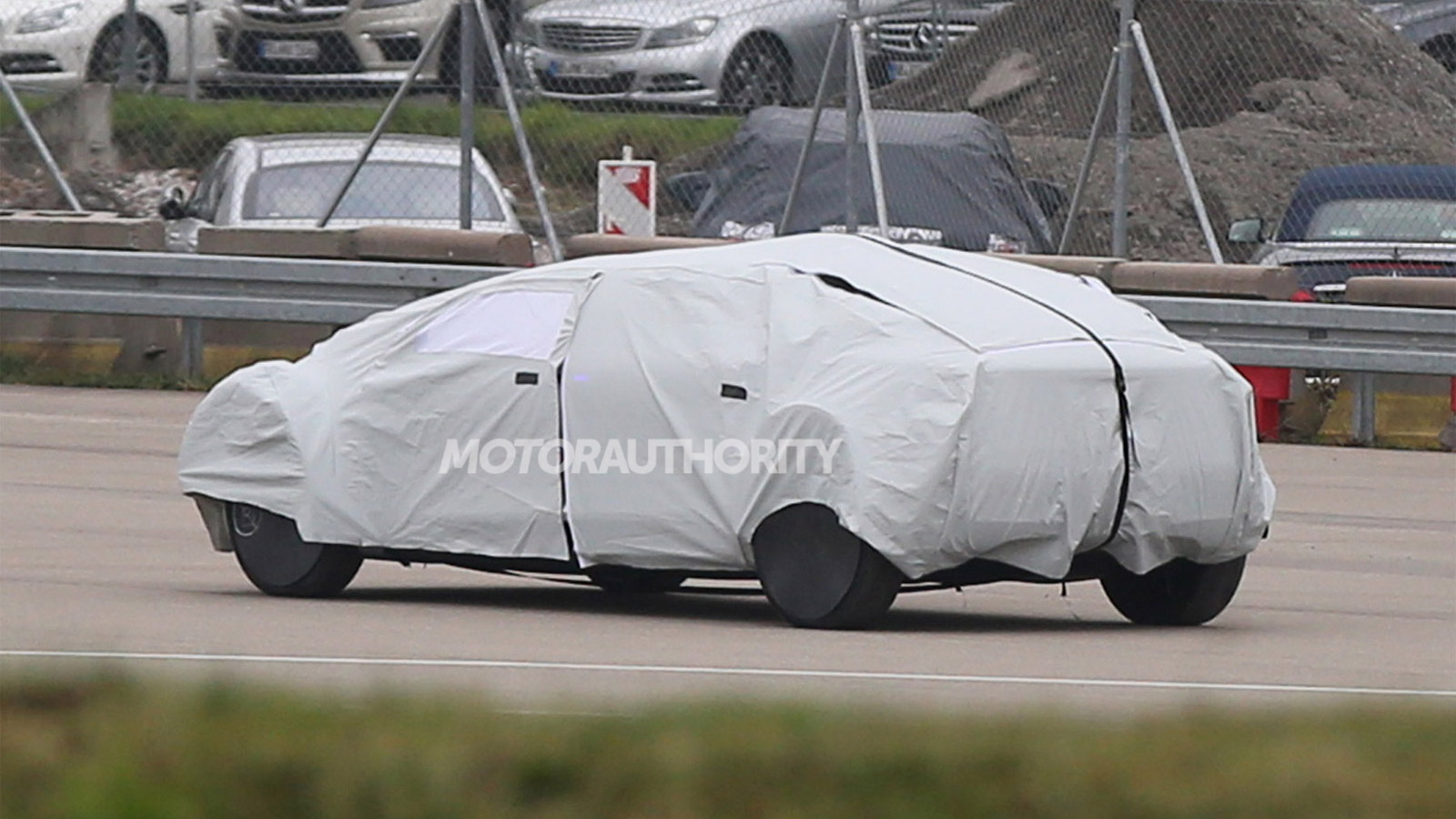 9
photos
Mercedes-Benz is scheduled to unveil a new concept car at the 2015 Consumer Electronics Show in early January, which the automaker is hoping will drive the social discourse on mobility and the design of the urban environment ahead—primarily in the area of autonomous cars. We’ve already been given a preview of the concept’s interior, which looks more like a lounge than the cabin of a car, and now we have some spy shots showing the exterior.

The concept is heavily masked but we can make out the general shape and see the design of its tail-lights, which looks to feature the long bar of lights that have appeared on recent Mercedes concepts such as the Concept SUV and G-Code. The proportions are certainly odd but this is to accommodate a new interior concept that Mercedes says would become possible in a world of autonomous cars.

Basically, with the driving duties being handled by the car itself, the interior could be transformed into a private area of retreat in urban traffic. The seats could face each other to create a lounge-like environment, and display screens could be used for entertainment purposes or to provide information about the vehicle's surroundings. You’ll notice that the concept is much wider than a normal car.

Like Google’s autonomous car, the cabin is expected to be devoid of a steering wheel. However, in contrast to the spartan look of the cabin in Google's car, the one in the Mercedes concept should be much more upmarket. It would appear that prestige will still have a place in a world where cars drive themselves.

An alternative powertrain is almost certain, though whether this is a battery-powered setup or one with a hydrogen fuel cell remains to be seen. Efficiency will be a key aspect of the concept as well, as indicated by its aerodynamic shape and skinny tires.

The concept will be presented on January 5 at CES by Daimler CEO Dieter Zetsche who is scheduled to deliver a keynote address at the event. Stay tuned for the full reveal.