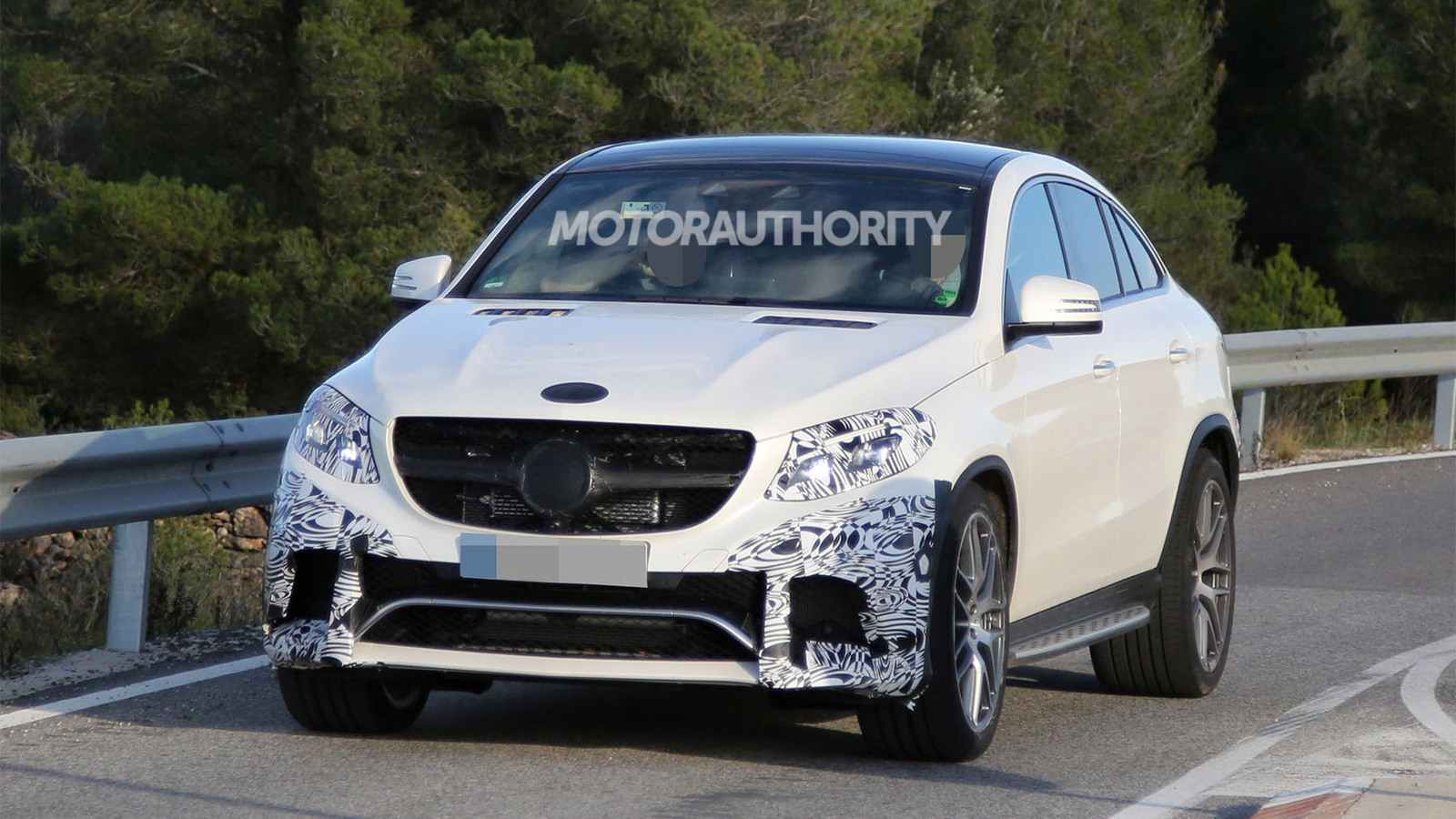 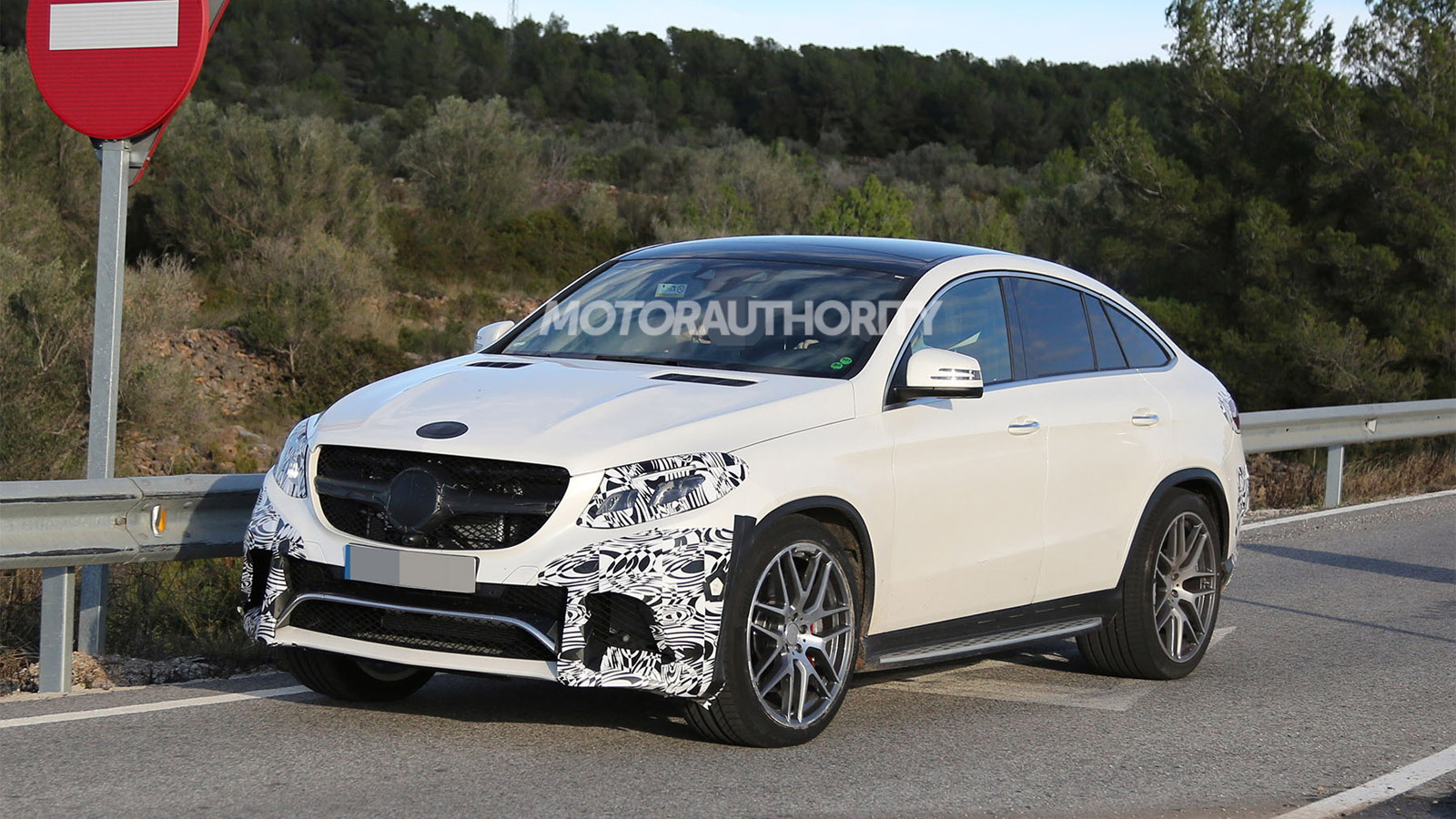 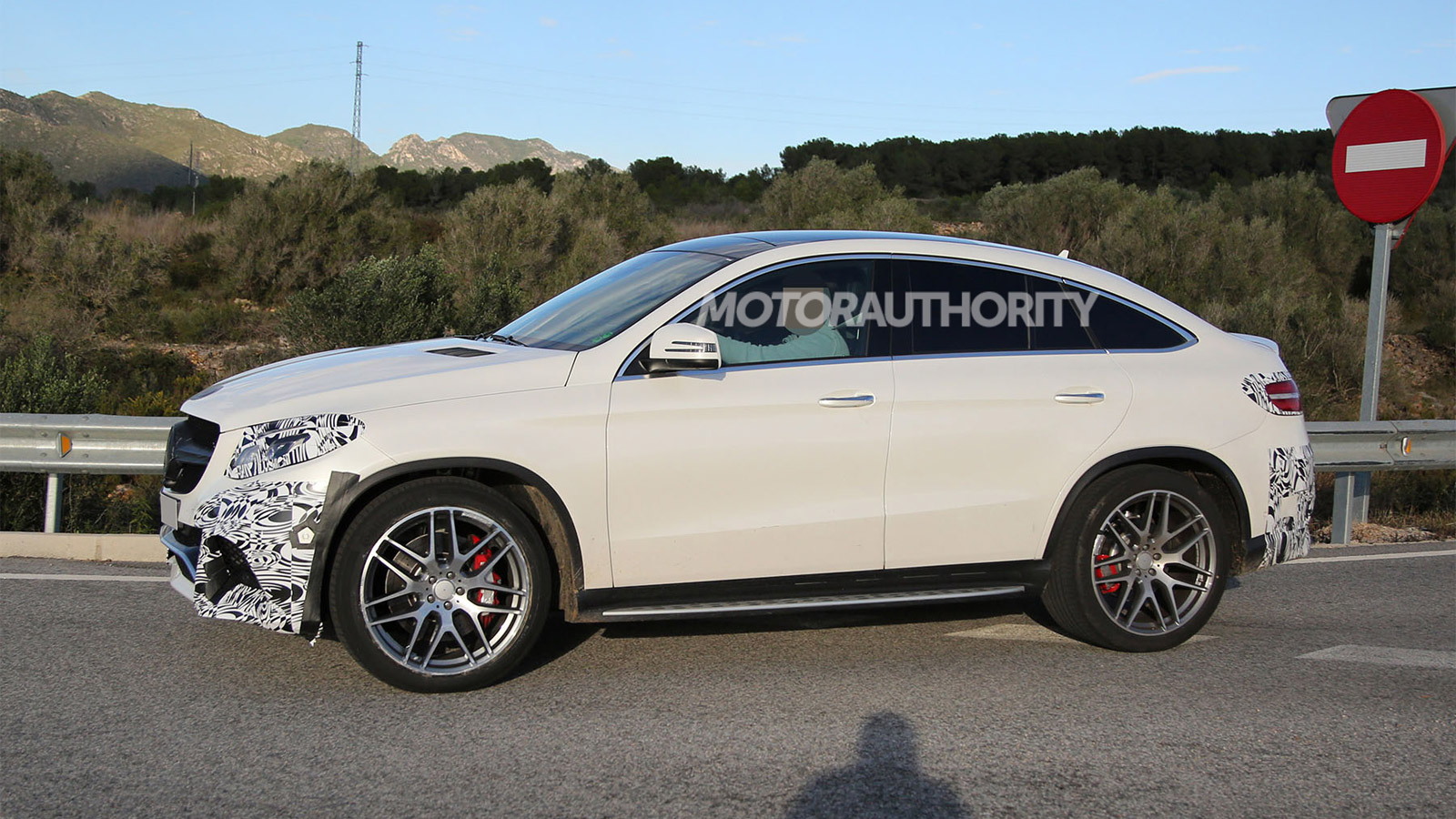 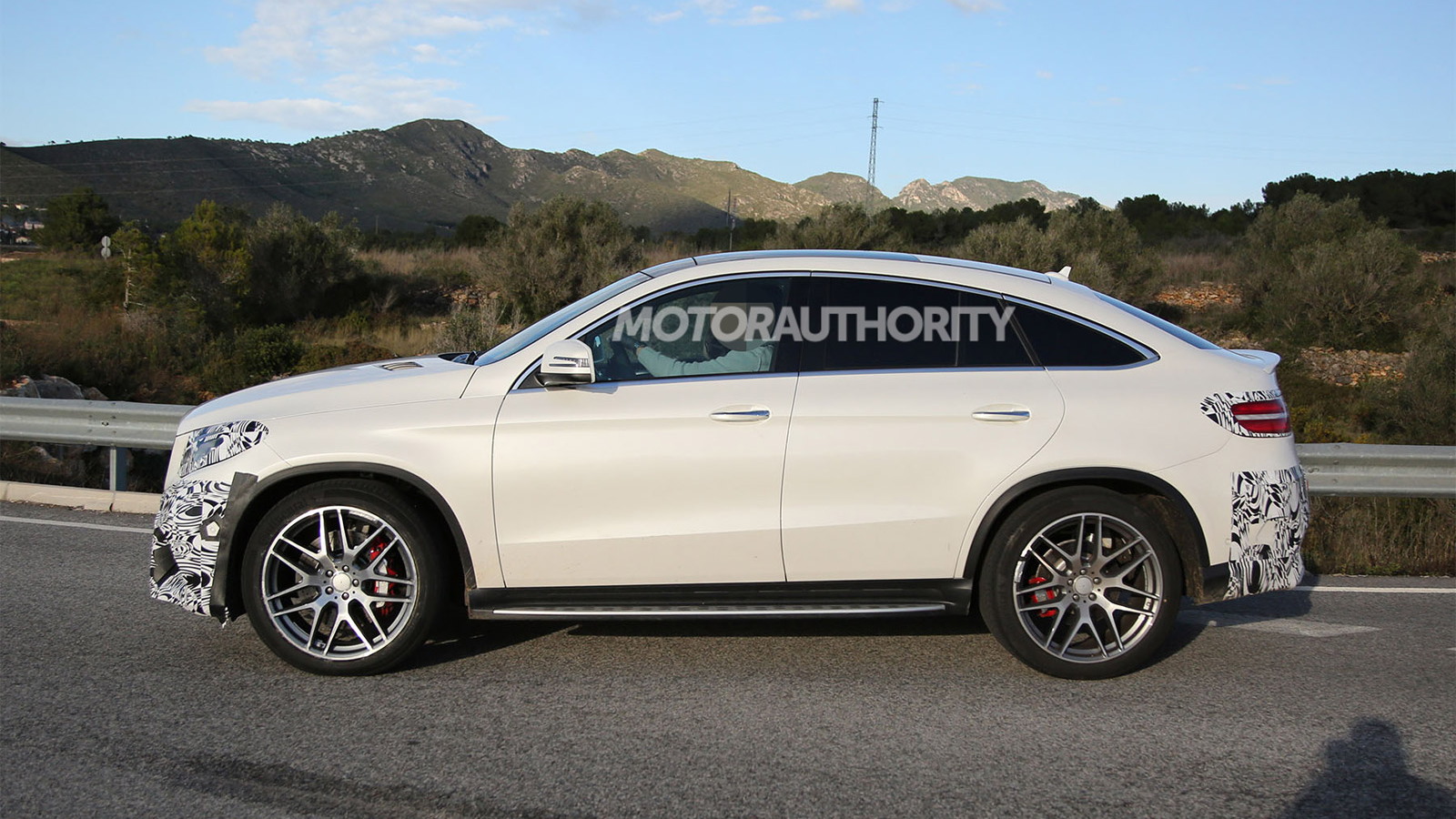 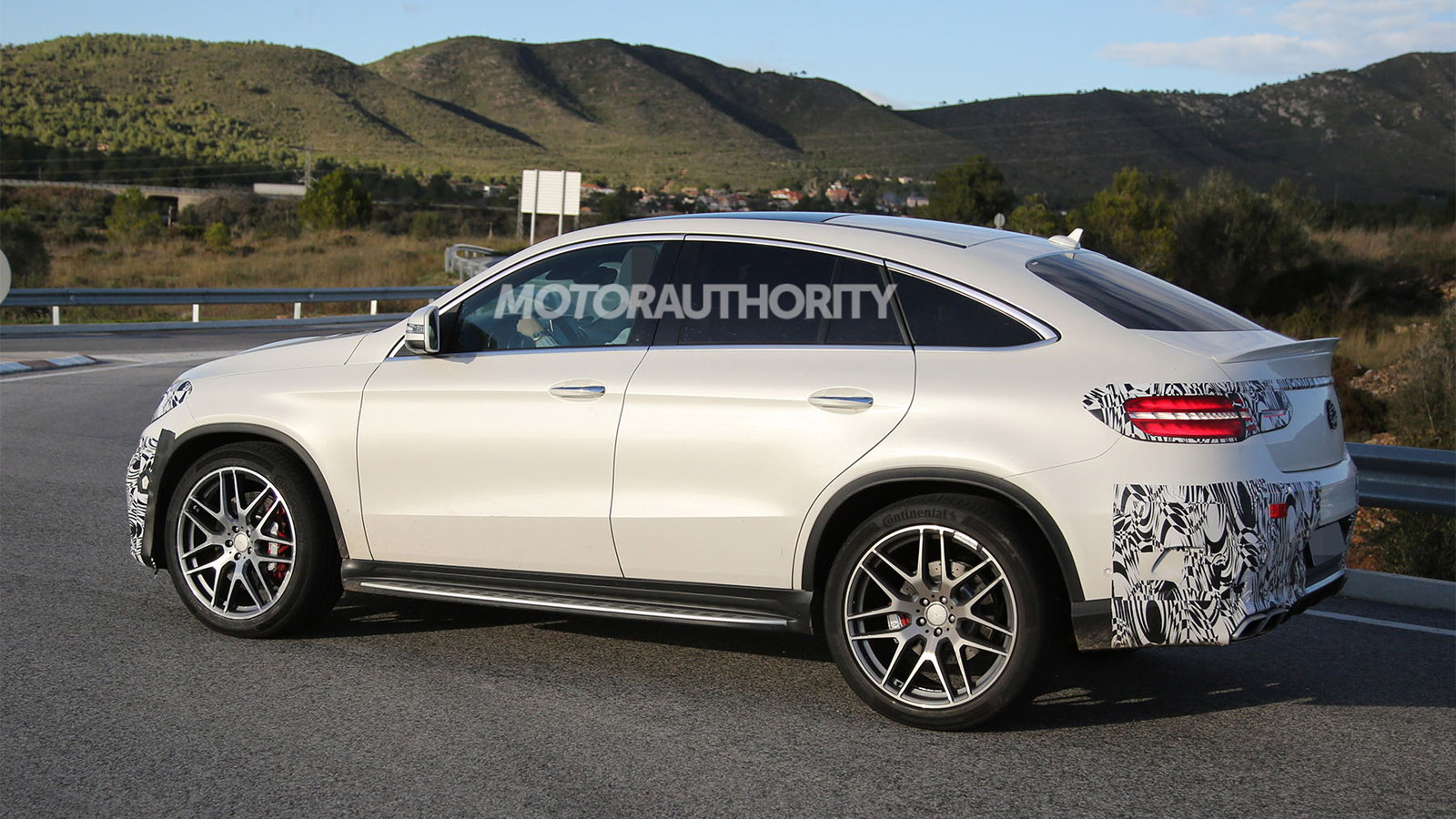 29
photos
Mercedes-Benz’s rival to the BMW X6, the all-new GLE-Class Coupe (essentially an M-Class with coupe-like styling), is set to make a debut at next month’s 2015 Detroit Auto Show, but it won’t be debuting in just standard flavor as the Mercedes-AMG division will also be showing off its own versions of the coupe-like crossover. We say versions as Mercedes-AMG will be launching both a high-performance variant as well as a less extreme 'AMG Sport' variant. It’s the former that’s featured in our latest spy shots.

The prototype features the aggressive styling that AMG is adopting for its entire range, with the signature elements being an aggressive set of intakes in the front bumper, an A-wing front splitter, and quad exhaust tips with an angular design. The Concept Coupe SUV unveiled at the 2014 Beijing Auto Show back in April hints at the styling of the new vehicle, although the latest shots leave little to the imagination.

At this point, it’s not clear what powertrain will be fitted to the vehicle, which is likely to be called a Mercedes-AMG GLE63 Coupe in line with the Affalterbach tuner's new naming strategy. Underpinning the car is the same platform found in the Mercedes M-Class (which is about to undergo a major update and be renamed a GLE-Class under Mercedes’ new naming strategy), which means the GLE63 Coupe may either come with the twin-turbocharged 5.5-liter V-8 fitted to the current ML63 AMG or Mercedes-AMG’s new twin-turbocharged 4.0-liter V-8 which is destined to replace the larger 5.5-liter unit at some point.

Expect output of the GLE63 Coupe, whatever engine it's packing, to match or even exceed the 550 horsepower of the ML63 AMG. Drive, meanwhile, will go to all four wheels via a rear-biased 4Matic all-wheel-drive system. In addition to BMW’s new X6 M, the GLE63 Coupe should also prove a threat to high-end Porsche Cayenne variants as well as the Land Rover Range Rover Sport SVR given these specs.

Production of all GLE-Class Coupe variants will take place at Mercedes’ plant in Tuscaloosa, Alabama. For spy shots of the regular GLE-Class Coupe that this new GLE63 is based on, click here.