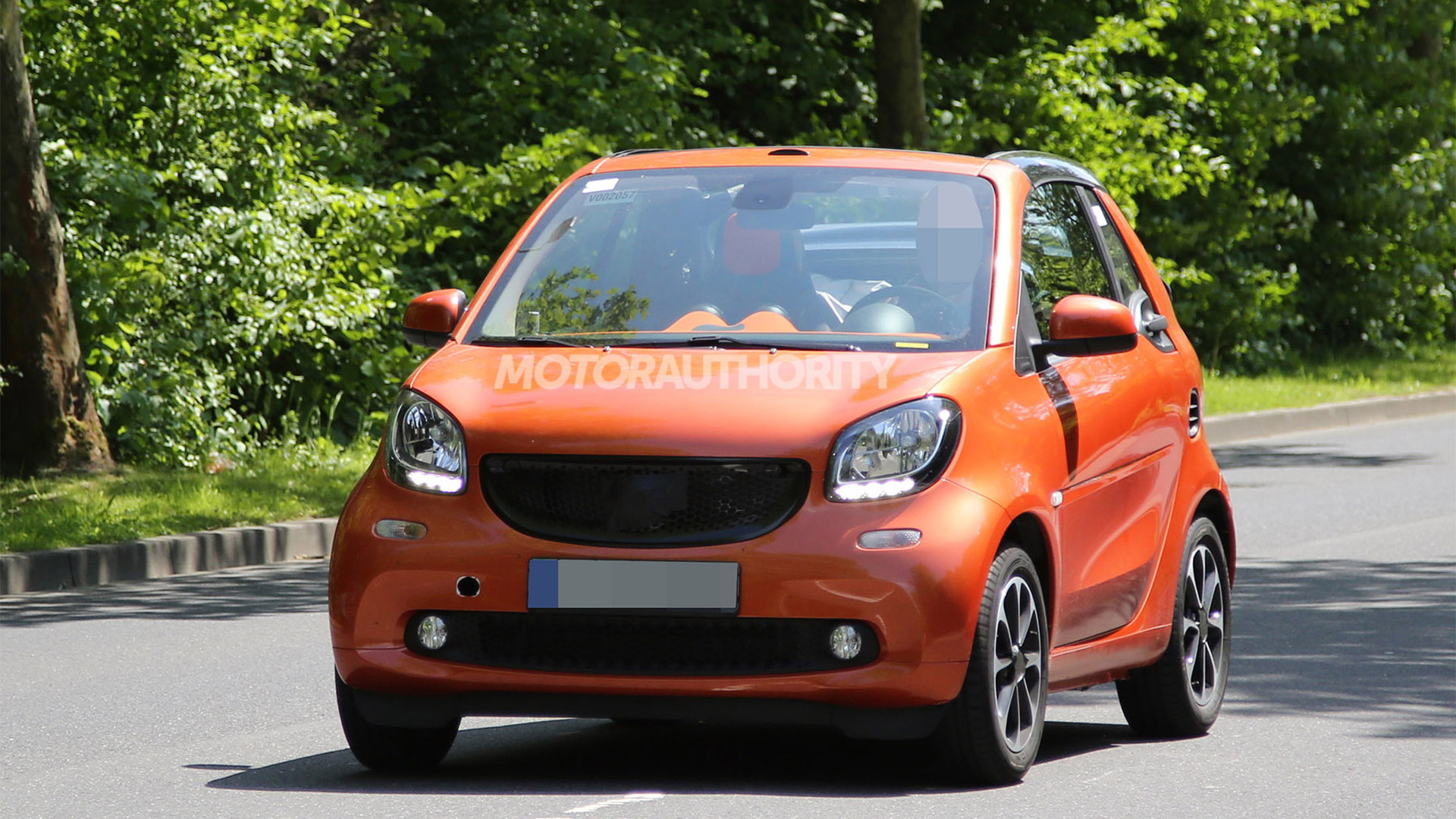 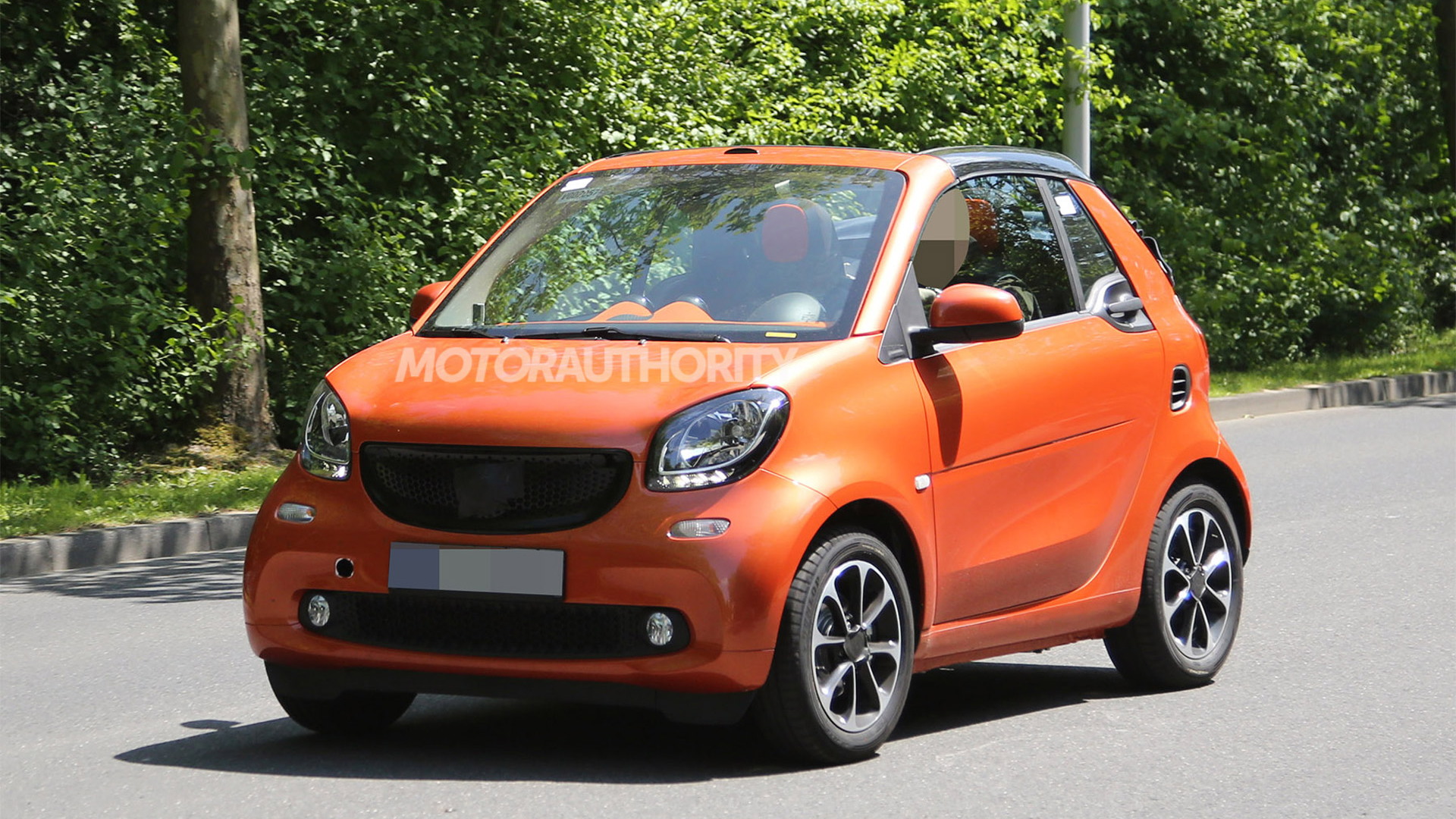 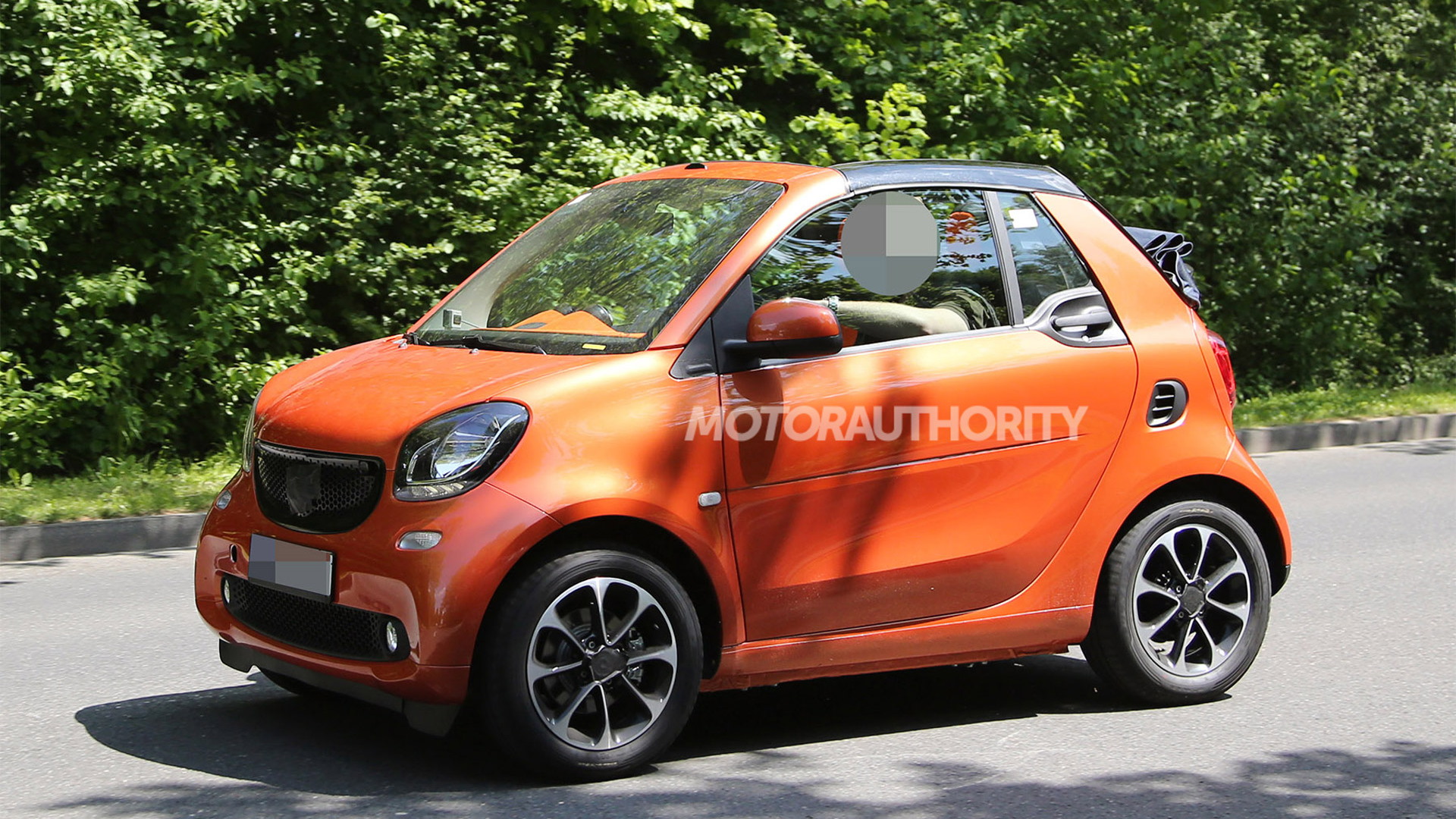 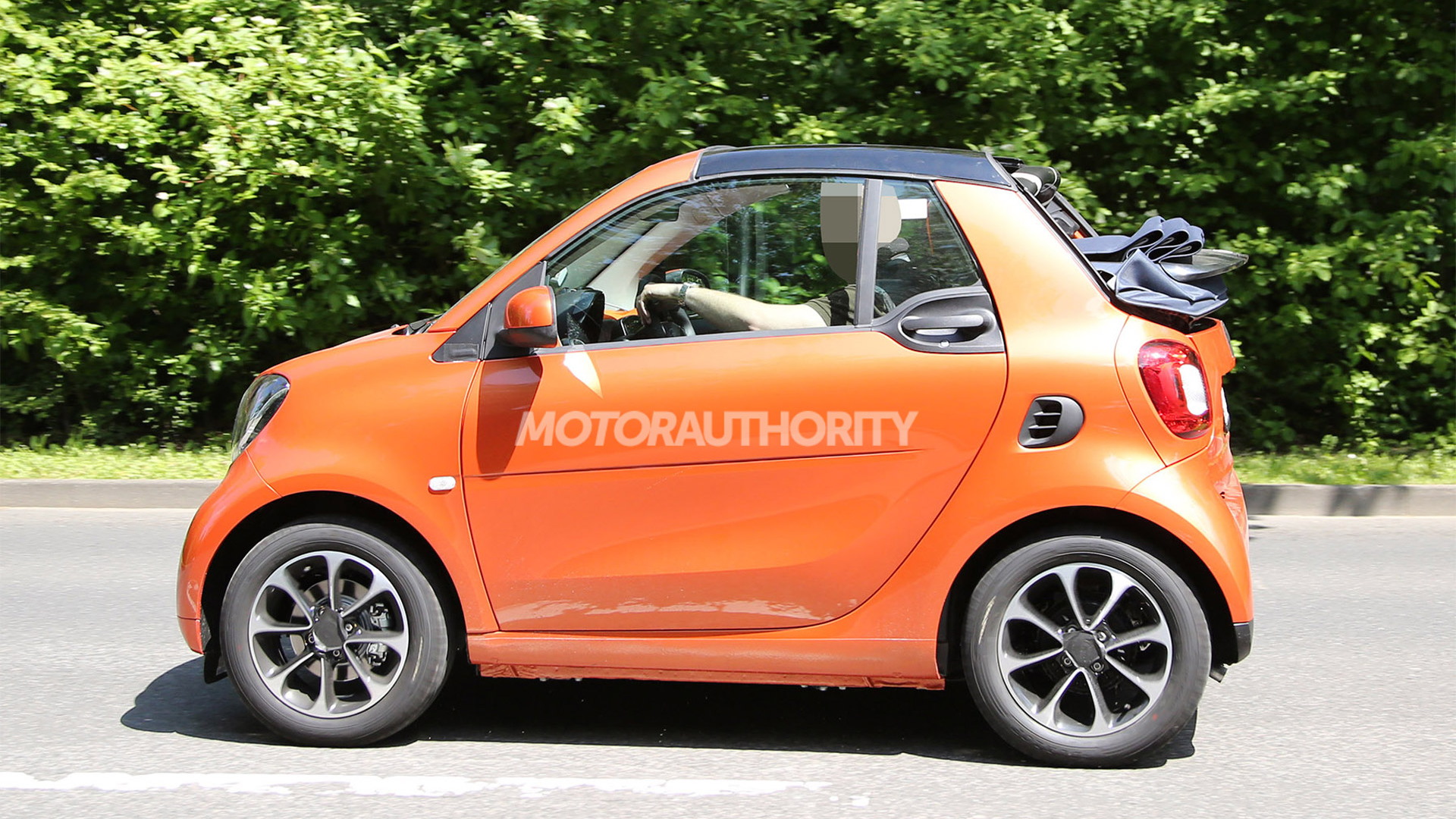 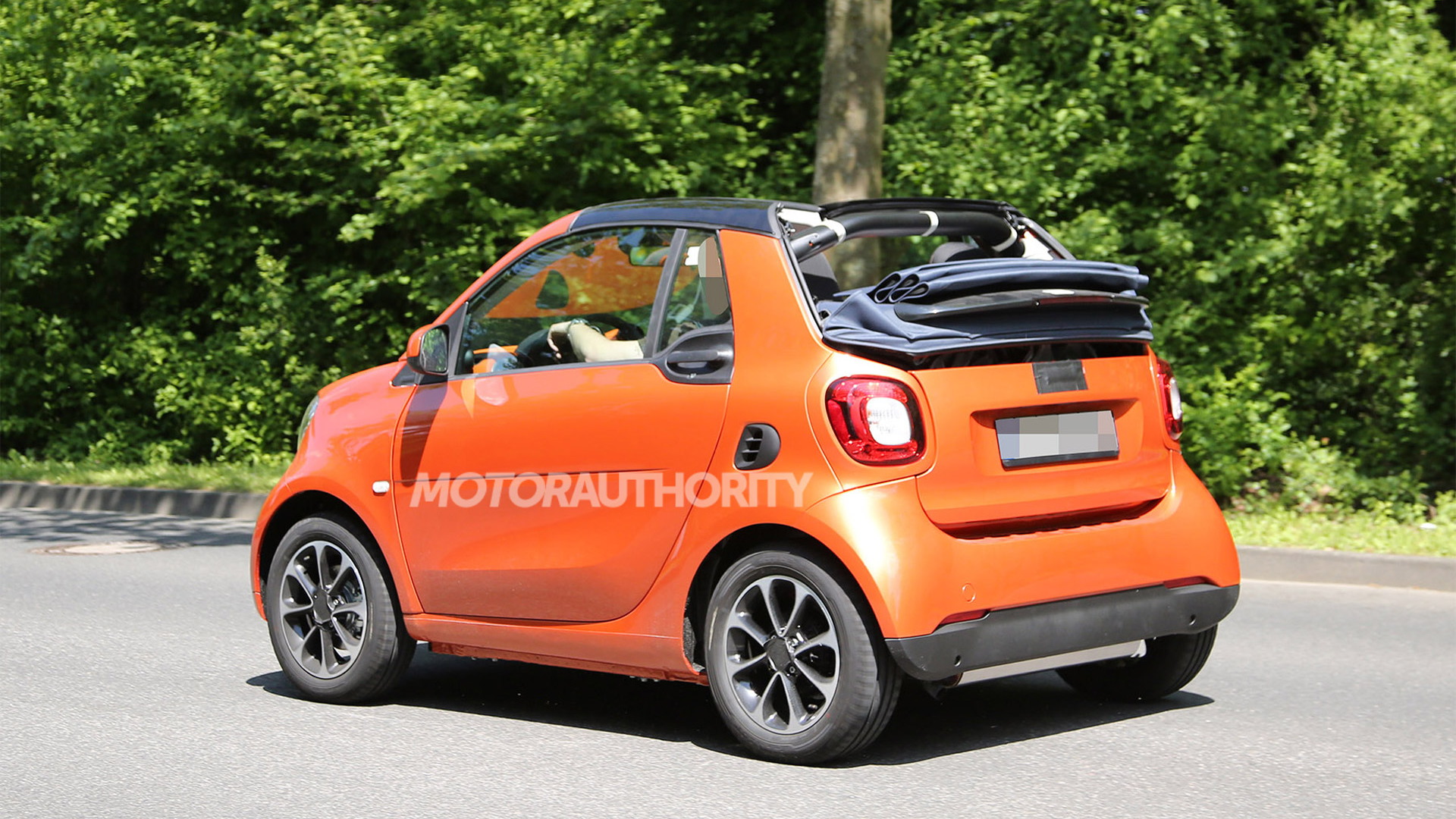 These are our latest spy shots of a prototype for the new ForTwo Cabrio based on the third generation of the popular Smart minicar. The new ForTwo made its debut last summer alongside a returning four-door ForFour variant. Only the ForTwo will be offered in the U.S.; it will be in local showrooms this fall, as a 2016 model. Eventually, it will be joined by this convertible version.

While buyers of the new ForTwo in other markets will have a choice between three three-cylinder engines initially, all of them gasoline units, in the U.S. we’ll only get a single unit, good for 89 horsepower and 100 pound-feet of torque. That engine will be mated to either a five-speed manual or a new six-speed dual-clutch unit.

Look for a debut of the new ForTwo Cabrio at the 2015 Frankfurt Auto Show in September. It will likely make its way to the U.S. sometime next year.

Smart hasn’t announced an electric version of its new ForTwo but one is coming. In the meantime, the automaker will continue to offer the previous-generation ForTwo Electric Drive. We’re also expecting a slightly sportier Brabus-tuned model at some point.