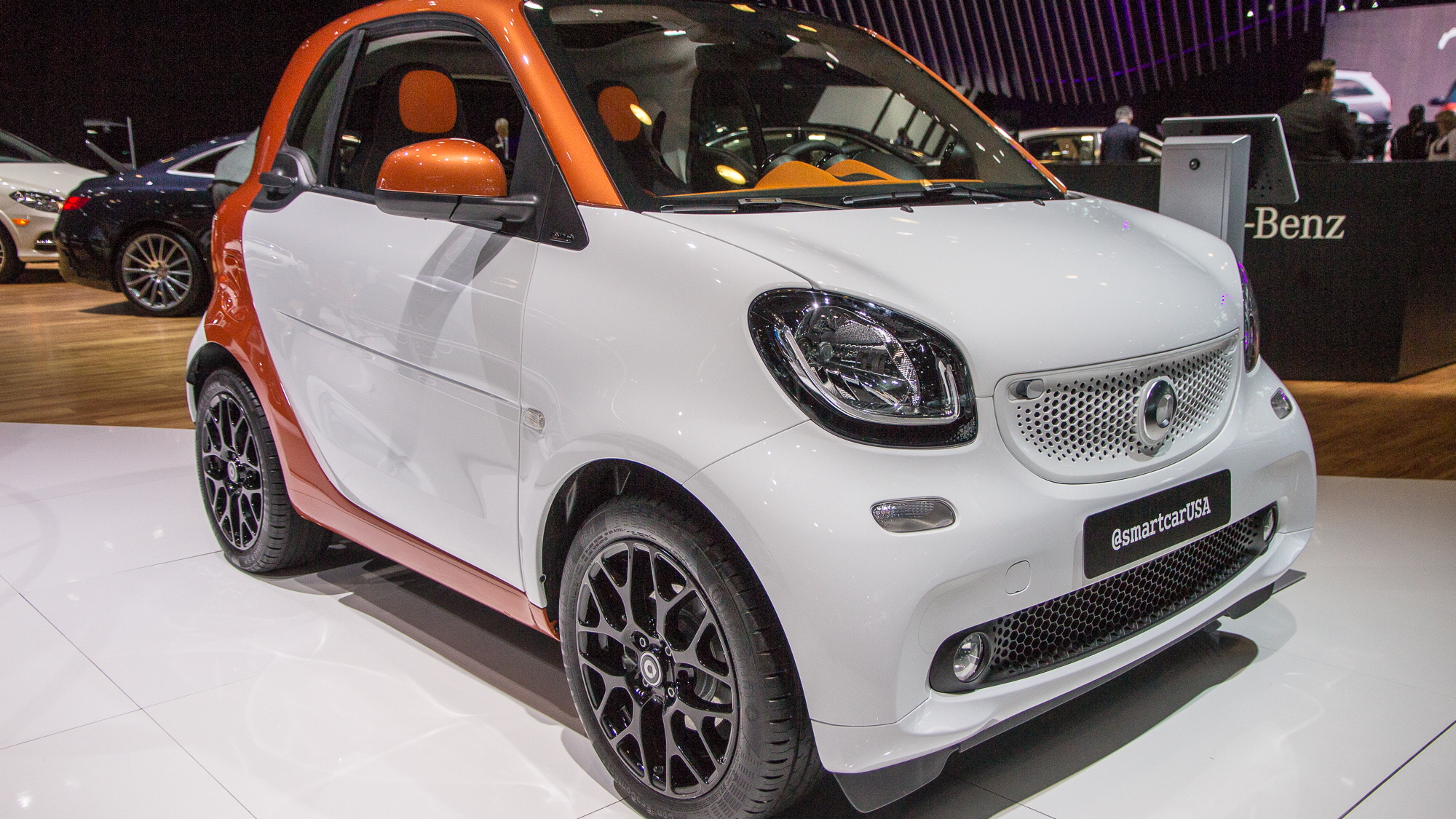 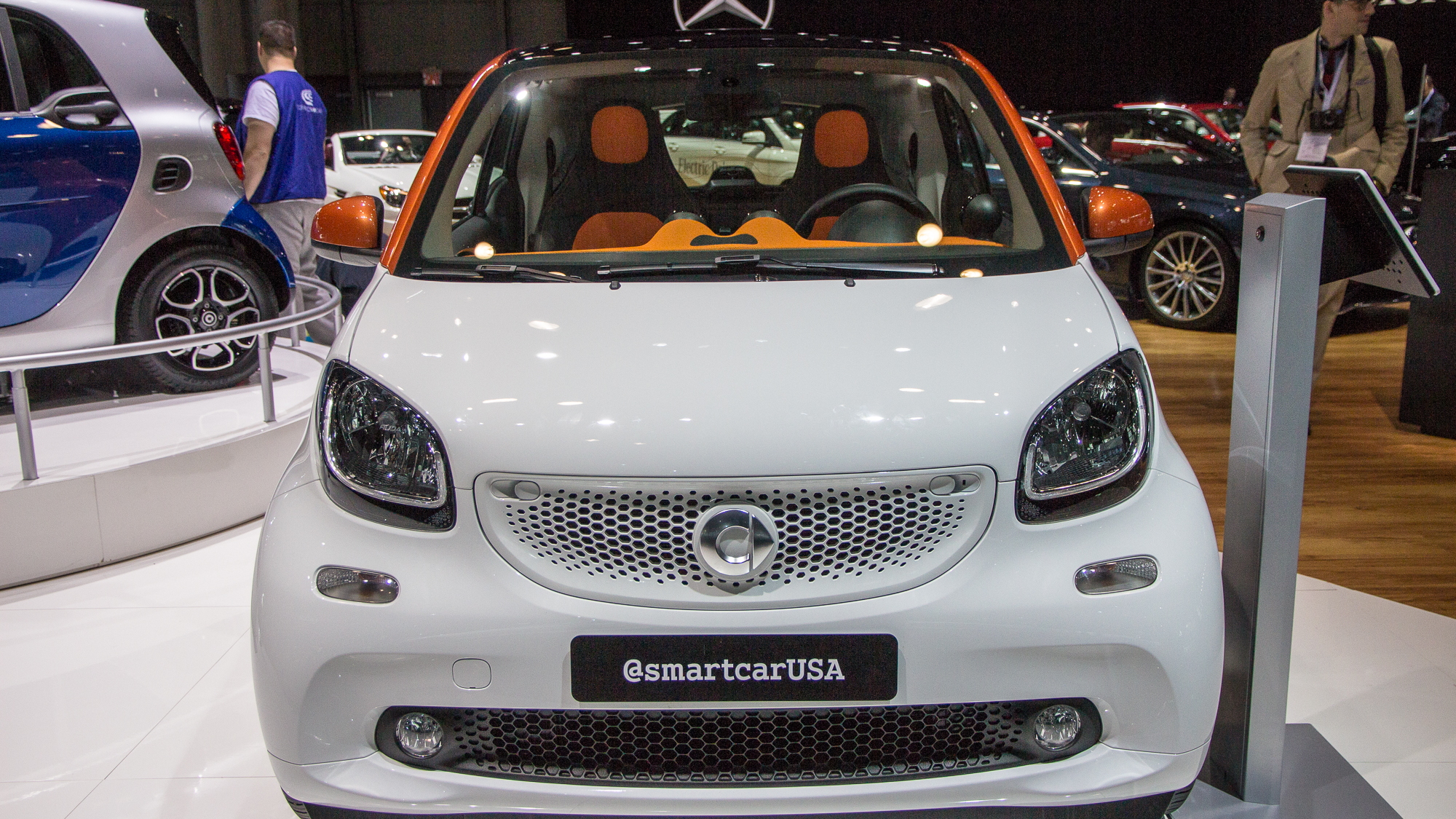 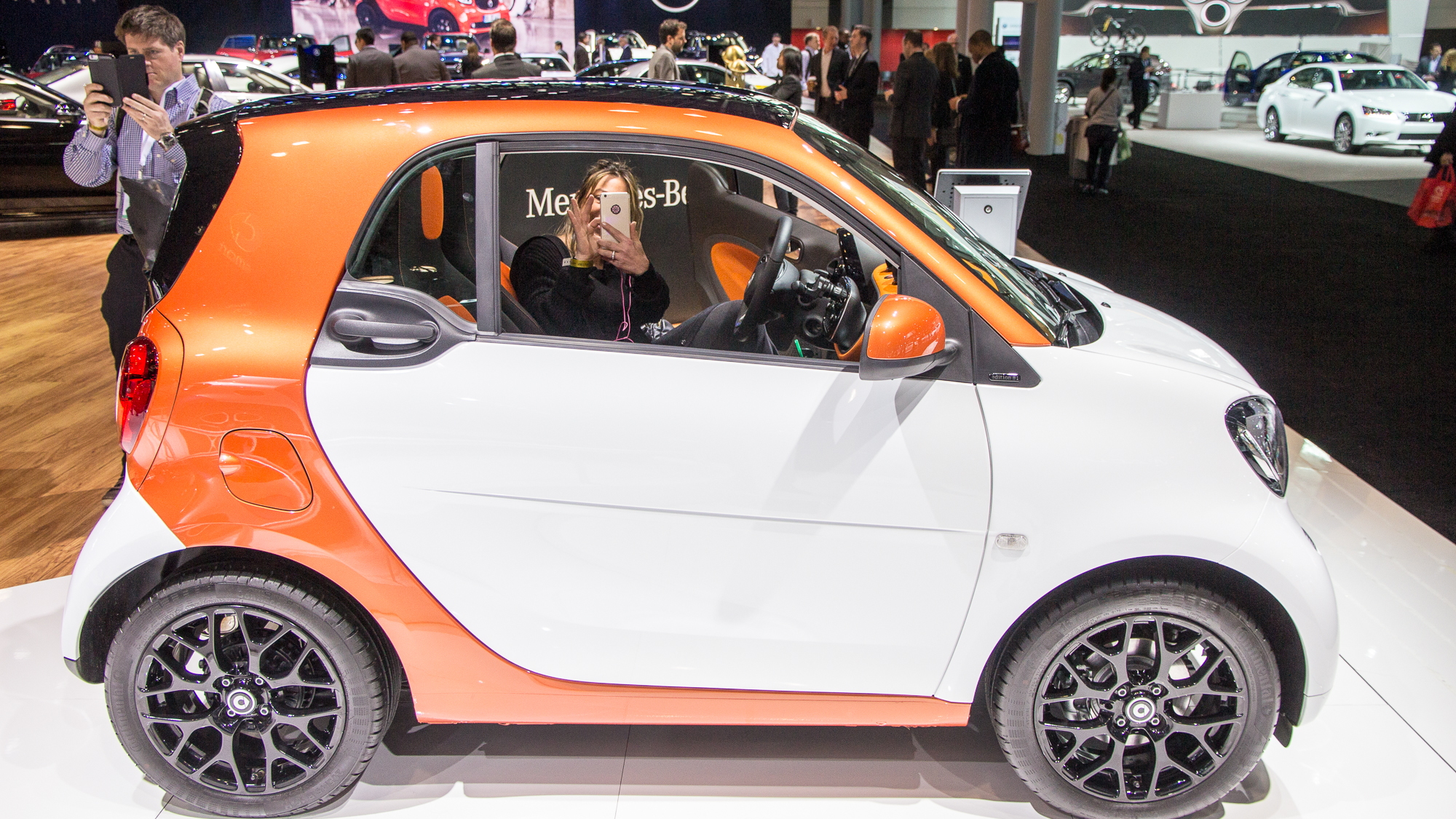 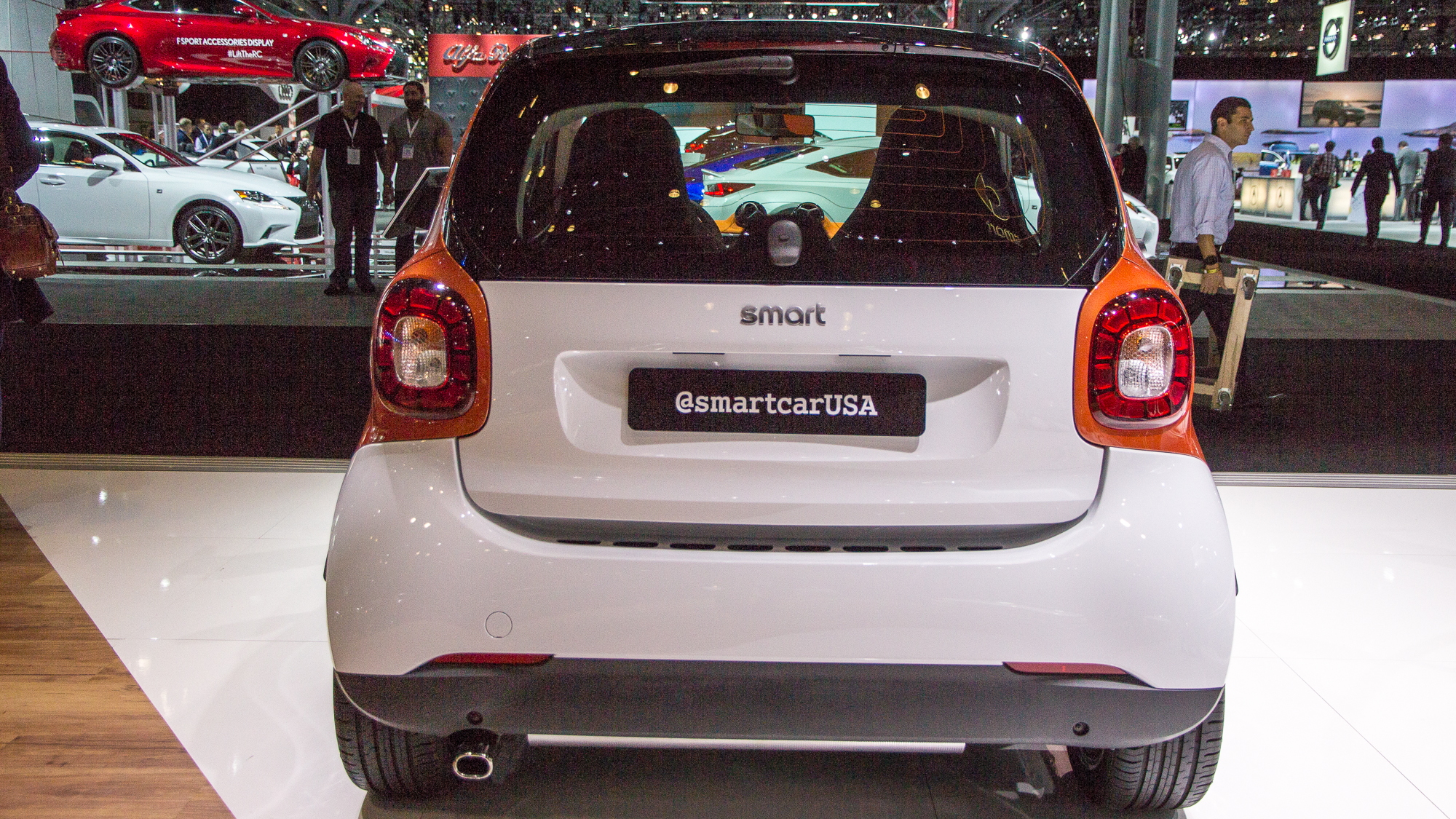 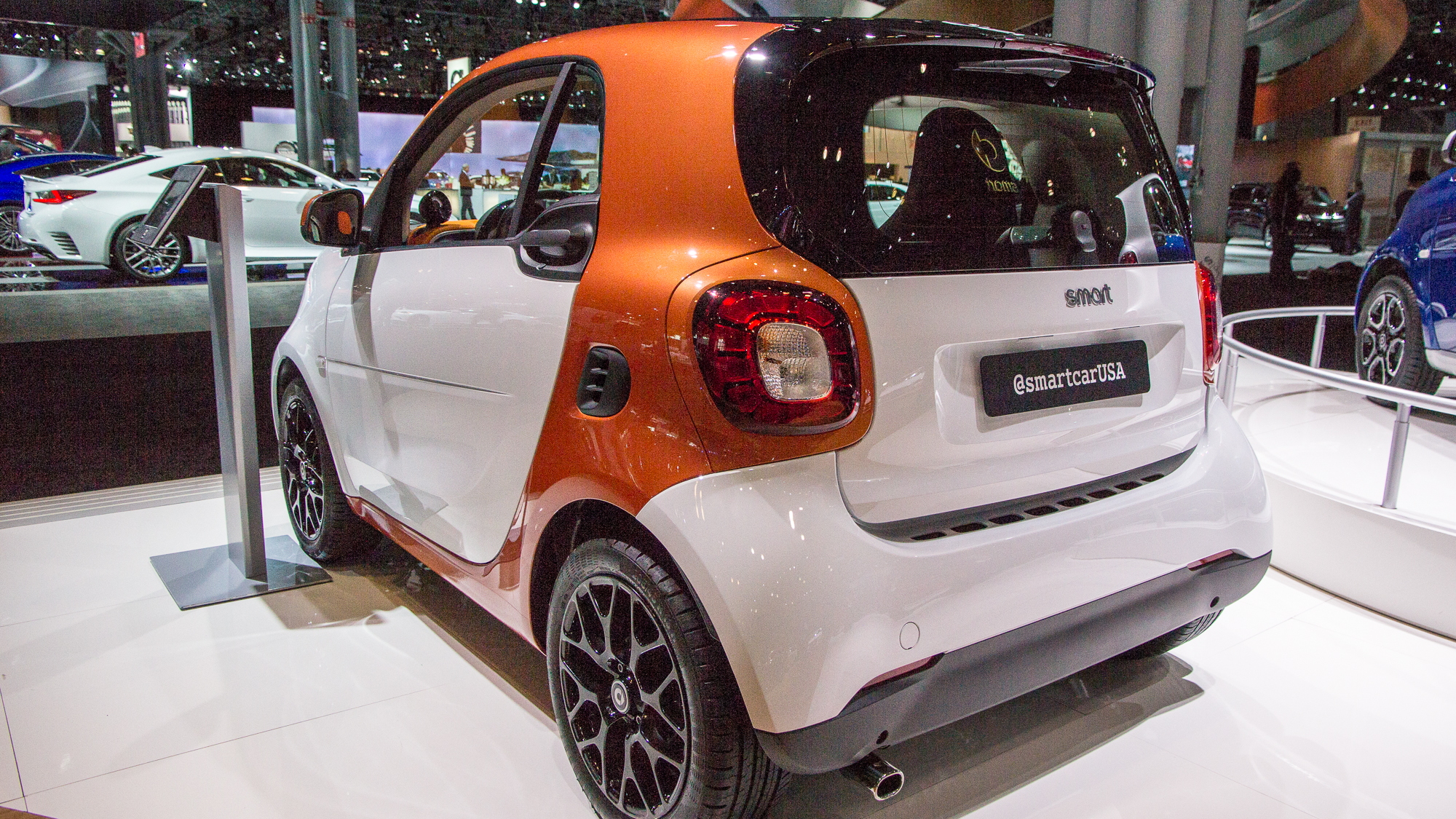 The third-generation Smart car made its world debut last summer, in both two-door ForTwo and four-door ForFour bodystyles. The car has now made its U.S. debut, appearing at the 2015 New York Auto Show, but only the ForTwo has arrived. It goes on sale this fall, as a 2016 model.

The platform of the new Smart range retains the brand’s rear-engine, rear-wheel-drive concept and Daimler alliance partner Renault has already used it for its latest Twingo (the French automaker also manufactures the ForFour, while Smart is responsible for the ForTwo).

Importantly, the platform has undergone improvements in virtually all areas, especially refinement and comfort—a harsh ride was one of the major downsides of the previous generation. And it also offers more space: the new ForTwo keeps the current model’s length of slightly less than 9 feet, but it’s roughly 4 inches wider. The small proportions help the ForTwo boast the best turning radius, at 22.8 feet curb to curb.

Only one engine is being offered, a turbocharged three-cylinder gasoline unit that displaces just 0.9 of a liter and develops 89 horsepower and 100 pound-feet of torque. The all-important fuel economy numbers are yet to be released but we do know the car will hit a top speed of 96 mph. Transmission options include a conventional five-speed manual or six-speed dual-clutch unit.

Smart hasn’t unveiled an electric version of its new ForTwo but one is coming. In the meantime, the automaker will continue to offer the previous-generation ForTwo Electric Drive. We’re also expecting a slightly sportier Brabus-tuned model at some point, as well as a new ForTwo Cabrio.

Pricing for the 2016 Smart ForTwo will be announced closer to the sales launch in the fall. In the meantime, you can check out a first drive report on the European-spec model over at our sister site Green Car Reports. And for more from the New York Auto Show, head to our dedicated hub.