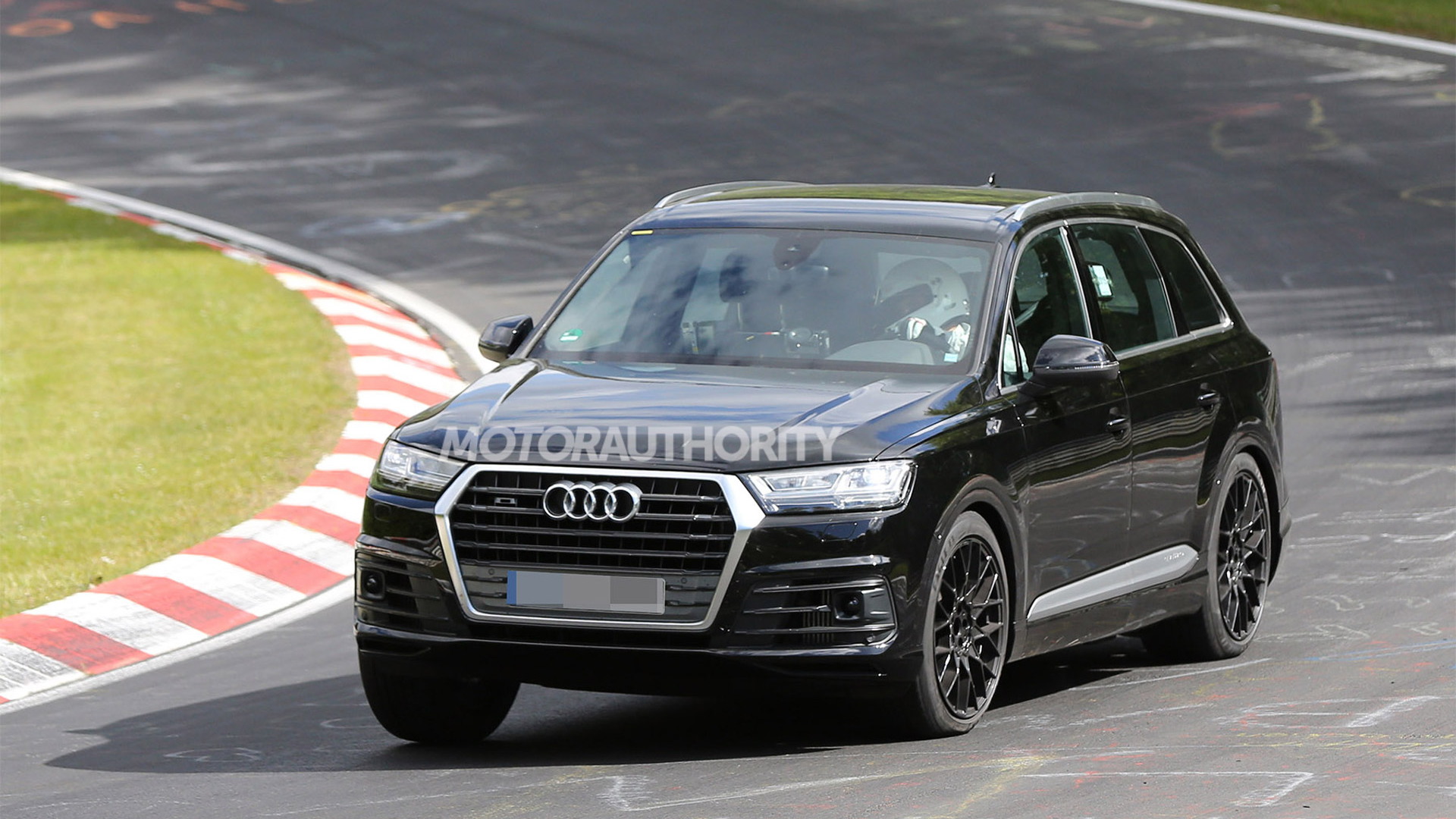 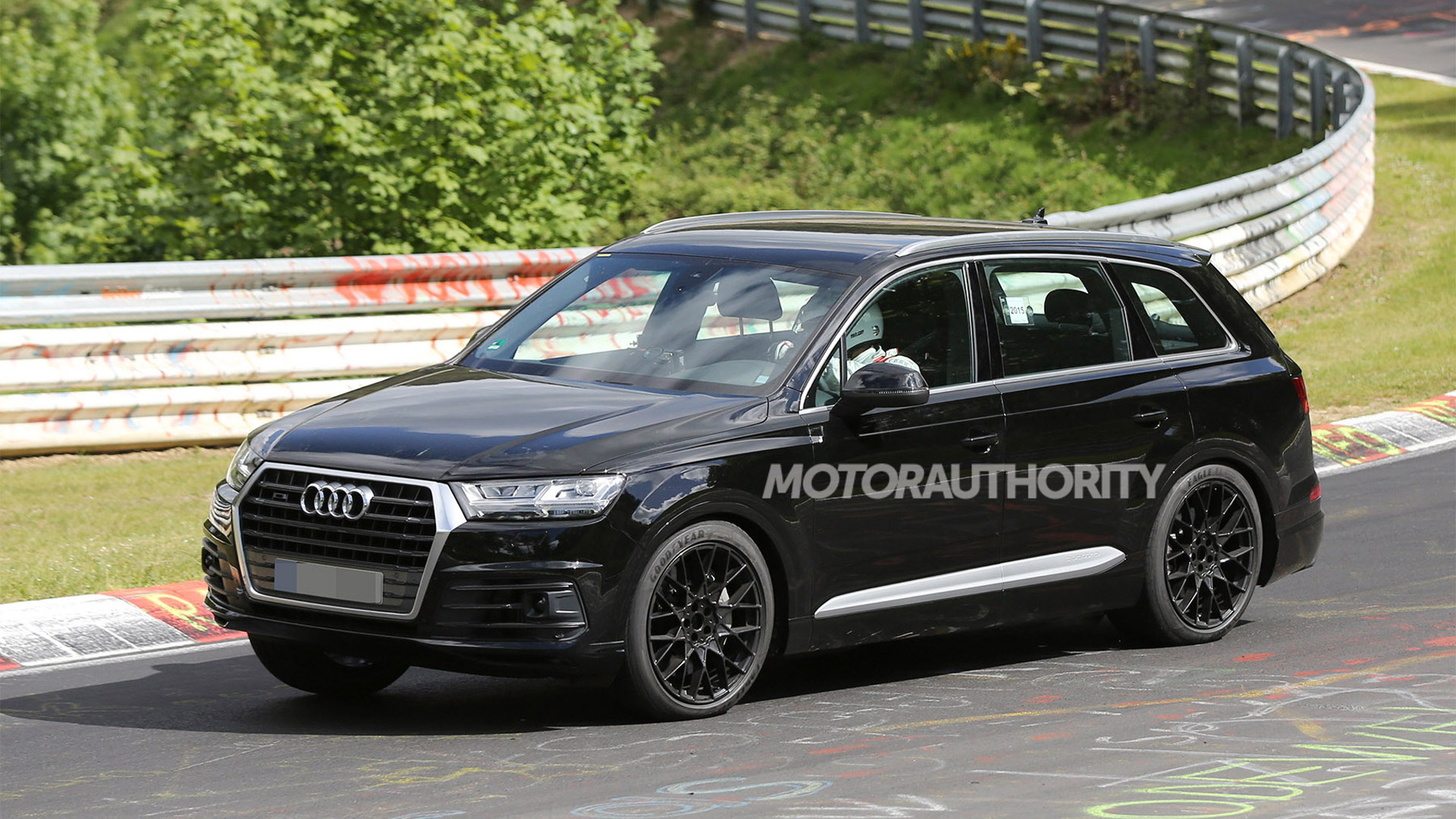 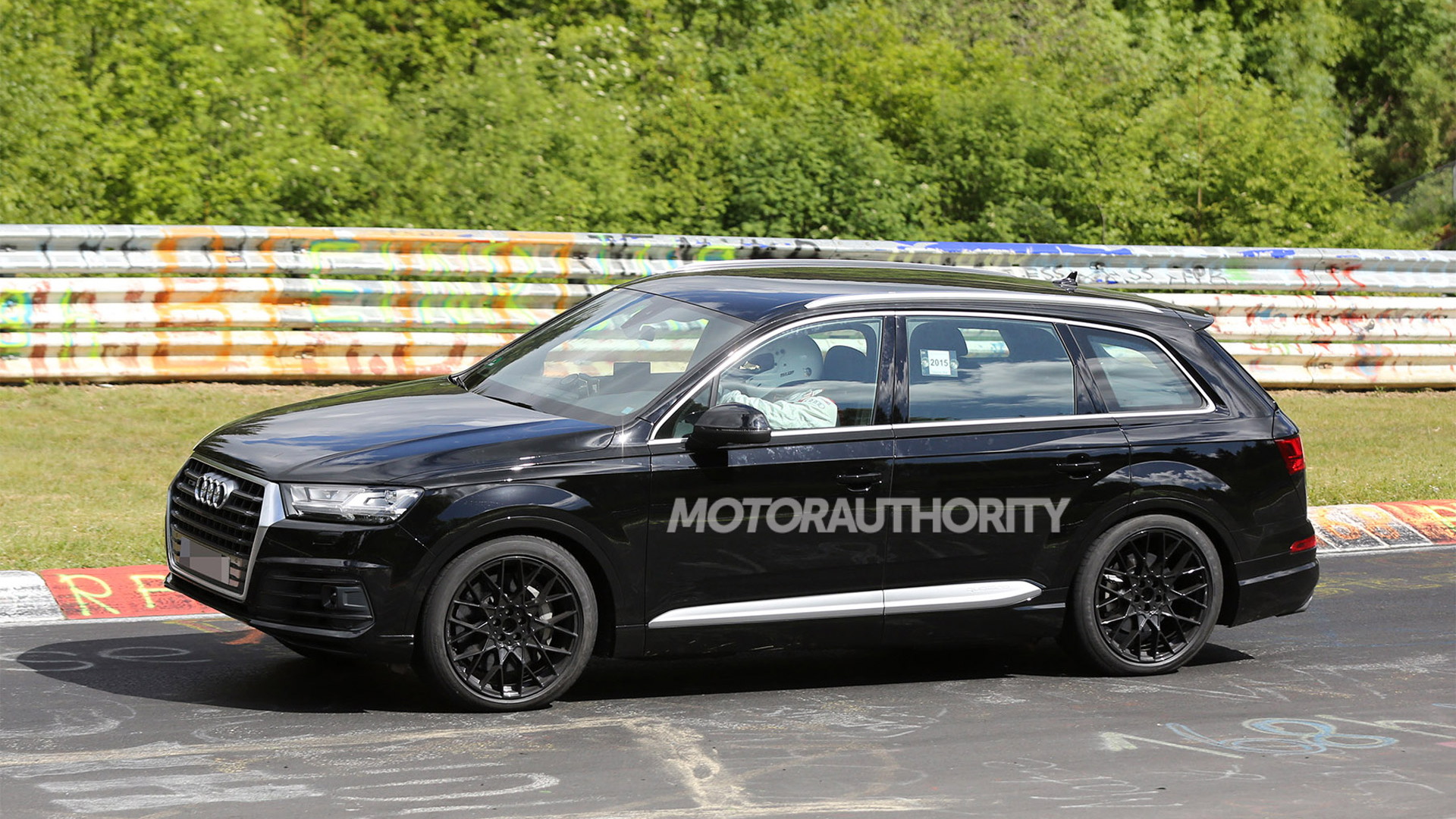 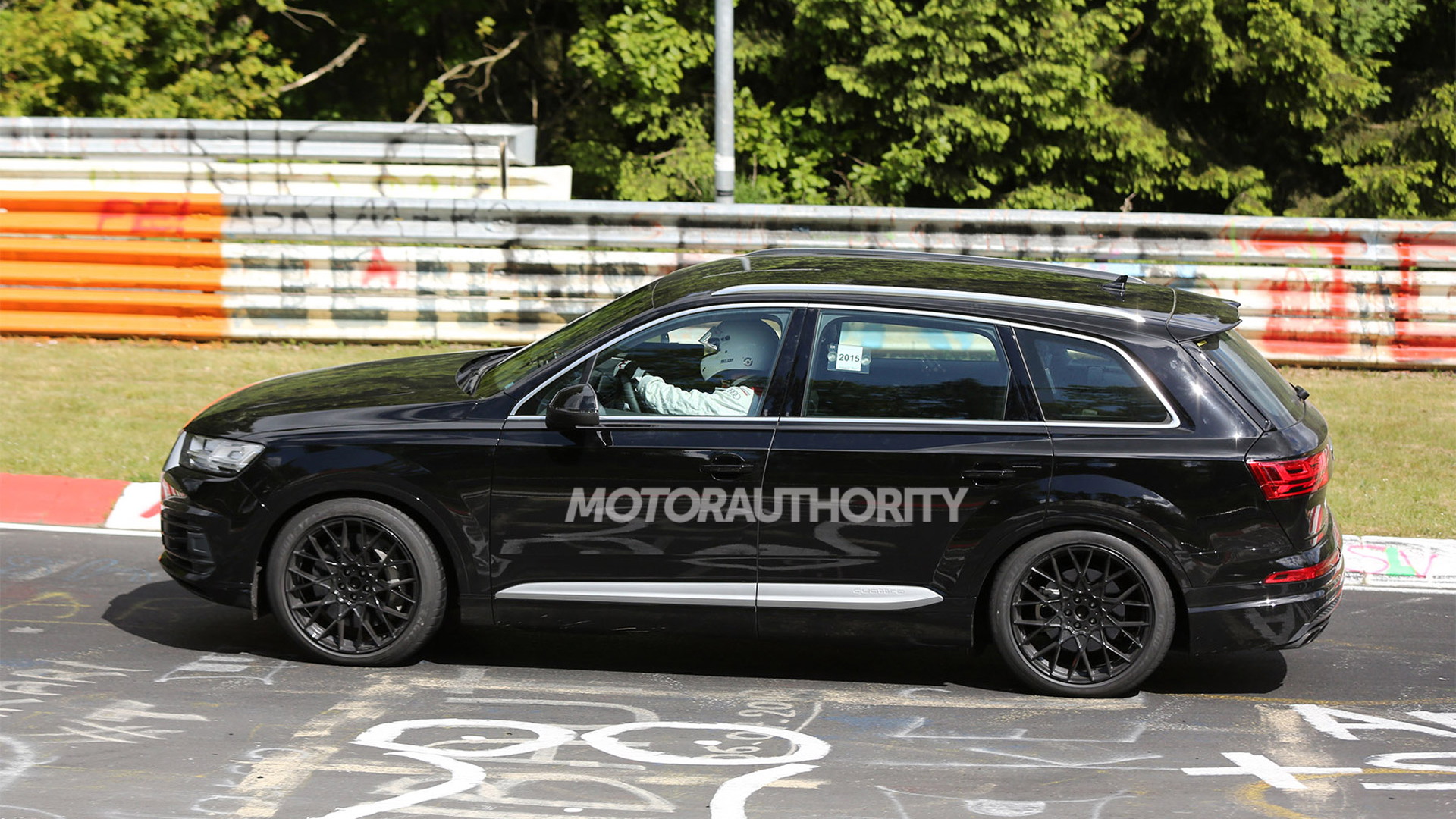 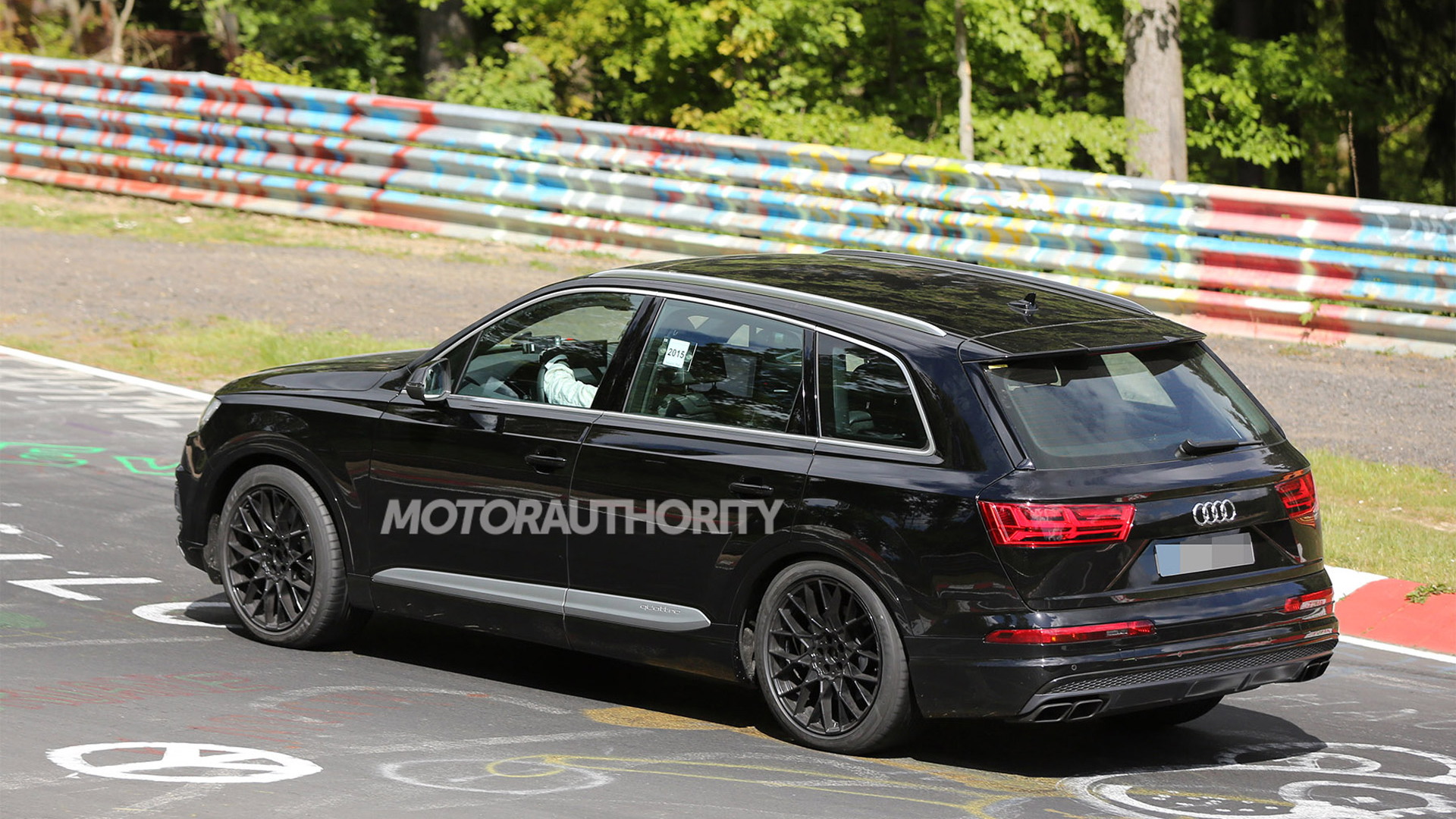 We’ve just been in the new Audi Q7 and find it to be incredibly nimble despite its size. The versions we drove were the regular gasoline and diesel V-6 models but a more powerful, more dynamic Q7 is in the works and has been spotted in prototype form for the first time. The new version will be badged an “SQ7” and is set to debut Audi’s electrically-aided turbocharger technology.

We first caught wind of the new SQ7 last summer, when Audi R&D chief Ulrich Hackenberg confirmed that the vehicle would be the first to feature an electrically-aided turbo. The technology, called E-Boost, is designed to eliminate turbo lag by using an electric motor to spool up the turbo at low engine rpm and then pass things over to the exhaust gases like in a conventional turbo once the revs build up.

We know this is the SQ7 because of the small “SQ7” logo located on the dial of the rev counter. Other giveaways that this isn’t an ordinary Q7 include the quad-exhaust tips, rear diffuser insert, uprated brakes, and enlarged intakes in the front bumper. It also looks like the prototype has lowered suspension compared to the regular Q7, which would make sense considering its performance positioning.

What isn’t clear is the choice of engine Audi has selected for its new SQ7. Recently, Hackenberg hinted that the engine might be a diesel V-8, which would make this an SQ7 TDI. However, a gasoline-powered SQ7 may also be planned for markets where diesel isn’t all that popular, such as the U.S. and China. Recall that the smaller SQ5 comes in both gasoline and diesel flavors, although we only get the former here in the U.S.

A debut for the SQ7 is slated for next year, which means if the vehicle makes it to these shores it will probably arrive as a 2017 model.