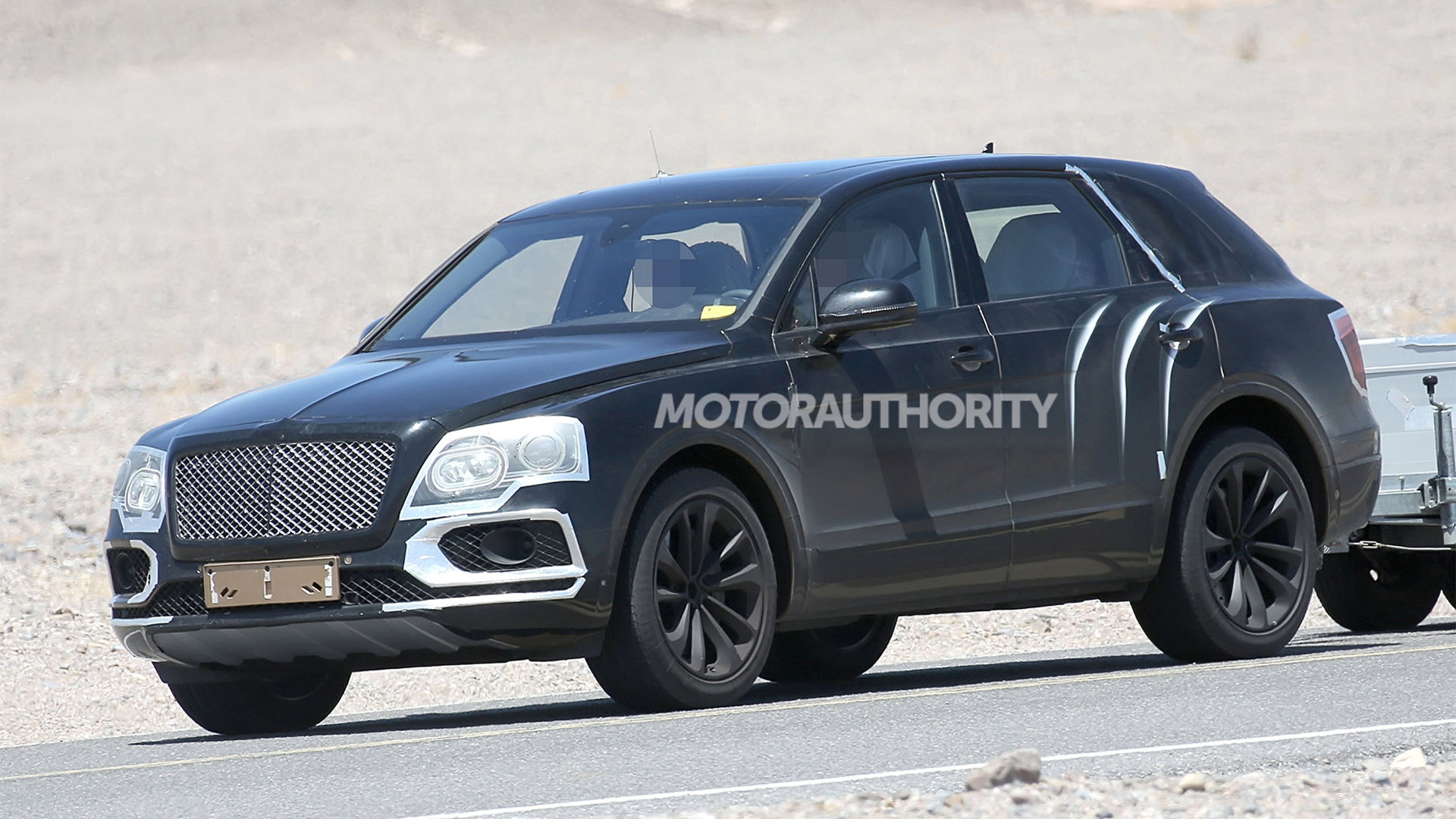 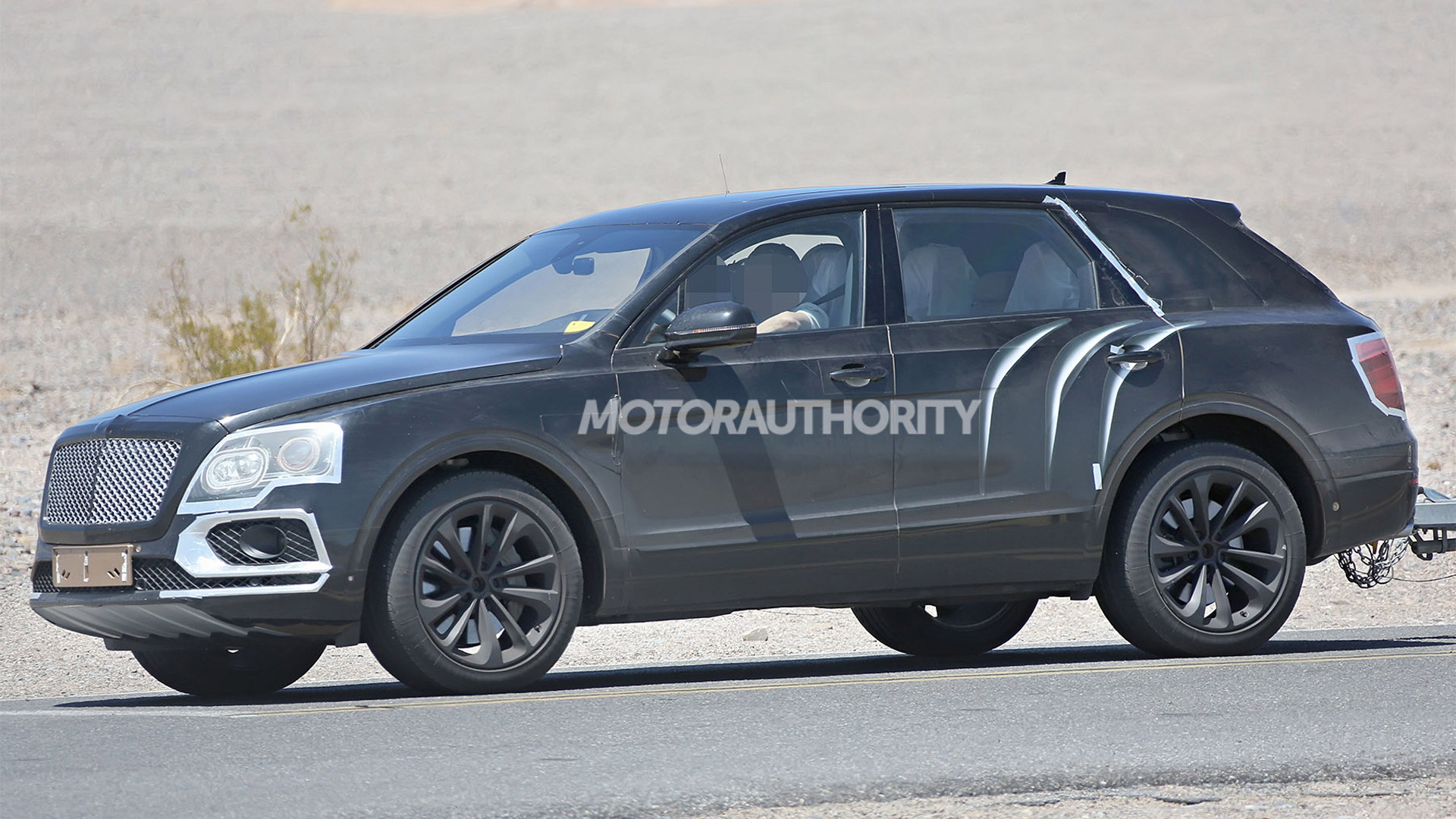 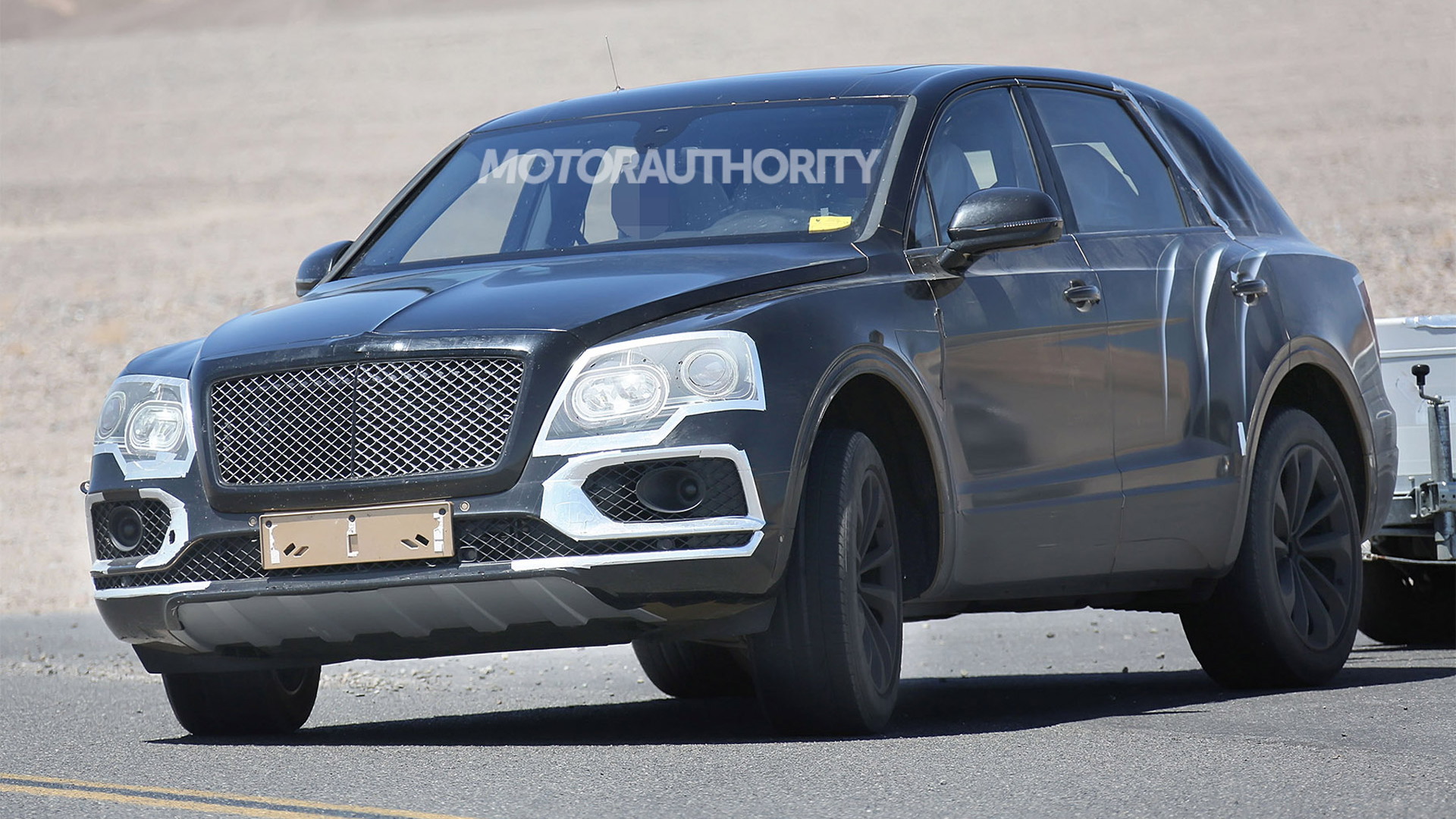 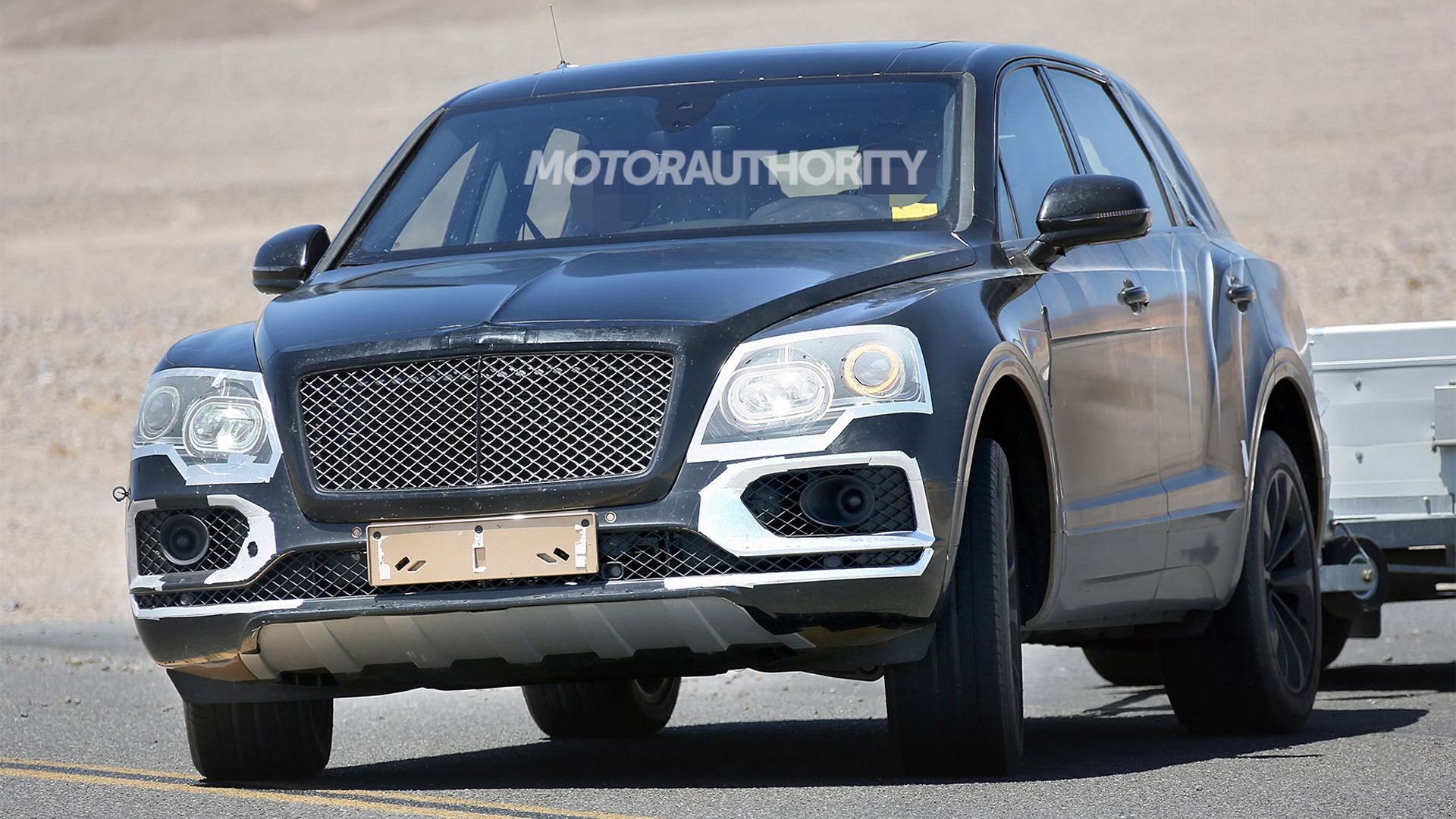 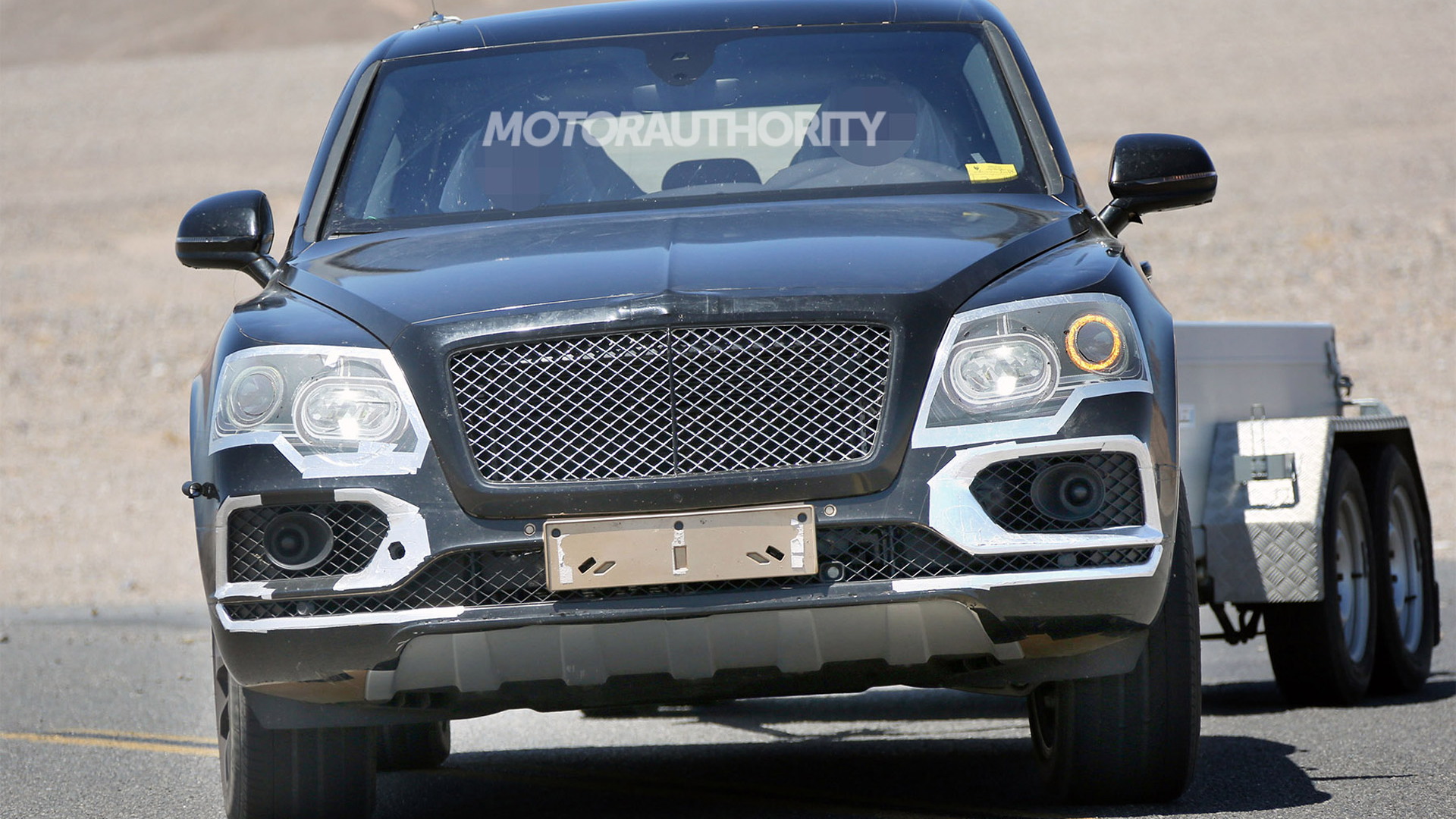 Bentley’s new SUV—the Bentayga—is due to enter production in 2016 and should be in showrooms by the end of that year. Today we have the most revealing spy shots yet of the upcoming SUV, which we expect to be revealed this September at the 2015 Frankfurt Auto Show.

The general styling of the Bentayga is based on Bentley’s EXP 9 F concept from 2012, although the somewhat gaudy front-end design of the concept has been updated to something more elegant and athletic. Bentley designers have adopted four individual lights for the production SUV’s headlights as opposed to the two lights fitted to the concept, and this is confirmed in the latest spy shots, the circular lights visible under the pseudo-headlight stickers.

A previous teaser video confirmed that the cabin of the Bentayga will feature Bentley’s traditional leather, wood and metal elements. There will also be some new tech features, such as a head-up display, digital instrument cluster, night vision mode, and a vehicle dynamic mode selector allowing the driver to pick the ideal vehicle setup depending on the situation. Third-row seating is possible, though it’s not clear if this will be standard or optional.

Production of the Bentayga, whose name was inspired by the Canary Islands’ Roque Bentayga rocky outcrop as well as the wild Taiga forests of the north, will be handled at two sites. The basic body shell will be built in Bratislava, Slovakia and the final assembly will be done at Bentley’s home in Crewe, England.

Underpinning the Bentayga is the same SUV version of the Volkswagen Group’s new MLB Evo platform that debuted in the 2017 Audi Q7, which is why the bodies will be built at the same plant responsible for the Q7. This same platform, in shortened form, will eventually appear in next-generation versions of the Porsche Cayenne, Volkswagen Touareg and even a new SUV from Lamborghini based on 2012’s Urus concept.

In the powertrain department, expect the Bentayga to be offered with Bentley’s current V-8 as well as a new W-12 engine. The prototype here is fitted with the W-12, as denoted by its oval exhaust tips (Bentley’s V-8 models get exhaust tips with a figure-eight design). The automaker has also confirmed that a plug-in hybrid system will be offered, though it’s not clear yet what internal combustion engine the system will incorporate. We’ll most likely see the V-8 used although there’s the possibility Bentley may utilize a V-6 engine to help maximize efficiency. We could also see a new diesel option offered at some point. Below is a video of an earlier prototype.