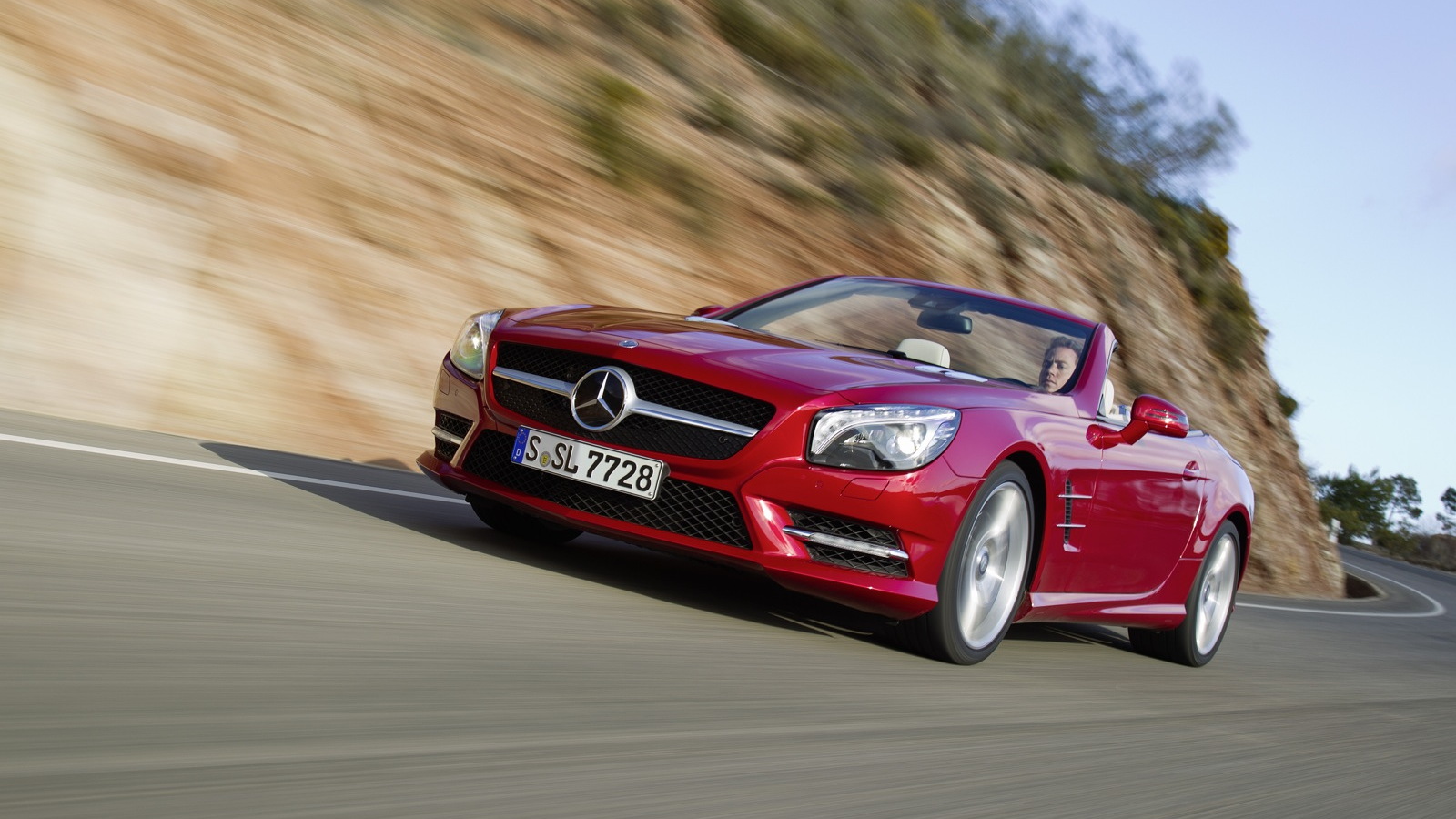 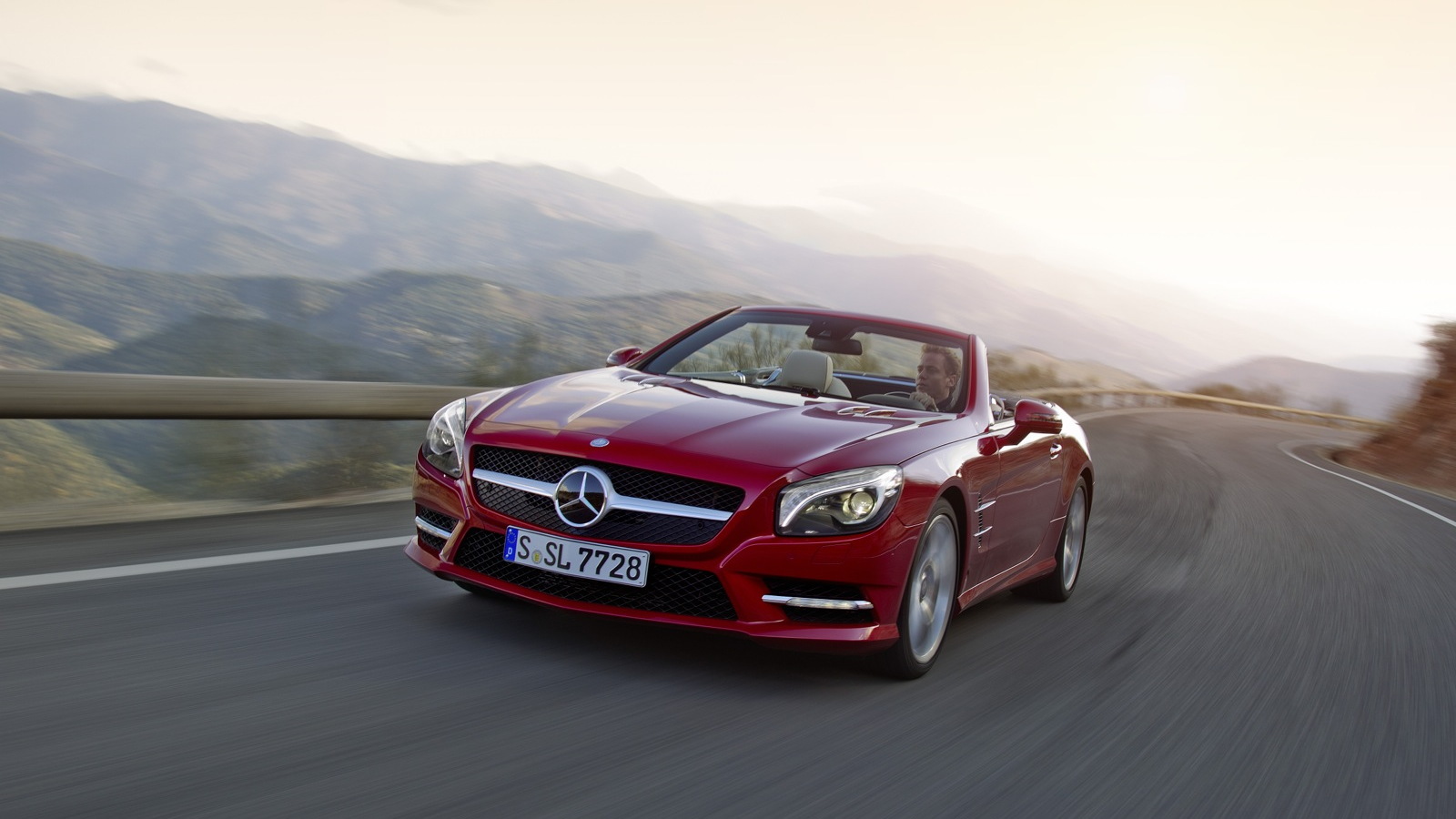 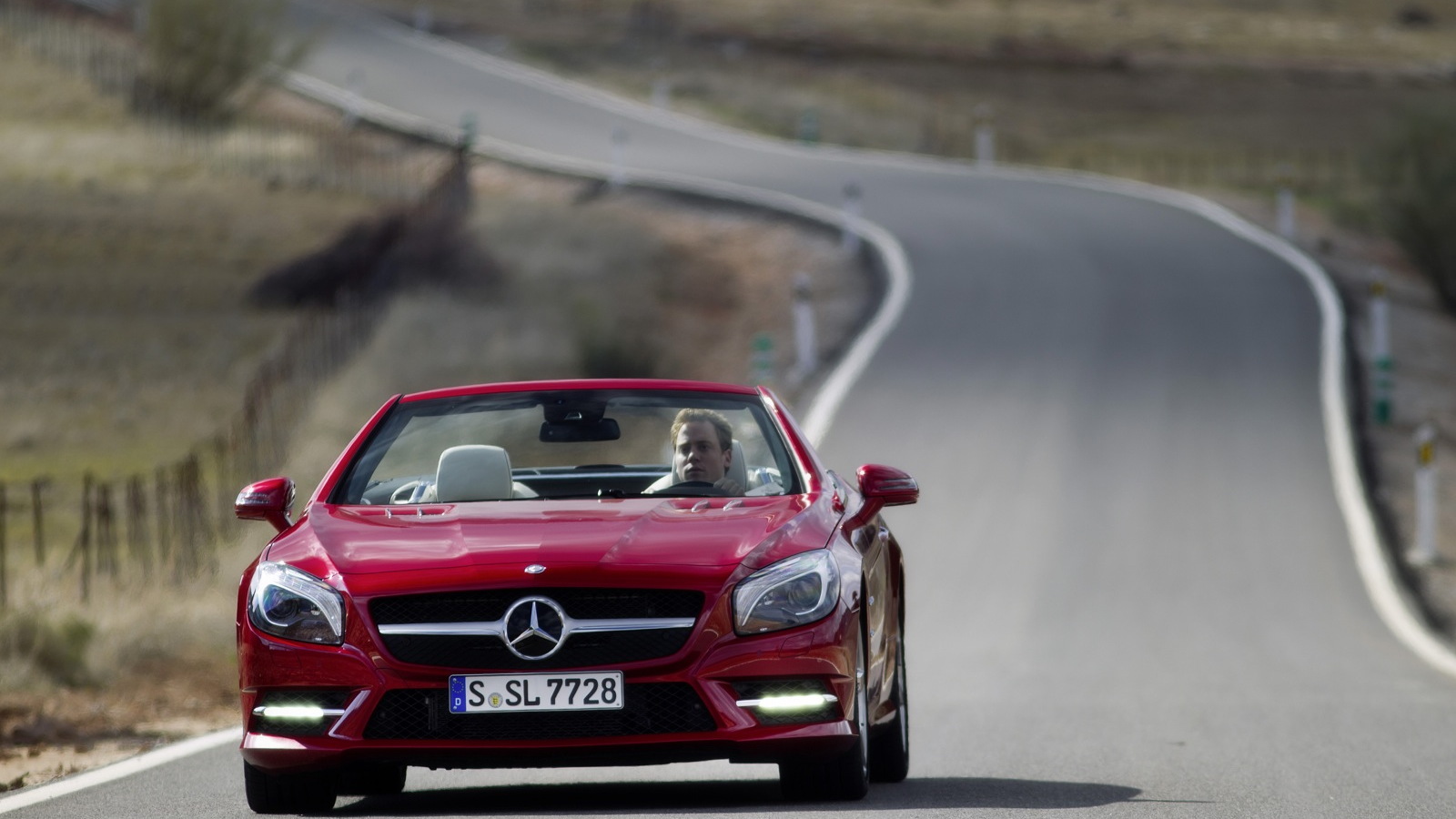 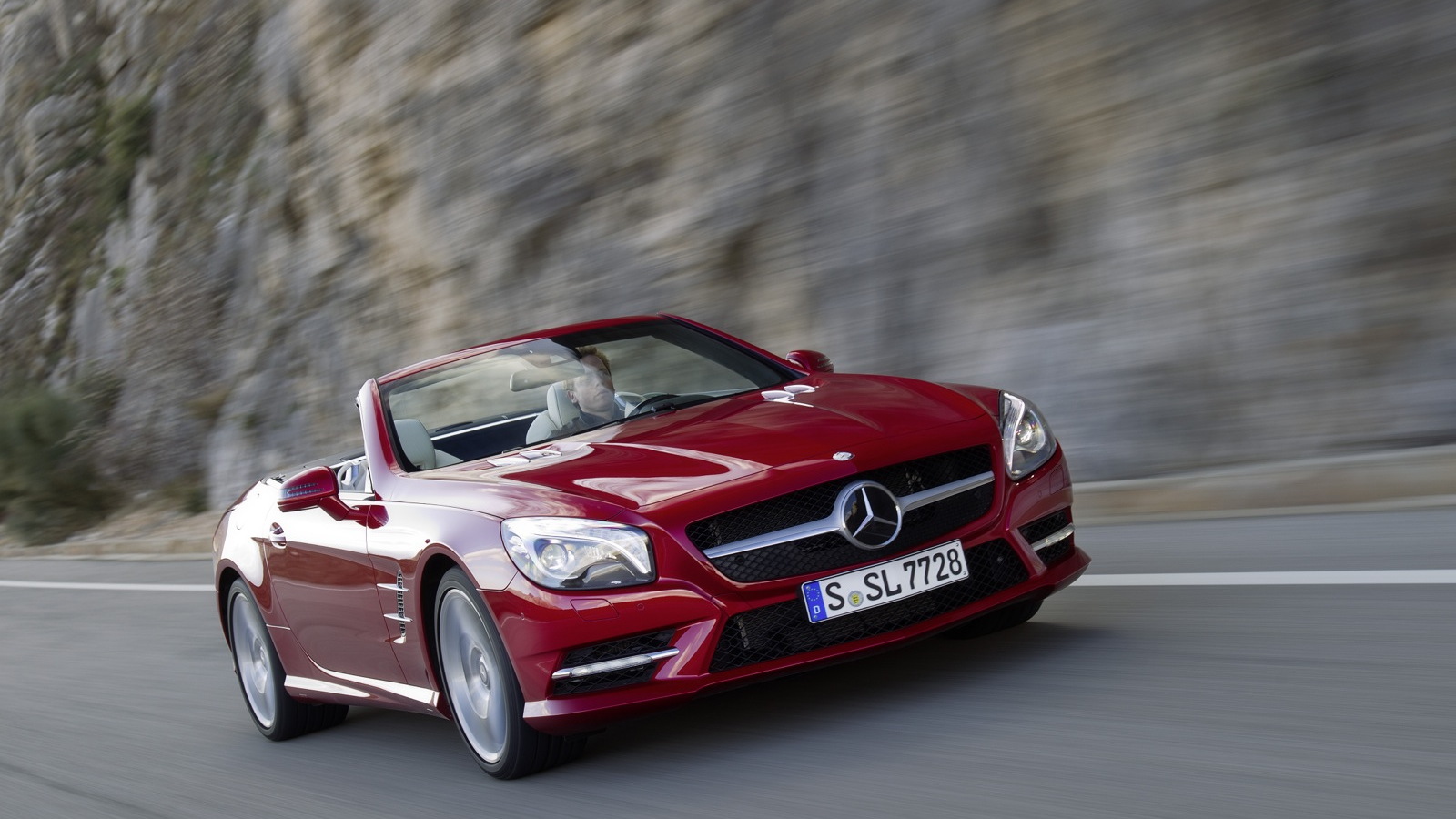 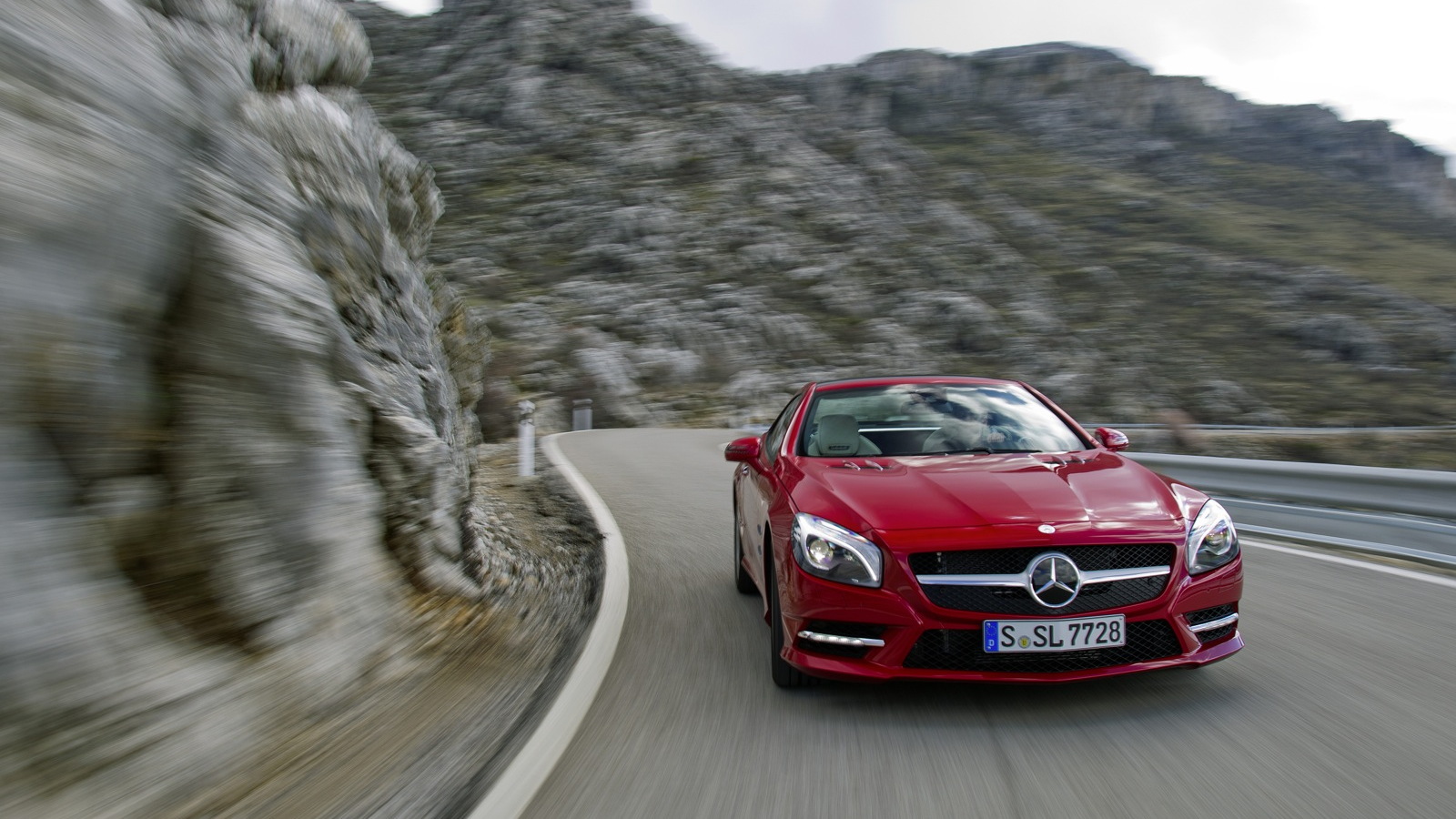 25
photos
The thing you have to remember, above all, is that the Mercedes-Benz SL isn't a sportscar.

It may be a sporty car--even the "S-Class of sporty cars," as one of its creators calls it, but the SL's always been sort of the ultimate German counterpart to the Thunderbird. In the highest, best sense possible, of course.

That's an impression only reinforced recently when I left the Geneva Motor Show for Spain, where Mercedes assembled a fleet of SLs for test drives--half of them new, the other half culled from a collection of classics, representing every generation of SL since the days of the gullwing.

What you learn after a quick drive in some of the vintage offerings, is that the SL diverged quite early from the gullwing's stark engine-comes-first ethos. By the time the pagoda-roofed SLs of the Sixties arrived, the roadster had clearly relaxed into a personal-luxury mission that only grew more comfortable in the Eighties and Nineties. Remember Bobby Ewing's SL from Dallas, or the hefty-looking bank vault SLs of the 1990s? Those have been more typical of the SL family than the gullwing itself.

That explains why in 2011, a real SLS gullwing returned to the lineup, with its own roadster companion, and why today's new 2013 Mercedes-Benz SL is still the very picture of the one-percent crowd. One's a true sportscar. And while the SL is capable of some astonishing sporting feats--it's almost a second quicker to 60 mph than before, down to 4.5 seconds--it's a cruiser at heart, great at seven-tenths, eager to run but even more eager to please.

What's to love more than a torqueaholic, twin-turboed 4.7-liter V-8 with 429 hp and 516 lb of torque? A glass-paneled folding hardtop that tints itself like high-end sunglasses. That's where today's SL lives. It's very comfortable at triple-digit speeds, but more comfortable in its own skin when it's loping along on a mildly challenging piece of smooth pavement, when the basic suspension setup is smoothing out the ruffles without overthinking them.

Choosing the right flavor of this new SL is critical. It's easy for the more complex active-suspension SL to outbrain itself and its driver and the road ahead, and that makes it less relaxing to drive. Spending extra for the Bang & Olufsen sound system in search of throbbing bass is a setup for a letdown. In both cases, the standard-issue equipment stands out. Driving with the top up? You're doing it wrong, in a world with Airscarf, ventilated seats and a powered windscreen.

If your heartrate needs a jumpstart, there's always the viperish SLS, or upcoming AMG versions of the SL. Too, we've heard rumors of a true sub-SL sportscar coming to the Mercedes lineup in the near future. There's ample room under the new $106,375 SL 550--even some room under its acceleration and grip figures, though less than ever before.

Read the first full review of the 2013 Mercedes-Benz SL 550 over at The Car Connection, and stay tuned here soon for the first drive of the SL63 AMG.