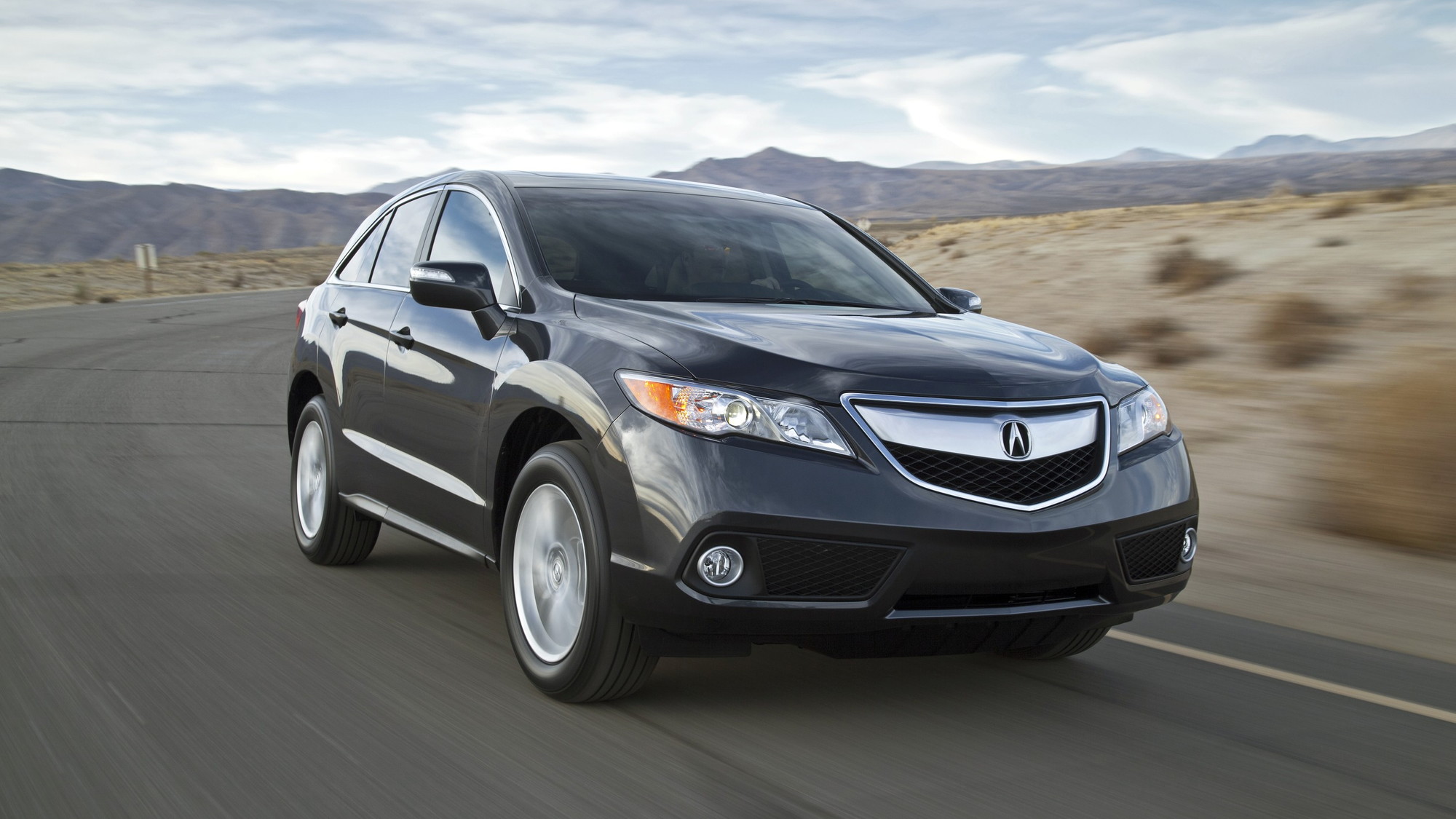 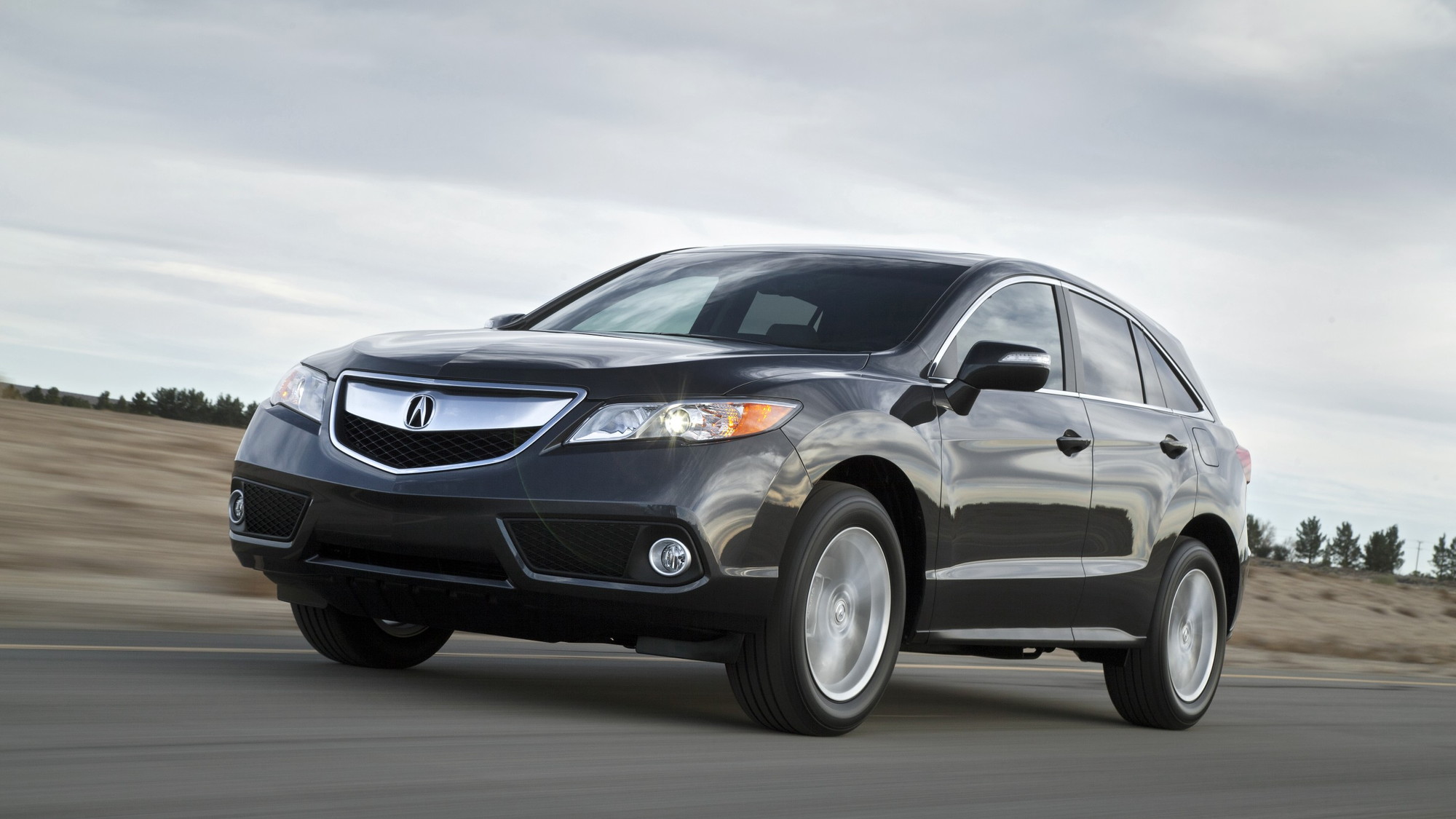 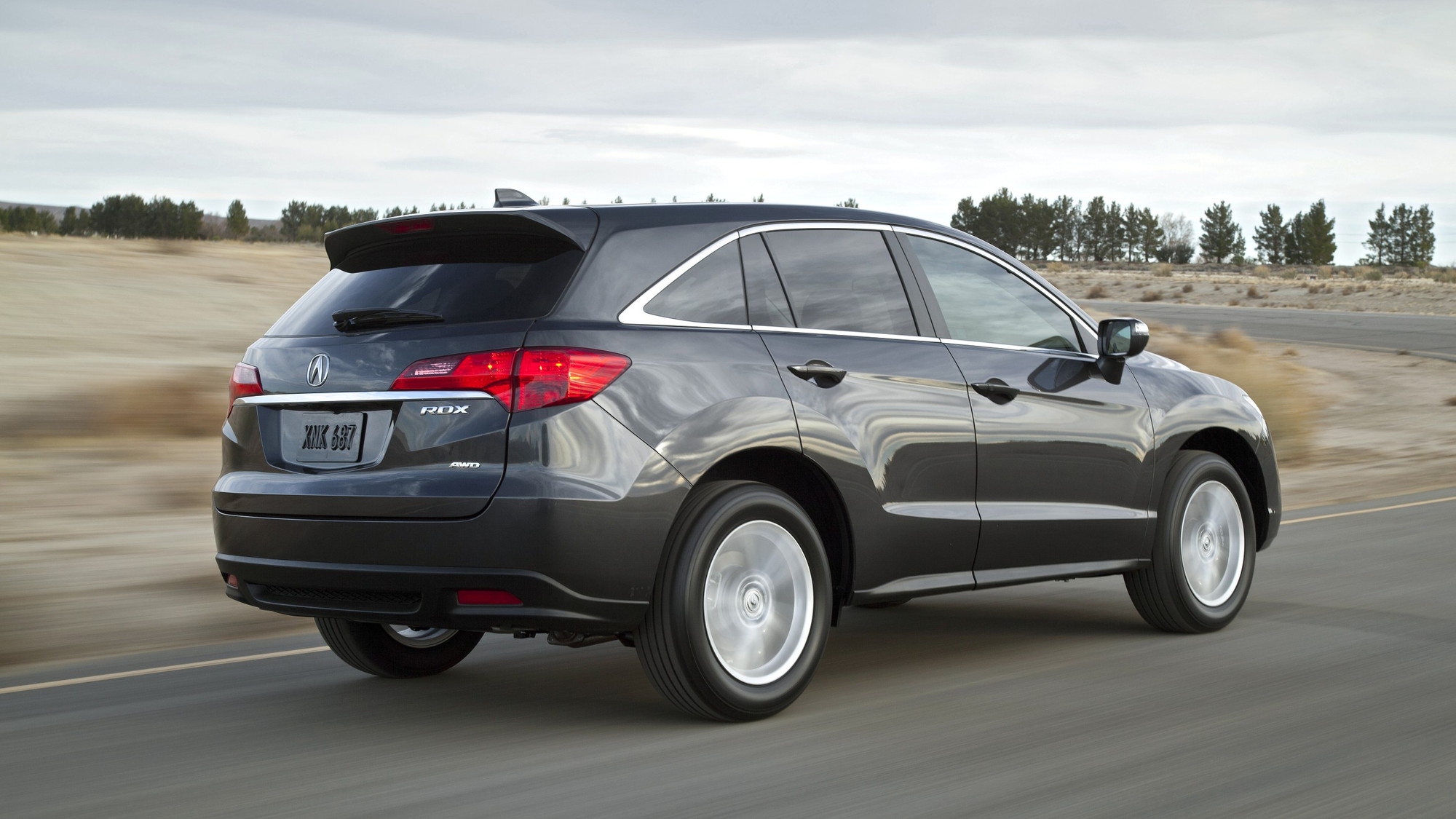 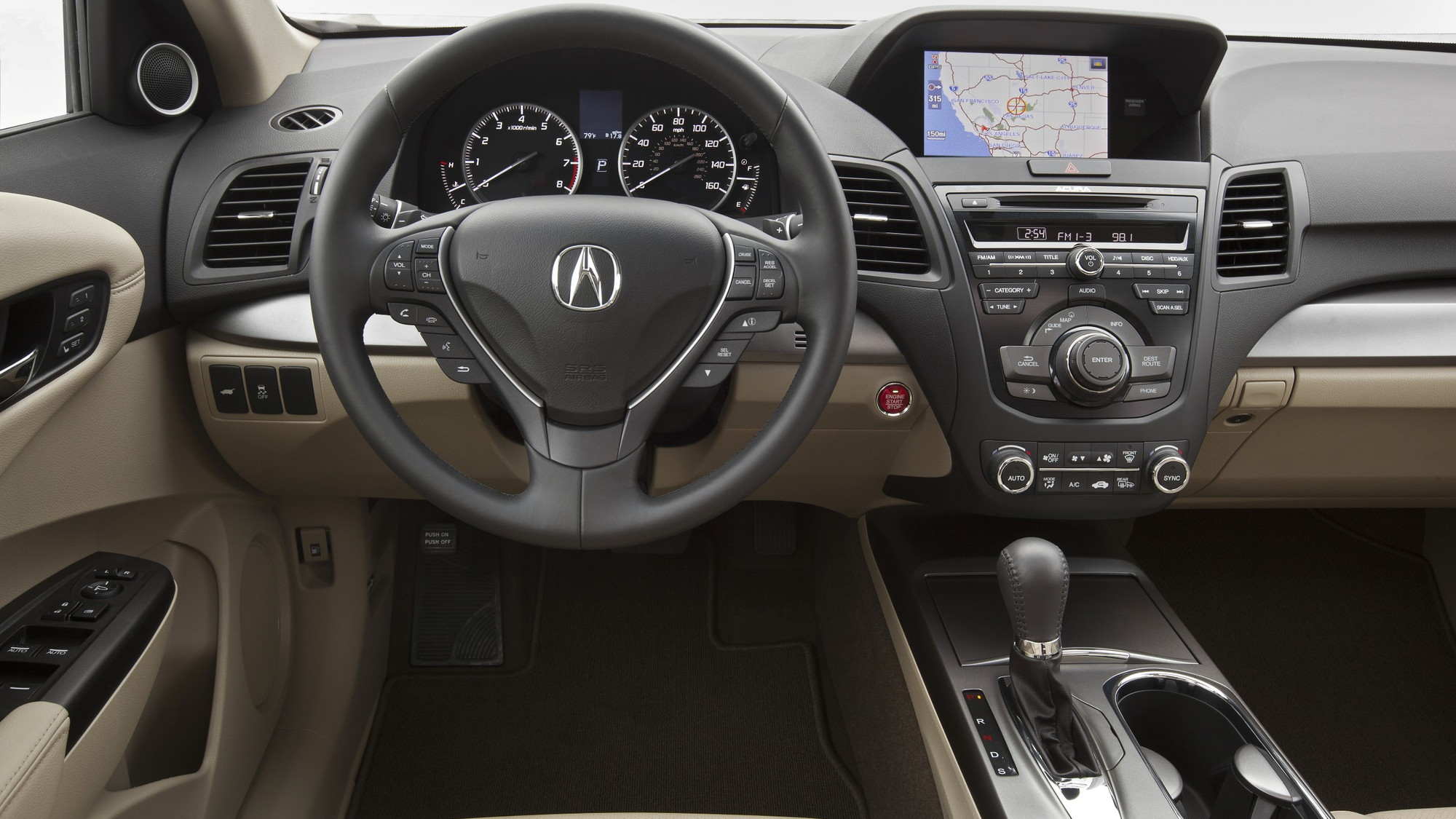 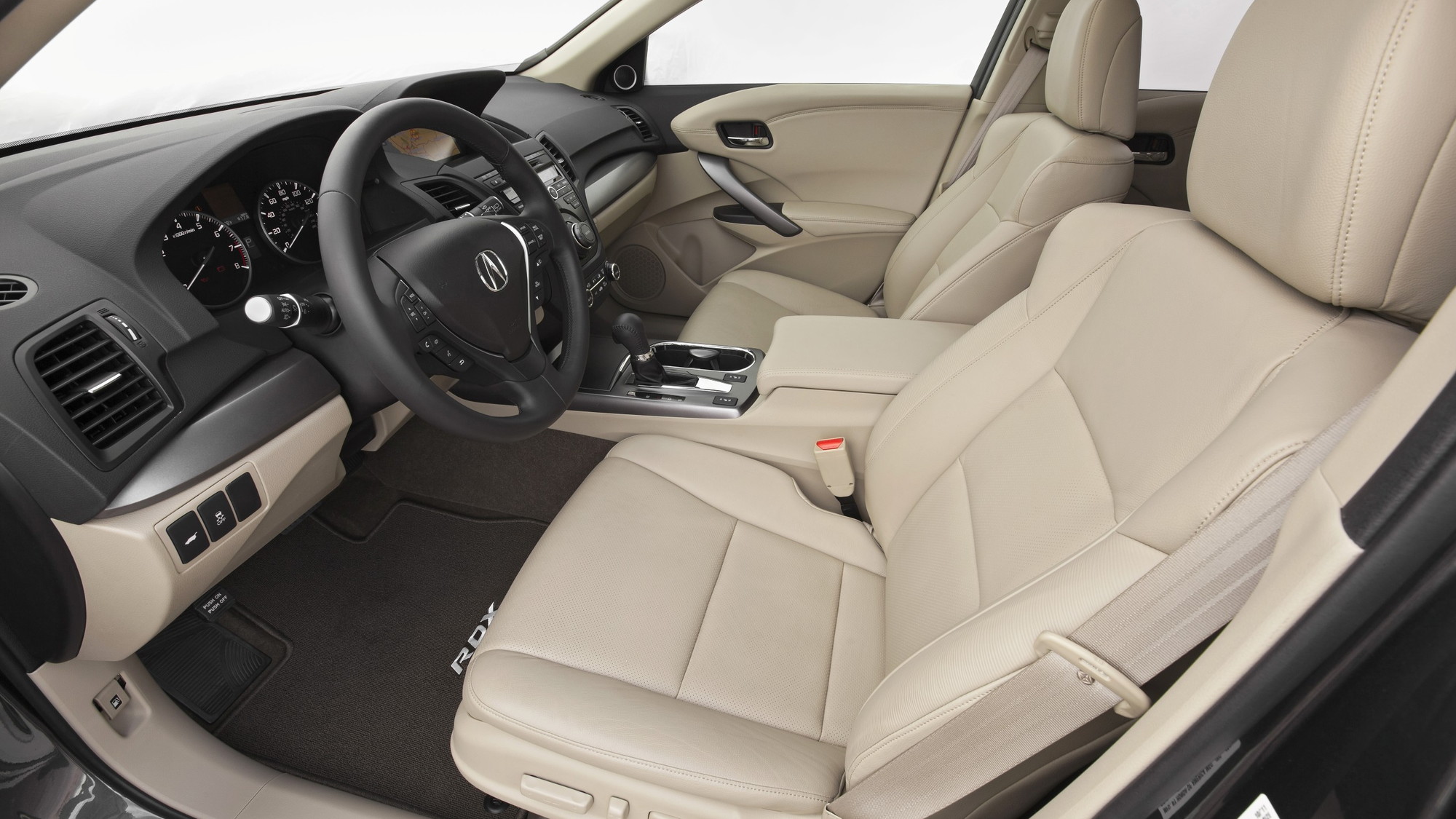 If you've driven the previous Acura RDX, you know the definition of compromise. While it was, in many ways, ahead of its time, the RDX was rough, balky, and awkward as much as it was peppy, fun, and high-tech. Times have changed.

The 2013 Acura RDX doesn't look all that much different from the last on first glance. Nonetheless, it's all new, with different exterior and interior styling, a new powertrain, and a vastly different character--and it's aiming at a new target market.

As a member of the previous RDX's target market, I understand why it didn't succeed. Late 20s and early 30s professional men with a taste for both luxury and sport sound like good buyers. We're not. We buy modern classics gently used, we buy sport and forsake luxury, or we buy above our means and cut corners elsewhere. We don't make the compromise the last RDX required.

Disclaimer: Acura flew me out to a pretty sweet resort in Scottsdale for this drive, put me up for a couple of nights, and fed me surprisingly well. Despite all of that, I managed to keep my wits about me.

The new RDX may succeed where the last did not, as it requires far fewer compromises. In maturing into a more complete vehicle, it has also set its sights on younger pre-children couples, older empty-nesters, and those between that don't need as much kid-and-gear-wrangling capacity.

But how does it drive?

Not having a chance to really live with the RDX in our short stint with it in Phoenix on Acura's dime, we can't speak well to its longer-term qualities. On the road, both canyon and highway, however, it's surprisingly good.

I should note that I dont like crossovers much, as they seem like needlessly tall and tippy hatchbacks. I'm not a normal person in that regard. But the Acura RDX rises above that simple epithet to deliver something more akin to a cross between a luxury sedan and an SUV, much like the BMW X6, though not quite so large or nice. The exterior design even mimics the X6, in a way, with a more coupe-like top and a more SUV-like bottom.

Powered by a 3.5-liter V-6 engine rated at 273 horsepower, the 2013 RDX is anything but slow. It's not exactly quick either, and the 240-horsepower 2.3-liter turbo it replaces actually has considerably more torque--more area under the curve--until about 4,500 rpm. The new engine is more efficient, rating 20 mpg city and 28 mpg highway in FWD trim, and 19/27 mpg in AWD. Acceleration, however, is quick and relatively effortless. Part of this comes from the RDX's less-than-portly 3,700-3,900-pound weight, depending on equipment and choice of front- or all-wheel drive, and part comes from lower gear ratios through fifth, with a taller sixth for gas mileage.  Thanks to this combo, it'll reel off 0-60 mph times conservatively claimed in the seven-second range, per Acura.

At each corner, a trick new damper helps even out ride quality while providing more firmness in sportier moments. It does it through a curious spring-and-piston arrangement, and it mostly succeeds.

Two pistons ride in the damper, one for normal duty, handling smaller displacement bumps and dips. A second, tethered to it by a light spring, comes into action when the shaft moves farther. This second piston greatly increases damping forces, essentially doubling them, to provide the firm, settled handling most of us associate with sportiness. A secondary spring, more powerful, resides within the damper as well, aiding rebound forces.

The problem with the system, however, is that it relies not on the speed of the damper's movement--the frequency, as it were--but on the amplitude. This means a certain amount of body roll is required before the secondary piston engages, taming the soft and comfortable ride into sporty submission. The result is a crossover that will, ultimately, handle very well approaching the limit, but provides little in the way of confidence-inspiring feedback at initial turn-in.

Fortunately for most, it's the comfortable mode that functions 99 percent of the time, ironing out even rather impressive bumps with ease. The well-weighted electric power steering's lack of sensory feedback will further discourage any sport sedan-imitating histrionics.

The six-speed automatic transmission functions as another minor deterrent to truly sporty behavior, despite its paddle shifters. When giving it a solid boot, whether merging onto the freeway or attempting to slingshot out of a tight corner, in sport mode or regular, there's a momentary hesitation--not major, but enough to feel the deceleration briefly--before it kicks down a gear or three and takes off with proper gusto and a fair howl from the V-6 under the hood.

All of the drawbacks aside, driven back-to-back with the BMW X3 and Audi Q5, we might find most of these faults to be compact crossover traits, rather than flaws specific to the RDX. In fact, after nearly wearing out the event's support staff, the RDX proved to be tied with the X3 for most fun-to-drive.

Inside, the RDX, like many other of the sub-TL portions of the Acura range, comes off as a very, very well-done mainstream car, and less so as an entry-level luxury car. Contrasted with the Audi Q5's interior, the difference is stark.

While the Q5 offers few materials improvements, the design, fit, and finish of the same raw matter is miles better, at least to my eye. It's like the difference between a higher-end off-the-rack suit (the RDX), and an entry-level custom tailored alternative (the Q5). Both are nice, but you'll pick the tailored suit from your closet first every time.

That said, the Q5, and the BMW X3 for that matter, are quite a bit more expensive than the RDX, which roams around in the $35,000-$40,000 range--about 10 to 20 percent more expensive, depending on the equipment chosen. And at similar price points, the RDX offers some things standard, or as part of the Technology Package, that the X3 and Q5 lack, like sunroofs, higher-end audio systems, or GPS-linked climate control.

On the other hand, the X3 and Q5 have truly high-end technology that's simply not available on the RDX: things like adaptive cruise control, blind spot monitoring, and parking assitance.

At the end of our day with the RDX, I'd come to the conclusion that while it wasn't fully into the luxury realm, it was competitive with the entry-level players, not just on the spec sheets, but in the real world.

Driving down the road, listening to a truly excellent Acura/ELS sound system in utter quiet, occasionaly dicing a curve a bit faster than the posted limit, then backing off and cruising in comfort, I was happy. Happy as I was in the X3 or the Q5. Perhaps not as full of myself when I had the German badges at my compass points, or when I glanced down to the controls, but eyes up, out the windshield, soaking in the saguaro and the sunshine, happy.