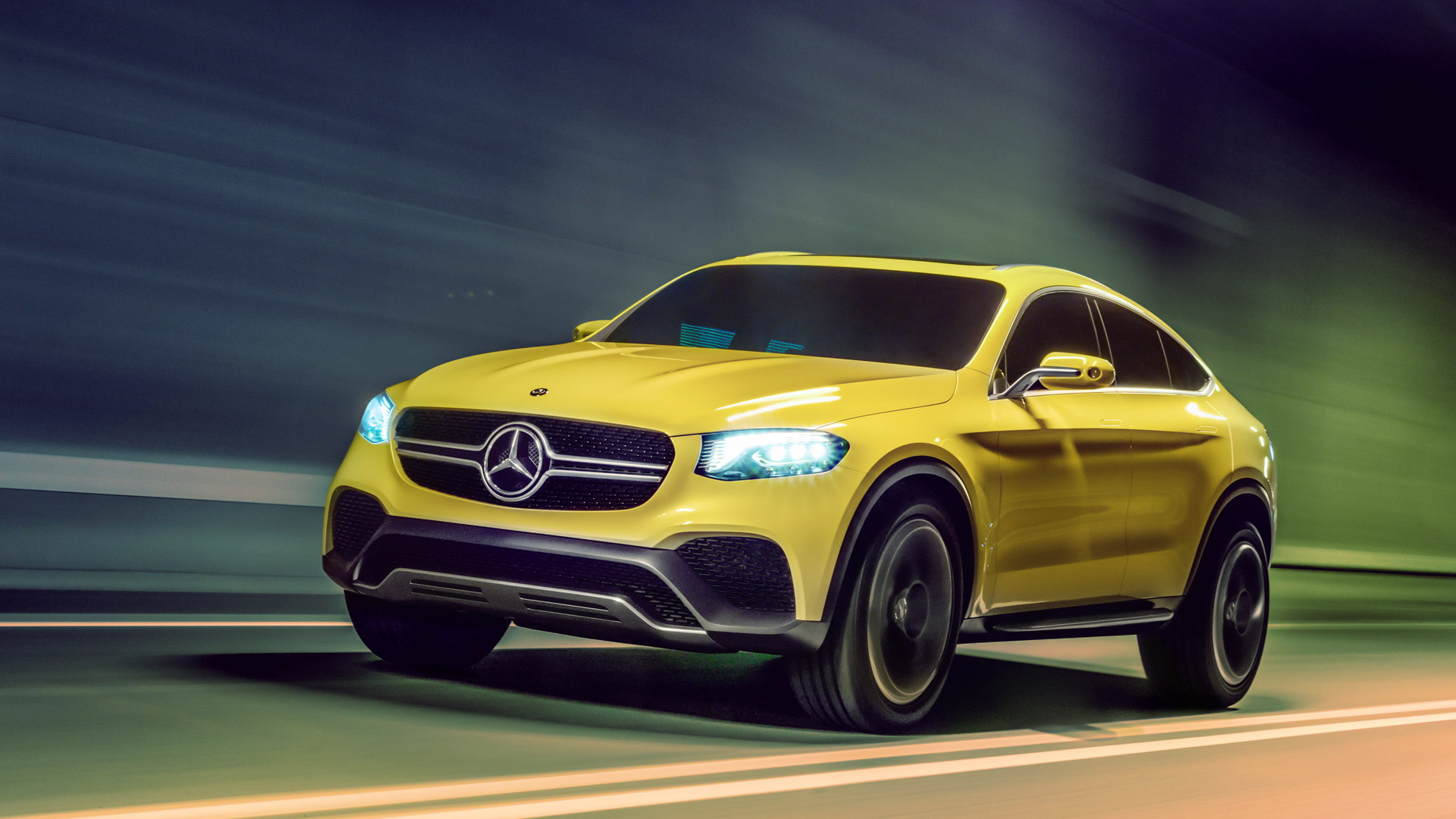 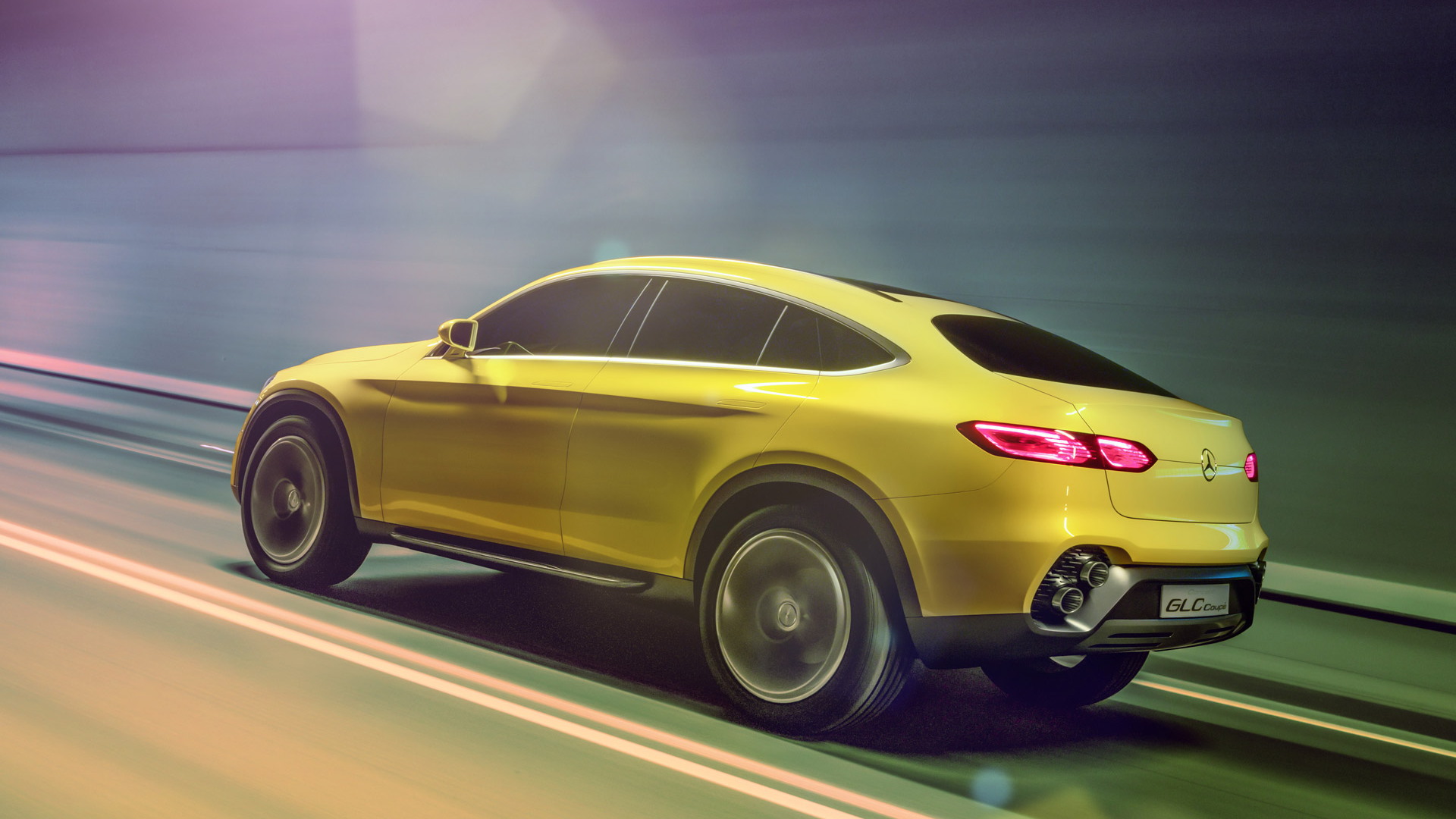 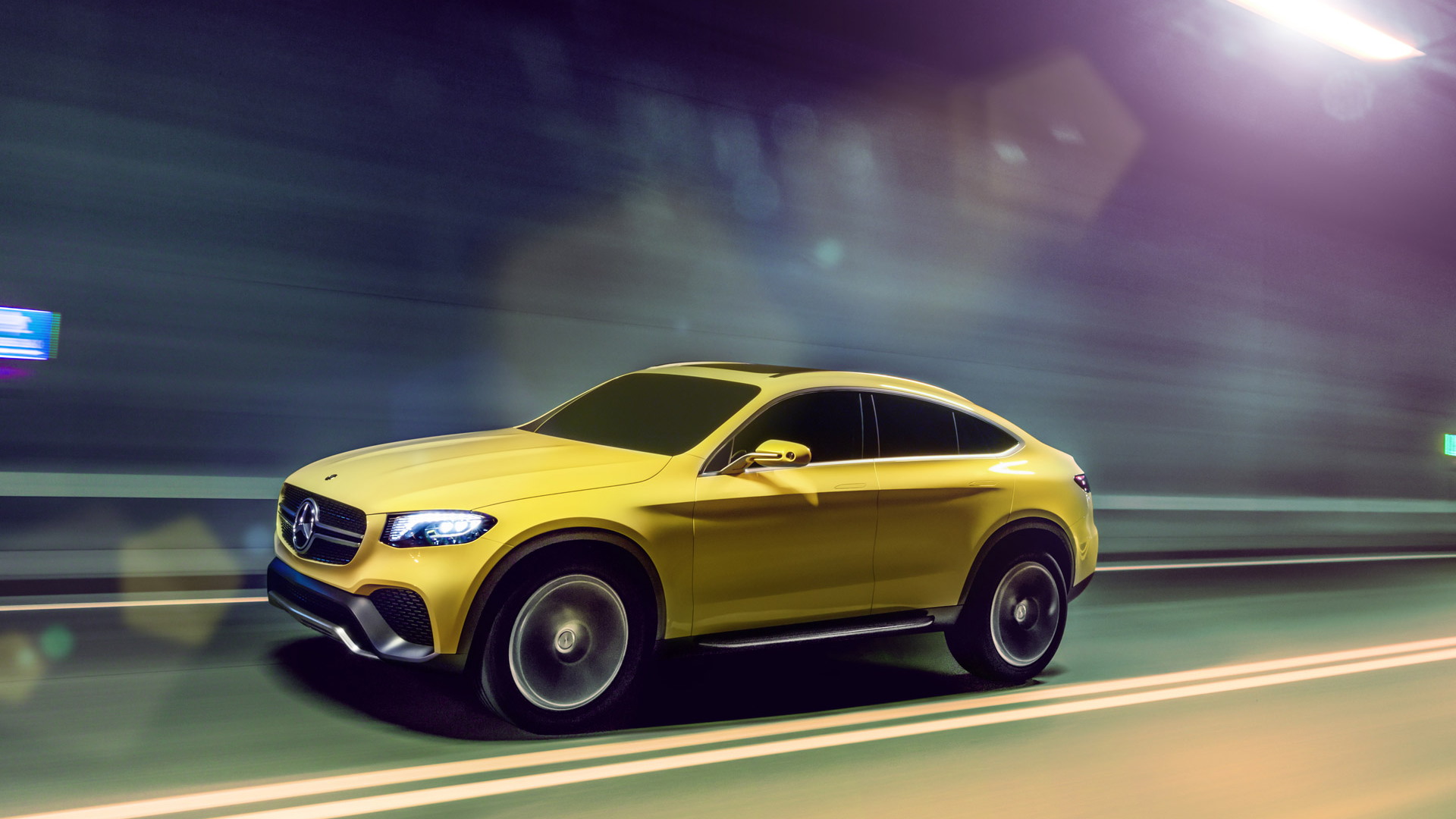 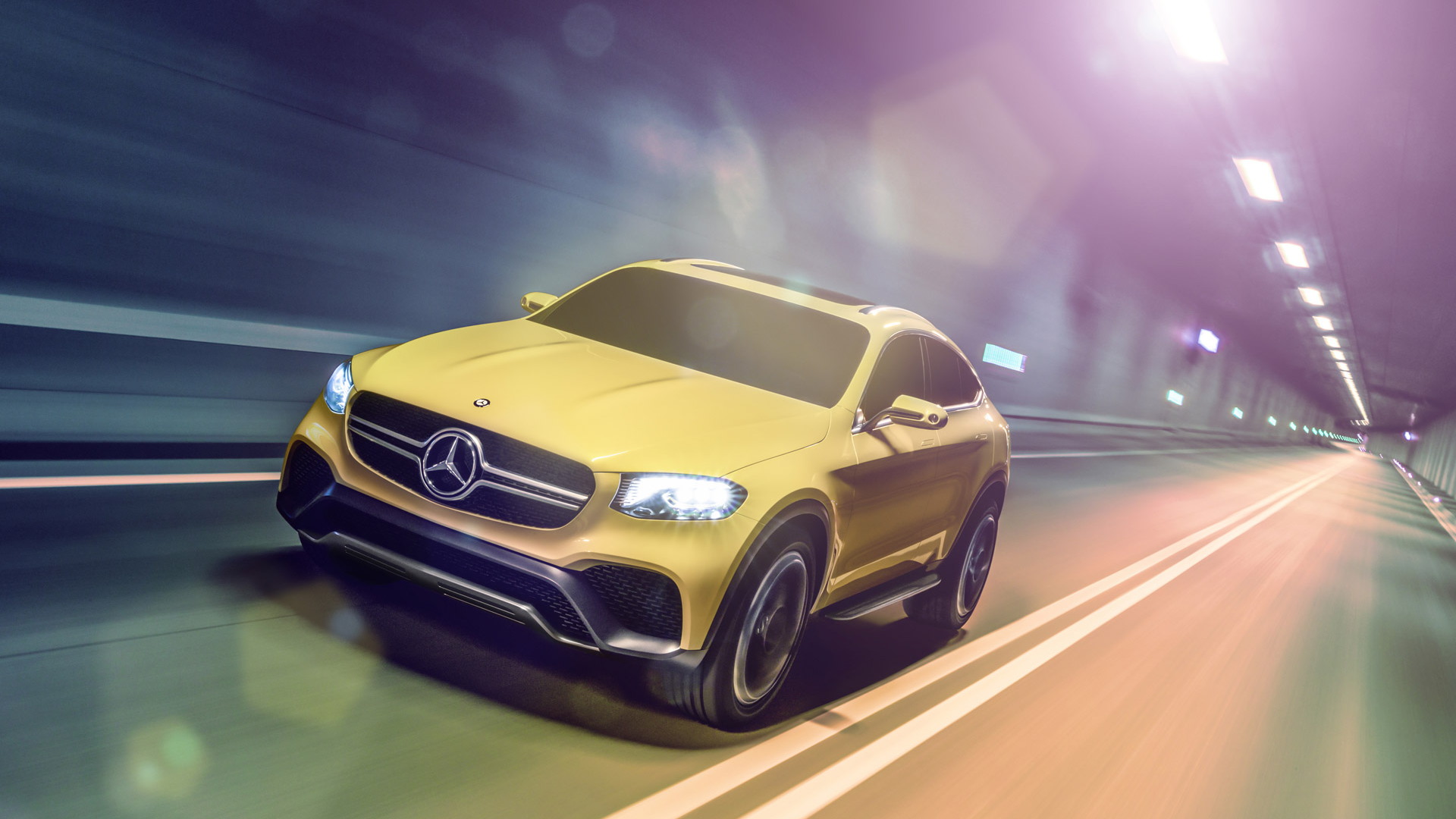 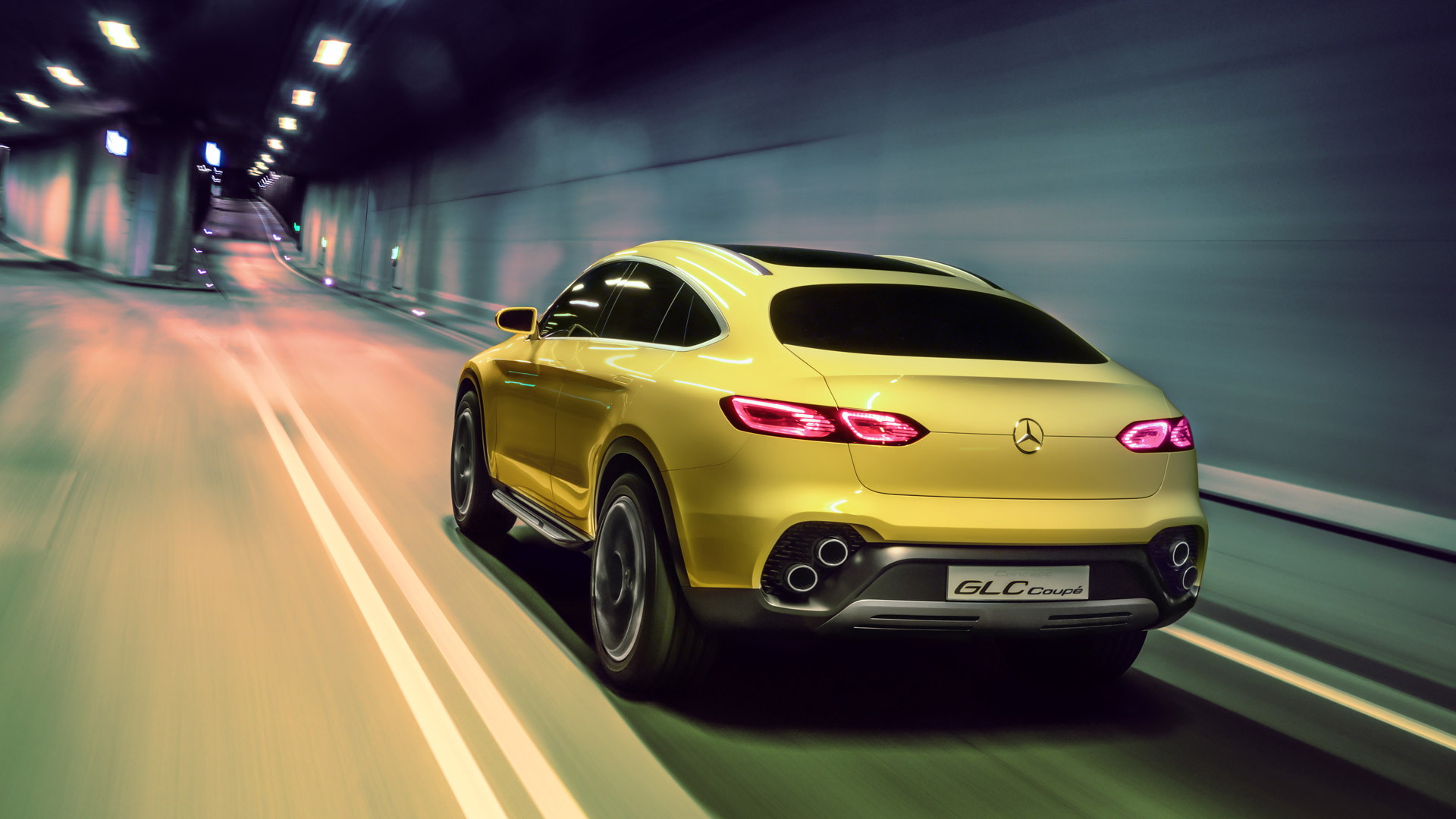 It took Mercedes-Benz close to a decade to come out with a rival for the BMW X6, which came earlier this year in the form of the 2016 GLE Coupe. But with BMW now offering an X4 as well, Mercedes isn’t wasting any time in developing a smaller companion for its own coupe-like crossover. We’re getting our first taste of that smaller companion with the Concept GLC Coupe debuting tomorrow at the 2015 Shanghai Auto Show.

You may recall it was at an auto show in China last year that Mercedes rolled out its original Concept Coupe SUV, which previewed the GLE Coupe. Well, given the market’s love of high-riding models it should come as no surprise the German automaker chose another Chinese show for its latest Concept GLC Coupe. This one looks almost ready for production, suggesting that the green light has already been given.

Mercedes doesn’t outright state that the vehicle is headed for production but pretty much lets the cat out of the bag with the comment that it has “room for further models, such as a production version of the Concept GLC Coupe.” Mercedes also admits that sales of coupe-like crossovers have been a success for rivals, and that a production Concept GLC Coupe was a logical extension of the automaker’s lineup of four-door coupes.

But the Concept GLC Coupe is more than just a preview of a single model from the Three-Pointed Star. As chief designer Gordon Wagener explains, the concept also hints at the styling we can expect on future SUVs from Mercedes. One of these will be the 2016 GLC, the replacement for the GLK-Class.

The Concept GLC Coupe measures 186.2 inches in length, 78.7 in across and 111.4 in for the wheelbase. The vehicle sticks with the smooth, almost sensual design found on all modern Mercedes cars, and contrasts this with an aggressive A-wing splitter at the front, black underbody protection along the sides, and stacked exhaust tips at the rear. The wheels measure 21 in across and are shod with 285/45 size tires.

We haven’t been able to get a look at the interior but we’re told it features the automaker’s 9G-Tronic automatic. The nine-speed transmission is paired with the turbocharged V-6 found in the recent AMG Sport models and produces 362 horsepower and 384 pound-feet of torque. Drive is to all four wheels via a 4Matic all-wheel-drive system, and depending on the transmission mode setting the exhaust offers either a commandingly subdued rumble or the passionate sound of a high-powered sports car.

The Shanghai Auto Show gets underway tomorrow. To see what else will be at the event, head to our dedicated hub.