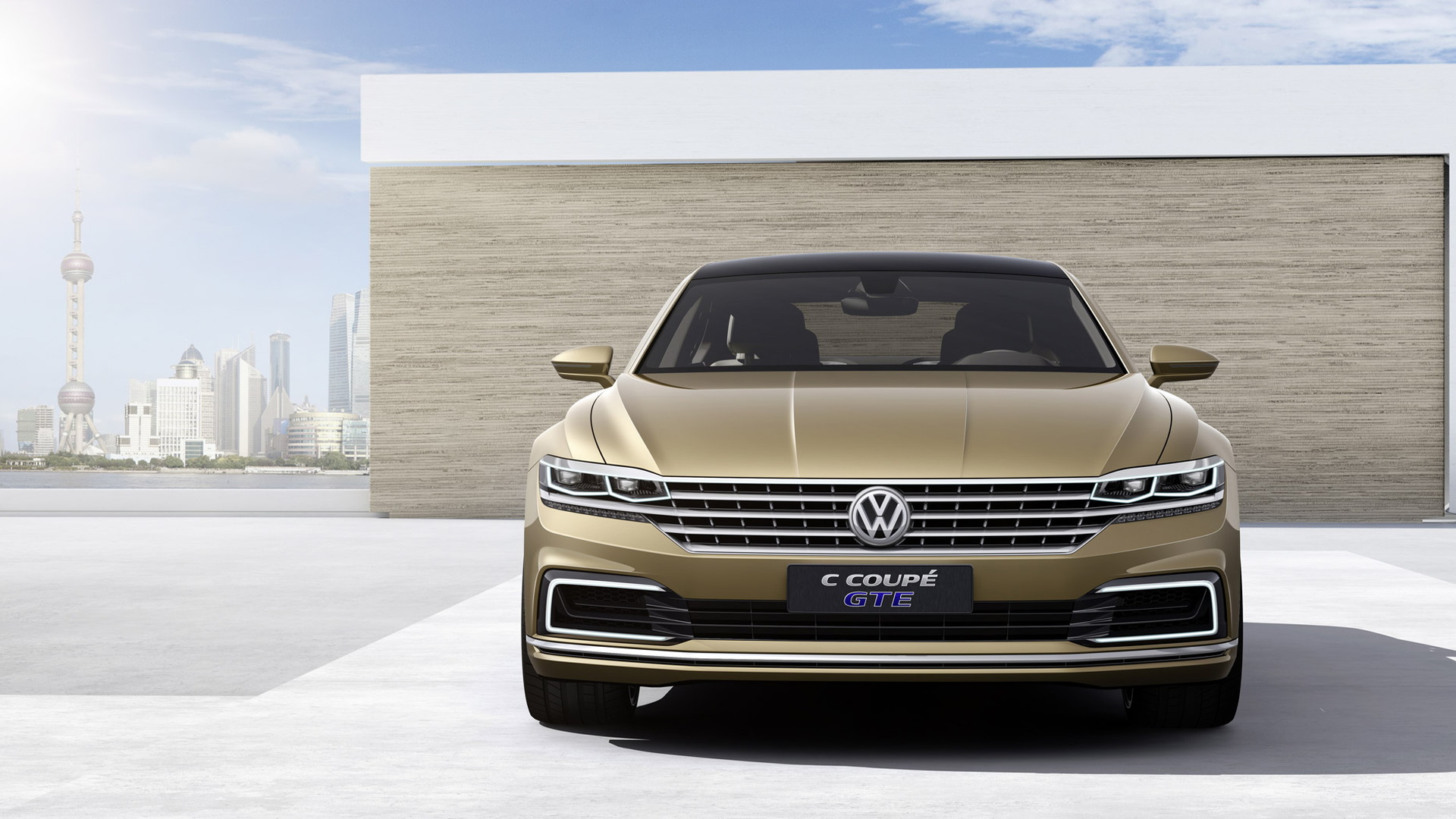 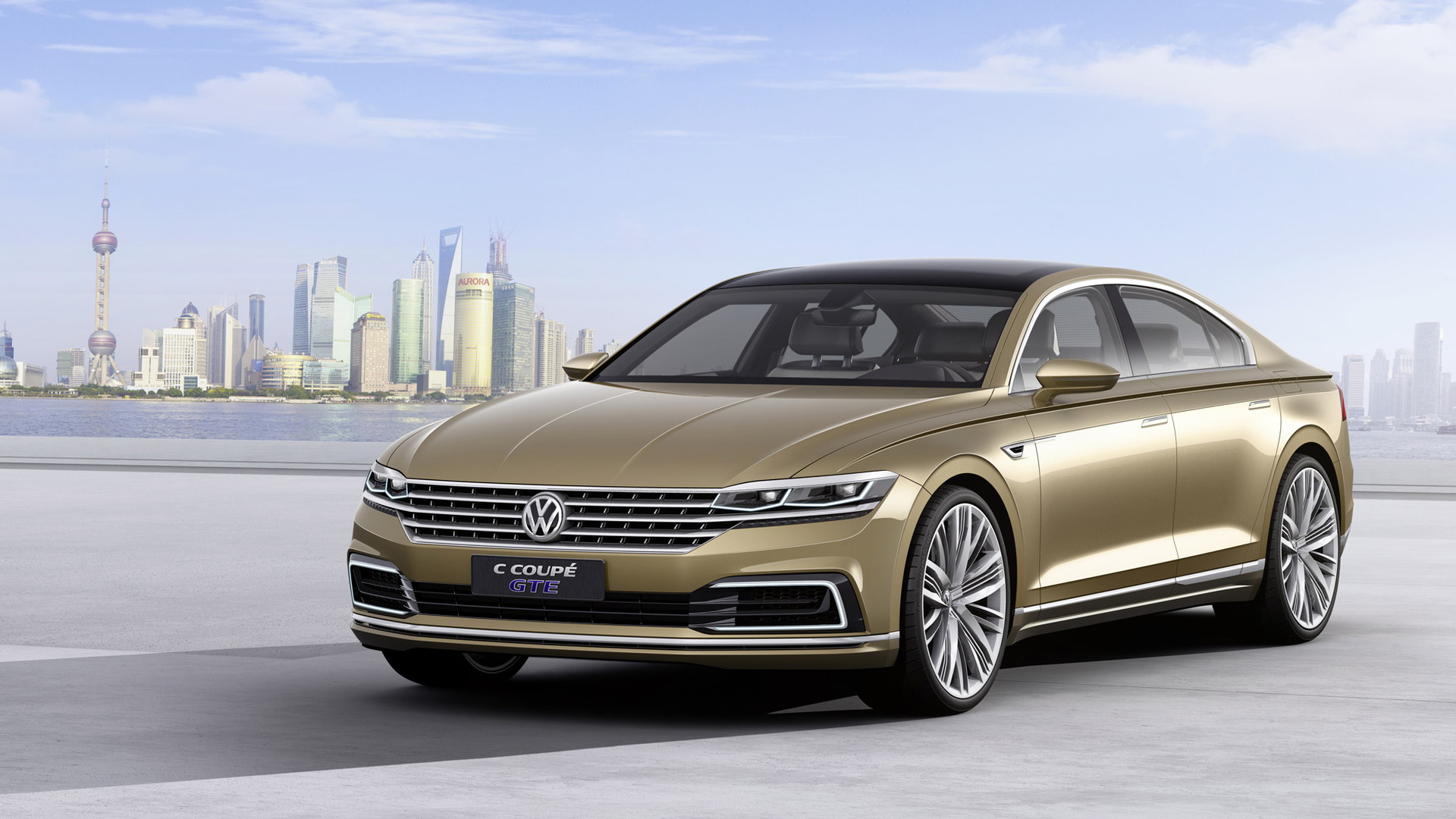 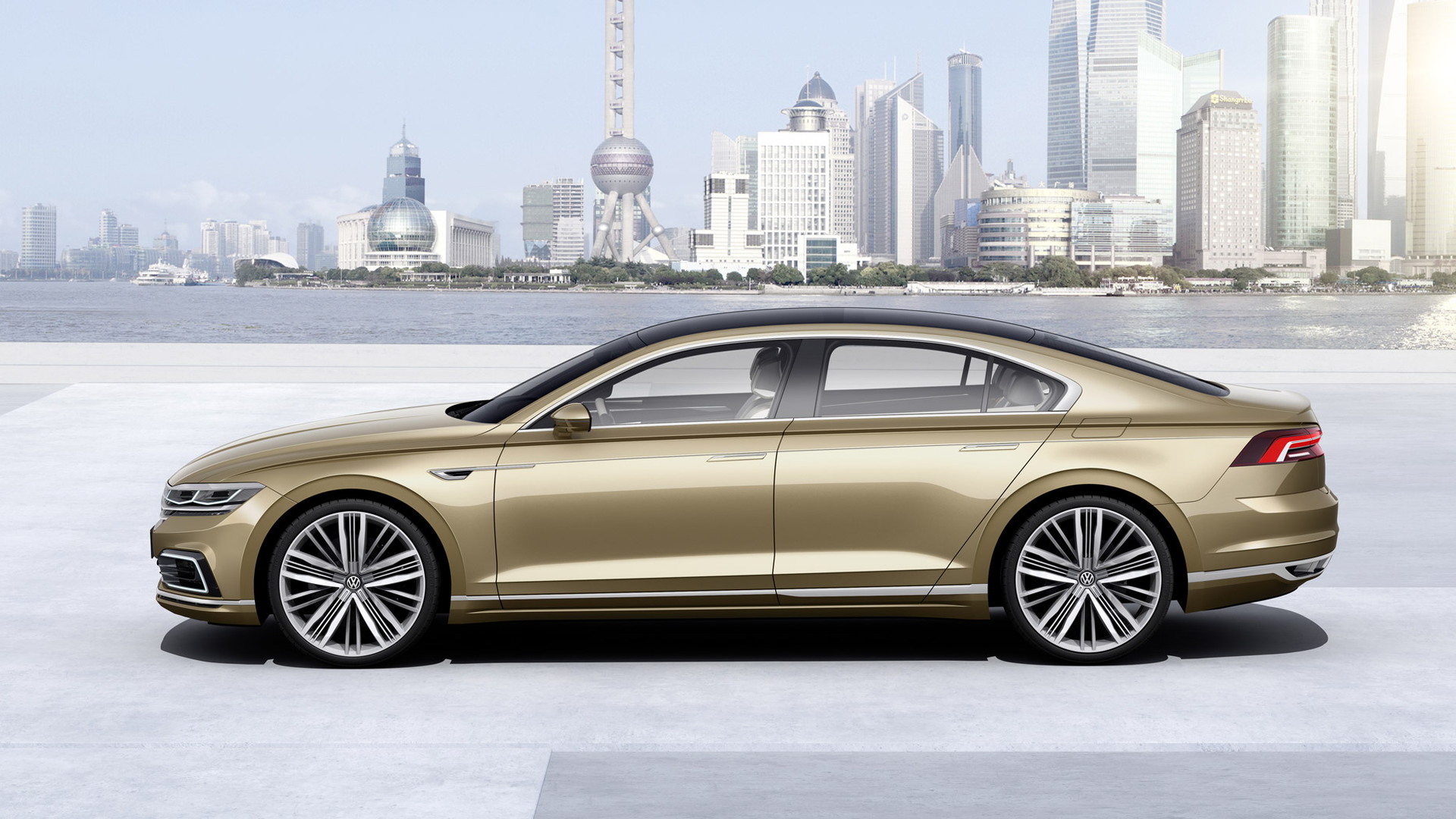 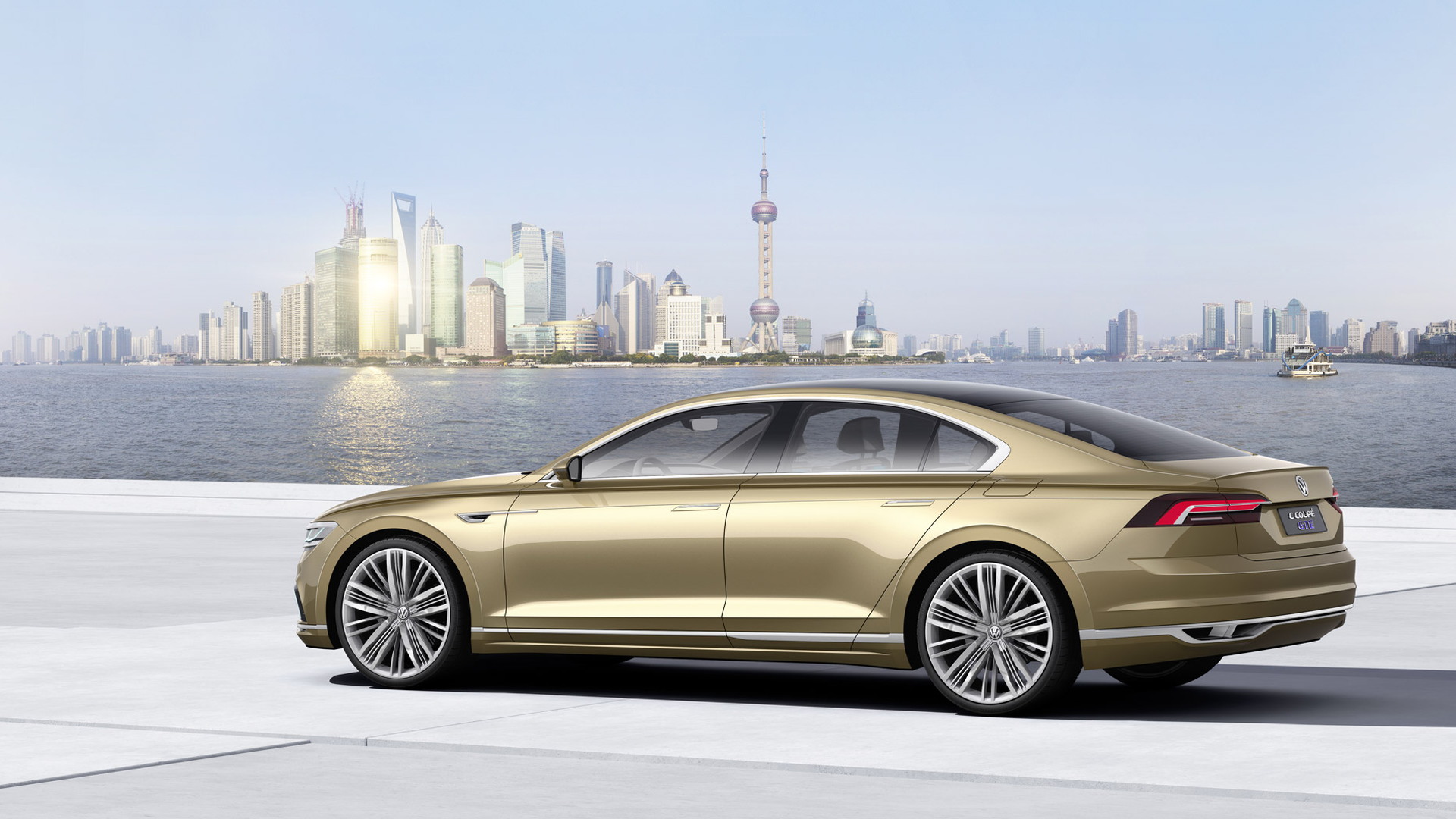 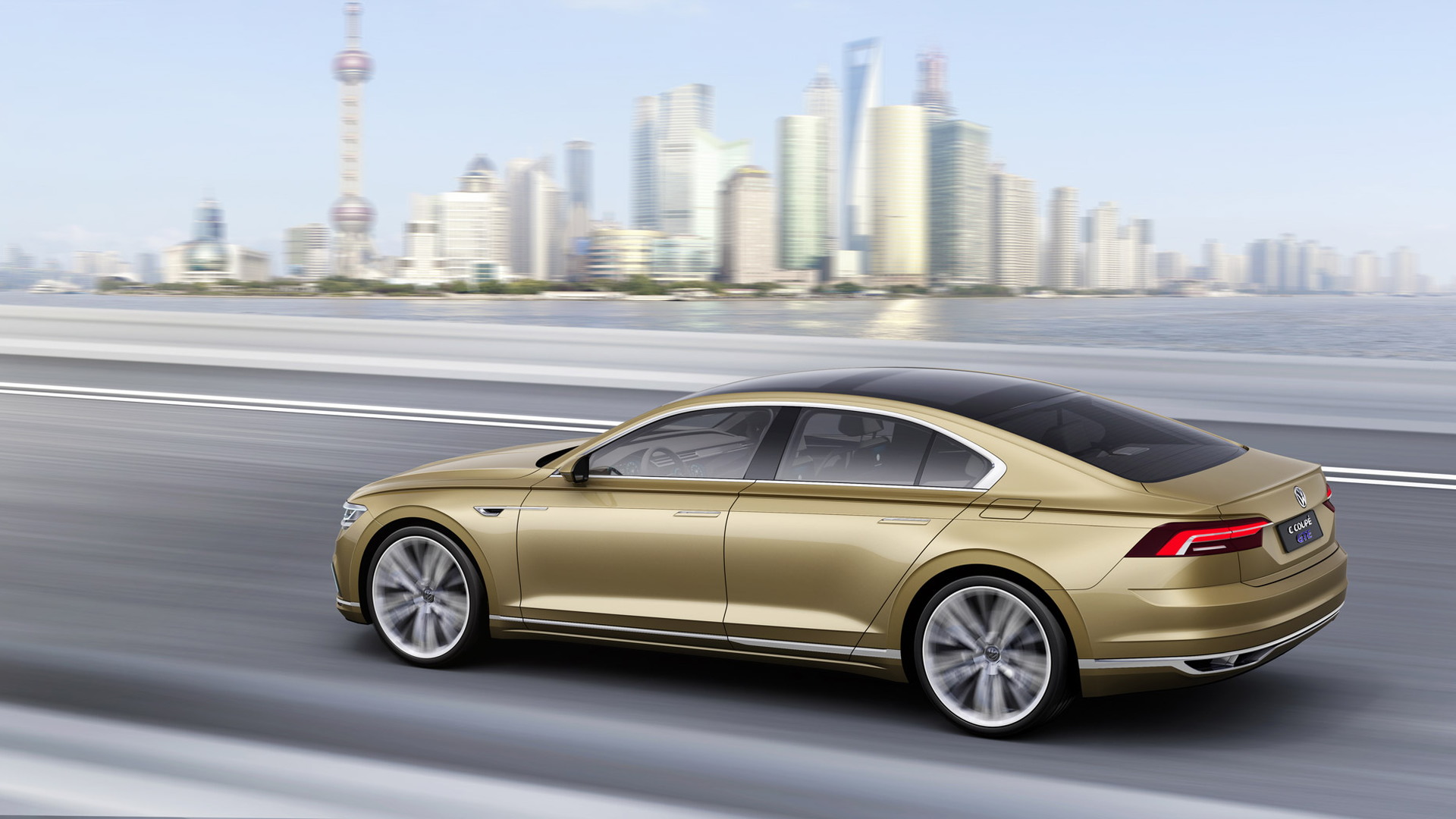 Volkswagen has a variety of models it sells only in China, such as the Santana compact sedan and more recent Lamando four-door coupe. Now, the German automaker is previewing another model aimed exclusively at the Chinese market with the C Coupe GTE concept car, unveiled ahead of its debut tomorrow at the 2015 Shanghai Auto Show.

The C Coupe GTE is a large, four-door coupe not unlike the slightly smaller CC sold here. It’s based on the MLB platform of the current Audi A6 and stretches 199.7 inches in length, positioning it somewhere between the Passat mainstay and the Phaeton flagship. But why is VW calling its concept a “coupe” when it’s clearly a sedan? VW Group chief designer Walter de Silva provides an insight into the automaker’s thinking.

“Sedans have changed hugely in recent years,” he explains. “The new rear-end design that is oriented to the classic two-door coupe has given them more personality—the Volkswagen designers have integrated this stylistic element into the very dynamic design of the C Coupe GTE saloon.”

Defining design traits include the strikingly long hood and short overhang, resulting in a powerful and elegant look. Horizontal lines and sharp, precise edges are the dominant elements that structure the vehicle, and this flows into the cabin. But there’s much greater significance to the design than just being a preview of a new Chinese-market sedan. VW says the C Coupe GTE also previews the design of the brand’s future upmarket models like next-generation CC and even the next Phaeton due by the end of the decade.

“The future of the new Volkswagen premium class models is starting in Shanghai because the C Coupe GTE very clearly shows the new face of top Volkswagen sedans for the first time,” VW brand design chief Klaus Bischoff explains. “The evolution of the Volkswagen design DNA shown here will accompany us worldwide, and on the way to the new Phaeton.”

Like the exterior, the interior also hints at the upmarket look we can expect in the new versions of the CC and Phaeton. The dash panel and the interior architecture have been designed with a driver-centric focus, while the rear has a very lounge-like ambience with just a pair of executive seats found here. There’s even a chauffeur mode where information about the owner's appointments can be transferred via a smartphone to the infotainment system, so an actual chauffeur will know exactly when and where his boss needs to be.

Power in the C Coupe GTE comes from a plug-in hybrid powertrain, hence the “GTE” component of its name. GTE is short for "Grand Touring Electric" and is already used by VW for plug-in versions of its Golf and the Passat sold overseas. The specific system in the C Coupe GTE combines a turbocharged four-cylinder engine with a single electric motor sandwiched between the engine and an eight-speed automatic transmission. Peak output of the system is 241 horsepower and 369 pound-feet of torque, and drive is to the front wheels only. The 0-62 mph run takes about 8.6 seconds and top speed is 144 mph.

Thanks to a 14.1-kWh lithium-ion battery, which can either be charged up at home or on the run using the engine or regenerative forces, the C Coupe GTE can travel up to 31 miles on electric power alone, though top speed in this mode is limited to 81 mph. With a full tank of gas and a full battery, VW says the concept should be able to travel more than 684 miles. The driver can flip between various modes such as electric only or hybrid using a switch on the dash.