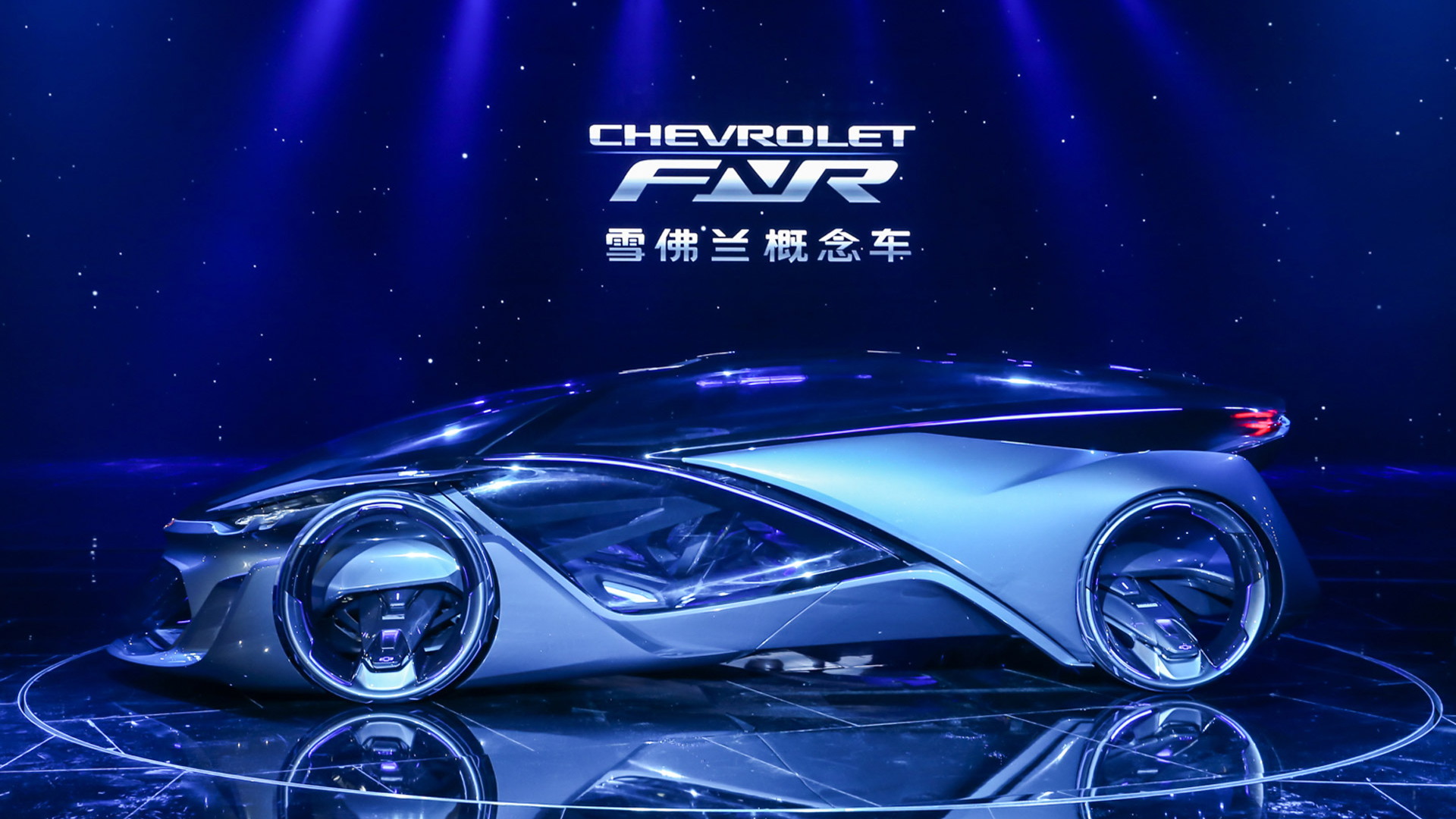 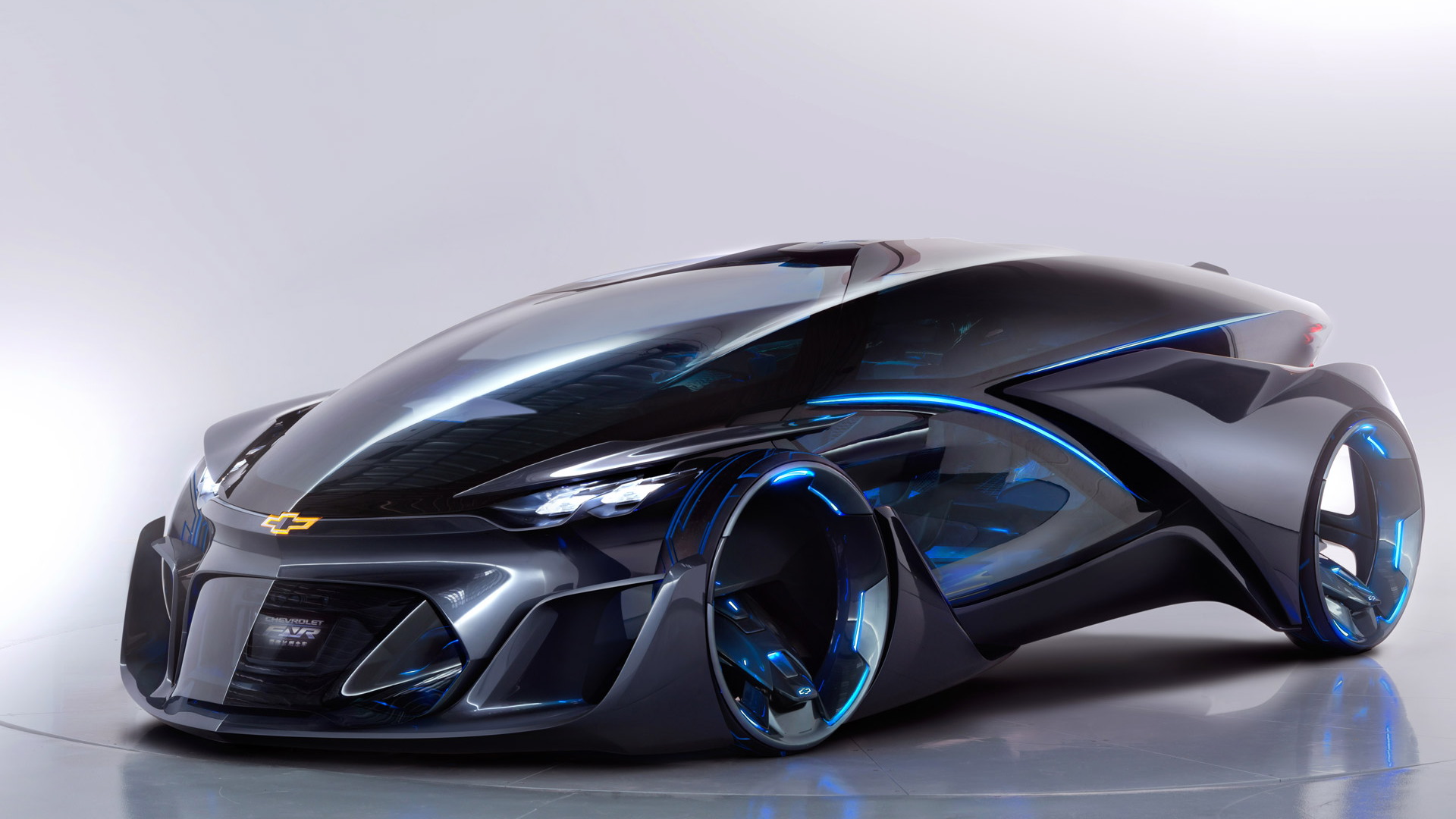 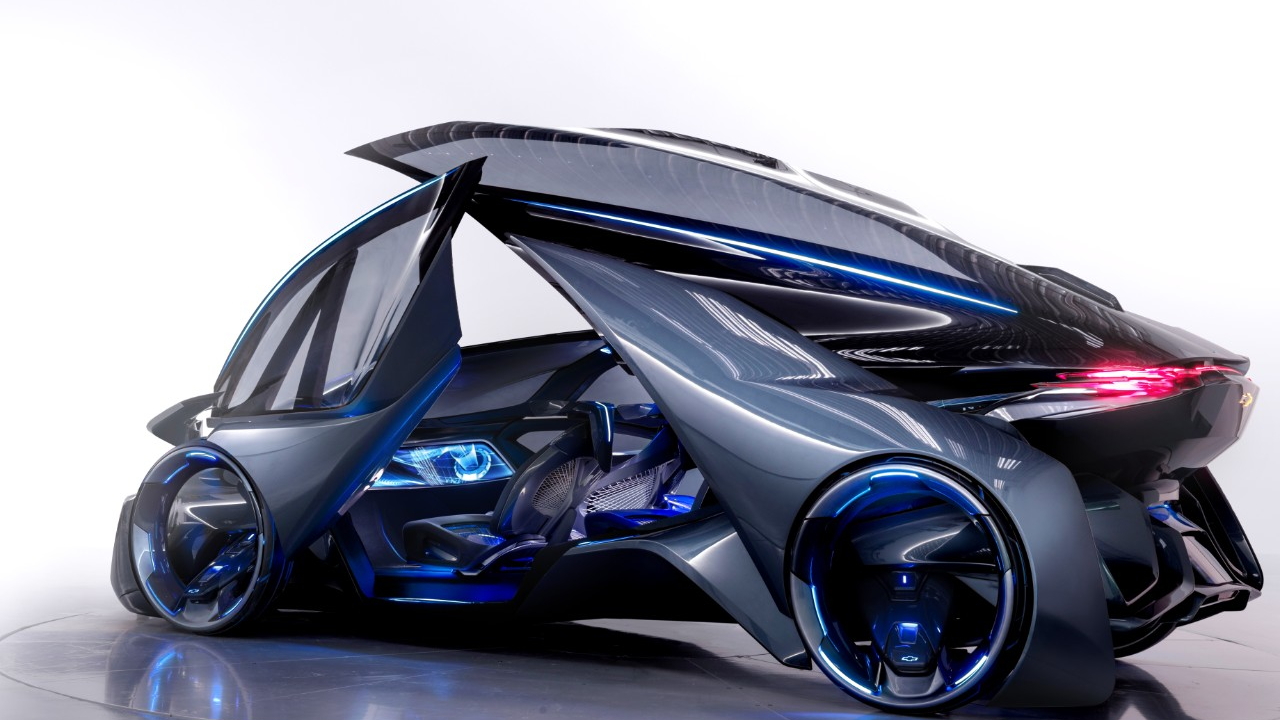 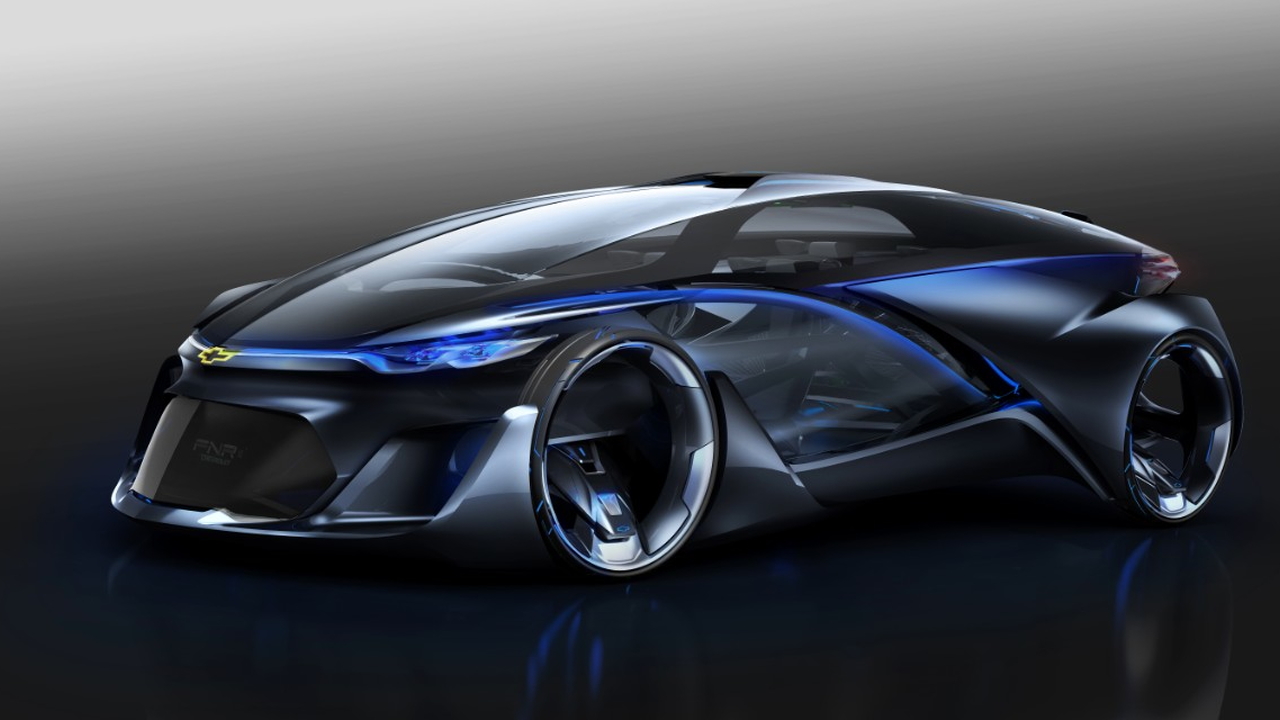 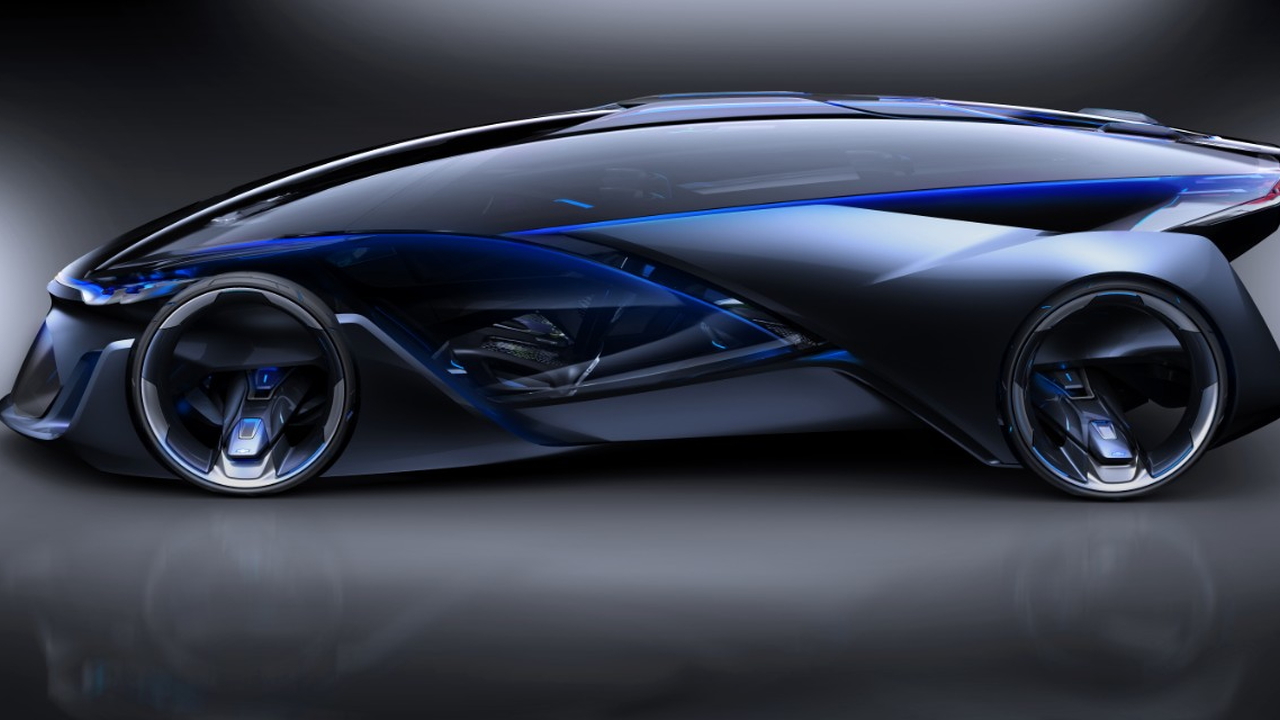 Amid a gaggle of sensible sedans and crossovers, Chevrolet unveiled a concept car that seems straight out of science fiction at the the 2015 Shanghai Auto Show. The Chevrolet FNR concept is an autonomous electric car that looks like a cross between Tom Cruise's Minority Report Lexus and the Batmobile. It was developed locally in Shanghai by General Motors Company's [NYSE:GM] Pan Asia Technical Automotive Center (PATAC) joint venture.

The FNR features what Chevy calls a "capsule design," with fairly minimal bodywork. The low-slung canopy does away with a conventional windshield and windows to make nearly every surface transparent, and the "dragonfly" doors peel away nearly all of the body to reveal the four-place interior.

Other notable styling features include crystal laser headlights and taillights, and an illuminated Chevy Bowtie badge in front. That's the only way you'll know this car came from the same brand that sells the Tahoe.

Chevy says the FNR is all-electric, with in-wheel motors that transmit power through a hubless magnetic system. Charging is done via a wireless induction system. Chevy didn't venture to estimate any power output or performance figures for its wild concept, unfortunately.

Like any good car of the future, the FNR also boasts plenty of gadgets. Onboard sensors and a roof-mounted radar unit allow for fully-autonomous driving. Drivers can toggle between autonomous and manual modes using gesture controls, and the front seats swivel 180 degrees in self-driving mode to face the rear seats.

With a human handling driving duties, the FNR can also act as a "personal assistant," according to Chevy. It also features something called Chevy Intelligent Assistant, and what may be the ultimate anti-theft device—an iris recognition ignition system.

The Chevrolet FNR concept won't go into production, but it's the latest concept from a major automaker to address autonomous driving and how that technological change might affect car design.

For more from the Shanghai Auto Show, head over to our dedicated hub.