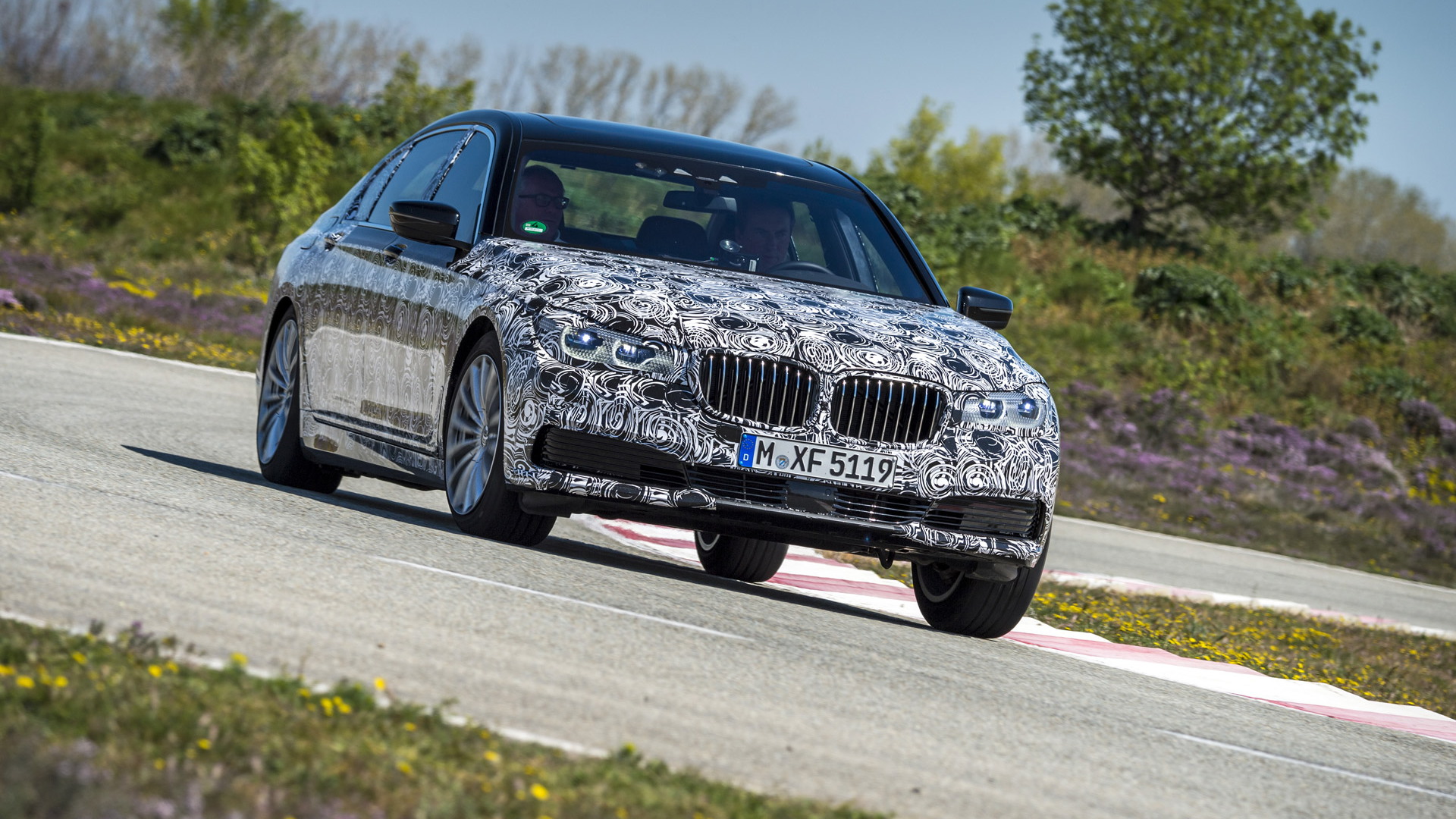 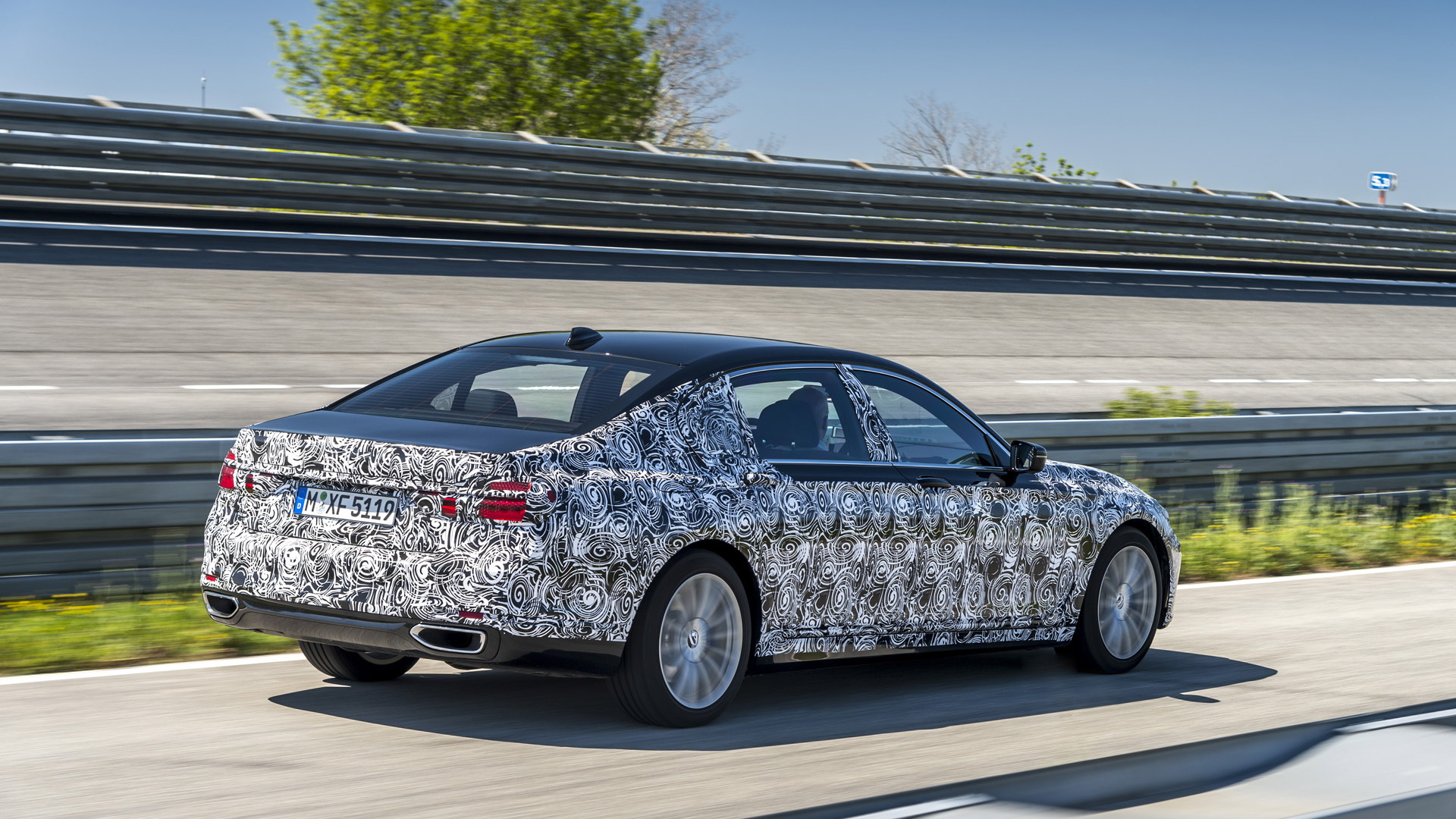 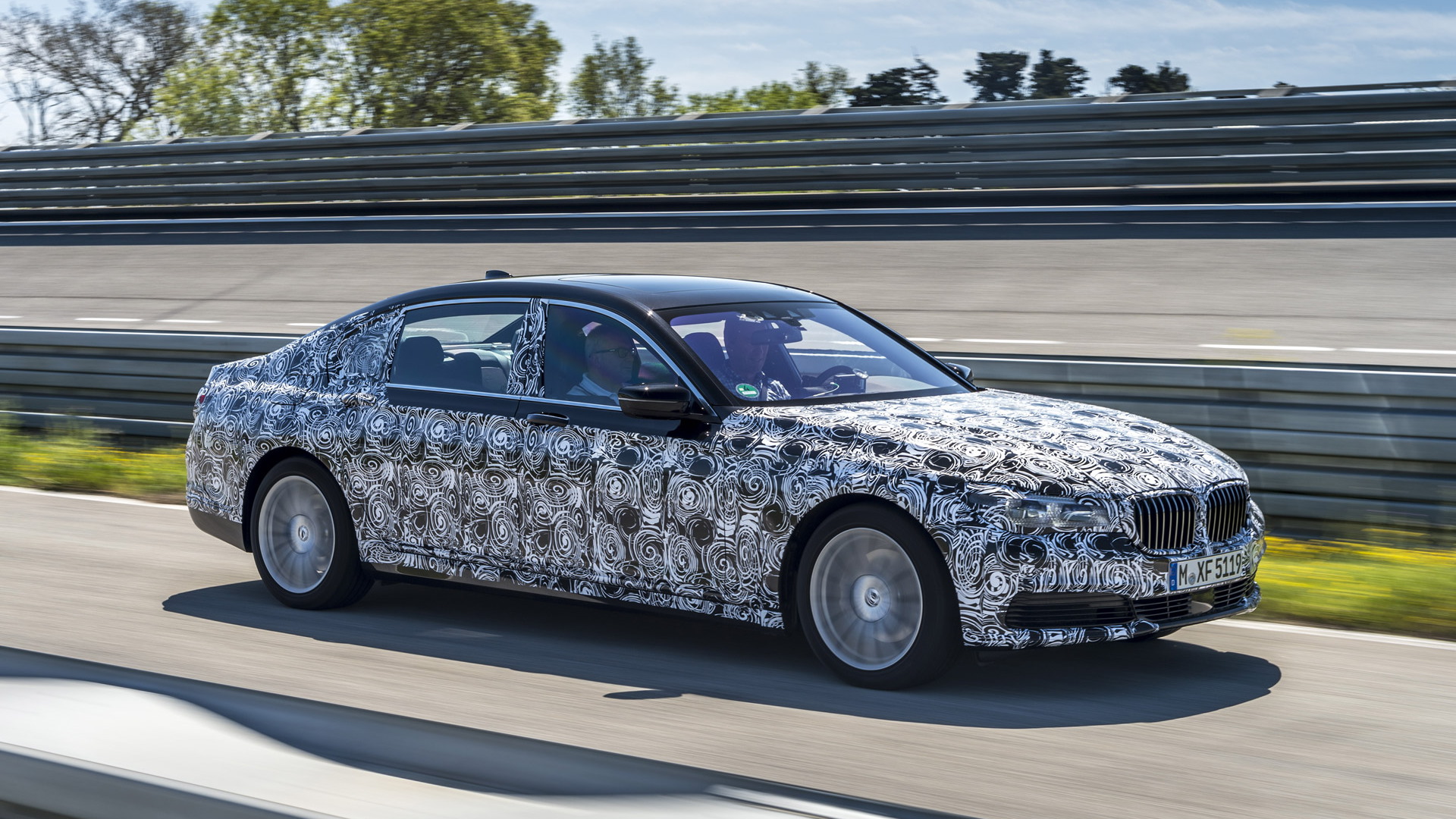 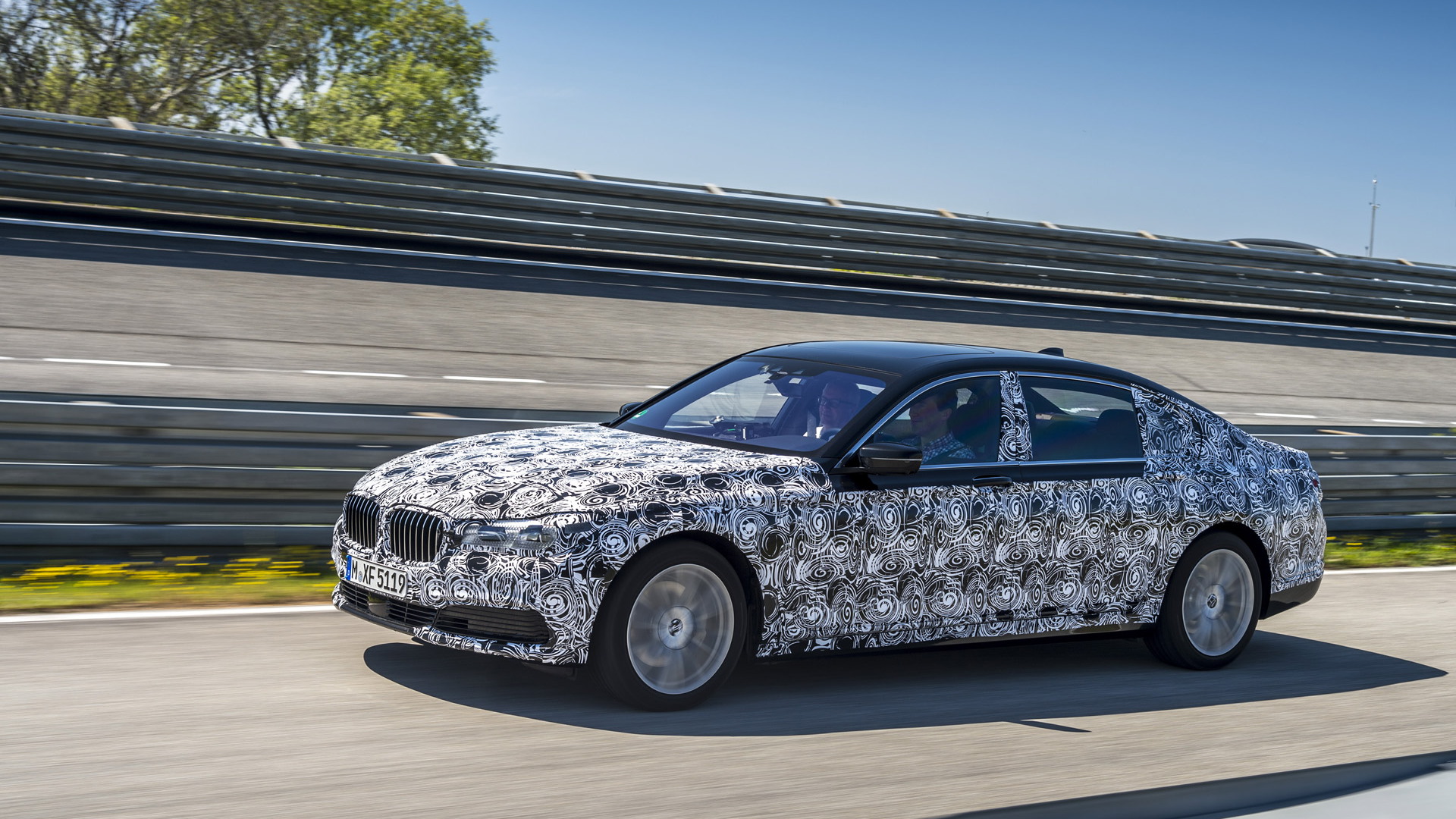 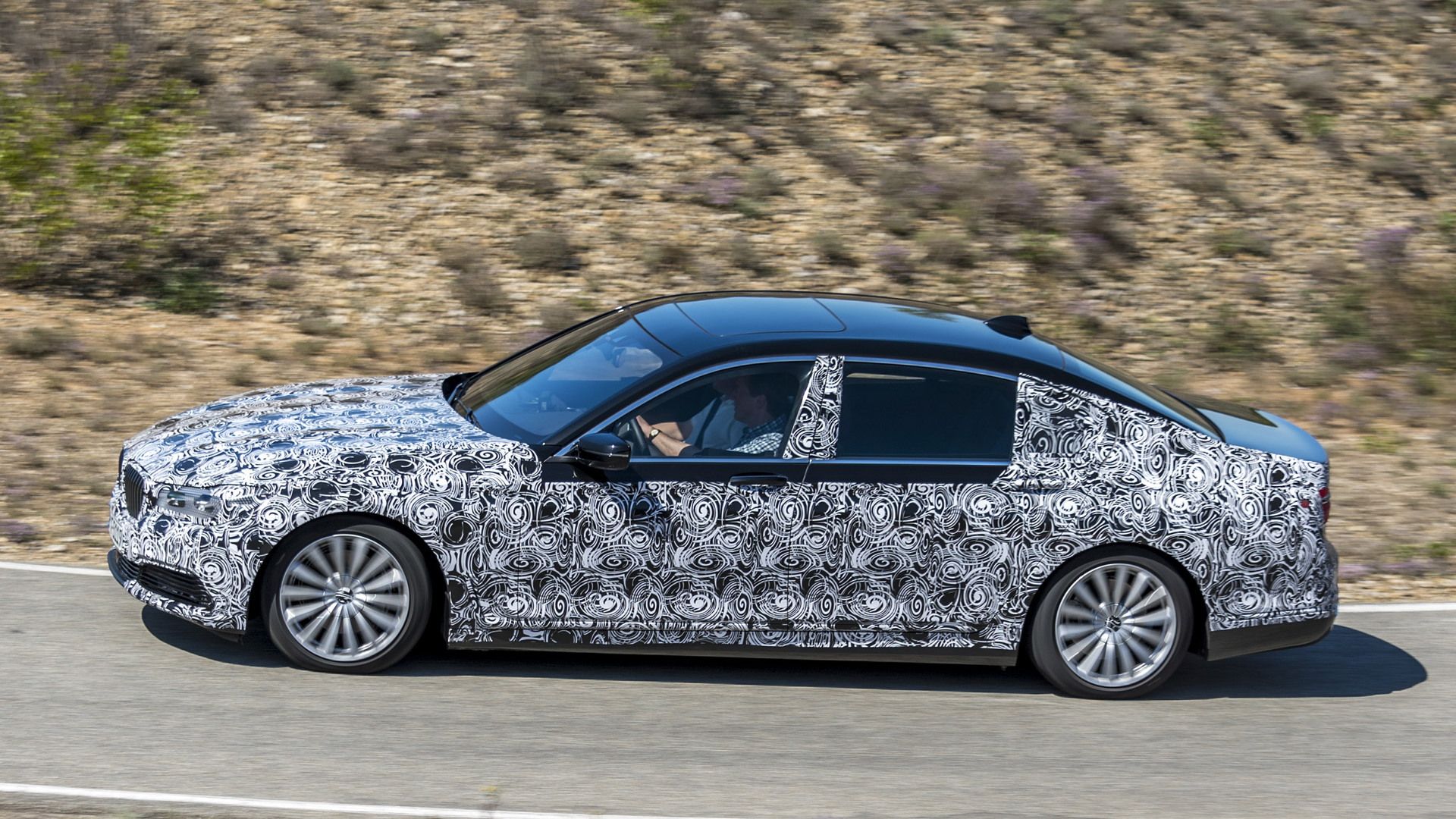 BMW’s all-new, sixth-generation 7-Series flagship sedan is almost here, with the reveal scheduled to take place this summer before an official world debut at the 2015 Frankfurt Auto Show in September. Today, however, we have an early look at many of the technological elements that will feature in the new car, including lightweight multi-material construction, new modular engines, a new gesture control interface and even some autonomous driving features.

The most radical change being made to the 7-Series line of cars with this new model is the construction methods and materials being used. The new 7-Series has been designed around a modular platform code-named the 35up. This platform will form the basis of most of BMW’s models going forward and includes carbon fiber-reinforced plastic (CFRP) in its construction.

Using lessons learned in developing the i3 electric car, BMW engineers designed the passenger cell of the new 7-Series to incorporate CFRP in areas exposed to heavy loads. The strength of this lightweight material helps to increase torsional rigidity, meaning less traditional materials such as heavy steel needs to be used. This leads to a significant weight reduction—286 pounds in the case of the new 7-Series—which in turn leads to improved dynamics and fuel economy.

Further fuel economy gains will be brought about by new engines. The new engines are based on a six-cylinder design derived from the modular design used for BMW’s existing three- and four-cylinder engines. The engines will feature direct fuel injection as well as turbocharging, and will be paired with an eight-speed automatic transmission. We should also see this six-cylinder design used in in a plug-in hybrid version of the new 7-Series. In addition to the new six-cylinder engines, look for V-8 and even V-12 options to continue. Some markets will also receive a four-cylinder option.

When it comes to handling, the new 7-Series will benefit from some advanced chassis control systems that can be adjusted at the push of a button. These include adjustable dampers (Dynamic Damper Control), speed-sensitive steering (Active Steering) and active roll stabilization (Dynamic Drive). On top of this, the new 7-Series will come with air suspension with automatic self-leveling as standard.

Other vehicle systems, such as the infotainment features, will be controlled by a next-generation iDrive system complete with gesture controls and a touchscreen for easier input. We’ve already been given a preview of the new gesture control system. It relies on a ceiling-mounted 3D sensor to detect hand gestures, and then decodes different movements—such as tapping, finger rotations or a swiping movement—and performs the desired input. Range-topping versions of the new 7-Series could also feature touchscreens up back that provide rear-seat passengers control of certain features such as climate and infotainment systems.

Finally, the new 7-Series is also expected to come with some self-driving features. These are grouped in the Driving Assistant and Driving Assistant Plus systems of the vehicle, though BMW is yet to detail the full capabilities of each. All we know is that there will be a “steering and directional control” feature together with your standard safety aids such as lane departure and blind spot warning systems and collision prevention systems.

One nifty feature for those with small garages is remote-controlled parking. This will enable an owner of the new 7-Series to make the car maneuver in or out of parking spaces or garages without anyone at the wheel. The remote control parking option thus allows drivers to access extremely tight parking spaces. Instructions are sent using the key fob, which features a display panel to provide a variety of vehicle-specific info.

For more on the new 7-Series, including spy shots of prototypes testing in the wild, click here for our previous post.