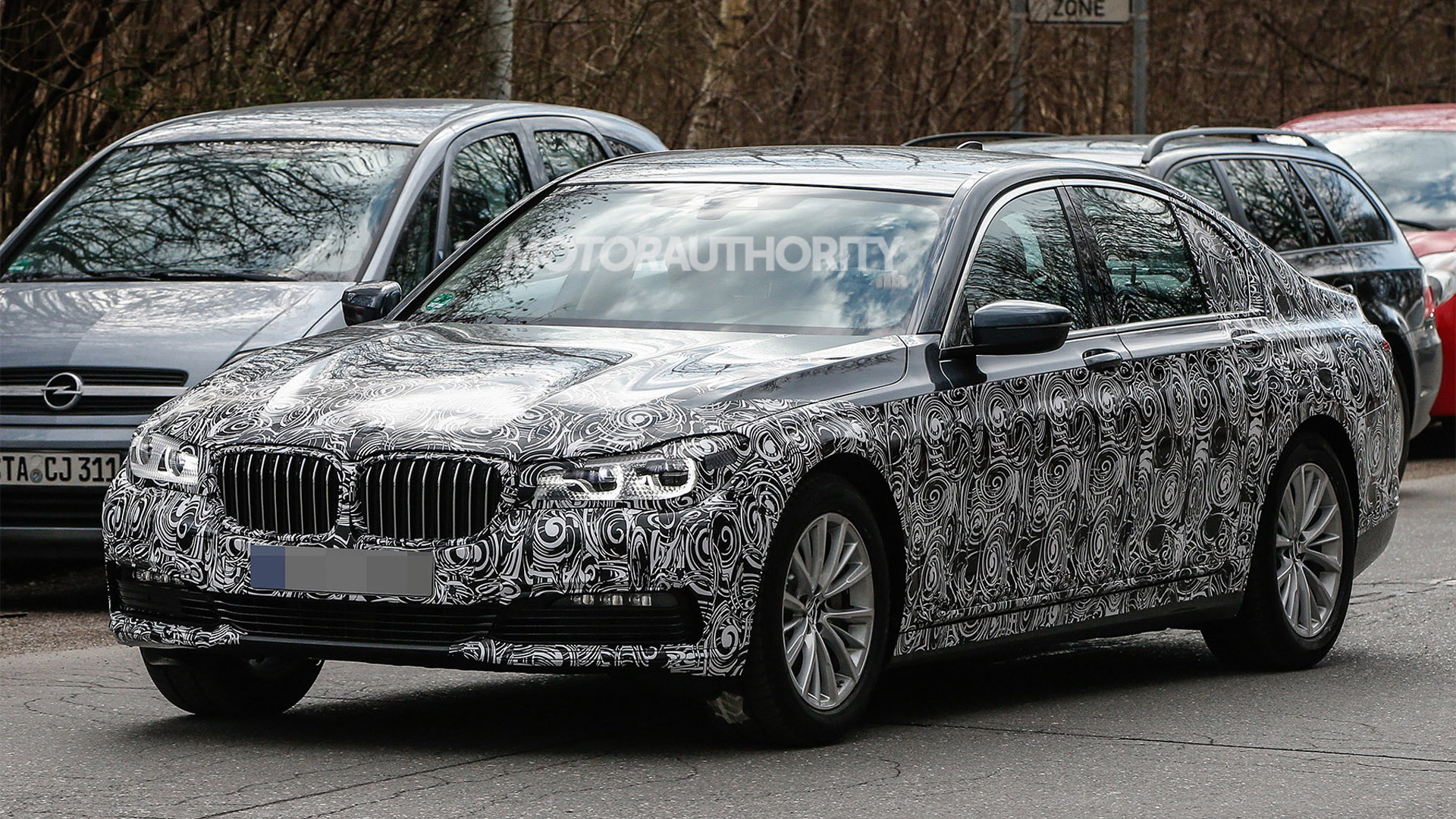 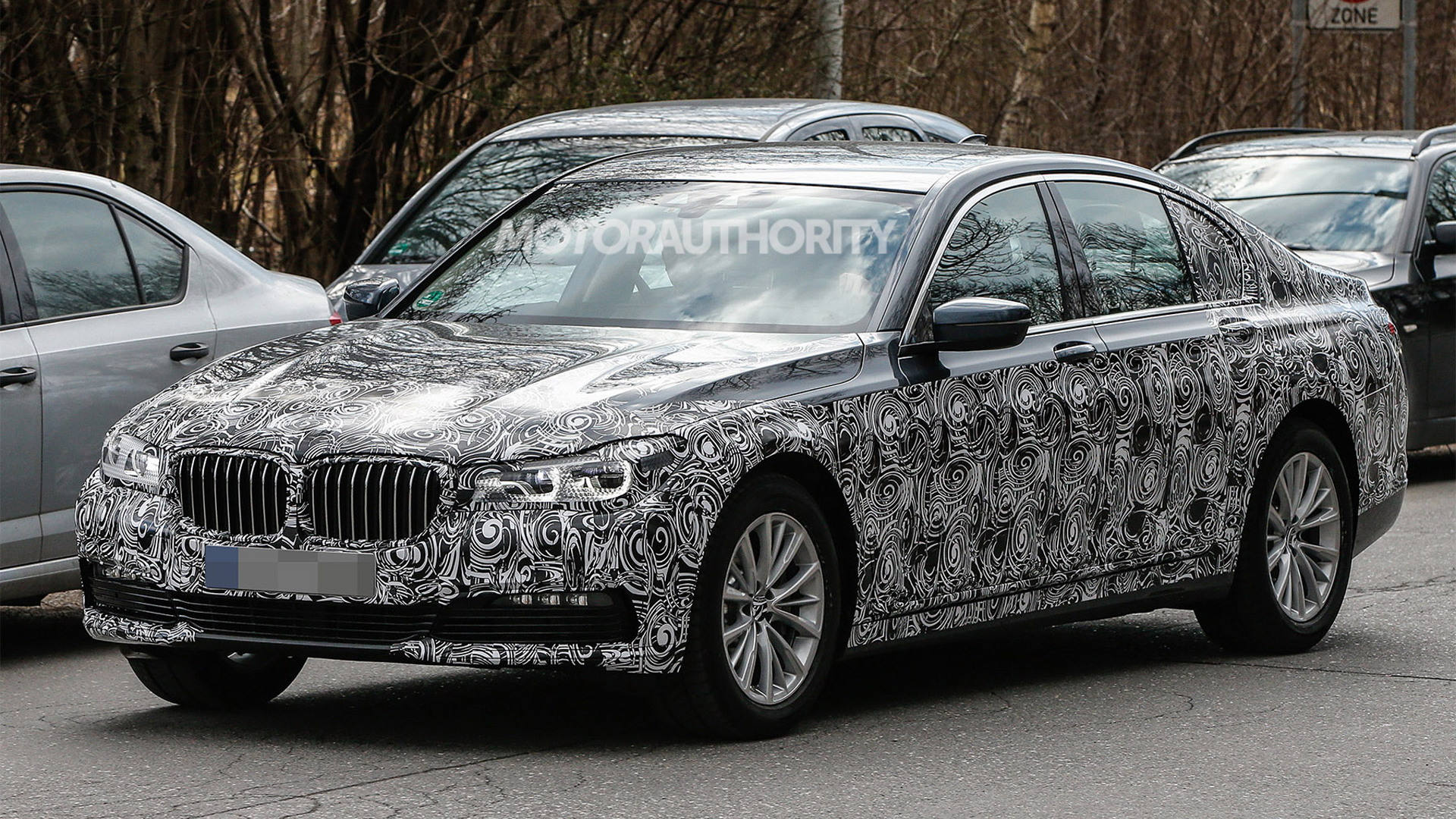 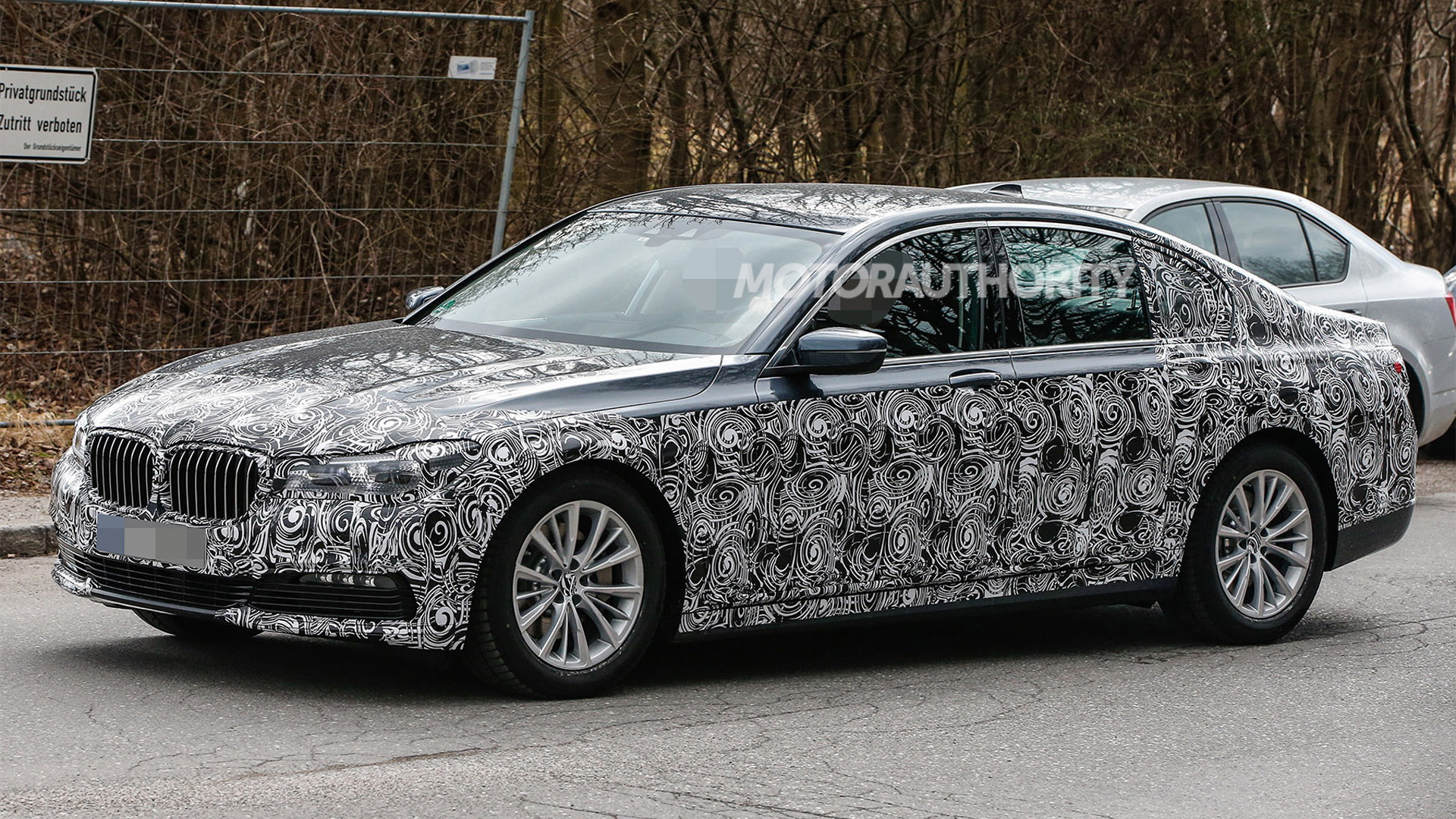 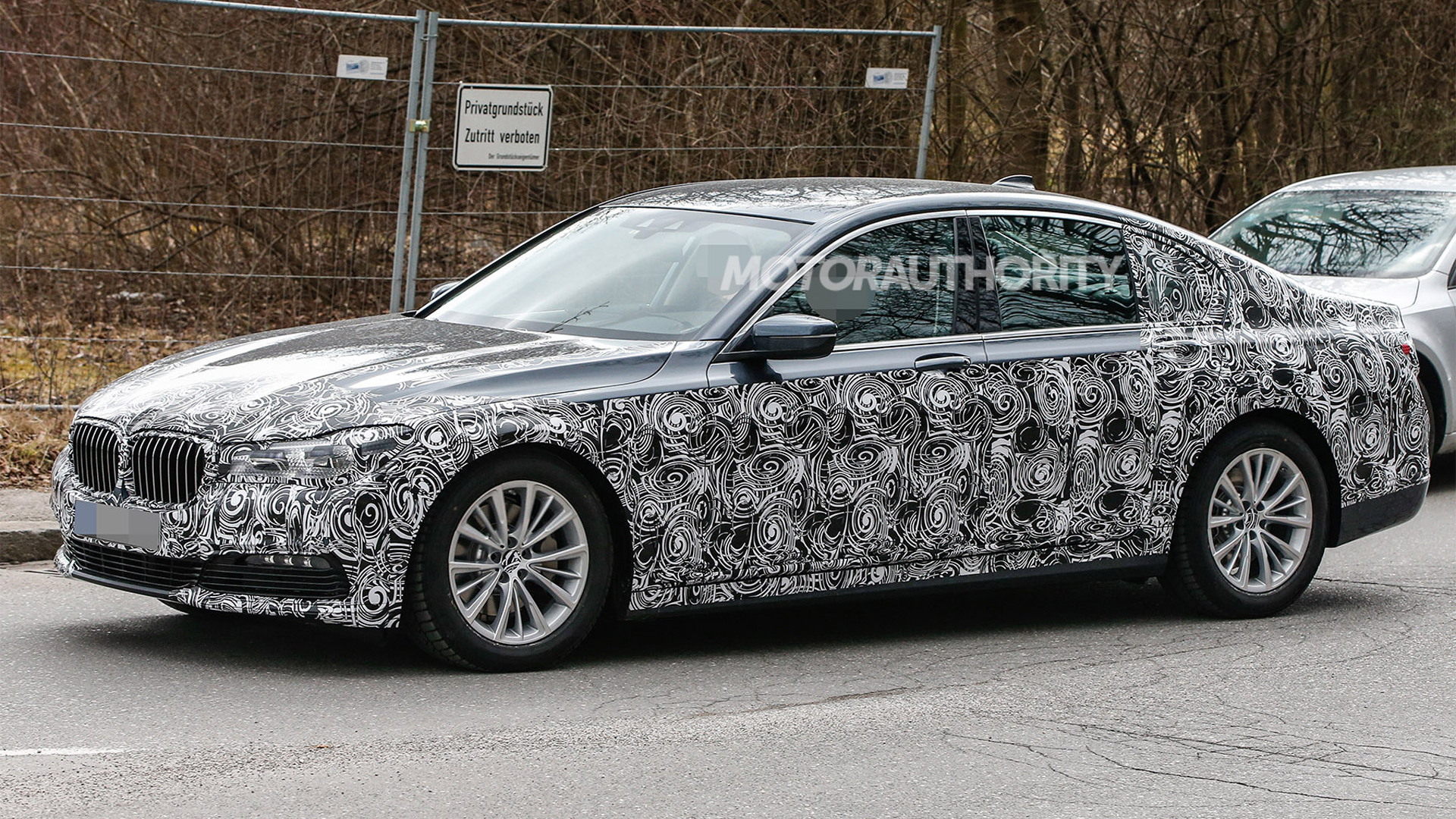 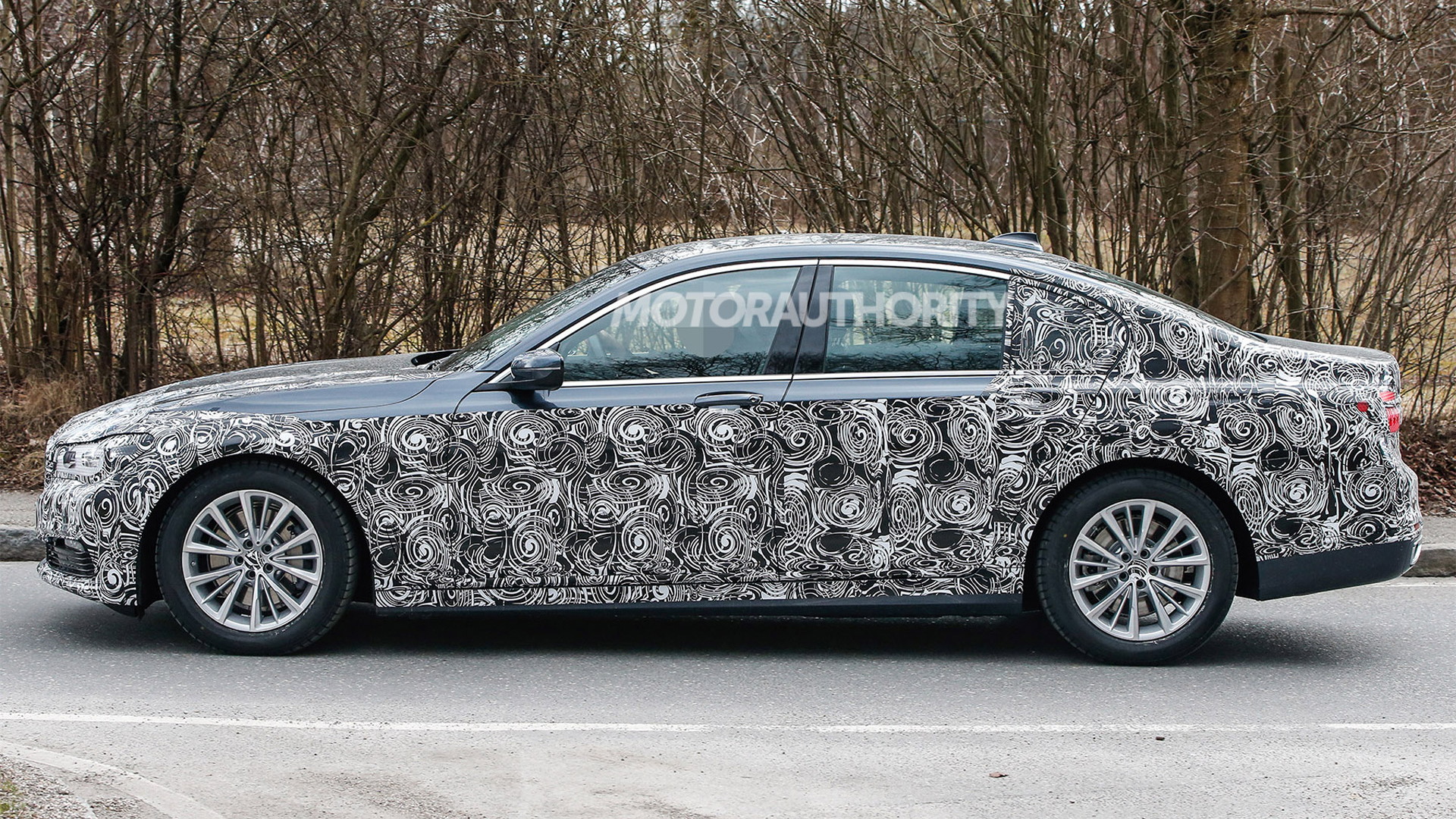 71
photos
These are the latest spy shots of a prototype for the 2016 BMW 7-Series, the next generation of BMW’s flagship sedan. The automaker is taking an evolutionary approach with the styling of its next 7-Series, code-named the "G11", although the latest prototype does reveal a slightly sporty demeanor characterized by its low and wide front. BMW’s Future Luxury concept from the 2014 Beijing Auto Show hints at the styling we can expect on the new 7-Series, which is due on the market late this year or early next.

Some of the exterior details revealed in the shots include the exhaust tip design, production light units and the latest take on BMW’s signature Hofmeister kink. It also looks like the notorious Bangle Butt trunkid design is back. We also have some shots showing the interior, which appears familiar although there are some new elements too. You can see the full design in some leaked shots from earlier this year.

While the design doesn’t depart dramatically from the look of the current 7-Series, underneath the sheet metal things will be updated substantially. Underpinning the car is a new modular platform dubbed 35up, which is destined to form the basis of most of BMW’s lineup from the 3-Series up. Previewed in the Future Luxury concept, the modular platform will feature plenty of new technologies including carbon fiber construction for some elements. This should help BMW keep weight of the new 7-Series down.

Weight savings could total between 300 and 400 pounds over the current model, which weighs close to 4,400 lbs in some guises. Expect to see lightweight carbon fiber panels used for the roof, hood, and trunk lid as well as some internal structures. The car’s lighter curb mass should not only improve economy, but also the handling, braking performance and acceleration.

Powertrain options for the U.S. market will likely include six-, eight- and twelve-cylinder engines, all with direct-injection and turbocharging technologies. While there have been reports a V-12 may not be included this time around, this is unlikely given the popularity of past V-12 models and the fuel-saving improvements coming in the future.

The 2016 7-Series will also see the introduction of a plug-in hybrid model, a prototype for which has already been spotted. For performance fans, expect a new M Performance model fitted with a twin-turbocharged V-8. It appears the M Division isn’t interested in using a full-size sedan for one of its dedicated M cars—and rightly so.

As for cabin technology, expect a myriad of traffic warning systems and convenience features such as automatic parking and even some autonomous driving capability. BMW recently announced a partnership with suppler Continental to further develop its autonomous car technology, which should debut on this 2016 7-Series. You can also expect the latest in connectivity, which BMW has partnered with Harman to develop. The new 7-Series should offer full WiFi capability, downloadable apps, 3D maps with real-time traffic and weather updates, and increased voice activation.

Stay tuned for updates as development of the 2016 BMW 7-Series continues. A reveal is expected this summer, with the first public showing likely at the 2015 Frankfurt Auto Show in September.