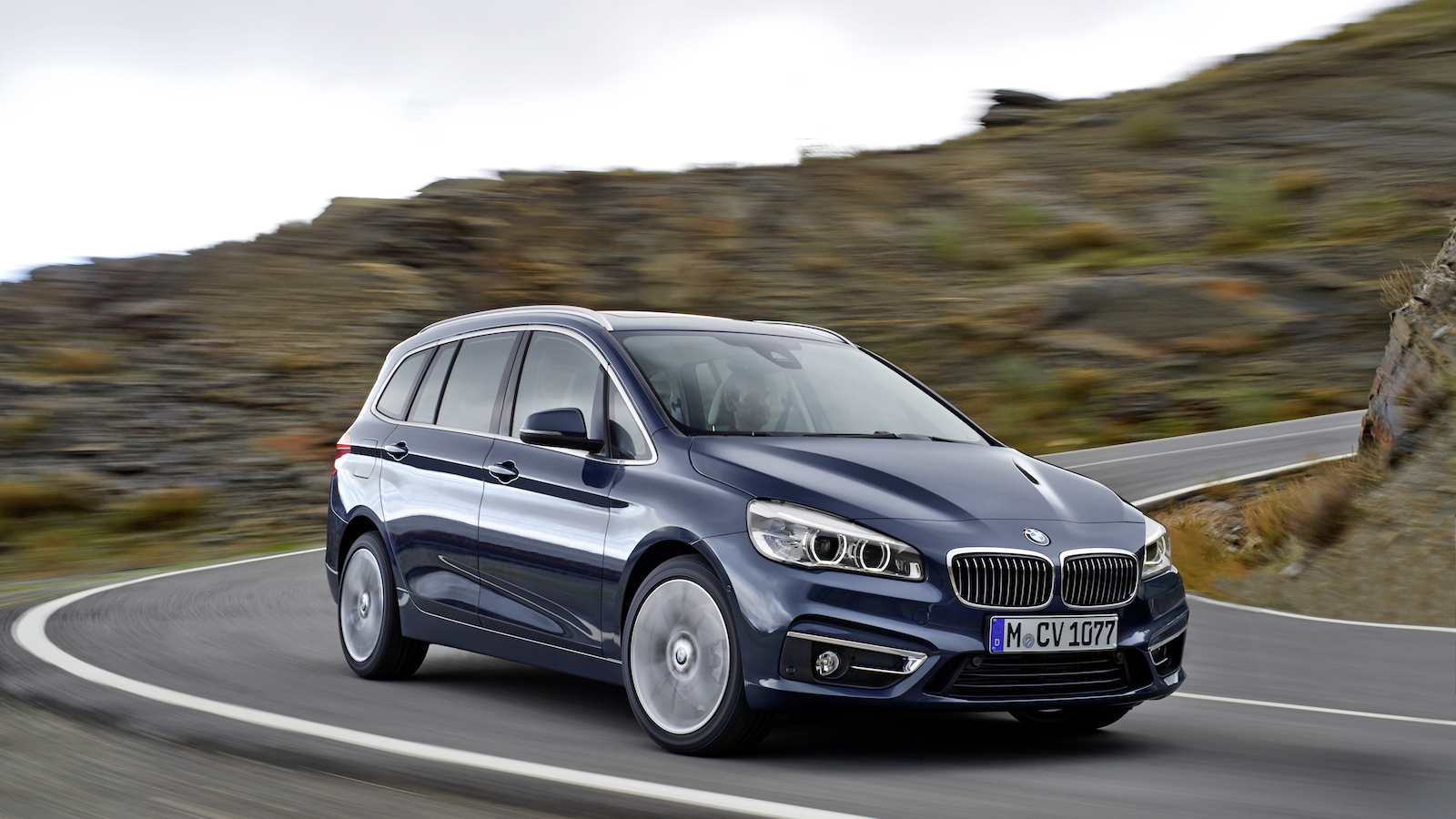 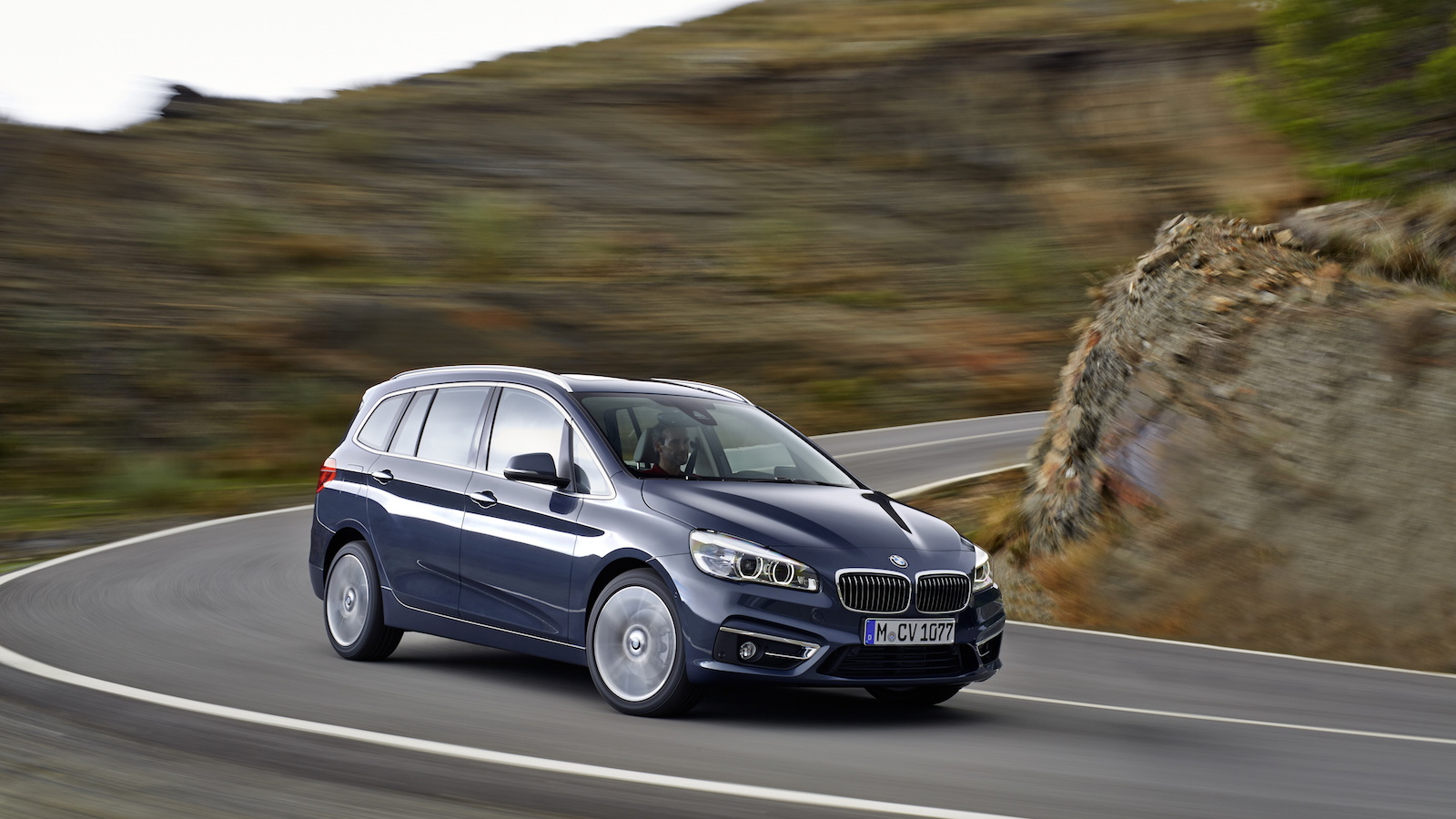 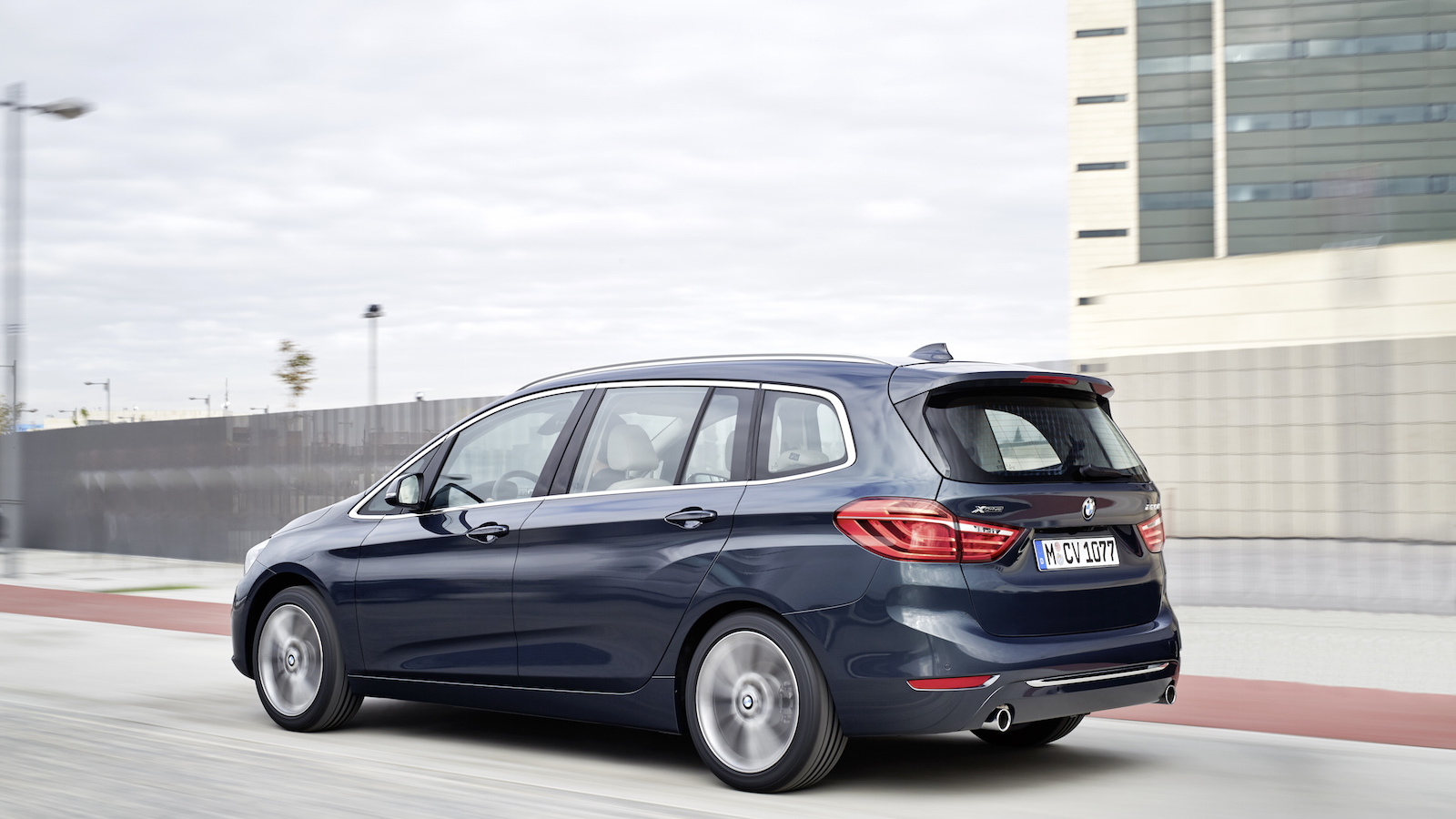 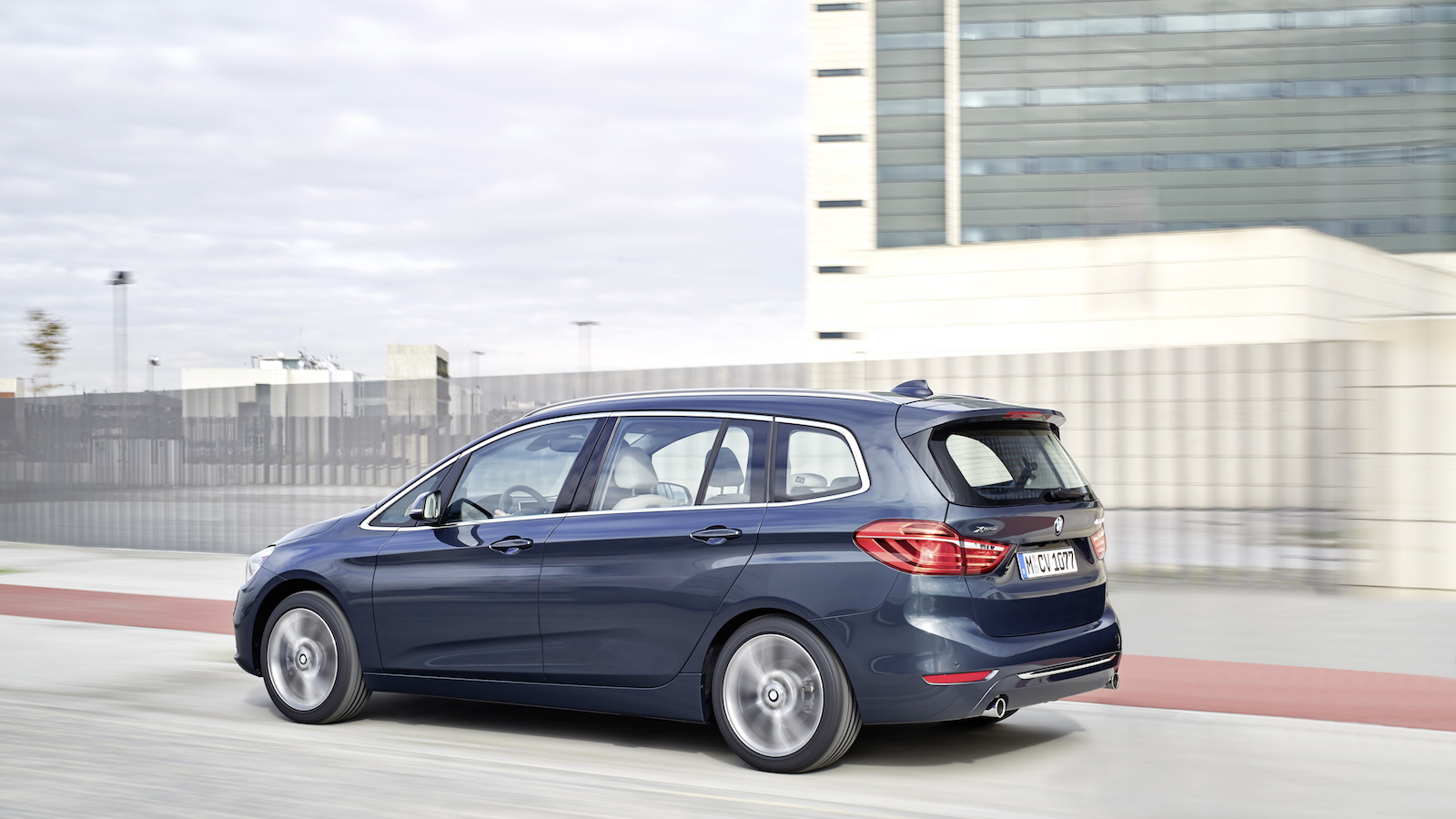 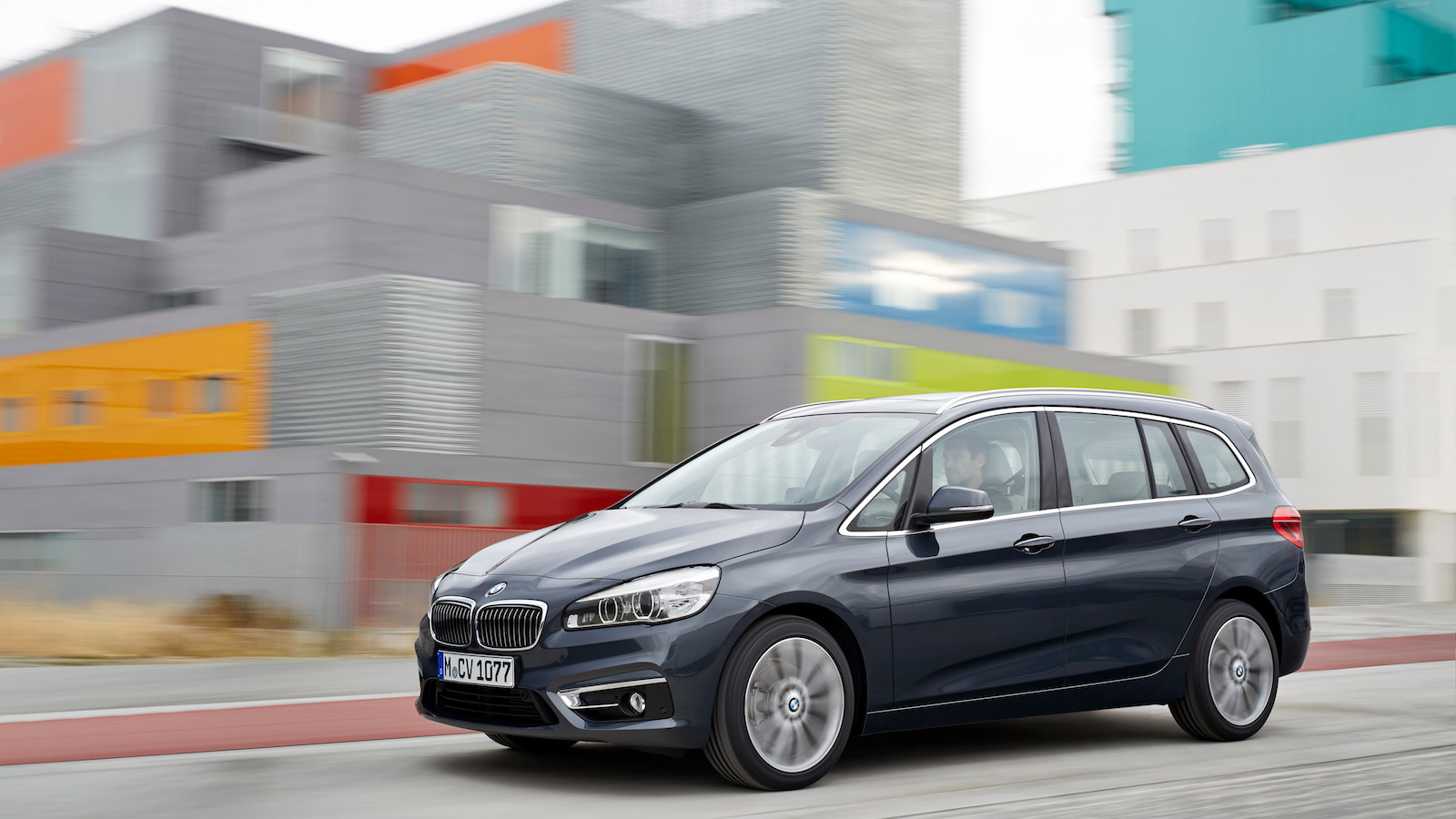 71
photos
With BMW’s re-naming scheme mostly in place, and a small handful of new models bearing those names, BMW is using the new nomenclatural real estate to introduce yet another: the 2-Series Gran Tourer.

Fitting the vehicle class known as an MPV elsewhere in the world, Americans can think of the 2-Series Gran Tourer as something like a small minivan, but with car-like doors, or perhaps as a compact, seven-seat crossover.

However you classify it, it's essentially a slightly taller, longer, optional seven-seat version of the 2-Series Active Tourer. Whether it will be the next of BMW’s new front-drive-biased (xDrive all-wheel drive is available) models destined for American streets remains to be announced. 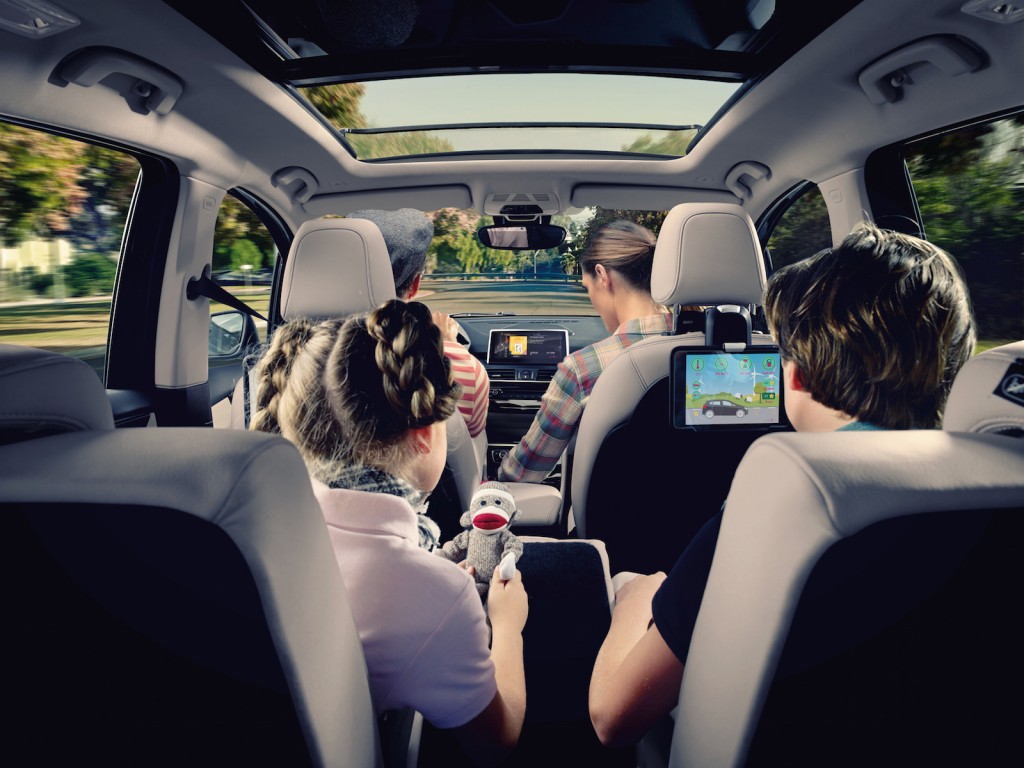 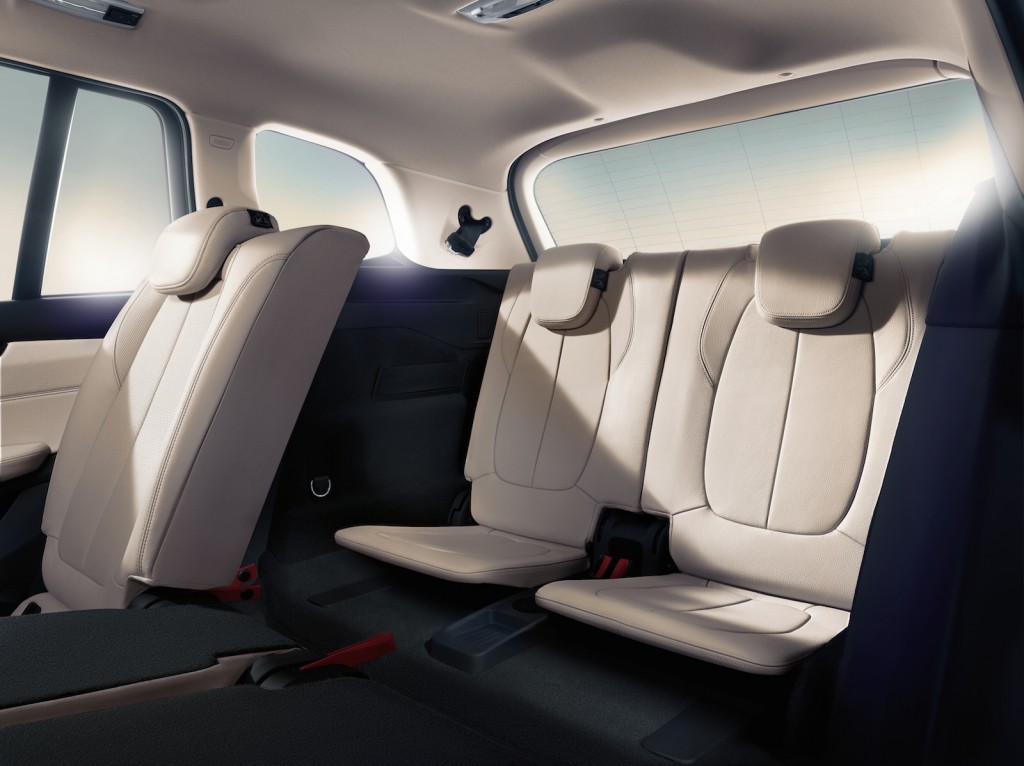 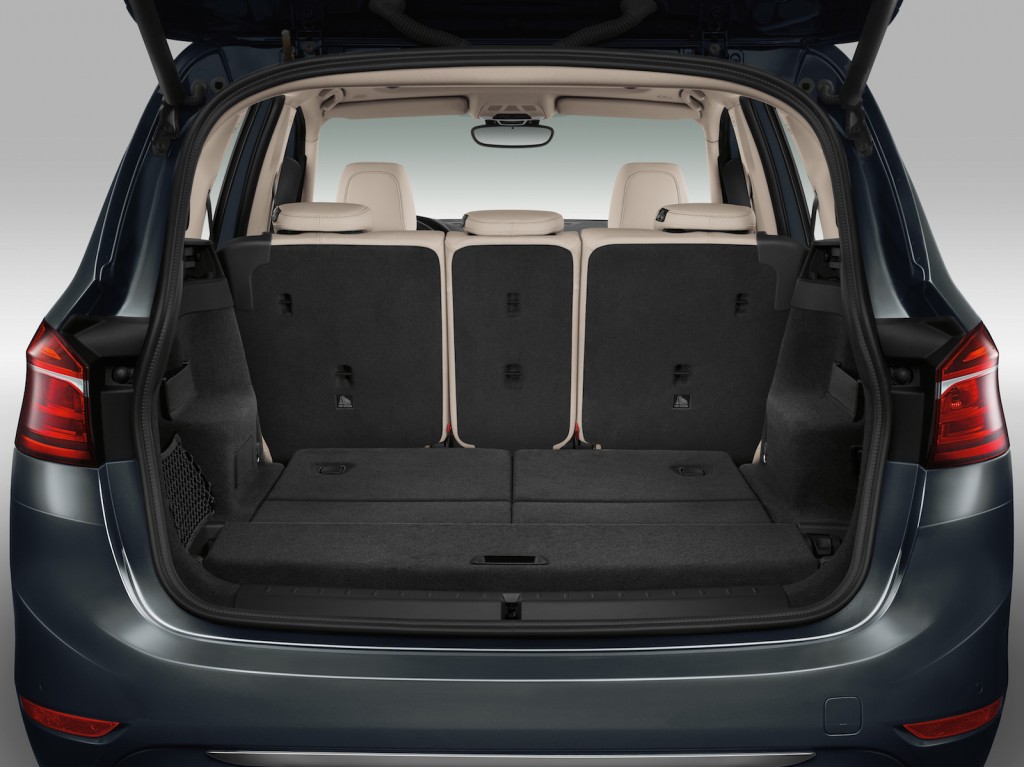 While much of the emphasis with a vehicle like the 2-Series Gran Tourer is on interior features, comfort, and utility, it’s still a BMW, so BMW has worked to attempt to deliver on its reputation for driving dynamics, too—even in this front-drive family vehicle.

To do that, BMW has worked on the many electronic control systems, the suspension, and on the car’s steering system itself to make the most of the platform. There’s even an M Sport version.

As yet, it’s unclear which models, if any, BMW will bring to the U.S., as the launch covers the many models intended for various global markets. Among the models launched thus far are the gasoline 218i and 220i, and the diesel 216d, 218d, and 220d xDrive. As launched, only the top diesel model is offered with xDrive all-wheel drive, but that will almost certainly grow to include a gasoline model when it comes to the U.S. 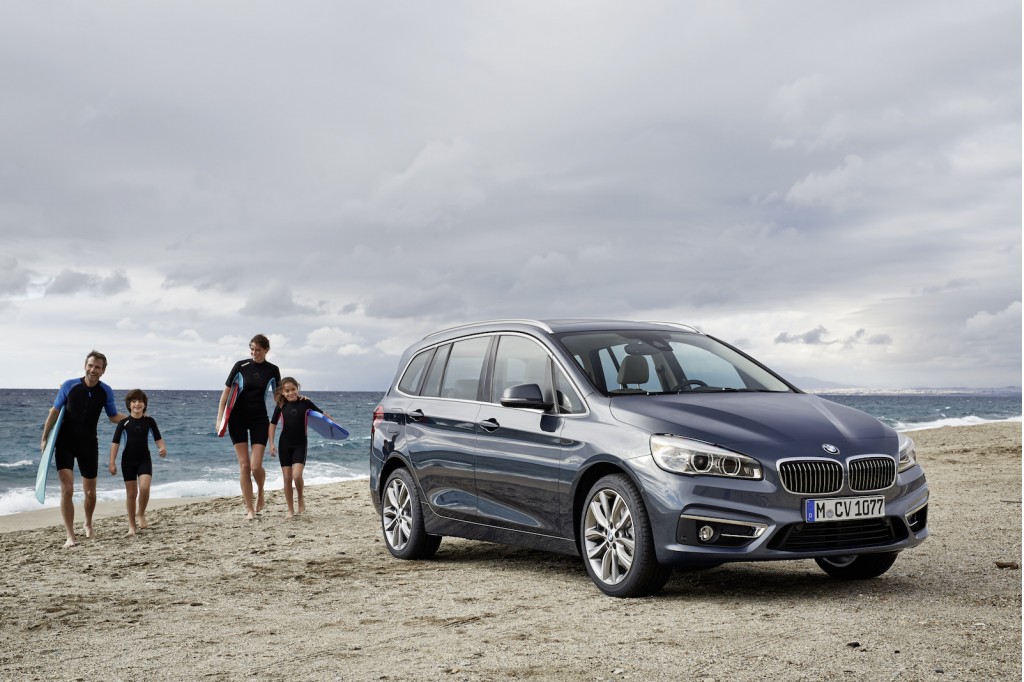 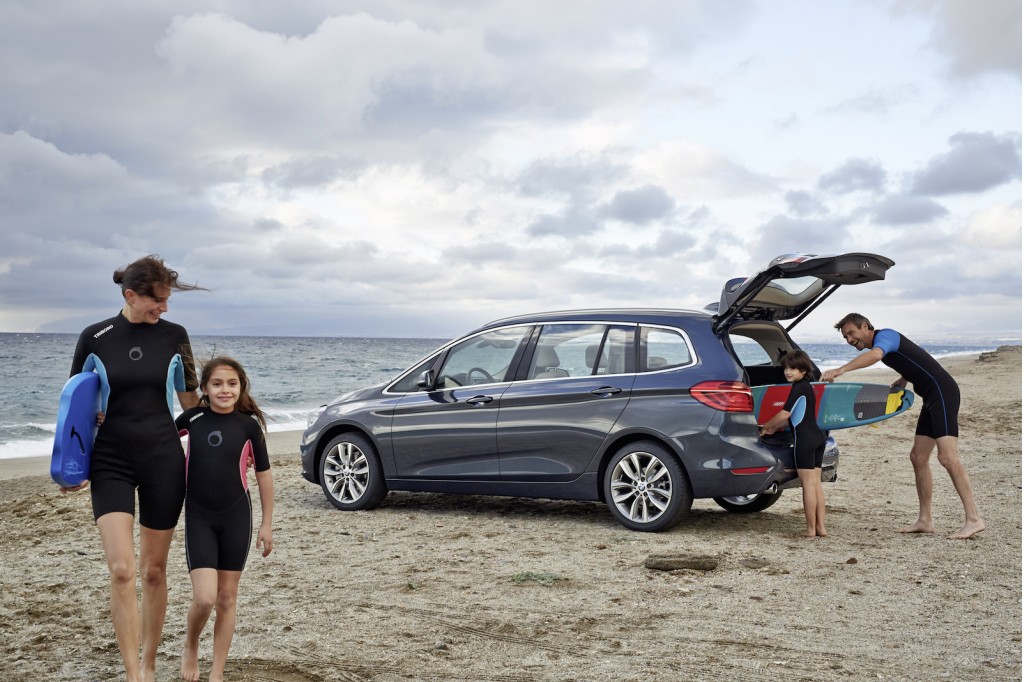 Engines at launch include 1.5-liter and 2.0-liter turbocharged gasoline engines rated at 100 hp and 141 hp respectively; and three diesels, rated from 85-140 horsepower and 199-400 pound-feet of torque.

For a better idea of what the American engine might look like, we have to look back to the 2014 Geneva Motor Show unveiling of the production version of its slightly smaller sibling, the 2-Series Active Tourer, which included a 225i-badged model and a 2.0-liter four-cylinder rated at 231 horsepower. In the U.S., that 225i badge is likely to be swapped for one that reads 228i on the Active Tourer and Gran Tourer to fit with our naming schema. Front- and all-wheel-drive will also likely be available in the U.S if the vehicle is brought here.

While potential U.S. specs for other aspects of the 2-Series Gran Tourer remain just as murky, some of the immutable characteristics are still discernible: the new MPV will seat up to seven people, offer fore-aft sliding rear benches, and cargo space of up to 67.27 cubic feet with the rear seats folded down.

We’ll have more details on the U.S. version of the 2-Series Gran Tourer once it's announced.