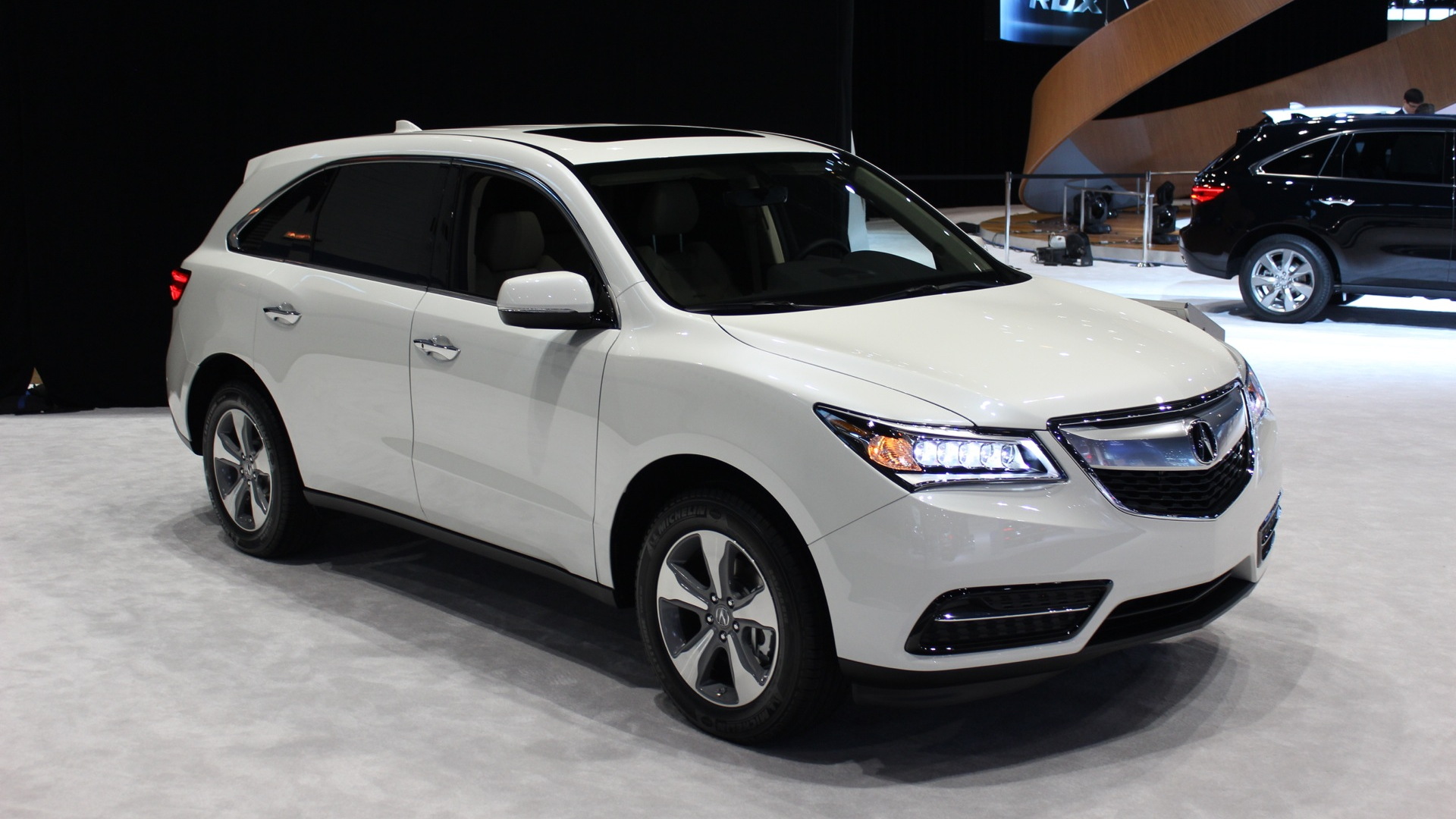 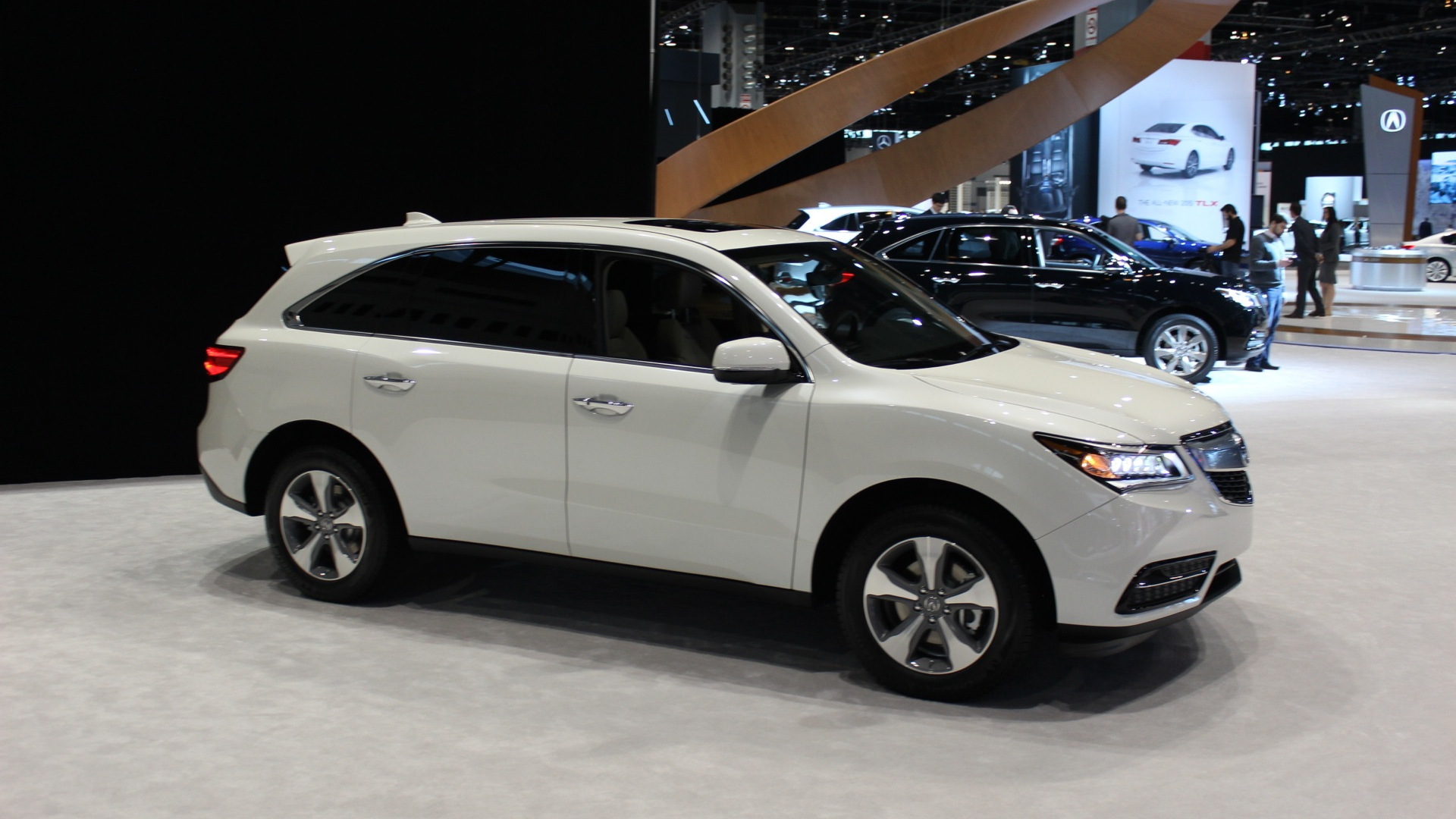 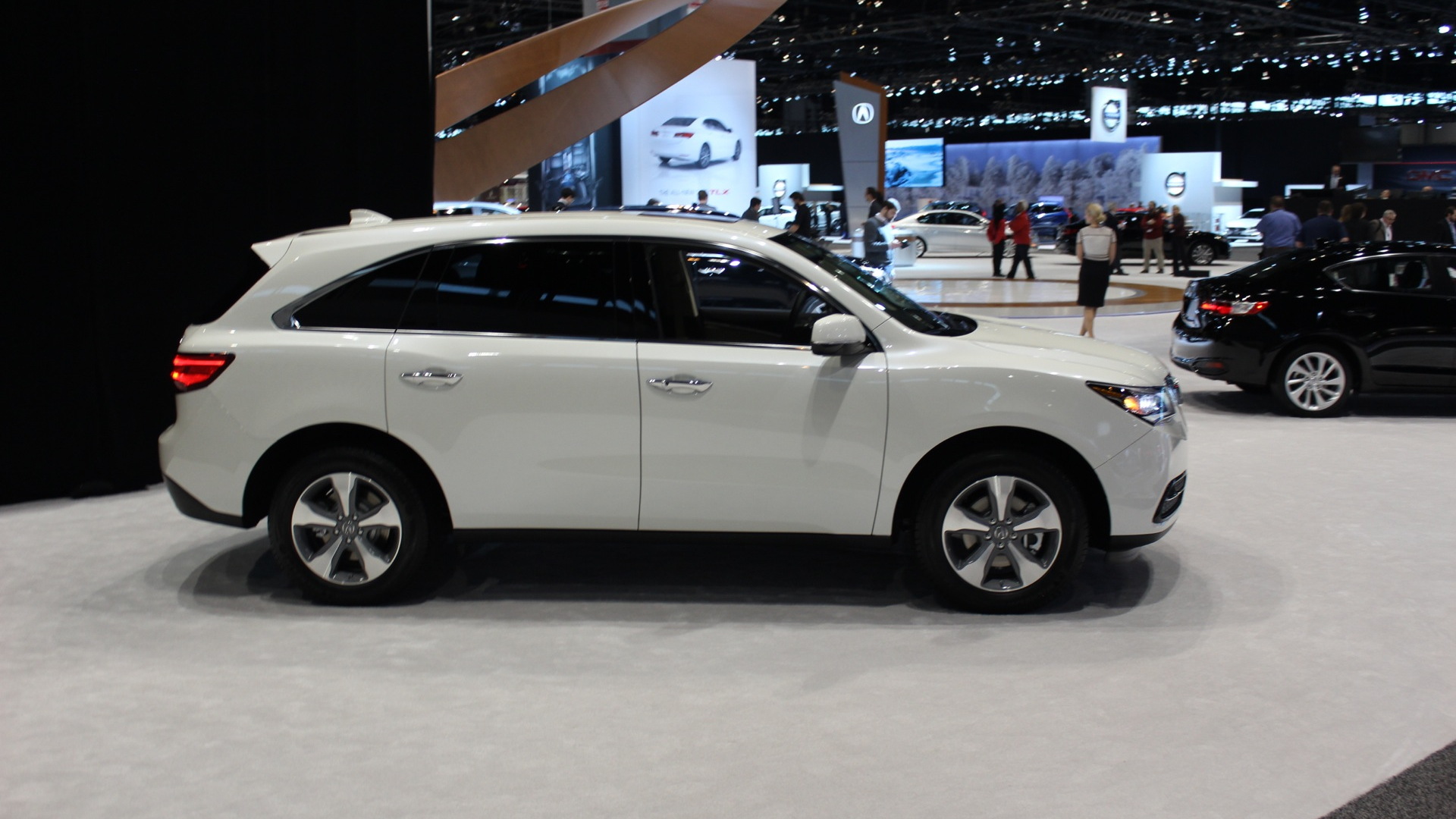 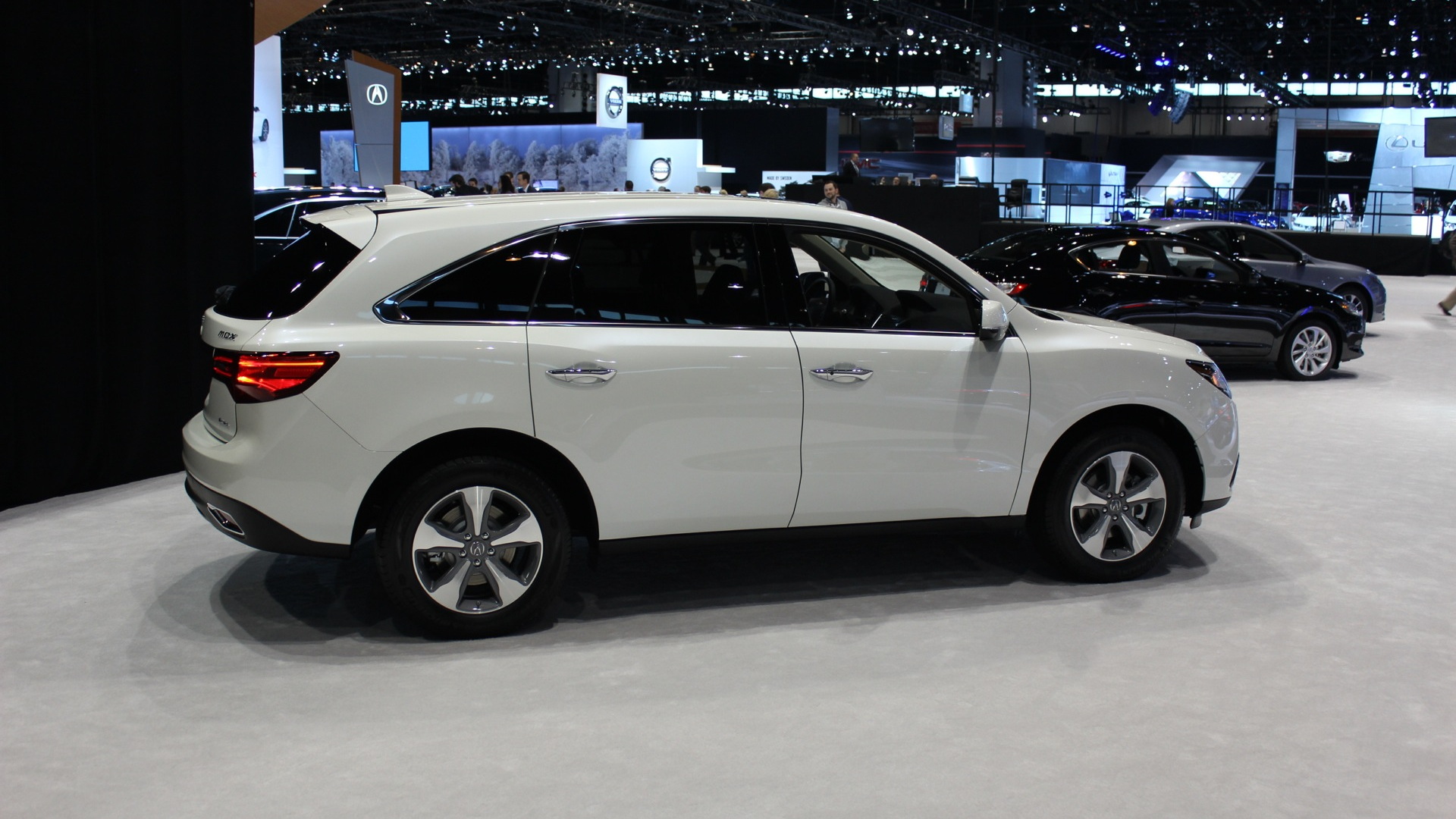 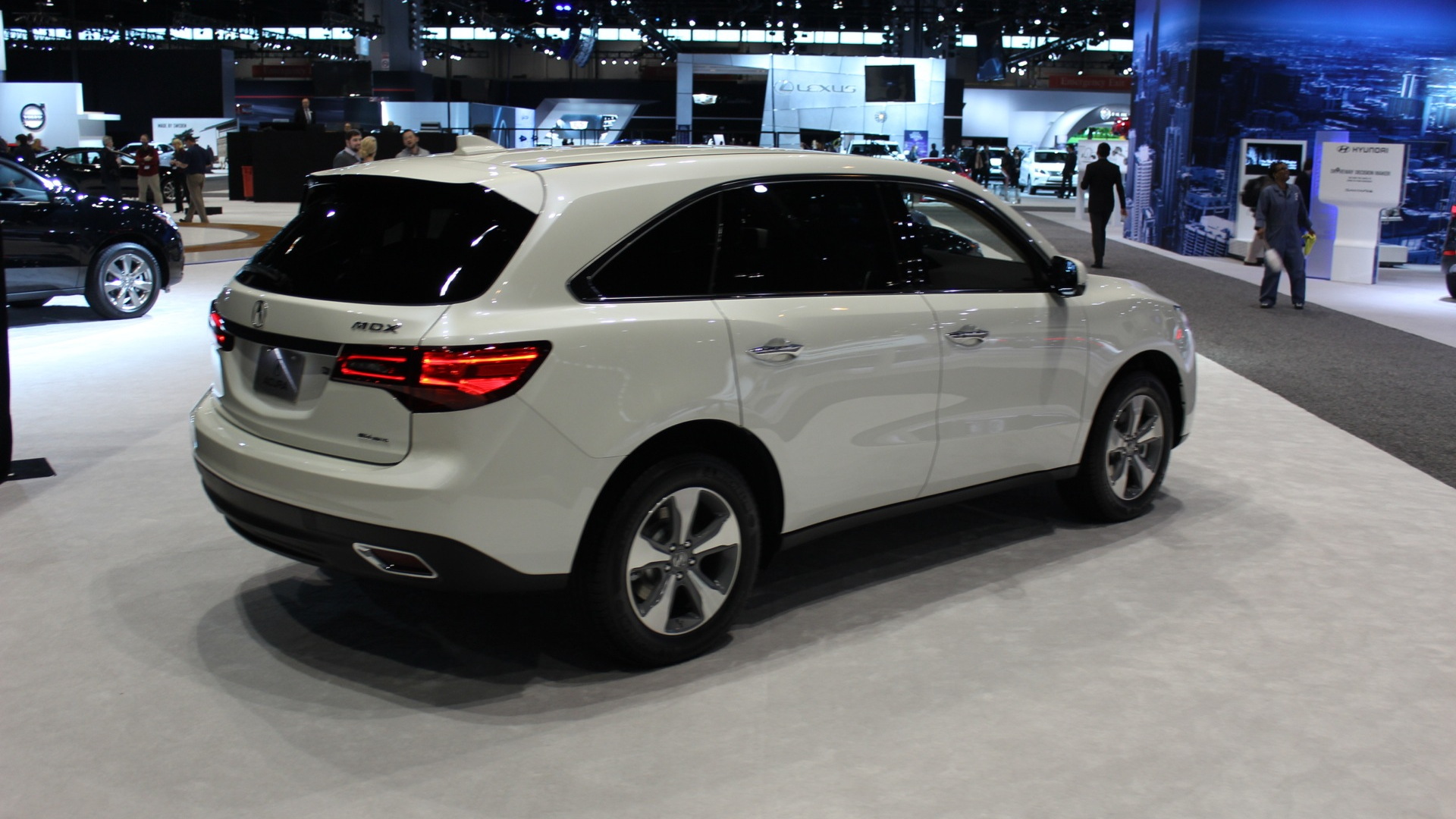 38
photos
The current MDX has only been around since the 2014 model year but already the popular seven-seat SUV is receiving some significant updates. Although there are no changes to its styling, the 2016 Acura MDX will be coming to the market with a new nine-speed automatic transmission, a new all-wheel-drive system, and some available electronic driver aids grouped under the AcuraWatch heading. There’s also been a slight increase in price, with the base 2016 MDX starting at $43,785, including a $920 destination charge, which is up $325 on pricing for the base 2015 model.

However, the updates made to the vehicle are well worth the relatively minor price rise. The most significant is the new nine-speed auto, which gets a push-button electronic gear selector and paddle shifters for manual control. The new transmission is also 66 pounds lighter than the six-speed unit it replaces, helping to improve front-to-rear weight distribution for better handling characteristics. Finally, the new transmission features more closely spaced gear ratios and 25 percent faster gear shifts.

Despite the addition of extra gears, which usually lowers fuel consumption, the 2016 MDX’s EPA-estimated gas mileage comes in at 1 mpg worse off in the city and on the highway compared to the 2015 MDX’s numbers. Front-wheel-drive 2016 MDXs rate in at 19/27 mpg city/highway; add the available engine stop-start system and you’re looking at 20/27 mpg; and with all-wheel drive you’re looking at 18/26 mpg or 19/26 mpg with stop-start.

Like the transmission, the new all-wheel-drive system fitted to the 2016 MDX also helps save weight—19 lbs in total. It’s still a mechanical setup (as opposed to the hybrid-based setup found in the RLX Sport Hybrid and new NSX supercar) but it benefits from a new twin-clutch rear differential that more evenly and smoothly distributes torque, not only between the front and rear axles but also between the left and right rear wheels. This is said to enable more responsive, neutral and predictable handling.

The last major update is the available AcuraWatch suite of safety technologies. This consists of a number of electronic driver aids such as adaptive cruise control, lane keep and road departure assist, and active braking with pedestrian detection.

Other updates either standard or available include a frameless rearview mirror, Siri Eyes Free voice recognition, an easy-entry/exit driver’s seat that moves 35 millimeters rearward when the driver’s door is opened, a new tire pressure monitoring system that offers an alert when the tire is inflated to the correct pressure, and a multi-view reversing camera with dynamic guidelines.

Sales of the 2016 Acura MDX are already underway. Note, the vehicle’s corporate cousin, the 2016 Honda Pilot, also made its debut this week at the 2015 Chicago Auto Show.