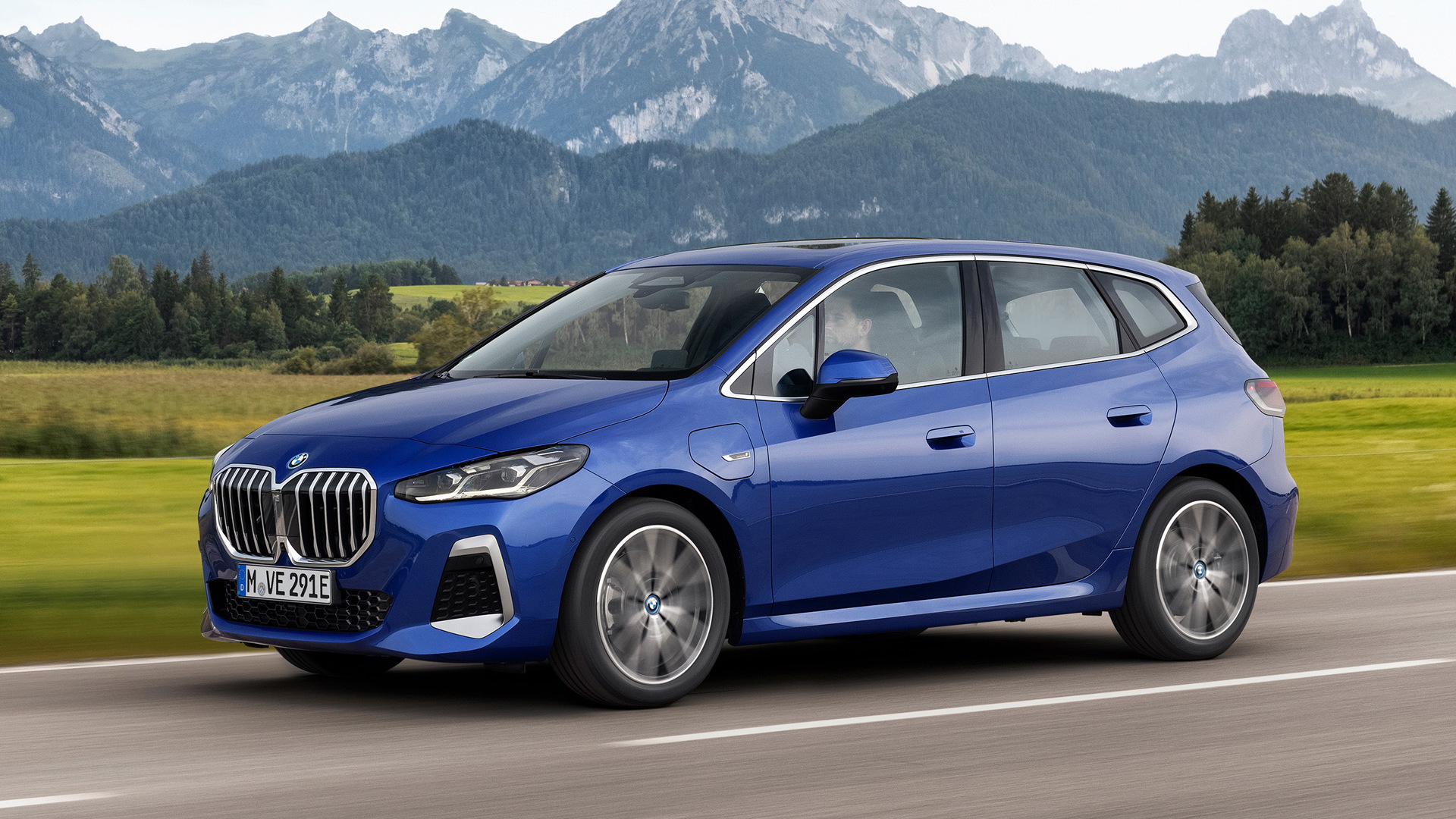 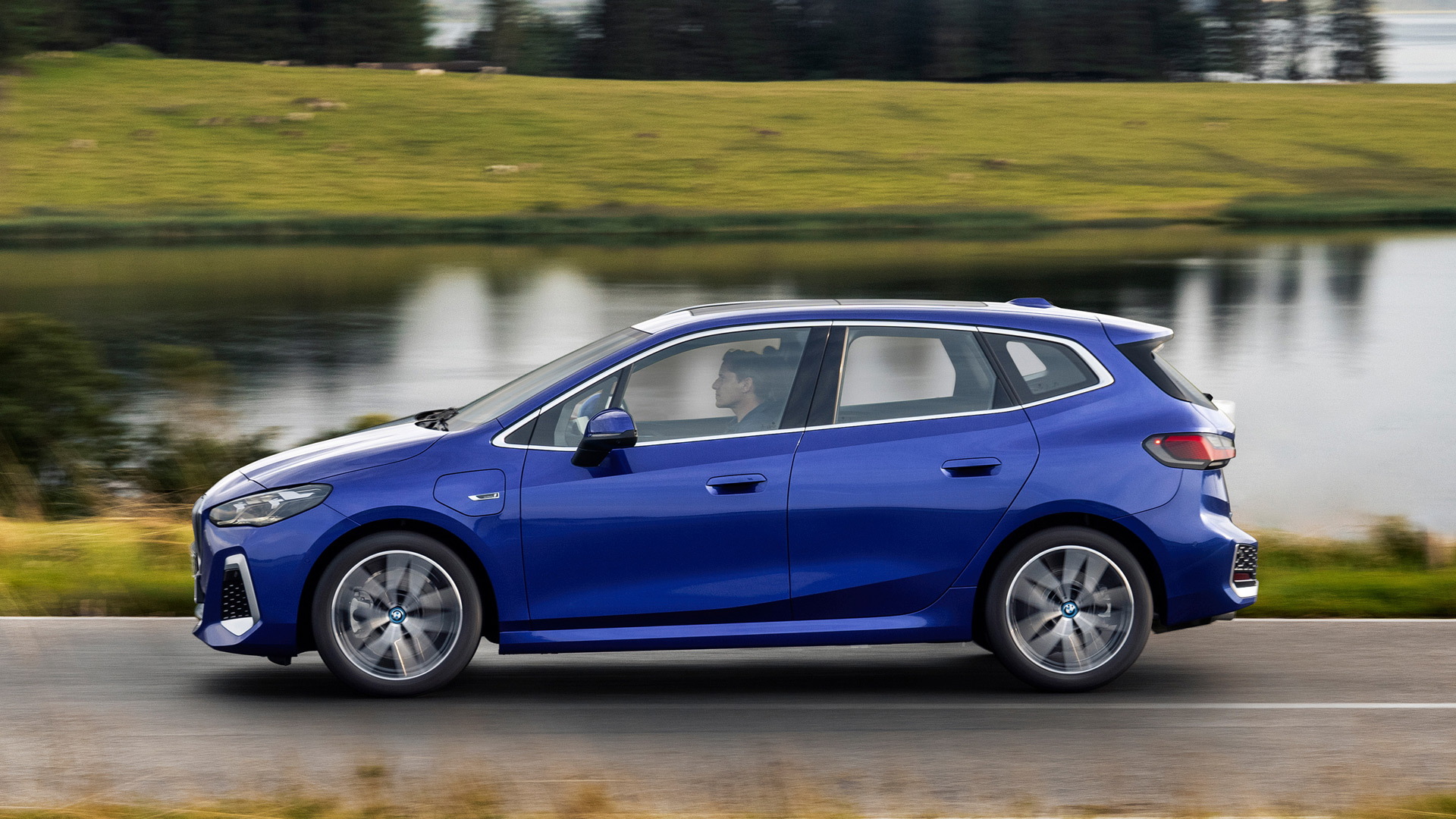 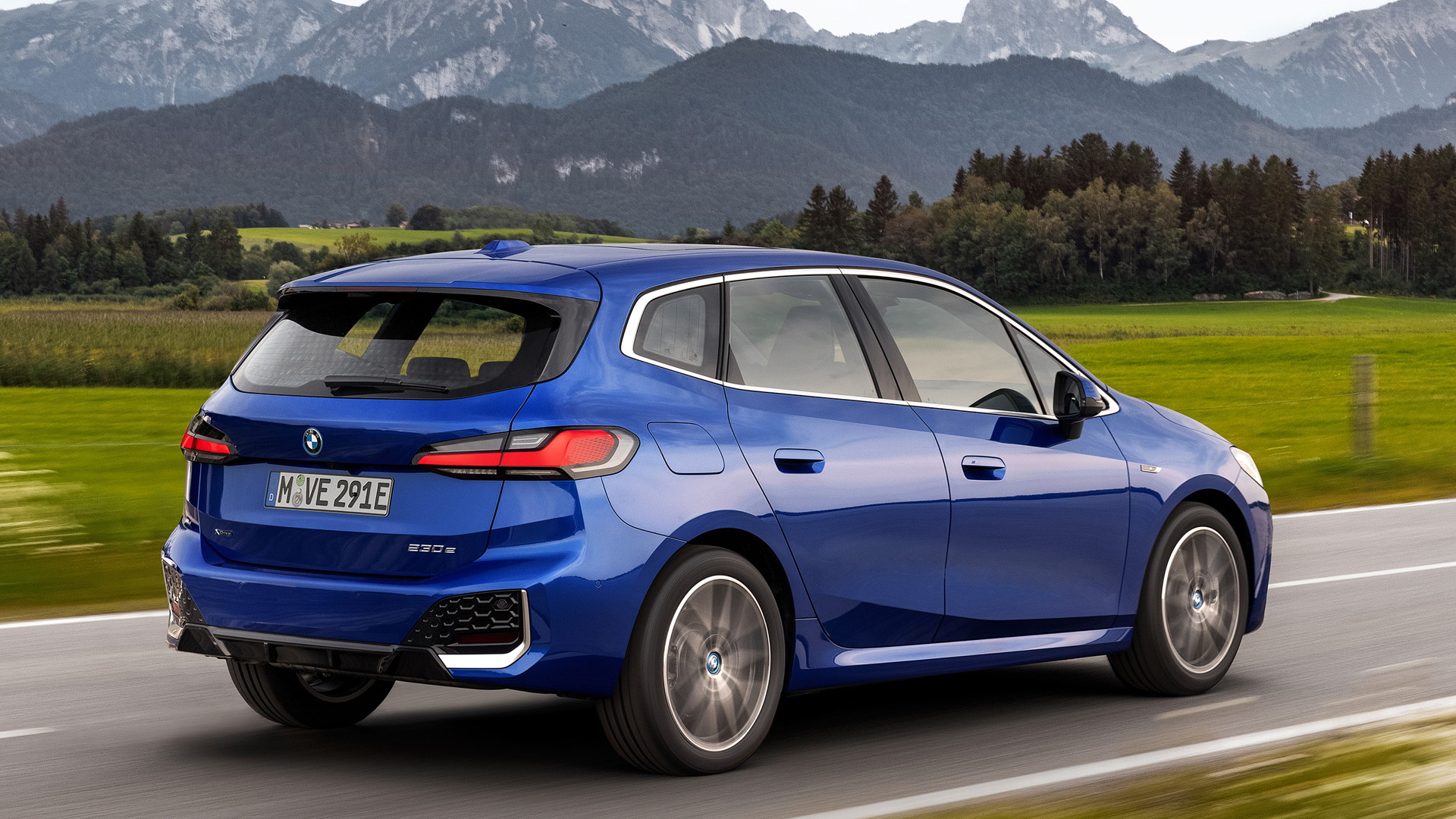 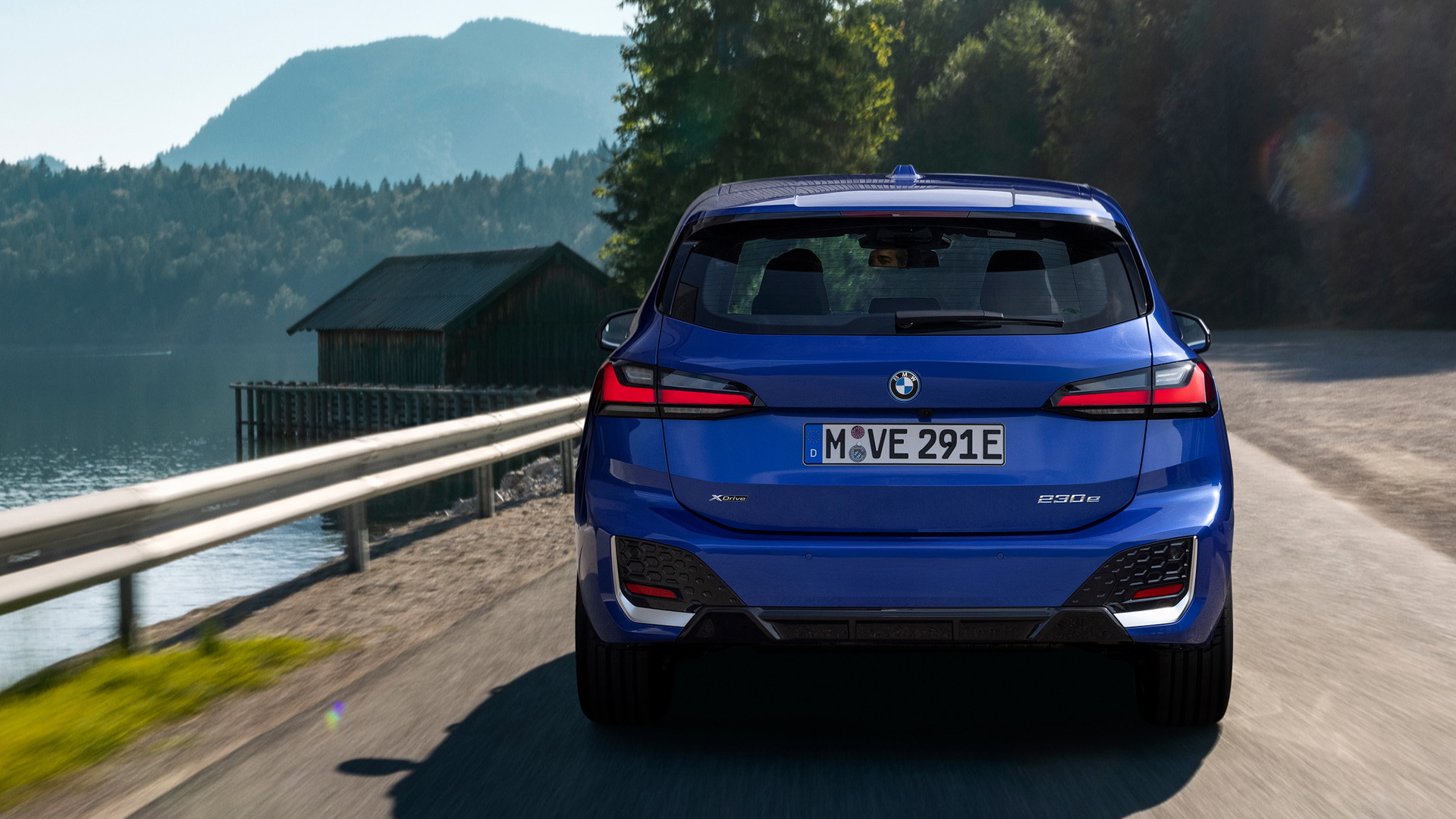 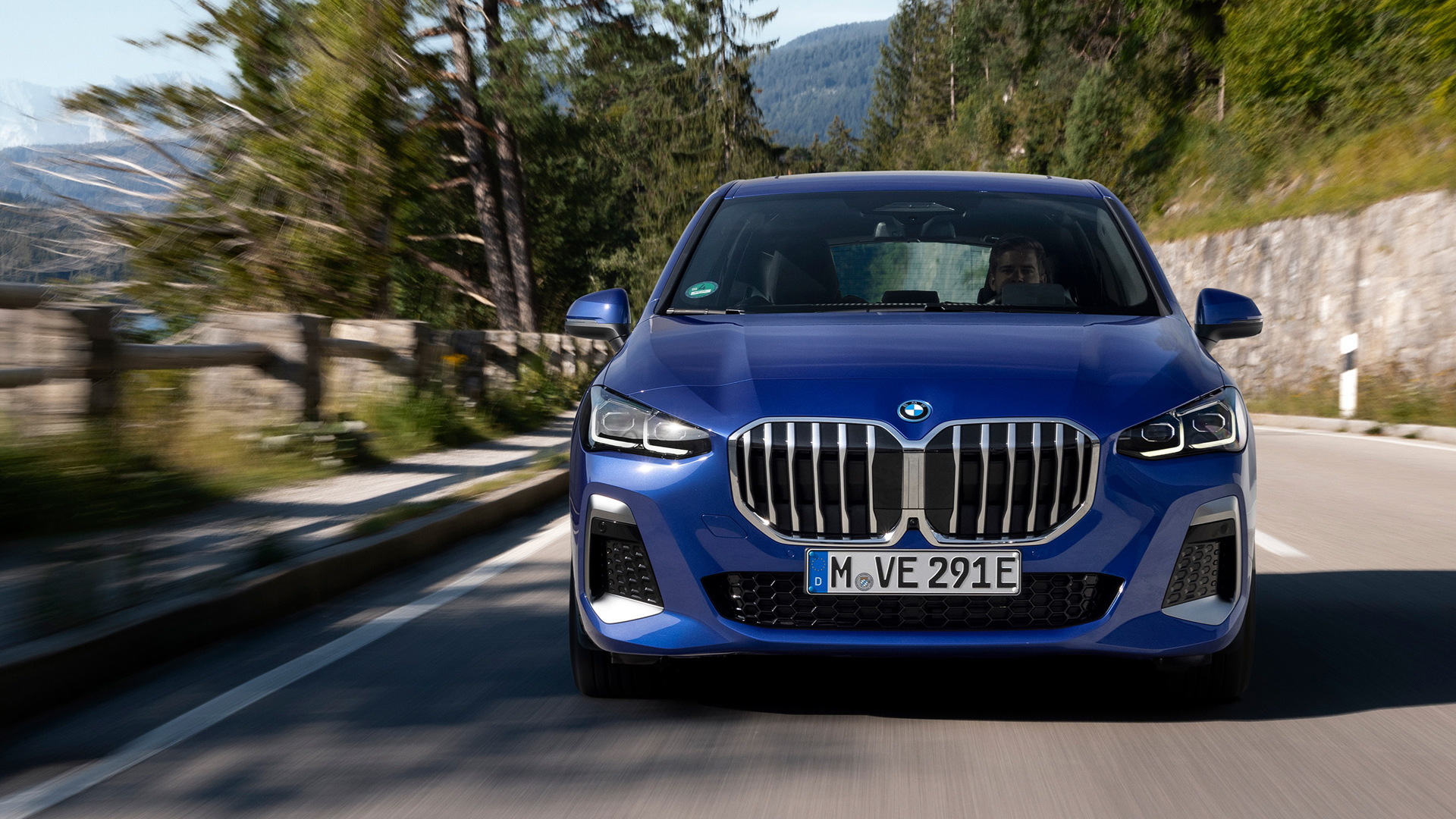 The outgoing 2-Series AT was the first BMW to feature front-wheel drive when it arrived in 2014, and it was never sold in the U.S. Still, it proved popular enough to warrant BMW launching a second generation—and we don't expect this one to reach the U.S., either.

The redesigned 2-Series AT is similar in size to the outgoing model but features sleeker, more muscular surfaces, a wider track, and a much more aggressive look at the front thanks mostly to an enlarged, octagonal shaped grille. LED headlights are standard but adaptive headlights with a matrix function that leaves the high beam permanently on is an option.

For the interior, it's clear the designers were influenced by themes featured in the new 2022 iX electric crossover. You'll immediately notice that there's no longer a traditional instrument cluster. Instead, this has been replaced by a curved screen that also incorporates the infotainment hub. Expect this to become a common feature of upcoming BMWs.

A lot of the physical controls have disappeared, but there are still multiple buttons on the steering wheel, and we also see buttons for key features like the window defrosters, hazard lights, and volume control. Standard features include navigation, four USB-C ports and a 12V power socket, a leather steering wheel, rain-sensing wipers, and numerous driver-assist features including a reversing camera and parking assist. A wireless charging pad for mobile devices, head-up display, and surround-view camera are all options.

The 2-Series AT is designed to seat five and maximum storage is just over 51 cubic feet with the rear seats folded flat. The outgoing 2-Series AT could also be ordered as a stretched 2-Series Gran Tourer boasting three rows of seats. This model isn't expected to get a repeat as customers with larger families are more and more turning toward crossovers instead of minivans.

The platform is BMW Group's front-wheel-drive FAAR design that debuted in 2019 in the latest 1-Series hatchback sold overseas and has since appeared in the 2-Series Gran Coupe which arrived on the local scene for the 2020 model year. The platform brings improvements in weight reduction and compatibility with electrified powertrains including battery-electric options. The redesigned 2022 2-Series coupe uses BMW Group's rear-wheel-drive CLAR platform.

The most powerful model at launch will be a 223i mild-hybrid with 214 hp, but by mid-2022 BMW will add 225e and 230e plug-in hybrids. These will come standard with all-wheel drive and offer outputs of 241 hp and 321 hp, respectively. They will also feature a 16.3-kilowatt-hour battery capable of delivering a pure electric range of more than 30 miles. No word yet it a pure electric 2-Series AT is in the works. The sole transmission available is a 7-speed dual-clutch automatic.

The market launch for the redesigned 2-Series AT in most regions is set for February 2022. Production is being handled at BMW Group's plant in Leipzig, Germany.