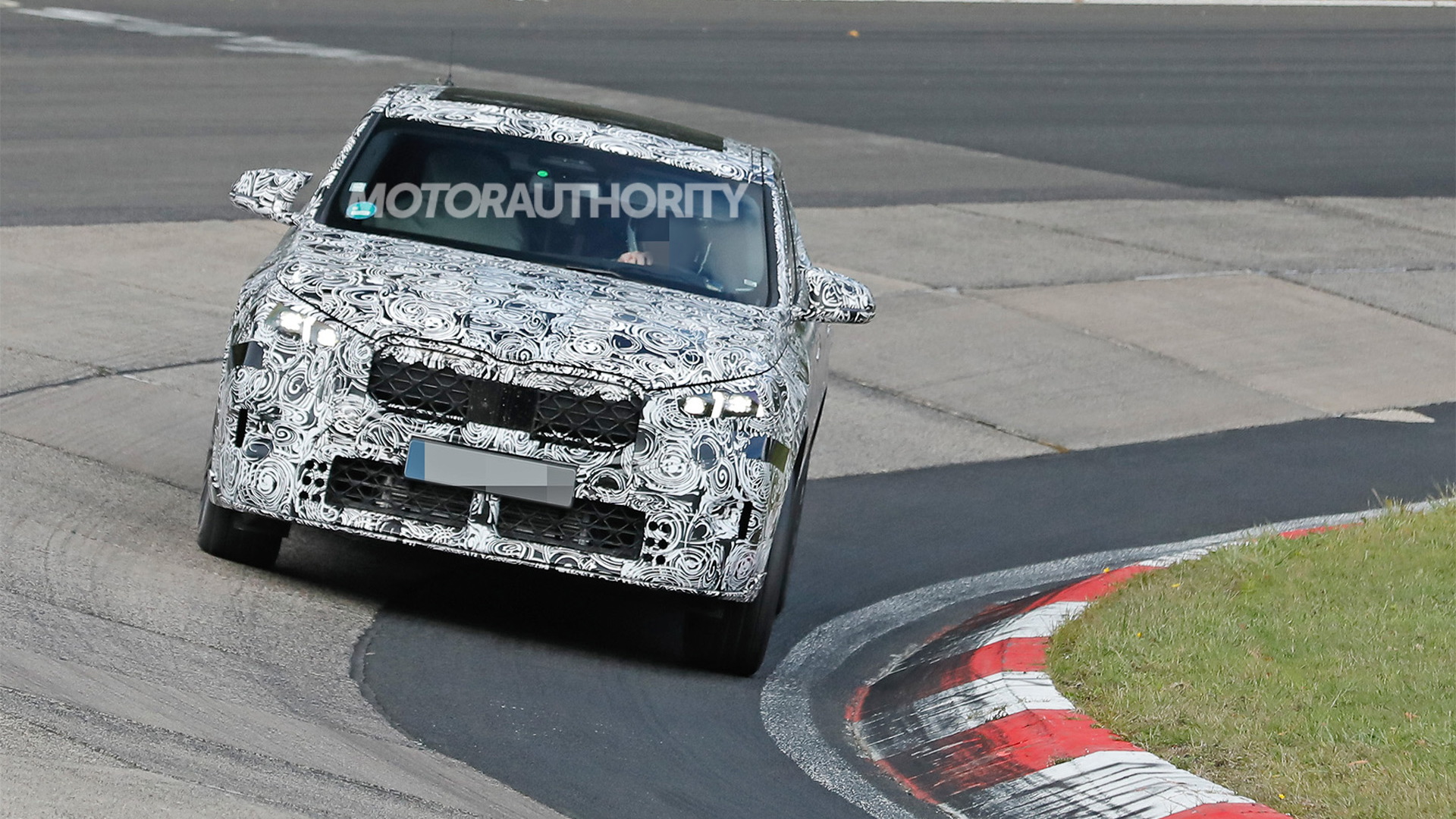 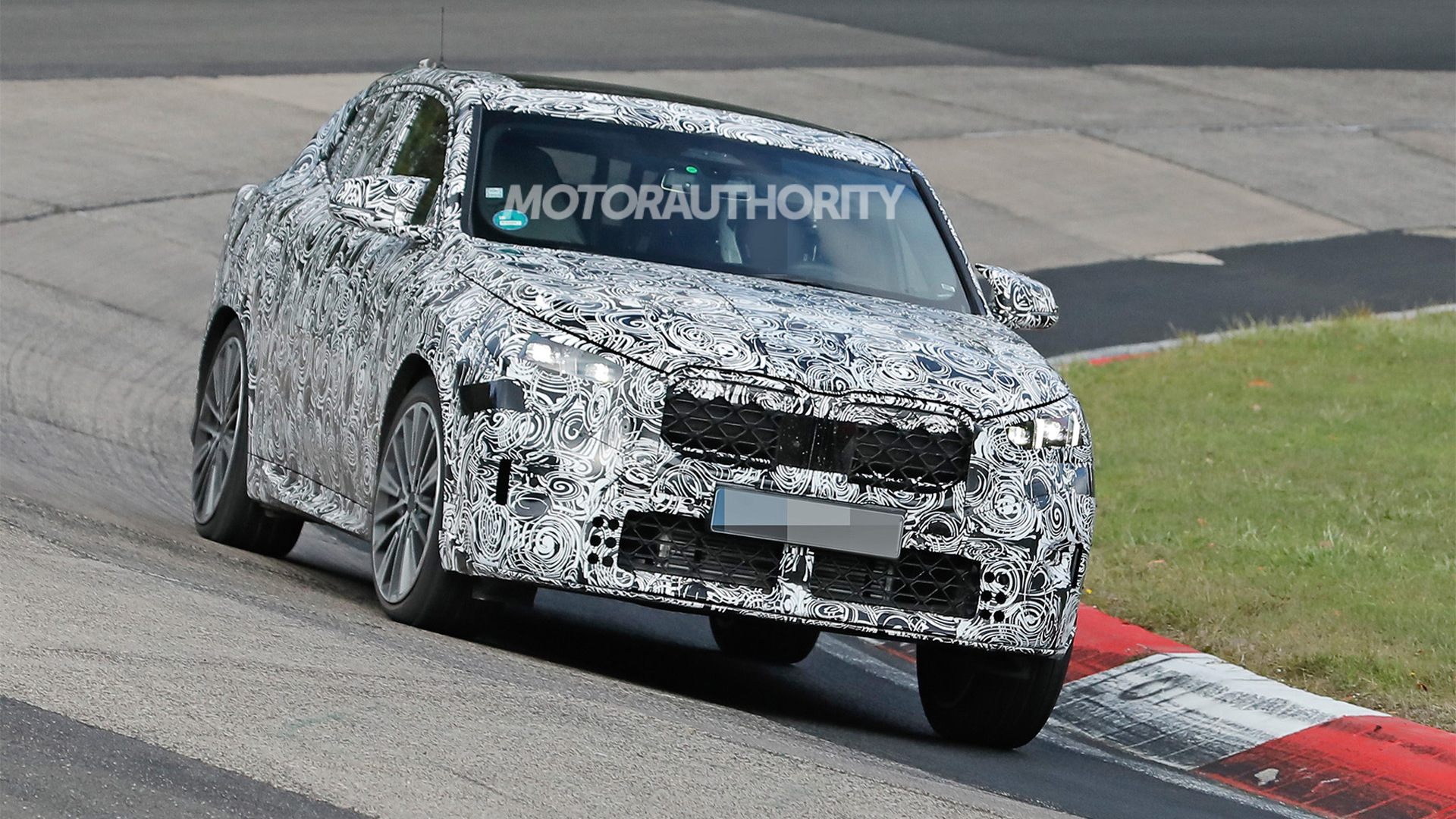 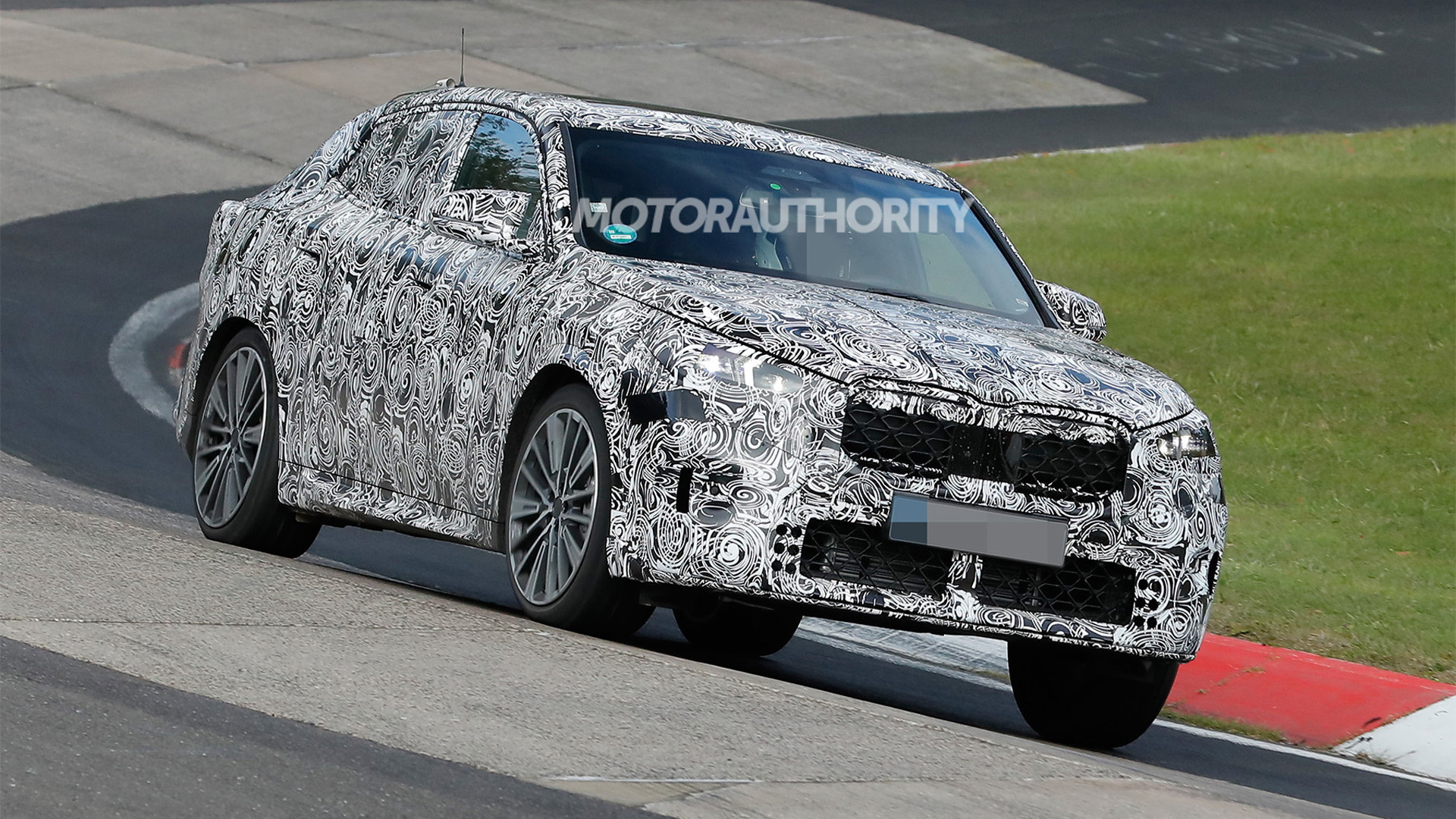 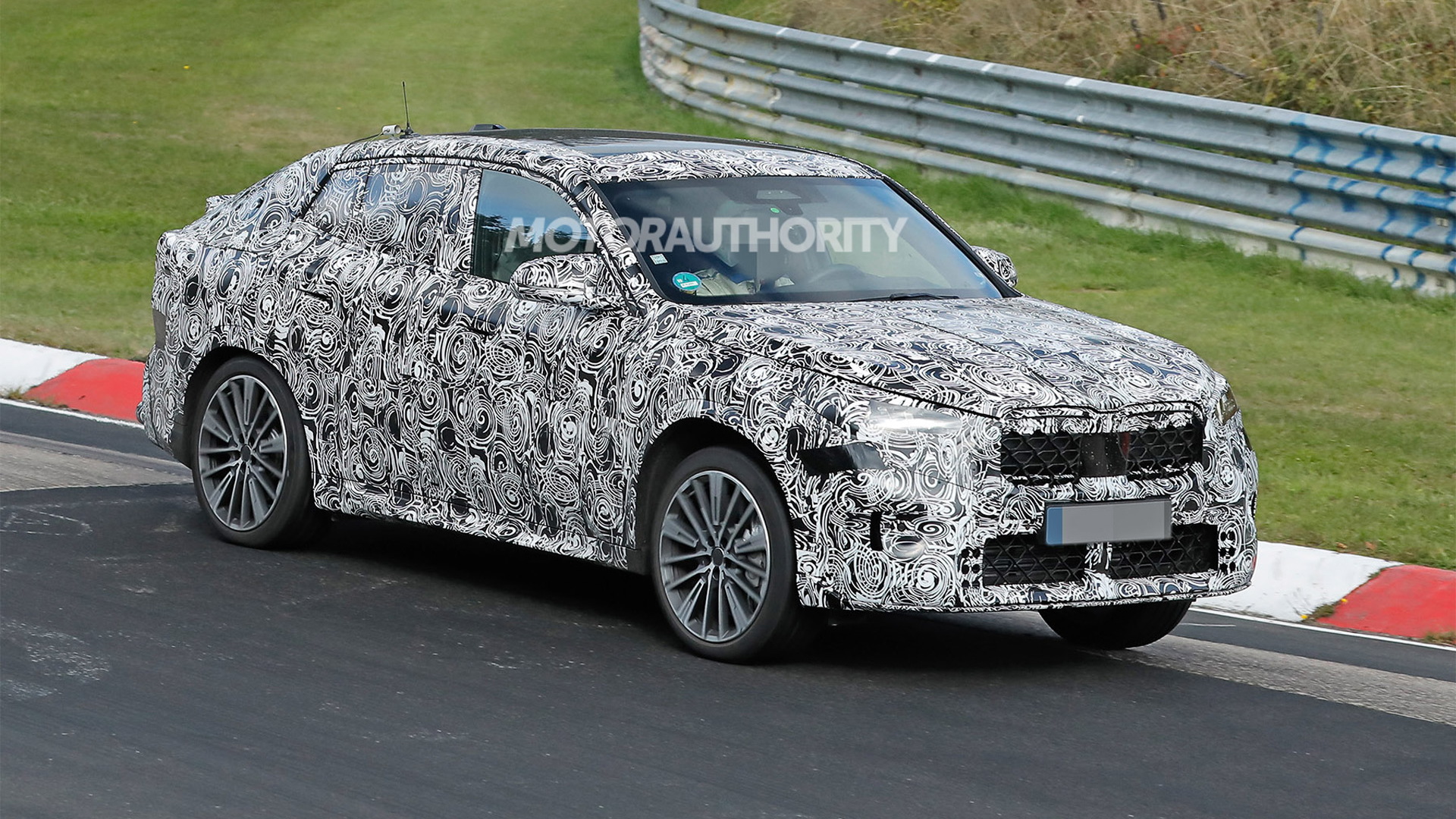 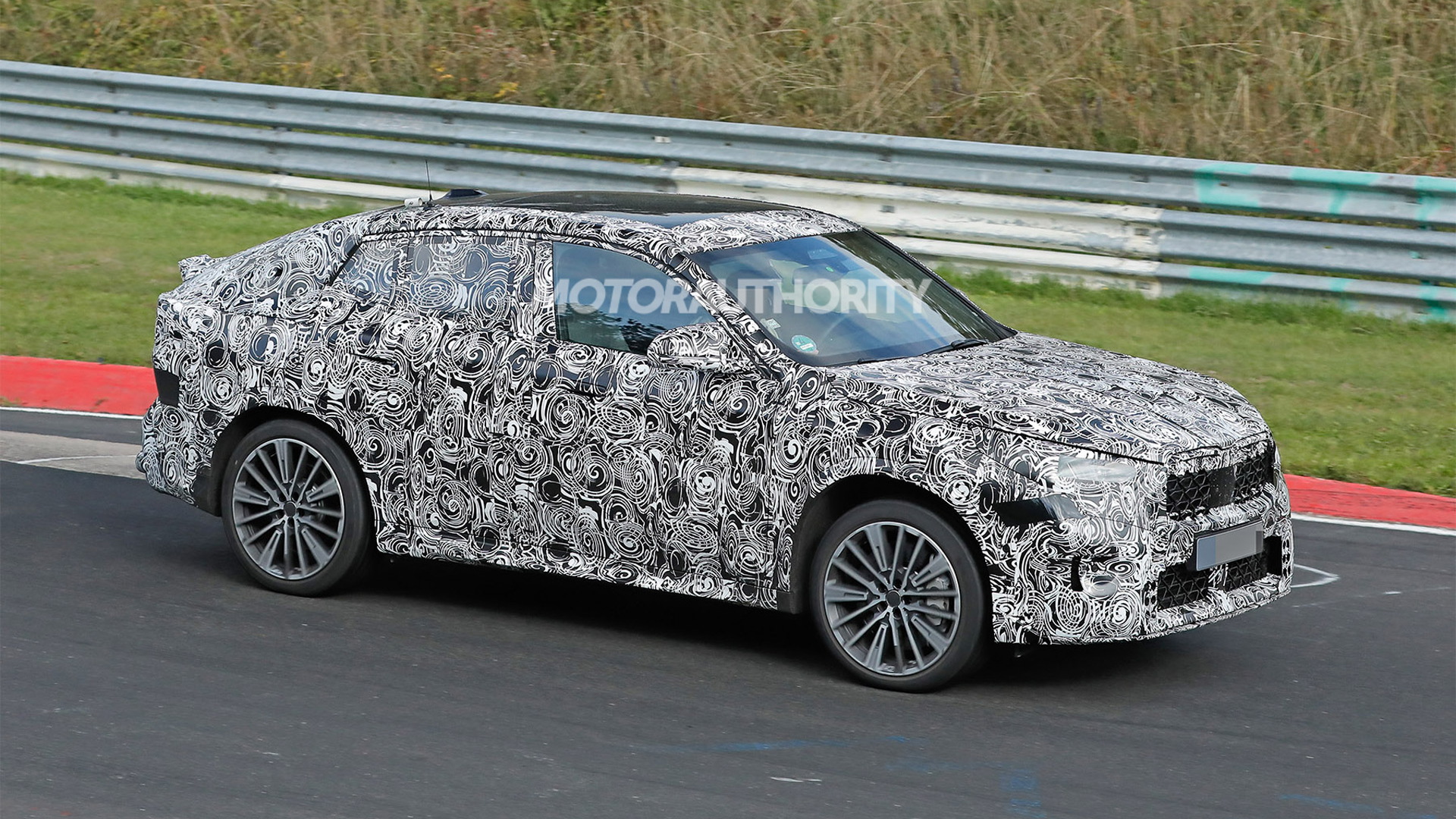 BMW's X2 compact crossover makes a great alternative to the premium hatchbacks typically found outside the U.S., due to its compact size in combination with a tall seating position and higher ground clearance. It was a new addition to the lineup here for 2018 and soon a redesigned version will arrive.

A prototype for the next generation X2 has been spotted again, and it hints at a design that's more coupe-like than the slanted-roof current generation. Other details like the headlights and grille are similar to the designs found on the redesigned 2023 BMW X1, whose underpinnings the vehicle shares.

Those underpinnings are the latest version of BMW Group's FAAR platform for front-wheel-drive vehicles. We know the new X1 is longer and wider than the model it replaces, and the same will likely be true for the new X2.

The interior design should be a match with the interior in the new X1, which likewise matches the interior in the latest 2-Series Active Tourer sold overseas. There's no longer a traditional hood over the instrument cluster. Instead, the instrument cluster stands alone as a floating screen and is joined by a second screen for the infotainment system. The traditional upright gear lever has also been replaced by a small nub integrated in an extension of the center armrest.

The X2 is currently available in the U.S. in X2 xDrive28i and X2 M35i grades, which come with 2.0-liter turbo-4s delivering 228 and 302 hp, respectively. Expect the same grades for the new X2, but perhaps with small increases in horsepower. The new X1 xDrive28i grade has been confirmed with 241 hp. It is also confirmed with a 7-speed dual-clutch automatic and all-wheel drive, features which should also appear in the new X2.

The current X2 offers an xDrive25e plug-in hybrid grade overseas, though the jury is still out on whether such an option will be offered on the new X2. It also isn't clear whether we'll see an electric iX2, though the new X1 has spawned an electric iX1 with 308 hp and a claimed 250 miles of range. The electric X1 hasn't been confirmed for U.S. sale, though.

While there have been rumors of an X2 convertible, such a body style no longer appears to be in the pipeline.