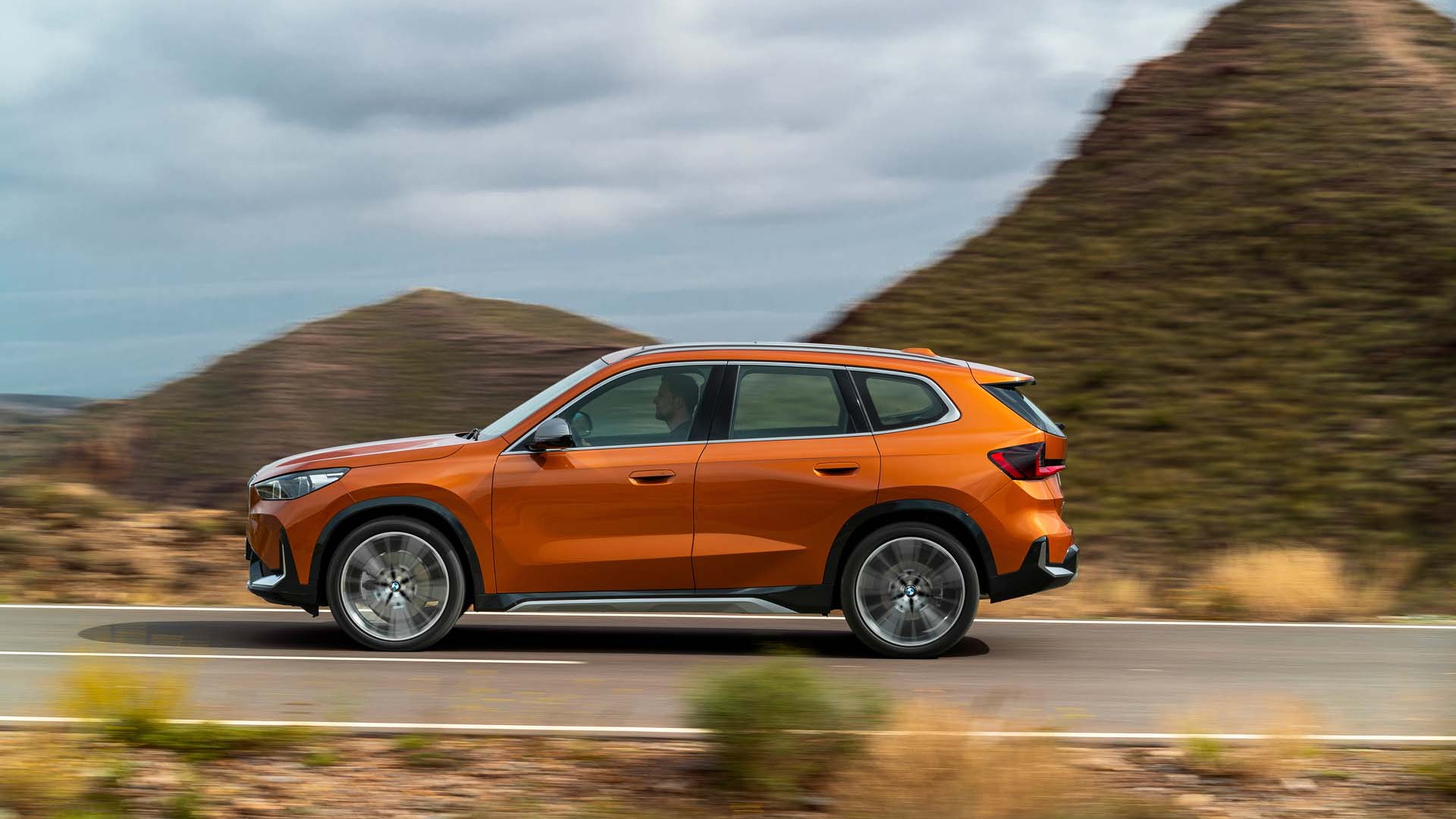 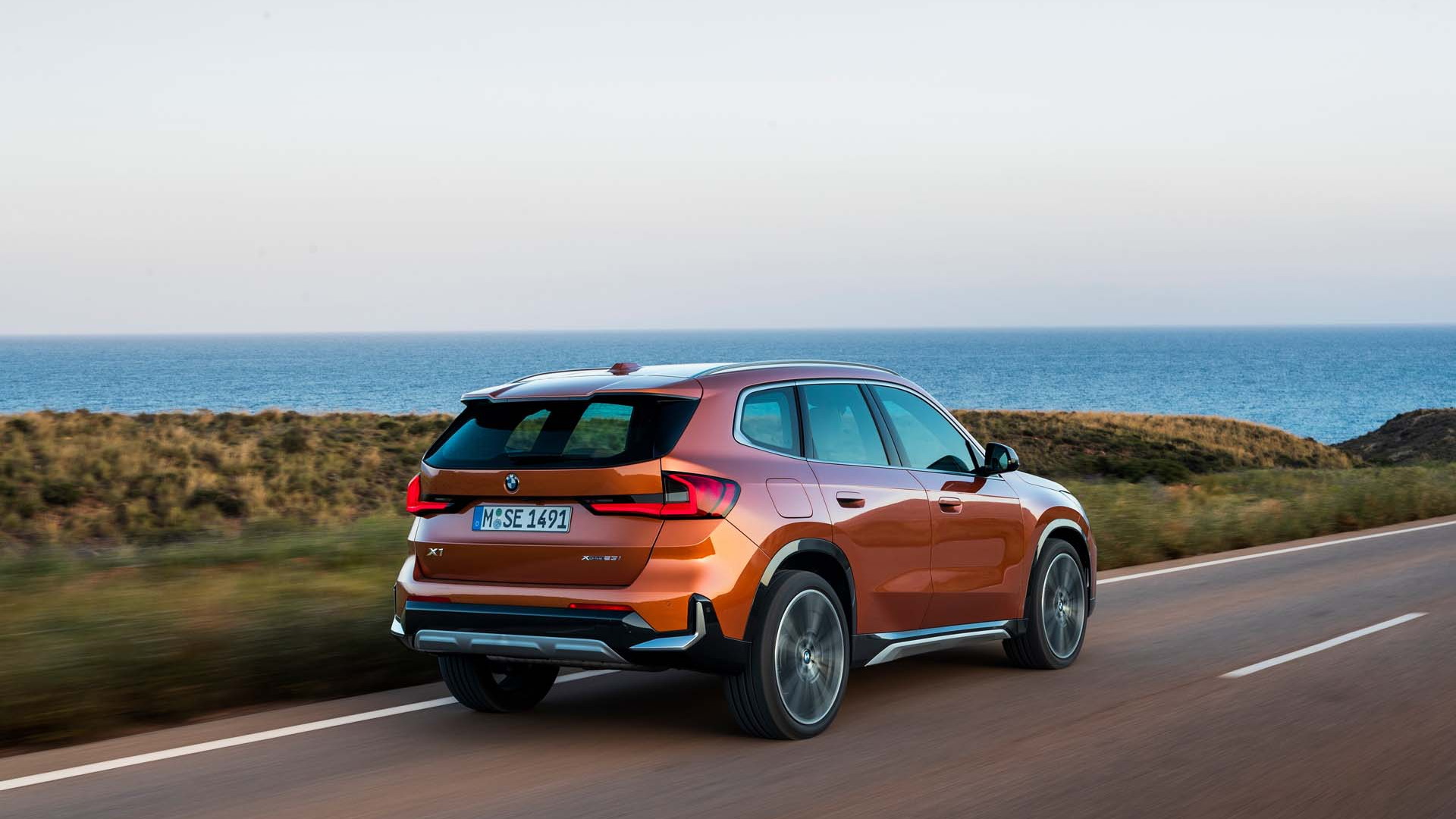 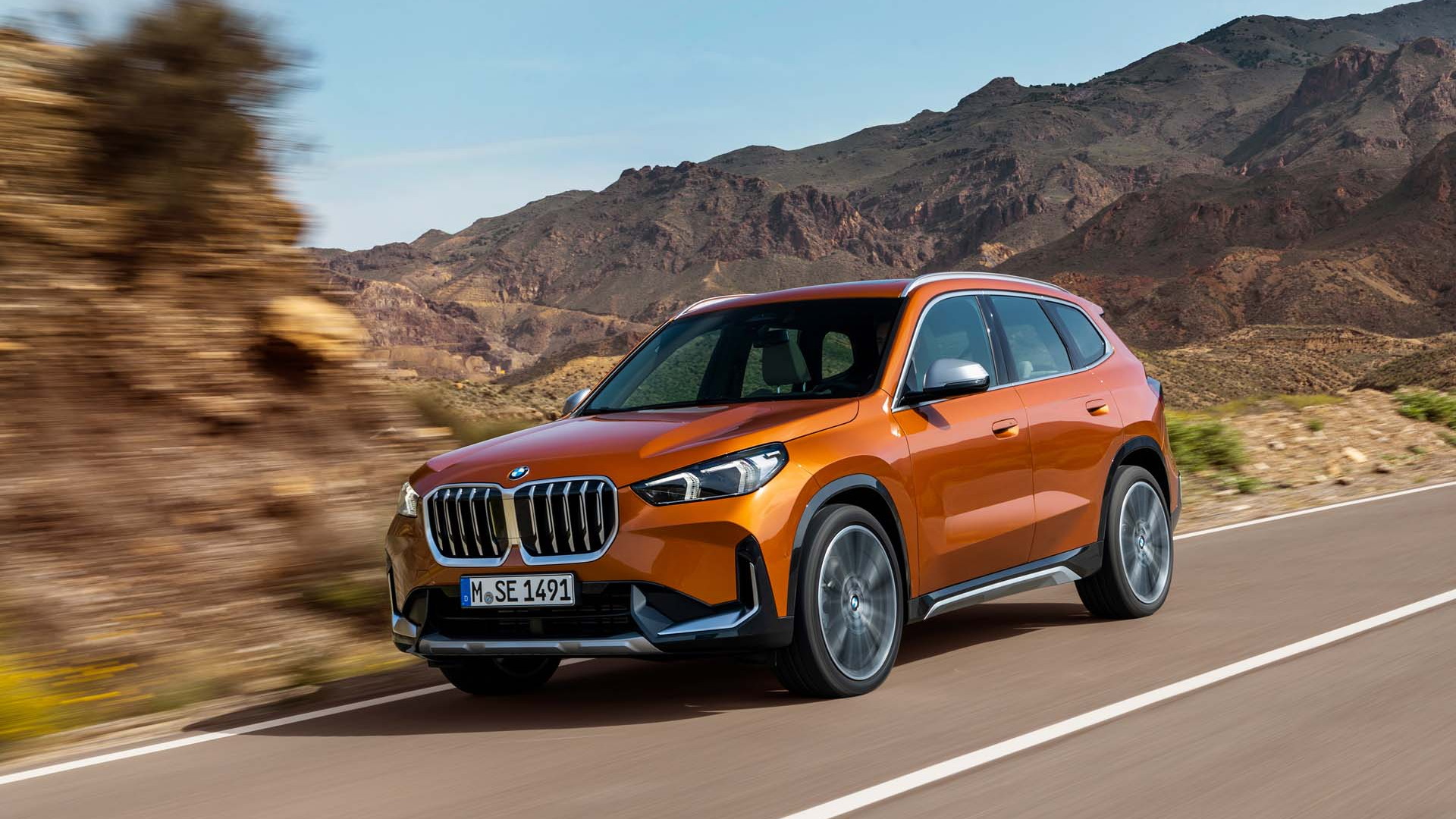 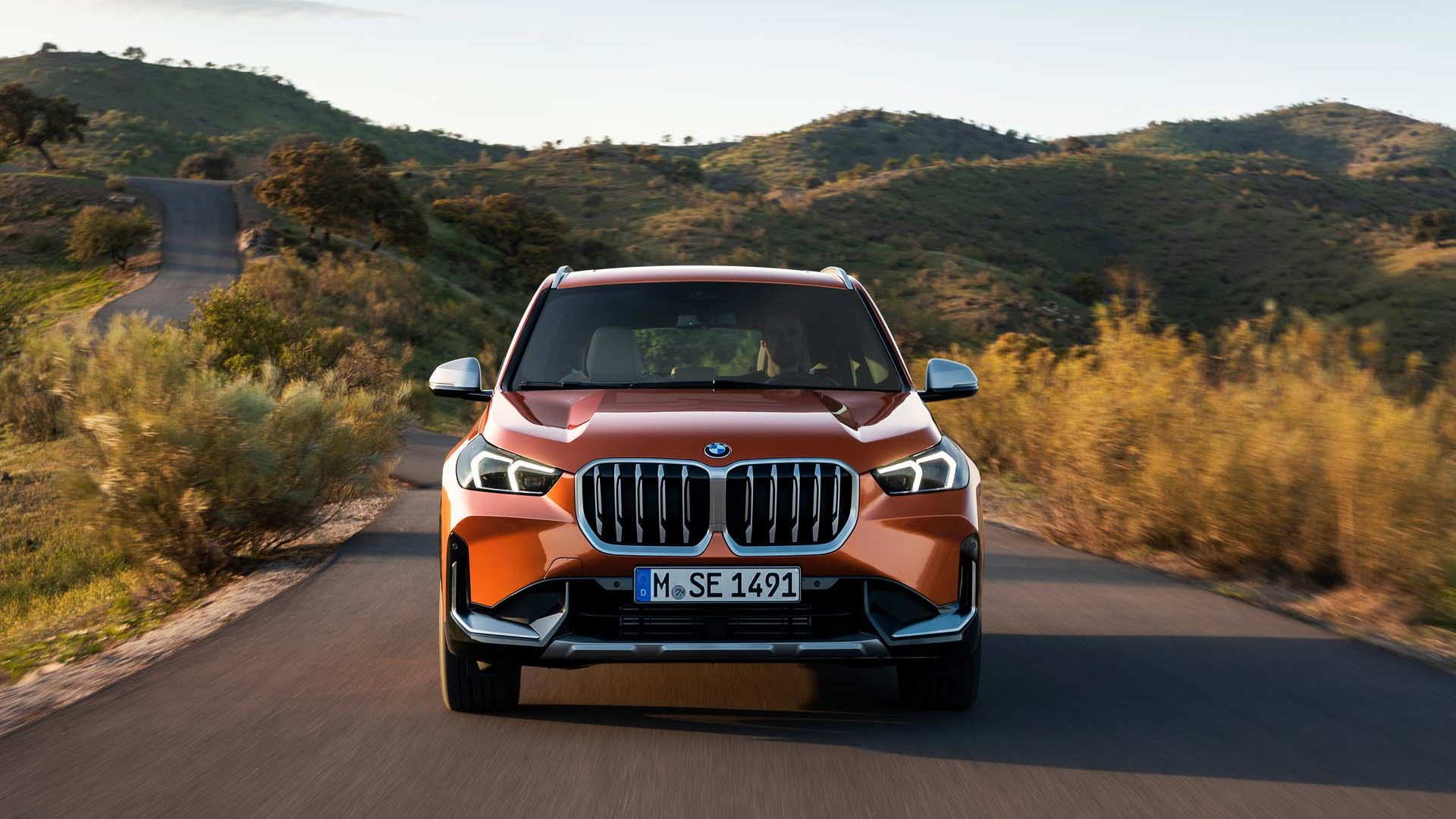 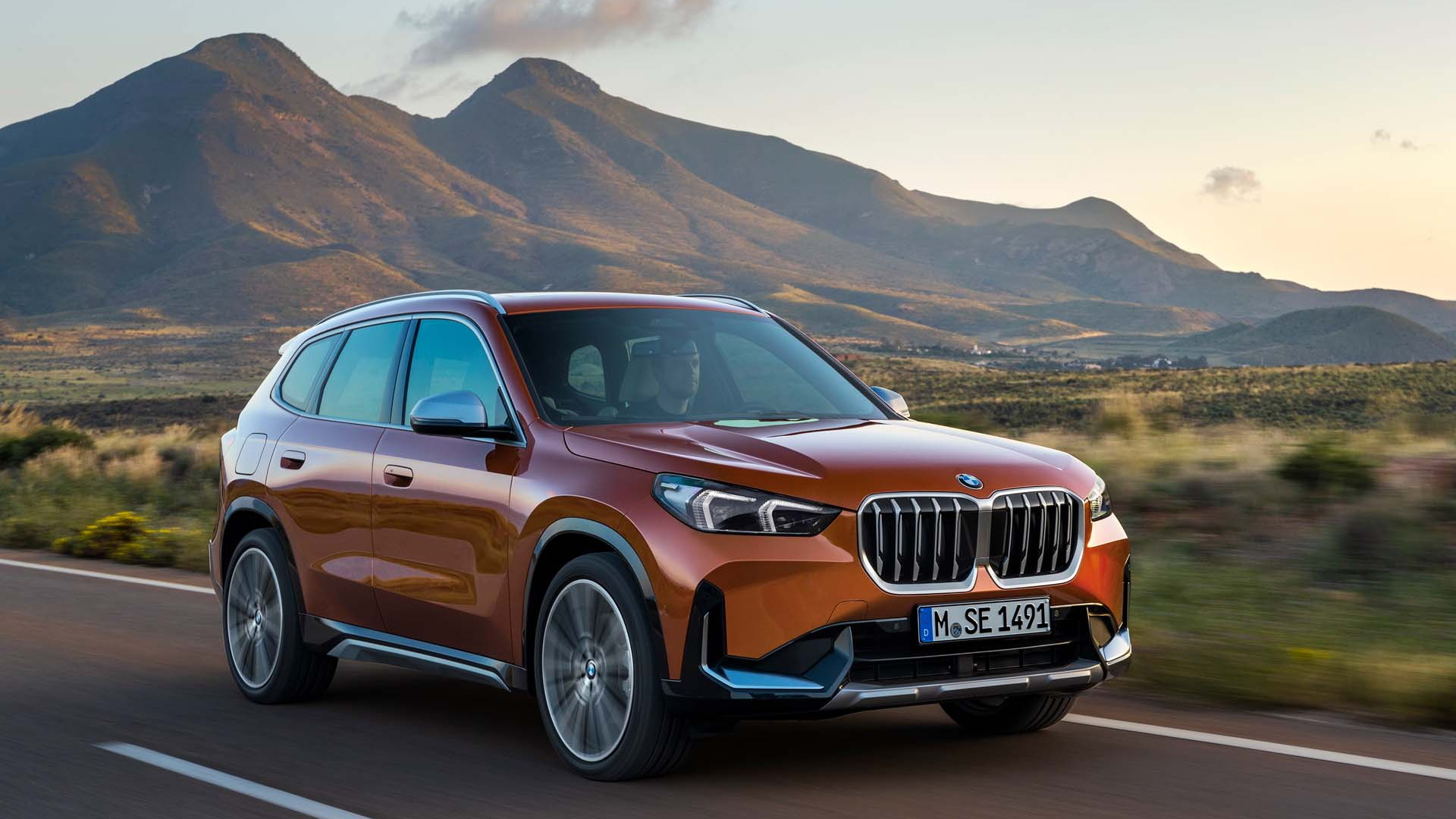 BMW's X1 has been redesigned, with the popular compact crossover retaining the outgoing model's good looks while growing in size.

The current X1 is already one of the better looking crossovers in the compact segment, and BMW's designers have managed to up the wow factor with the new third generation model. The biggest change is at the front where there's a more pronounced nose and an almost square-like design for the traditional BMW kidneys. LED lights are standard at both ends.

Improved proportions were helped by a larger footprint, with the new X1 having grown in length by 1.7 to 177.2 inches, and in width by 0.9 to 72.6 inches. The 106-inch wheelbase is 0.9 inches longer than before, while the 62.3-inch track front and rear is 0.8 inches wider than before. The bigger dimensions should mean increased cabin and storage space, though BMW is yet to publish these figures.

The platform is BMW Group's latest front-wheel-drive architecture designed for compact cars, known as FAAR. The platform made its debut in 2019 in a redesigned 1-Series Hatchback and also underpins the 2-Series Active Tourer, as well as the 2-Series Gran Coupe we get here in the U.S.

The FAAR platform is an update of the UKL platform underpinning the current X1. The biggest change is the option for battery-electric powertrains. Yes, an electric iX1 has also been revealed. It's just one of at least 13 battery-electric models BMW Group will offer across its brands by the end of 2023, though hasn't been confirmed for U.S. sale just yet.

BMW has only announced one powertrain for the 2023 X1 in the U.S. Featuring in an xDrive28i grade, the powertrain is a 2.0-liter turbocharged inline-4 delivering 241 hp and 295 lb-ft of torque. The engine is mated to a new 7-speed dual-clutch transmission and a standard all-wheel-drive system. With this setup, owners can expect 0-60 mph acceleration in 6.2 seconds and a top speed of 149 mph (when fitted with performance tires).

Don't hold your breath for an X1 M from BMW M, but a sporty X1 M35i is coming. Expect this model to pack close to 340 hp, which will make it a great alternative to the GLA 35 and GLB 35 from Mercedes-Benz AMG. Two plug-in hybrid options are also available overseas, though plans for the U.S. market are not yet clear.

The interior design is a match with the interior in the 2-Series Active Tourer. There's no longer a traditional hood over the instrument cluster. Instead, the instrument cluster stands alone as a floating screen and is joined by a second screen for the infotainment system. The traditional upright gear lever has also been replaced by a small nub integrated in an extension of the center arm rest.

Controlling it all is BMW's latest iDrive interface, version 8.0. While a lot of the physical controls have disappeared, there are still multiple buttons on the steering wheel, and we also see buttons for key features like the window defrosters, hazard lights, and volume control. There's also voice activation which is able to understand natural speech, like requests for adjusting the climate settings or opening or closing the available panoramic glass roof.

Standard features on the 2023 X1 include navigation, Apple CarPlay and Android Auto, a powered tailgate, and numerous driver-assist features. A wireless charging pad for mobile devices, head-up display, and surround-view camera are all options.

Fellow BMW Group brand Mini is developing a redesigned Countryman twinned with the new X1. Both vehicles will also share a plant, in this case BMW Group's plant in Leipzig, Germany.