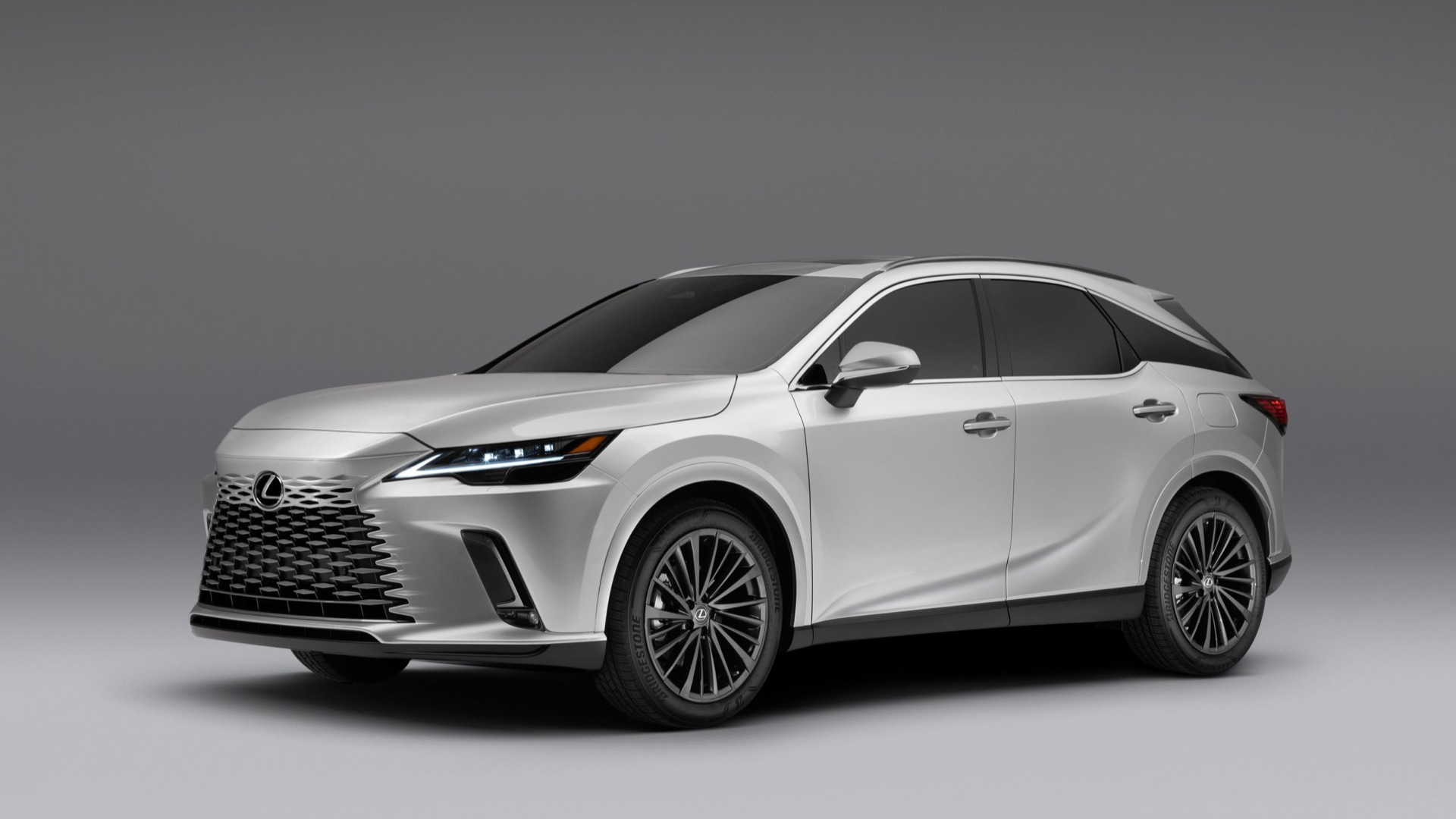 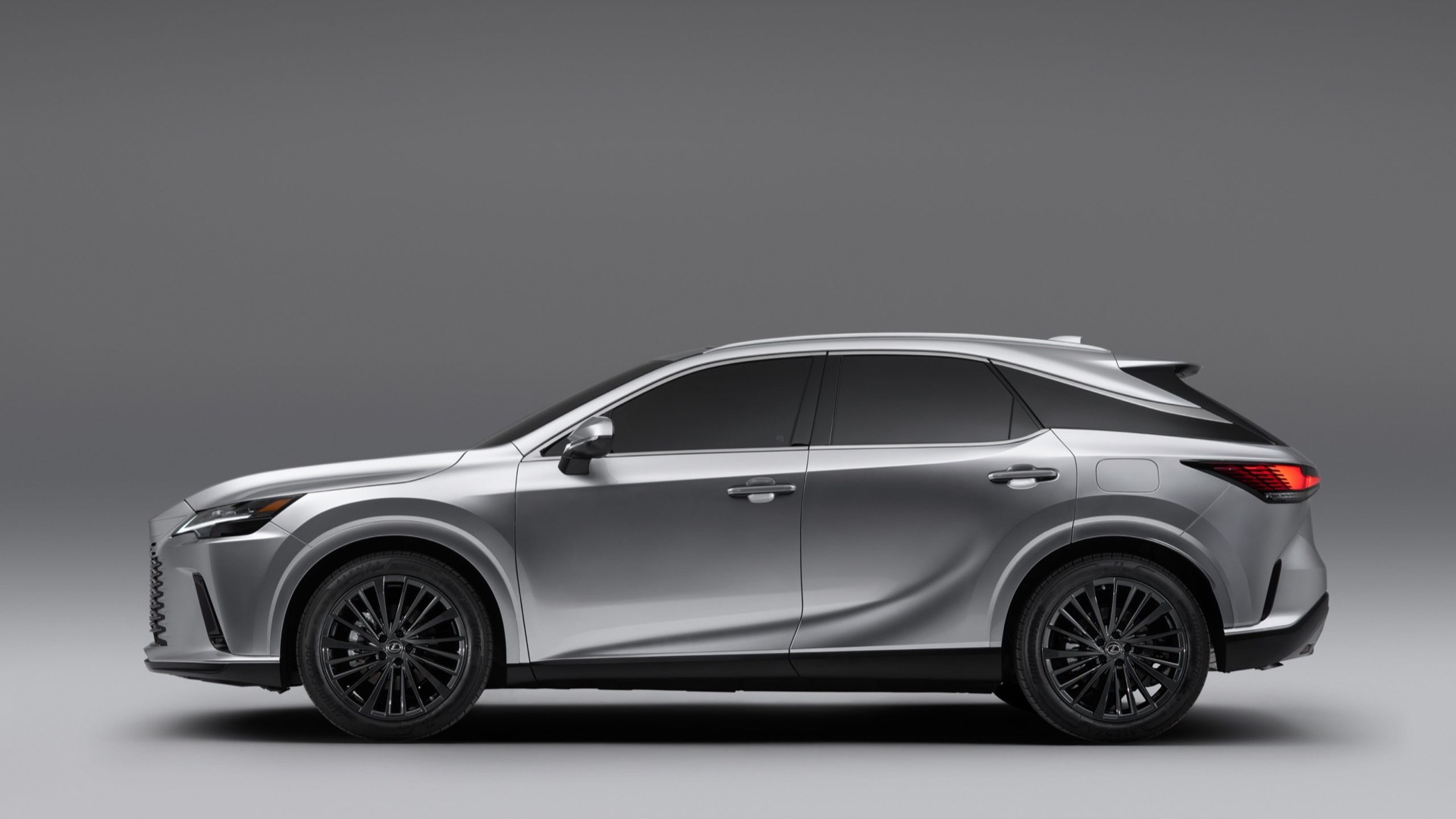 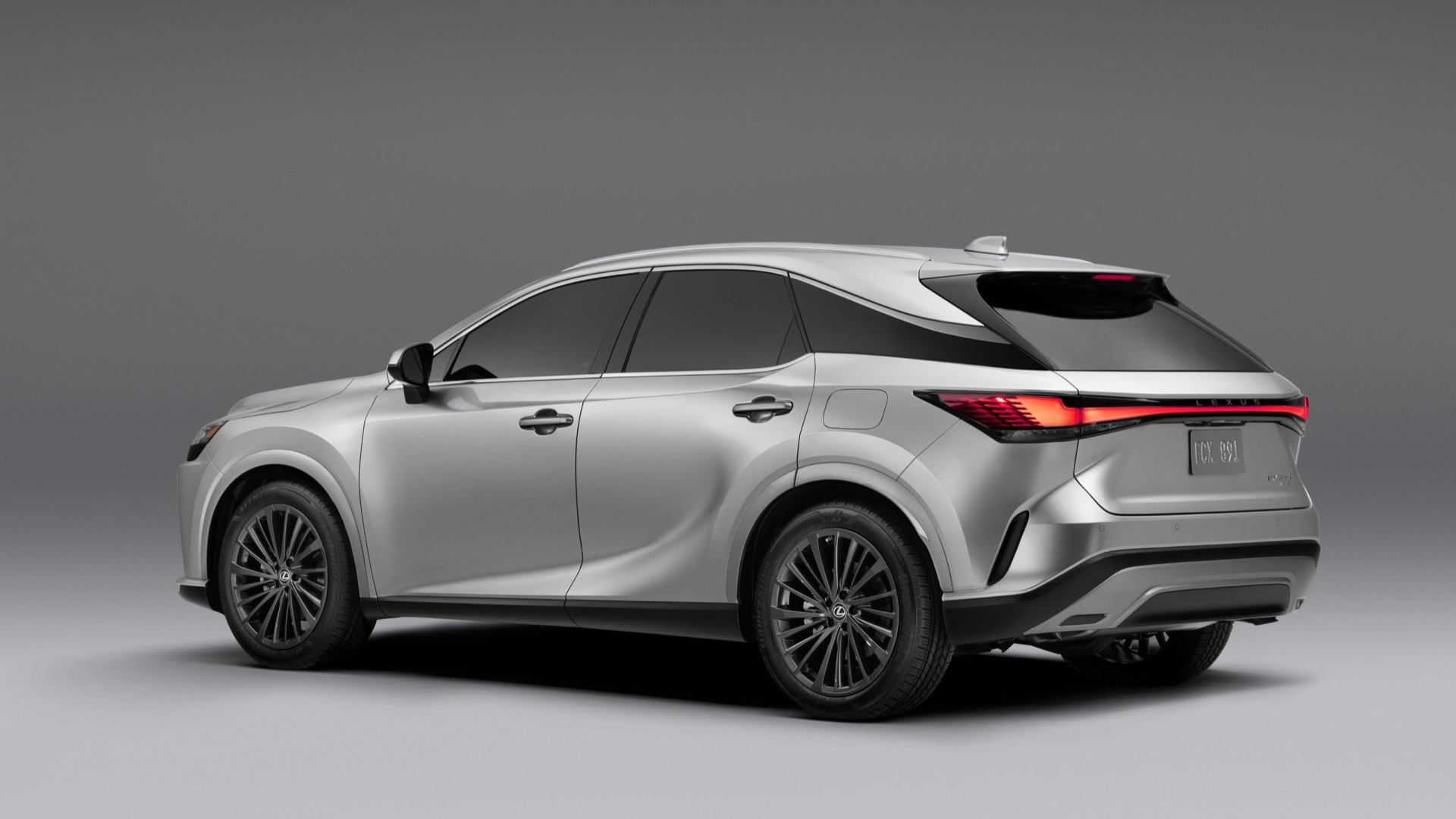 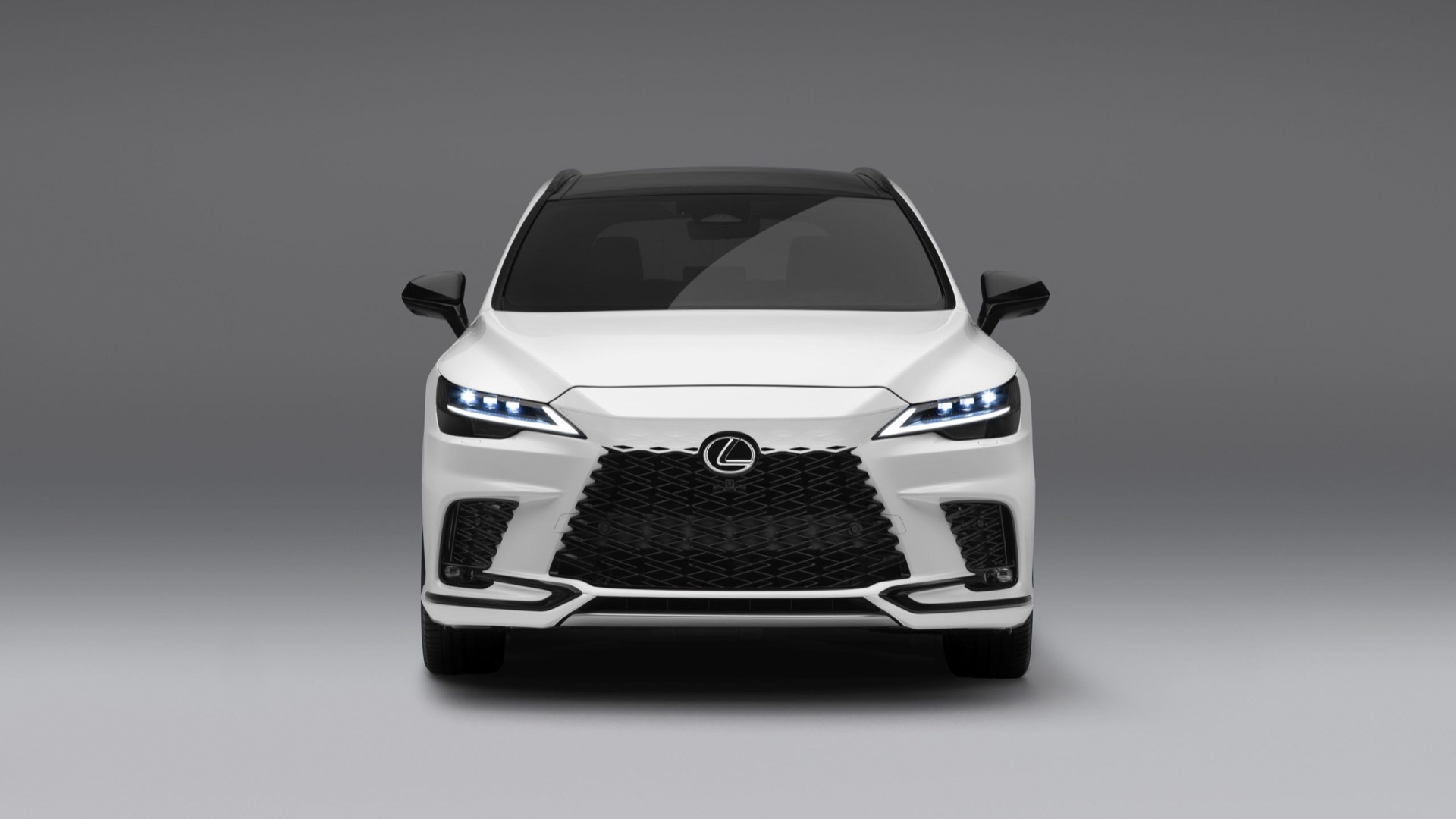 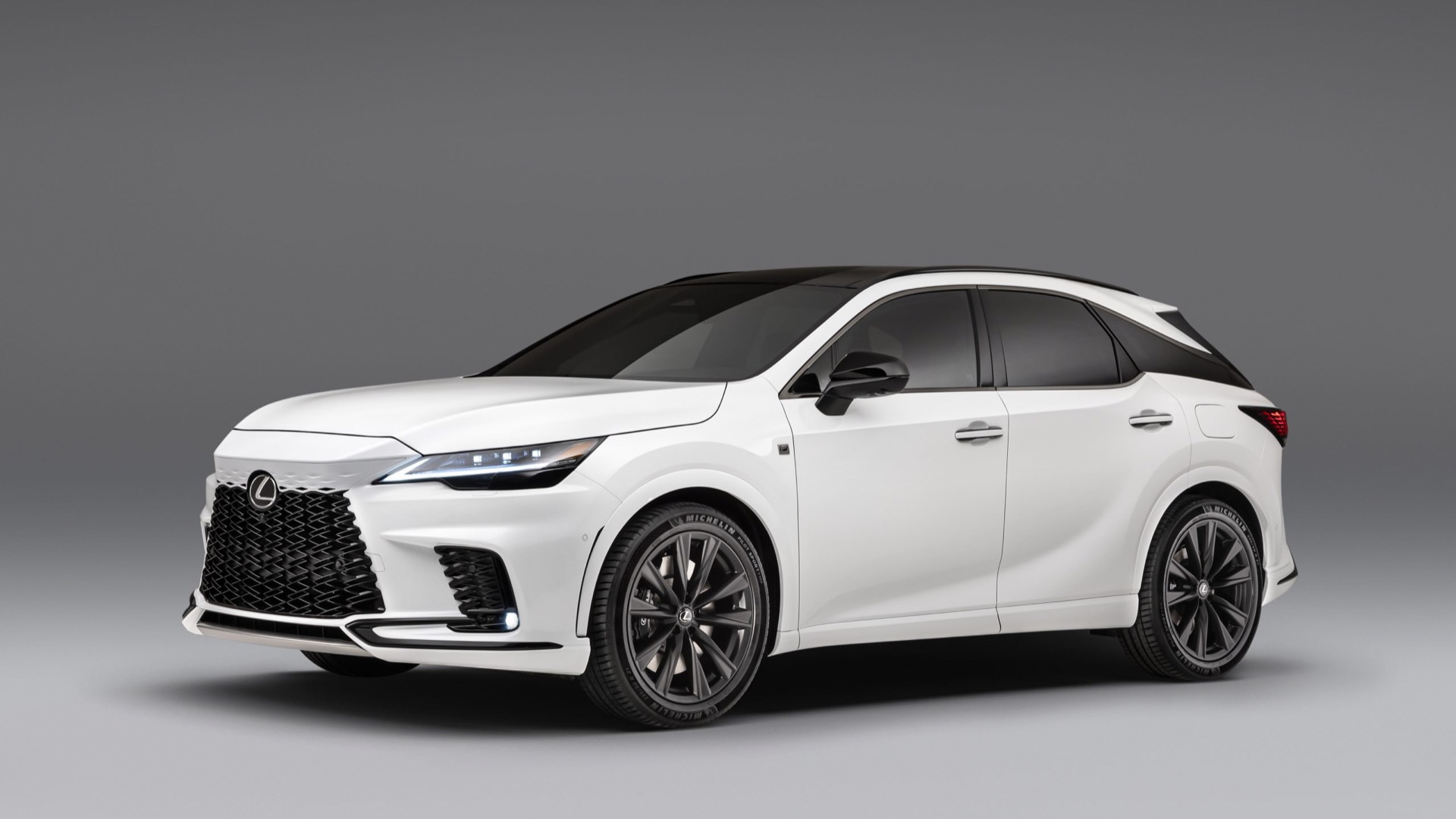 The best-selling, most important, Lexus is new again.

On Tuesday, the 2023 Lexus RX debuted with a new powertrain lineup, a new platform, a complete overhaul of its design, and the automaker's latest interior technology

Base RX 350 models are powered by a 2.4-liter turbo-4 making 275 hp and 317 lb-ft of torque. It’s mated to an 8-speed automatic transmission and comes with standard front-wheel drive or optional all-wheel drive. Estimated fuel economy of 24 mpg combined barely tops that of the current V-6 model, which is rated at 23 mpg combined.

Lexus splits the hybrid lineup for the new generation. The outgoing RX 450h becomes the RX 350h with a 2.5-liter inline-4 and electric motors that combine to produce 246 hp and 233 lb-ft of torque, which flows to all four wheels via a continuously variable automatic transmission. Lexus provided an estimated fuel economy rating of 33 mpg combined, which is 3 mpg better than the current 450h with its V-6 hybrid powertrain.

A new RX 450h+ plug-in hybrid joins the lineup for 2023, though Lexus hasn't detailed the powertrain yet. It’ll likely pair the RX 350h’s powertrain with a larger battery pack and a plug to enable a limited number of miles of electric-only driving.

The RX 500h F Sport Performance model is powered by a 2.5-liter inline-4 and two electric motors mated to a 6-speed automatic transmission. Combined output is rated at 367 hp and 406 lb-ft of torque, and 6-piston front brake calipers should enhance stopping power.

The new RX rides on the GA-K version of Toyota's TNGA platform. It's the same modular design that underpins the latest ES sedan. The new platform lightens the RX by up to 198 lb compared to the current model due to a mixed material design.

Lexus increases the RX's wheelbase by 2.4 inches, but keeps the overall length the same by reducing the rear overhang by 2.4 inches. While the platform and dimension changes result in more rear seat leg room and increased cargo space, Lexus drops the three-row version and its almost useless rear seat. The rear liftover height for the cargo area is also lower, according to Lexus. Full specifications have not been released.

Evolution rather than revolution

The exterior of the new RX looks like a mashup of the latest NX compact crossover and RZ electric crossover, with a few bits of the electric concepts thrown in for good measure.

The automaker's spindle grille returns, but now bleeds into the hoodline and upper section of the bumper. The frameless grille looks as if it floats within the front of the RX, while the vertical air intakes beneath the headlights provide visual height to the front end. The roof appears to have a faster rake at the rear, giving the latest RX almost a lowered sport wagon appearance. The rear end features wraparound LED taillights similar to those Lexus showed on its future electric concepts.

Inside the RX follows the path laid by the smaller NX in a wider format. Electronic door releases, an available head-up display, a digital gauge cluster, and a 14.0-inch touchscreen infotainment system with the automaker's new interface (which is world's better than the outgoing system, but can't multitask) all port over from the NX. A new stubby electronic gear selector replaces the current mechanical unit and helps clear up some of the center console's clutter.

Every 2023 RX will feature a suite of active safety technology, which the automaker dubs the Lexus Safety System+ 3.0, including automatic emergency braking with pedestrian detection, adaptive cruise control, and active lane control.