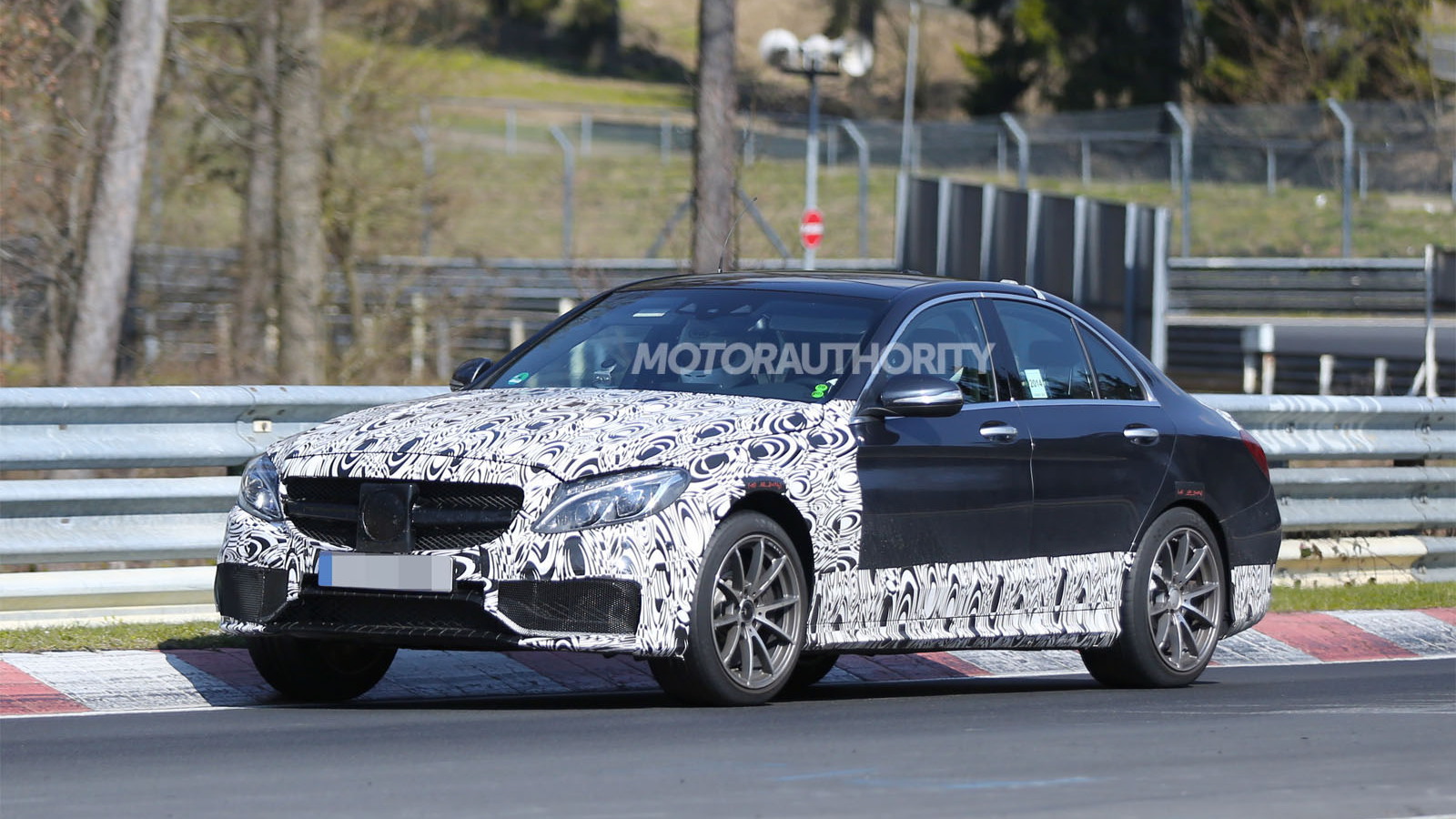 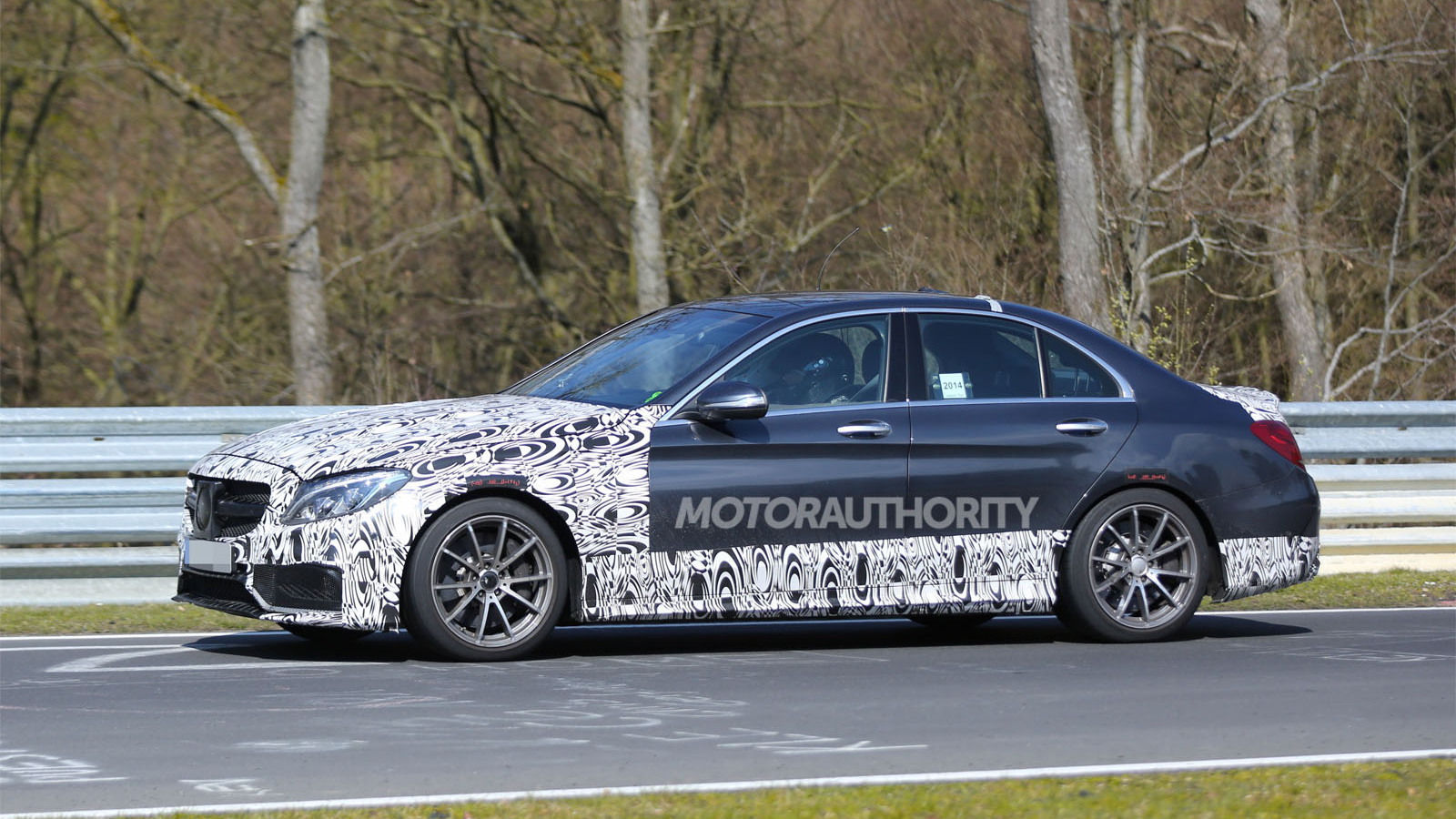 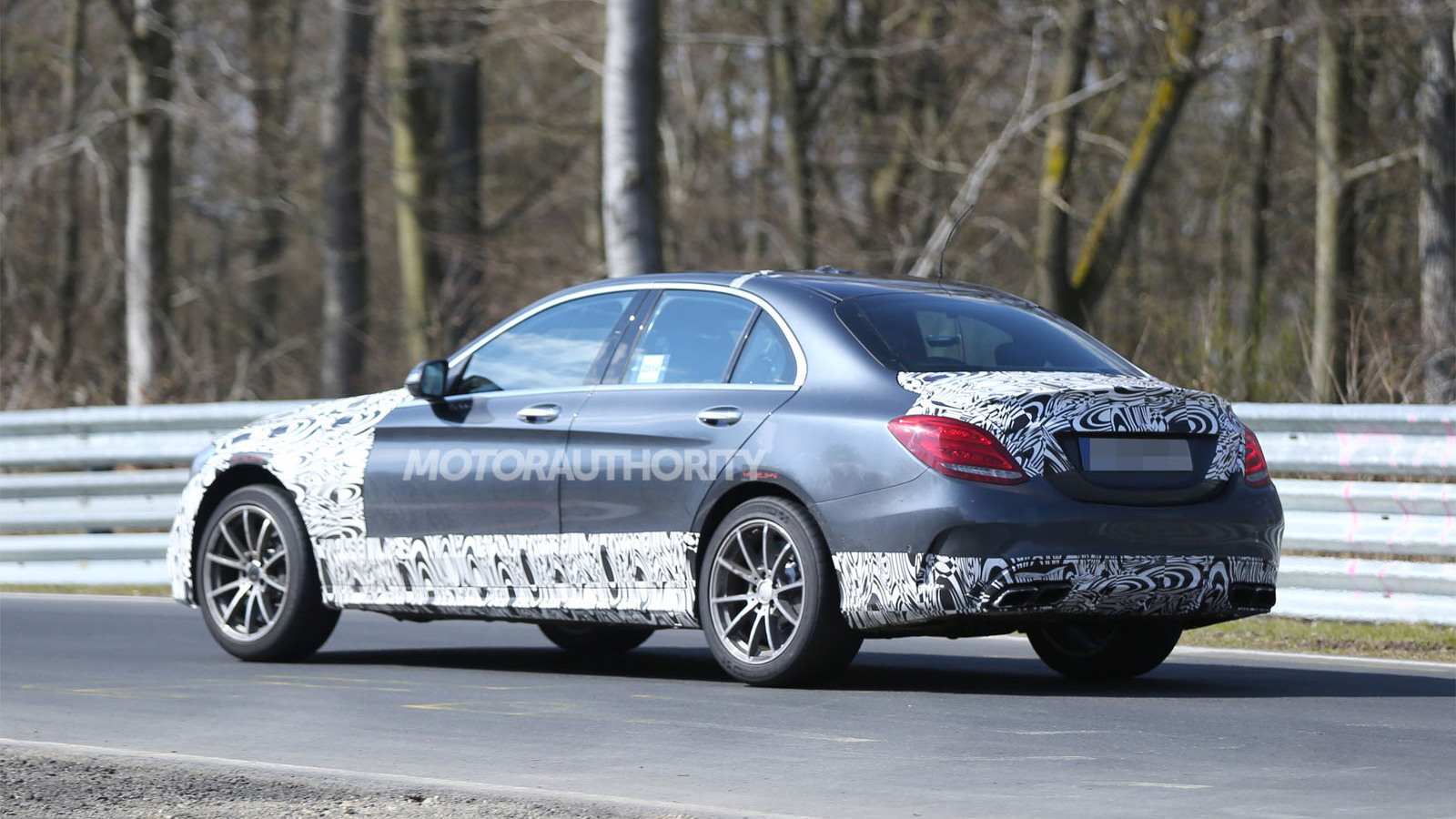 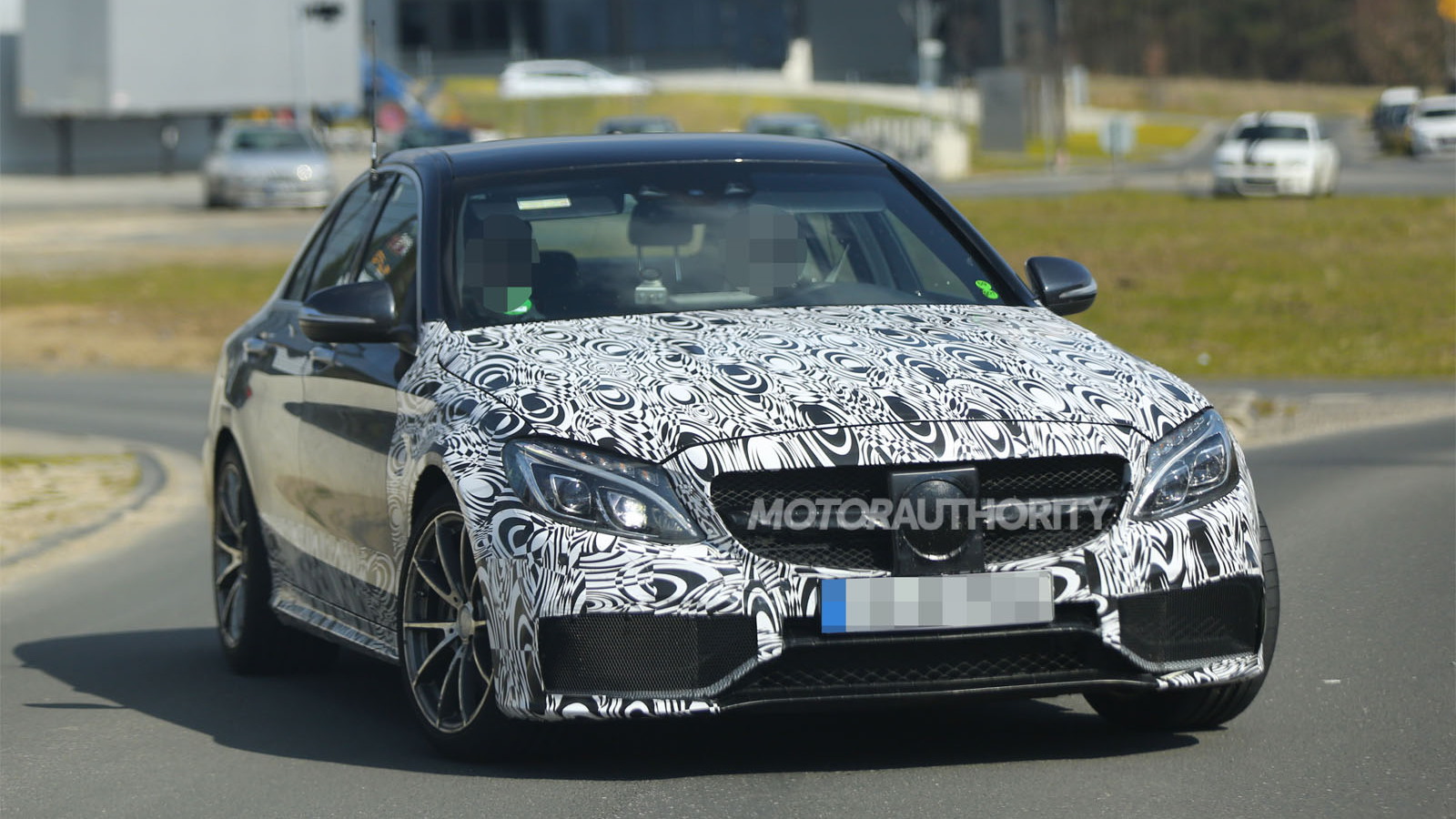 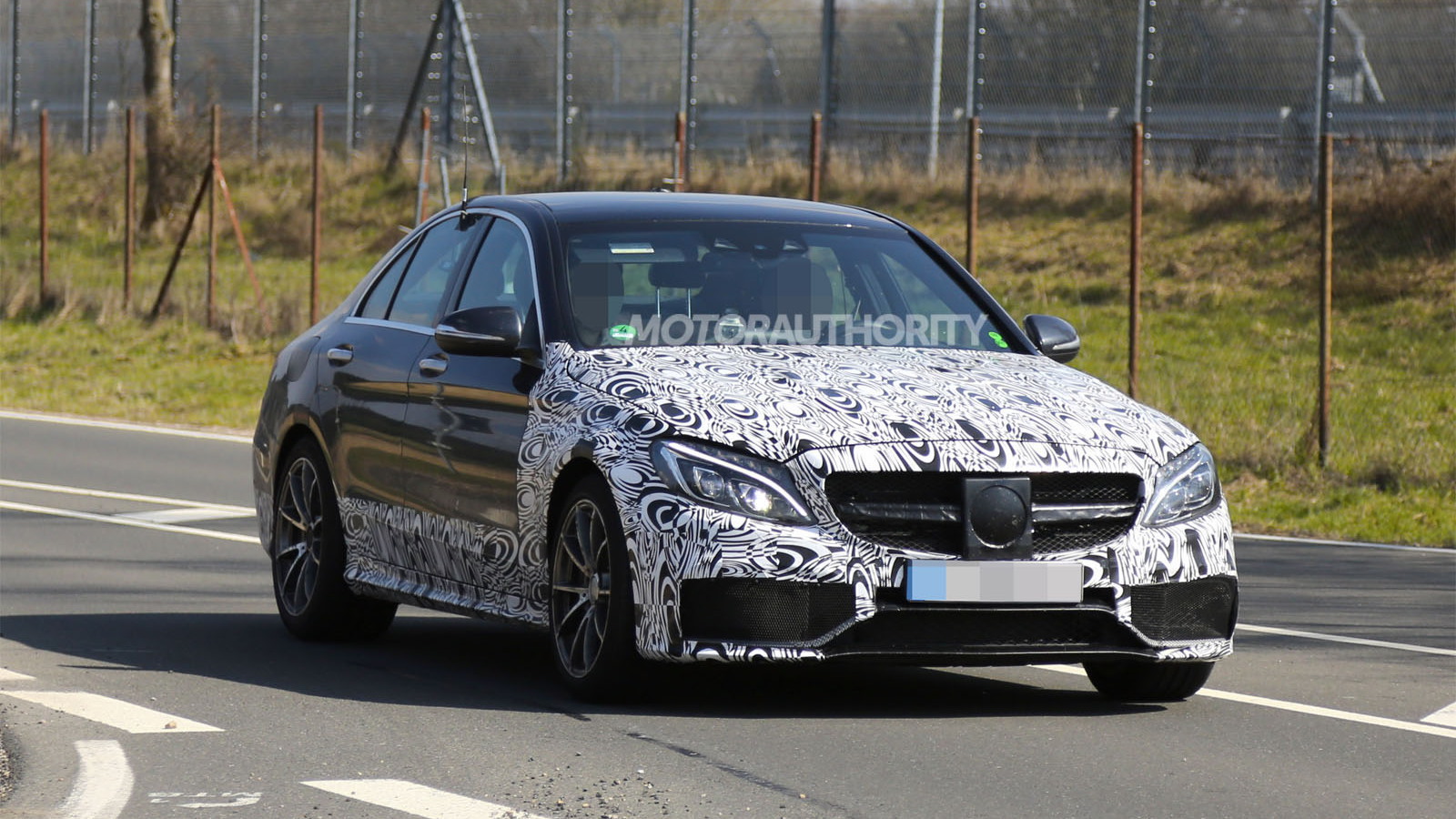 8
photos
The hottest version of the latest-generation Mercedes-Benz C-Class, the new C63 AMG, was spotted at the Nürburgring race track in Germany recently, and we have it caught on video. Although the latest C-Class is already available in many markets, AMG is waiting until after the launch of the Mercedes-AMG GT sports car this fall to introduce the new C63 AMG.

That’s because the two cars will share an engine, a twin-turbocharged 4.0-liter V-8, and AMG understandably wants to introduce it in its halo product. The good news, as this video confirms, is that the exhaust note of the new engine sounds just as brutal as that of the outgoing C63 AMG’s 6.2-liter V-8, despite a pair of turbos blocking the flow of the exhaust gases.

Both power and torque levels should rise over those of the outgoing C63 AMG, which rates at 451 horsepower and 443 pound-feet of torque, and fuel economy should be improved as well. Performance should also be boosted considerably in the new model thanks to the lighter and more rigid MRA platform underpinning the car.

Other features should include an AMG SPEEDSHIFT seven-speed transmission and AMG DRIVE UNIT, the latter allowing owners to modify many of the vehicle’s settings, from the speed of gear shifts to the suspension stiffness. The new C63 AMG is also expected to retain a rear-wheel-drive setup despite AMG’s recent moves to make the E63 AMG and S63 AMG models all-wheel-drive as standard here in the U.S.

Look for a reveal towards the end of the year, meaning a debut at either the 2014 Los Angeles Auto Show in November or 2015 Detroit Auto Show in January. Further down the track we’ll see a C63 AMG wagon launched, albeit not in the States, and eventually a new Black Series model.

For more details on the new C63 AMG, including additional spy shots, check out our previous report.