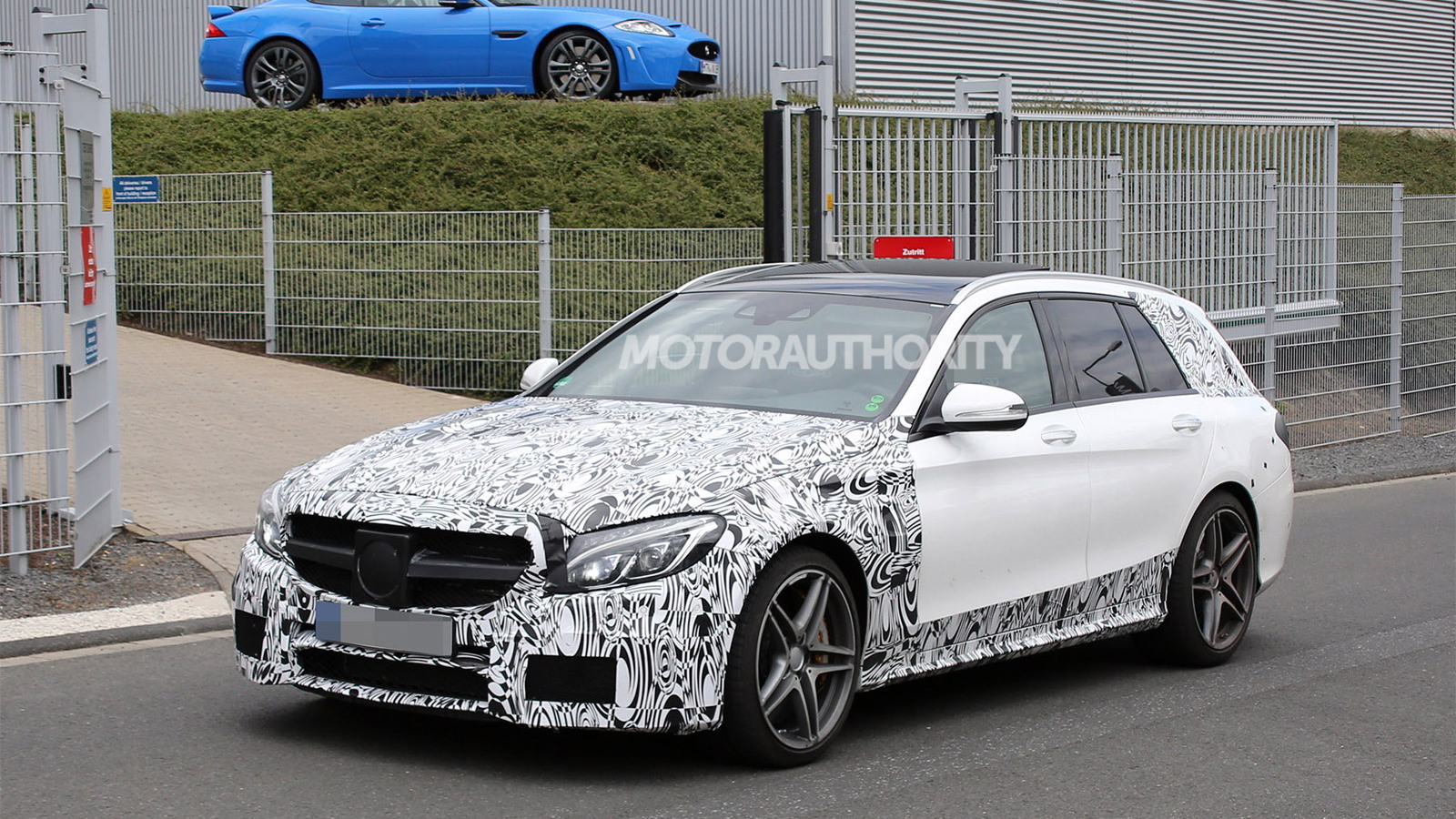 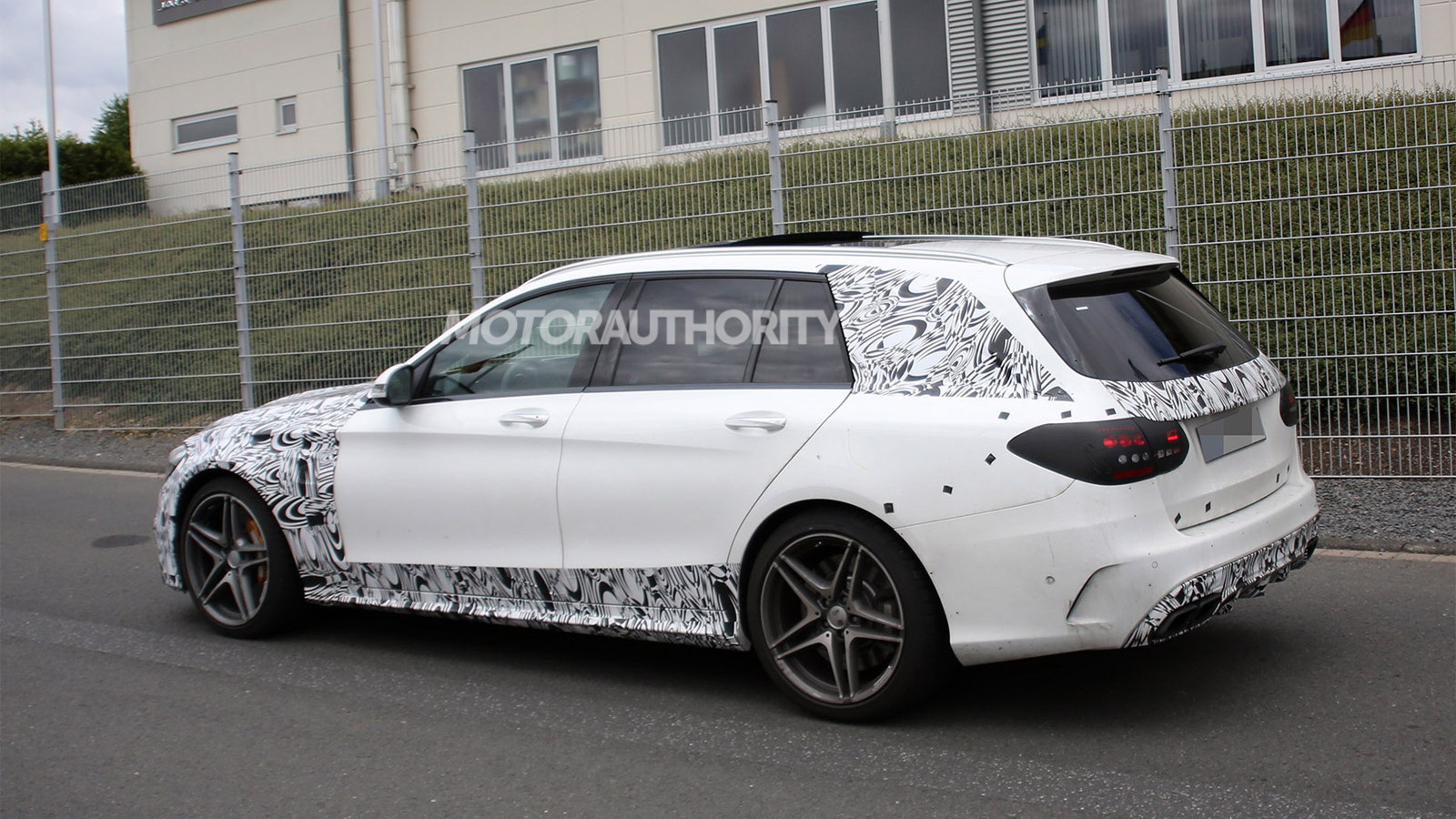 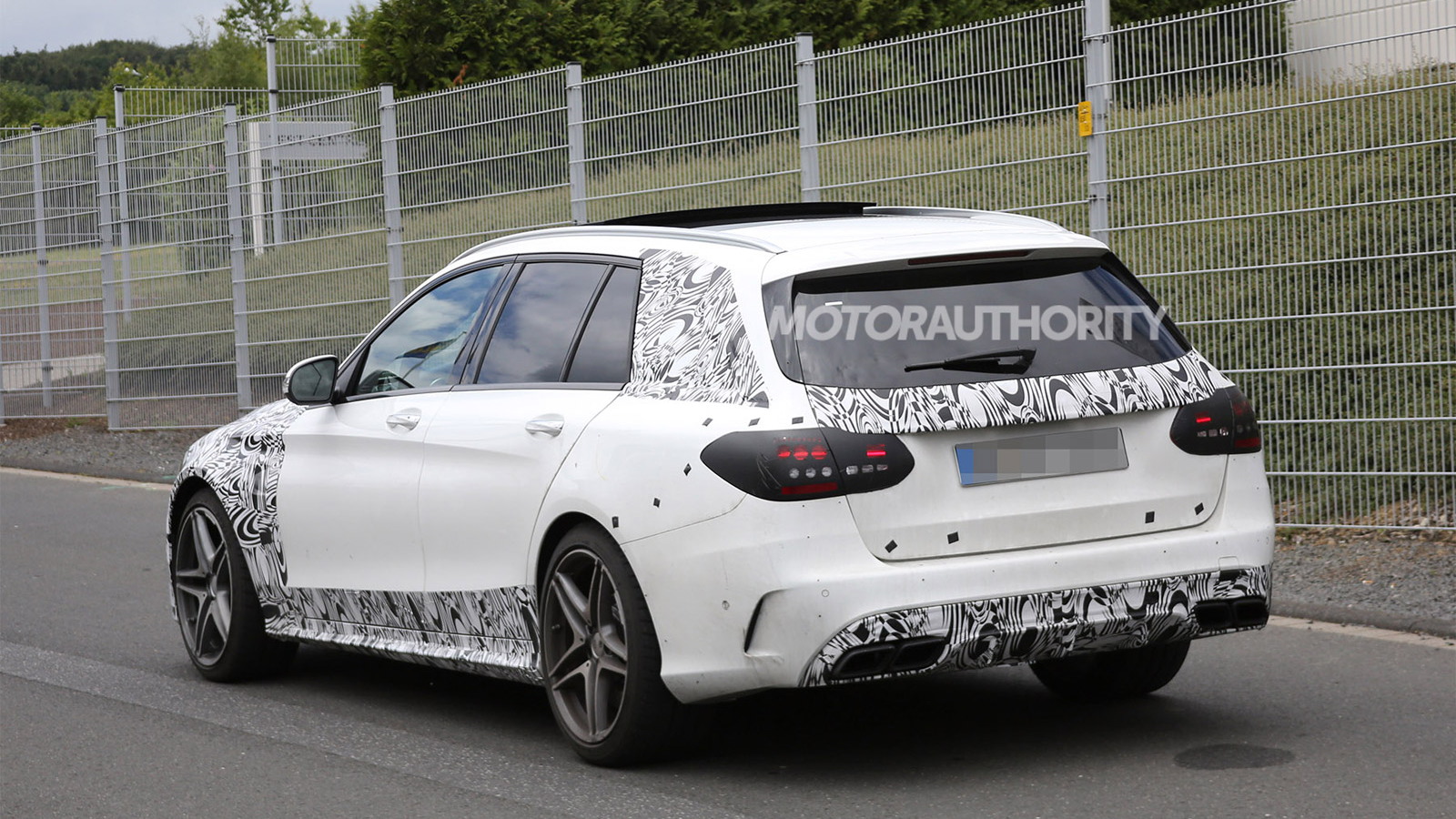 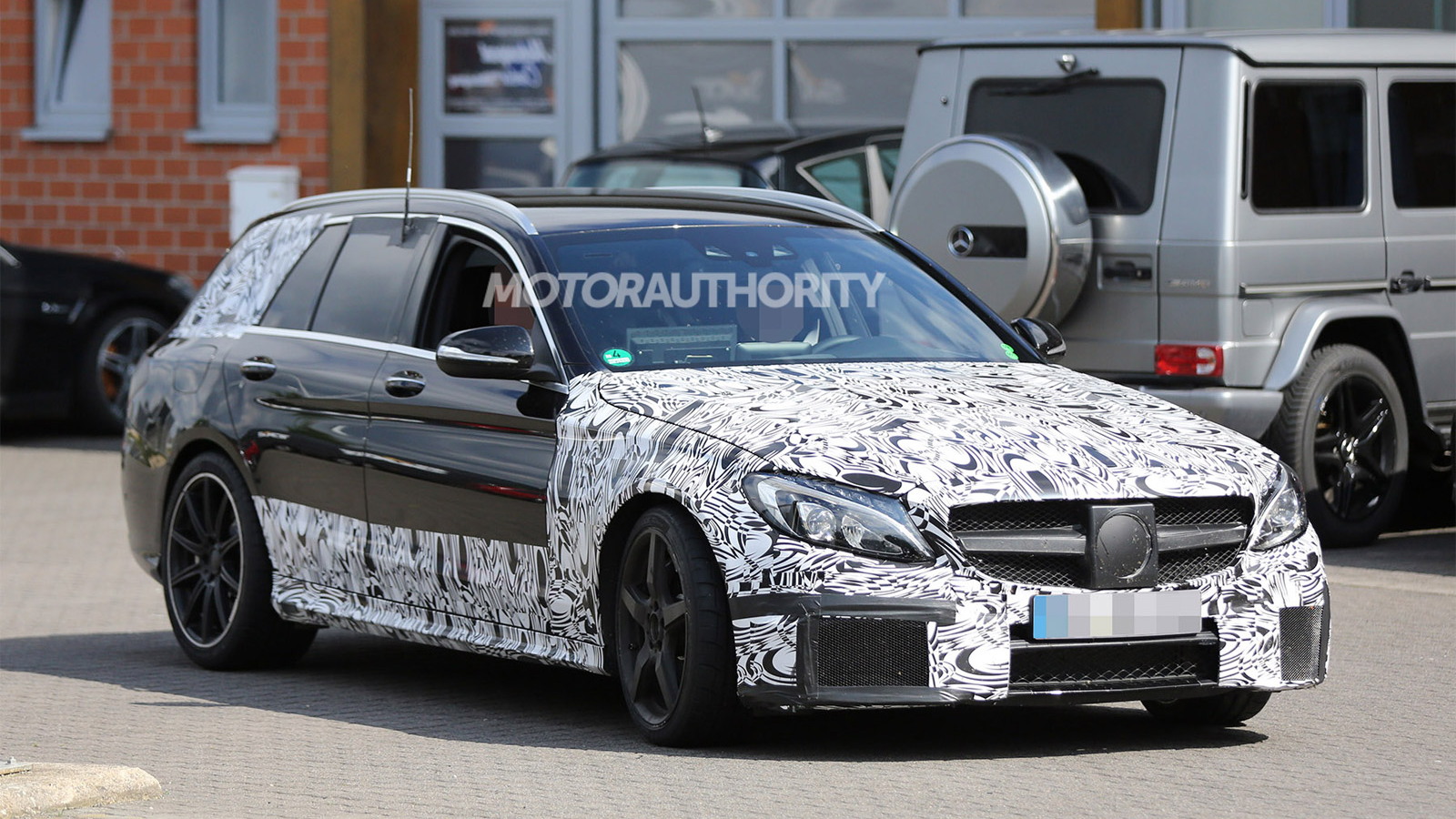 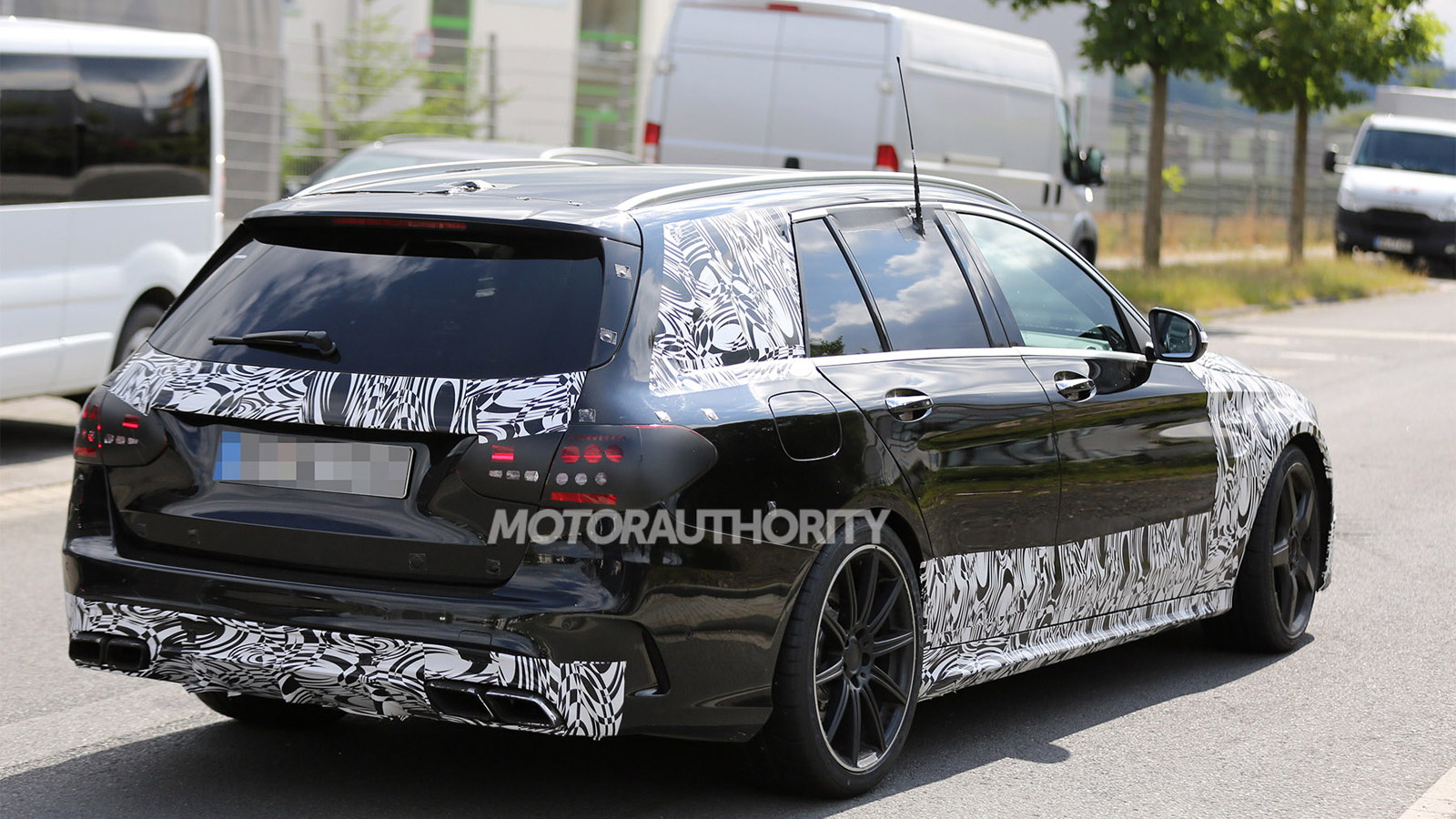 40
photos
We’ve just driven the regular versions of the all-new 2015 Mercedes-Benz C-Class, and found them to be absolutely brilliant, but the model we’re most concerned with is yet to be launched. We’re talking about the model born out of the fire and brimstone of the AMG hot house in Affalterbach, Germany: the 2015 C63 AMG.

These are the latest spy shots of the AMG version of the recently revealed C-Class wagon, or “Estate” as it’s known in most of the markets it’s sold in. We know it’s the AMG because of its four squared-off exhaust tips, AMG-style 19-inch wheels, chunky brake discs and aggressive A-wing front splitter similar to the one fitted to the latest E63 AMG.

Mercedes is expected to retain the C63 AMG moniker for its latest hotted-up C-Class despite the previous car’s 6.2-liter V-8 being replaced by a new twin-turbocharged 4.0-liter V-8. Both power and torque should rise over the levels found in the outgoing model, which rates at 451 horsepower and 443 pound-feet of torque. Performance should also be boosted considerably in the new generation thanks to the lighter and more rigid MRA platform underpinning the car.

Other features should include a seven-speed AMG SPEEDSHIFT transmission and AMG DRIVE UNIT, the latter allowing owners to modify many of the vehicle’s settings, from the speed of gear shifts to the suspension stiffness. The new car is also expected to retain a rear-wheel-drive setup here in the U.S., despite AMG’s recent moves to fit the E63 AMG and S63 AMG models with all-wheel drive as standard here.

The new C63 AMG sedan is expected to debut in the second half of the year, possibly at the 2014 Los Angeles Auto Show in November. The wagon should be revealed at the same time or shortly after. Oh, and there will eventually be a Black Series model.

Sadly, with Mercedes-Benz not expected to offer its new C-Class wagon in the U.S., it means we’ll also miss out on this awesome C63 AMG wagon. At least we still get a wagon version of the E63 AMG.