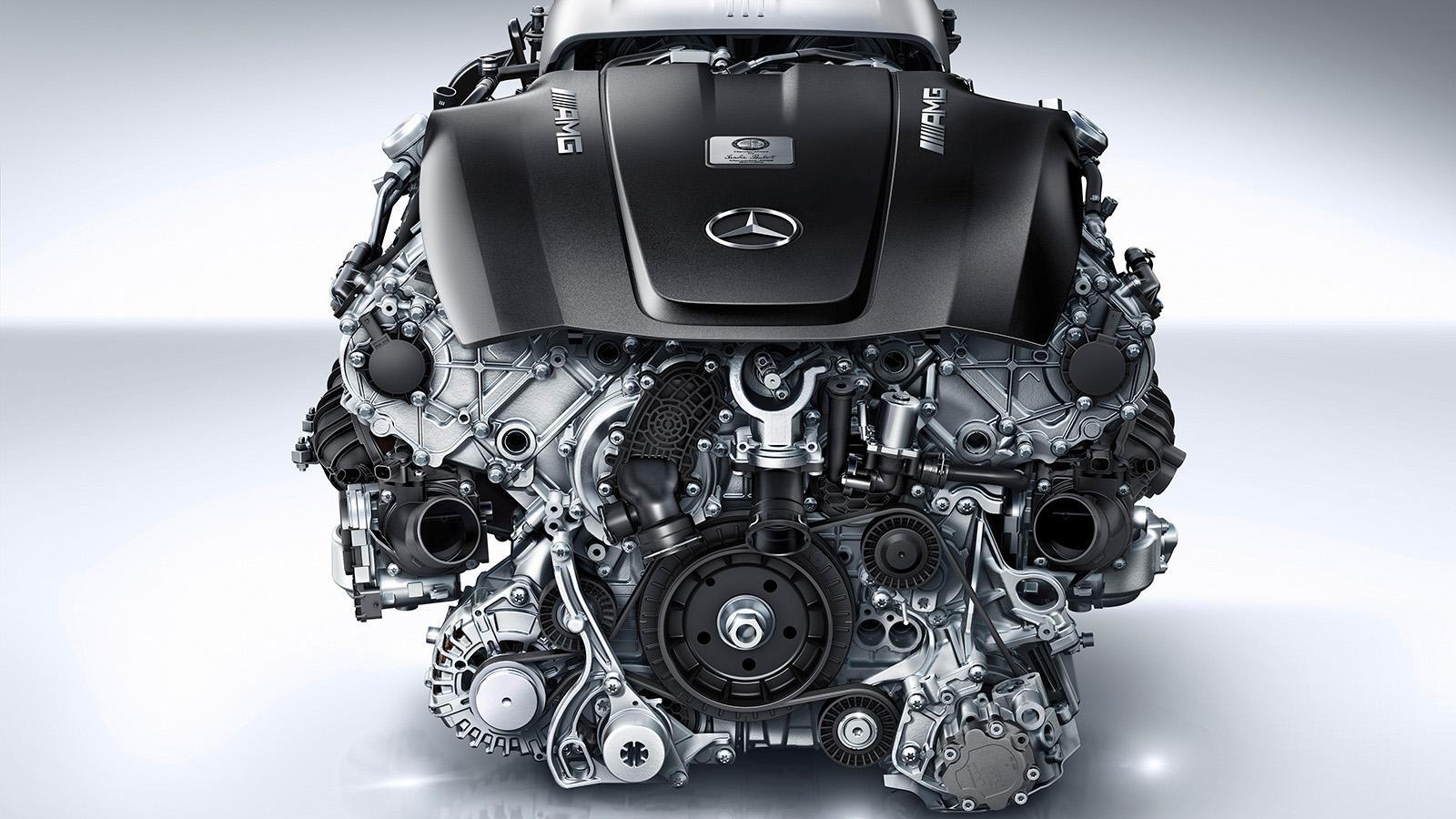 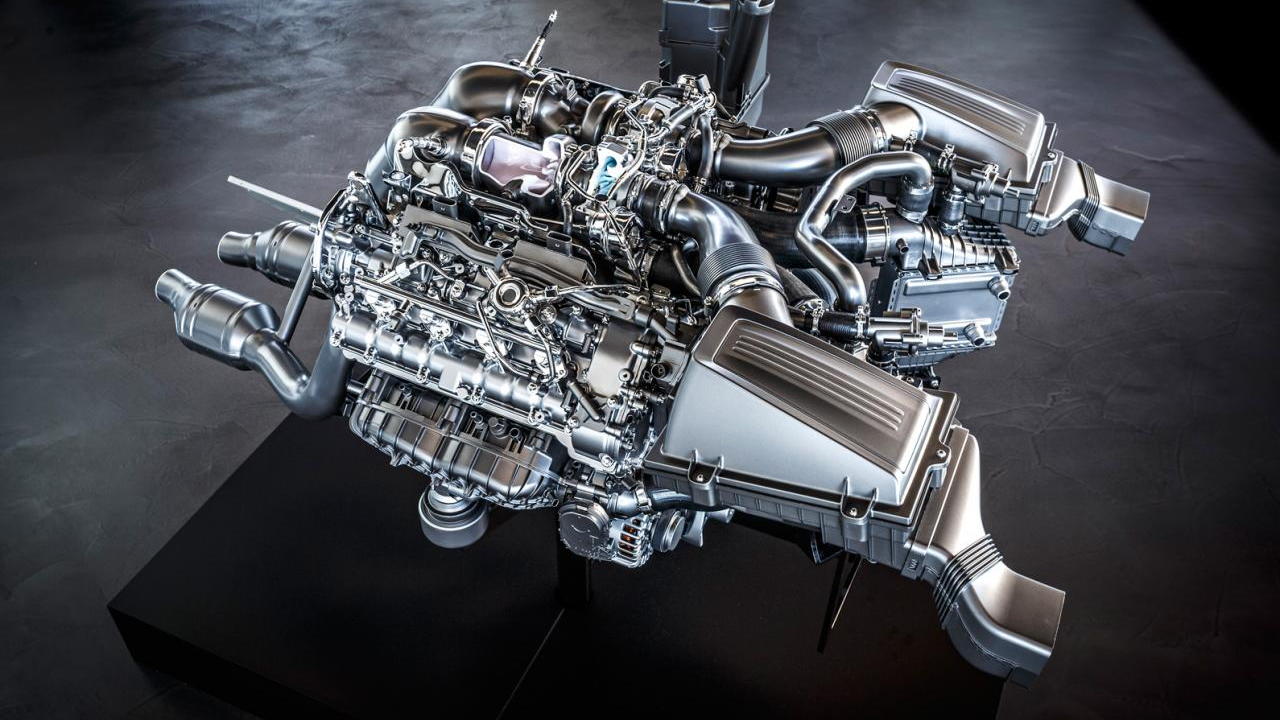 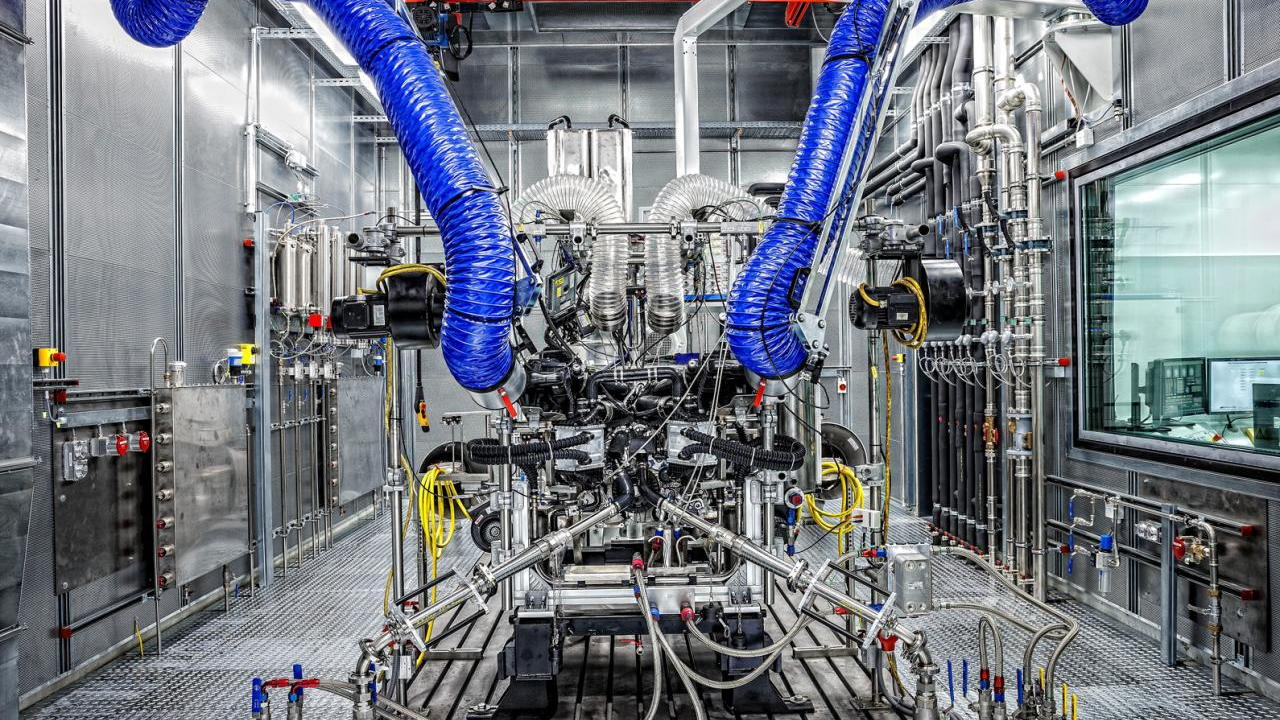 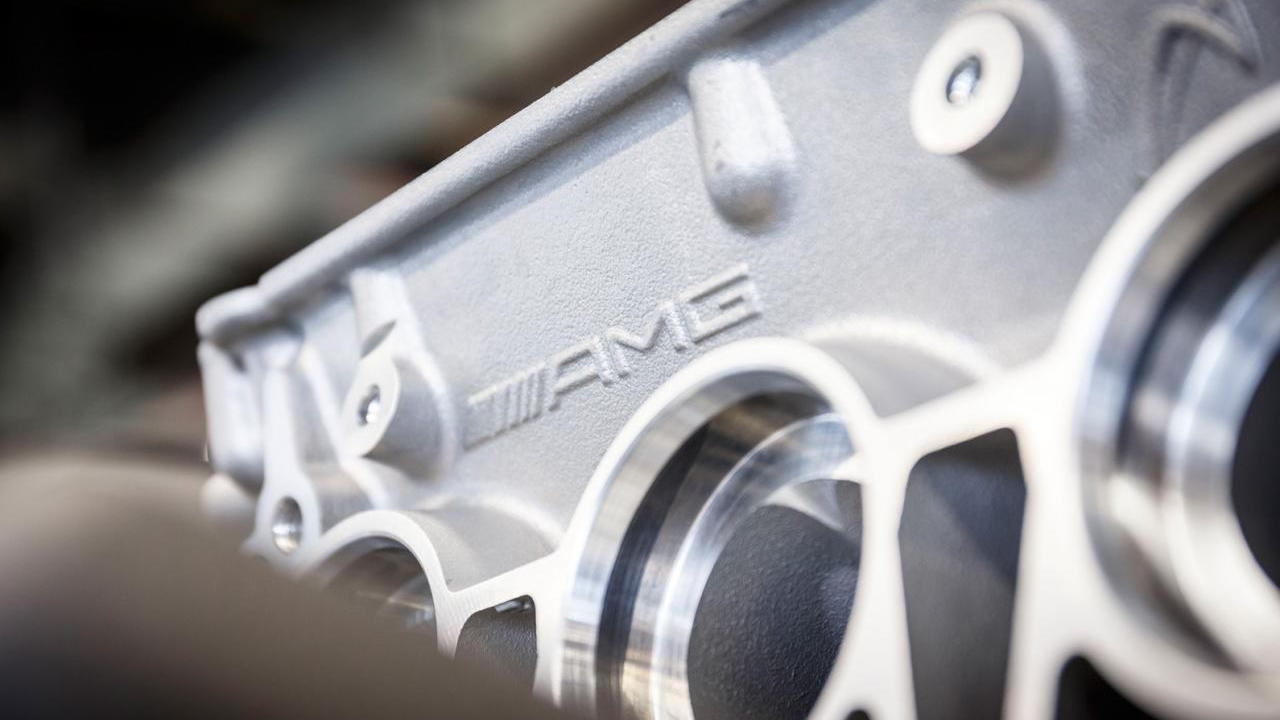 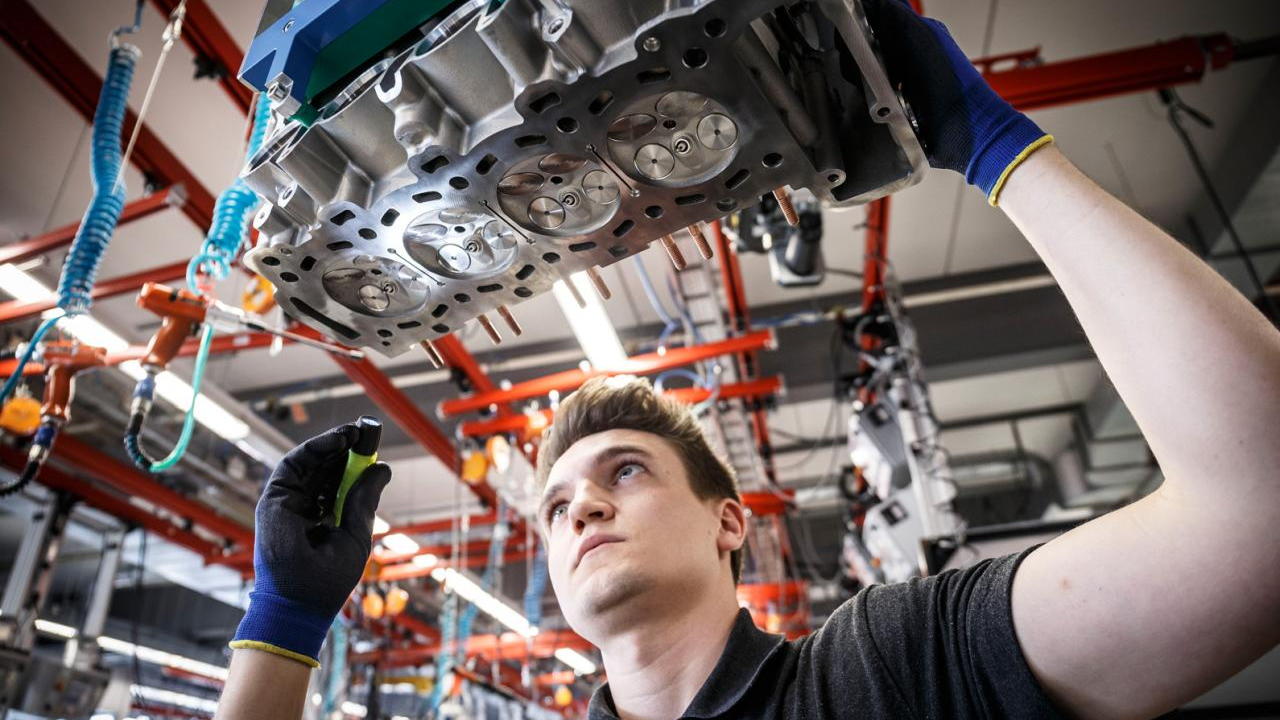 10
photos
Meet the new engine that will power the next generation of Mercedes-AMG sports cars: the M178. As expected, the engine is a twin-turbocharged 4.0-liter V-8, and its first application will be in the new Mercedes-AMG GT.

The engine has been fully developed by the engineers at AMG and features a smorgasbord of advanced powertrain technologies including direct fuel injection, flow-optimized cylinder heads, forged internals, dry sump lubrication and nano-slide coating for the cylinder walls. It features the same 83- and 92-millimeter bore and stroke measurements as the turbocharged 2.0-liter mill found in AMG’s compact range, and its pair of turbos, built by Borg Warner, nestle in between the cylinder banks which are mounted at a 90-degree angle.

The end result is one of the most powerful production engines in the world, in terms of output per liter, with the M178 in its initial state of tune delivering a peak 503 horsepower at 6,250 rpm and 479 pound-feet of torque from just 1,750 rpm and rising all the way up to 4,750 rpm. However, since the engine serves as the replacement for AMG’s naturally aspirated 6.2-liter mill, which in its most potent form develops 631 horsepower, you can bet the tuning gods at Affalterbach have much more in store for the new M178.

The reason there is so much potential is because much of the design has been borrowed from the world of motorsport, with the Formula One engine builder Mercedes AMG High Performance Powertrains based in Brixworth, England likely to have lent a hand in the design. The cylinder heads, for example, feature zirconium alloy for maximum temperature and thermal conductivity, while the cylinder walls get a nano-slide coating for minimal friction.

Further down, the crankcase is produced using sand casting technology and features a closed deck design which ensures extreme crankcase stability, and thanks to dry sump lubrication technology no oil pan is needed, helping to lower the engine’s center of gravity. Finally, exceptional engine response is said to be created due to the precise routing of fresh air into the exhaust turbo chargers, helping to reduce dreaded lag.

As mentioned, its first application is in the Mercedes-AMG GT, which is due for a reveal this fall. It's also destined to appear in the next Mercedes-Benz C63 AMG, which should hit the auto show scene at the end of the year. As a preview of what the new engine will be like, you can hear it start up and rev in a series of teaser videos.