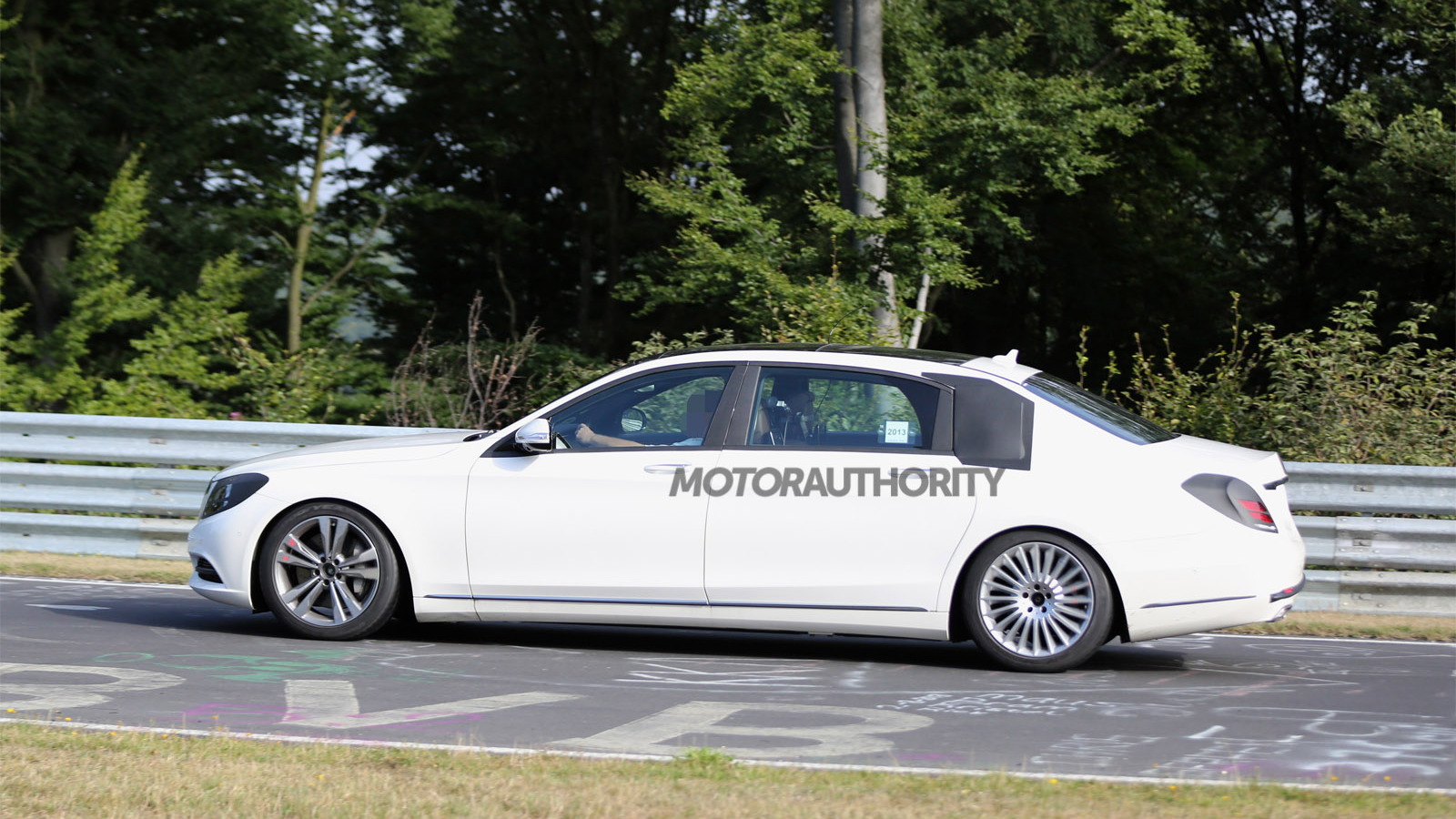 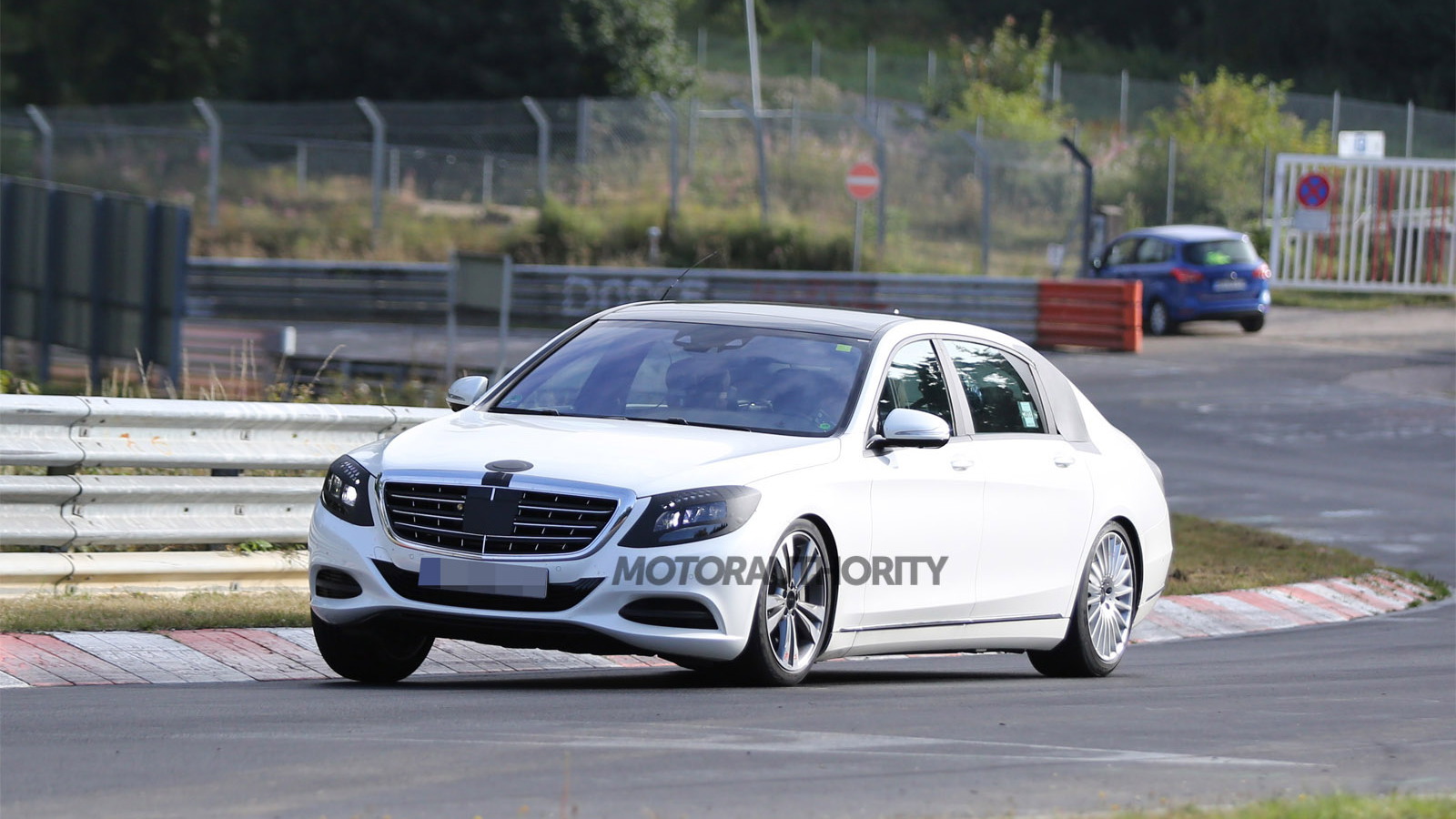 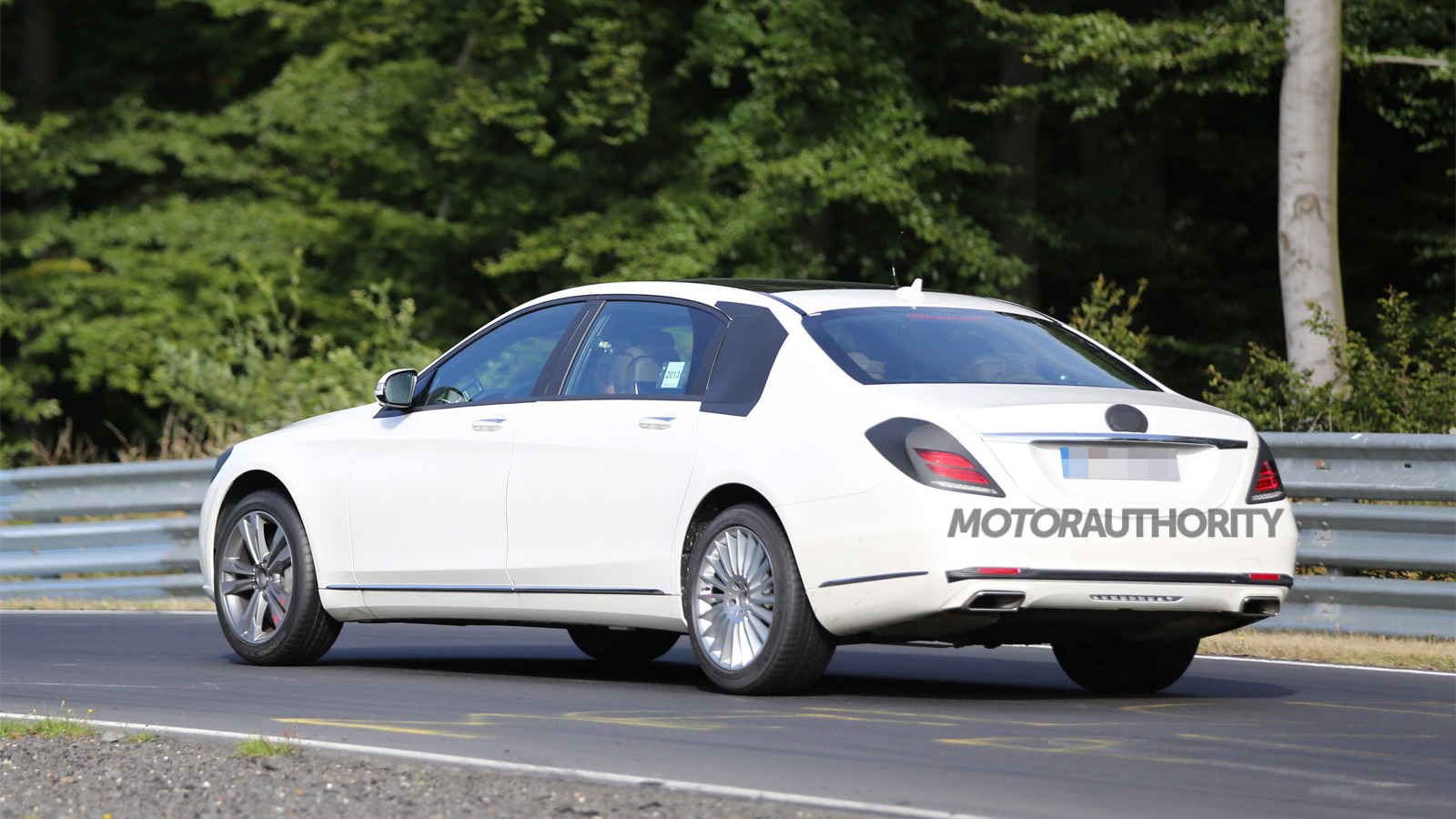 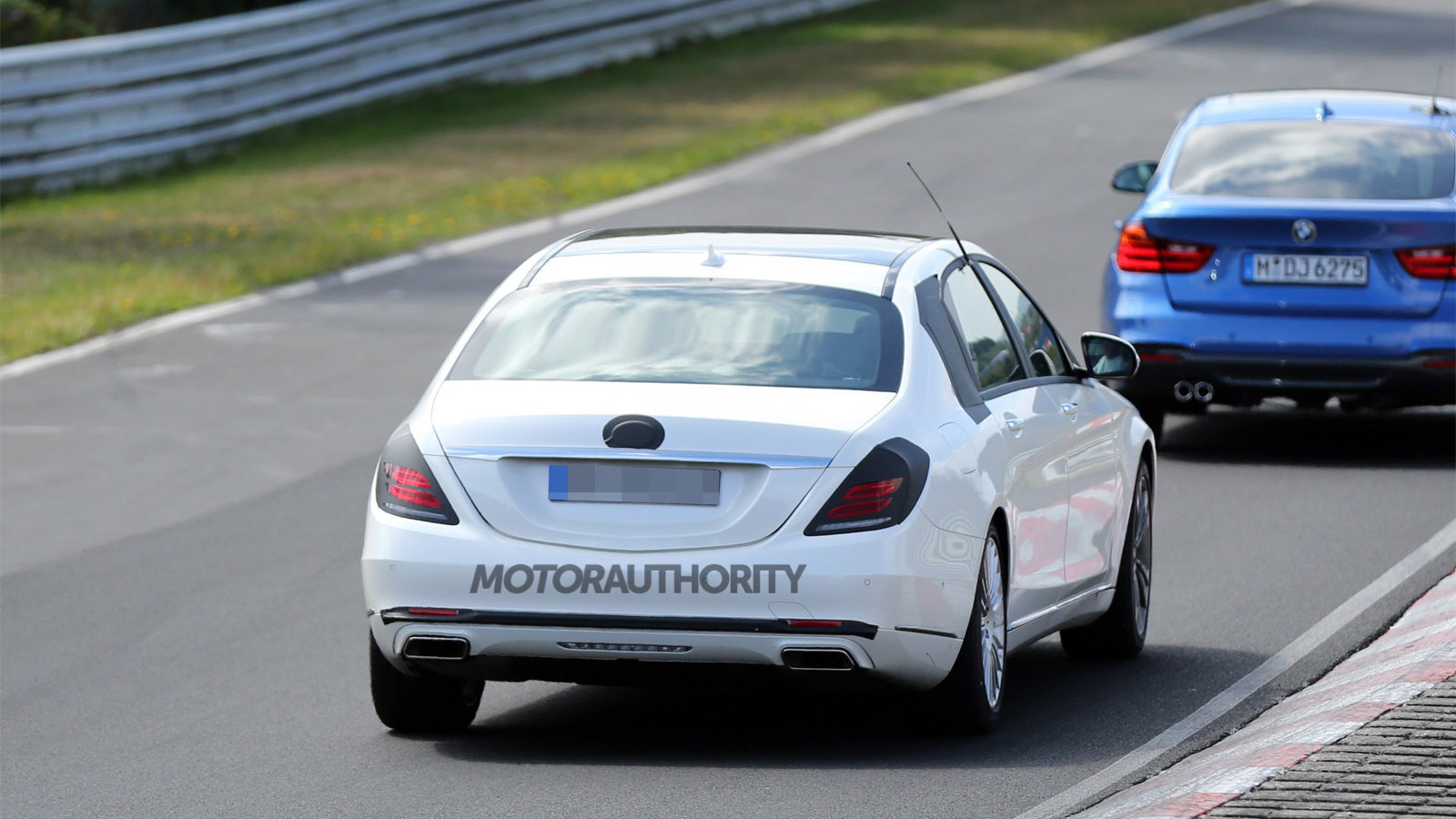 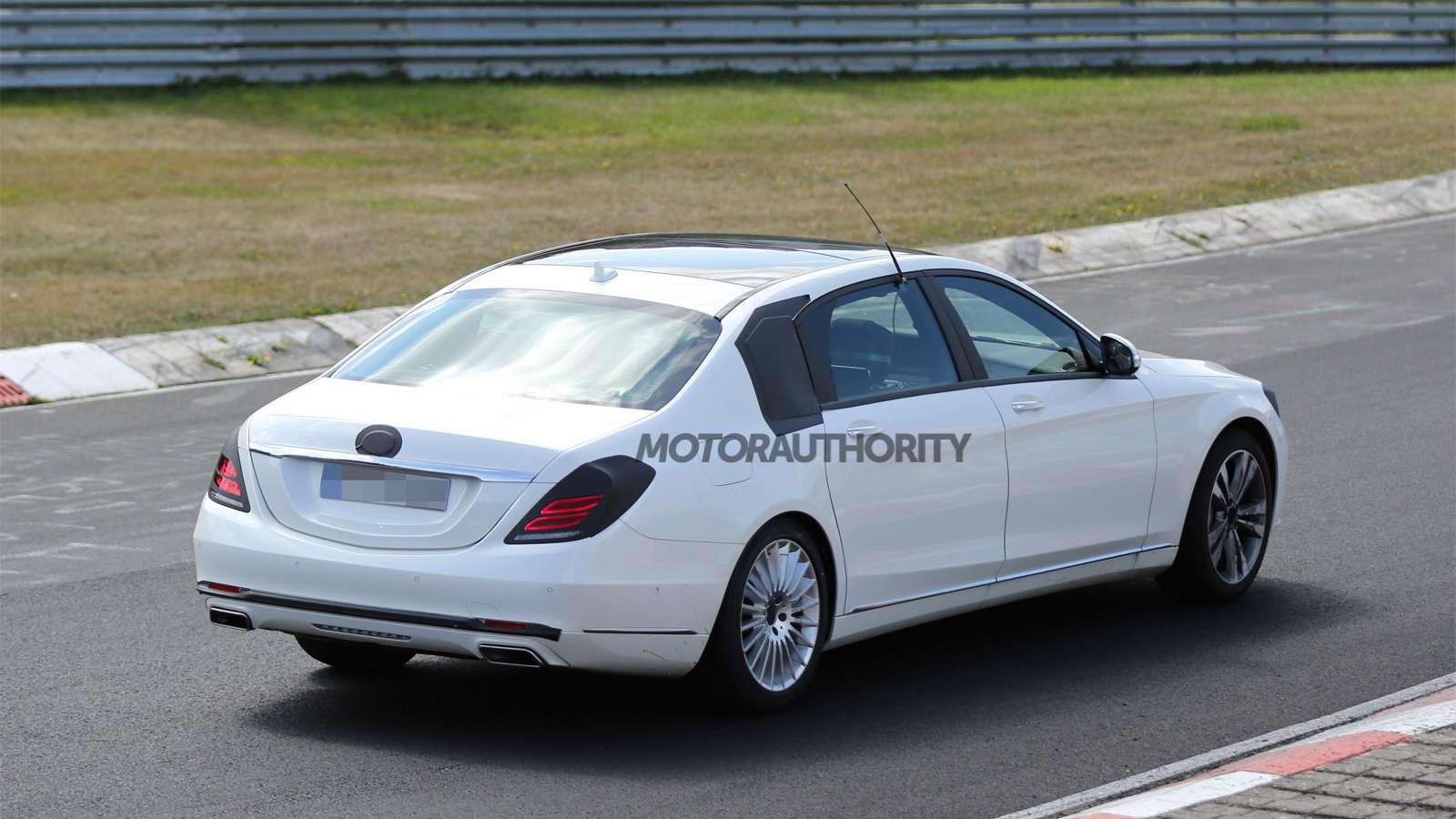 32
photos
These are the latest spy shots of the stretched 'Maybach' version of the latest-generation Mercedes-Benz S-Class. Up to six different S-Class variants will eventually be launched, including this S-Class Maybach, which we’re expecting to be revealed later this year, as a 2015 model.

Once a standalone brand, Maybach is expected to be turned into a sub-brand for ultra-luxurious Mercedes models, just as Mercedes-AMG is a sub-brand for the automaker’s high-performance models. And this stretched S-Class will be the first to get the Maybach treatment, and once launched will serve as the replacement for the ill-fated Maybach 57 and Maybach 62 sedans.

As the spy shots reveal, the S-Class Maybach will feature longer rear doors and an additional window positioned on the trailing edge of the rear door. The extra length, believed to be an additional eight inches, will primarily be used to offer more legroom in the rear.

The car will be aimed at both limousine hire companies as well as rich businessmen. The model is expected to be especially popular in China where it’s common for well-heeled individuals to have their own personal driver. Note, an even longer ‘Pullman’ model is planned, and this is expected to have three rows of seats.

To help differentiate the S-Class Maybach from its more plebeian cousins, expect unique styling treatments on the lights, wheels and possibly even the grille. The range-topping trim should be an S600 Maybach, complete with a twin-turbocharged 5.5-liter V-12 engine. A 455-horsepower V-8 should be offered in an S550 Maybach and a hybrid model should also be launched. Don't expect an AMG badge on this vehicle.

Along with powerful engines, the new S-Class Maybach will also benefit from all the technology of the 2014 S-Class. This will include the Steer Assist autonomous system as well as Pre-Safe accident avoidance and harm minimization features, driver weariness monitoring and the latest COMAND interface.

As for pricing, you can bet it will be expensive, though don’t expect its sticker to fall anywhere near the $379,050 starting price of the final Maybach 57. A figure of around $200k is likely, making it a rival for the likes of the Bentley Flying Spur and Rolls-Royce Ghost.

Stay tuned for updates as the development of the 2015 Mercedes-Benz S-Class Maybach continues, and look for a debut at auto shows in Guangzhou and Los Angeles later this year. Other S-Class variants still in the works include the aforementioned S-Class Pullman and a new S-Class Cabriolet.