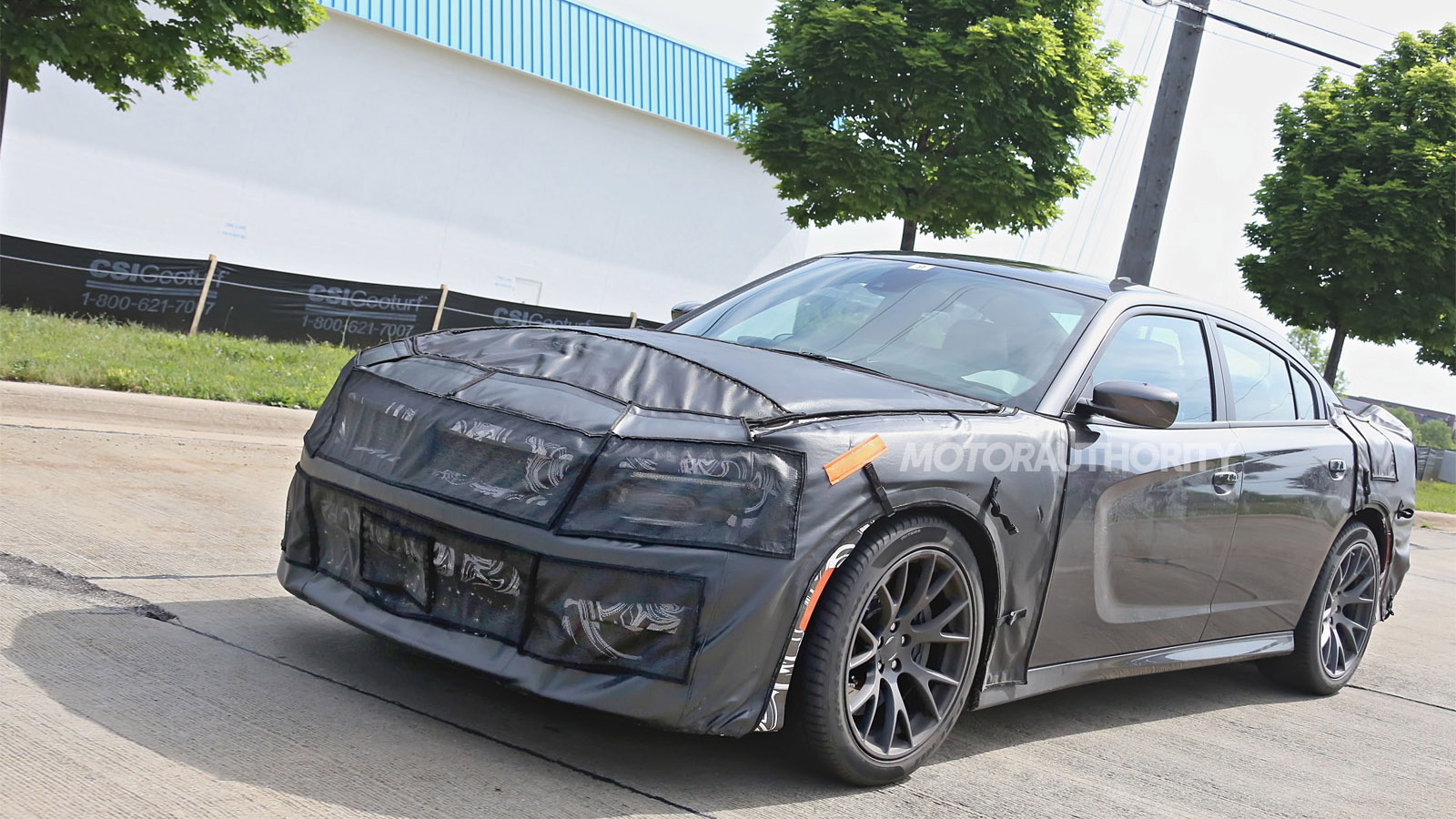 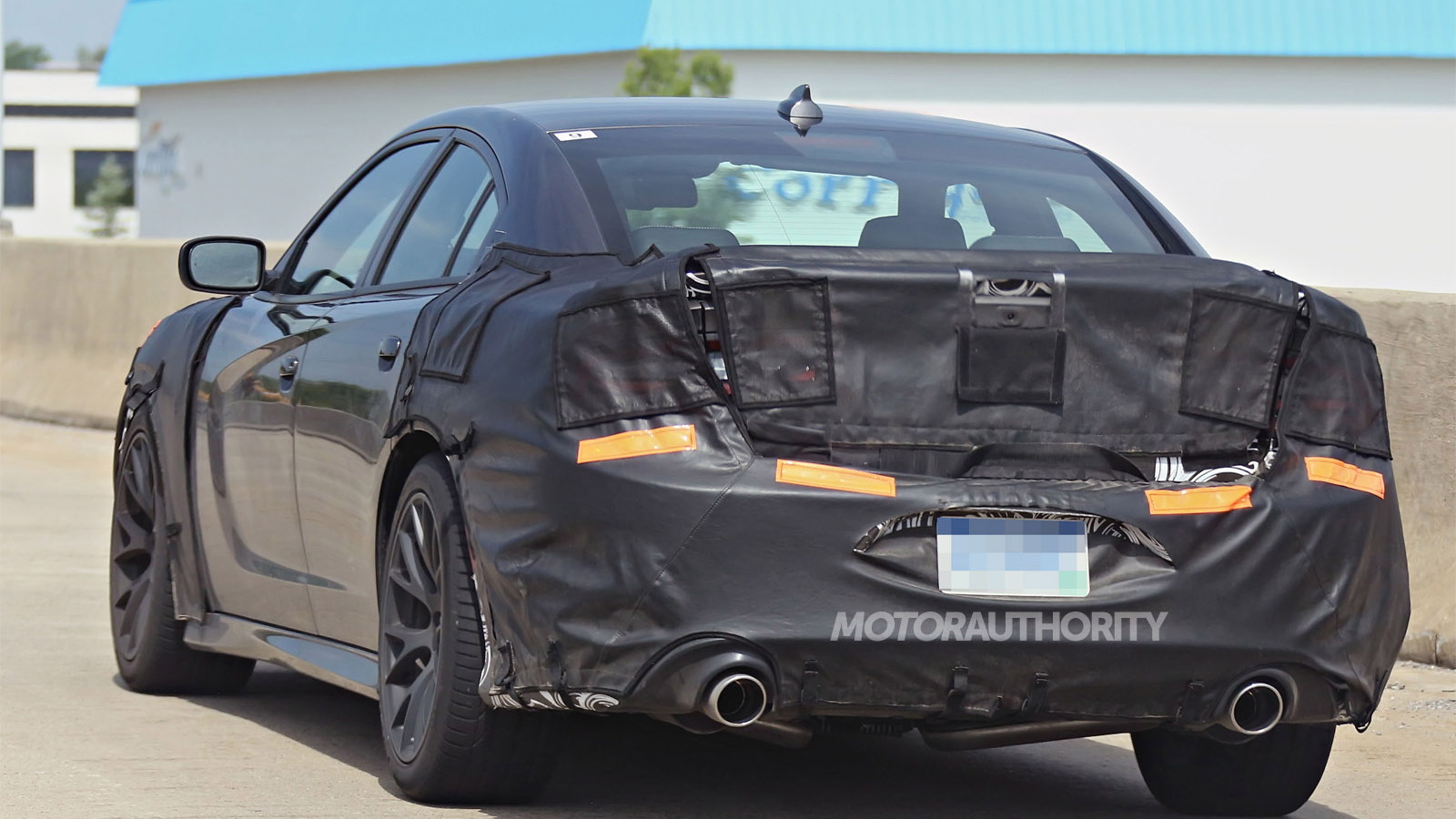 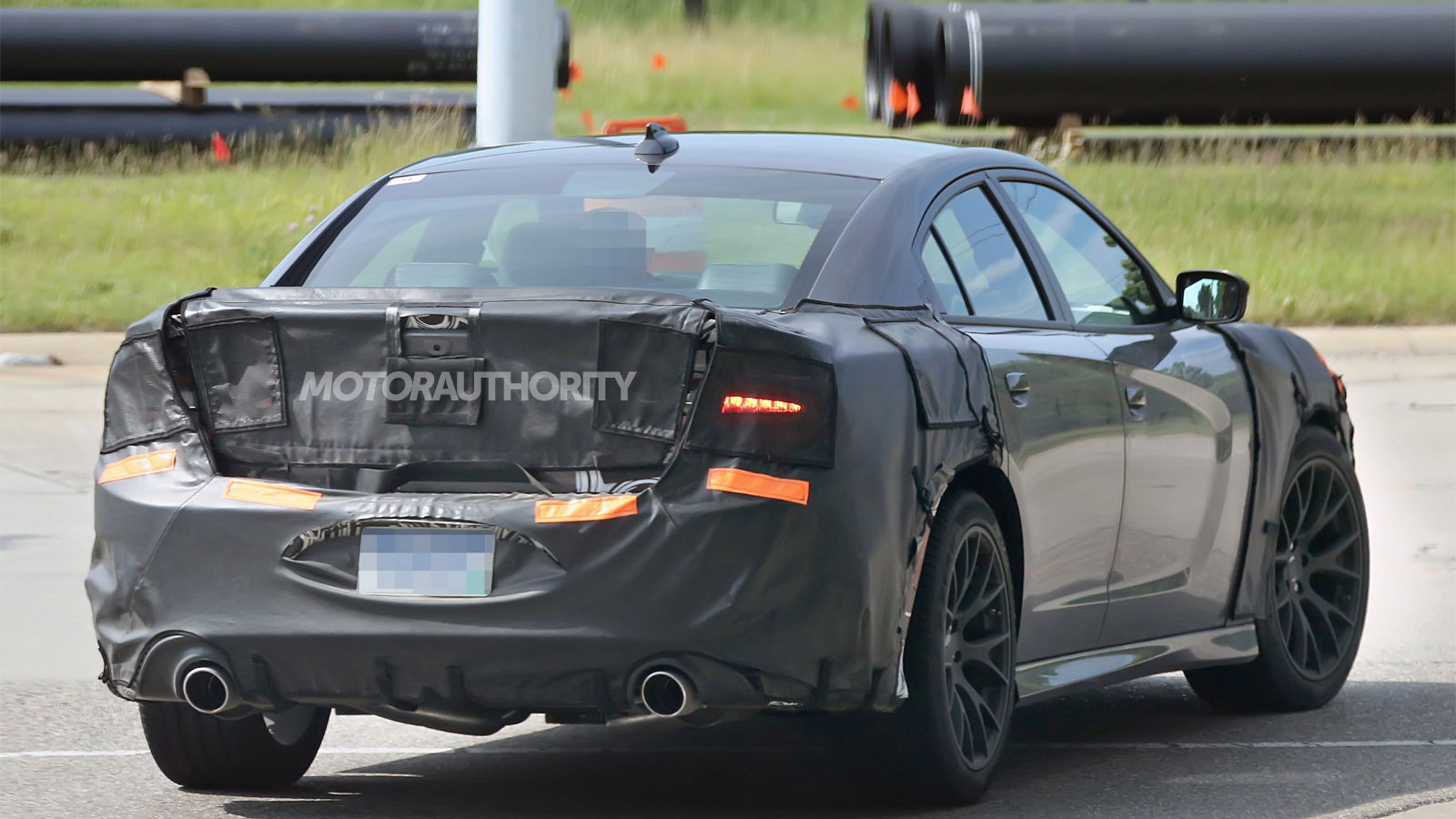 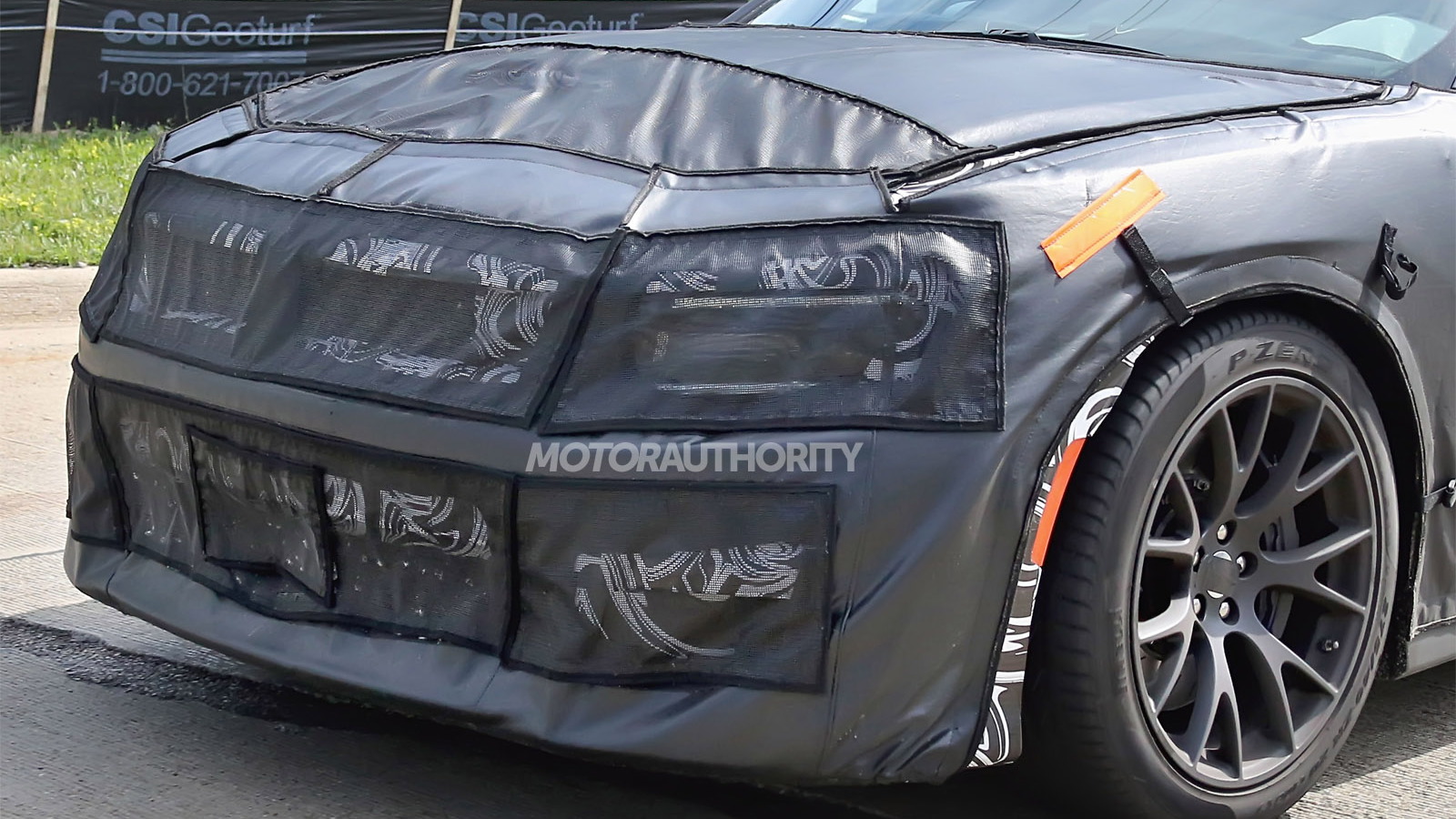 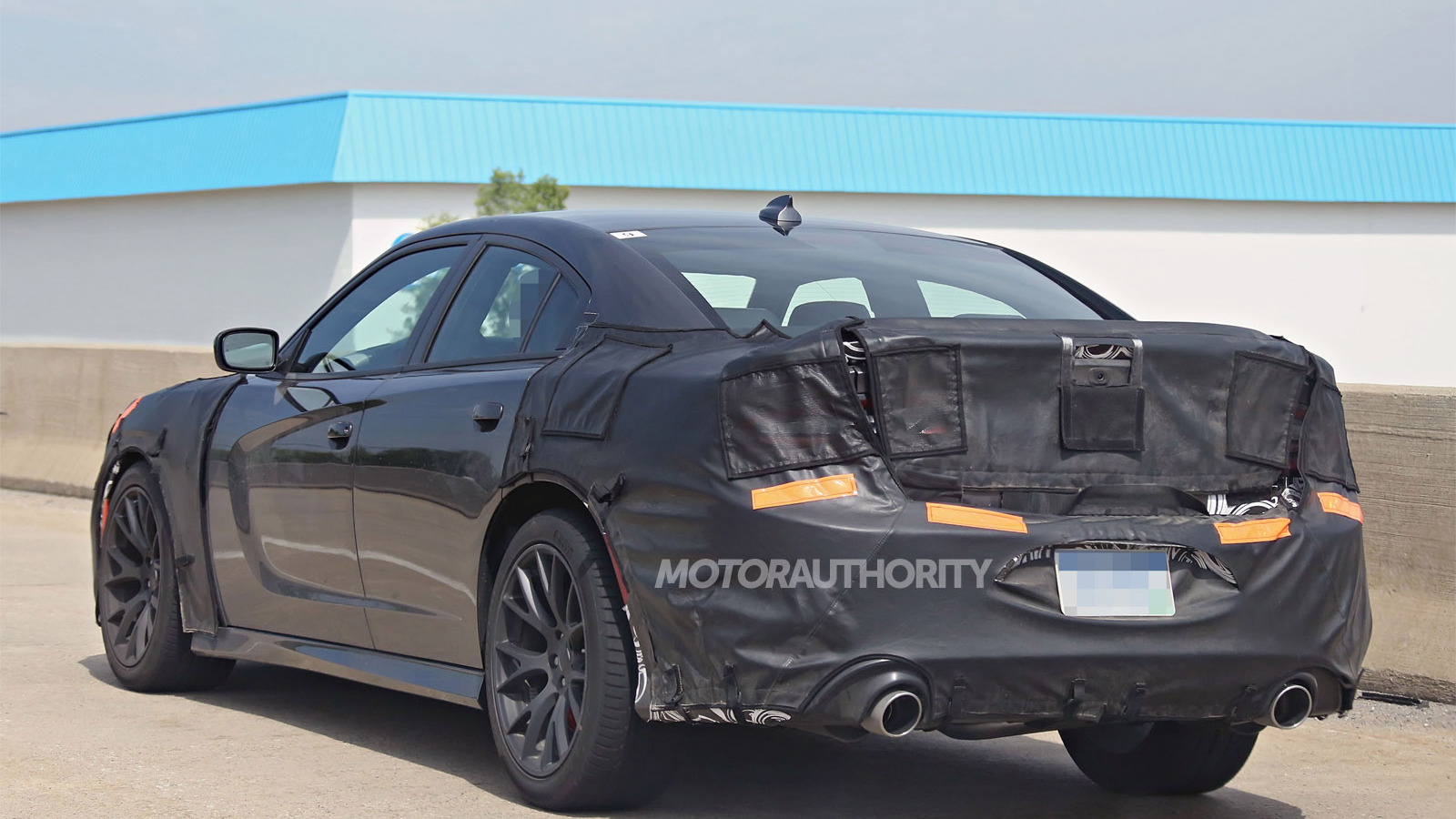 6
photos
This is the first look at the upcoming 2015 Dodge Charger SRT, and it may even be the one that will hold the HEMI Hellcat engine.

Based on the redesigned 2015 Dodge Charger sedan, the SRT model should sport—at the least—a 6.4-liter HEMI engine good for 485 horsepower and 475 pound-feet of torque, just like the 2015 Challenger SRT.

But if the Charger gets the HEMI Hellcat engine as well, its 6.2-liter supercharged arsenal of 707 horsepower and 650 pound-feet of torque should come with it--again, just like the Challenger SRT Hellcat

Beyond the powertrain, however, the 2015 Charger SRT should also score some other upgrades, including those found on the standard 2015 Charger, such as racetrack LED lighting, LED daytime running lamps, and completely redesigned front and rear end styling.

From what we can spy in the photographs, the visual updates will go even further in SRT trim, including a deeper front air dam, a large front spoiler, and widened air intakes. A ducted hood, twin exhausts, and larger wheels and tires can also be expected, as well as upgraded brakes and suspension, as with any SRT variant.

Inside, upgraded technology shared with the base Charger should include a new 7-inch TFT screen in the instrument cluster, and an 8.4-inch touchscreen in the center. The Uconnect telematics system, including roadside assistance, theft alert, WiFi hotspot, and more should also be available.

The 2015 Dodge Charger SRT should begin around the time of the standard model in the fourth quarter of 2014, with the first production examples hitting owners’ driveways in 2015.